On a beautiful evening after a long and uneventful day of birding, a friend and I wandered over to Coors Field to see a Rockies Game. We parked in a sketchy dirt lot under a highway ramp for $20 and hid anything that might be conceived as valuable.

We bought our tickets at the gate. We sat in the upper deck just on the home plate side of first base. From this angle we could see the mountains in the distance. Our view of first base was obscured by the railings around a stairway, so we moved down to the front row. The view was better here, but after an inning four women showed up with tickets to the seats we were in. By this time, other people were sitting in our seats, so we moved down a section, still in the front row. The park wasn’t very crowded.

The game was a tight pitchers’ duel for the first five innings, but the Mets hit three home runs in the sixth including Pete Alonso’s league leading 48th. Charlie Blackmon hit a meaningless home run for the Rockies in the 9th. The Rockies looked lifeless, like the last-place club they are. There really wan’t much excitement in the game, but we had a pleasant, relaxing three hours and were home by 10:45.

Pete Alonso, with Tony Wolters behind the plate for the Rockies. 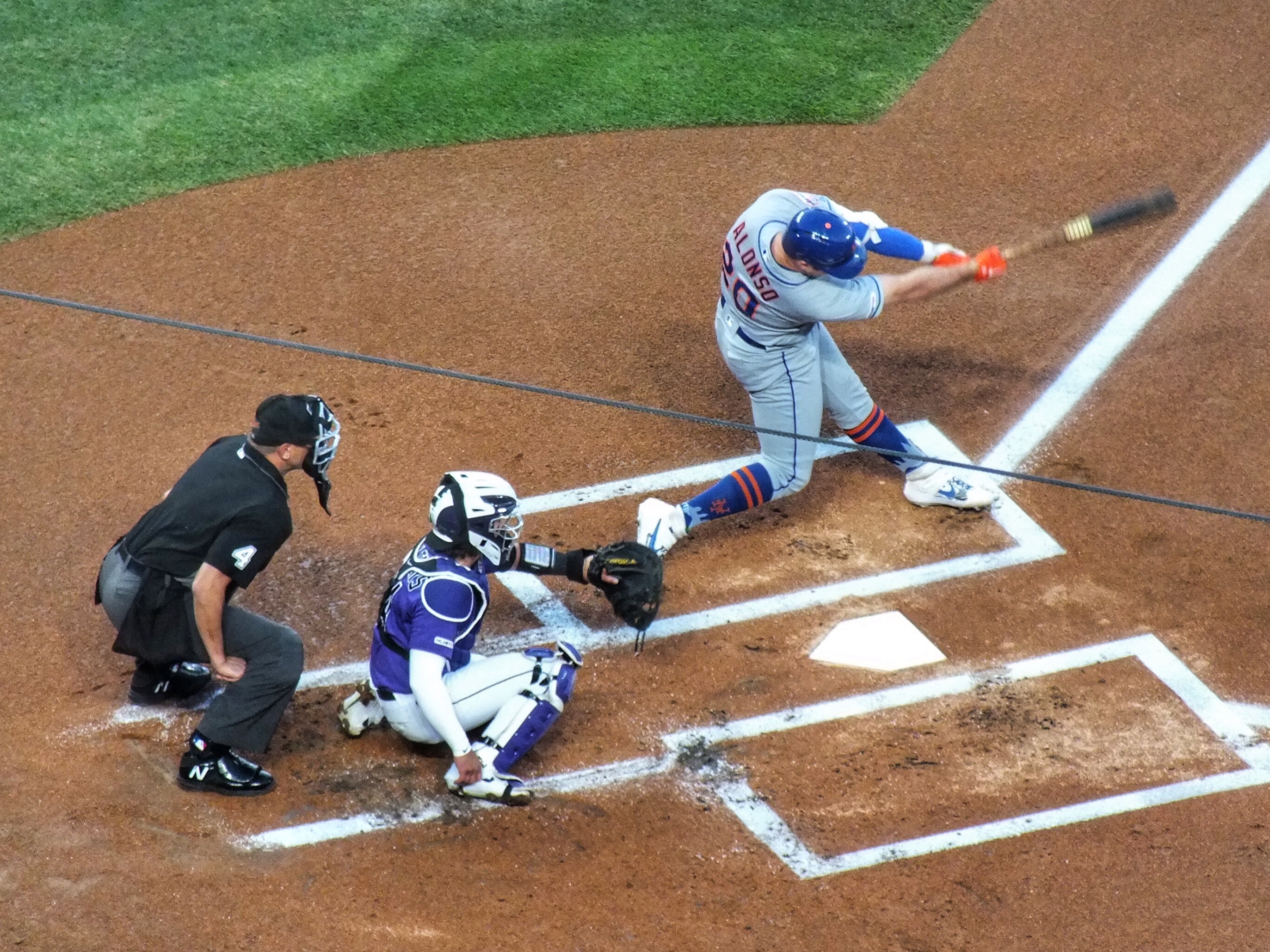 Nolan Arenodo, with Wilson Ramos catching for the Mets. 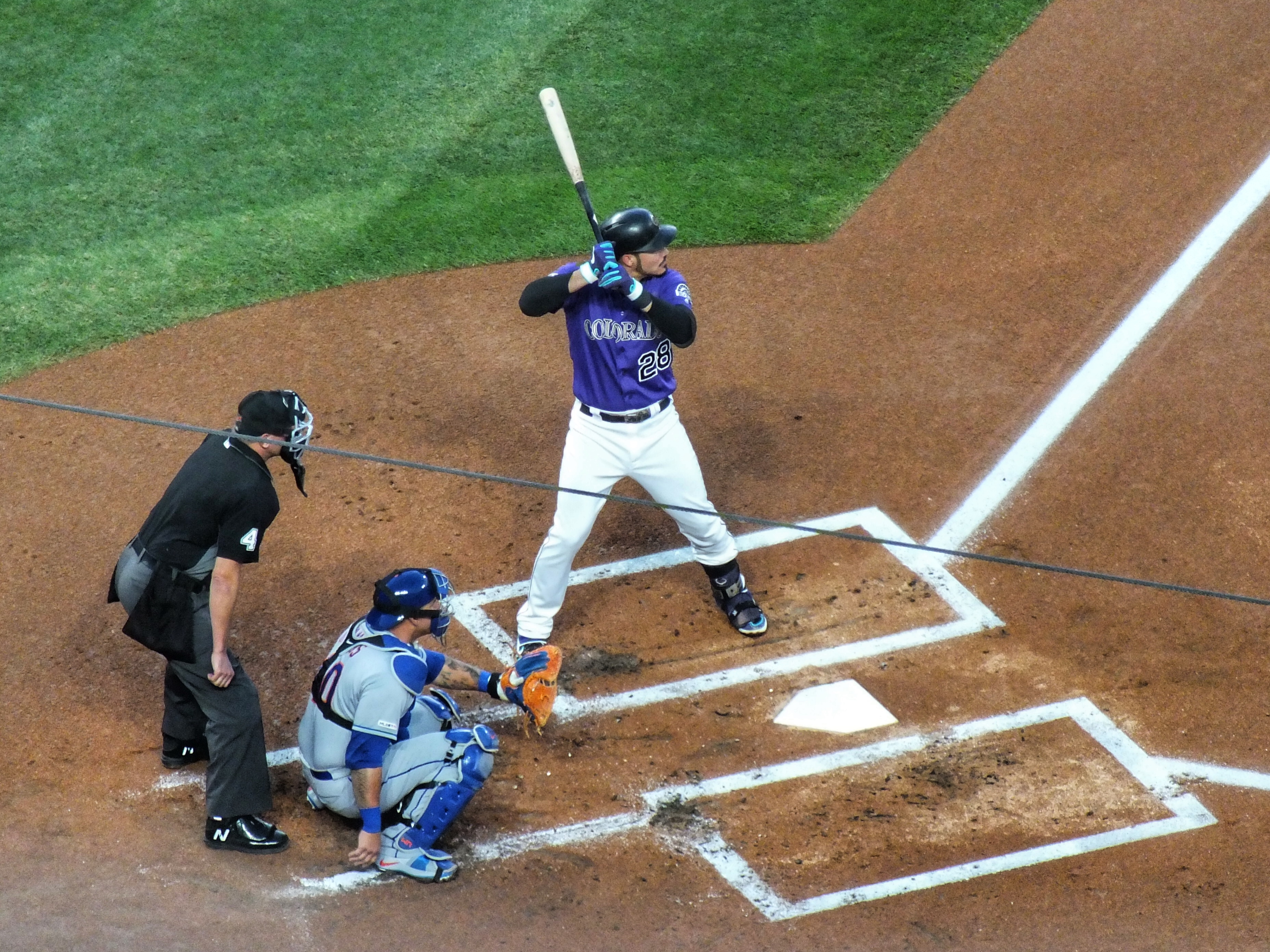 I had forgotten that Phil Regan—at 81 years of age—was the pitching coach for New York. He went out for a mound visit in the later innings and actually trotted off the field. 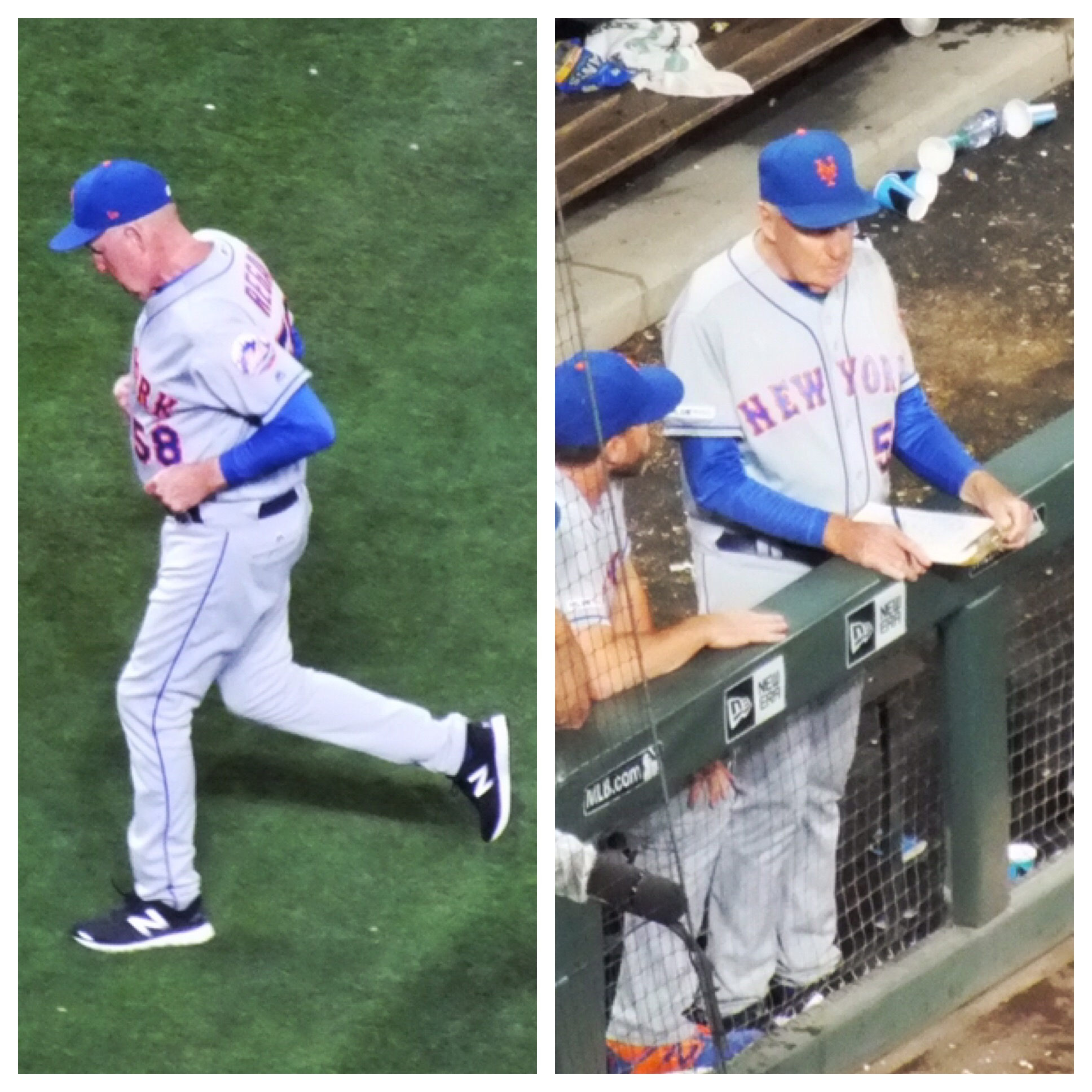 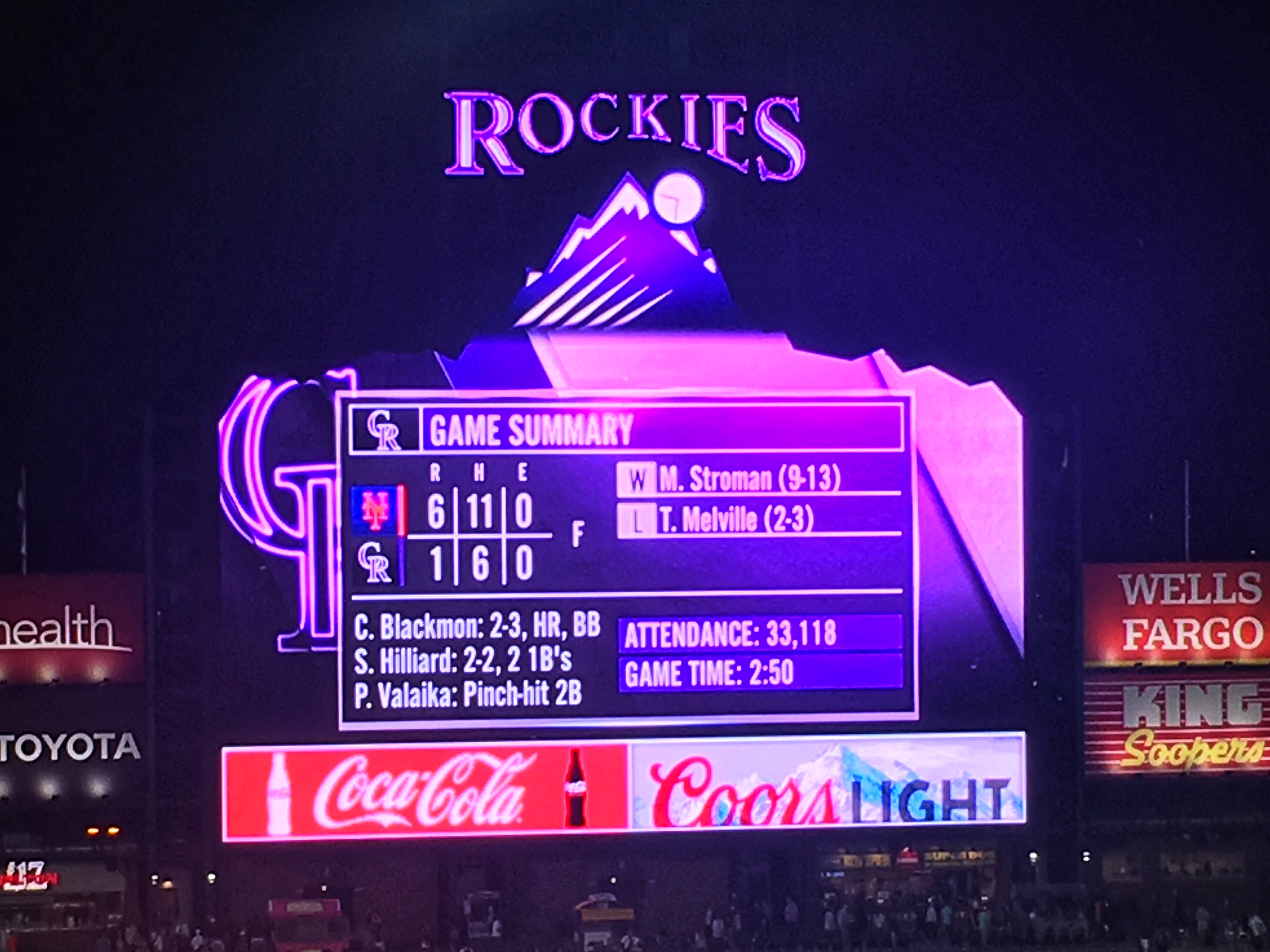 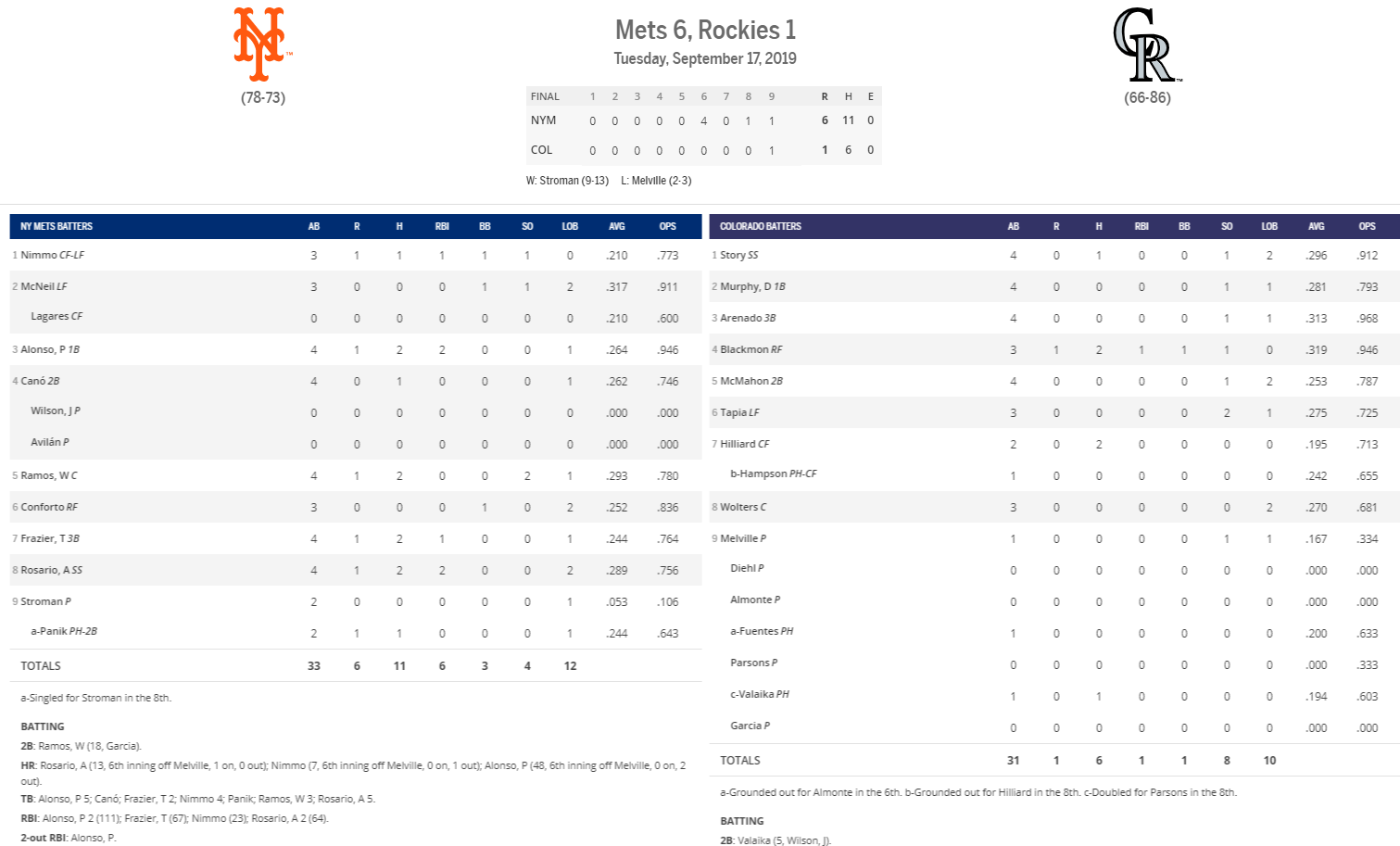 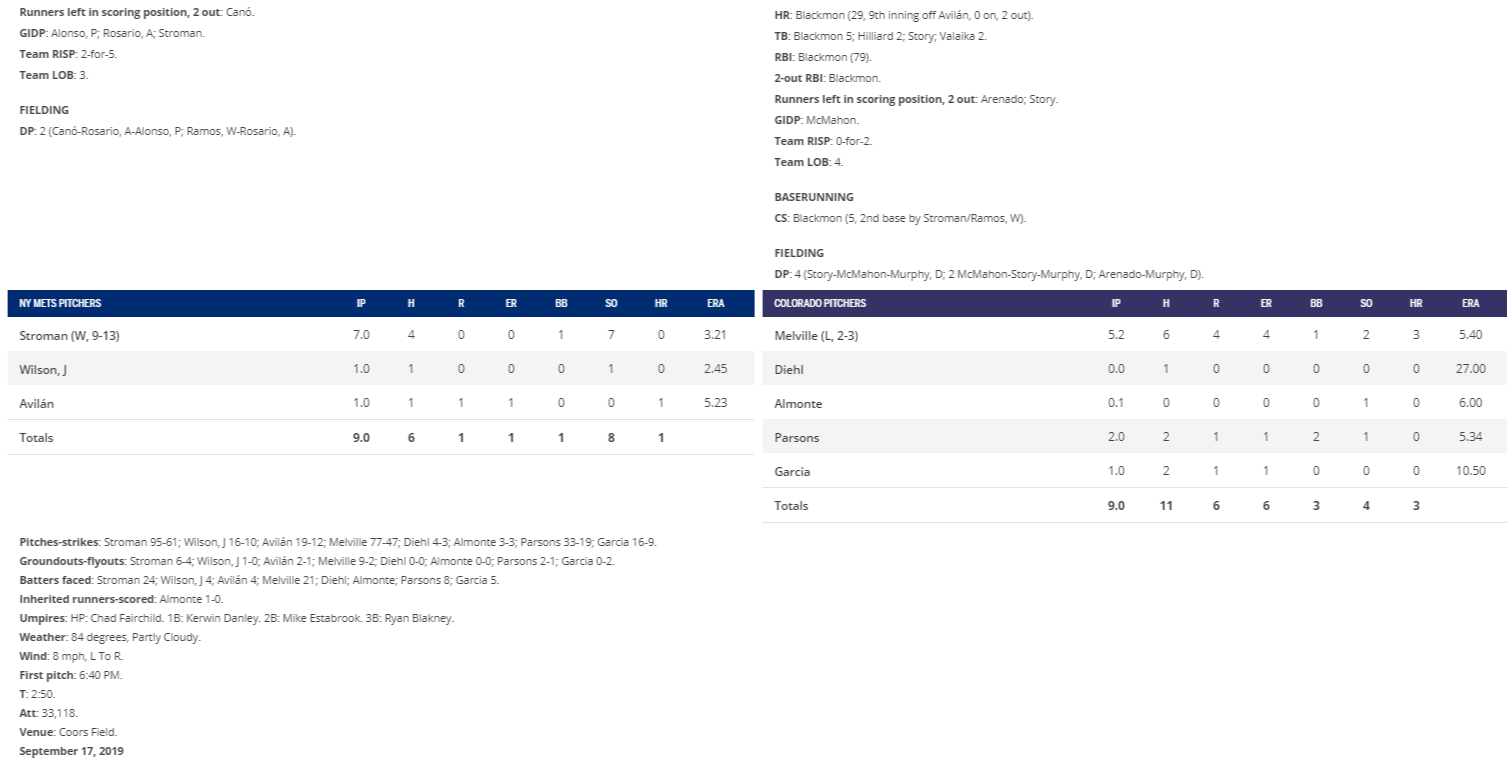