Is It Still Birding When You Don’t See Many Birds?

A friend is in town for a week. We headed to Denver to bird on Tuesday. Our first stop was Sand Creek, where I saw the Groove-billed Ani 10 days ago. It’s been seen in the general vicinity every day since, but I had no idea where along the half mile of creek it was likely to be found. Since it spends chunks of time hunkered down in the vegetation, I figured we were in for a long search.

I parked in the same place I parked last visit and hiked to the top of the creek-side berm to see if other birders were around. We spotted two women along the creek just below us. They pointed out a sandpiper wading in the shallows and asked for help identifying it. It was my first Colorado Solitary Sandpiper, a bird I used to see regularly in Illinois.

They didn’t know where the ani was, but they pointed to a small island about 75 yards downstream where it hung out on several recent days. I headed that direction but had only gone about 15 yards when I spotted something dark on top of a patch of matted reeds on the other side of the creek. It was the ani, just hanging out next to a bottle someone had discarded. 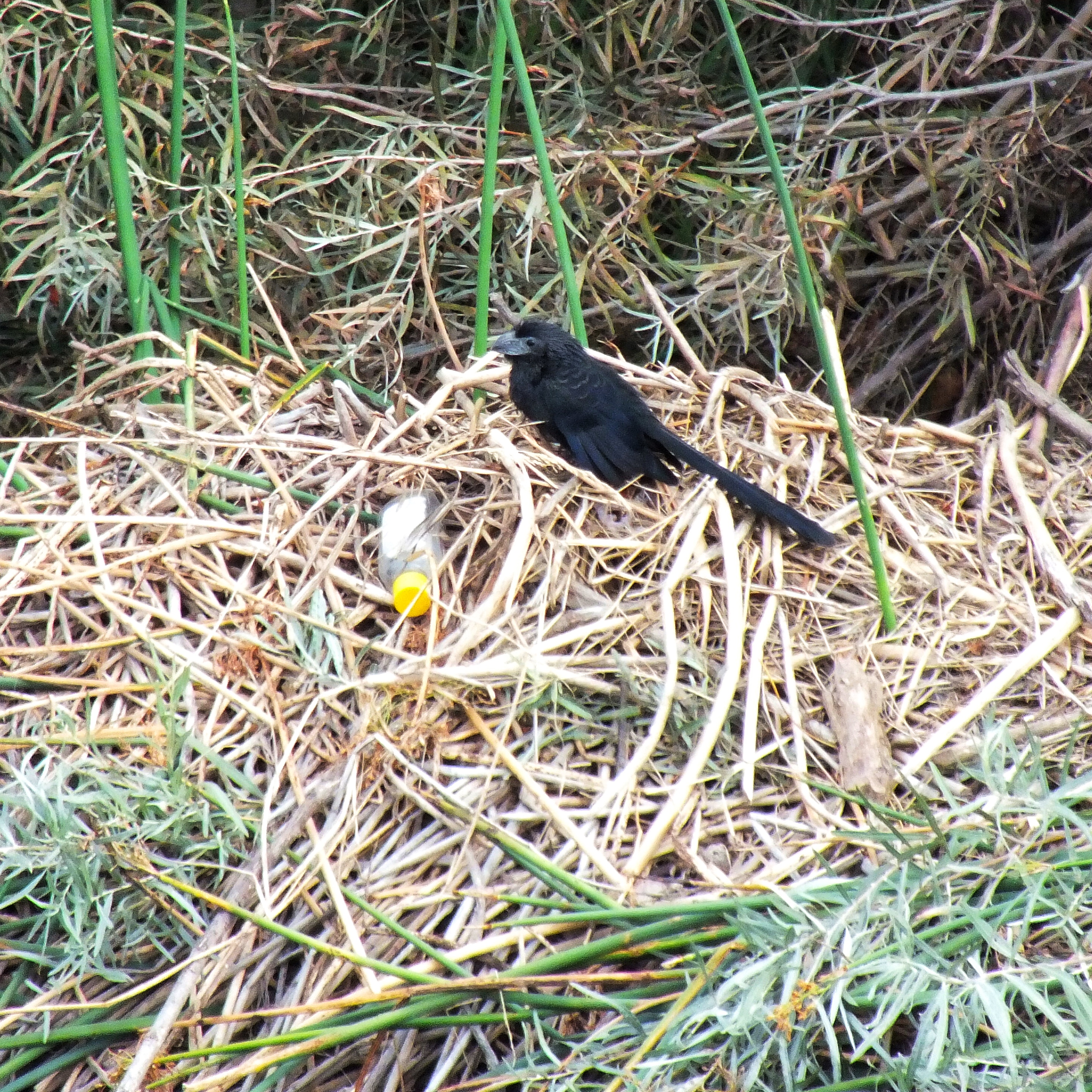 It sat there looking around for maybe 10 minutes. A few other birders came by and we chatted with them. The ani took off upstream, landing briefly a few times, then perched on a branch on our side of the creek about 40 yards from where I’d first seen it. It acted a lot more alert here, calling, flicking its tail, and grabbing at something with its bill. After maybe three minutes, it took off again and disappeared below the bank we were standing on.

We headed to Rocky Mountain Arsenal National Wildlife Refuge, just a couple miles away. We walked a loop trail around a pond and saw very little. We did manage to spot a couple Wilson’s Warblers, and we saw a Snowy Egret in the distance, but that was about it. I wanted to drive the loop road through the refuge and past the buffaloes, but the road was closed because the local prairie dog population has plague. The whole refuge felt dead and depressing.

Our next destination was Red Rocks Park to look for Peregrines and Barn Owls. We stopped at Bob’s Atomic Burgers in Golden for lunch on the way. We struck out on the falcons at Red Rocks, but we could see three Barn Owls on their cliff. Two women were standing nearby. They knew about the owls but weren’t sure where to see them. When they saw me looking through my scope, they asked if they could take a look. Of course, I said yes. This seems to be a regular occurrence when I’m looking at owls, but I don’t mind. 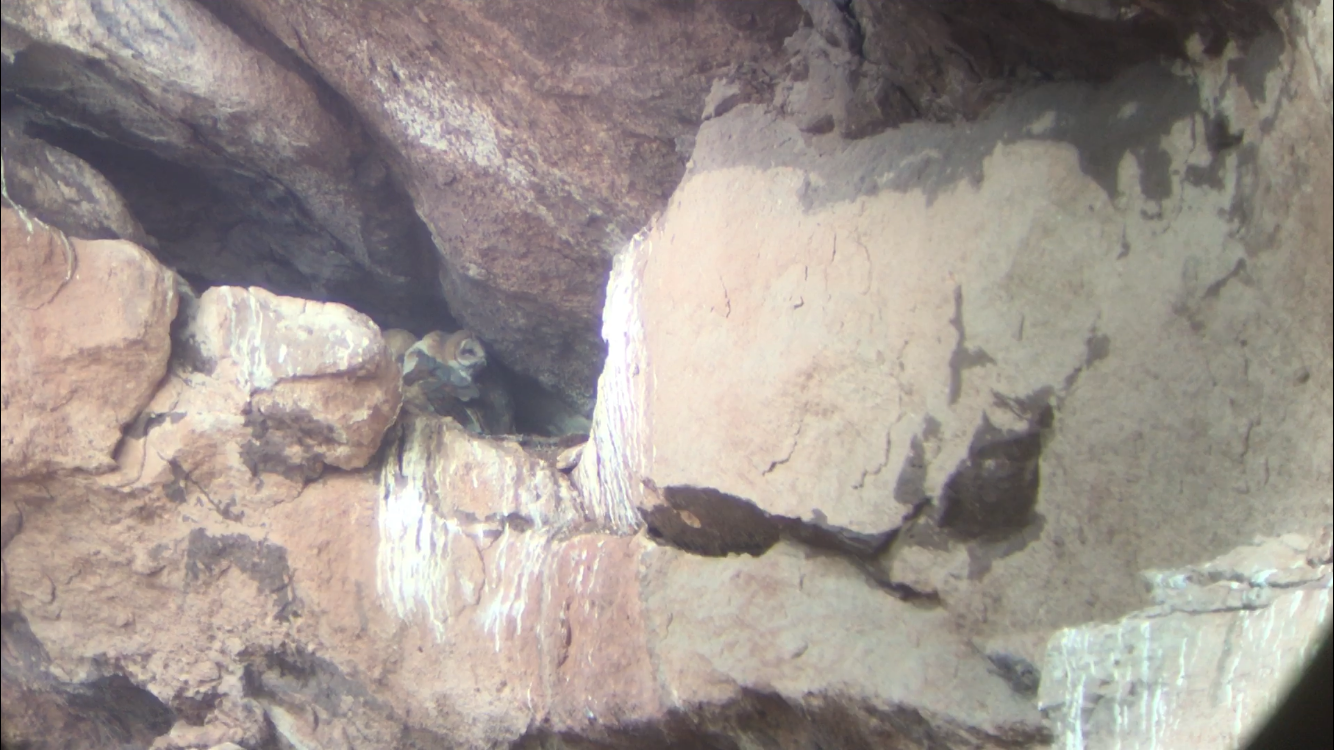 We drove to Chatfield State Park to look for the Sabine’s Gulls that have been there in the past few days. We also struck out on the gulls. Except for Canada Geese, Ring-billed Gulls, Killdeer, and White Pelicans, this park was also dead. We did manage to find two Baird’s Sandpipers. To get to them, we had to hike across an extensive, soft mud flat.

We’d spent an entire day birding in four places that should have been productive and saw a total of 26 species. That’s pathetic. I suppose any day of birding in Colorado that includes a Groove-billed Ani and Barn Owls should be considered a good day, but it wasn’t what I expected. But we had fun, so no complaints. We called off the birding around 4:00 and decided to go see the Rockies/Mets game at Coors Field (next post).