So it was an easy decision to buy tickets when I saw that Chicago was performing at the Pikes Peak Center in Colorado Springs. We were almost too late—there were only a handful of seats scattered around the balcony and the very back of the lower level. We ended up in the fifth row of the balcony.

We drove down early and eat tacos at Chipotle in downtown Colorado Springs. We got to the center around 7:15 and bought a program, a hat, and a magnet before finding our seats.

The concert began with a long jam session and a song I wasn’t familiar with, but they soon began playing their classics. I’m not as big a fan of their ’80’s ballady stuff, but they got most of that out of the way in one chunk. It was a very lively concert. The band members really seemed to be enjoying themselves and exerting maximum energy. We both thought the concert in 2014 when we saw them perform with the Chicago Symphony Orchestra was great, but we both thought this one was better. The video screens made the music visually captivating too. 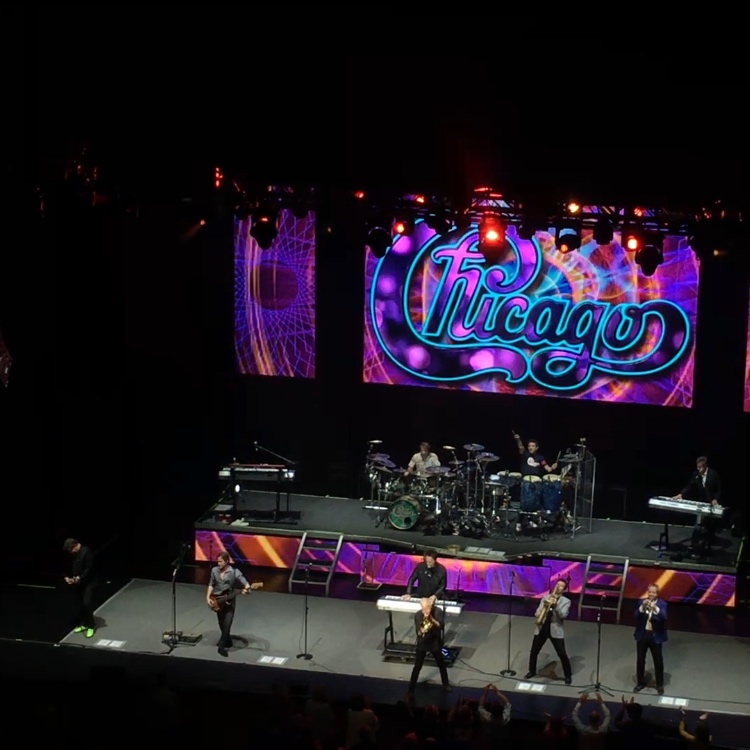 Three of the original members were still around—a third of the total band. They guy who did most of the vocals, Neil Donnel, had a more authentic Chicago sound than the lead singer at the last concert. Again, the drums during “I’m a Man” were the highlight. 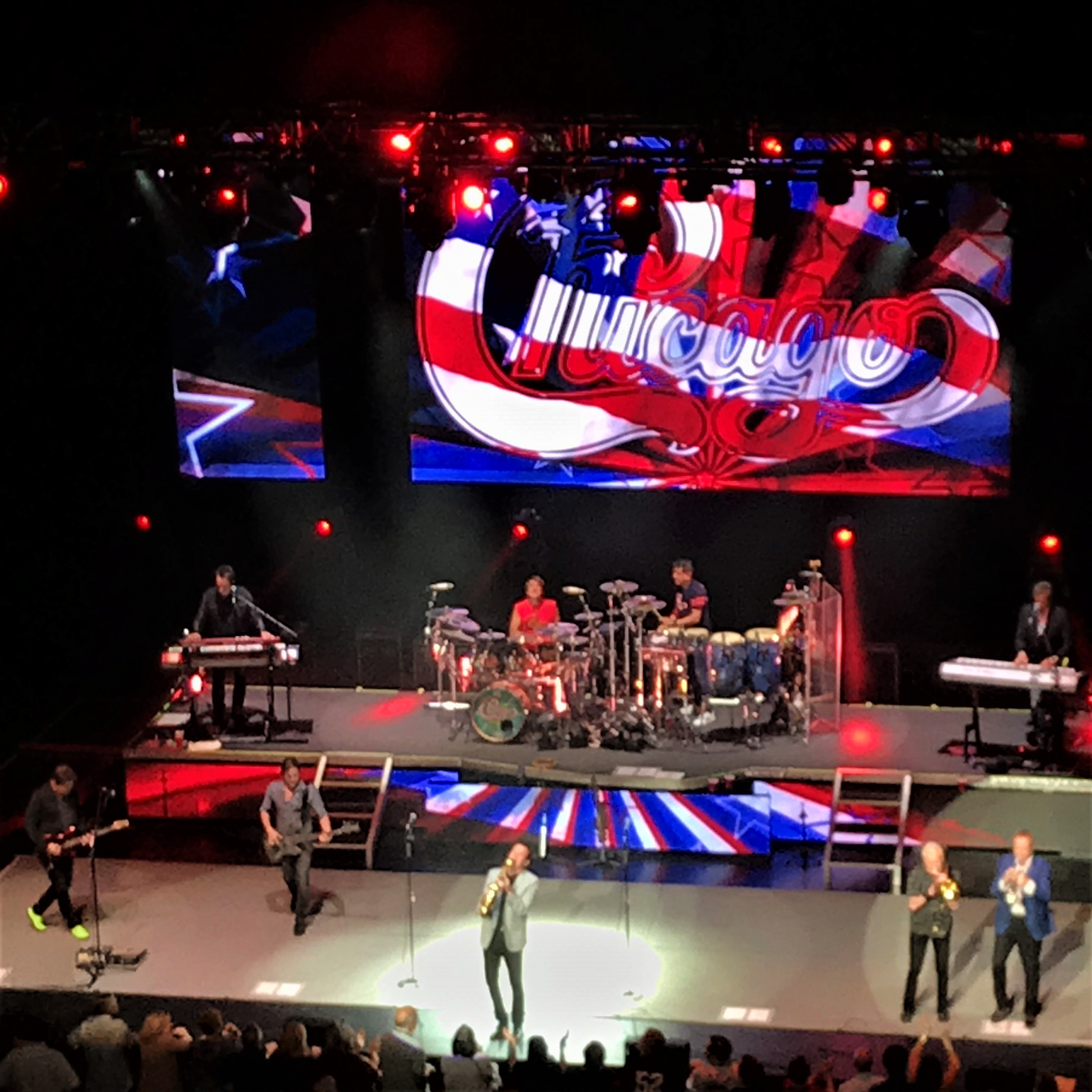 I’ve Been Searching So Long

Make Me Smile, which was interrupted by a long jam session and medley of other songs. It’s my favorite Chicago song.

I’m a Man — The drum duet in this next video is worth watching.

25 or 6 to 4 — I wonder how many times I’ve heard this song in my life, and what’s the longest stretch of time I’ve gone without hearing it? It’s about writing a song, but we used to pretend that it was about writing a term paper.

This was definitely the way to see a concert. A small venue with good views and sound, free parking within 300 feet of the door, and on the interstate headed for home 10 minutes after the music stopped. We were home shortly after 11.