Wood warblers are my favorite birds and this was the most wide-spread one that I hadn’t seen. It’s also one of the prettiest. It was definitely on my list of target birds for this trip. After birding lower in Cave Creek Canyon in the morning, I drove 10 miles up a dirt road to Rustler Park—one of the very few places in the United States where Mexican Chickadees can be seen. It wasn’t a great road and I wasn’t thrilled with driving it in my car, but compared to some of the roads I tackled later in the week, it was a dream.

I was near the picnic area at the top of the road, driving slowly to watch and listen for chickadees. I saw a small bird flitting through a pine grove and looked at it from my car. It was obviously a Red-faced Warbler, a hard bird to confuse with anything else. I pulled over and jumped out, but I couldn’t find it again. Five minutes later, three other birders drove by. When I told them what I’d seen, they stopped and looked with me. Another five minutes passed before I found it again. It was moving fast through the trees about halfway between the ground and the treetops. It came within 50 feet of where we stood, but it was moving so fast I couldn’t find it in my camera or, when I did, I couldn’t get my camera to focus on it quickly enough. After a few minutes, we lost it in the thicker branches of the pines. The other birders left, but I stayed another 10 minutes. I never spotted it again. I’d had it in view for maybe a total of two minutes, and it never stayed in one place for more than two seconds.

Two days later, I drove to Miller Canyon to see a White-eared Hummingbird. After I’d seen it, I overheard some women mention that they’d seen a Red-faced Warbler up that canyon just a little while before “and it was vocal.” I showed immediate interest and they told me where to go and wished me luck. I had to walk through a gate (with a combination lock to keep illegal immigrants out of the yard of the guy with the hummingbird feeders. I hiked up the canyon for maybe three-quarters of a mile when I heard the Red-faced Warbler singing. For the next half hour I stalked it. This one also moved fast and covered a lot of ground, but it kept singing so I managed to follow it. It also tended to stay within the branches and not come out to the edges. I got the following photos, all of which stink, but they at least prove I saw the bird and give an idea of how beautiful it is. 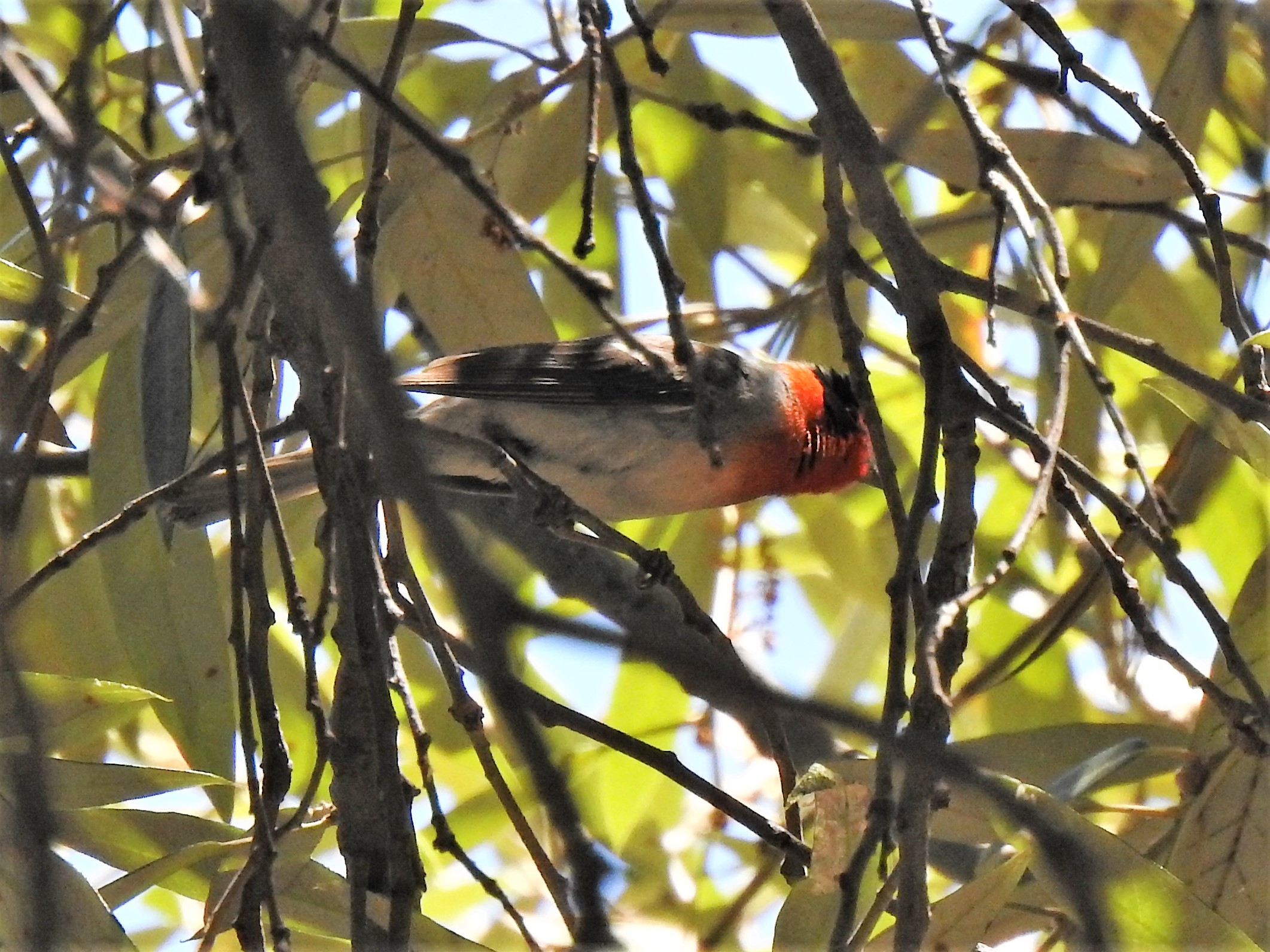 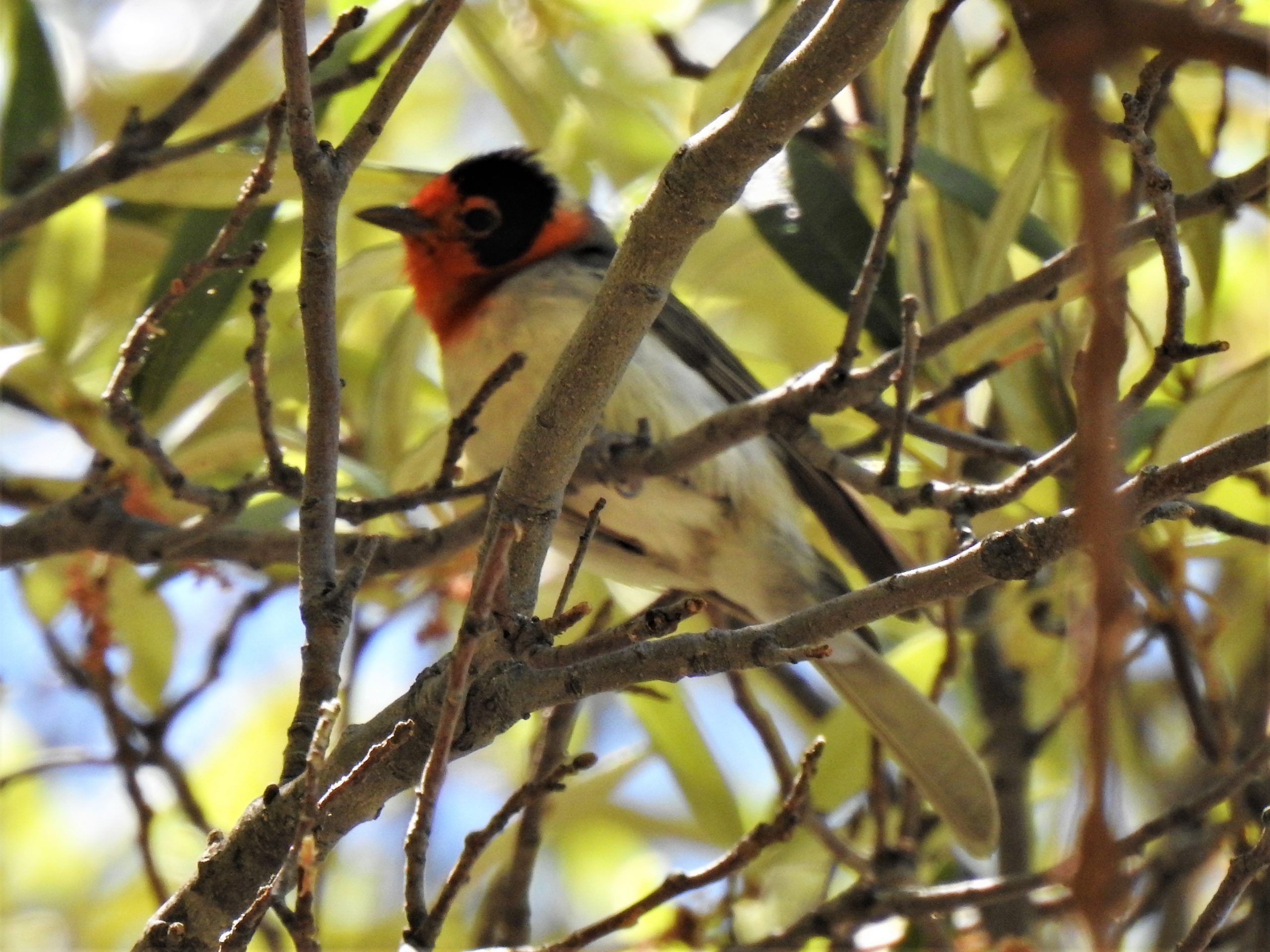