The Mexican Chickadee looks and acts very much like the other chickadees. It’s grayer, with no warm color and distinctly gray undersides. It’s widespread in Mexico but its range just creeps over the border into the United States in the Chiricahua Mountains of Arizona and at one local spot in New Mexico. It lives on mountain tops, so I had to drive to a much higher elevation.

Rustler Park is a campground/picnic area in a pine grove that has been thinned out. The other three people I’d been birding with were walking through the grove near where I parked, so I headed off in another direction. I kept my eye on my car because I hadn’t had the $8 for the daily fee. I’d listened to a recording of the Mexican Chickadee on the way up, so I knew it had a harsher call than other chickadees I know. I wandered around looking at warblers. I heard a repeated call from high in the trees that consisted of two harsh notes, followed by a softer, quieter note. It sounded like a chickadee with a sore throat. I soon spotted it an managed a lousy photo. I got the attention of the others and managed to show it to them. (I also found and showed them an Olive Warbler and a Townsend’s Warbler, along with the Red-faced Warbler and the Mexican Chickadee. They were very grateful and went away with a highly over-inflated sense of my birding prowess.)

The chickadee was easy to follow as long as it called, but it went silent for long periods and we lost it in the pine branches high overhead. I saw it on two different occasions, about 10 minutes apart, and heard it again 10 minutes after the second sighting. It looked and behaved very much like a chickadee. Even in my poor, back-lit photos, you can see the large black bib and extensive gray on its sides and chest. I believe, when I first spotted it, that there were two in the tree. 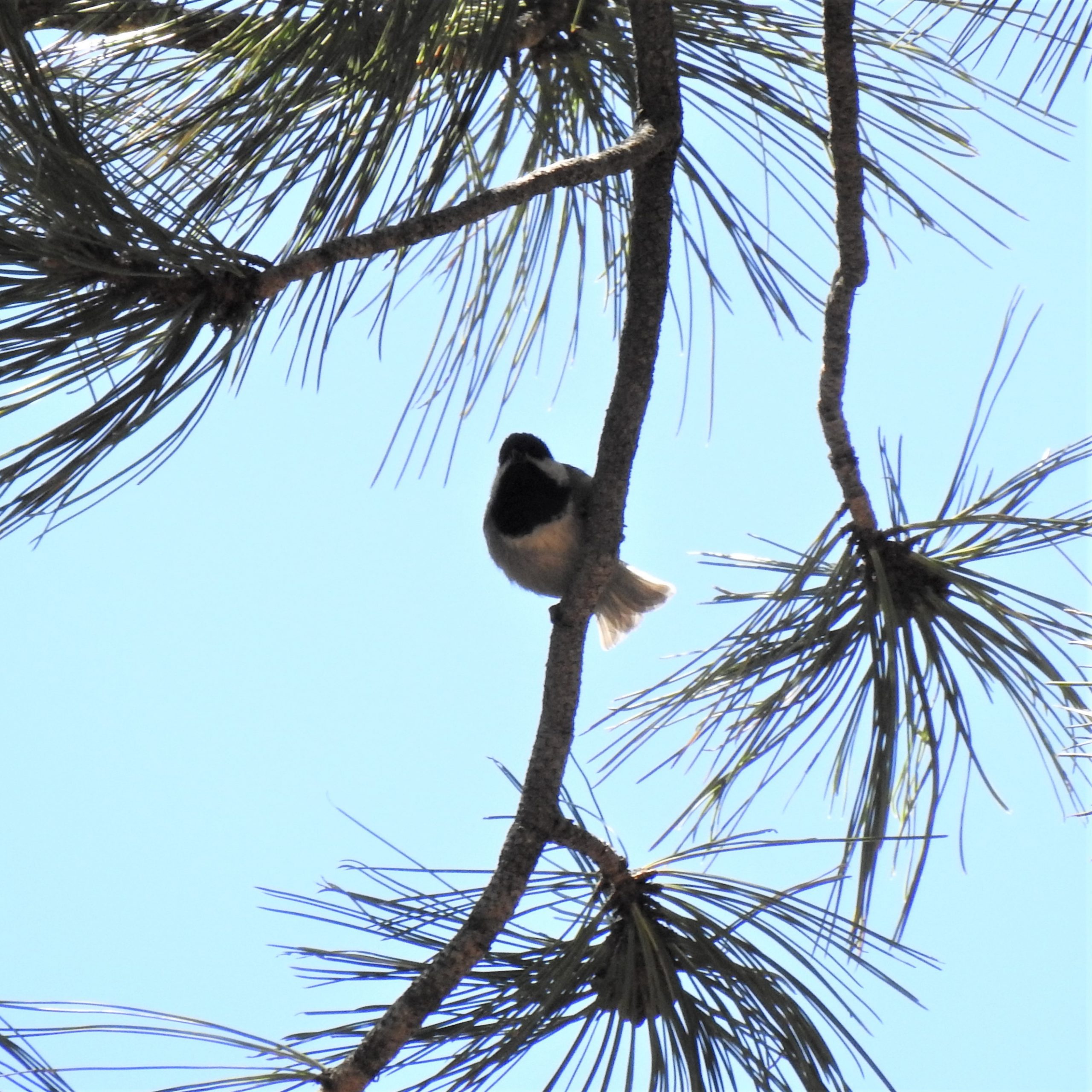 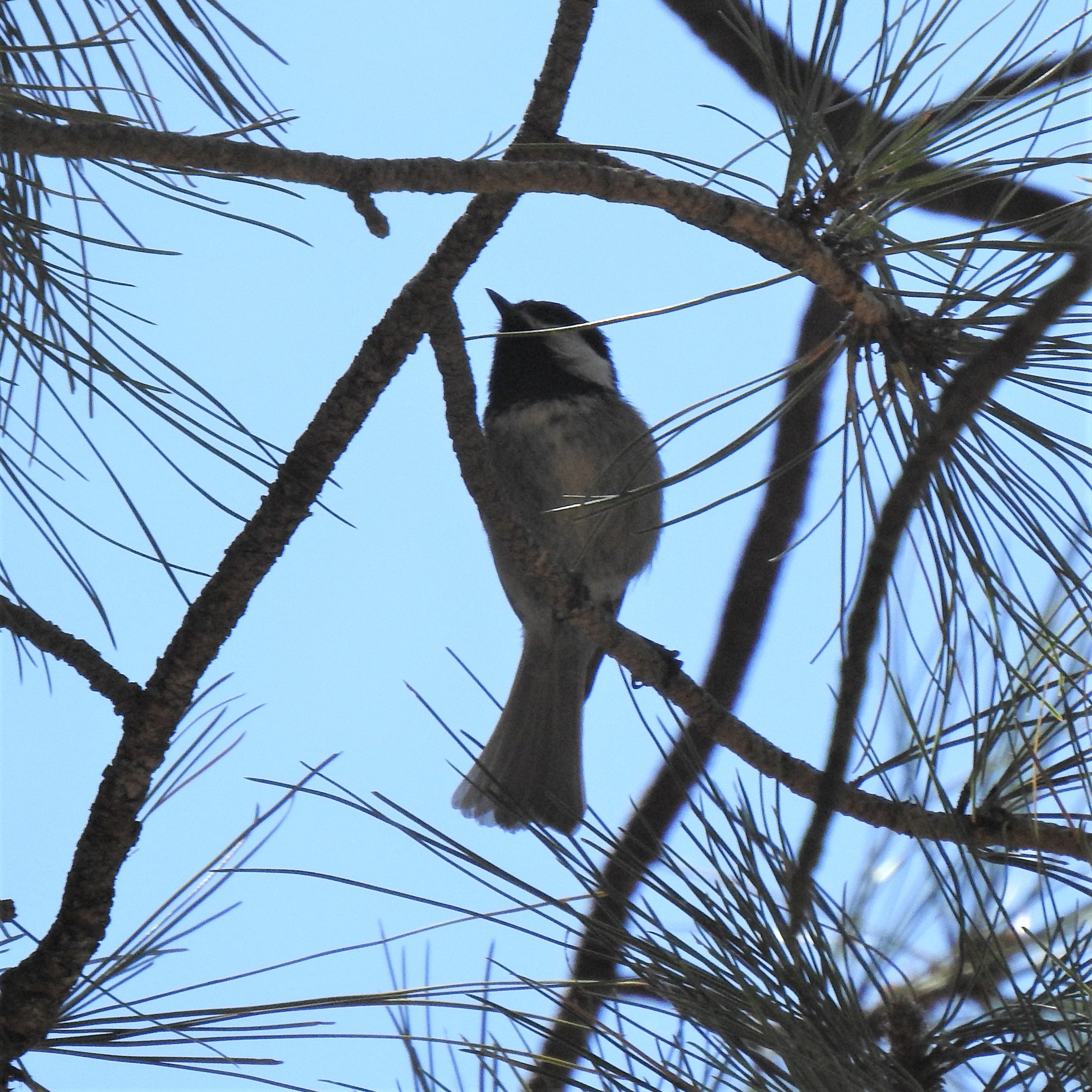