It really shouldn’t be this easy.

I continued down Santa Gertrudis Lane to the east, through the mesquite grove, until I came to a strip of lusher woods along the Santa Cruz River. A section of the De Anza trail runs through here. I expected the flycatcher to be along the river, but threatening NO TRESPASSING signs were posted along the road about 30 yards from the bank. I walked past them about half way to the river and saw three birders standing along the far bank looking up. I assume they were also looking for a Thick-billed Kingbird, but they were on the wrong side of the river.

I reasoned brilliantly that if the kingbirds were often seen at this location but birders weren’t allowed by the river, then the river probably wasn’t the place to look for kingbirds. I walked back into legal territory to the trailhead. Before I got there I heard the high-pitched chittering “kitterer” that passes for a song for the Thick-billed Kingbird. I very soon spotted one high on a dead branch that stuck out above a cottonwood. In the photo below, the kingbird was in the sun-lit tree that sticks above the shade. 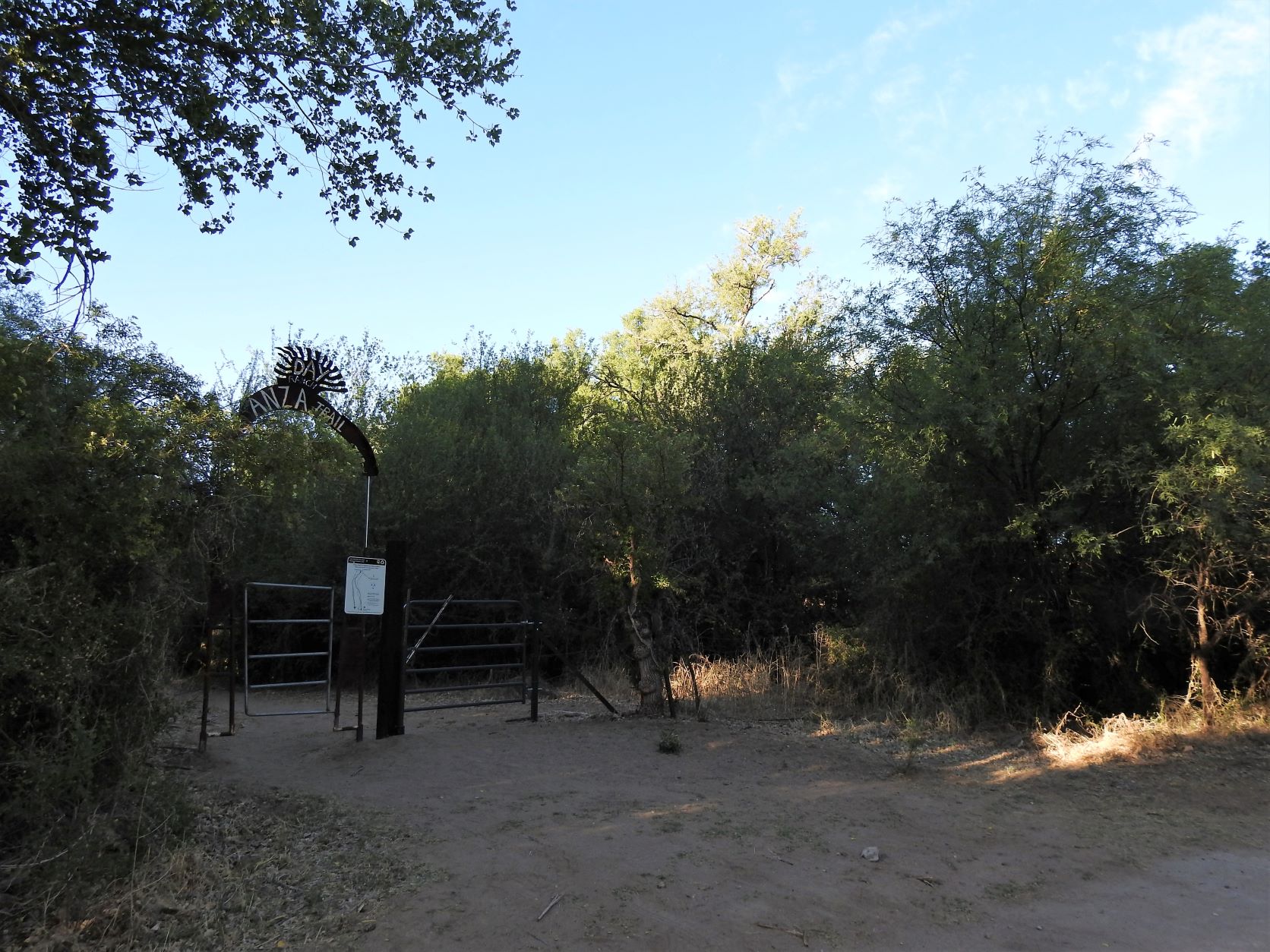 It sang a few times but mostly just looked around. It was high over my head, but I got good views. At one point, a second bird flew in and landed just below the kingbird, then took off before I could get a look at it. By the way the first bird reacted—or didn’t react (it just looked down casually)—I assume it was a second Thick-billed. 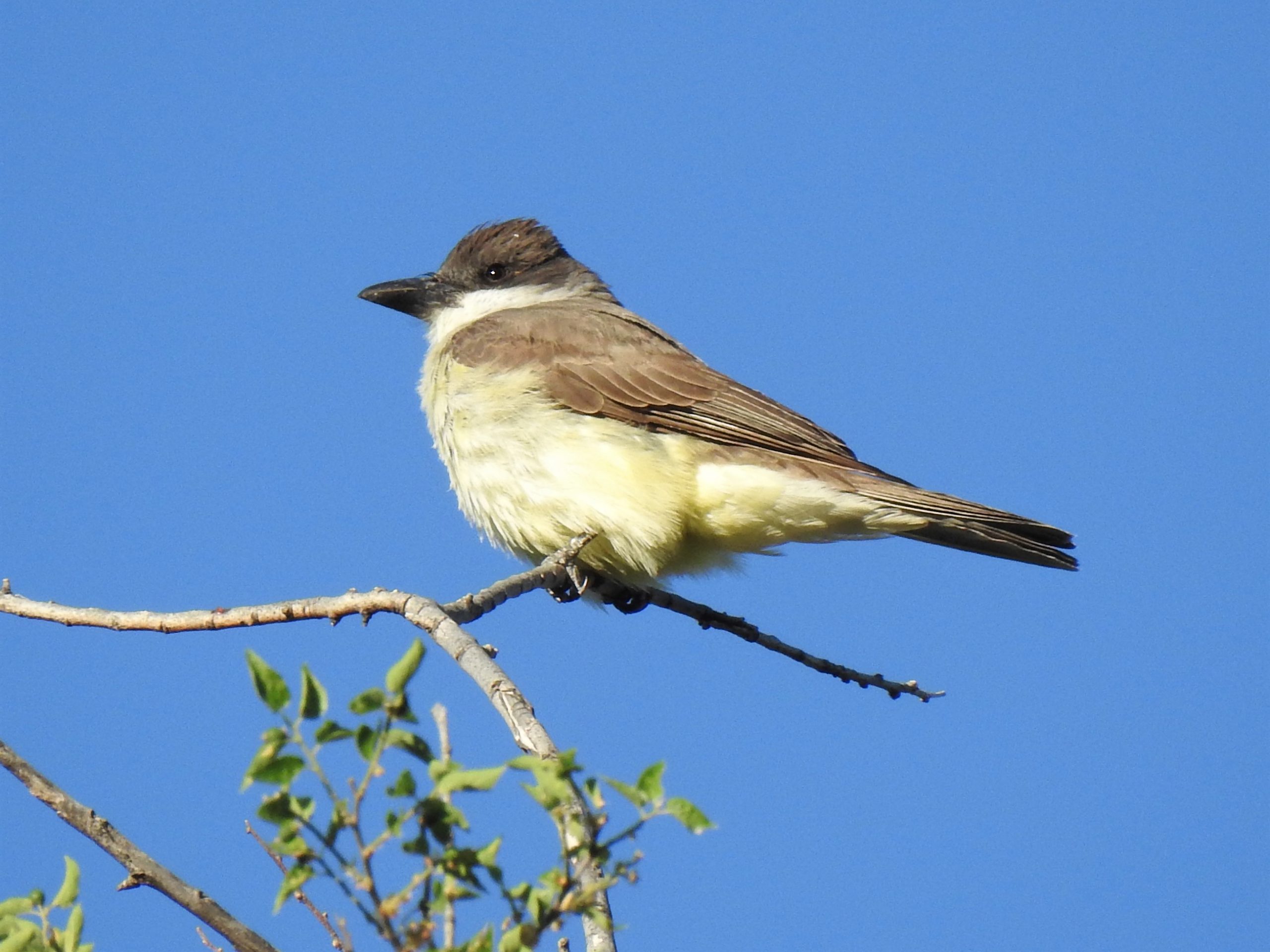 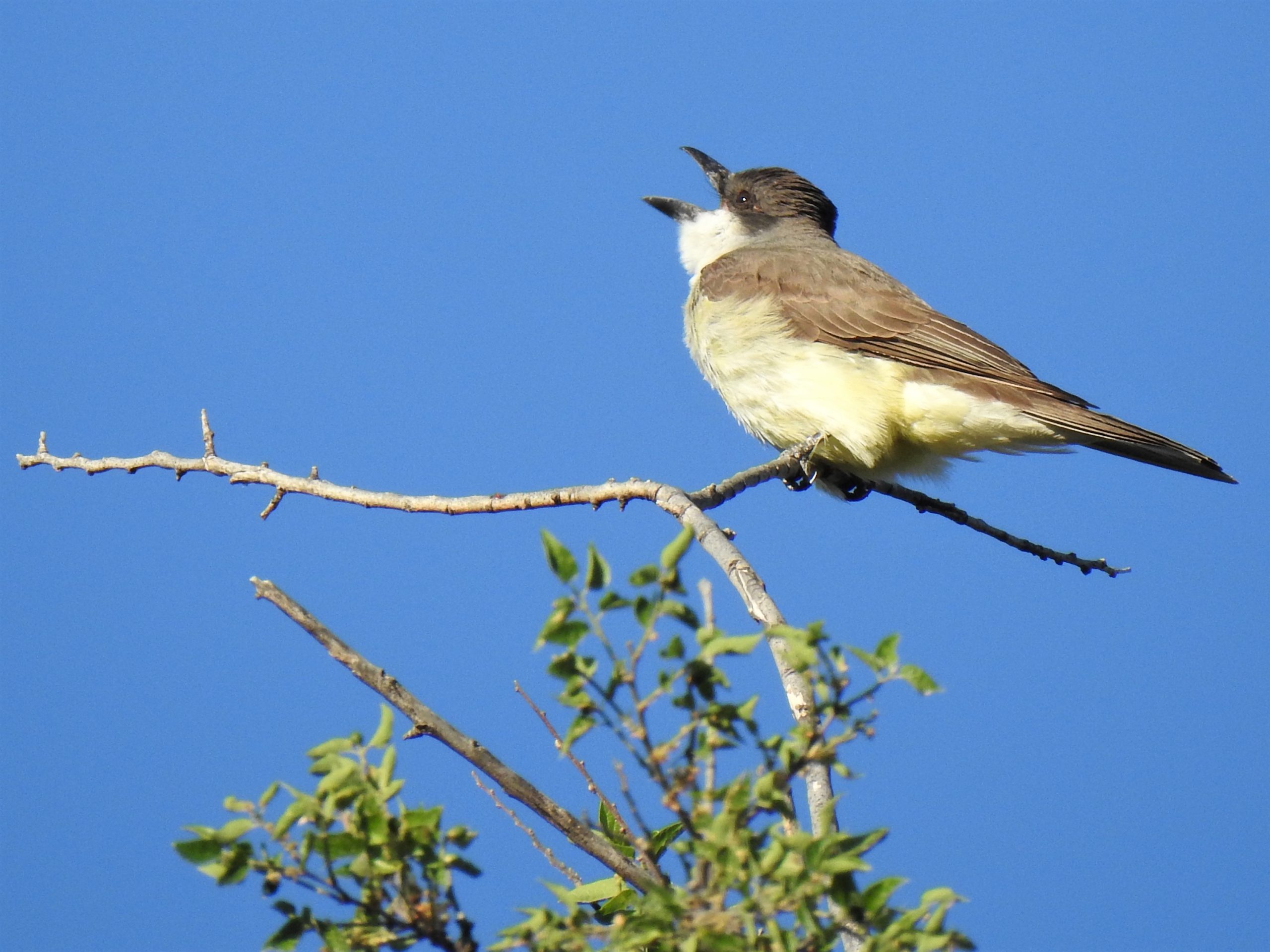 The large head and bill, black mask, thick neck and yell0w-washed belly are all marks. 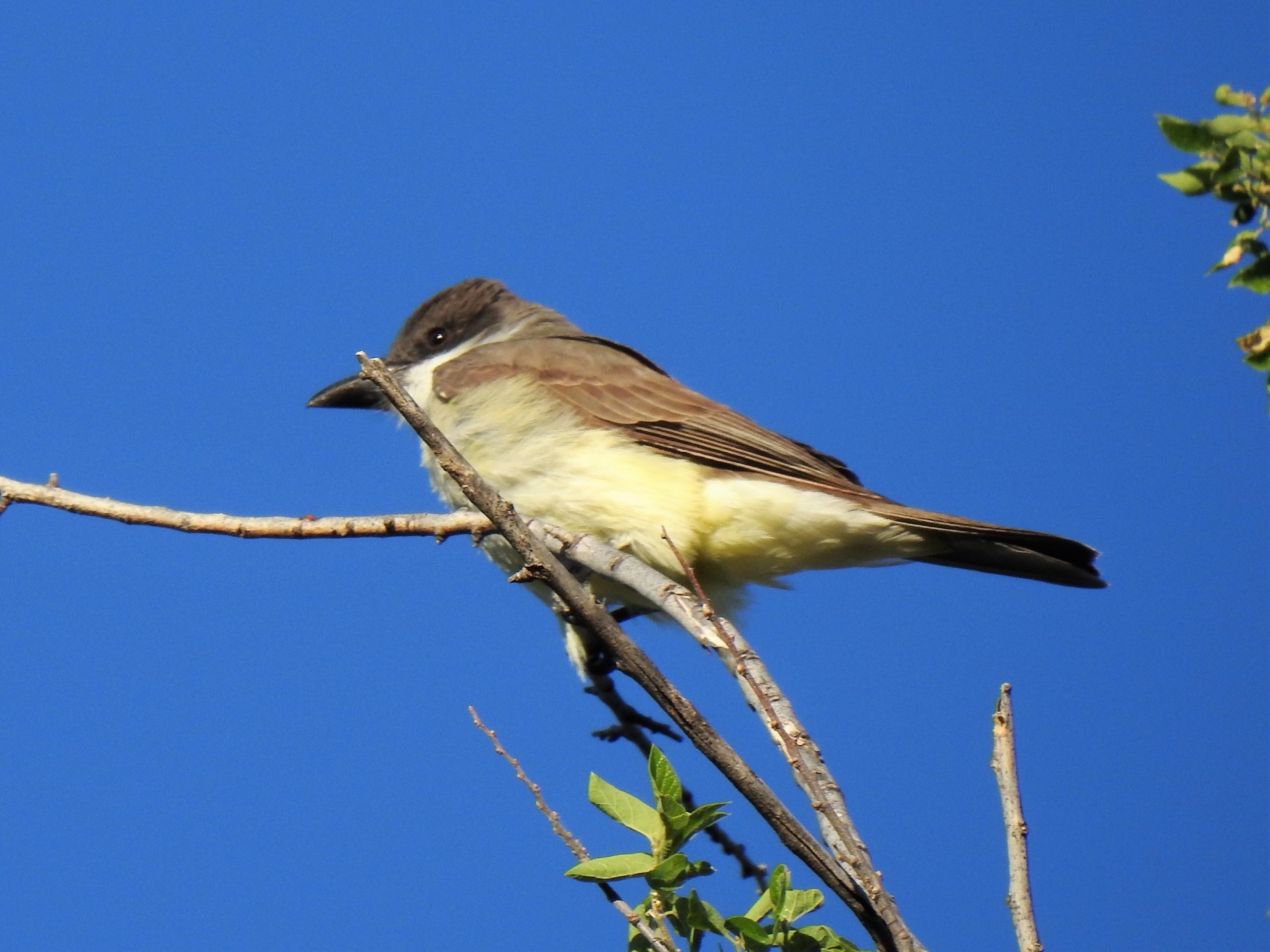 After about three minutes, during which I tried for different camera angles, the bird flew off. I waited a bit, but it didn’t t come back, and I didn’t hear it again. I walked back to my car and arrived about half an hour after I’d left—two lifers to the good.