I never thought I’d add this bird to my life list. All I knew about it was that birders who saw it in the U.S. spotted it in an isolated spot at the end of a long dirt road where there was a lot of evidence of immigrant smuggling. It didn’t sound like the kind of place I wanted to go alone. But the sparrows have been showing up in Montosa Canyon in the Santa Rita Mountains and on the eBird rare bird reports for the past several months. I thought I might try for it if I had time … and if I could be sure the road wasn’t like the one into Rucker Canyon where I’d punctured my tire. A woman at Paton’s said she’d been there a day earlier and the road was fine—paved to within a football field of where the birds were being seen.  It turned out to be closer to a half mile of dirt, but it wasn’t bad.

I drove the half hour down to Montosa Canyon after leaving Santa Gertrudis Lane. There were three or four cars there when I arrived, and a few birders about 400 yards up the canyon from where I parked. I walked up the road and could tell they weren’t seeing the sparrow at the moment. Soon more people arrived—including David, the guide from my Green Kingfisher adventure with four people who had paid to bird with him. David recognized me and asked me how things were going. I told him his instructions about Santa Gertrudis Road had gotten me two lifers that morning. Another group of about 14 came next. I’d run into them at Ash Canyon on Sunday and at Patagonia Lake yesterday. The lady guide was concentrating on one spot where there were good looks up a steep slope covered with rocks and grass and shrubs and ocotillo. She insisted that was the place to see the Five-striped Sparrows. David was doing more walking around and after 15 minutes or so led his group up the road (and up the canyon) where a large metal culvert runs under the road (and where the birds have often been reported). I’d been in the canyon close to an hour. I wasn’t impressed with the woman guide, so I started up the road towards David’s group. 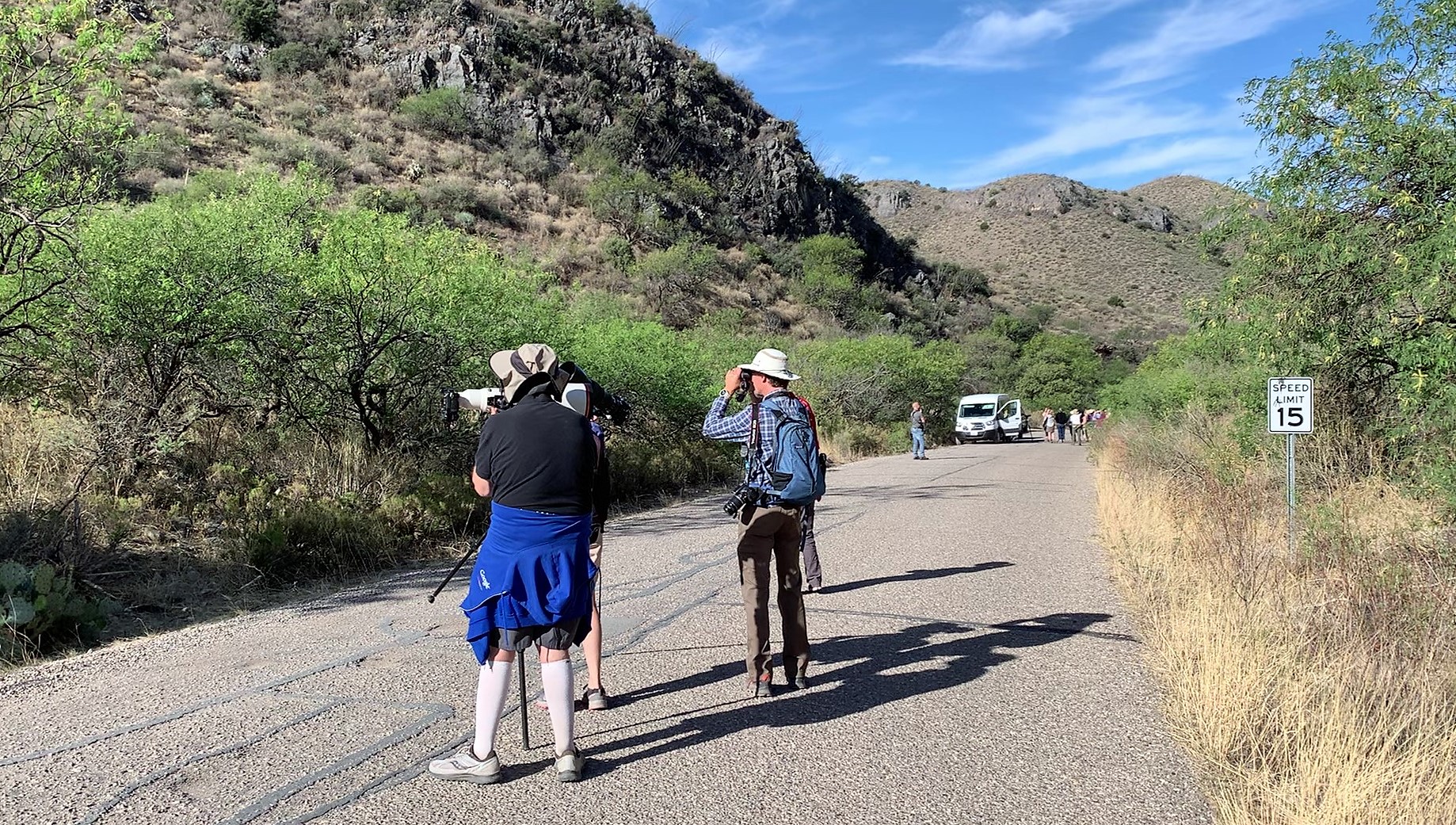 I was about 100 yards away when I could see them all looking off into the trees with their binoculars and cameras. David started signaling—maybe to the other guide or maybe to me. When I got to the culvert he told me they’d seen a pair. The birds had flown across the road into the thick shrubbery along a rocky wash. David didn’t seem to mind me hanging around so I did.

Someone from the larger group found out about the bird, so the lady guide and her clump of people wandered up the road. David was trying to clear people away from the road immediately over the culvert in case the sparrow flew back across. Some of the people from the large group stood right on top of the culvert and looked put out when asked to move. David quietly remarked that he wanted to find the bird a second time before the woman guide found it at all. He tried to pass it off as a joke, but I could tell he wasn’t impressed by her and there was some competition going on. By this point the woman was pretty much just letting him take the lead. I was looking and listening, but most of the people who were being guided were just standing around waiting for someone to show them something.

David heard the sparrow making a very quiet, high-pitched chipping noise in the bushes. He quietly pointed it out to me and a couple from his group. It was hard to pick up on at first, but once I did zero in on it, I could track the bird. Suddenly it flew up to an exposed branch in the middle of a bush right in front of me, maybe 12 feet away. David and I said at the exact same time, “there it is.”  I’ll give him credit. He did his best to show it to everyone there—his group,the other group, and some other birders who were there looking for it. I had a clear shot and got several good photos during the 30 seconds or so it stayed in that spot. It was aware of us and looking at us. Long before everyone could see it, it flew back into the bushes and disappeared. 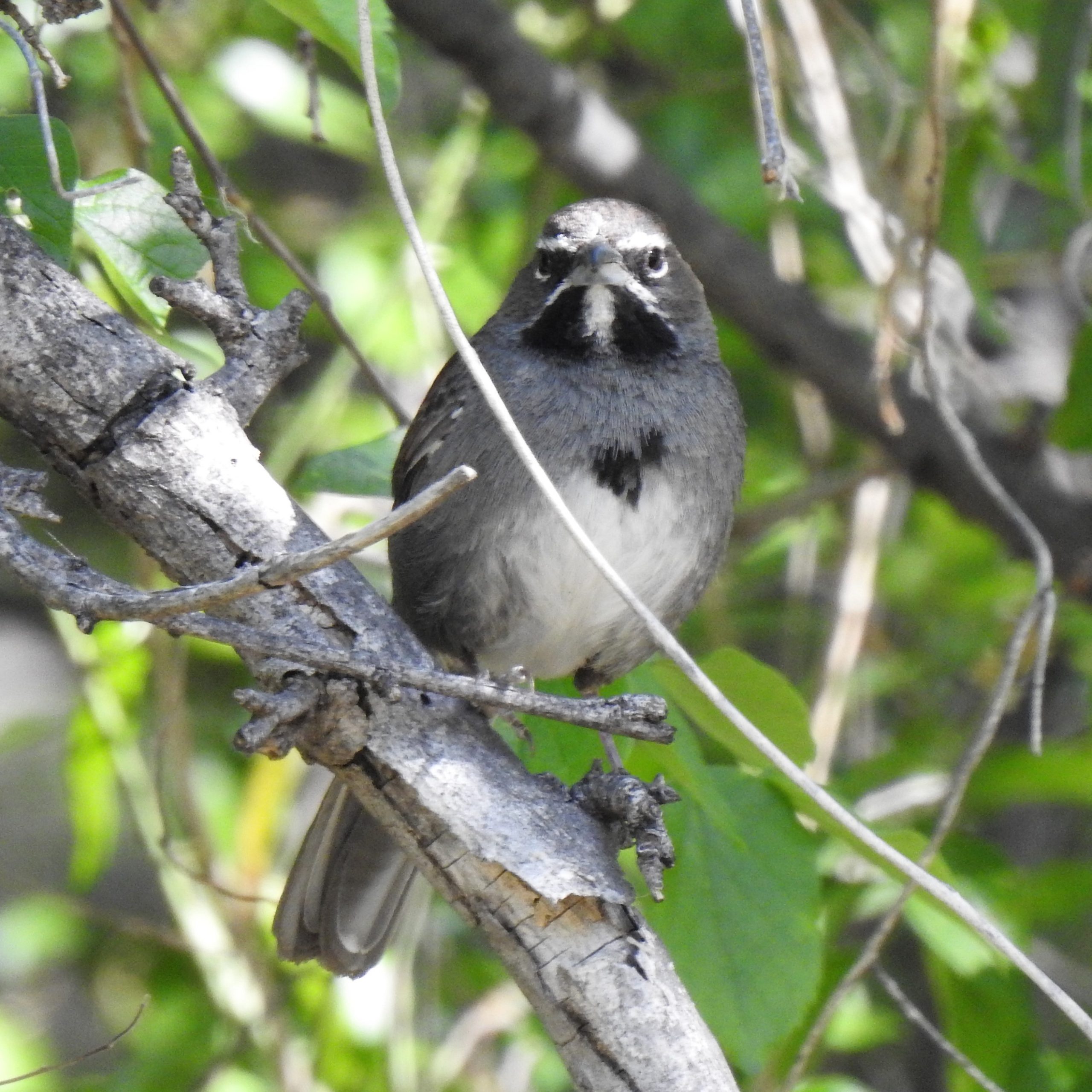 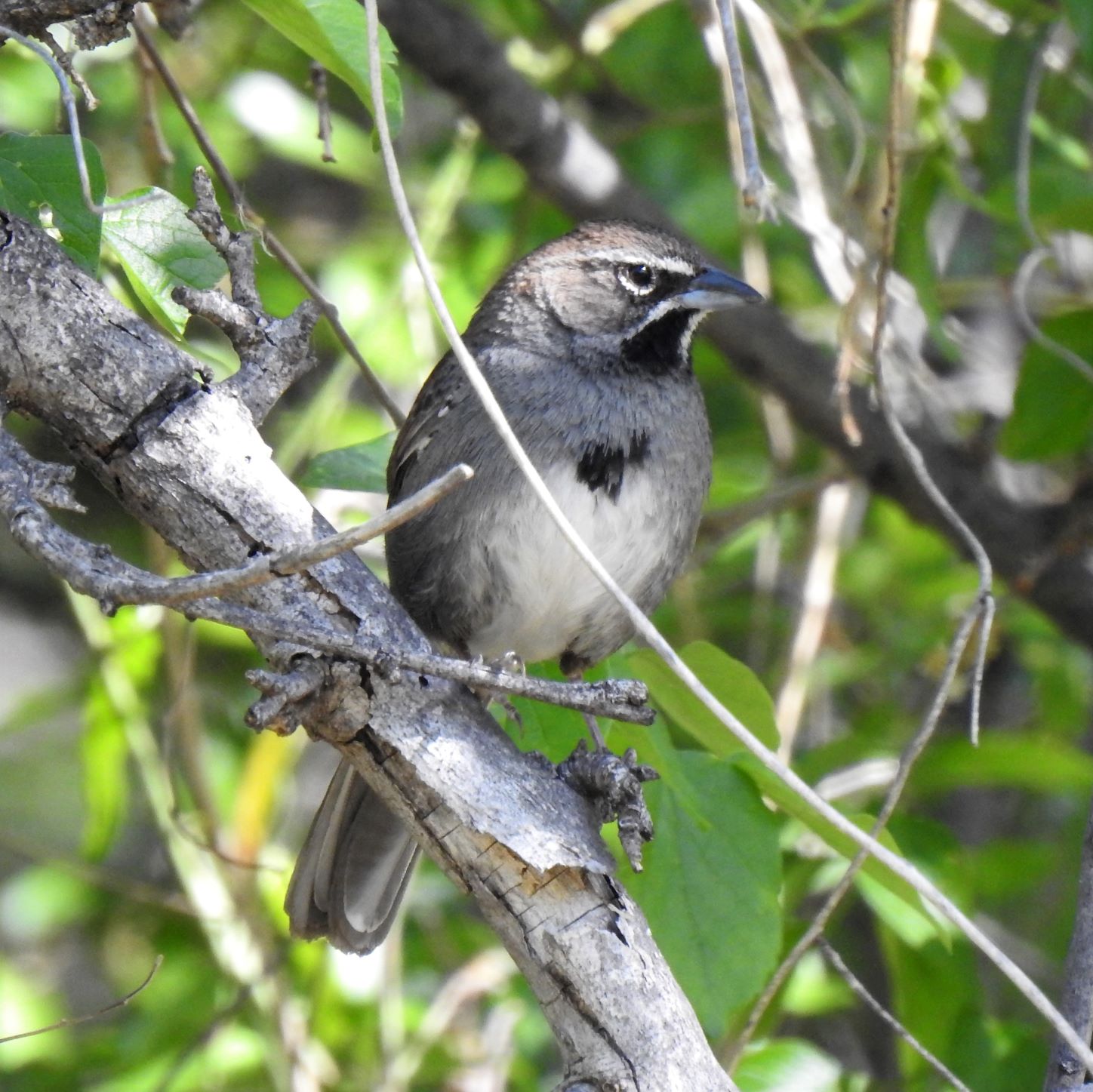 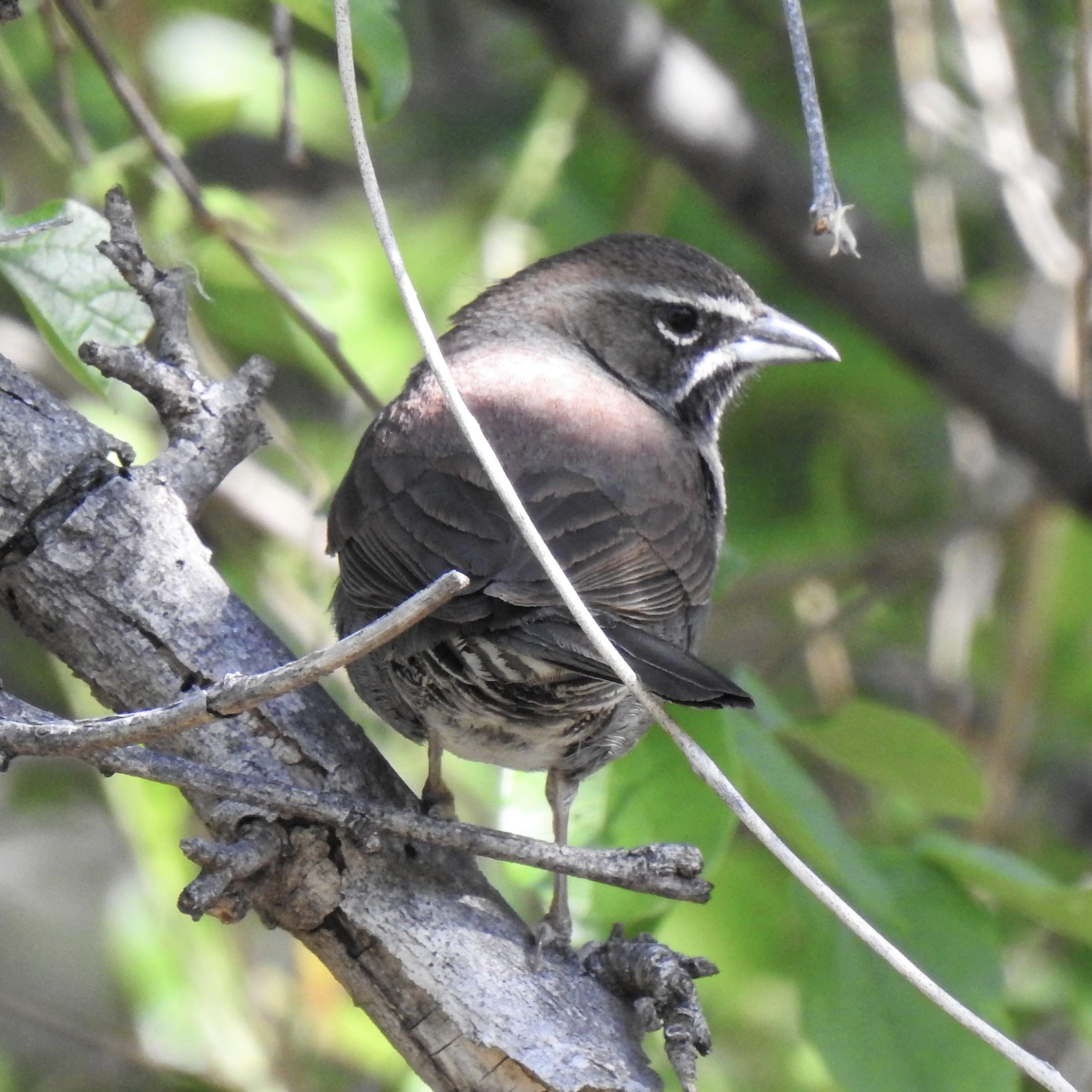 The few of us who’d gotten pictures moved down the road to compare shots. We happened to  stop right over the culvert and as we talked someone spotted the sparrow, or the second one, on a branch down below where we stood. It hopped to another branch, and then I lost track of it. I don’t know what happened after that because I left. I’m not a big fan of birding with large groups of inexperienced and often uninterested birders who join groups to be shown glamorous birds. But before I left, I gave David $5. I said, “I’ve never hired you as my guide, but you’ve gotten me three lifers.” He smiled in surprise and thanked me.I wouldn’t have normally done that, but he was actually working—showing a bird to people who had paid him to see that bird—and I felt like I was taking advantage.

Earlier he’d told me the bird wasn’t as rare as everyone supposed. He said if everyone there—perhaps 20 people—each went off by themselves and explored a different canyon, at least half of us would find the bird. I know what he meant, but I thought some of those people couldn’t find the bird if they were locked in a closet with it. The Five-striped Sparrow’s name comes from its chin. A thick black stripe down the center is bordered on each side by narrower white stripes and then narrow black stripes. The black spot on its chest looked like a heart from some angles. It’s a pretty bird with, I think, a clunky name.