When I planned the trip to Arizona, I had eBird generate a list of most-frequently seen birds that weren’t on my life list. This small parrot was high on that list. It’s natural range is southwest Africa, but a population has established itself in and around Phoenix. It’s countable because the population is self-sustaining and has been for 15 years. I thought it might be fun to drive home through Phoenix and see this bird. I’d forgotten about the ridiculous temperatures in Arizona. It was 98 degrees when I got to my hotel and forecasted to be 104 the next day. I wasn’t particularly interested in going birding.

But I was there, and the bird was there, so I decided to get it done. I checked eBird and saw that Rosy-faced Lovebirds were nesting in the palms in front of the CVS pharmacy a mile down the road from my hotel. I drove down there and stood in the parking lot while a homeless guy looked on.

Immediately I saw a lovebird perched on a palm frond. For the next five minutes, I watched it doing very little. It once moved to another spot about six inches away from where it had been and faced the other way. It squawked a few times, but that’s about it. Birding at its most thrilling. 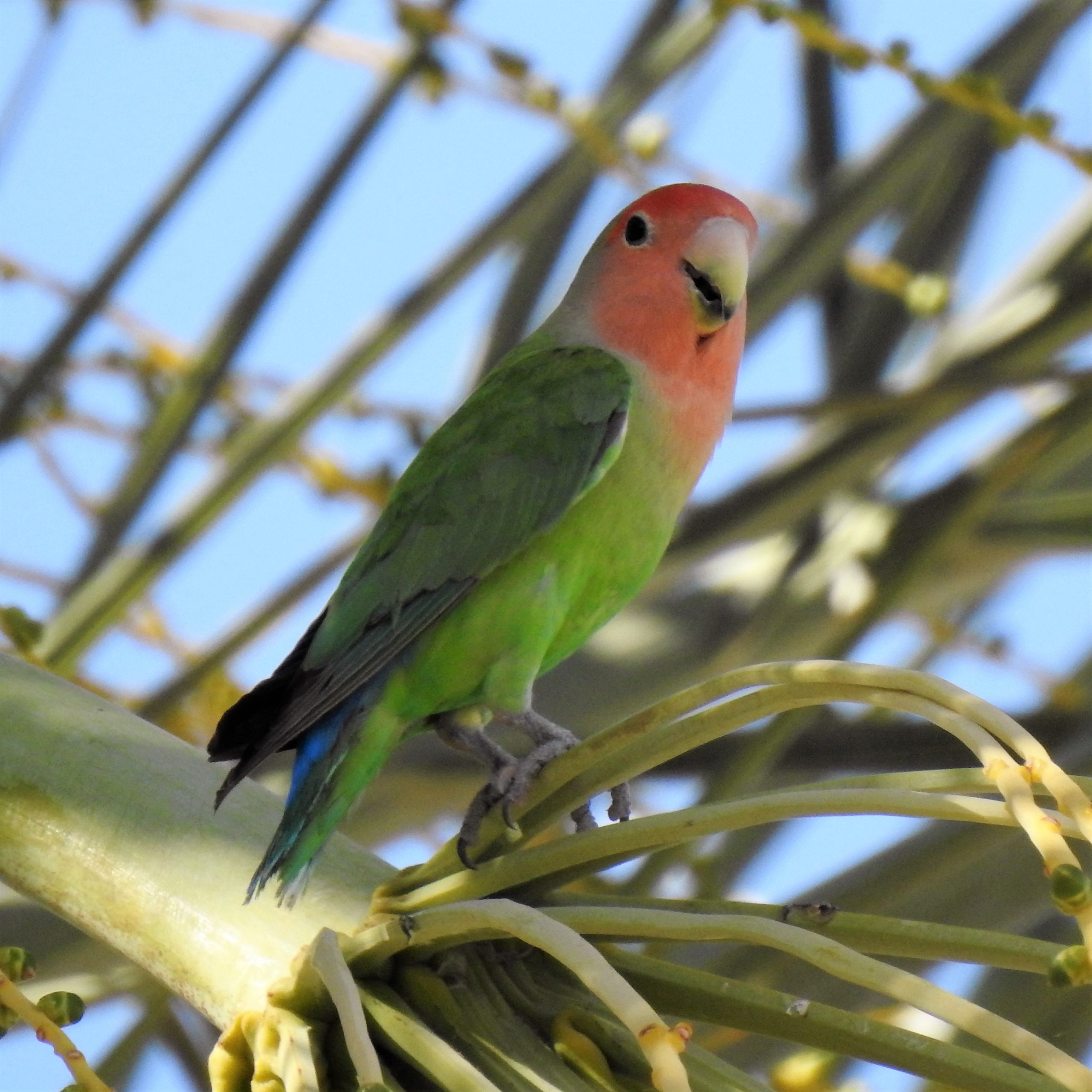 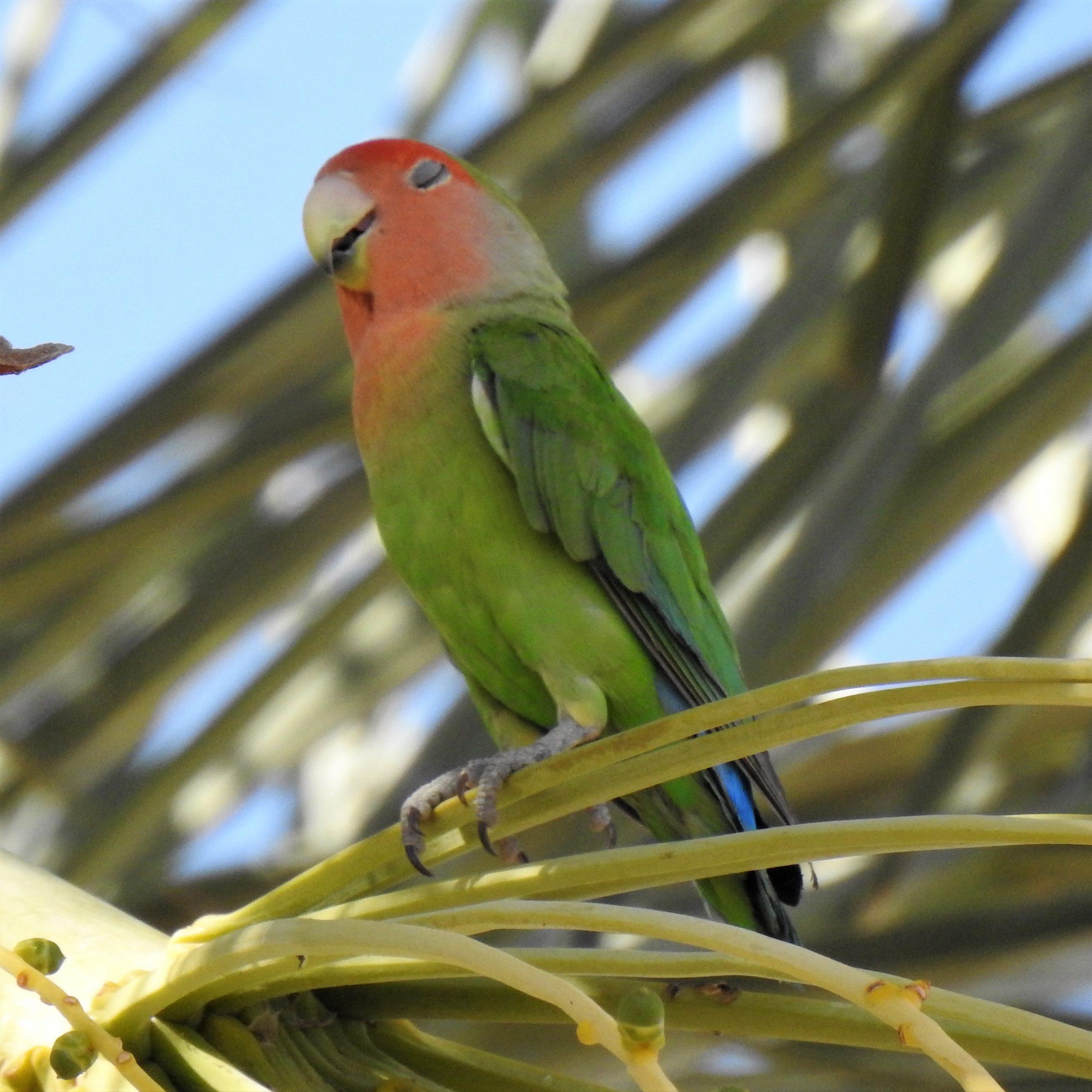 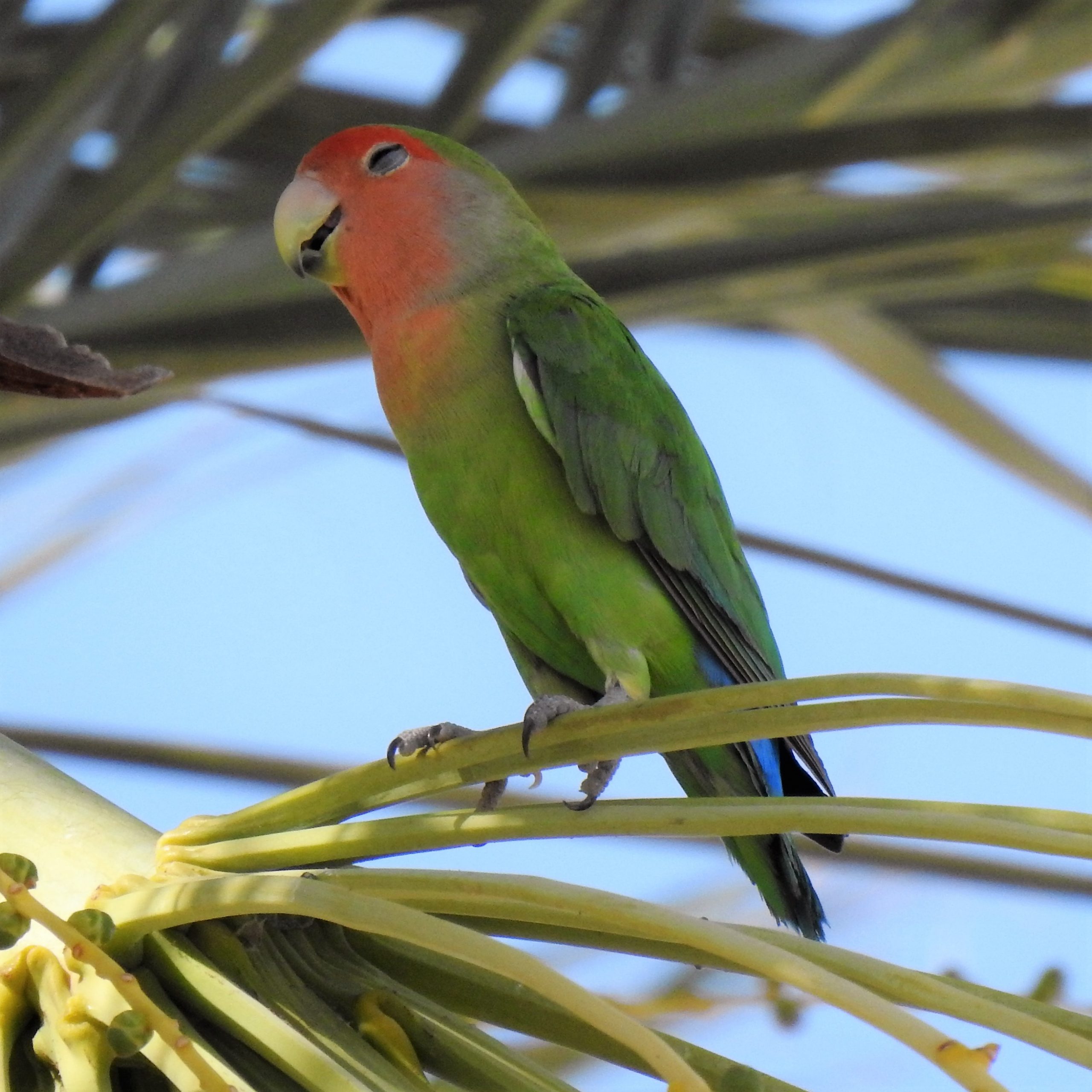