Canyonlands National Park is divided into three segments by the Colorado and Green Rivers, and there are no bridges or other means to get from one segment to another without driving a great distance outside the park. We opted to just go the the Island in the Sky section.

The chief feature of this part of the park is Mesa Arch, and we headed there first thing before the crowds arrived.  There were people around, including one Asian woman who was walking around taking photos with the aid of a selfie stick—except that she wasn’t taking selfies. She just used it to take forward-facing photos, which made it a challenge to determine which side of her we should pass on. 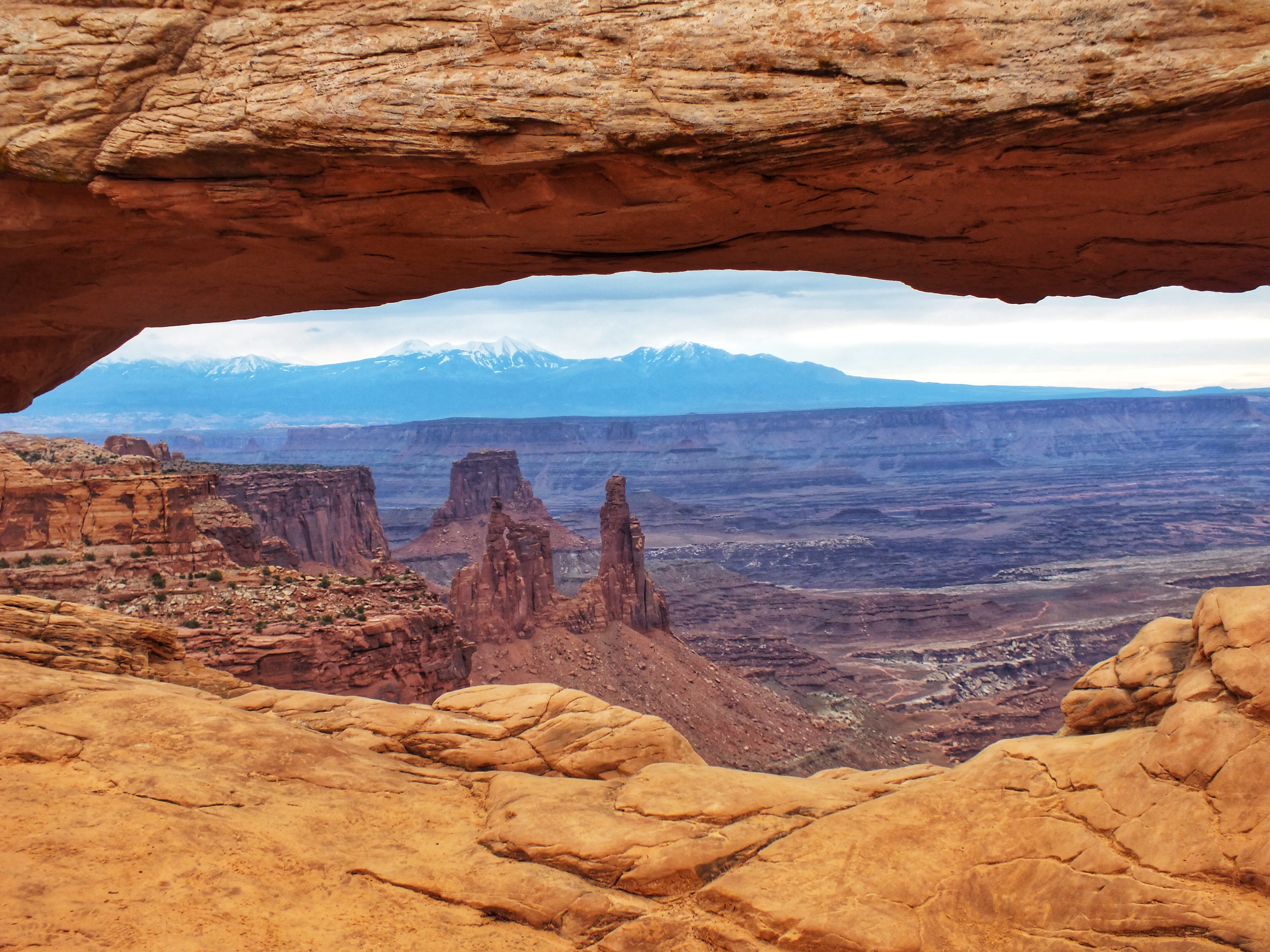 Scenery-wise, this was the highlight of the park. Those are the La Sal Mountains in the distance.

We dutifully drove all the roads and stopped at all the overlooks. It was scenery like this that prompted me to say, “I can’t tell a canyon from a hole in the ground.” I believe the mountains in this next photo are the Henry Mountains. A sign said they were the last range of mountains in the continental U.S. to be discovered and mapped. Apparently they had run out of good names by that time. That’s the Green River in the ditch. 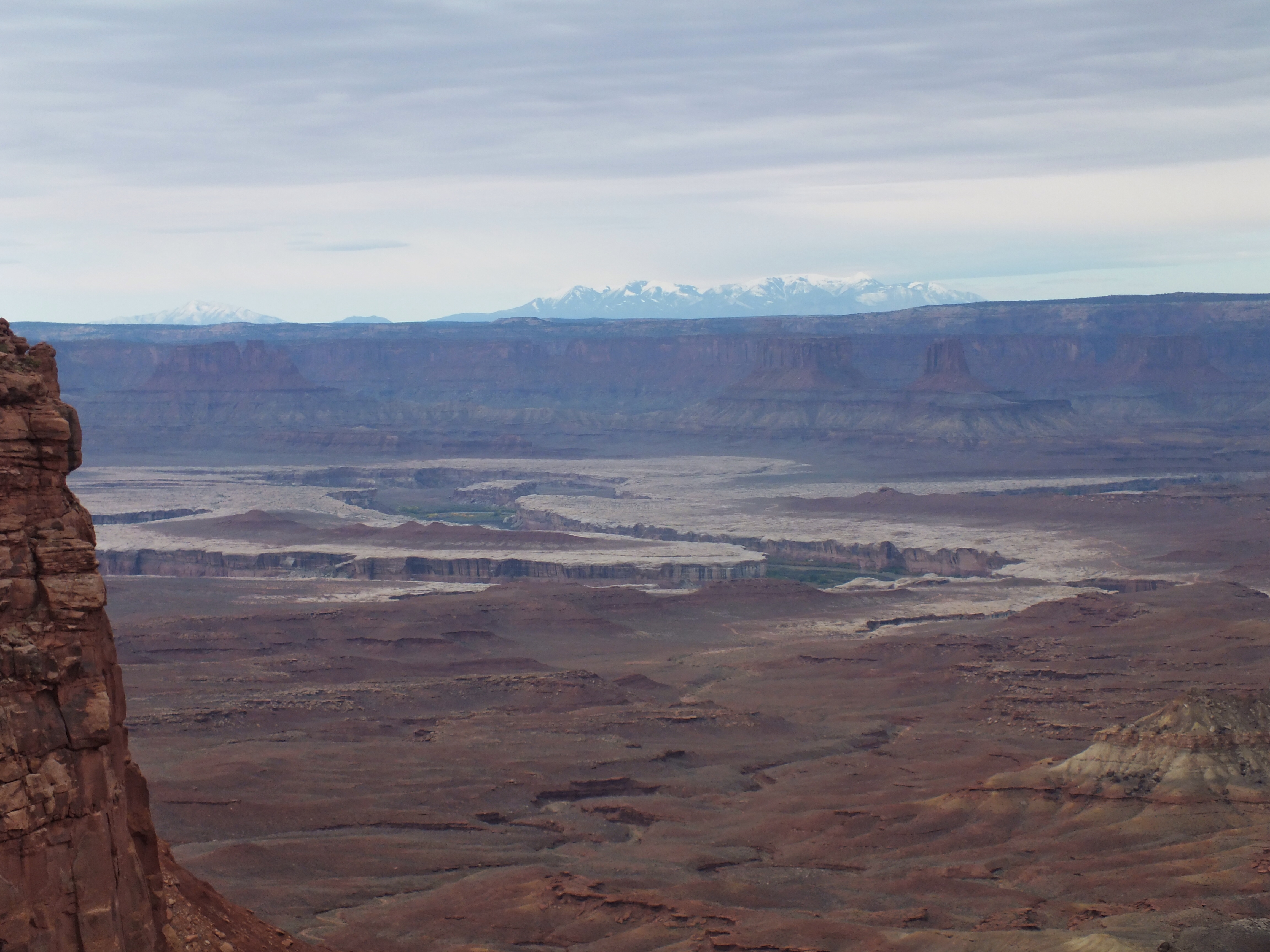 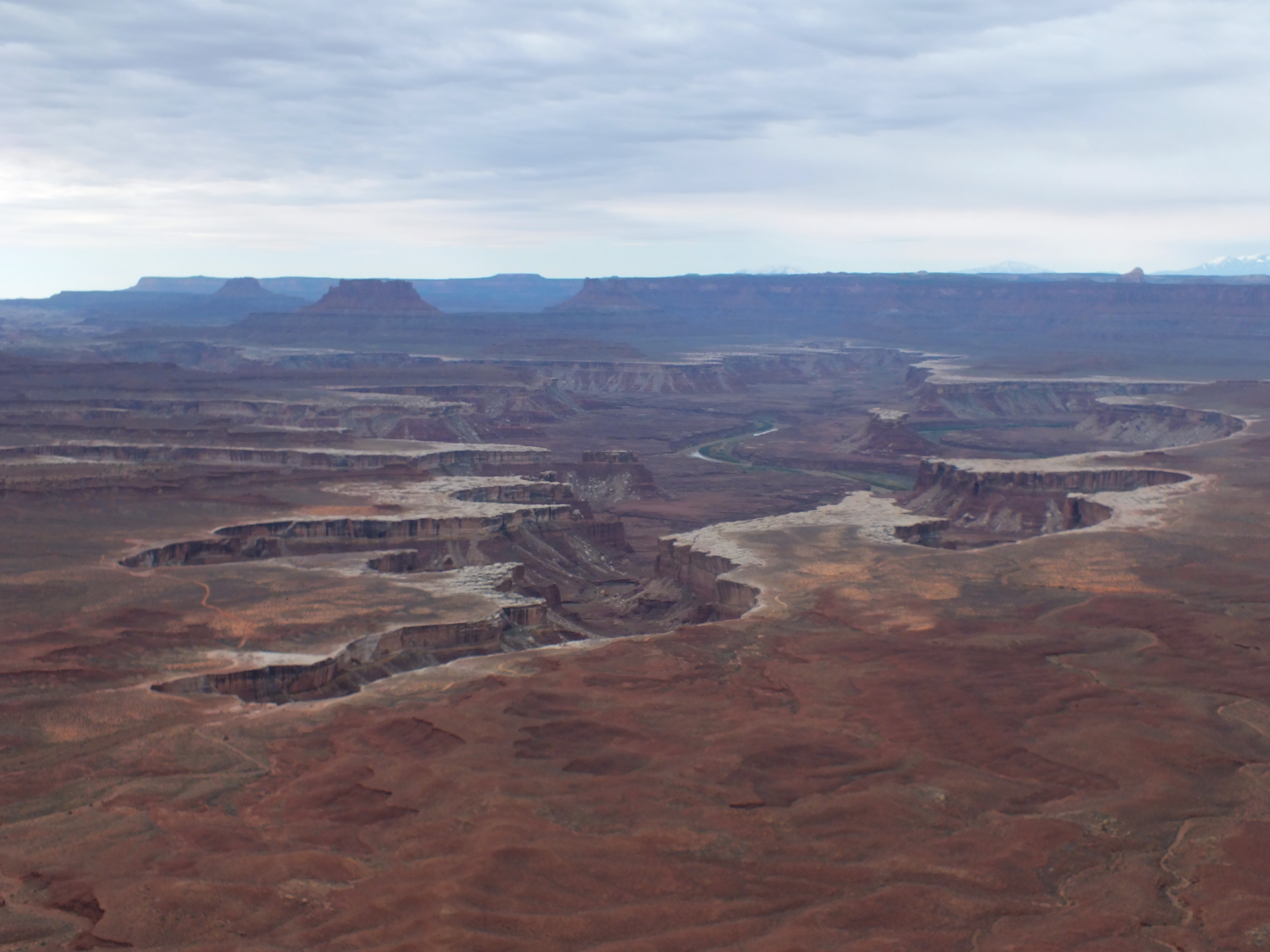 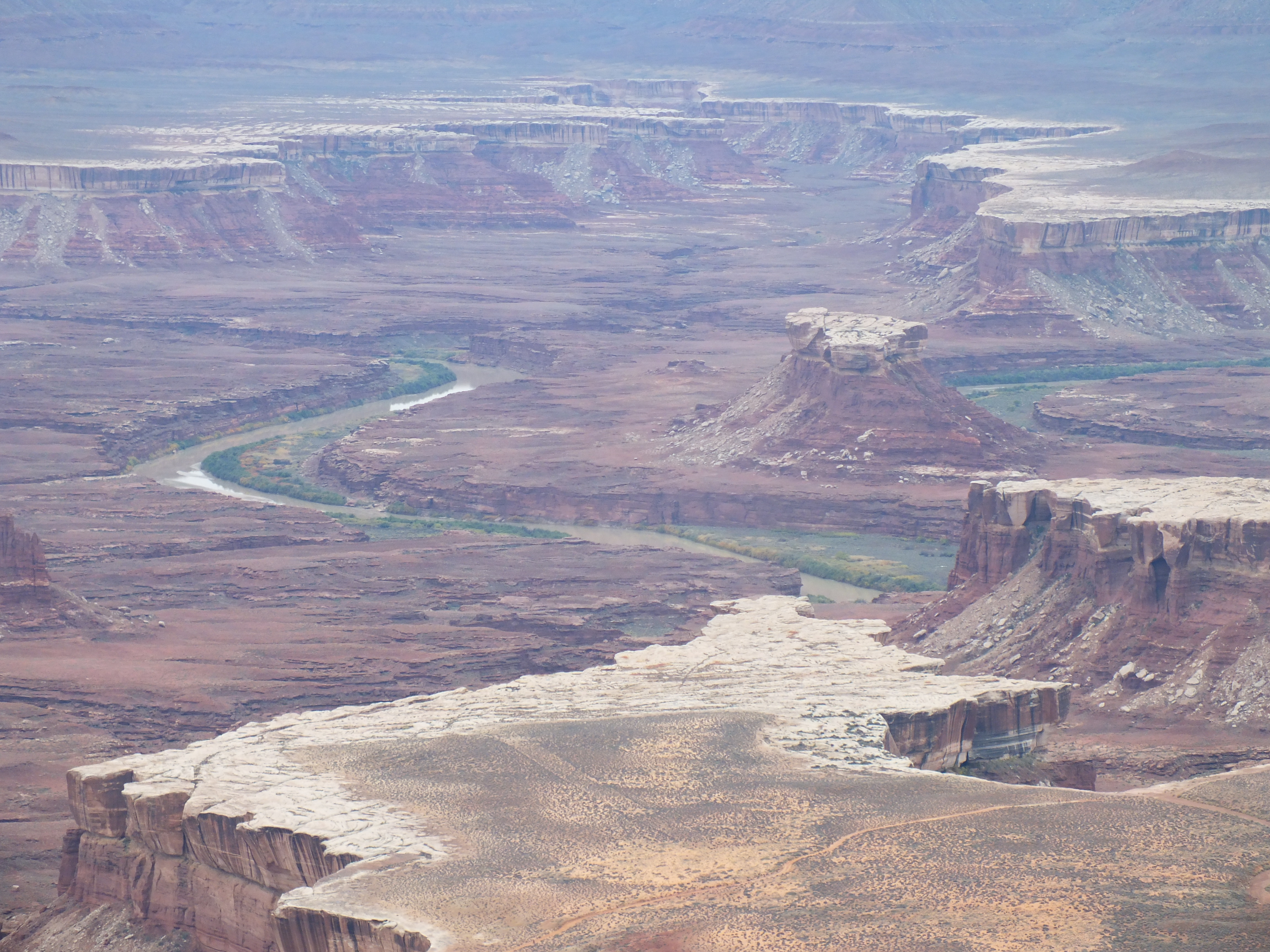 We stopped along the road to get a view. There was a narrow trail leading toward the cliffs, but it obviously wasn’t an official trail. I was somewhat startled when my usually-law-abiding wife took off for a closer look. 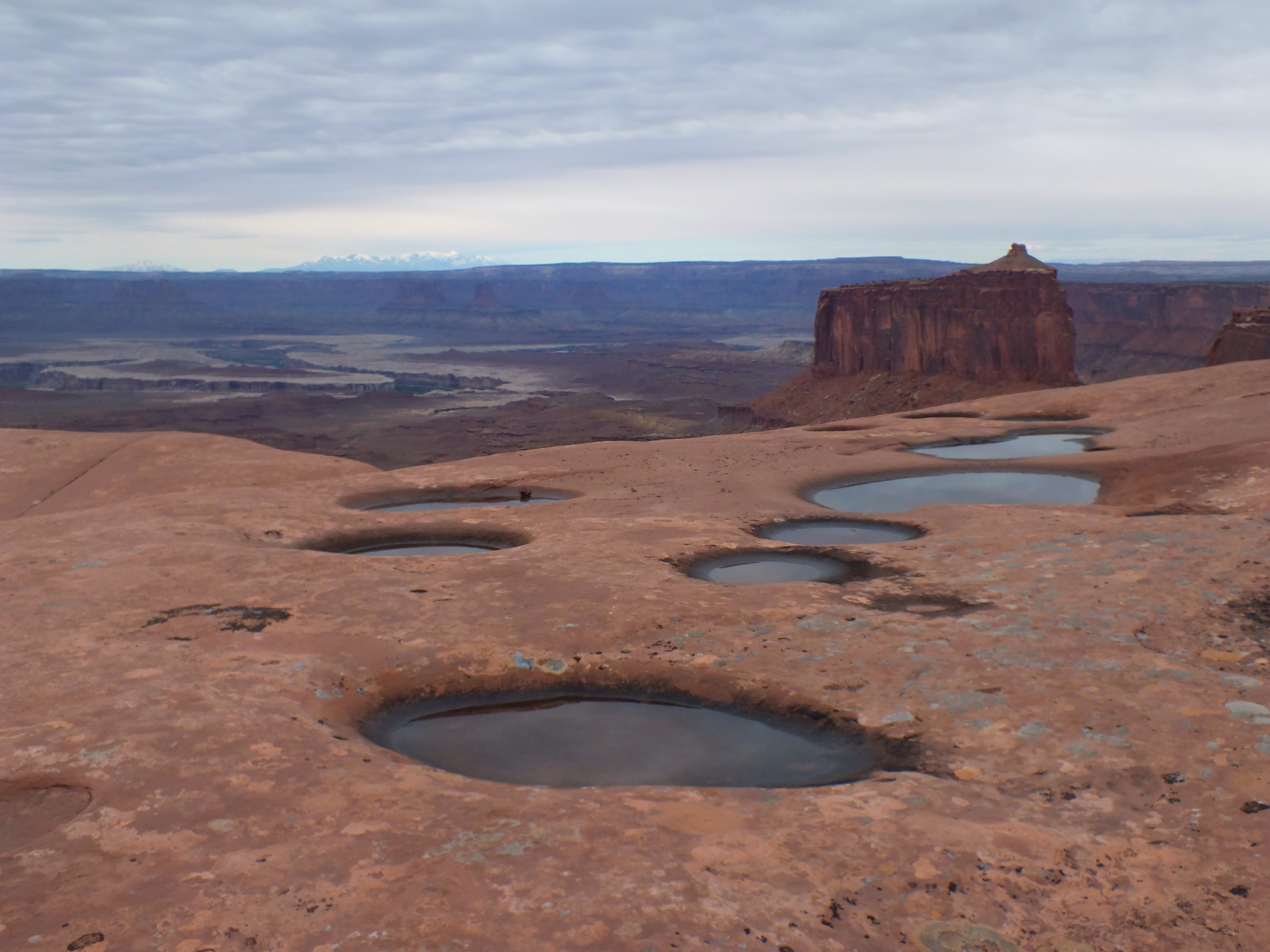 I think these next shots were taken facing east toward the Colorado River section of the canyon. 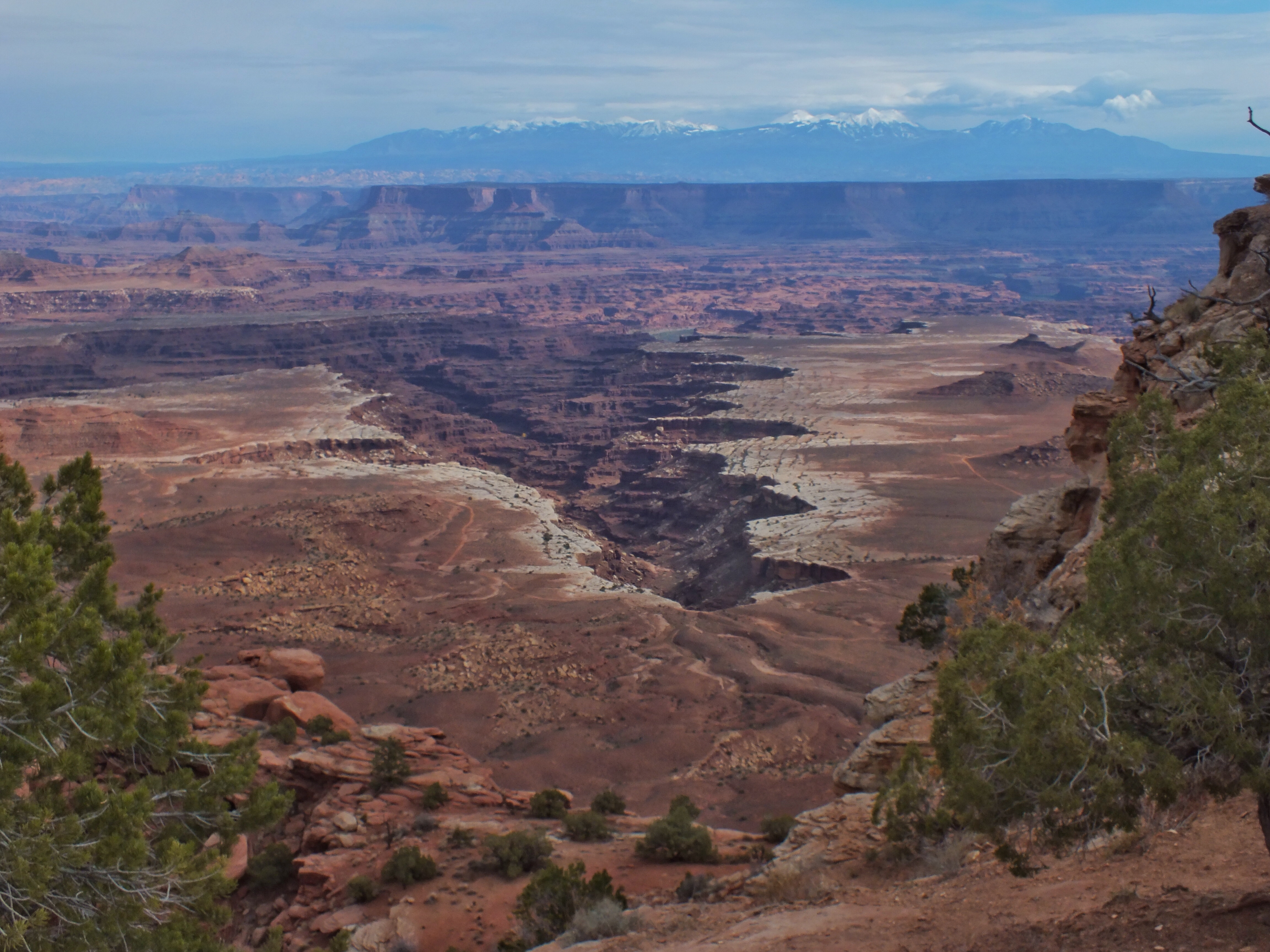 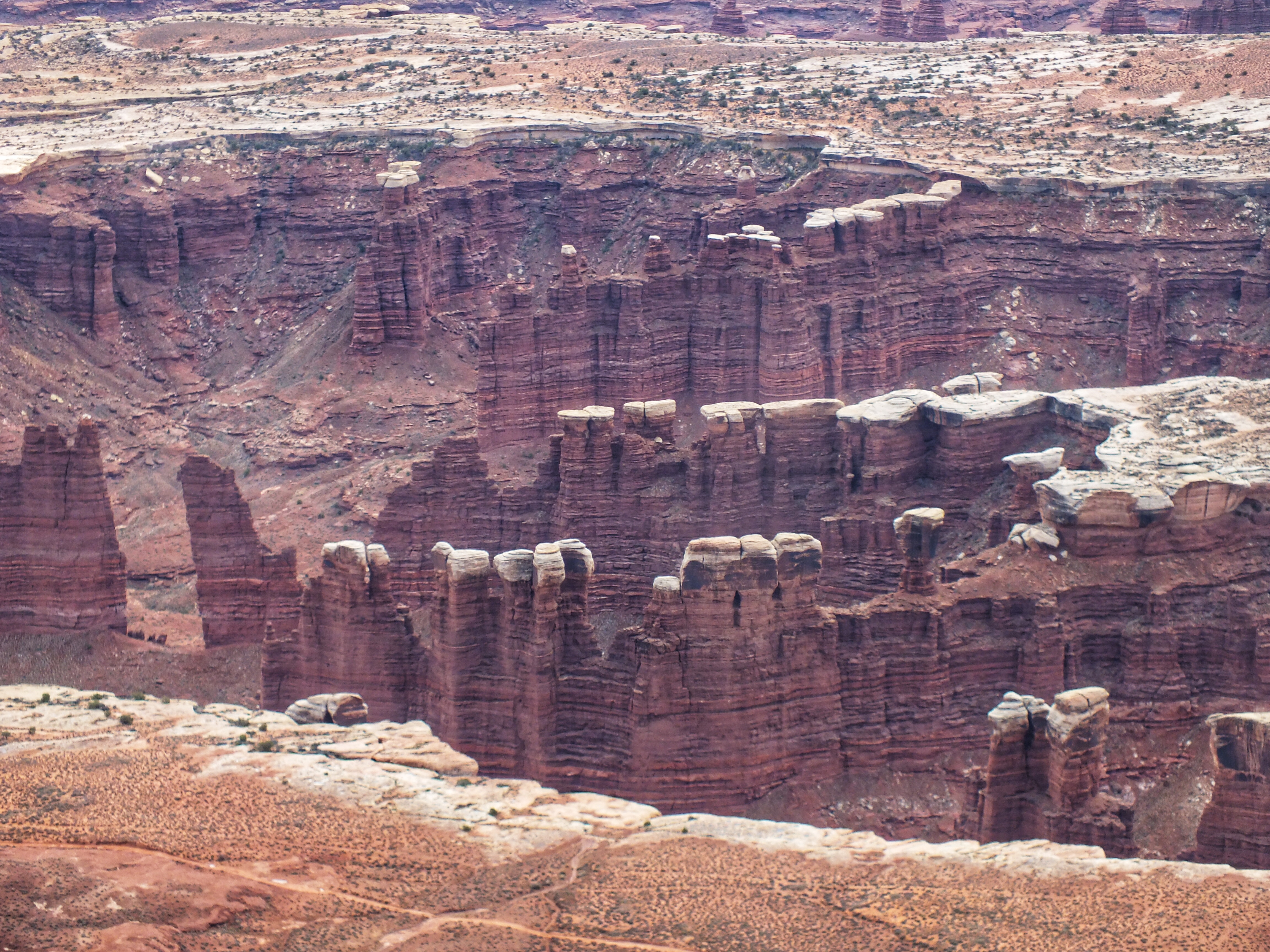 We did everything there was to do without taking a long hike or driving on rugged dirt roads, and we were done in about two hours. Maybe in different light … It was just to big and bleak to be beautiful or even fully comprehended. Apart from Mesa Arch, the most interesting thing in the park was the sign in the outhouses instructing people to use the toilet, not the floor, and to not stand on the toilet.

We headed back to Moab and stopped for snacks at a grocery store before continuing to our next adventure, which turned out not to be much better.