It just happened that our route took us through Monument Valley, but we weren’t upset about it. Of course, I was familiar with it from every western movie ever. 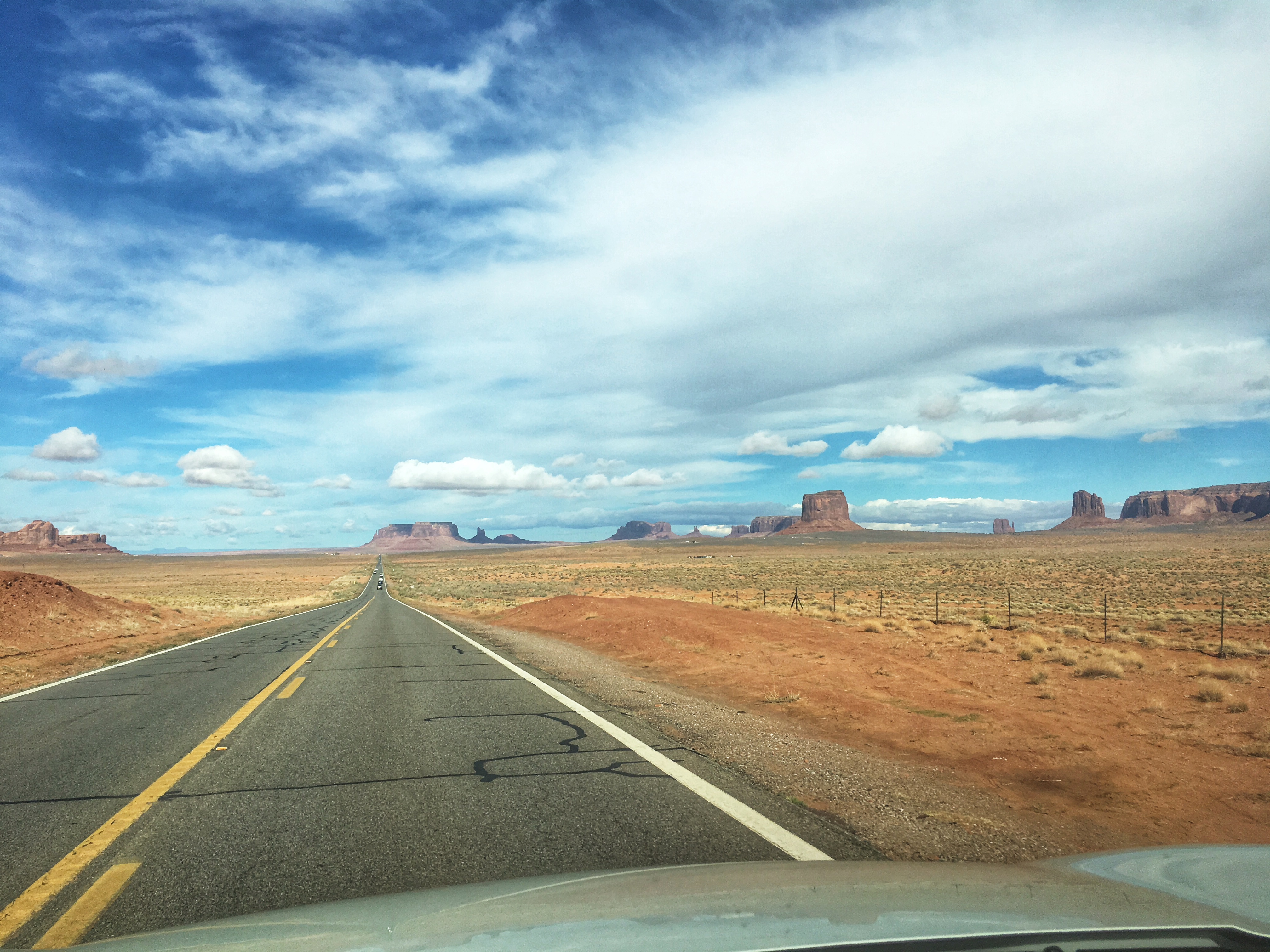 Sam, our friendly waitress at Zion National park, told us we had to stop at Goulding’s Lodge to try to Navajo frybread. It turns out she may have been biased. The lodge itself was an unimpressive structure with a dull dining room attached.

The menu said the special was the Navajo taco. This turned out to be an unexceptional hunk of somewhat-greasy bread with canned chili, lettuce, and tomatoes dumped on top. I downed about half of it before stopping to ask myself why. 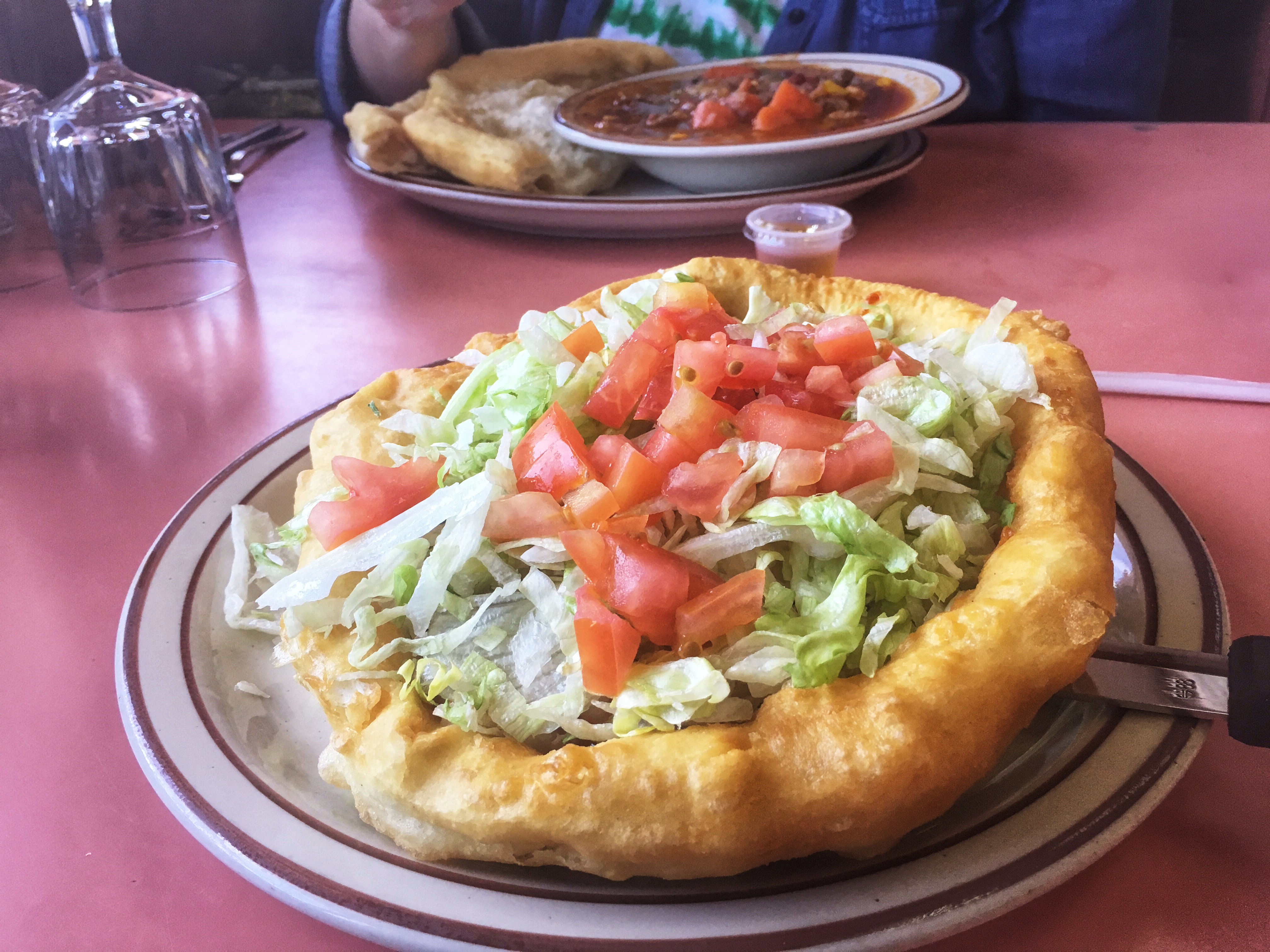 Next to the modern lodge was the original building built by the Gouldings in the 1920’s. They ran a diner downstairs and lived upstairs. The museum inside was mildly interesting. 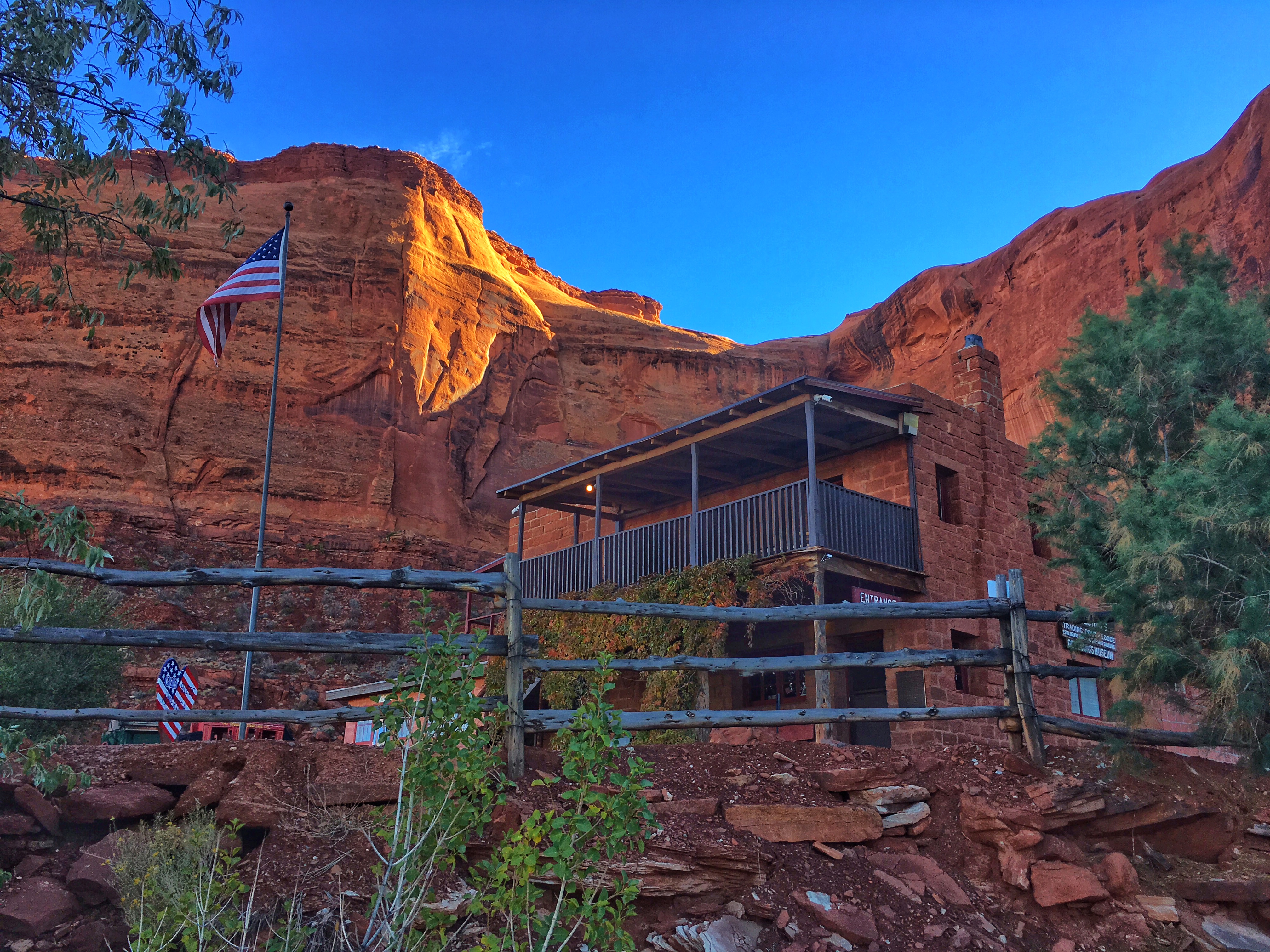 Behind the museum was a small structure billed as “John Wayne’s cabin.” In fact, it was a potato shed. The outside was used as the outside of Nathan Brittle’s (John Wayne’s) cabin in the movie She Wore a Yellow Ribbon. The museum building also had a cameo role in the film. The interior shots were filmed in a studio in California. 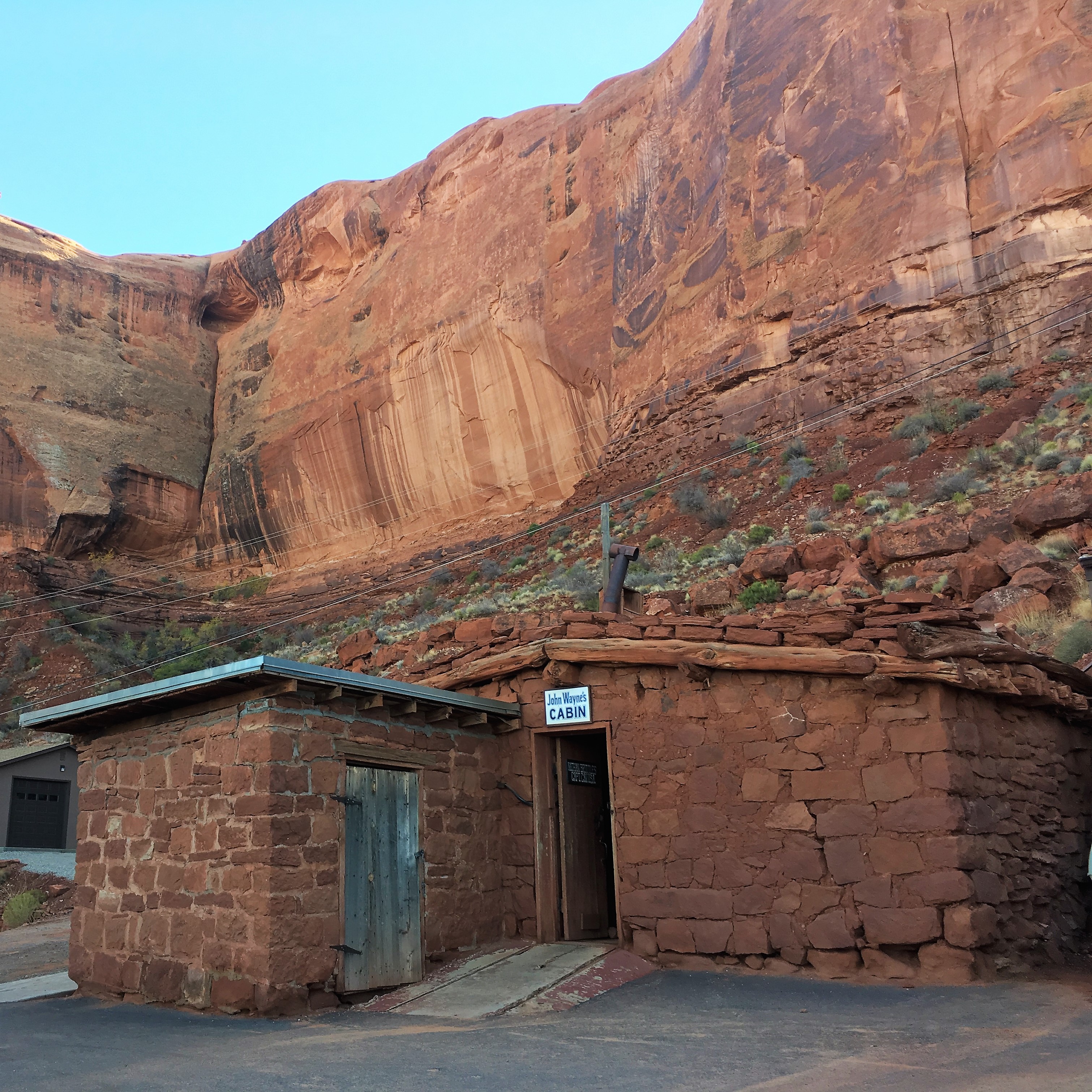 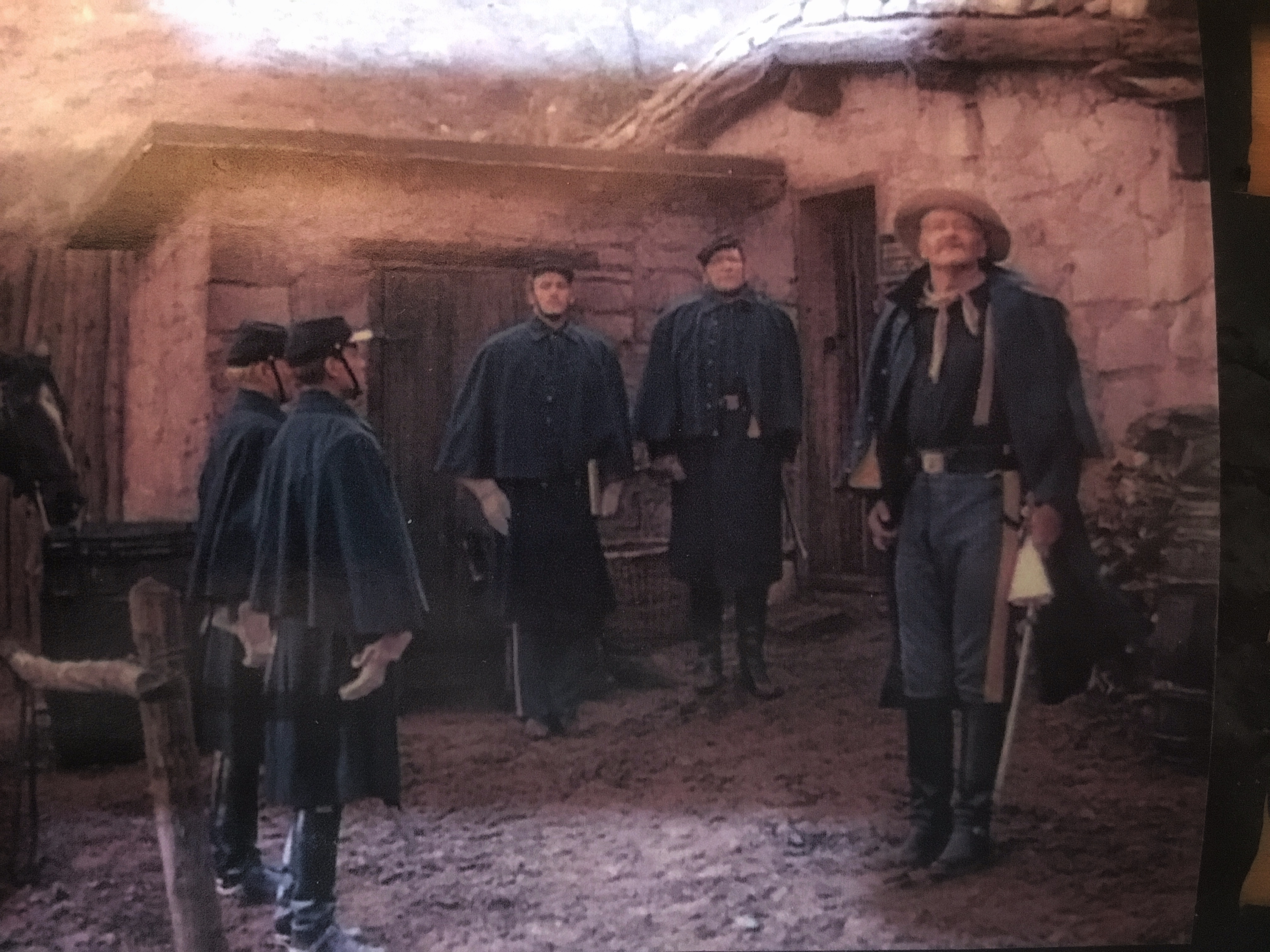 Movie director John Ford loved the look of Monument Valley and shot several of his westerns there. His, and other, films that have been shot in the valley include:

We visited the Goulding Lodge gift shop, which featured a lot of Navajo-crafted items. We spent way too much money. 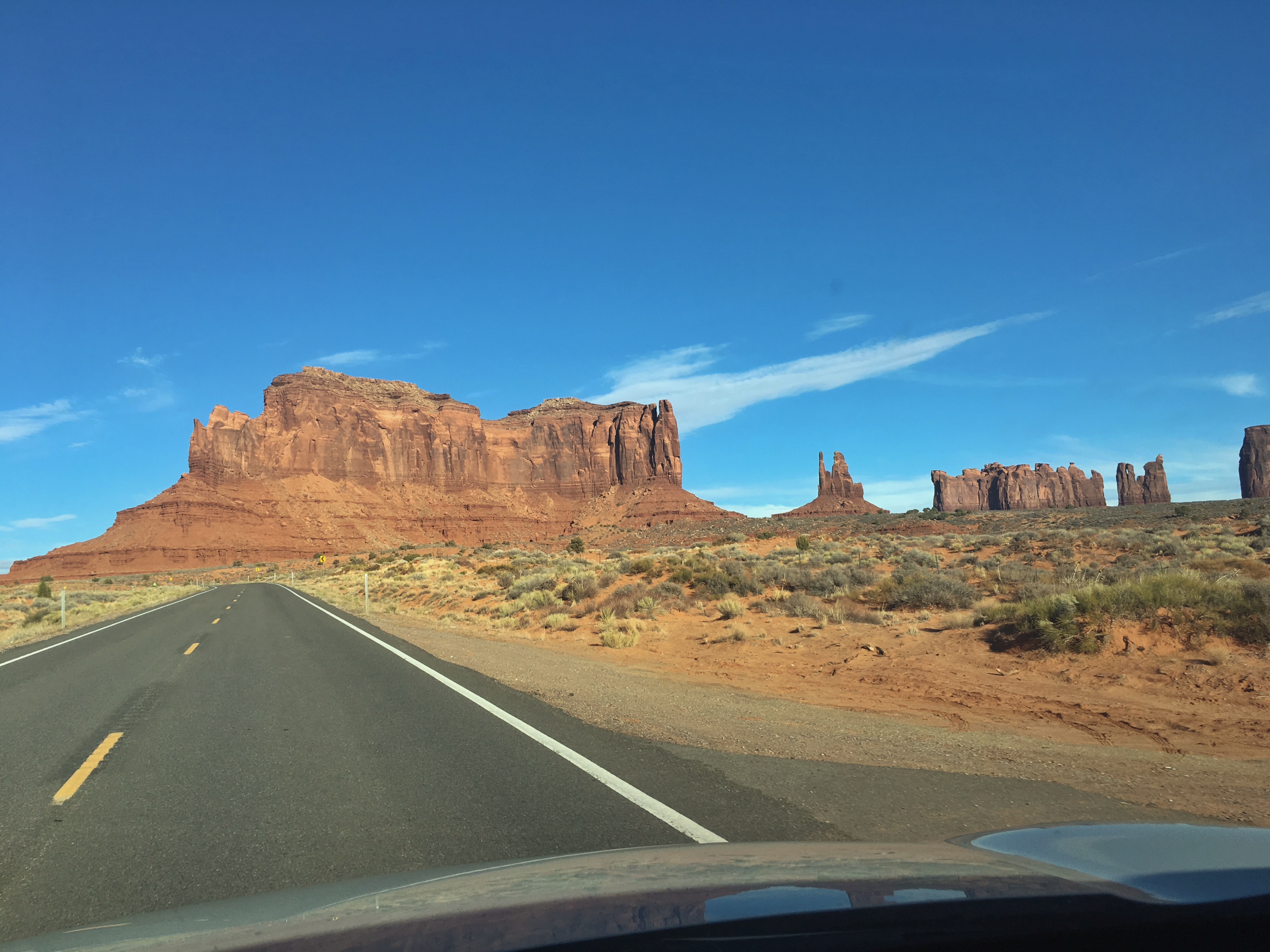 After we passed the towers, we came upon the spot where Forrest Gump stopped running. I felt compelled to stop and take a photo even though I’m not a big fan of the movie and couldn’t recall the scene until I’d looked it up online the night before. 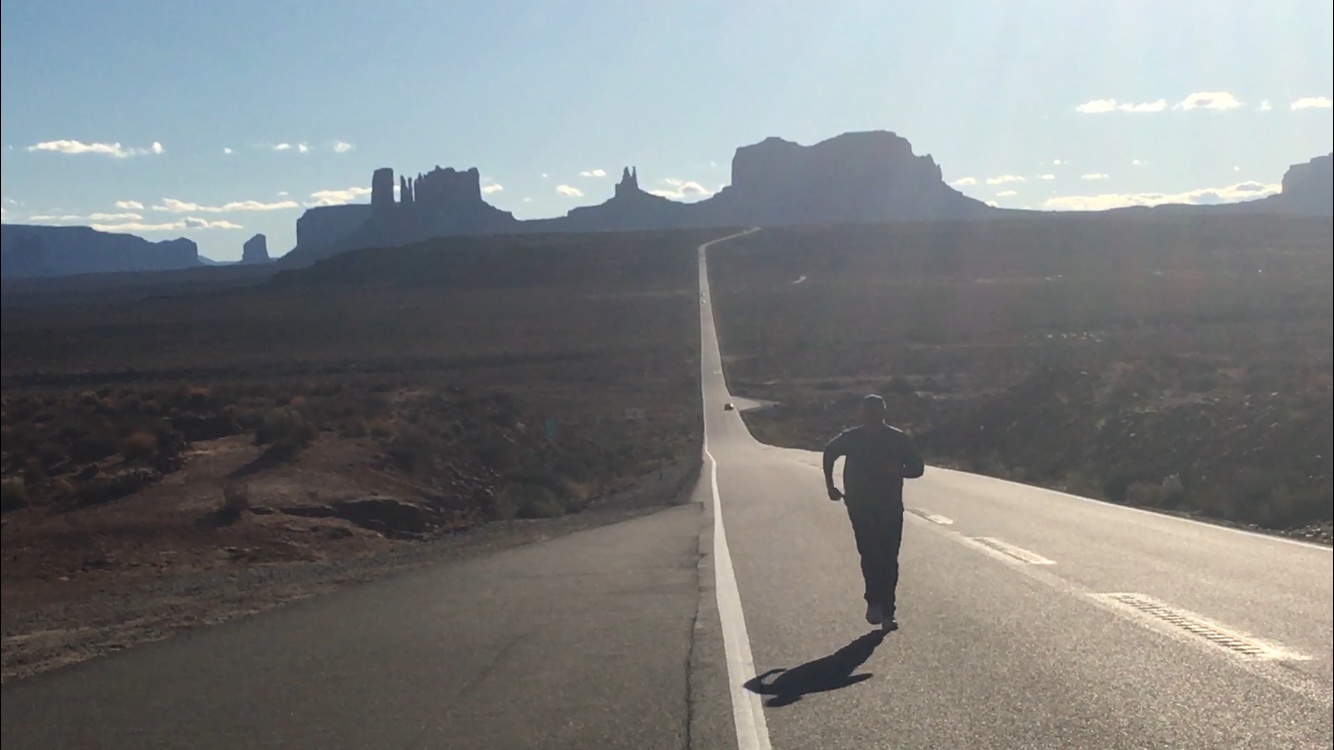 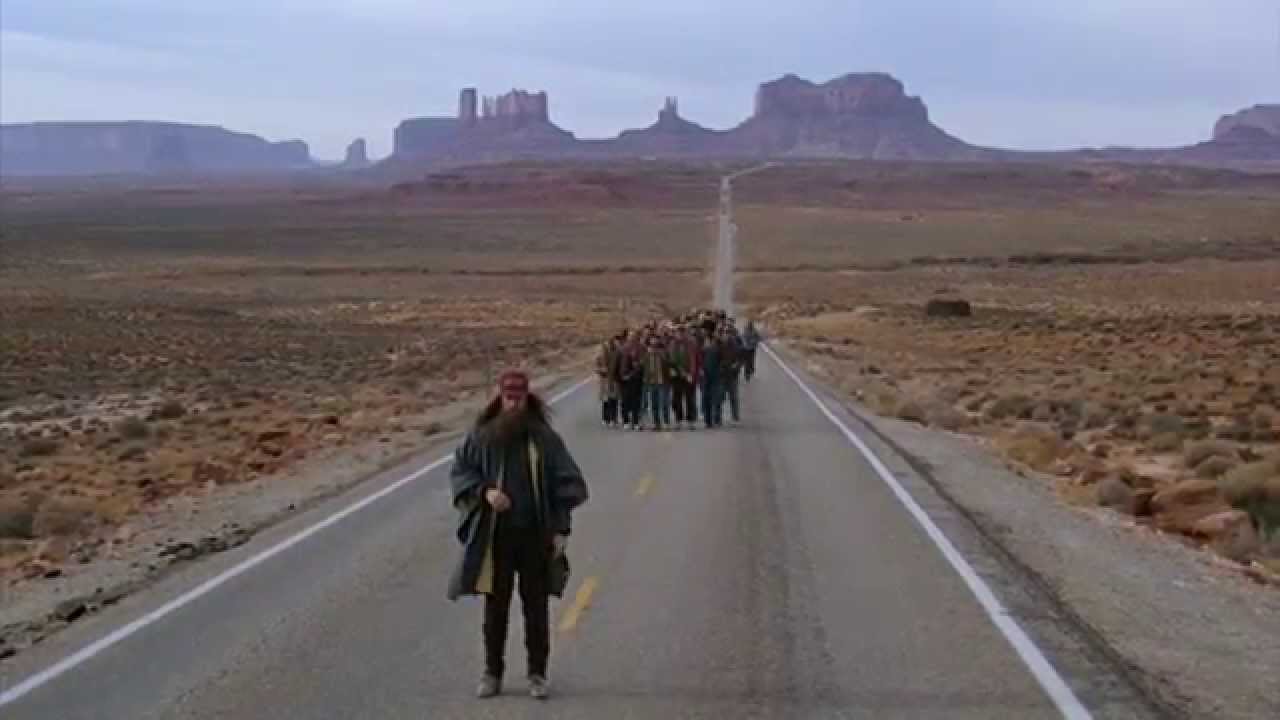 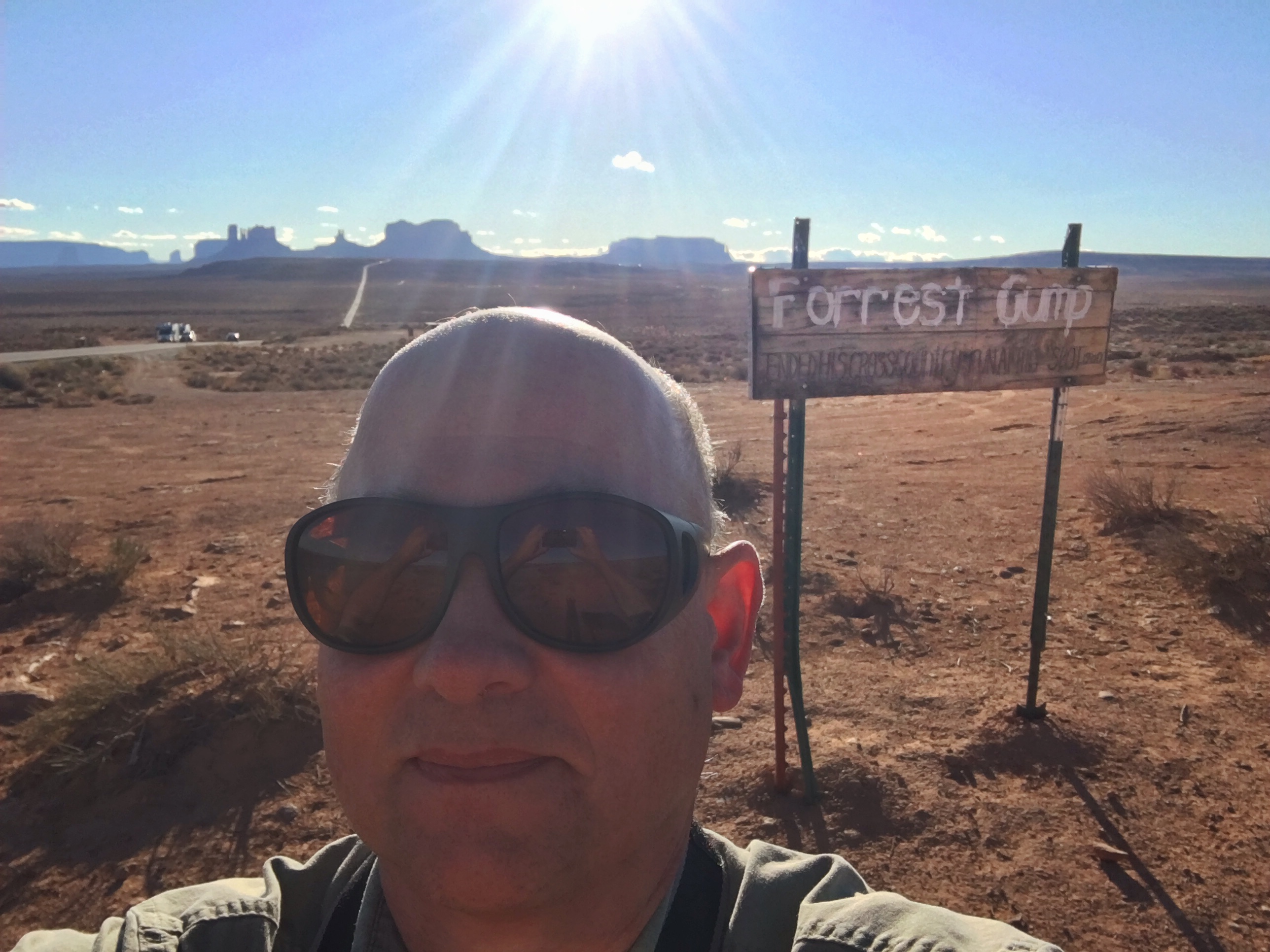 It got dark before we reached Moab. The hotel where I had reserved a room for the next three nights turned out to be right on the main street. The town caters to off-road enthusiasts, and loud four-wheeled drive vehicles roared past all night. Our hotel seemed to be particularly attractive for enthusiasts—at least 75% of the vehicles in the parking lot were Jeeps, and about half of the rest were pickups. The drivers we came across during the next two days were nice enough, but they had a penchant for standing on the walkway outside our room chatting and drinking beer, which reduced our sense of privacy considerably. We kept the air-conditioning fan on full blast the entire time for white noise.

The room was clean enough, and the beds weren’t bad. They actually had a pillow that was far more comfortable than mine at home.

This entry was posted in Historic Buildings, Movies, Scenery. Bookmark the permalink.