I kept my eyes on the sky the entire time we were at Zion in case a California Condor flew over. If I’d seen one, we would probably have gone to Bryce Canyon National Park on Wednesday. But I didn’t, so we went to Moab by way of Arizona. We crossed over the Kaibab Plateau just north of the Grand Canyon.

We stopped to see the condors at Vermilion Cliffs, then continued east across the top of Arizona. We stopped at the visitor center at Navajo Bridge and walked across the Colorado River on the old bridge. This section of the river is called Marble Canyon. Lake Powell is about 10 miles north, as the crow flies.

At some times of the year, condors hang out on the girders. Occasionally, one will  even land on the railing where the monitors chase them away so they don’t become too acclimated to humans.

There were no condors there when we visited, but the view was still impressive. 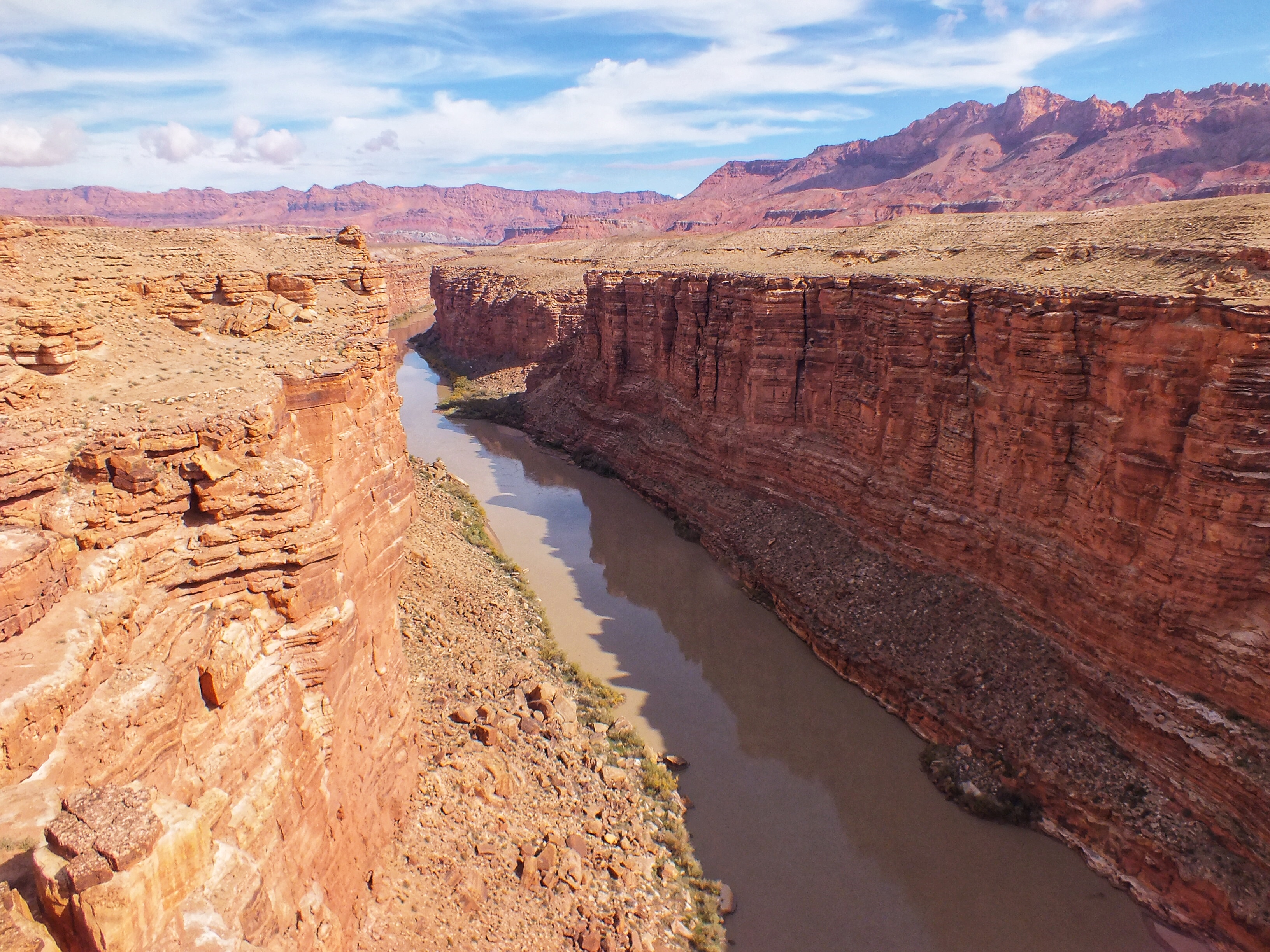 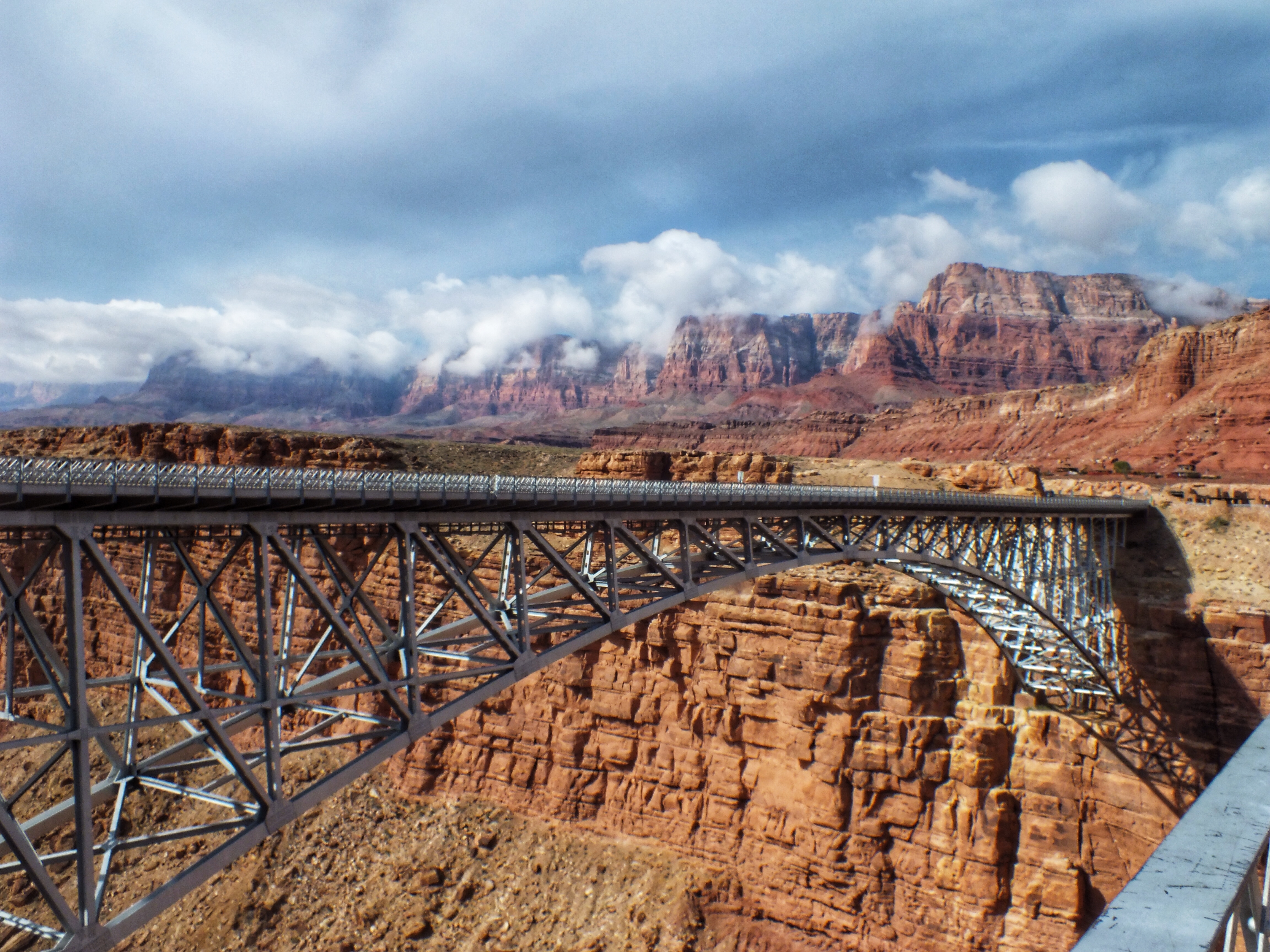 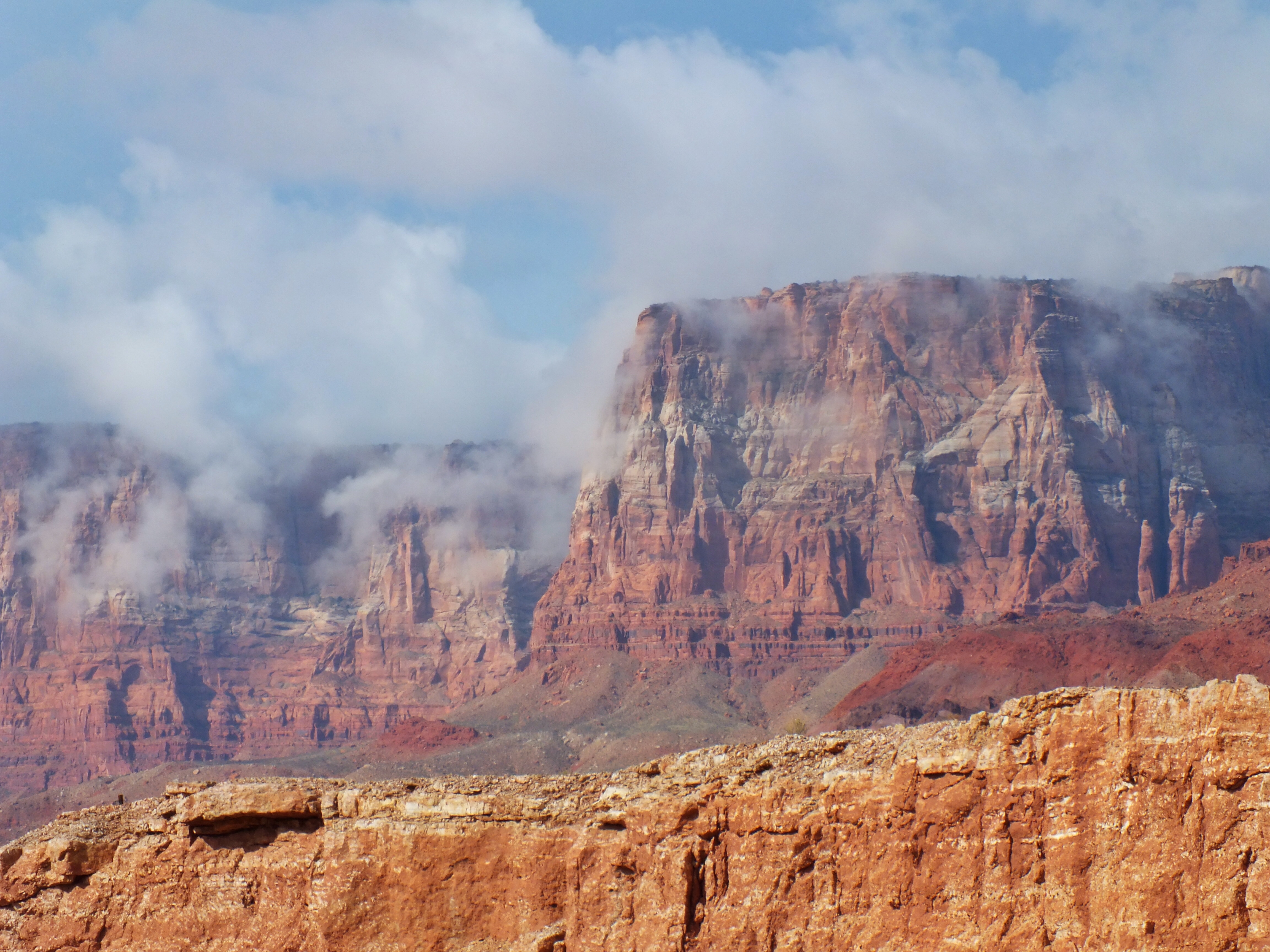 The new highway bridge is on the left. The old one is now restricted to foot traffic. 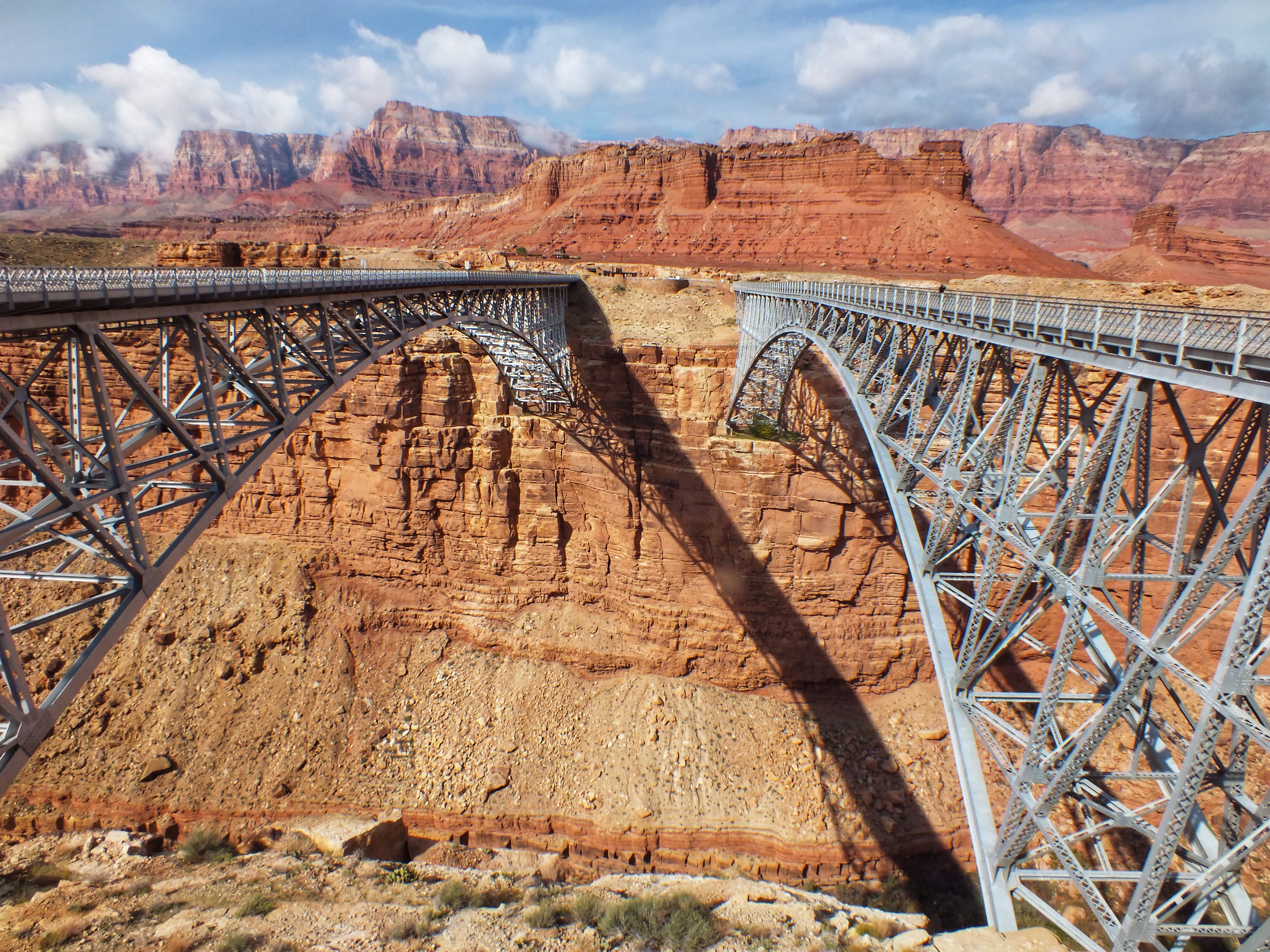 To get a sense of scale, notice the two boaters in inflatable kayaks at the bottom of the next photo. You may have to enlarge the photo to see them. The river looks placid, but the people in the boats were doing very little paddling, and they were out of sight around the bend long before we left. 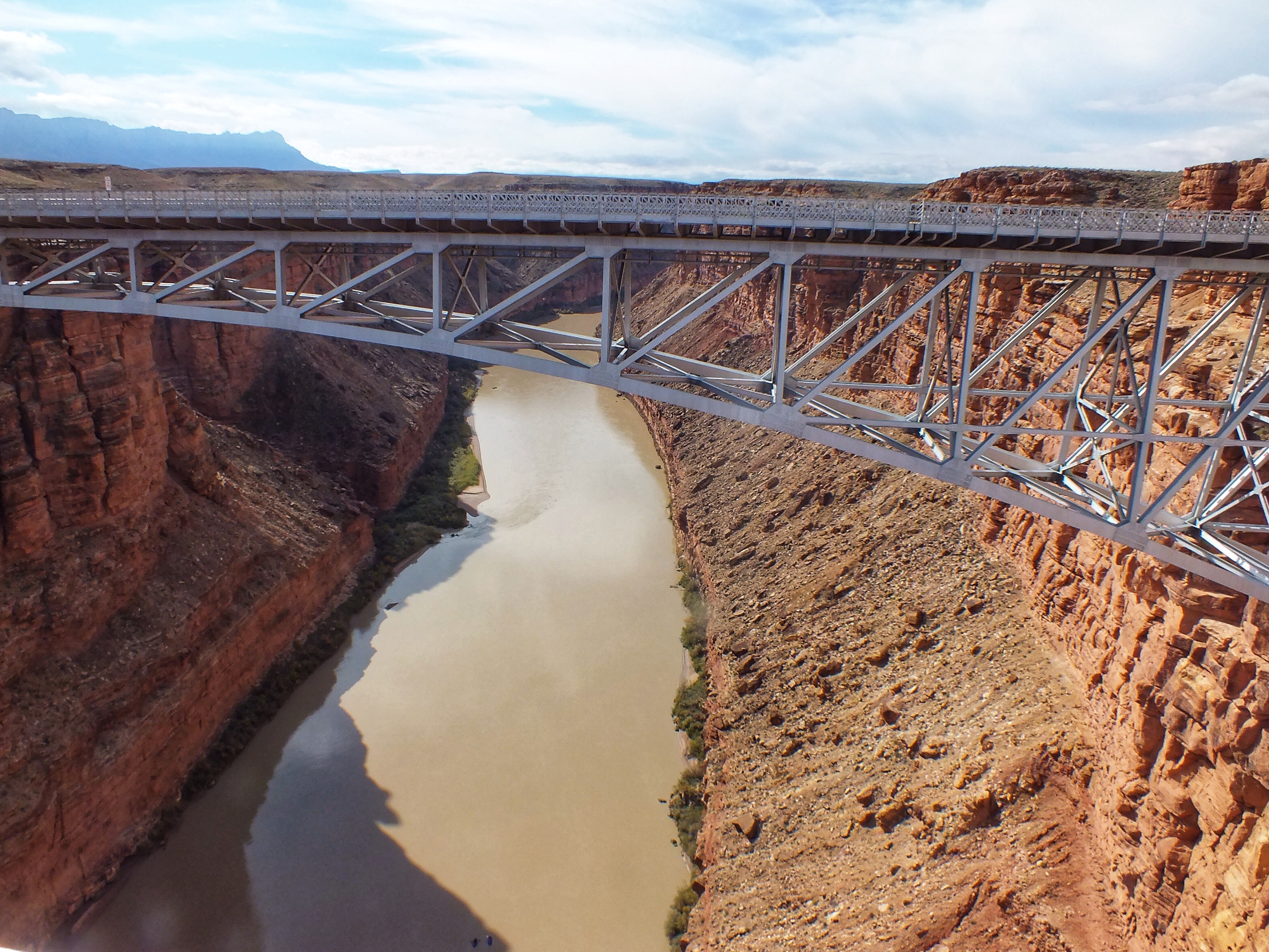 We hung around about 20 minutes, made a quick stop in the gift shop, then headed east.

The mountain ranges run north and south in this part of the country, so we had to keep dipping down further into Arizona, then heading back north toward the Utah border, only to dip down again. It wasn’t a quick trip, but it was interesting.  We stopped for snacks in Page and for gas in the middle of nowhere on the Navajo Reservation.