There was nothing quick about our drive across Utah. Our general direction was southwest, but we spent a lot of time going in every other direction except, perhaps, straight east. Almost every stretch of it was stunning, and we didn’t even mind the rain that followed us for much of the day.

Cedar Breaks National Monument is above 10,000 feet. There was snow on the ground and snow on the paths, but the roads were clear. The park had shut down for the winter—the visitor center and bathrooms were closed—but we could still get to the overlook. 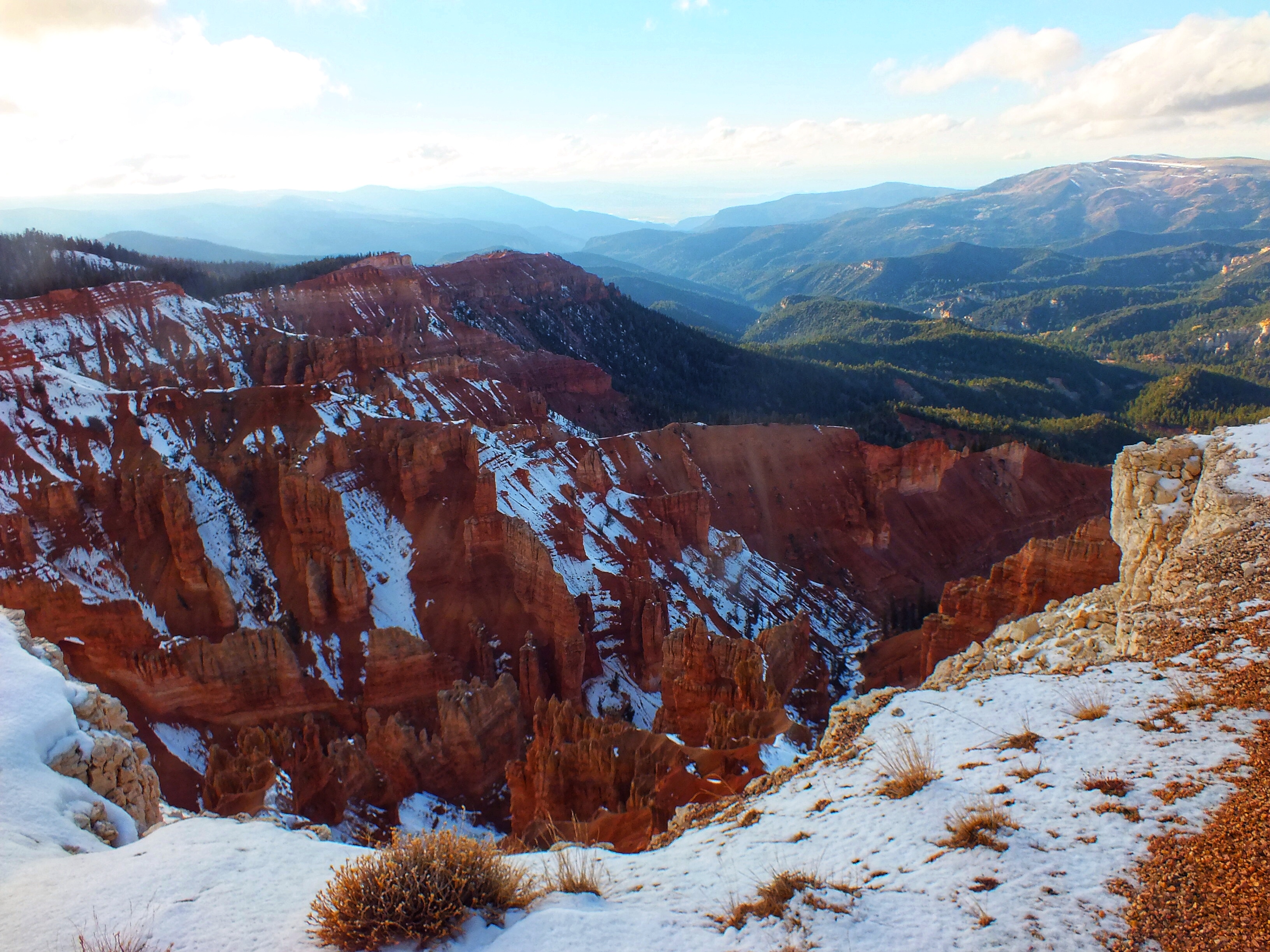 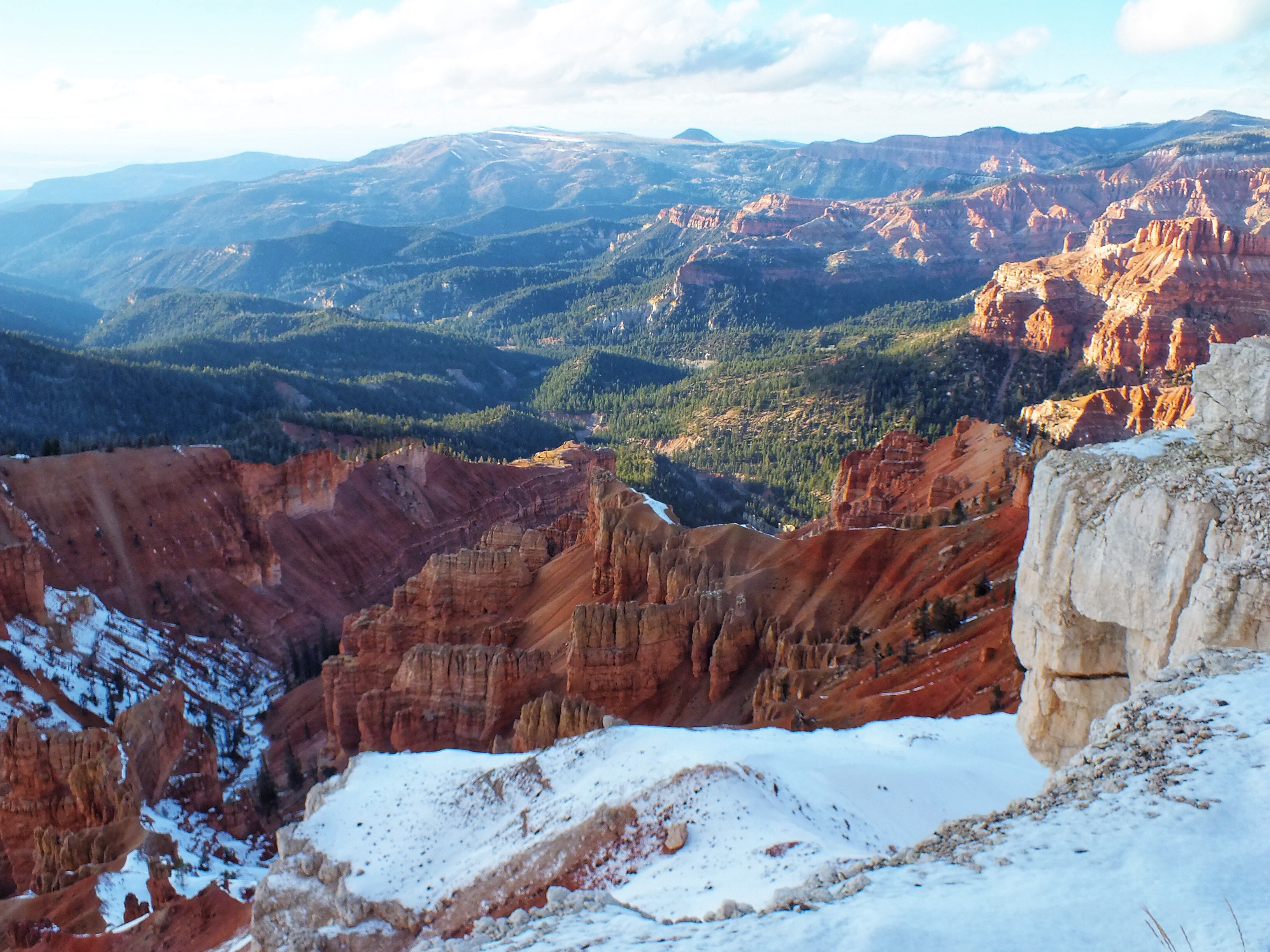 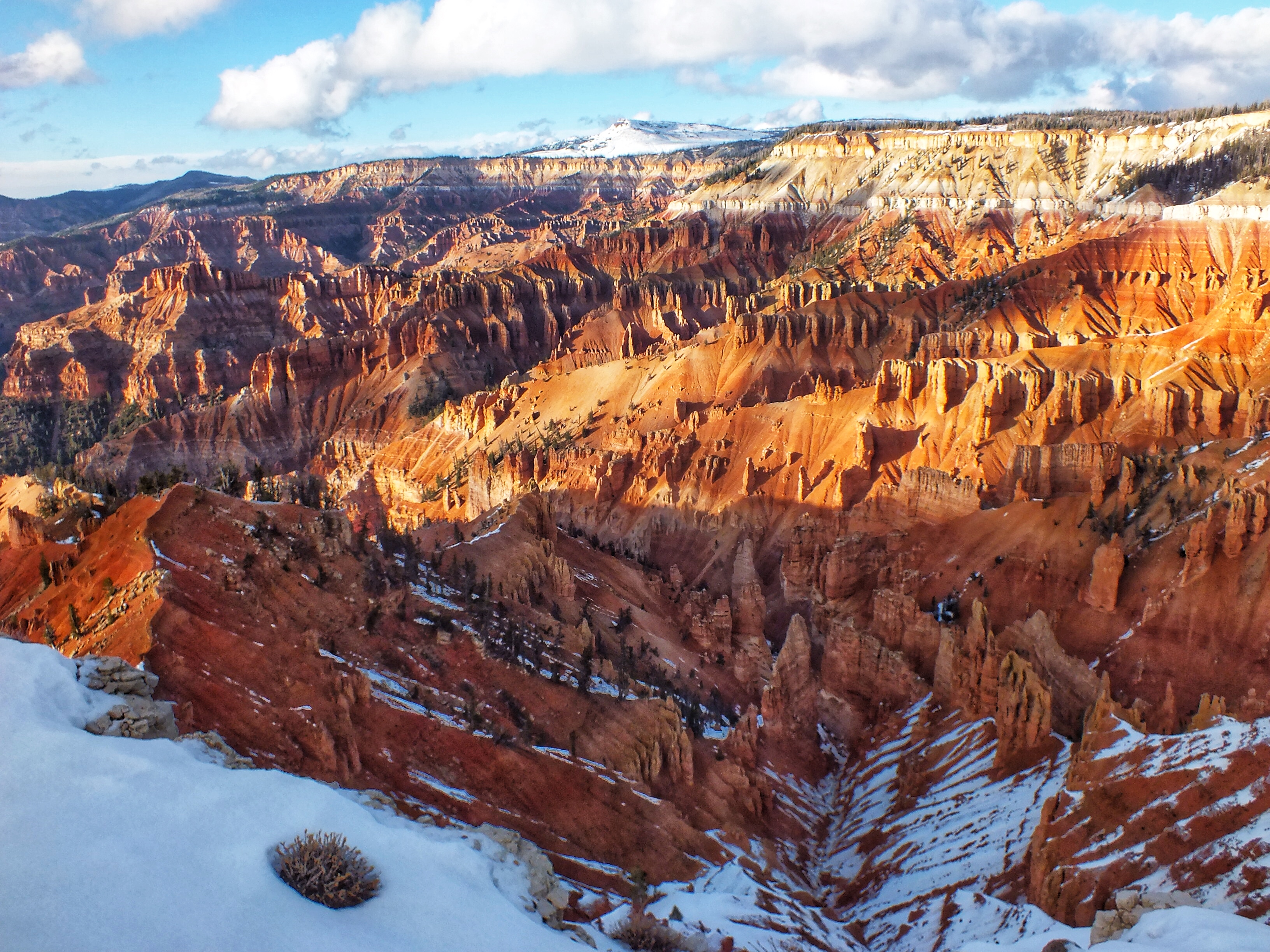 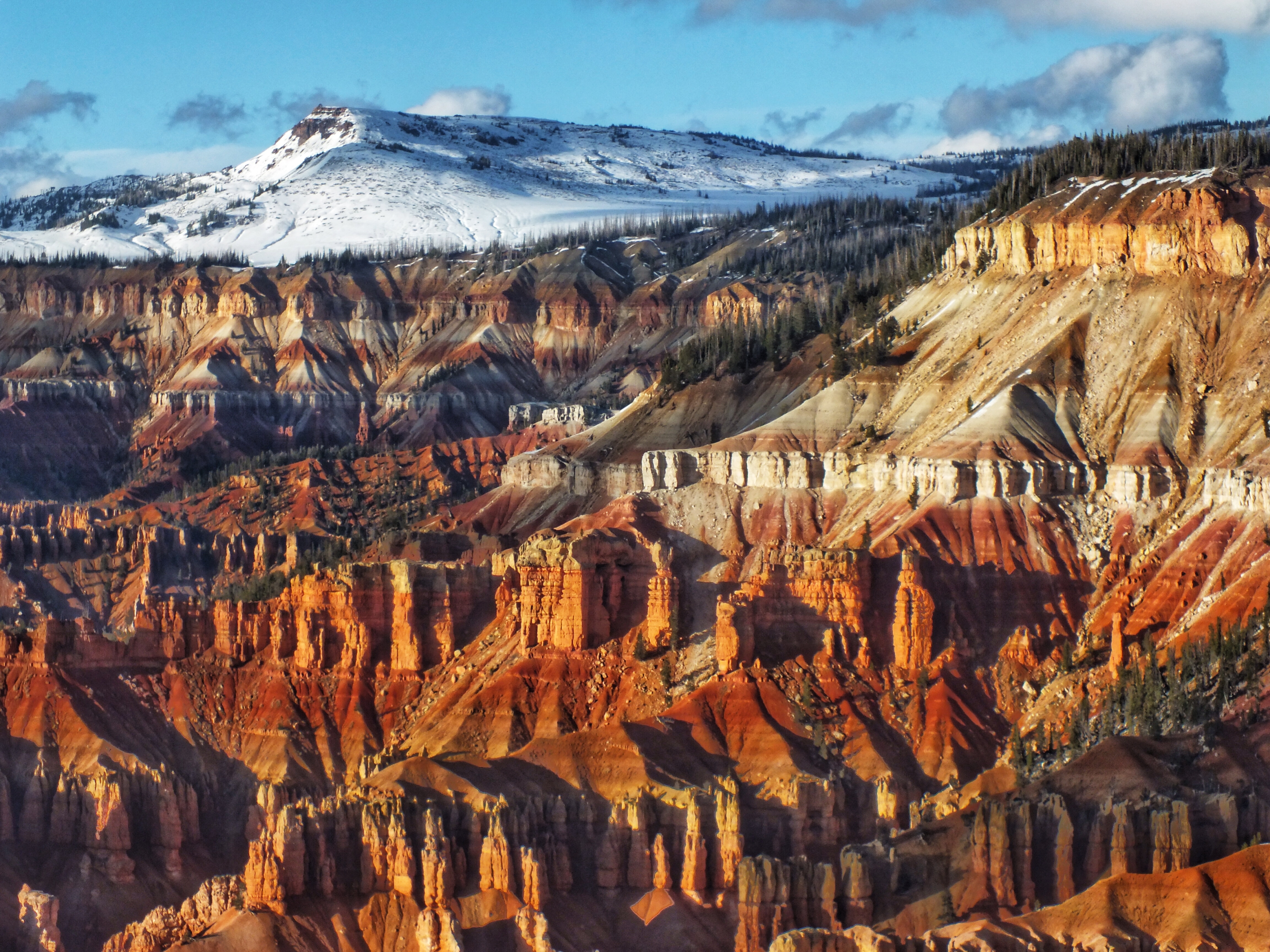 The late afternoon sun painted the rocks with their brightest colors. The only other people there were three young couples traveling together who were taking turns photographing each other with their eyes closed.

We stayed perhaps 10 minutes. It was getting late and we still had a fair distance to drive. But even that brief view was worth the effort.

I’d made reservations at a Hampton Inn in St. George, Utah. I’d never heard of St. George and figured it to be a small town. When we arrived, I stopped at a Hampton Inn. Turns out there are two in town, and I was at the wrong one. I headed another six miles south to an exit just two miles from the Arizona border where there was a very new Hampton Inn. We checked in and then looked for a place to eat. We ended up at Habit Burger, a Five-Guys-type place back by the first Hampton Inn.

It seemed like everything in town was at that exit except our Hampton Inn. We ended up there again the next morning for breakfast at Waffle Love. 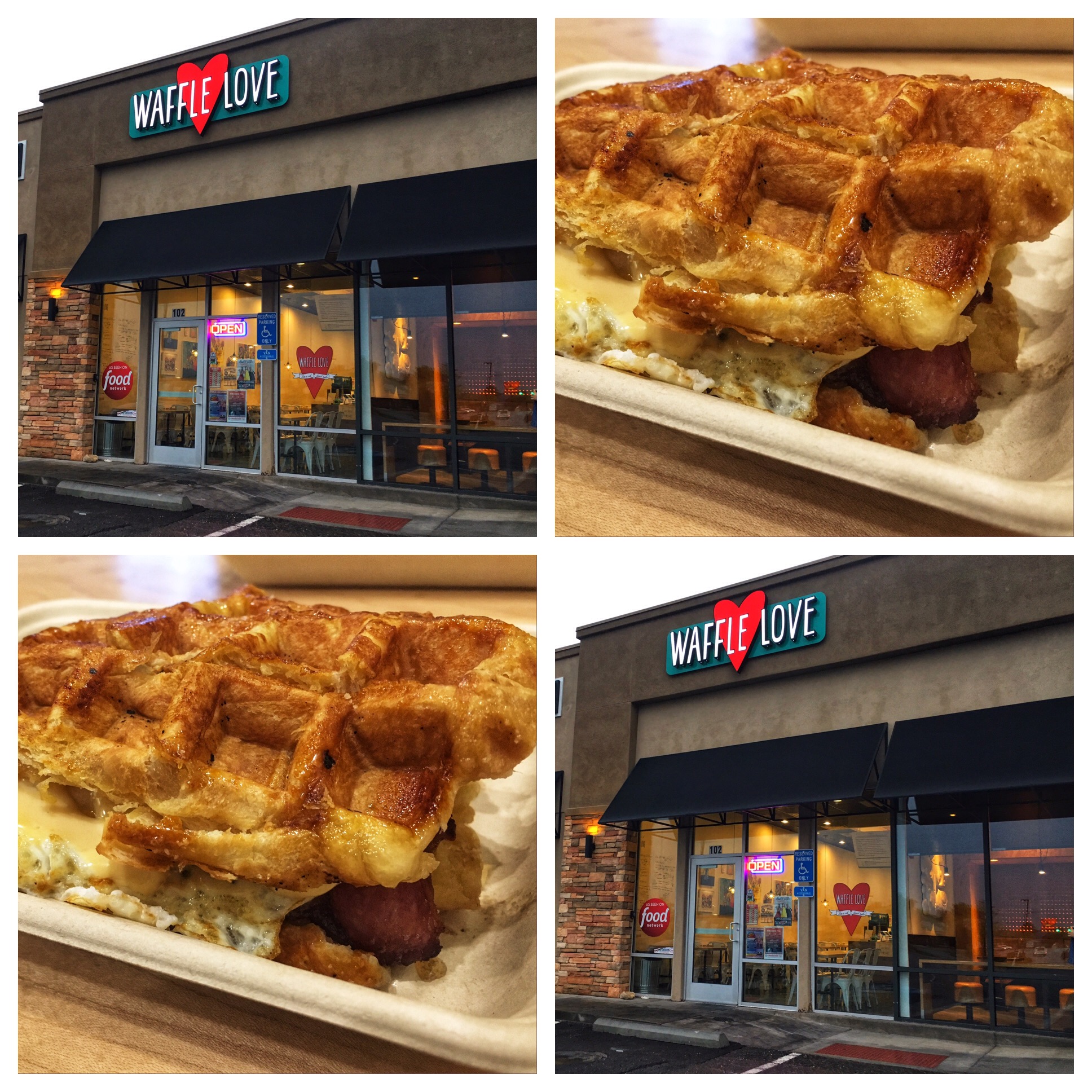 This was the view from our room, looking north—taken two days after we arrived. 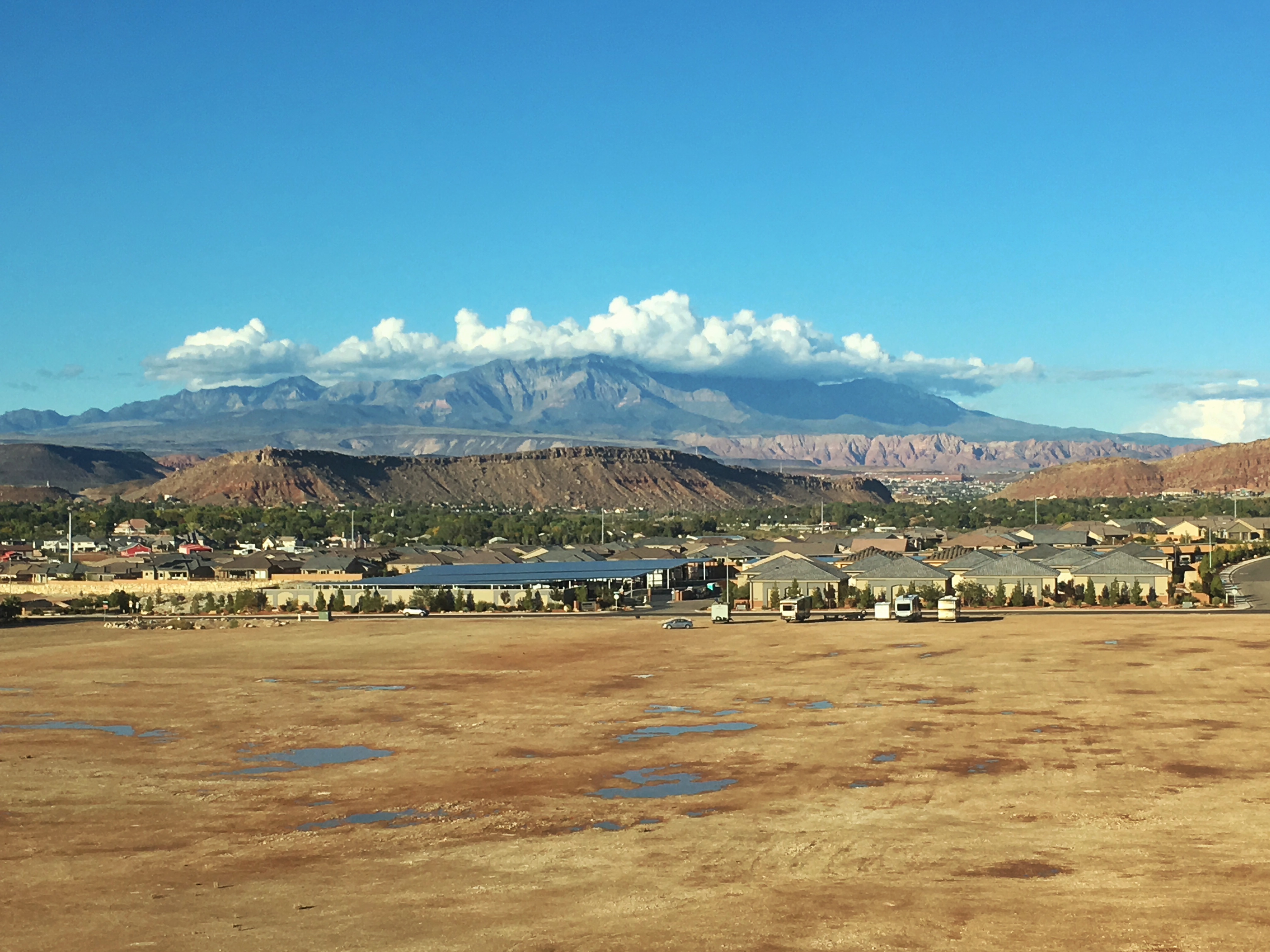