My first afternoon stop was the Cripple Creek District Museum, at the head of main street right next to the railroad depot. The building was the Midland Terminal Depot, built in 1895, when Cripple Creek had a population of 50,000. Three railroads passed through the town then, with an average of 10 trains each day. The building was used as a terminal until 1949. 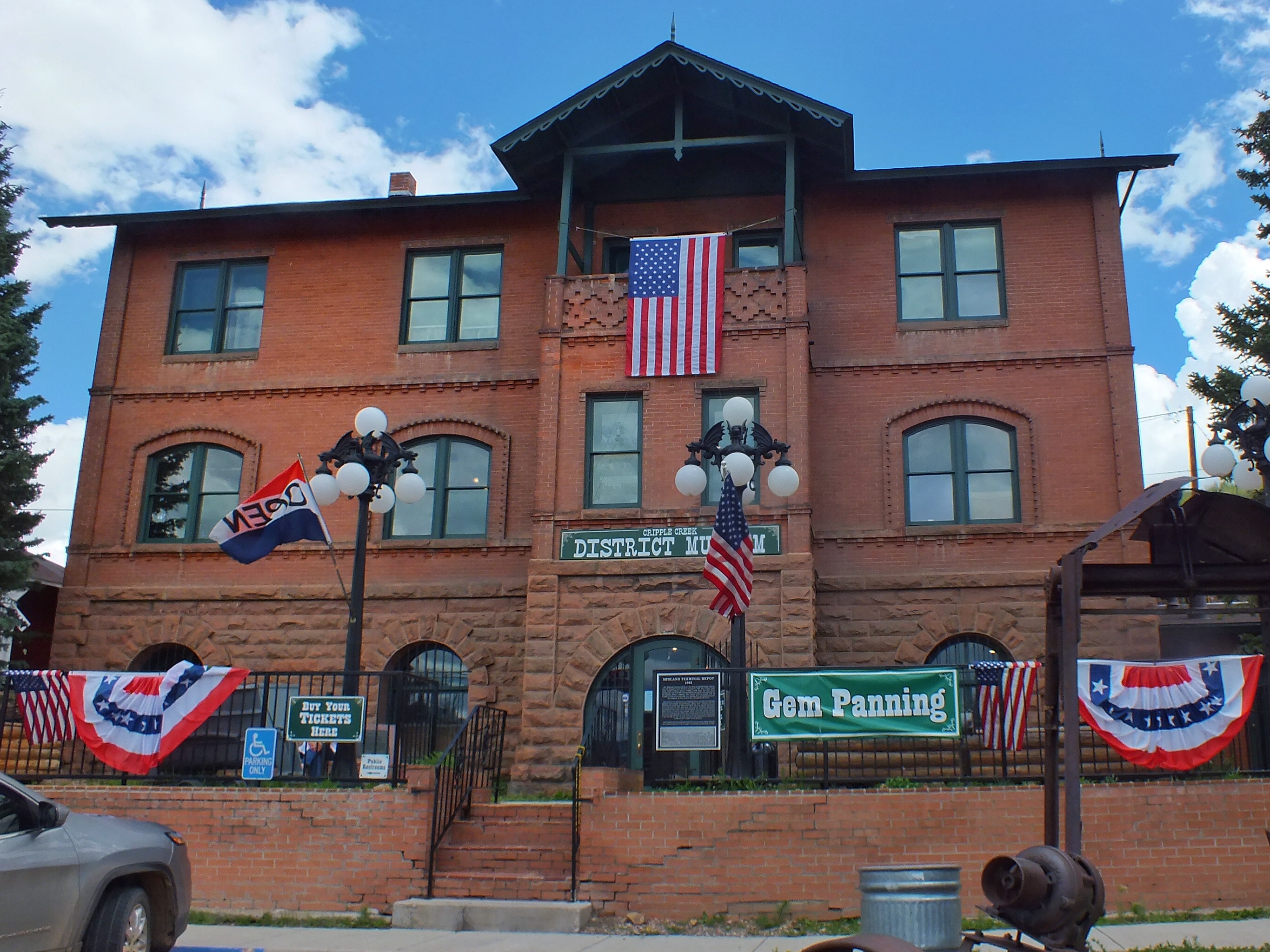 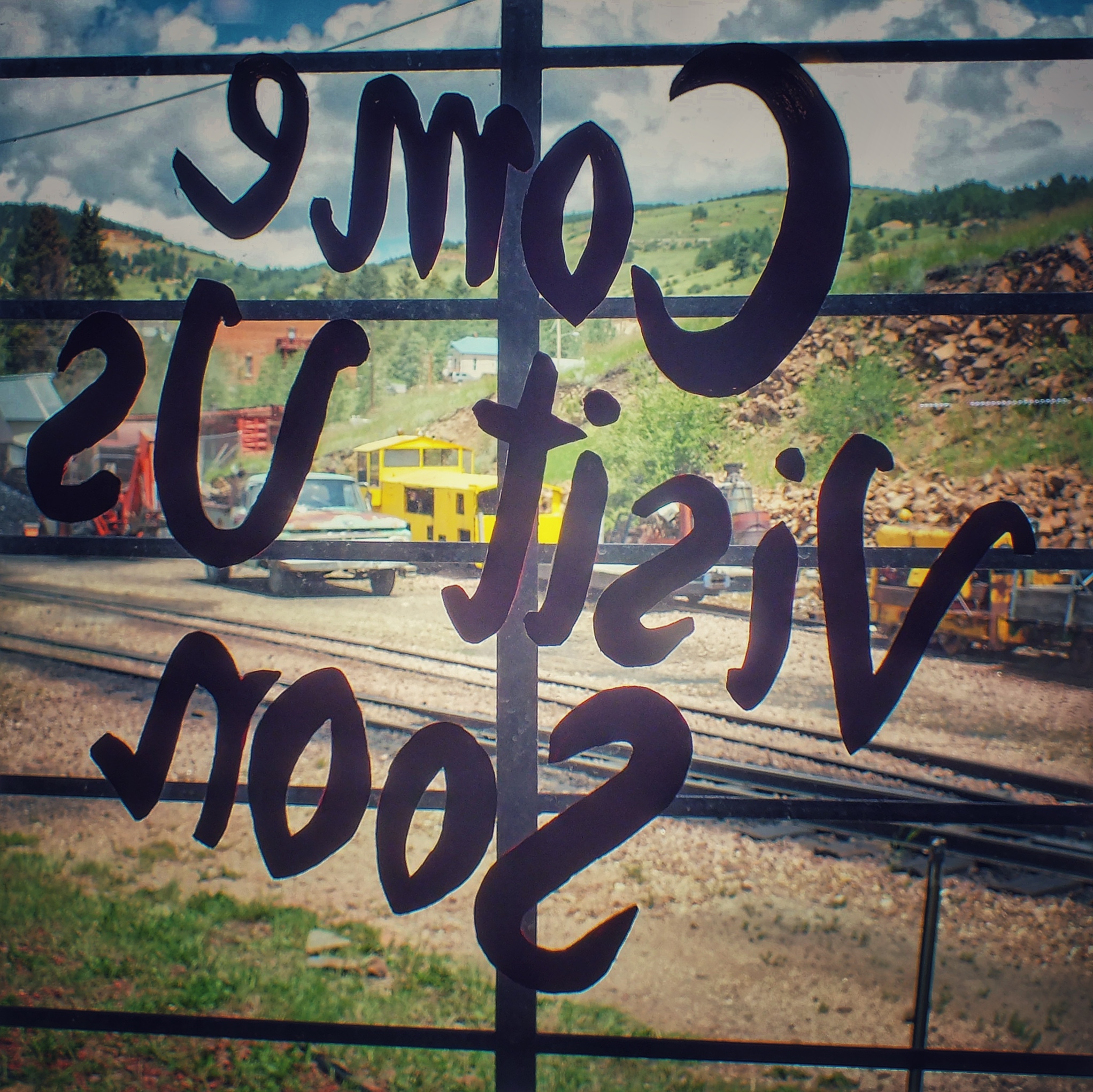 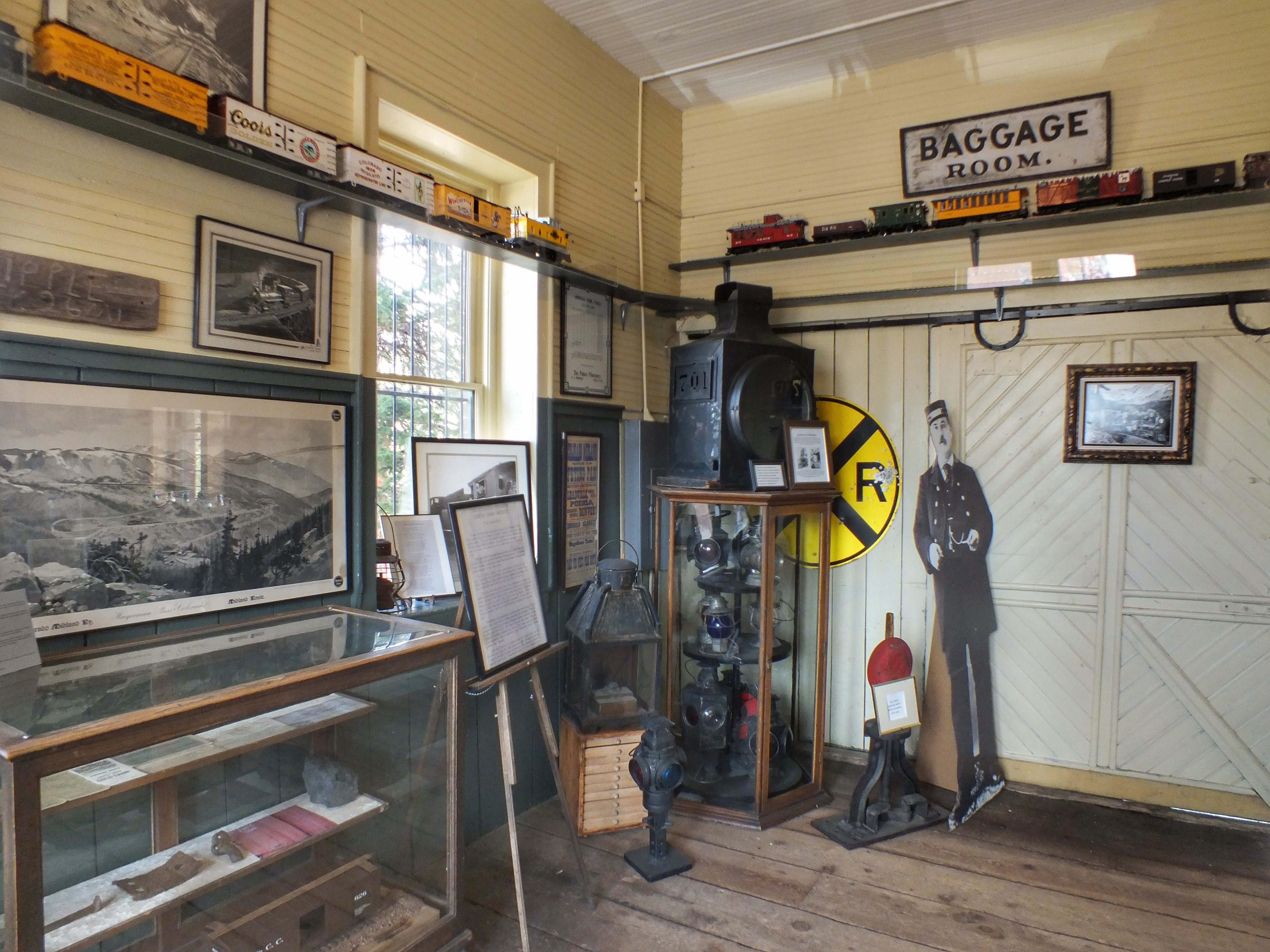 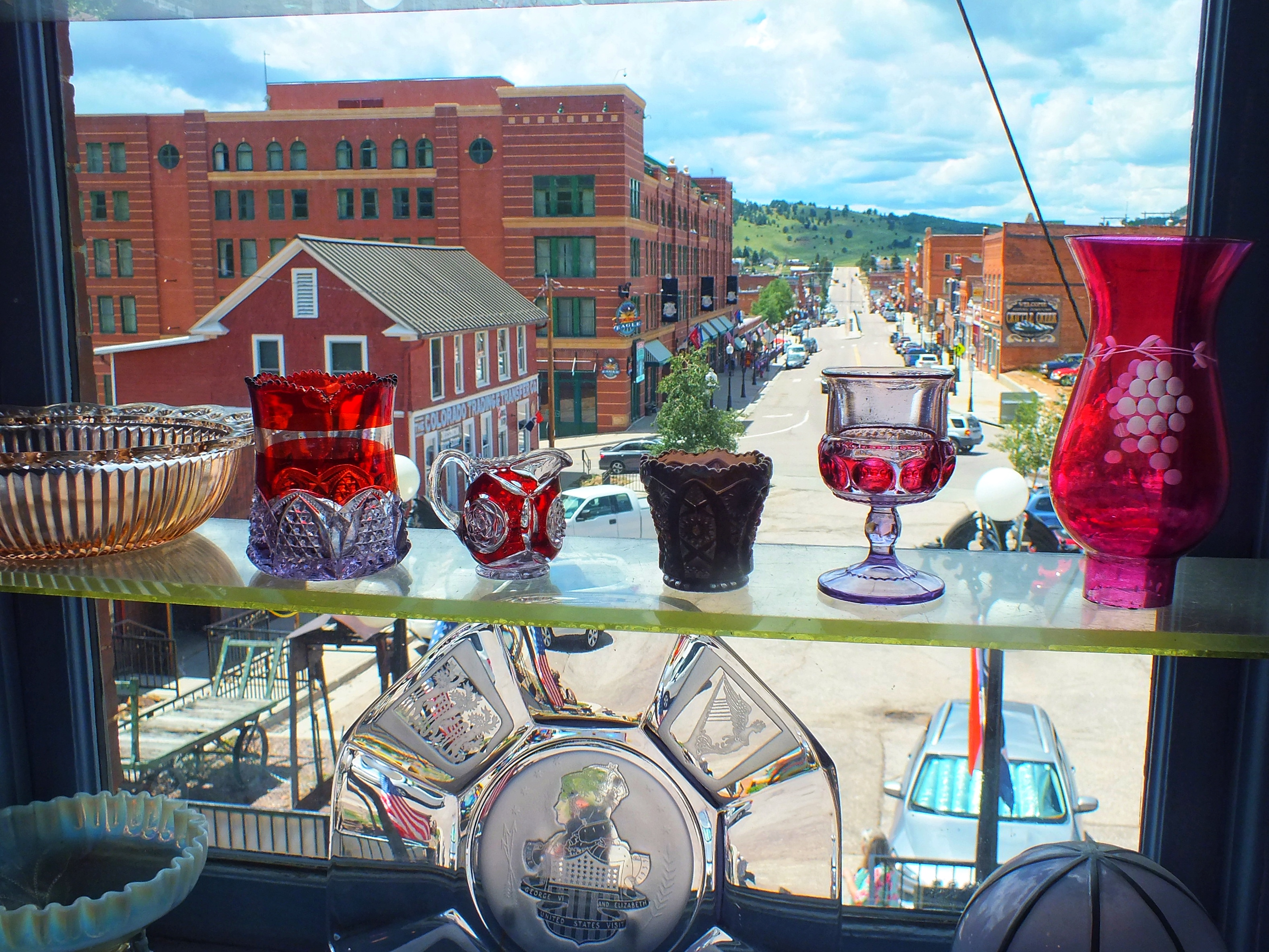 A map of all the surface claims of the gold mines in the area. 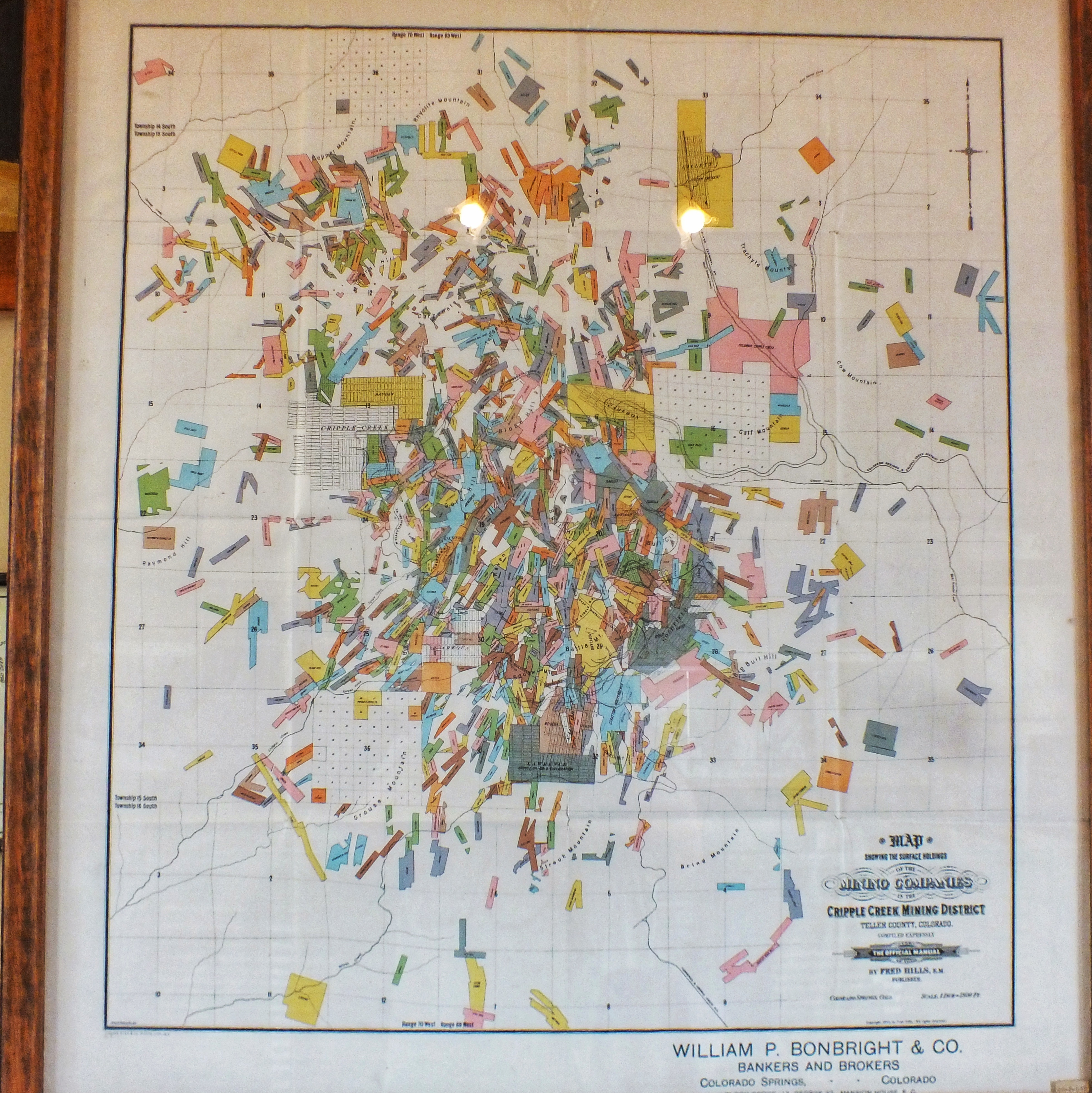 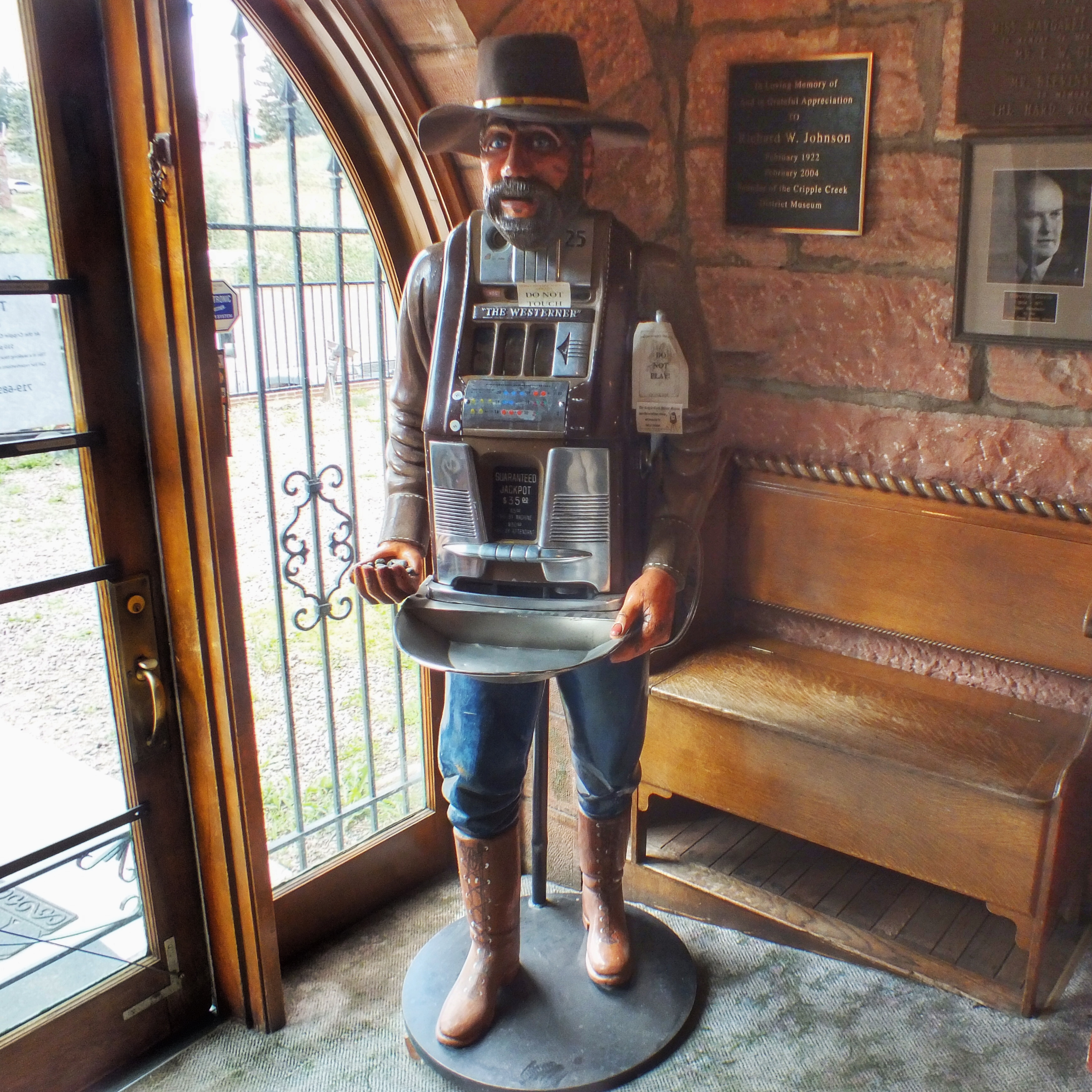 Three or four other buildings were part of the museum, including these two cabins moved here from elsewhere in town. The one on the left (and the inside photo) was owned by a local woman of negotiable affection. The other one was owned by a miner. 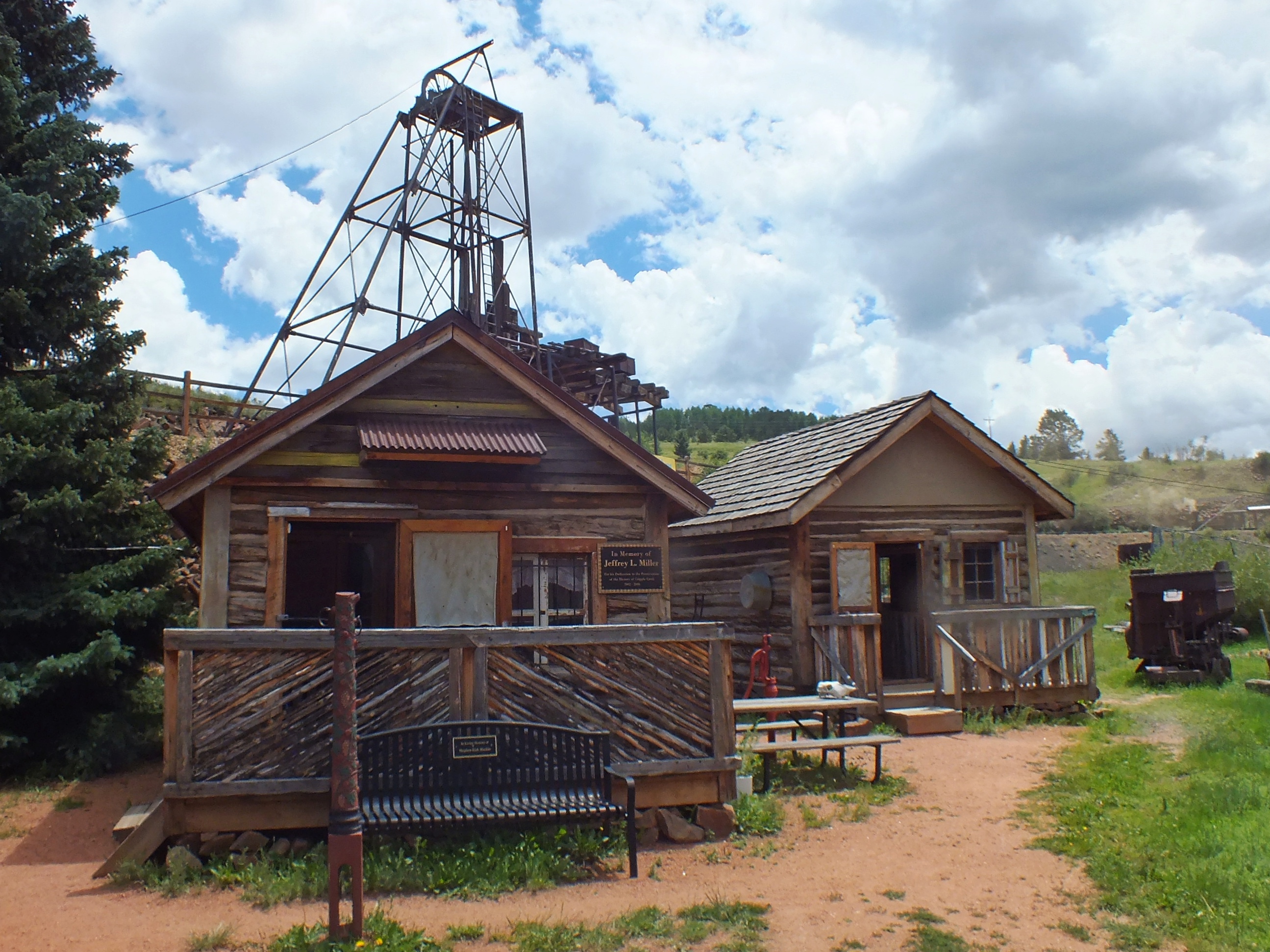 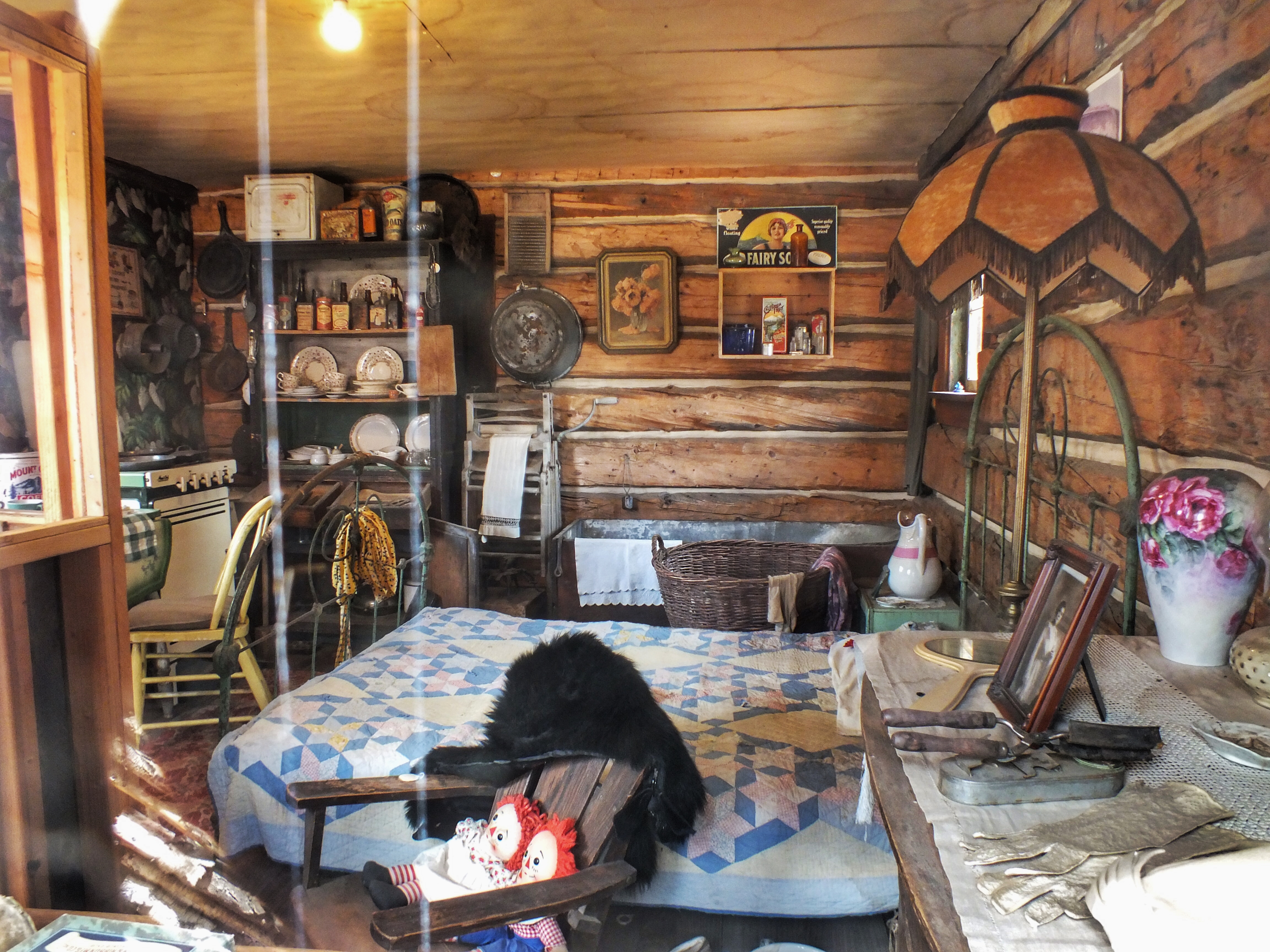 The Colorado Trading & Transfer Company building dates from 1894. It is the only frame commercial structure to survive the two fires that swept through the town in 1896. 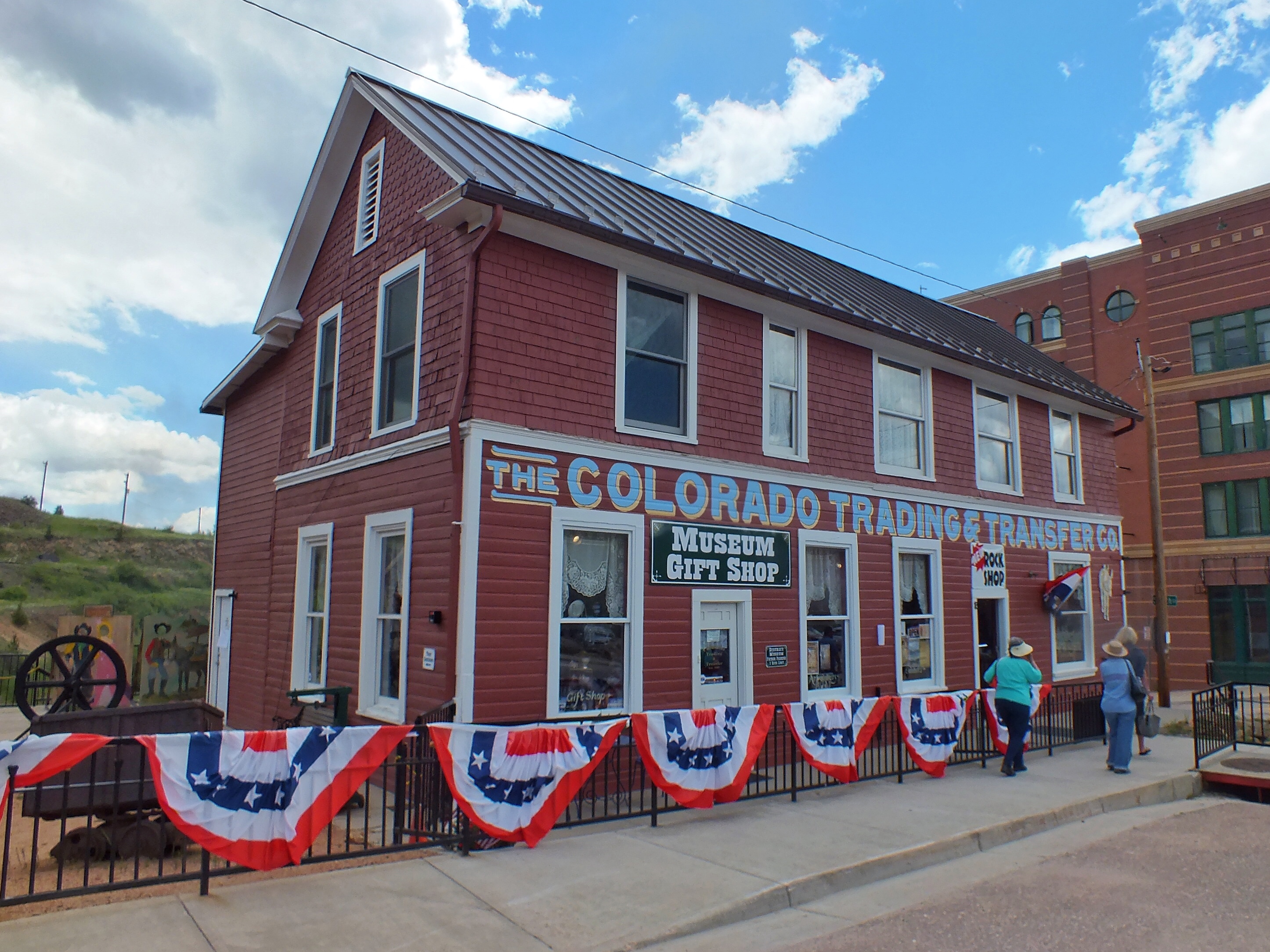 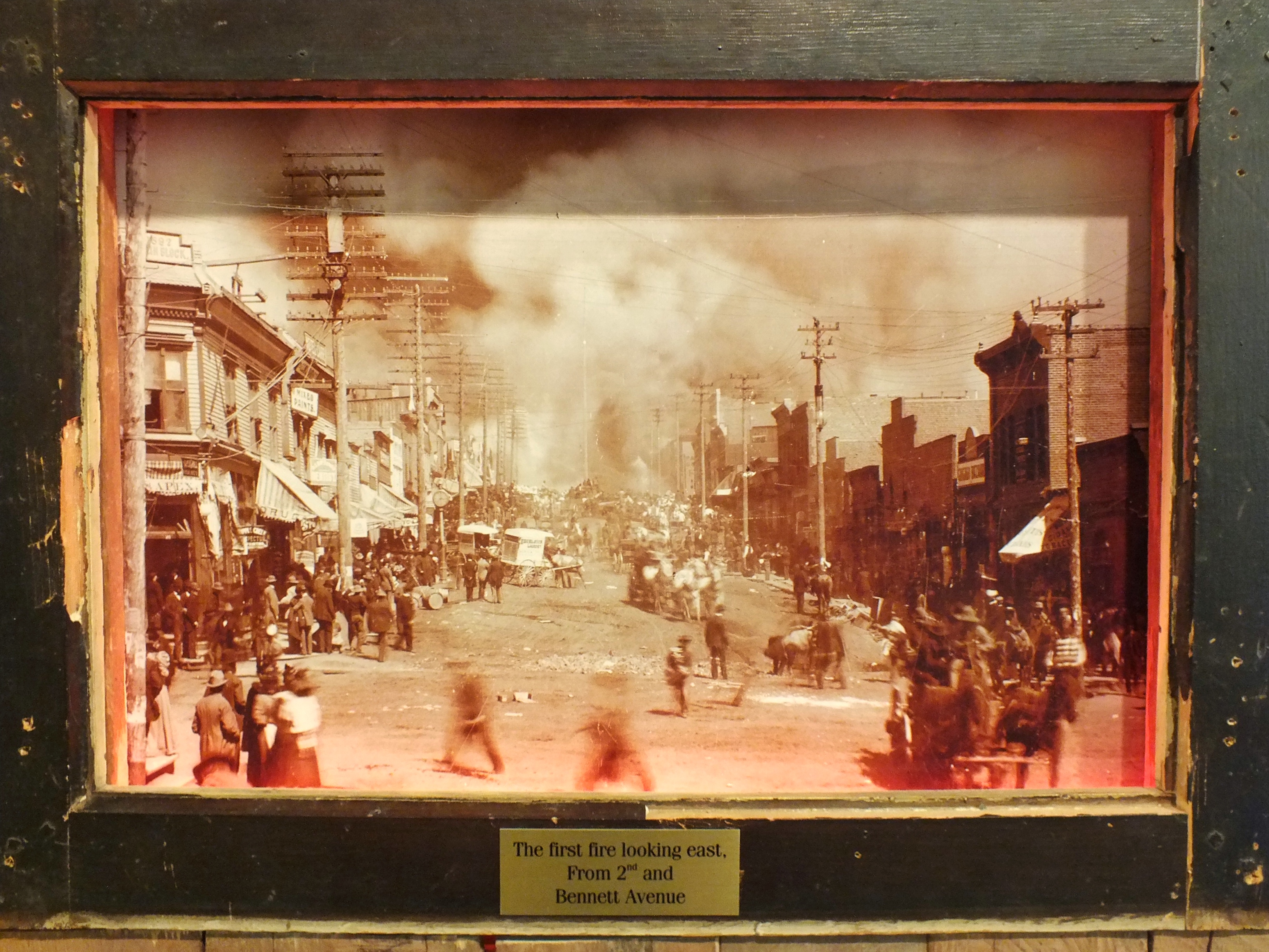 I drove up the street to the Cripple Creek Jail Museum. The building was used as the Teller County Prison for 90 years, into the 1970s. 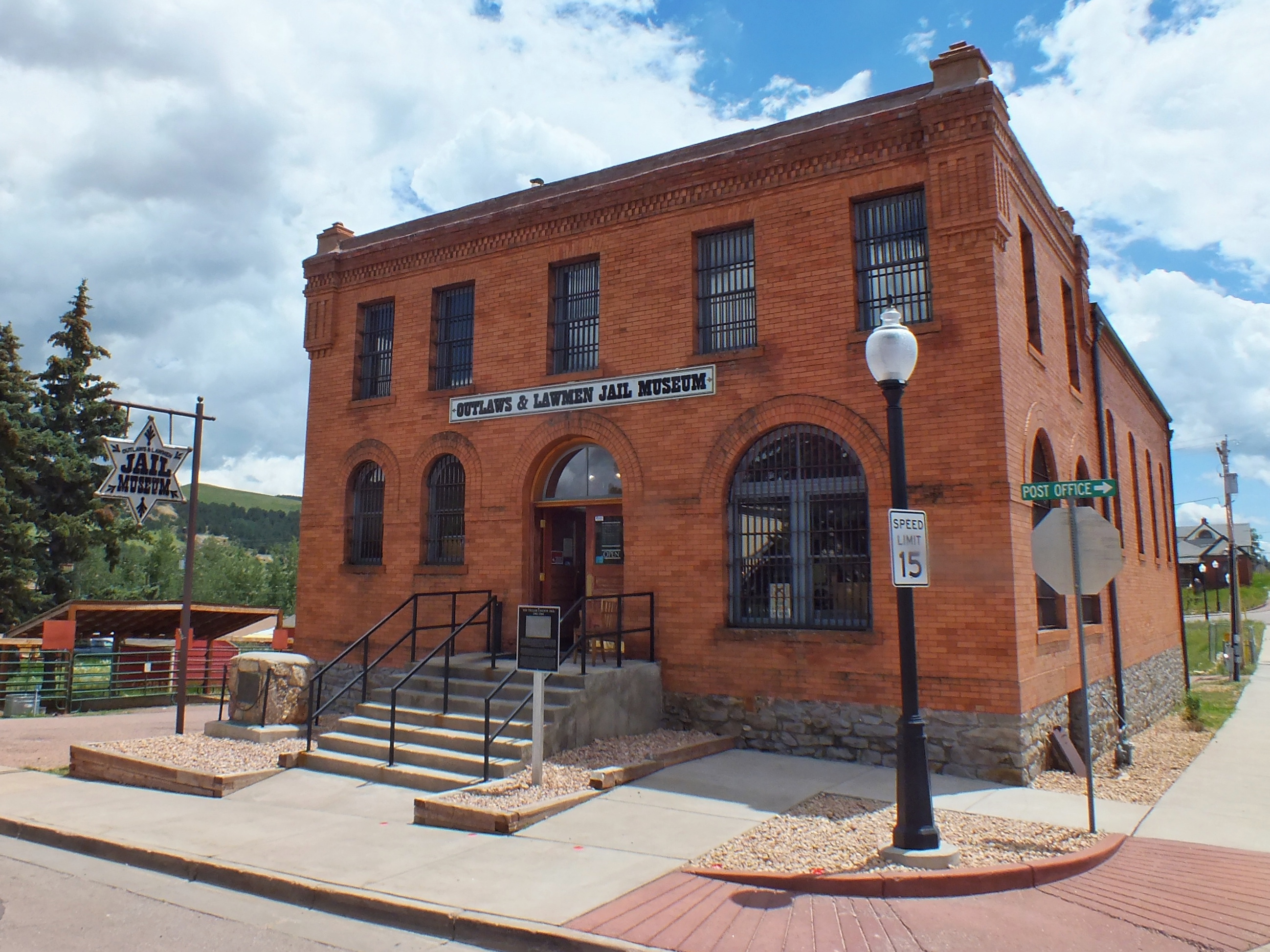 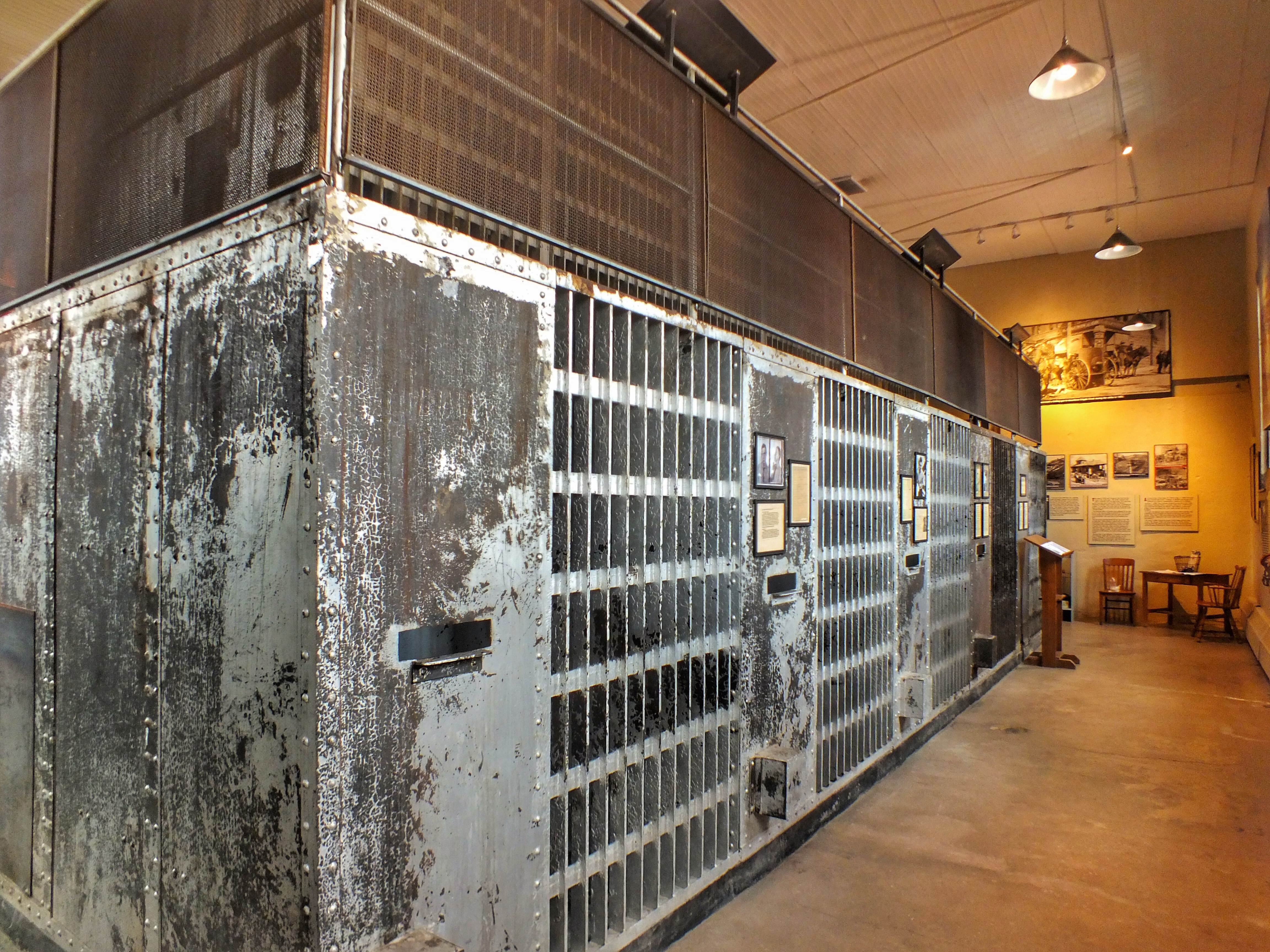 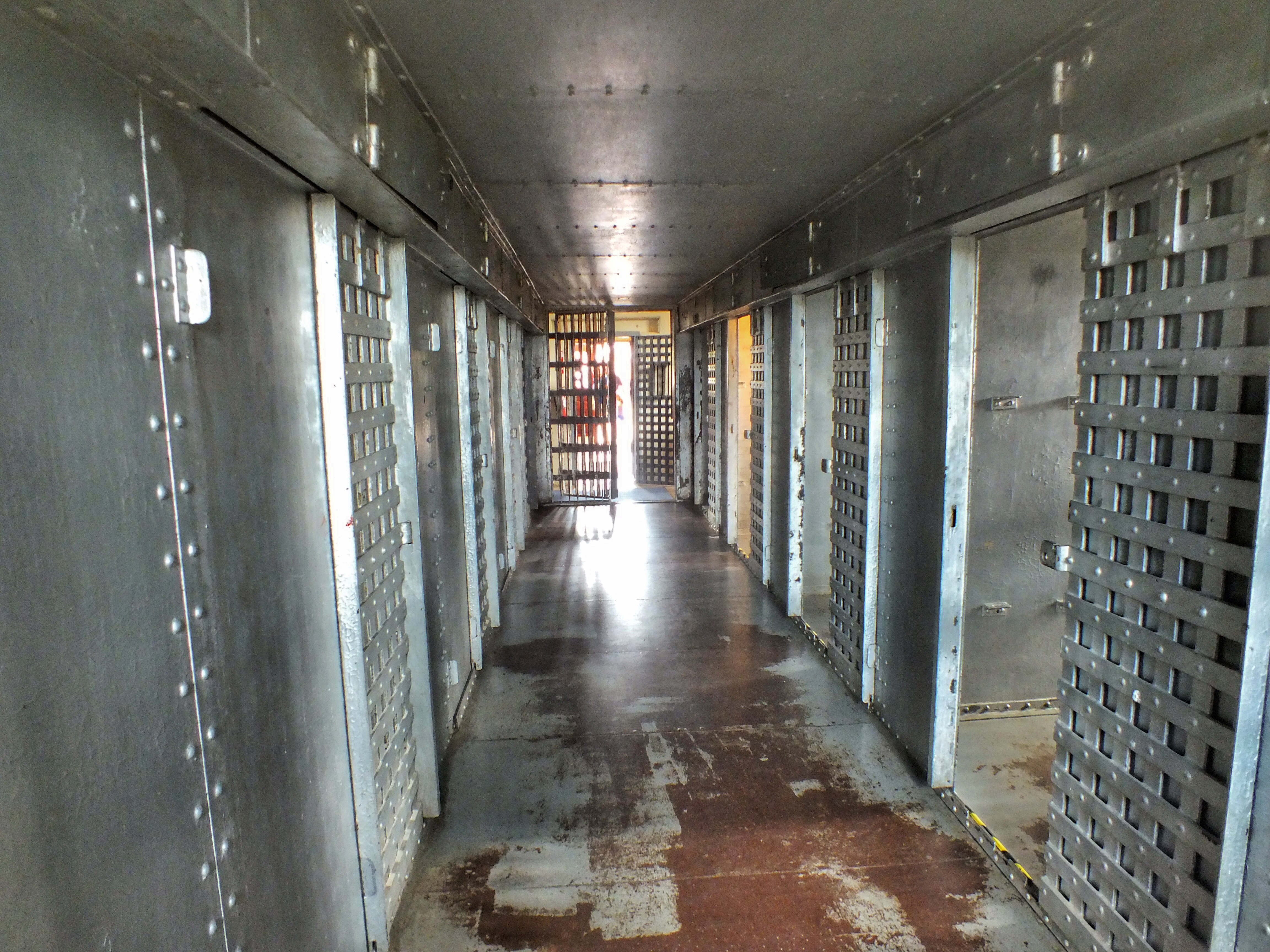 At times they had six prisoners in each cell. 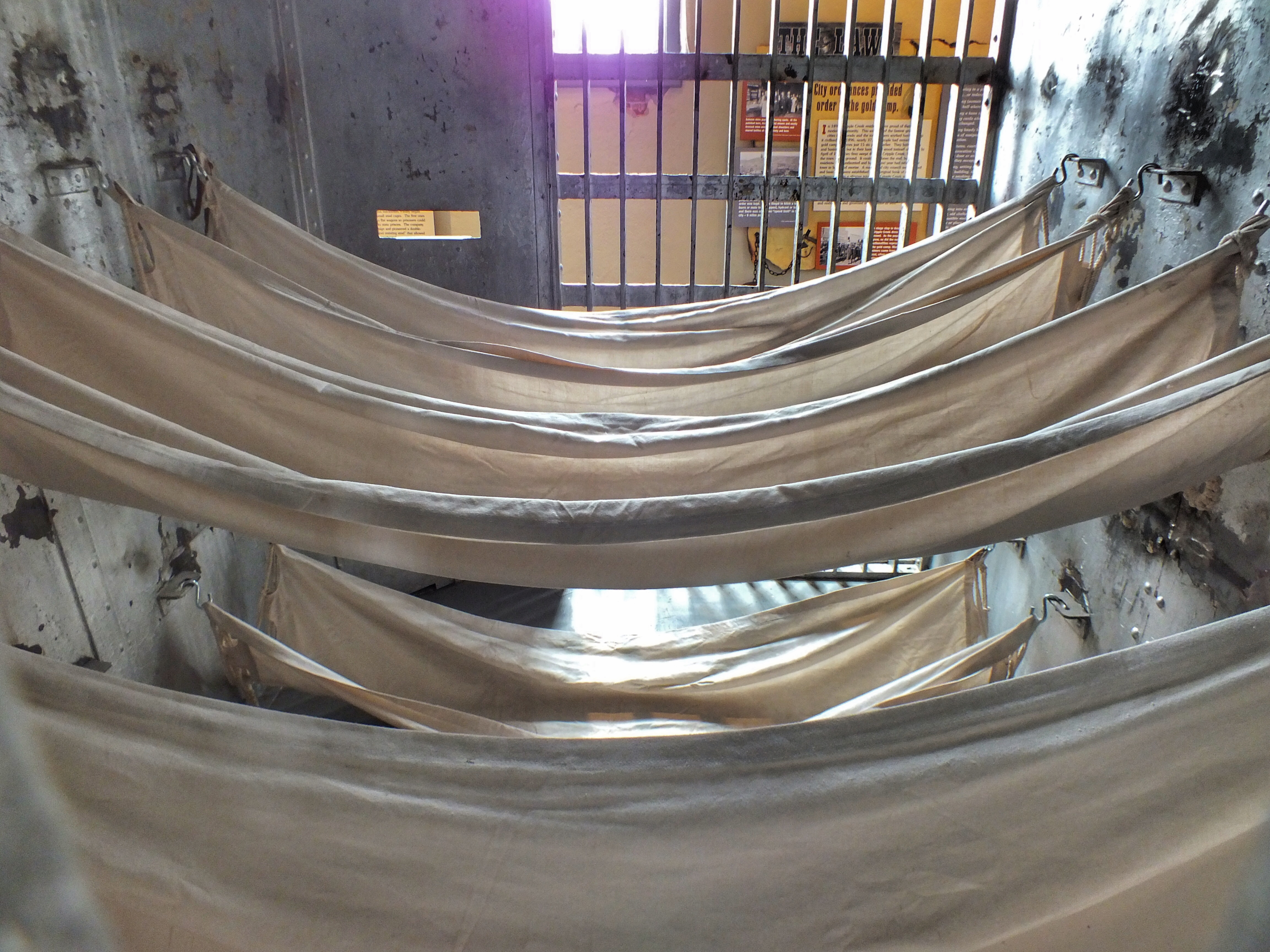 The upper level is supposedly haunted. There was a notebook where I could write down what I experienced. Idiots had written a bunch of stuff about feeling out of breath when they entered. I don’t suppose the elevation of 10,000 feet had anything to do with it. 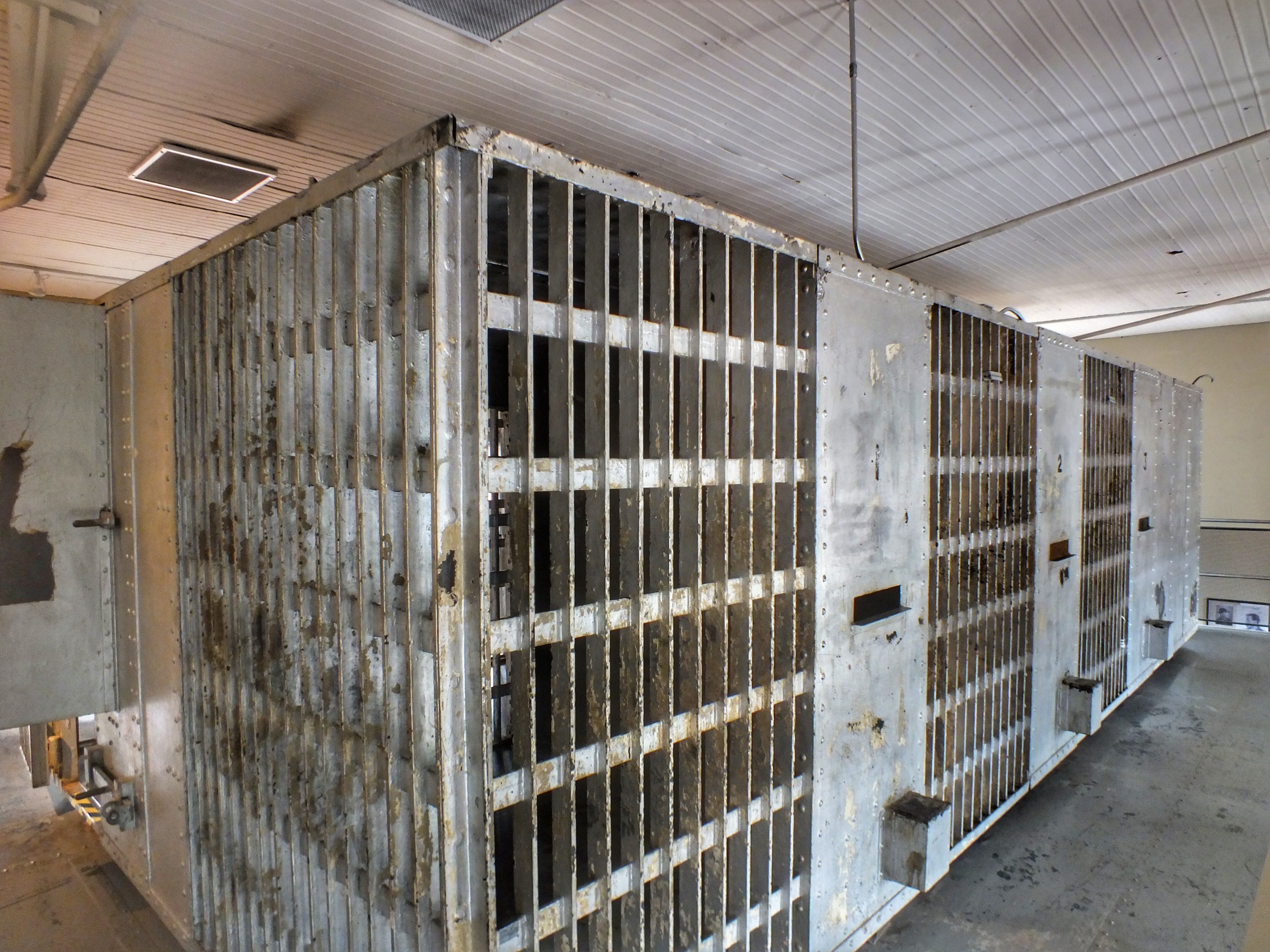 There was a children’s cell upstairs. The lady who took my money told me there were three reasons children could be locked up. 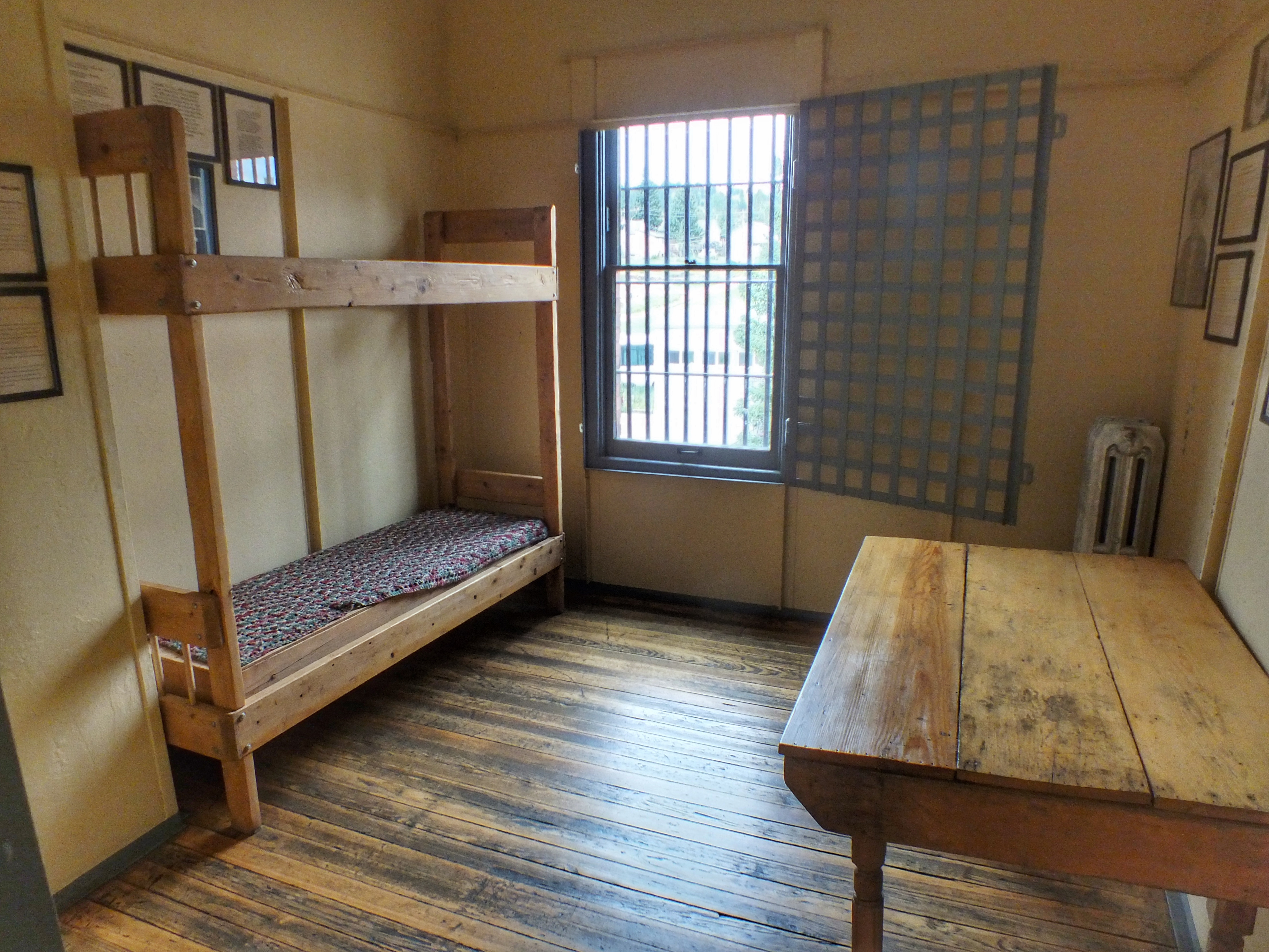 There was some sort of silly history tour going on in the town. I was told there would be a jail break in 15 minutes, so I joined two or three families across the street and waited. While we waited, this was the scene at the jail. 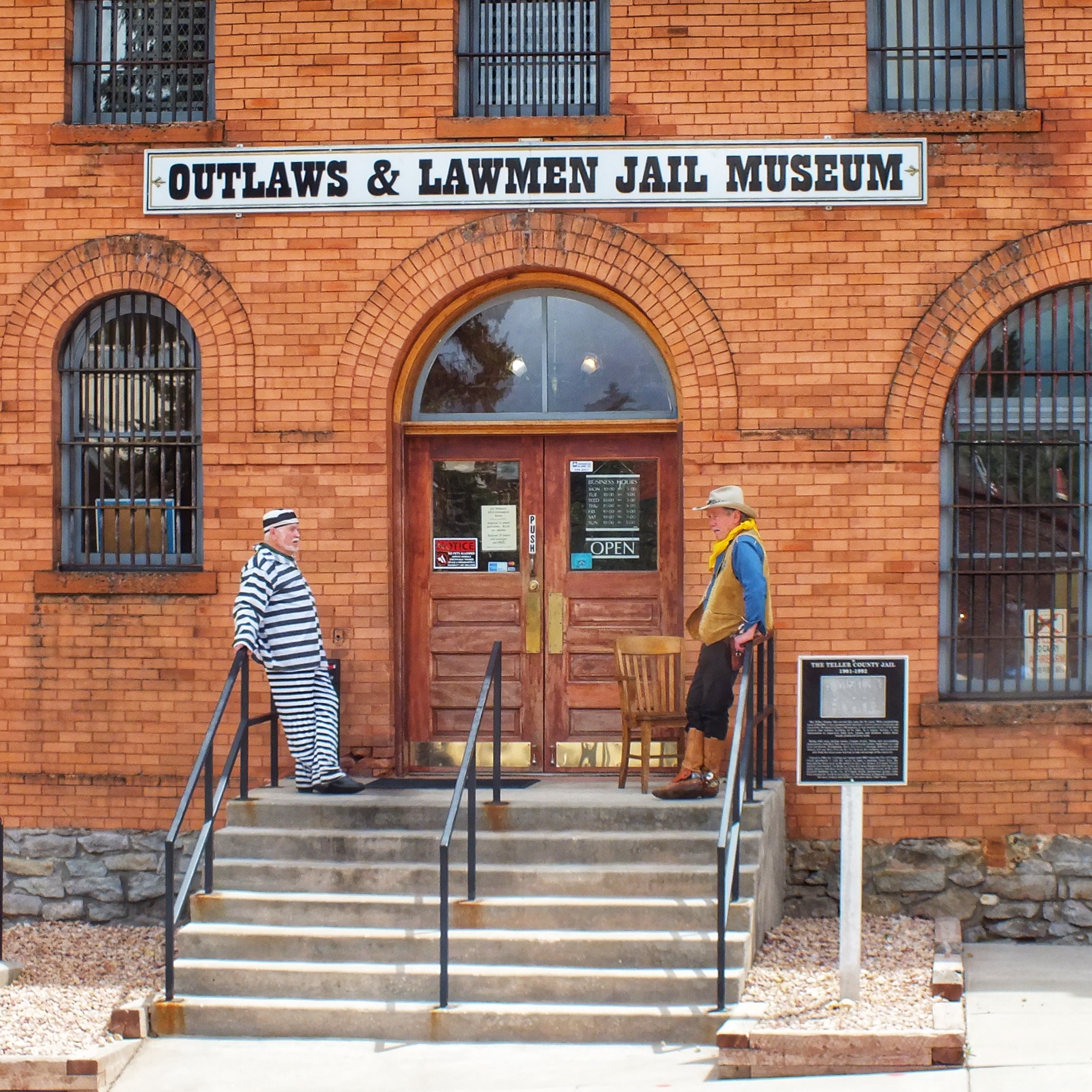 Finally the moment came. When the white tour bus rolled up the street, the convict went inside. The sheriff sat in the chair and pretended to sleep. The convict sneaked outside and down the stairs. The sheriff “woke up” and fired his gun a couple times. The convict ran into the now-parked bus. The sheriff went in after him and took him back across the street to the jail. It was not very exciting.

I made one last stop on my way out of town, at the Cripple Creek Heritage Center. The outside was supposed to look like a mine entrance flanked by buildings representing the look of Cripple Creek before the 1896 fire and afterwards. 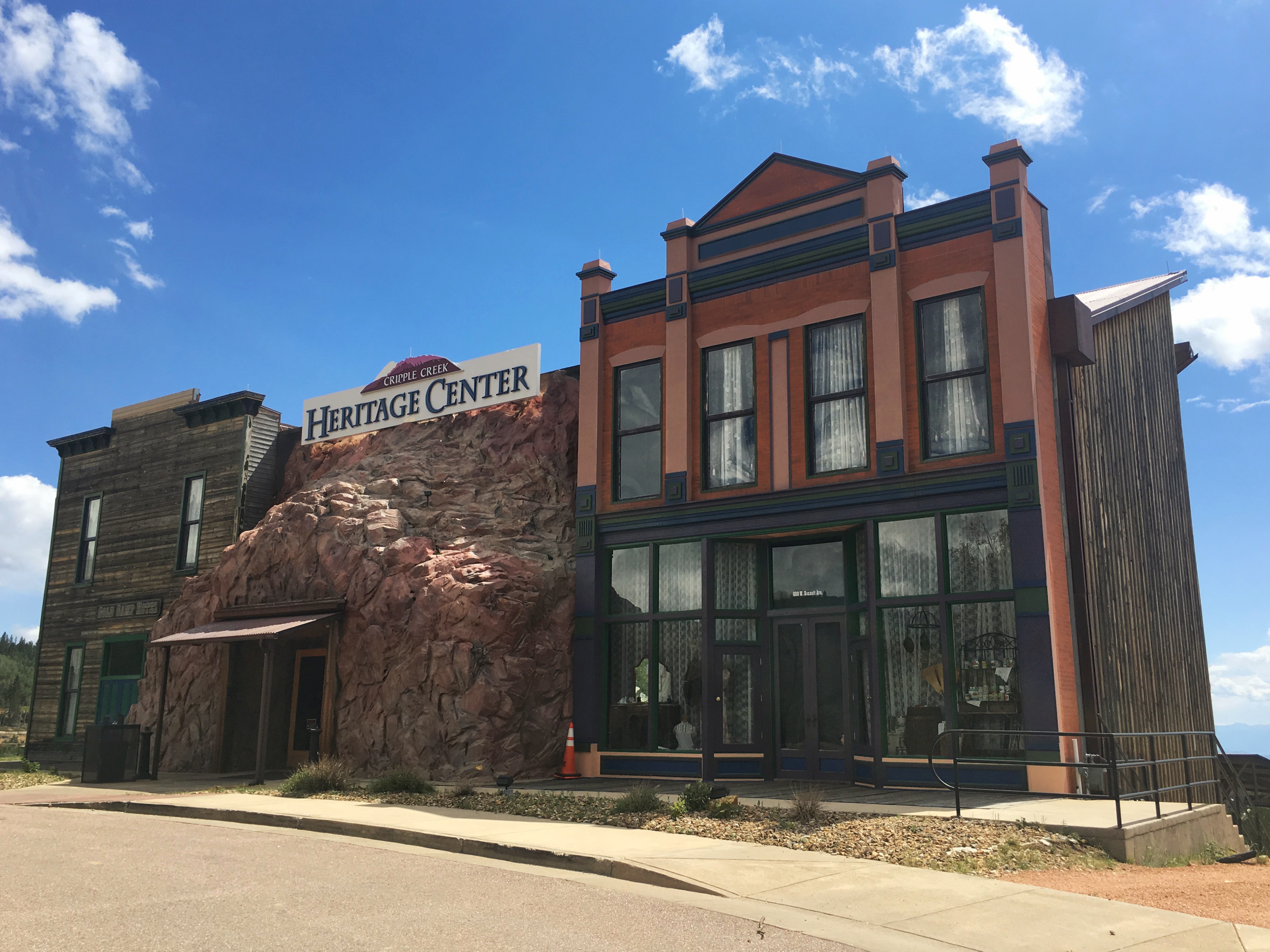 Displays on the history of the town and the mines filled the inside. By this time, I was about museumed out, and the info was starting to sound very familiar. I didn’t stay long. They had a model of the Mollie Kathleen Mine that I’d toured in the morning. 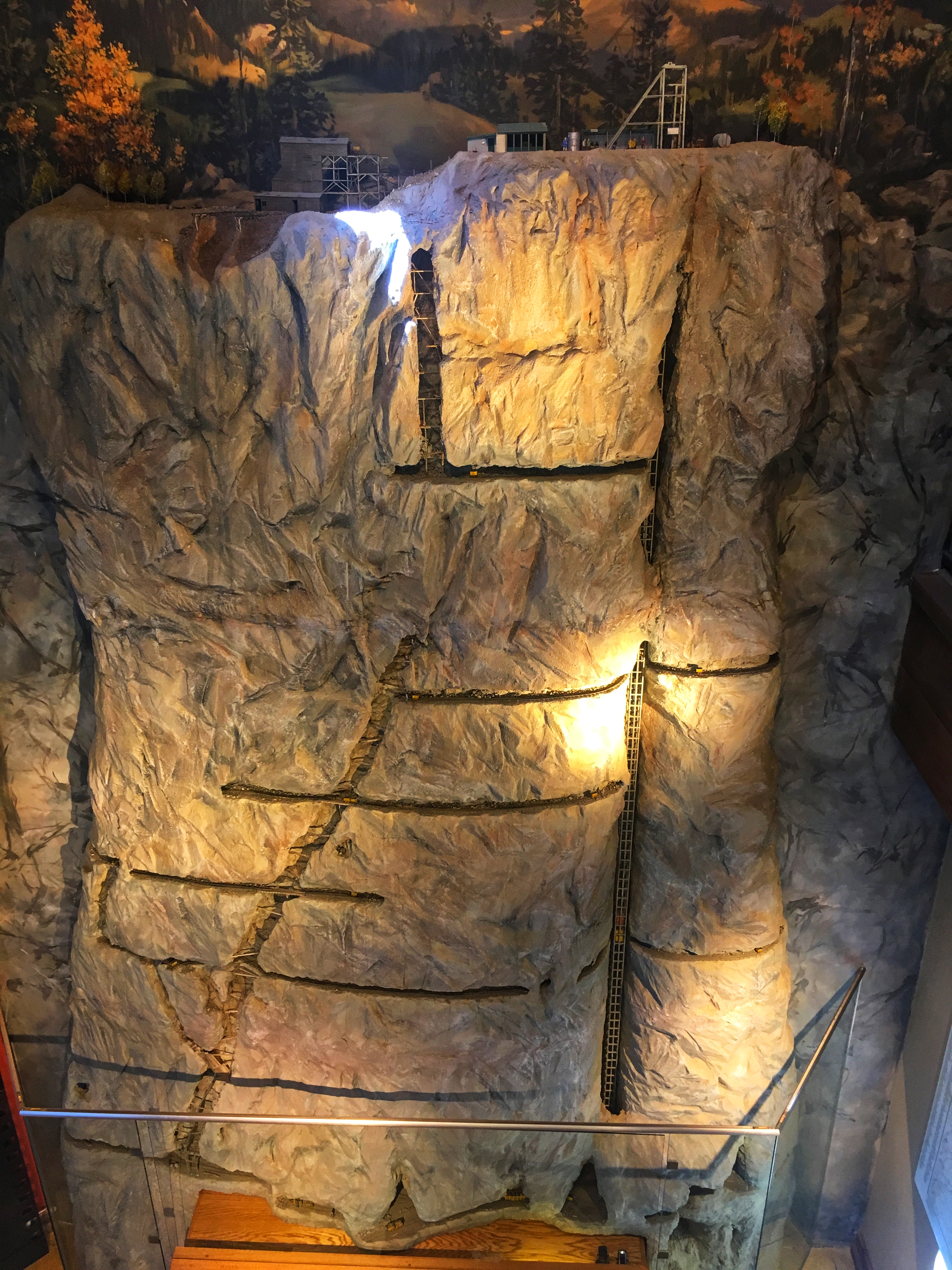 A chart/wall that showed the highest peaks on all the continents and Pikes Peak. 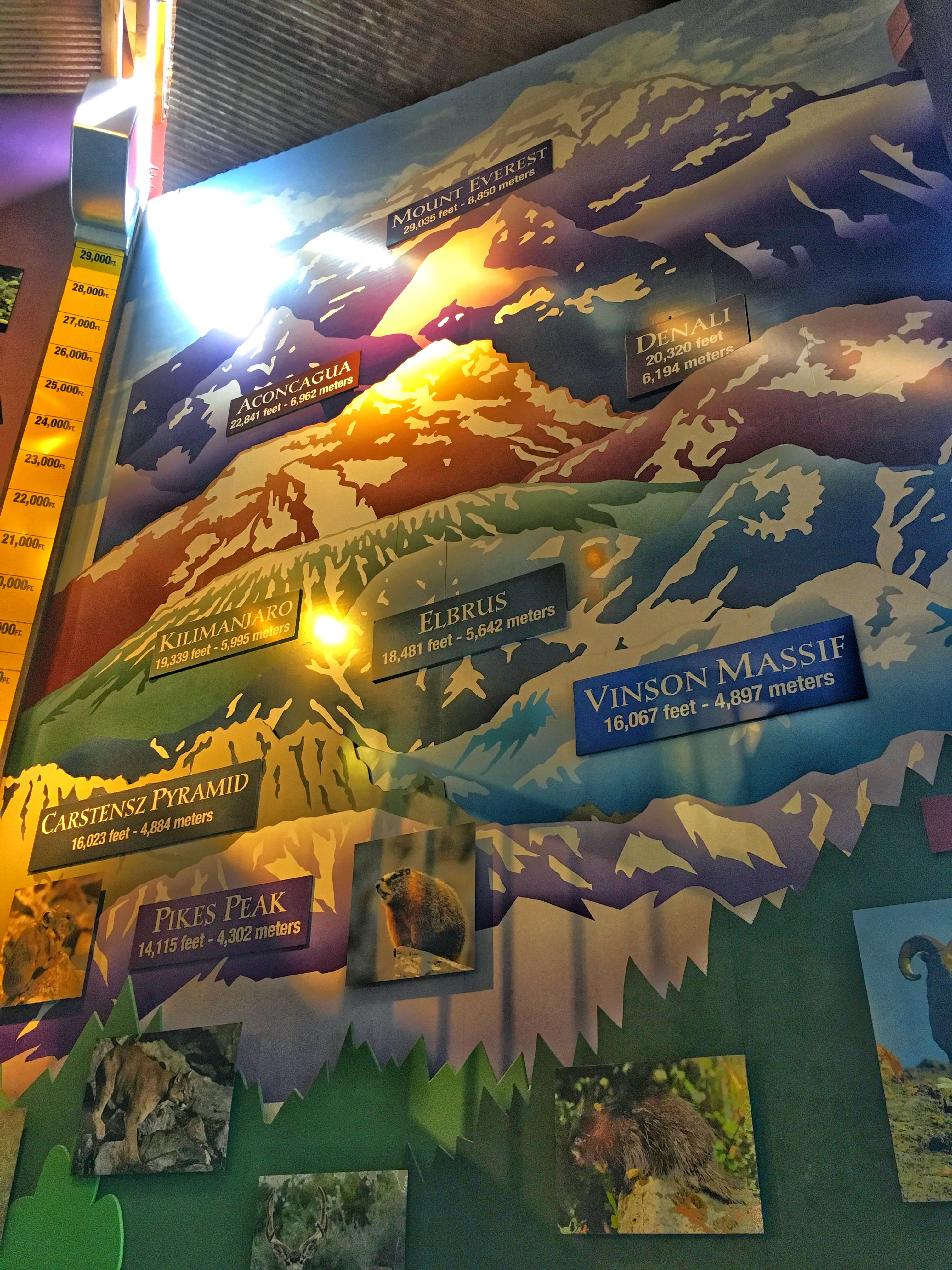 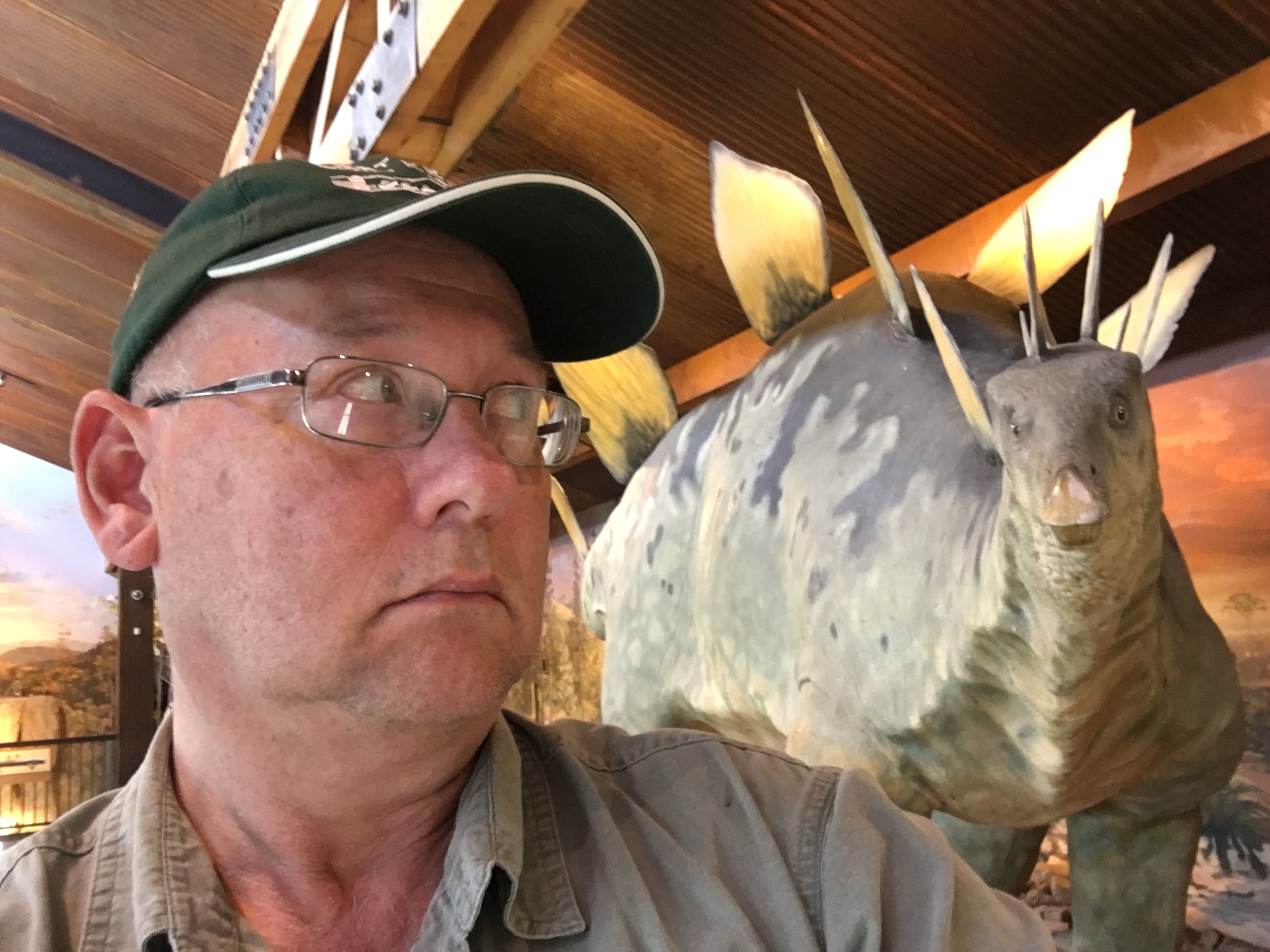 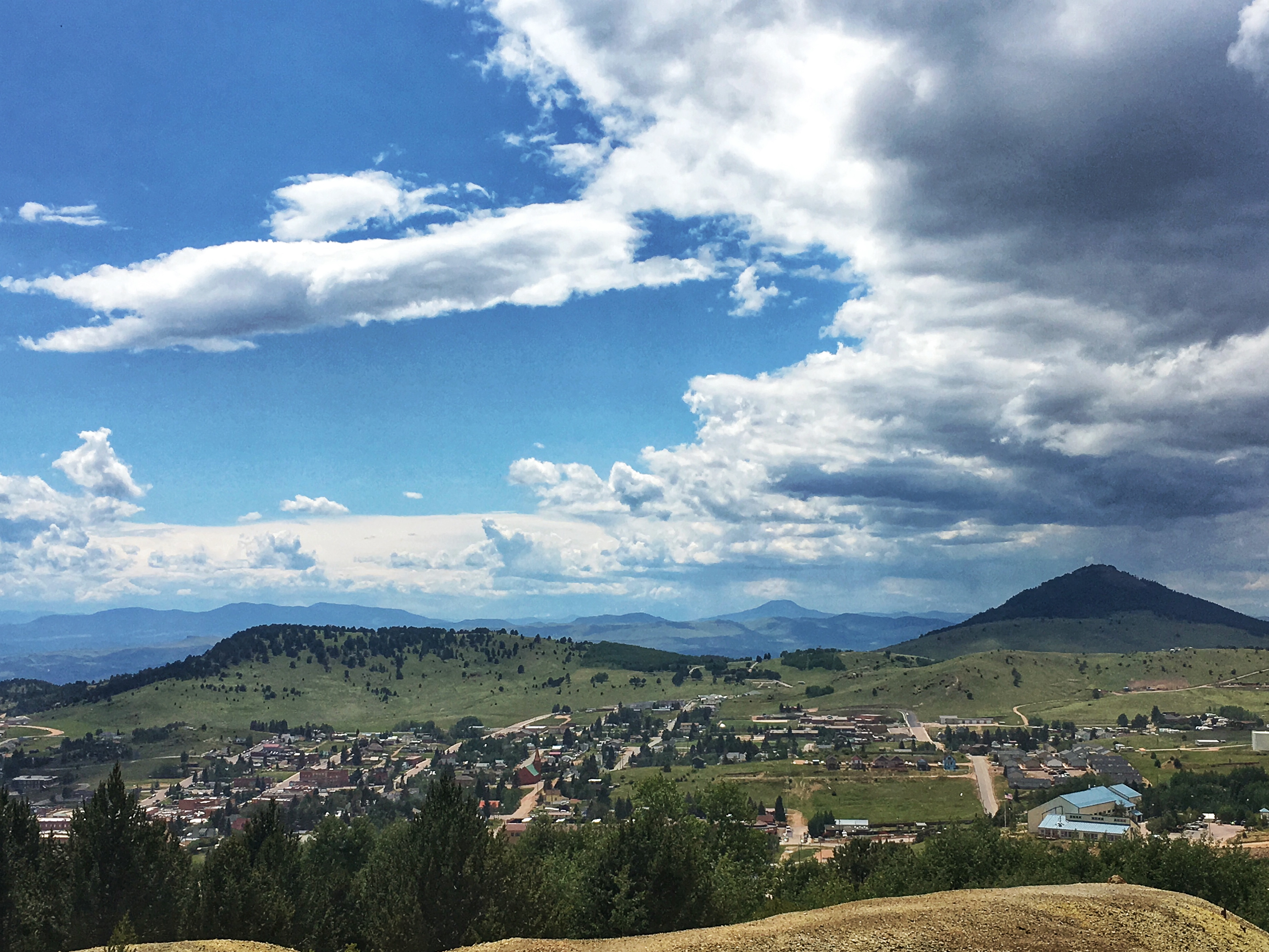 I stood at the edge of the lot for a couple minutes and watched an impressive thunderstorm rumble my way. 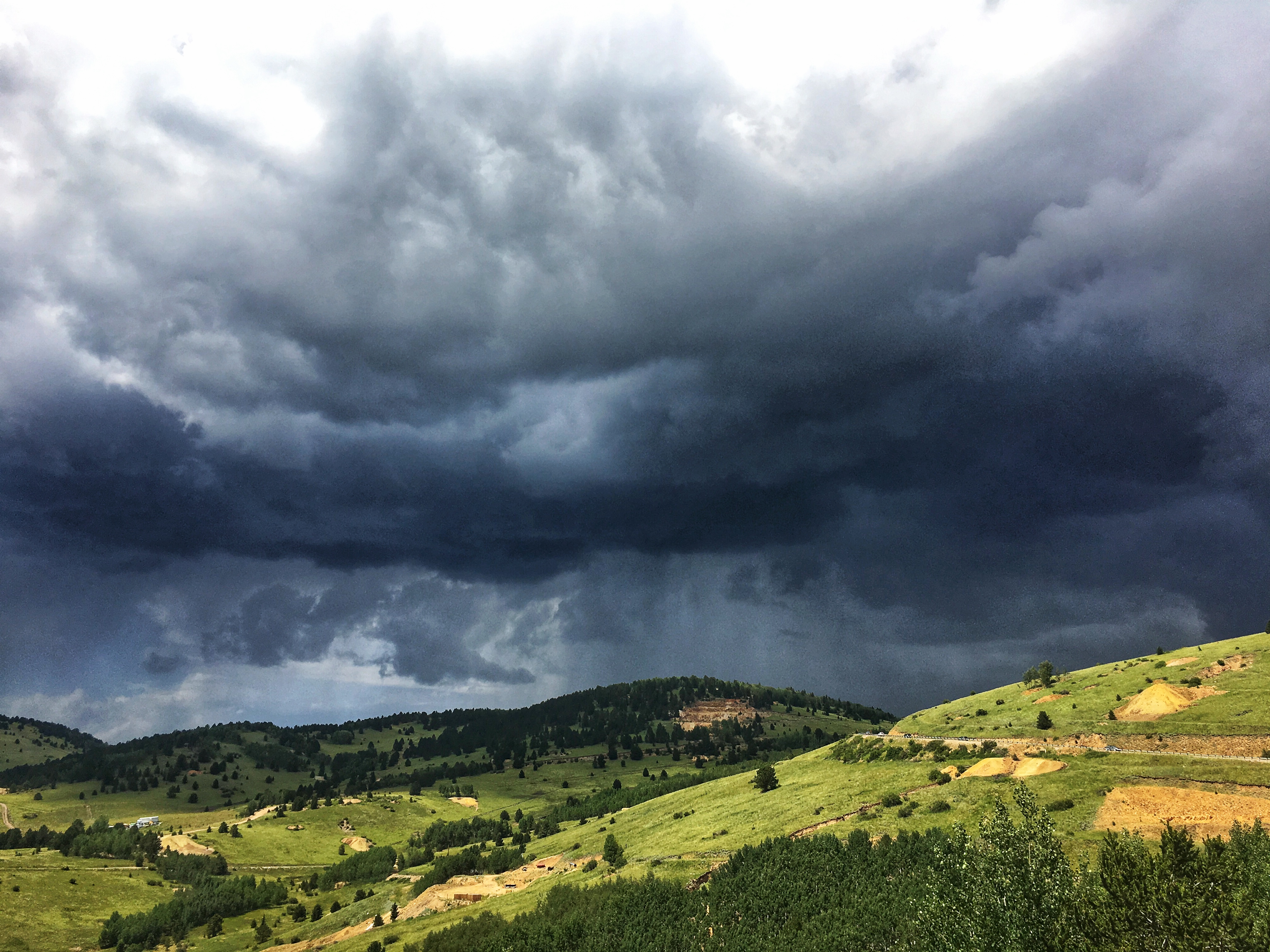 Cripple Creek has been consumed by casinos. All of the restaurants and most of the buildings are casino-owned. Many of the storefronts sit empty, and the town doesn’t have the feeling of health. There were a lot of tourists, and buses came and went with gamblers from Colorado Springs and Denver, I assume, but it felt dead somehow. Still, it provided enough amusement for a hot mid-summer Saturday.