Saturday morning in Colorado Springs was gray, overcast, and damp. I headed for a trail I hadn’t hiked before. It was about 30 miles north of my house, not far from Castle Rock. As soon as I drove over the Palmer Divide, the sky cleared. As I hiked, the temperature was around 60°, and a stiff breeze kept the sun from being overwhelmingly hot. The trail at Dawson Butte makes a five-mile loop below the butte, through pines and scrub oak and a few meadows. The total altitude gain is about 150′, so it isn’t very strenuous. There are long views of the front range, and of course close-ups of the butte itself. 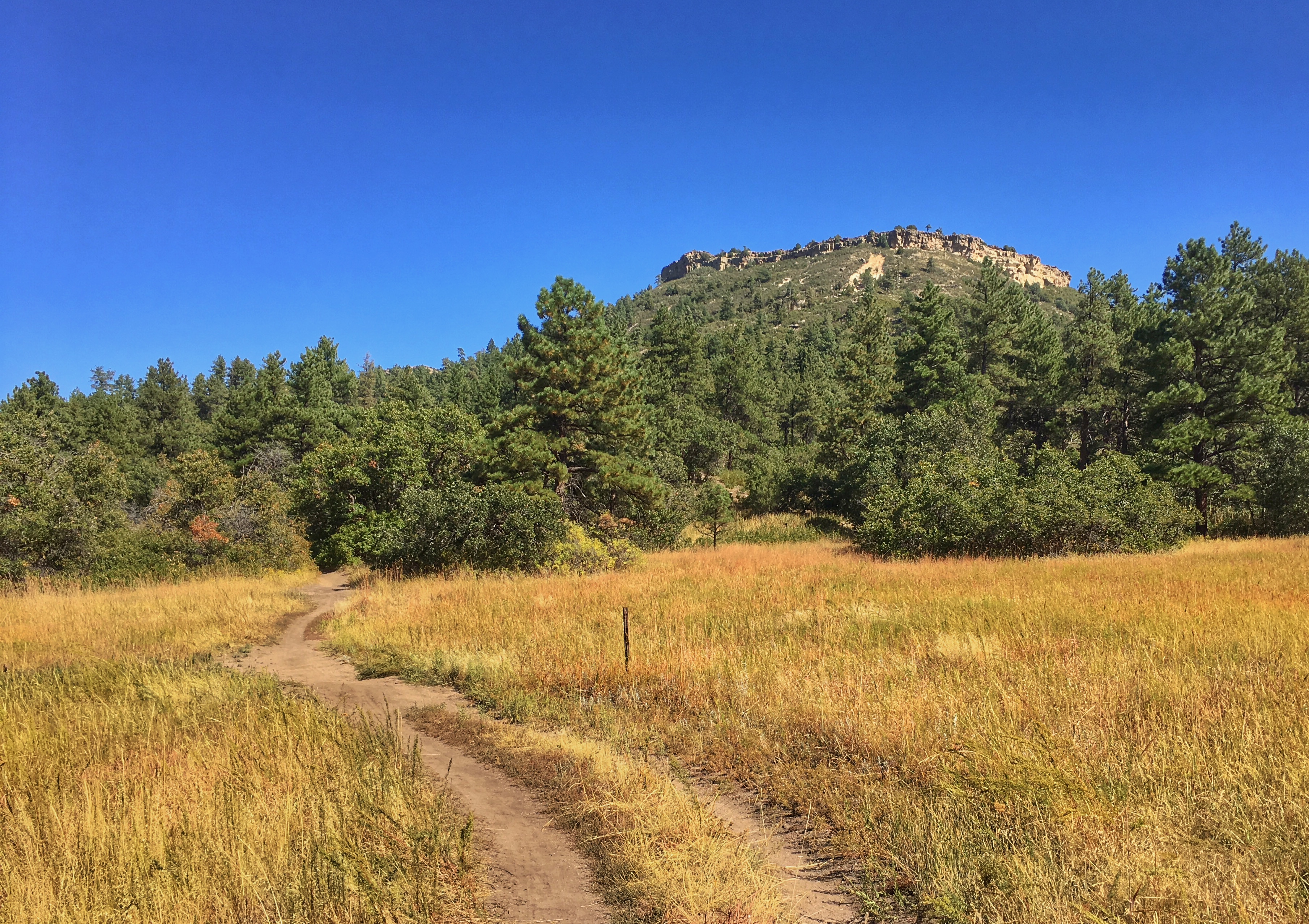 There were a decent number of birds around, but nothing unusual. All three species of Colorado nuthatch were there in flocks. There were also other hikers, some bikers, and some horseback riders, but never in numbers that made me feel crowded. 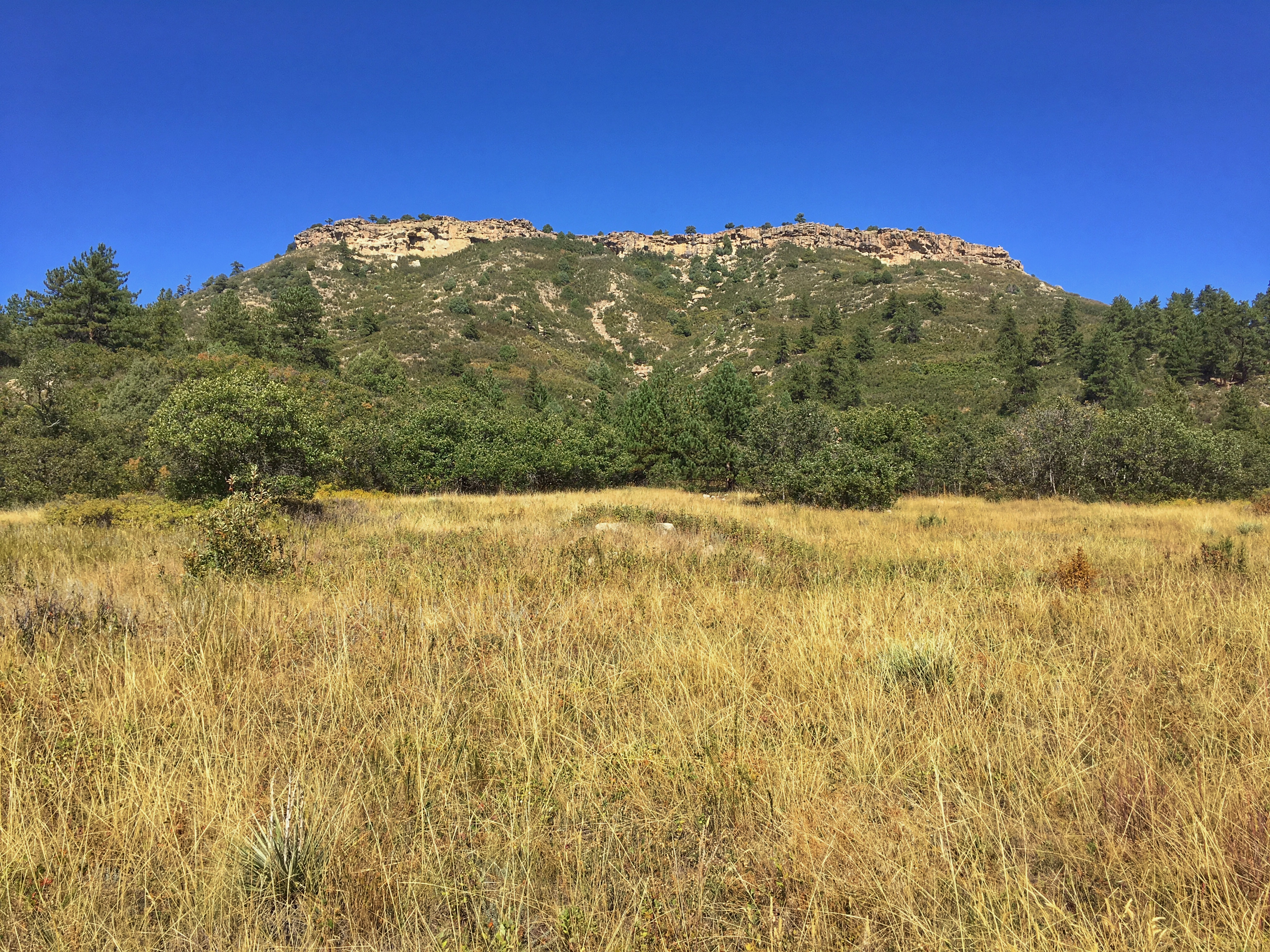 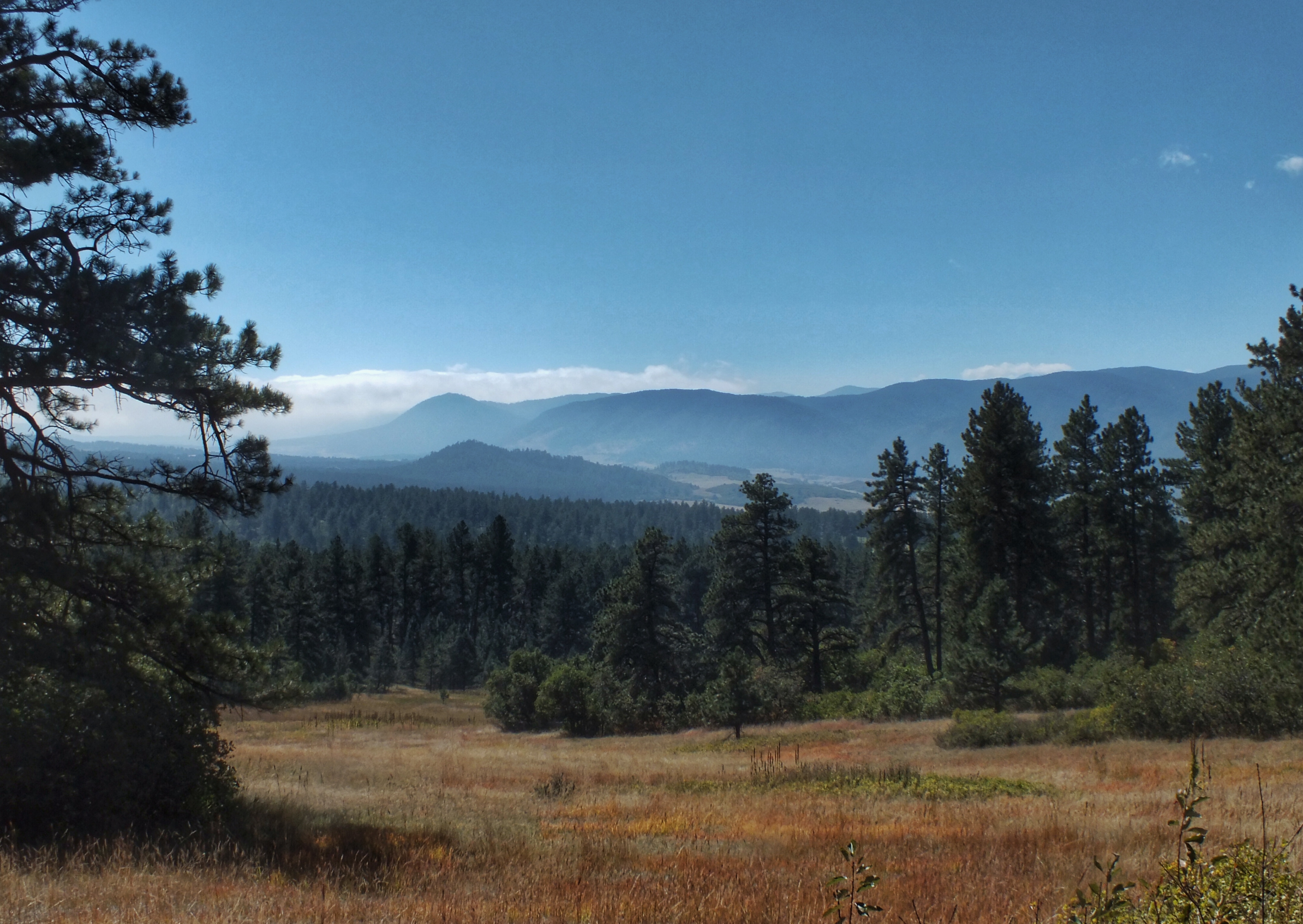 It was a pleasant hike in a pleasant place, but it’s a bit too from home for me to make it a regular exercise spot. See the clouds in the photo above? They mark the Palmer Divide. On my way home, as I crossed back over, the day once again became gray, overcast, and damp. It wasn’t until later in the afternoon that the sun broke through near home.