When I saw that Wednesday was forecasted to be clear with a high of 71°, I decided to take the day off and explore. I spent the morning in Elevenmile Canyon and then after lunch I went to Eleven Mile State Park. Here’s what I saw.

Juvenile Bald Eagle that hasn’t yet left the nest. I’ve never seen one this gray before. I even wondered if it was a Golden Eagle, but the size of the bill and the lack of white on the tail (which is clear from a photo I haven’t posted) convinced me it’s a Bald Eagle. 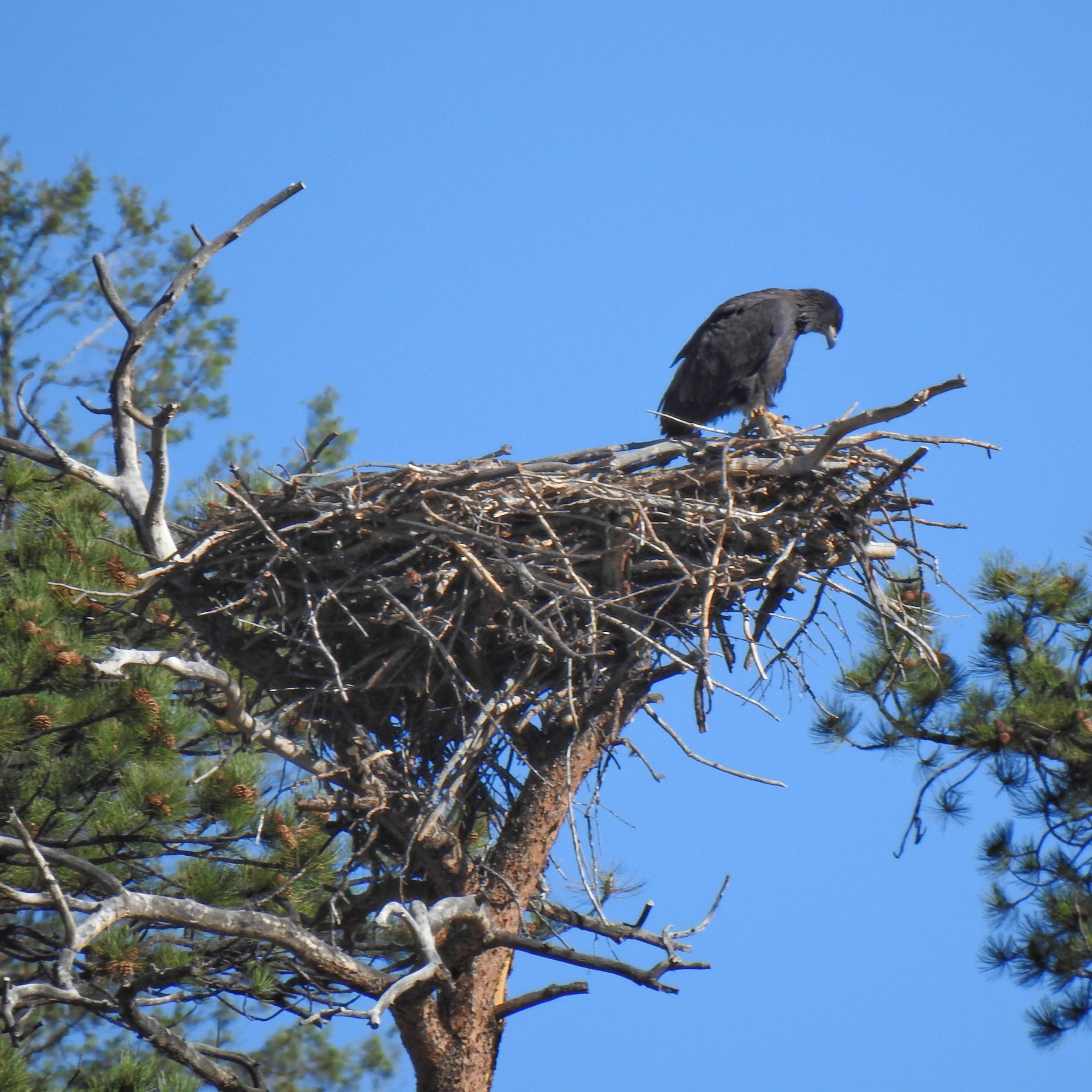 American Dipper. I first saw it standing on a partly-submerged log near shore, but it soon flew out into the river and walked through and under the water for several minutes. 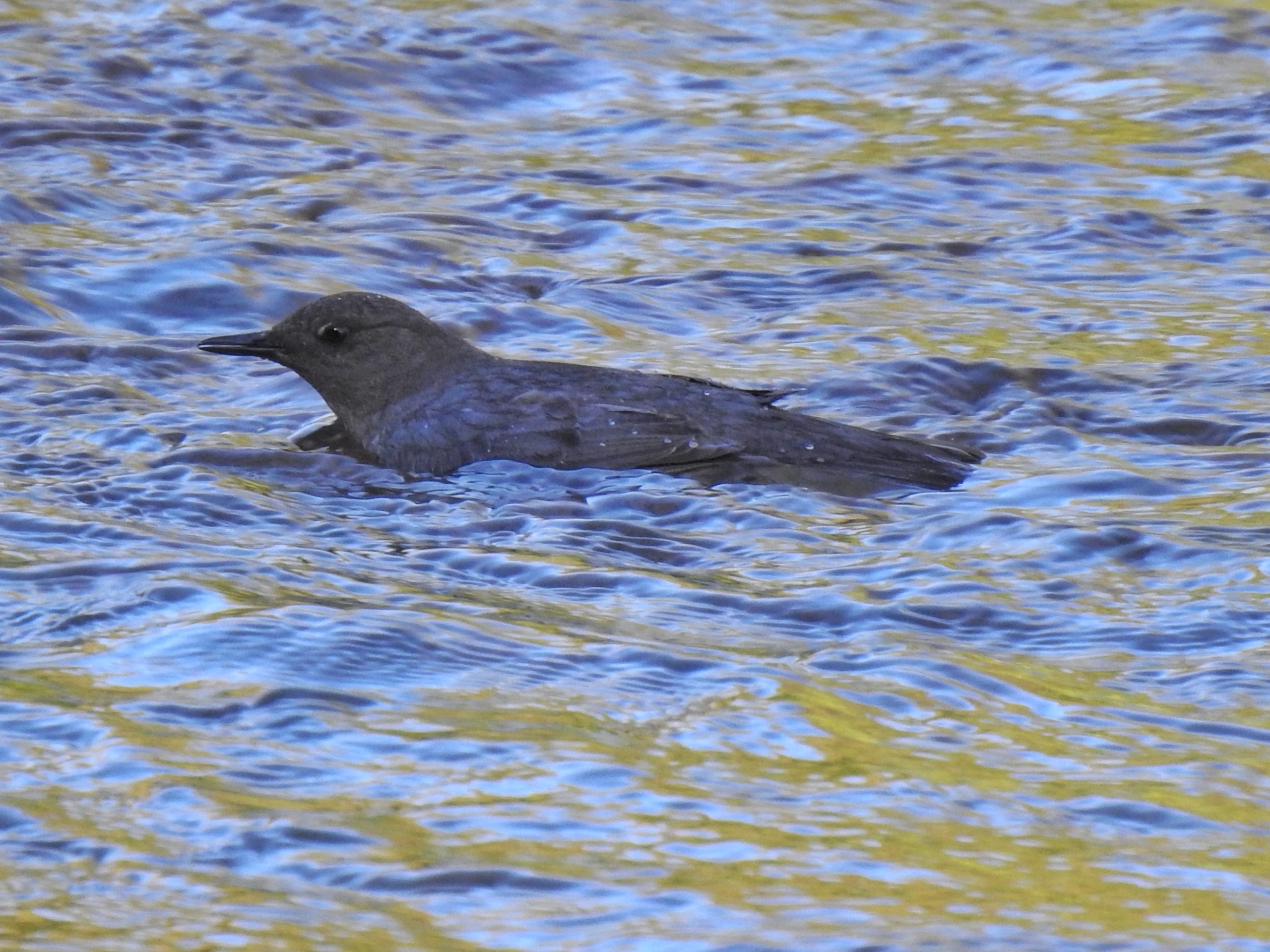 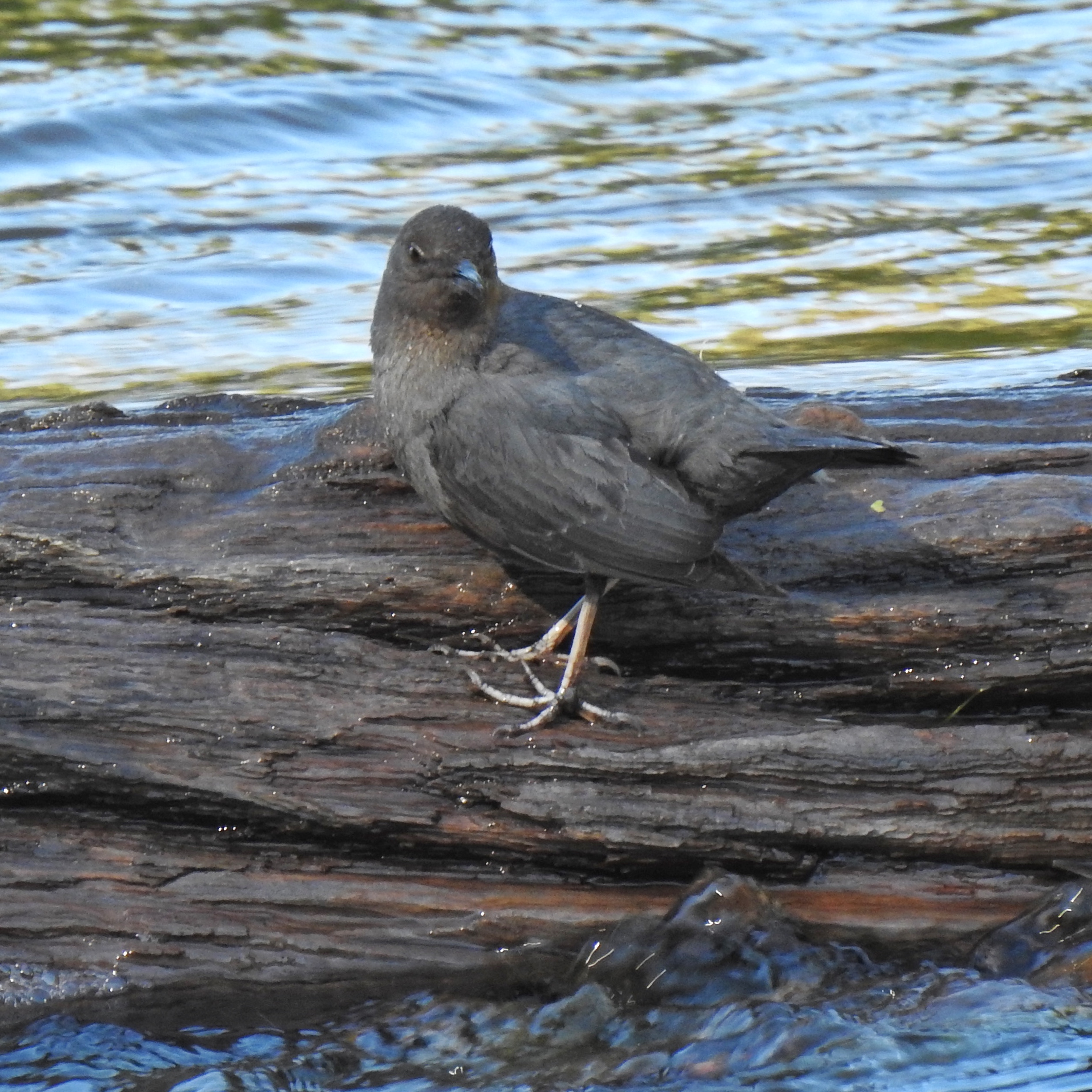 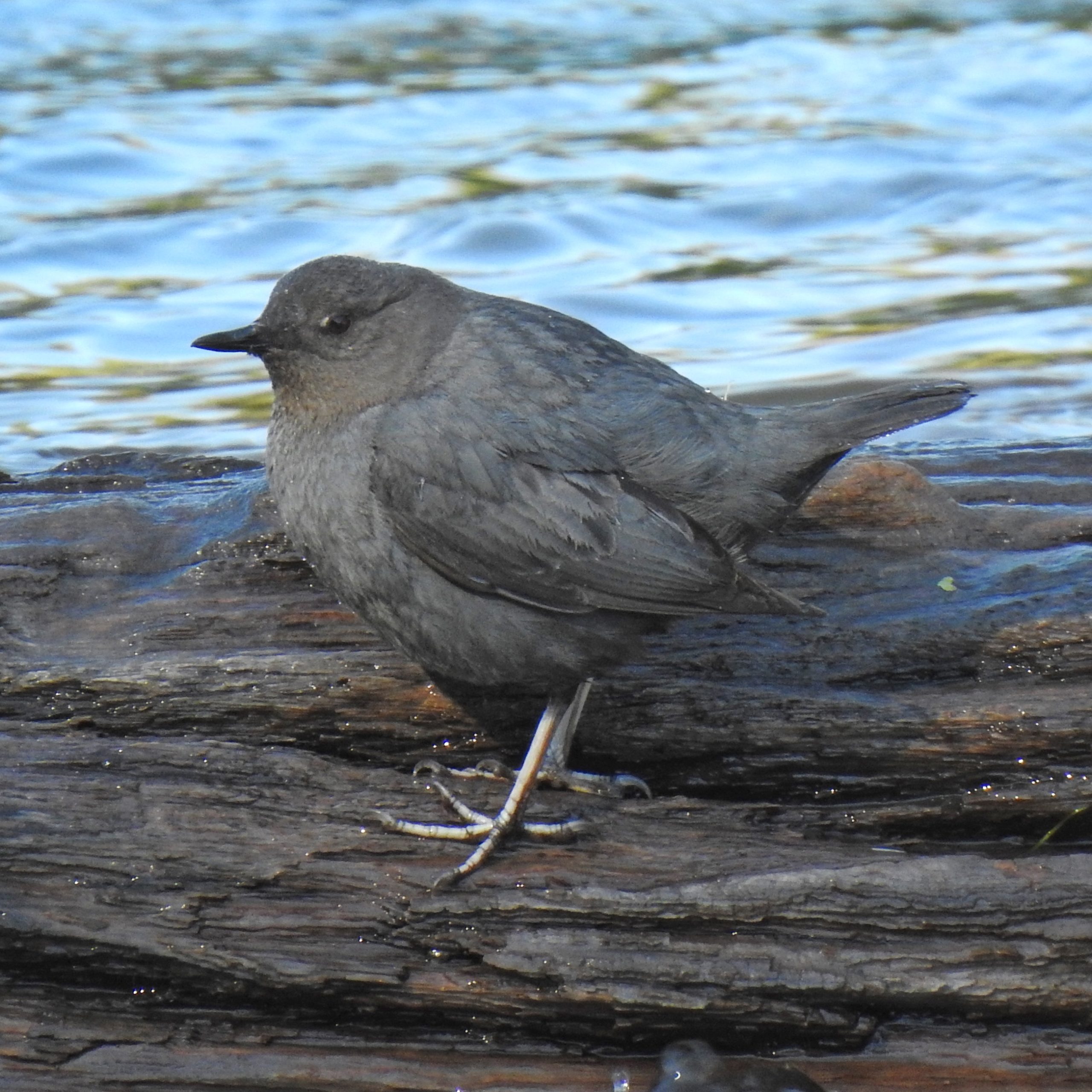 I think this is a Least Chipmunk. 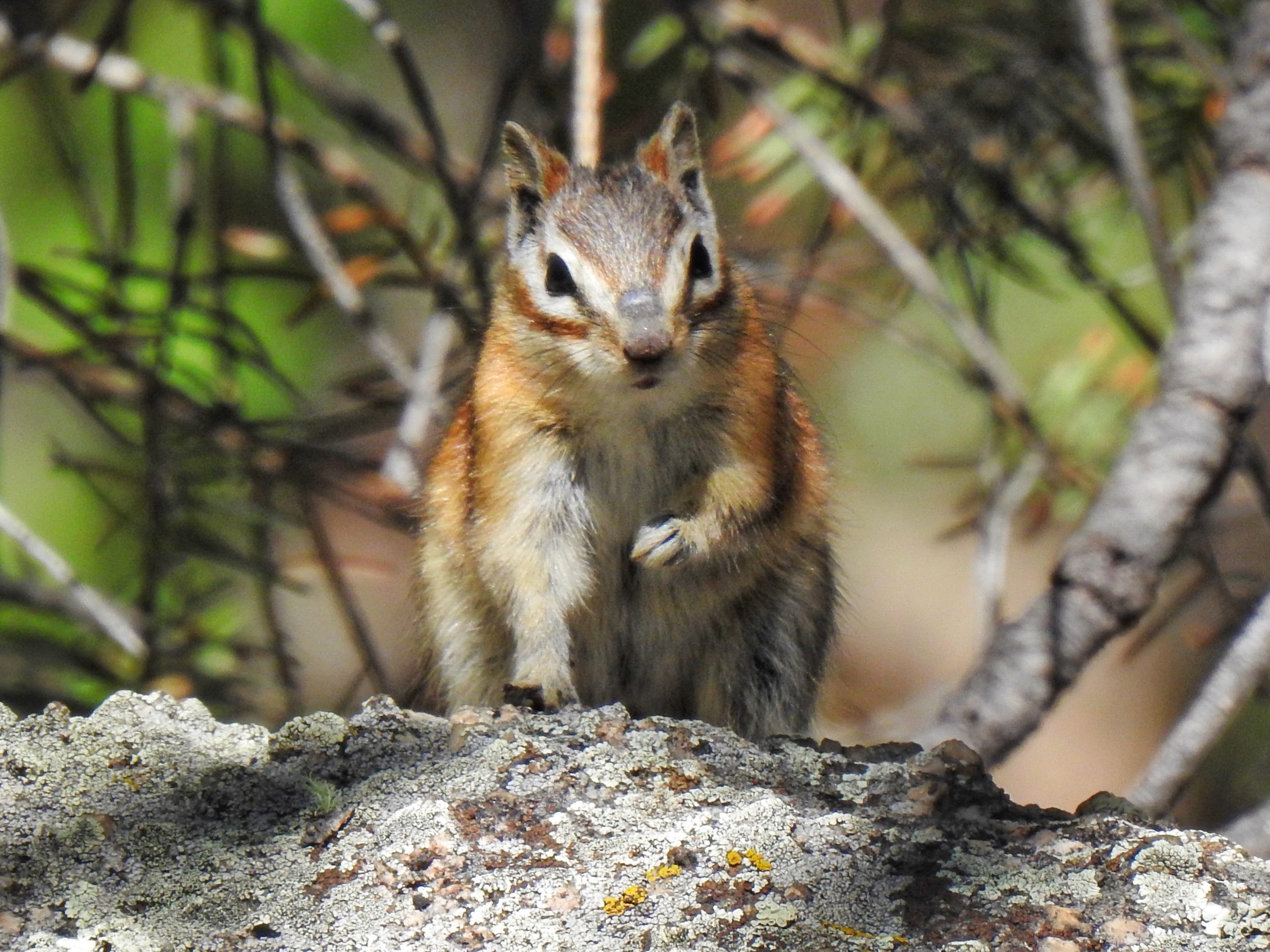 Violet-green Swallow. I’m still trying to get a good photo of this bird. Note the odd combination of jade green on the back and olive green on the head. In the flying photos, you can definitely see how it got its name. 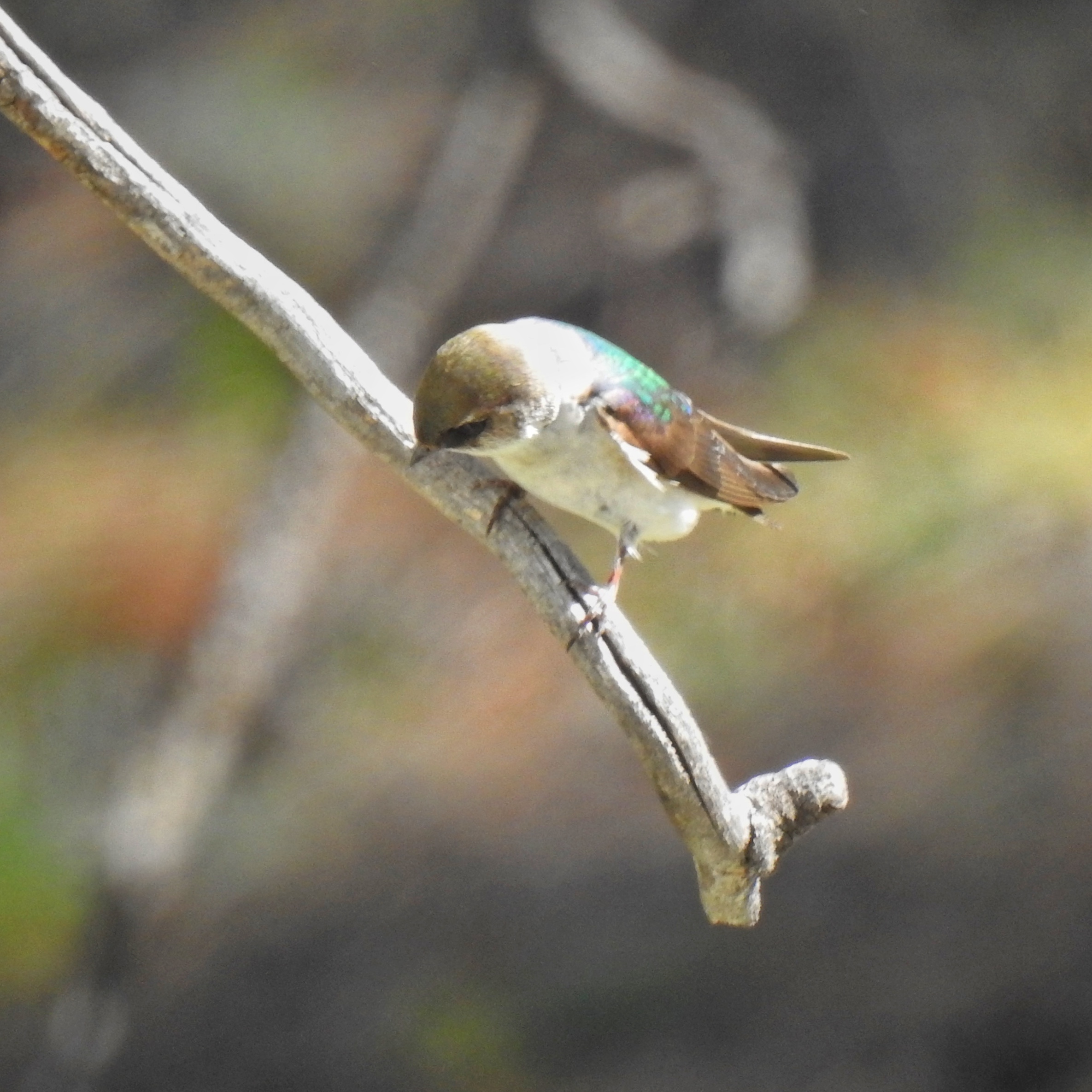 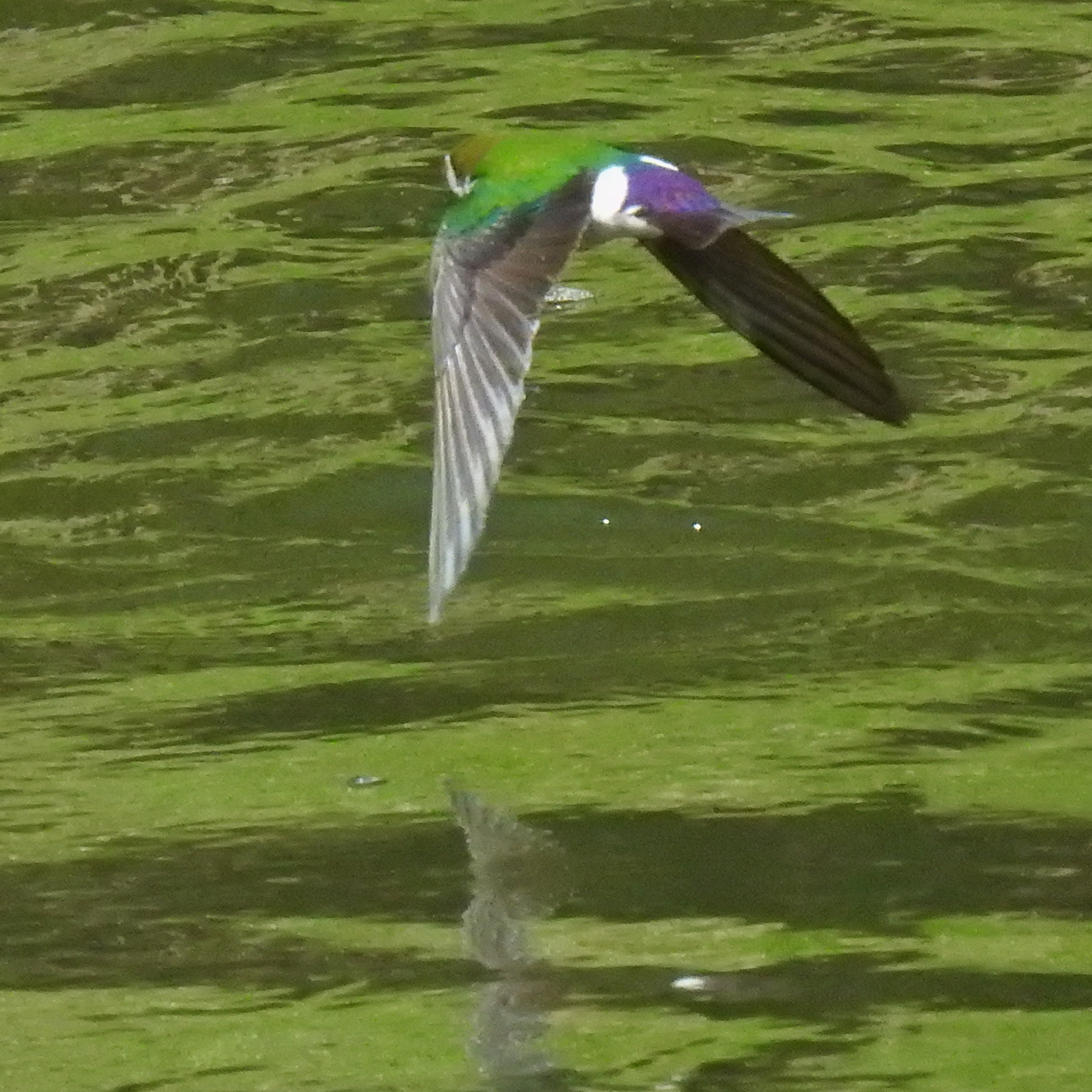 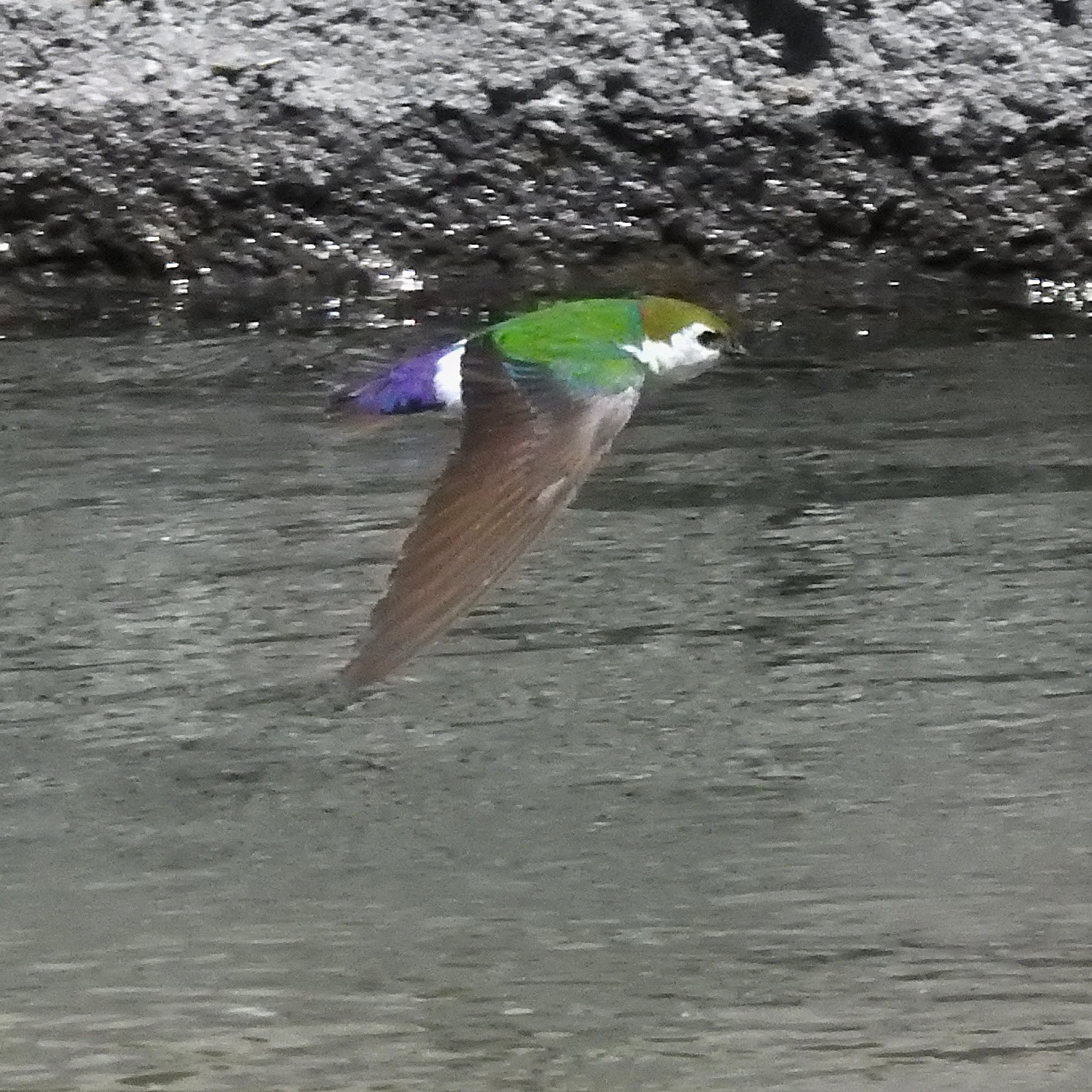 Male and female Common Mergansers. I’ve found it very difficult to catch the green on the head in photos, until this shot. 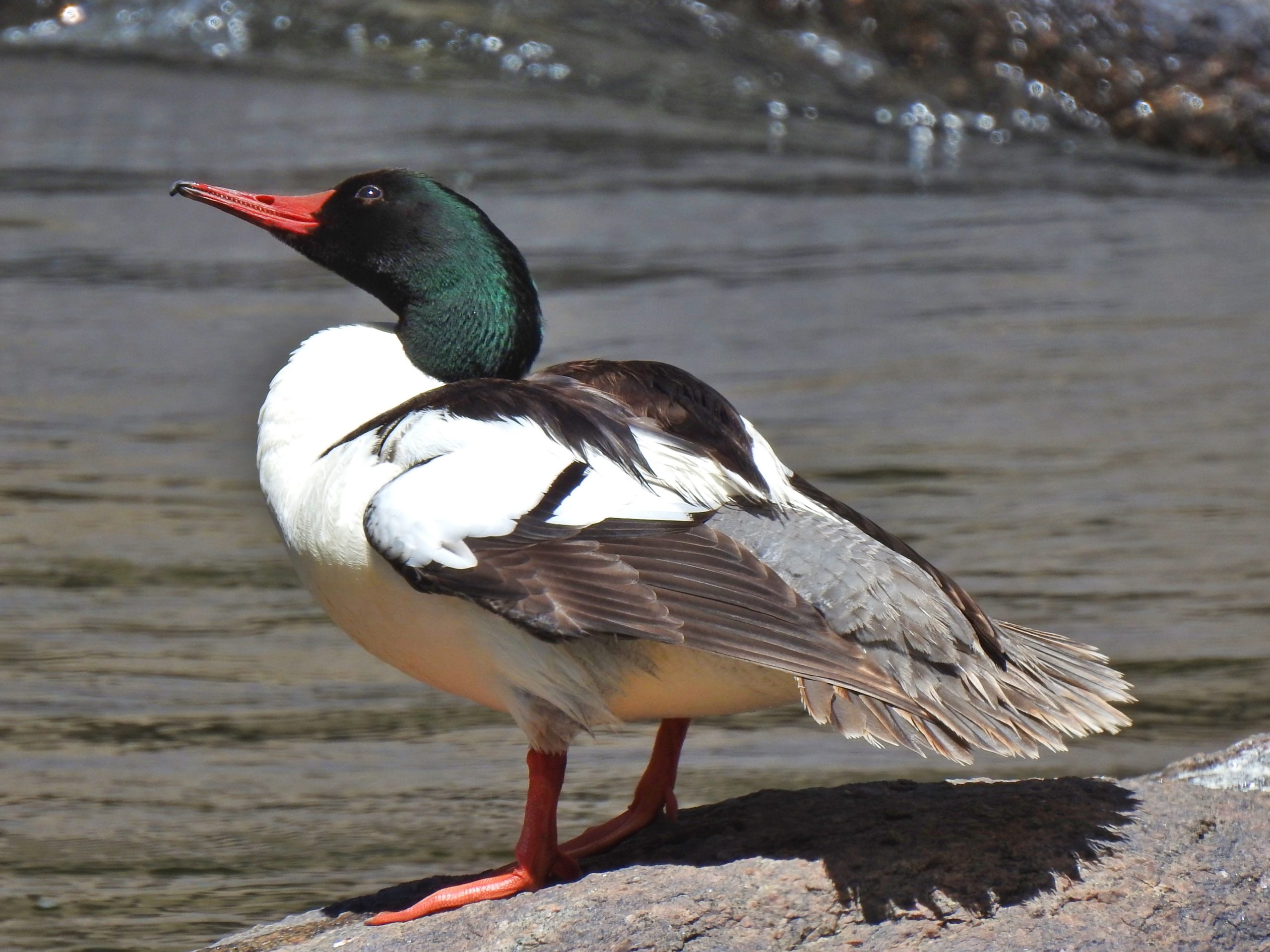 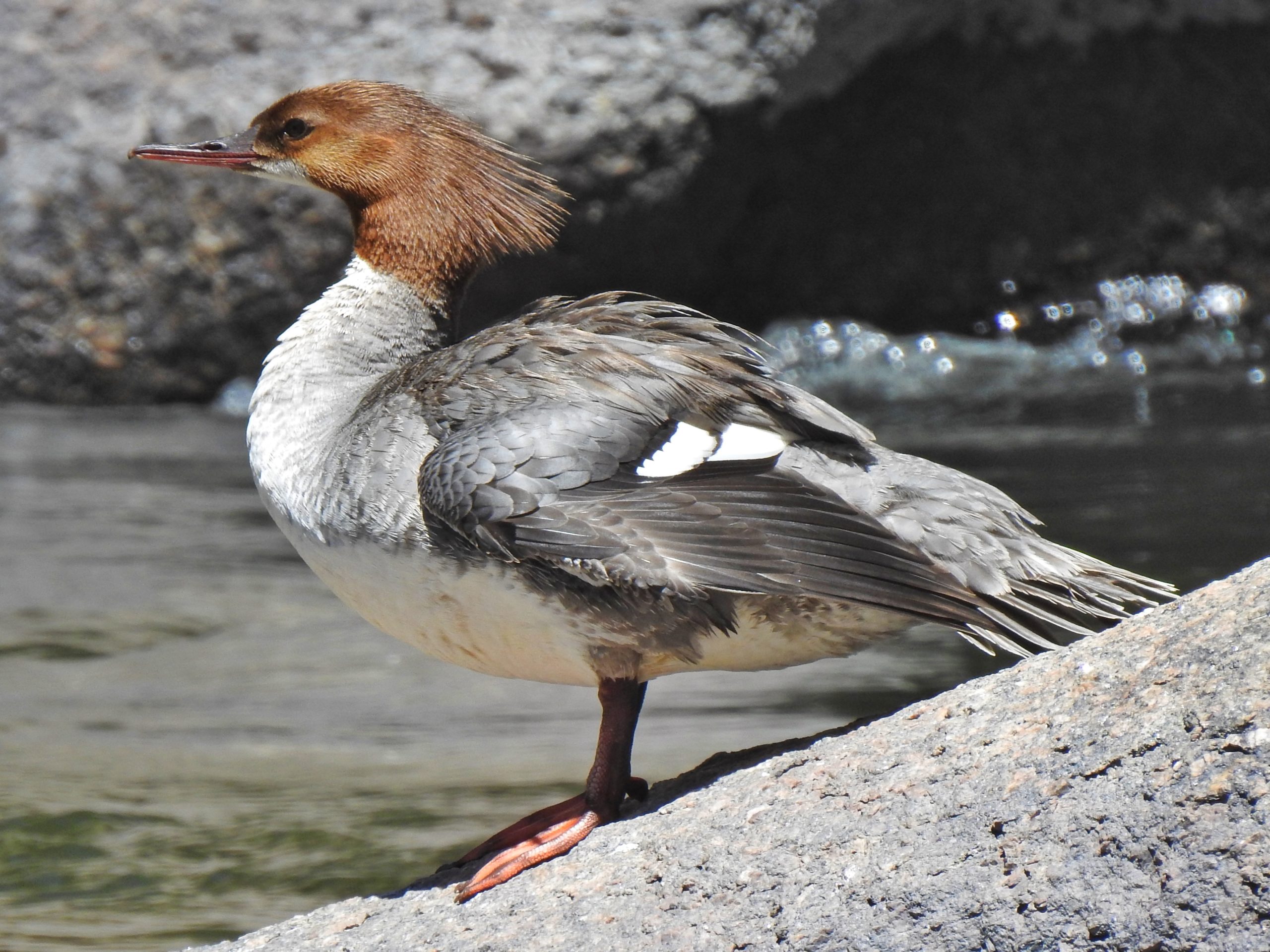 I drove all the way up the canyon, stopping wherever it looked birdy and walking. I found one trail—longer than I expected—that led uphill to an overlook. I wasn’t prepared for the walk—I hadn’t brought water—but I survived, and that’s where I saw many of the birds. 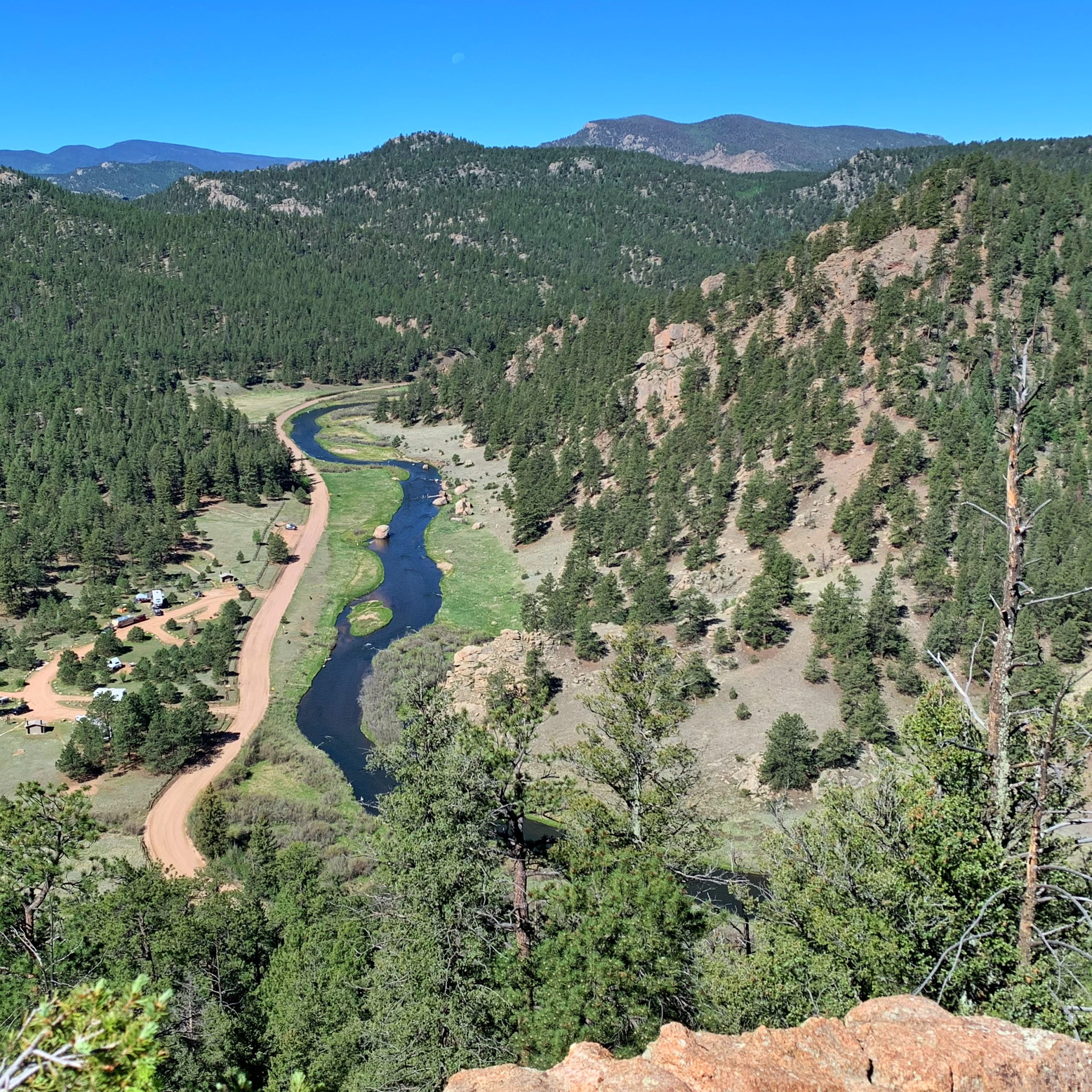 Other photos of the South Platte River in no particular order. 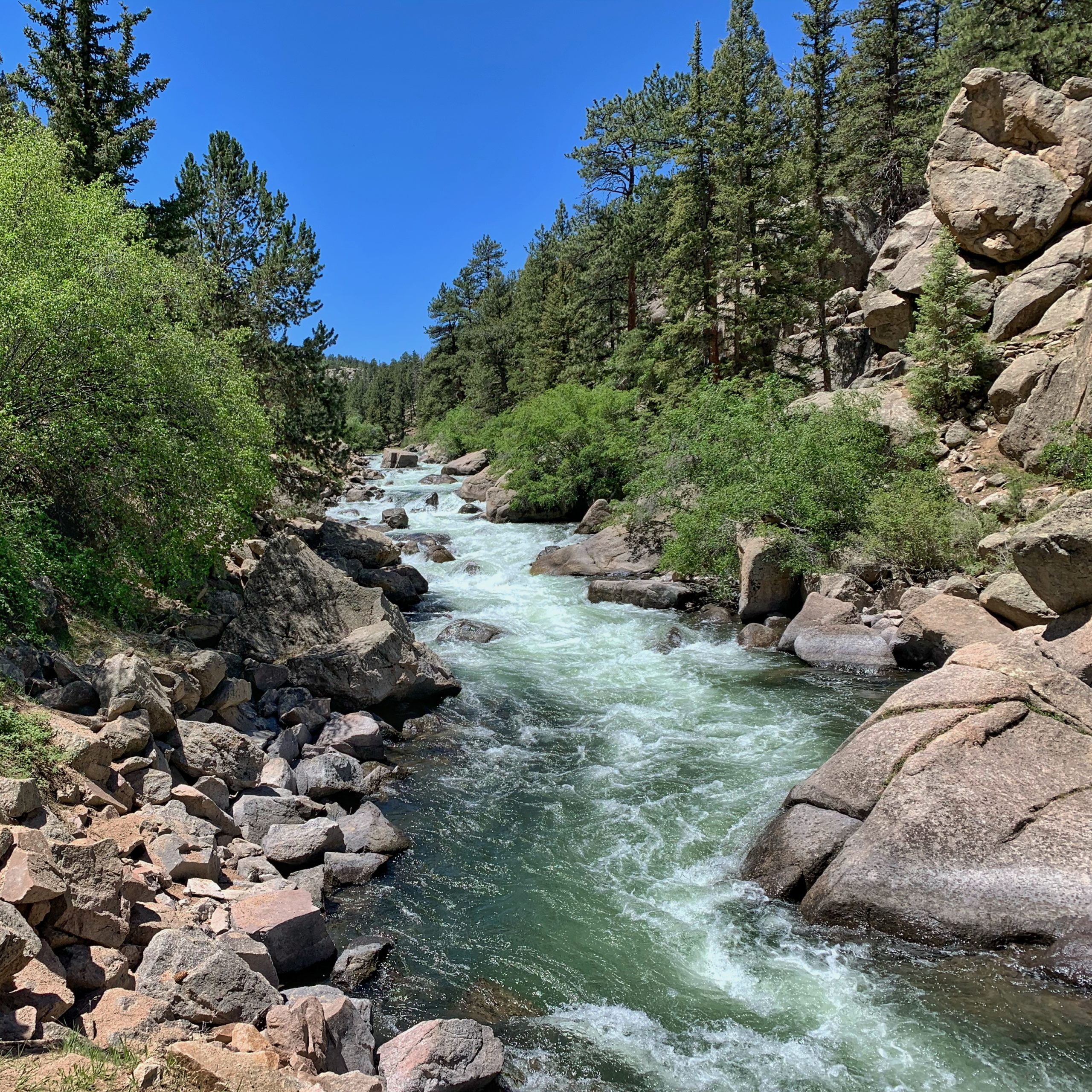 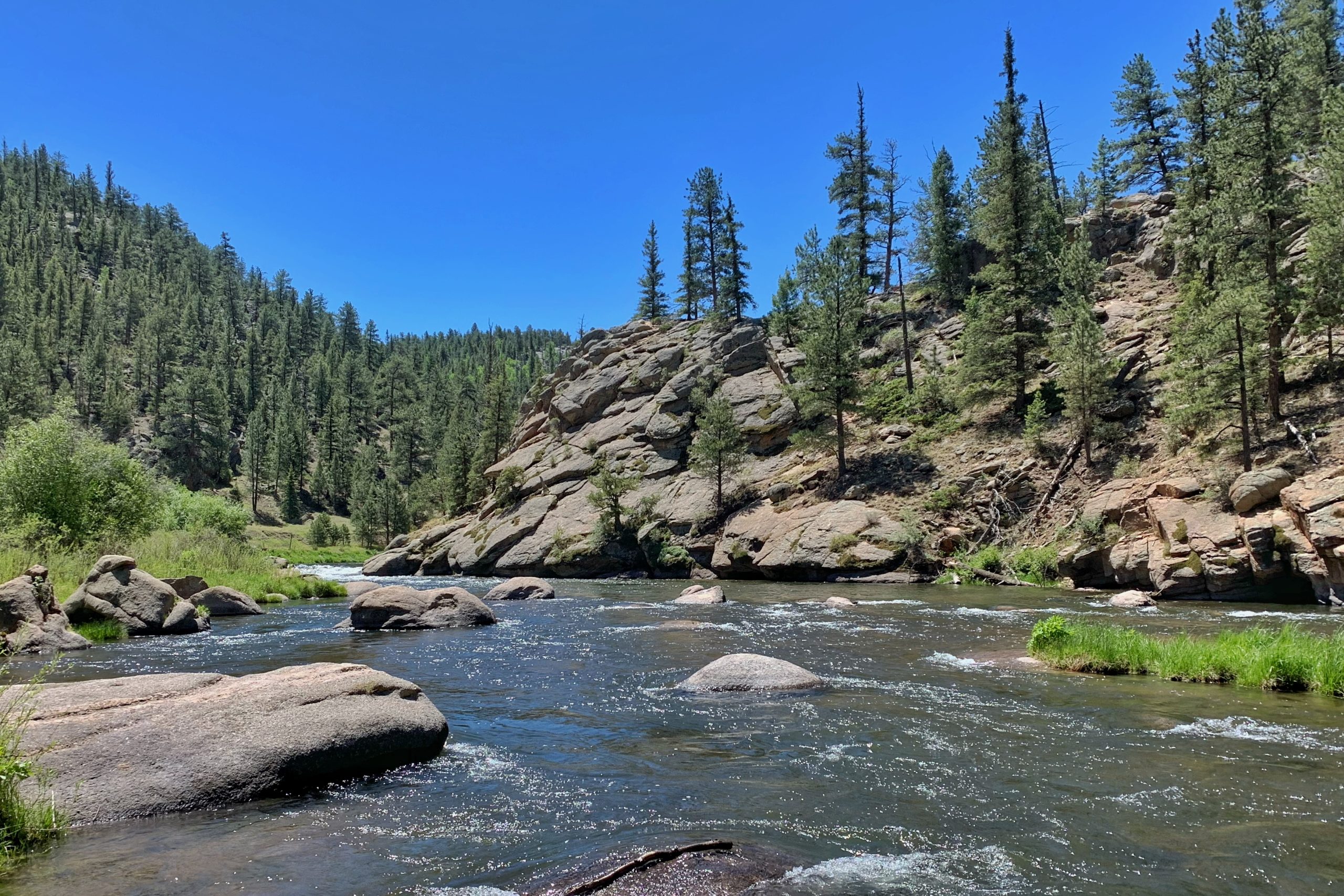 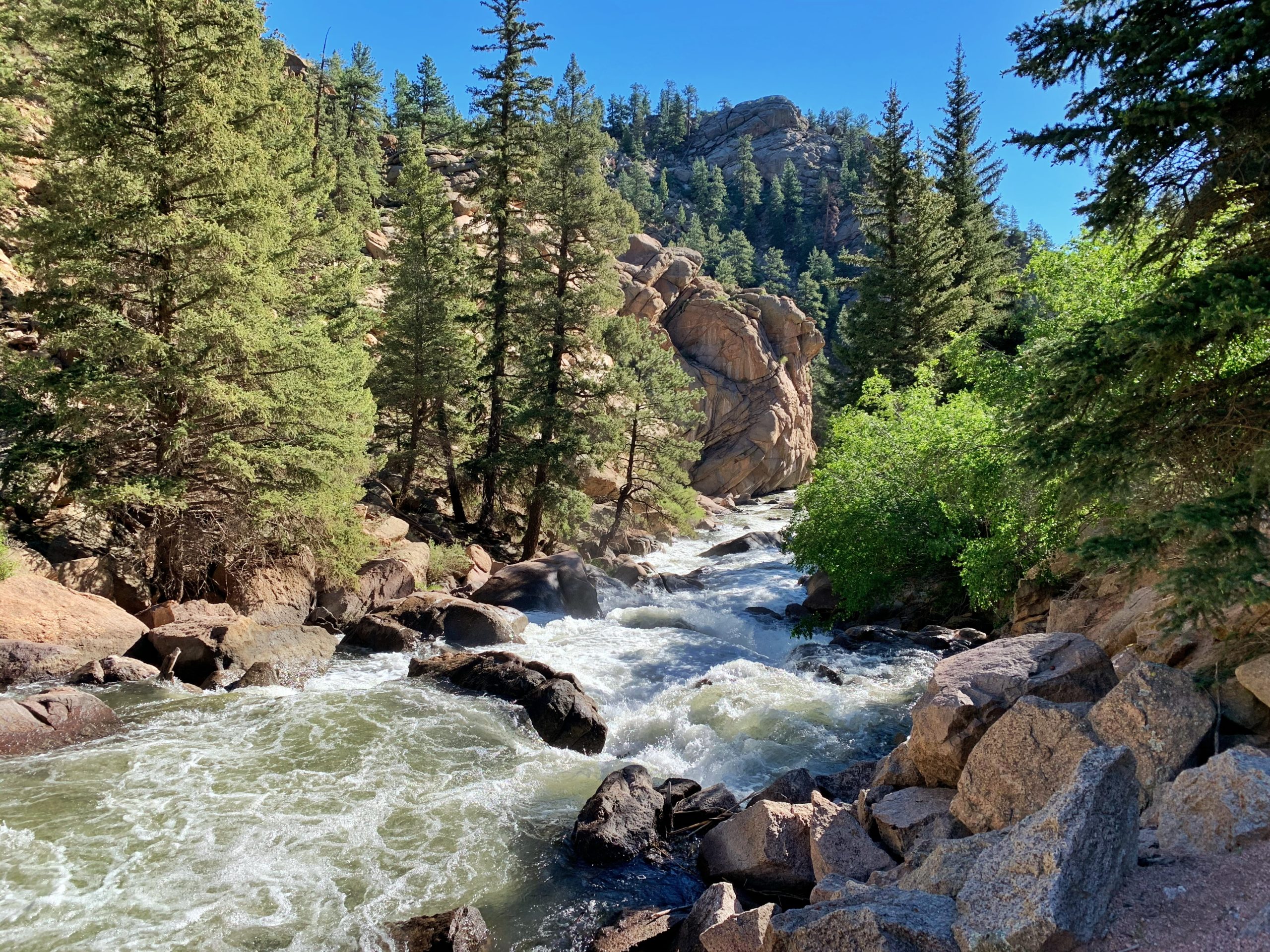 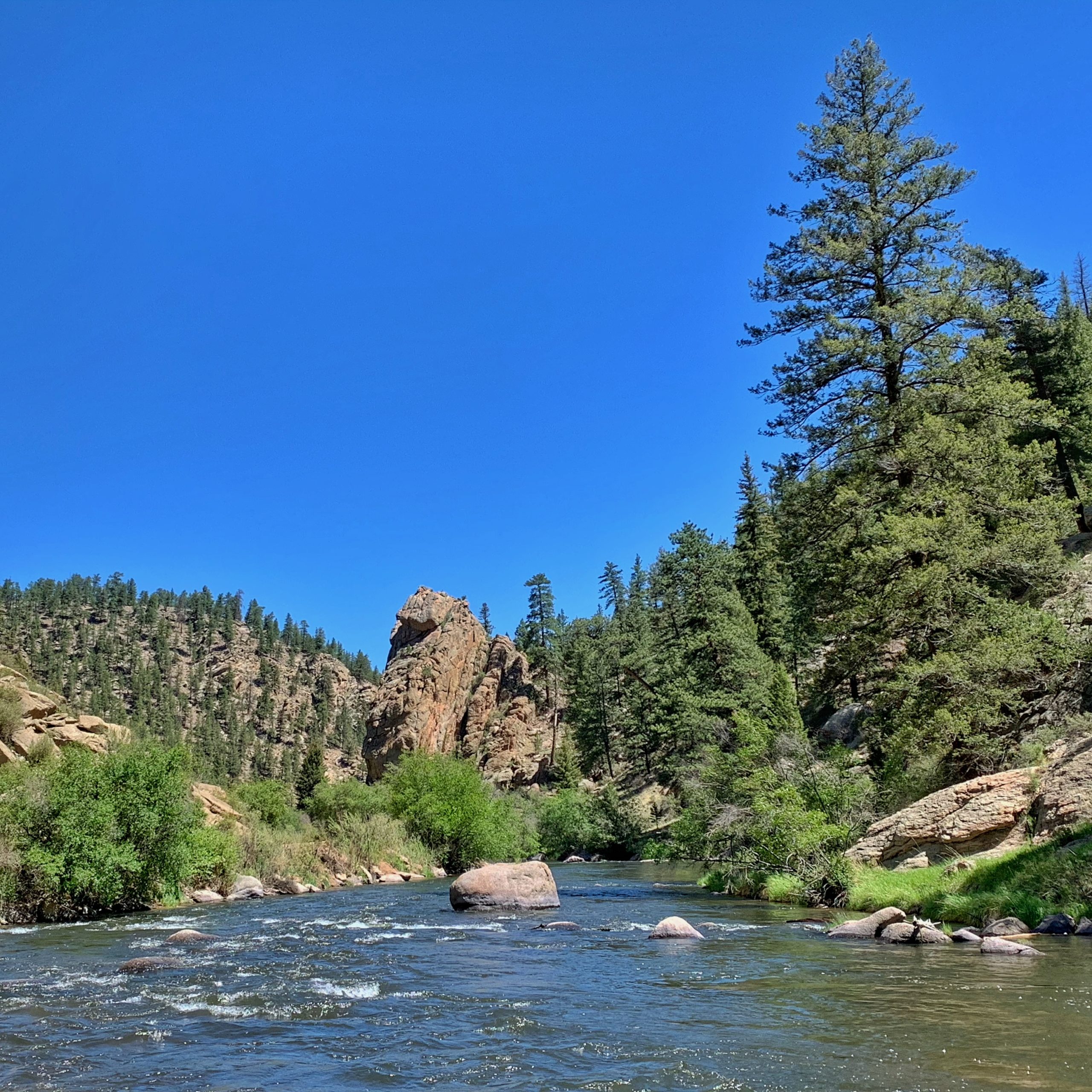 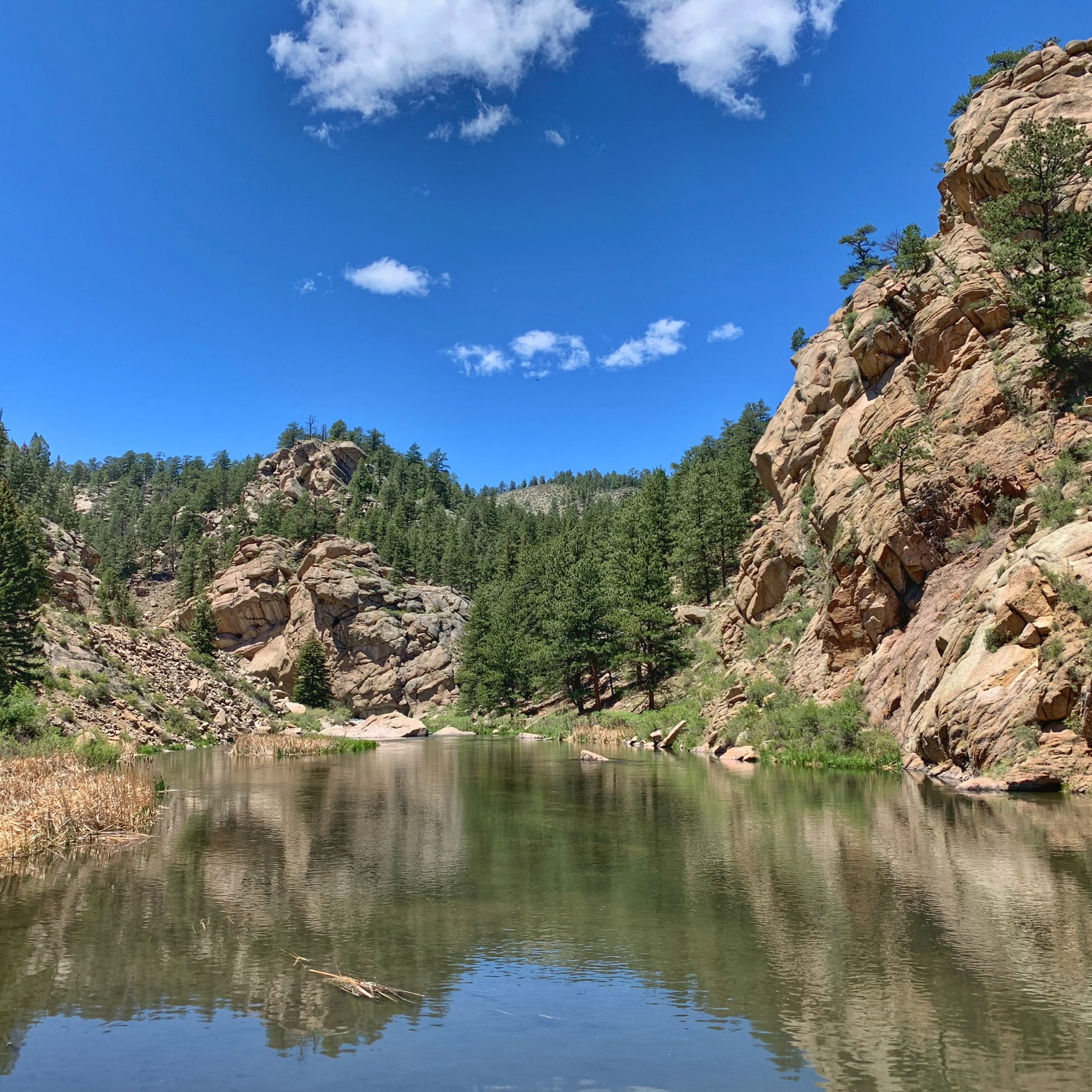 I ended up with 39 birds, although no new ones for the year. I was surprised to find out that today rocketed me up to second place on the list of birds seen here. If I had known that, I would have stuck around a little more and seen four more species to take the lead. The place is beautiful, but except for on the trail to the overlook, I was never more than 20 yards from the road, and traffic is steady and dusty.

After grabbing a mediocre cheeseburger and fries that tasted like fish chips in Florissant, I drove to Eleven Mile State Park and explored. 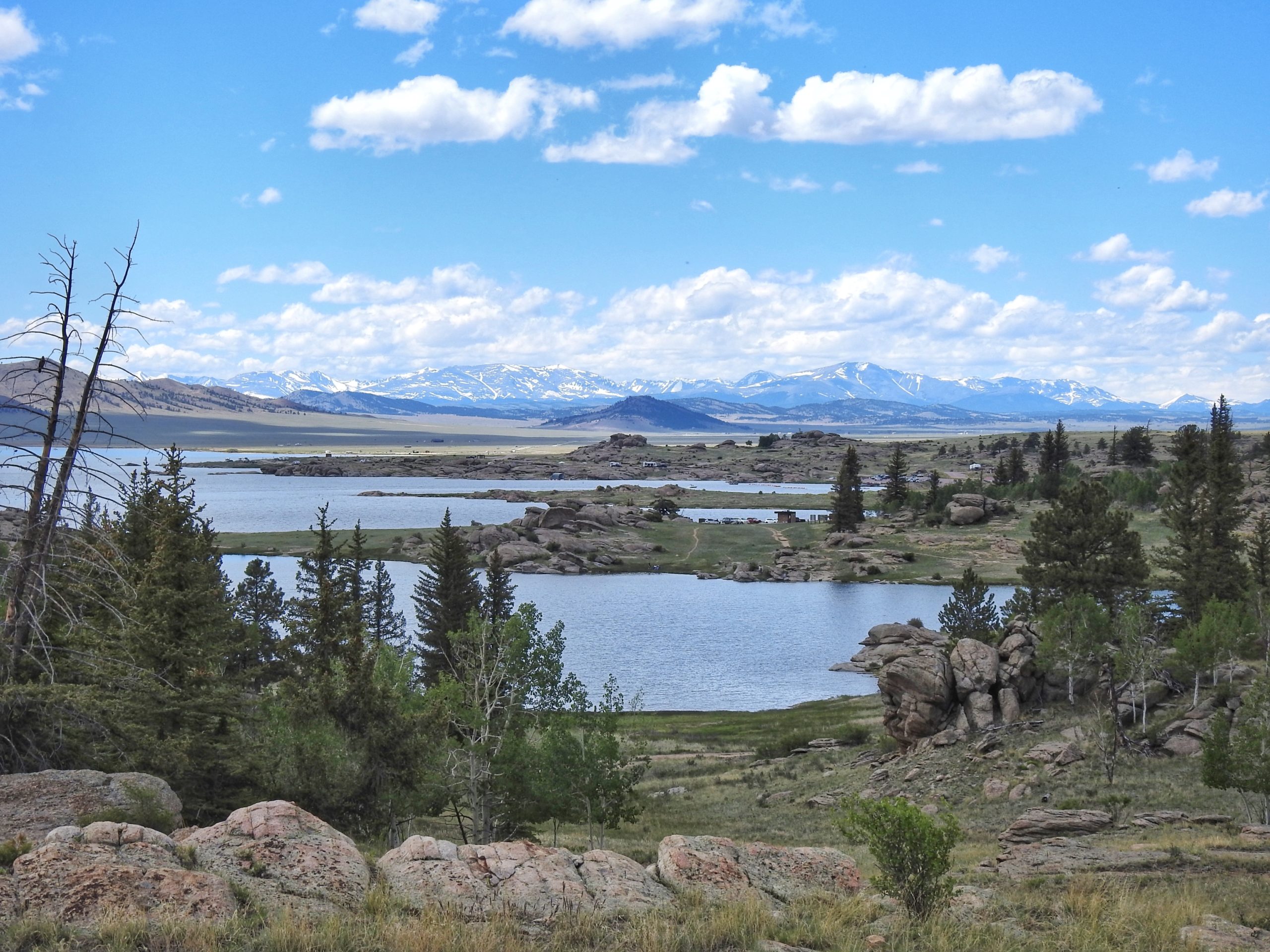 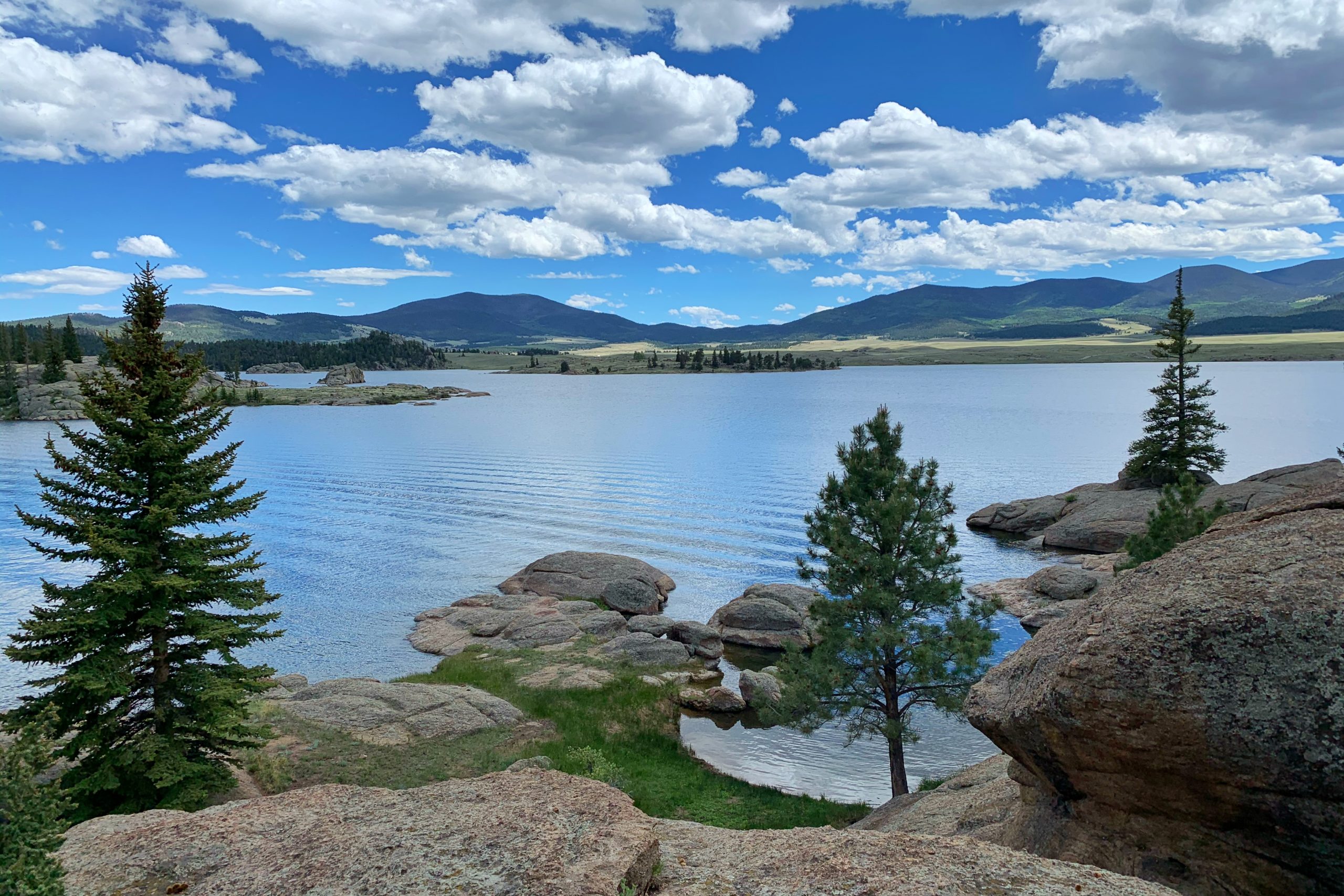 On one of the larger islands of rock, there was a mixed rookery of Double-crested Cormorants, California Gulls, and American White Pelicans. I tried to get closer for better photos, but someone was camping on the point that came closest and it wasn’t all that close anyway. 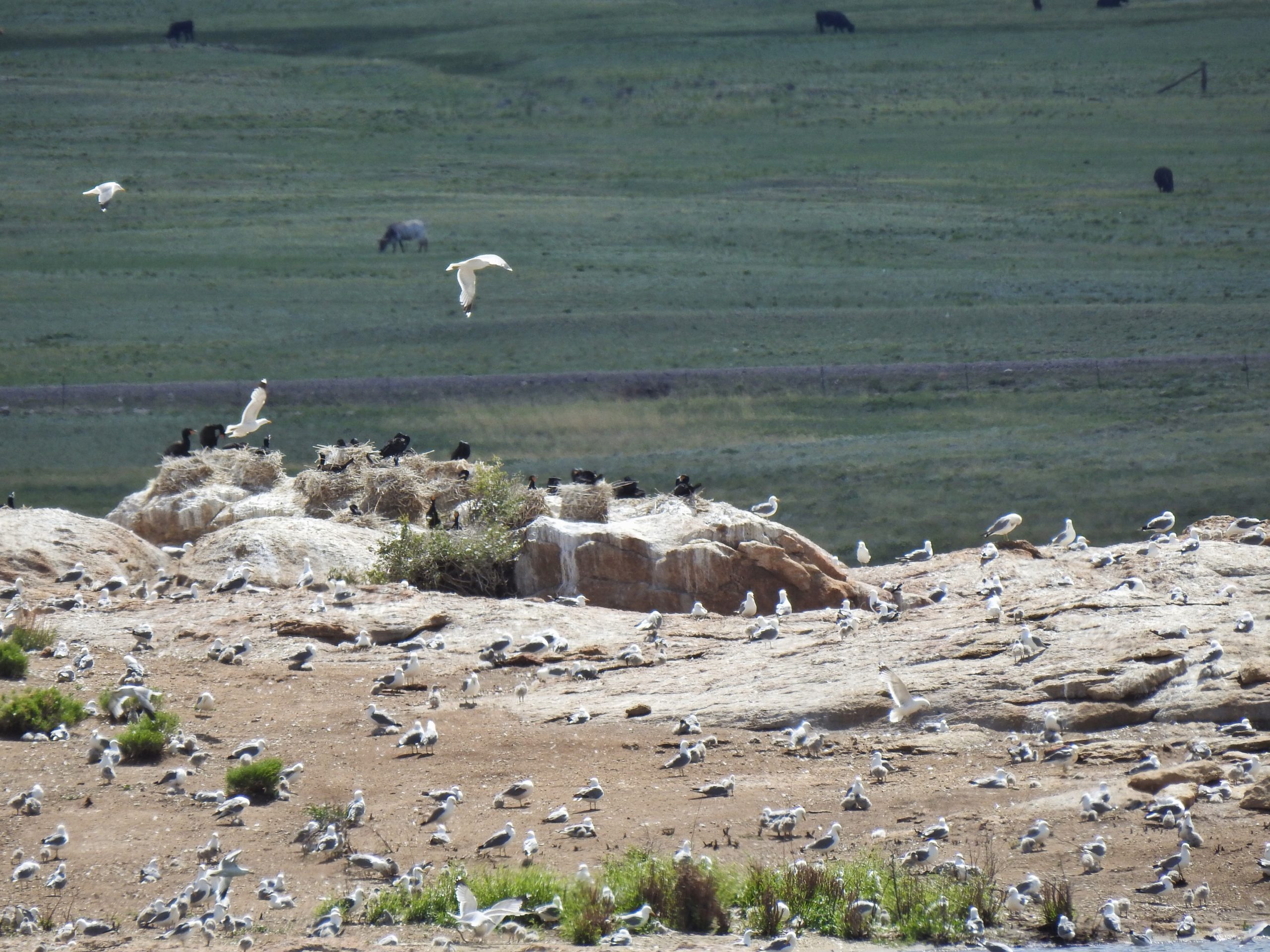 This California Gull dove into the lake near the shore about 30 yards away from me and came up with a huge crayfish. It carried it up on shore and proceeded to destroy it. 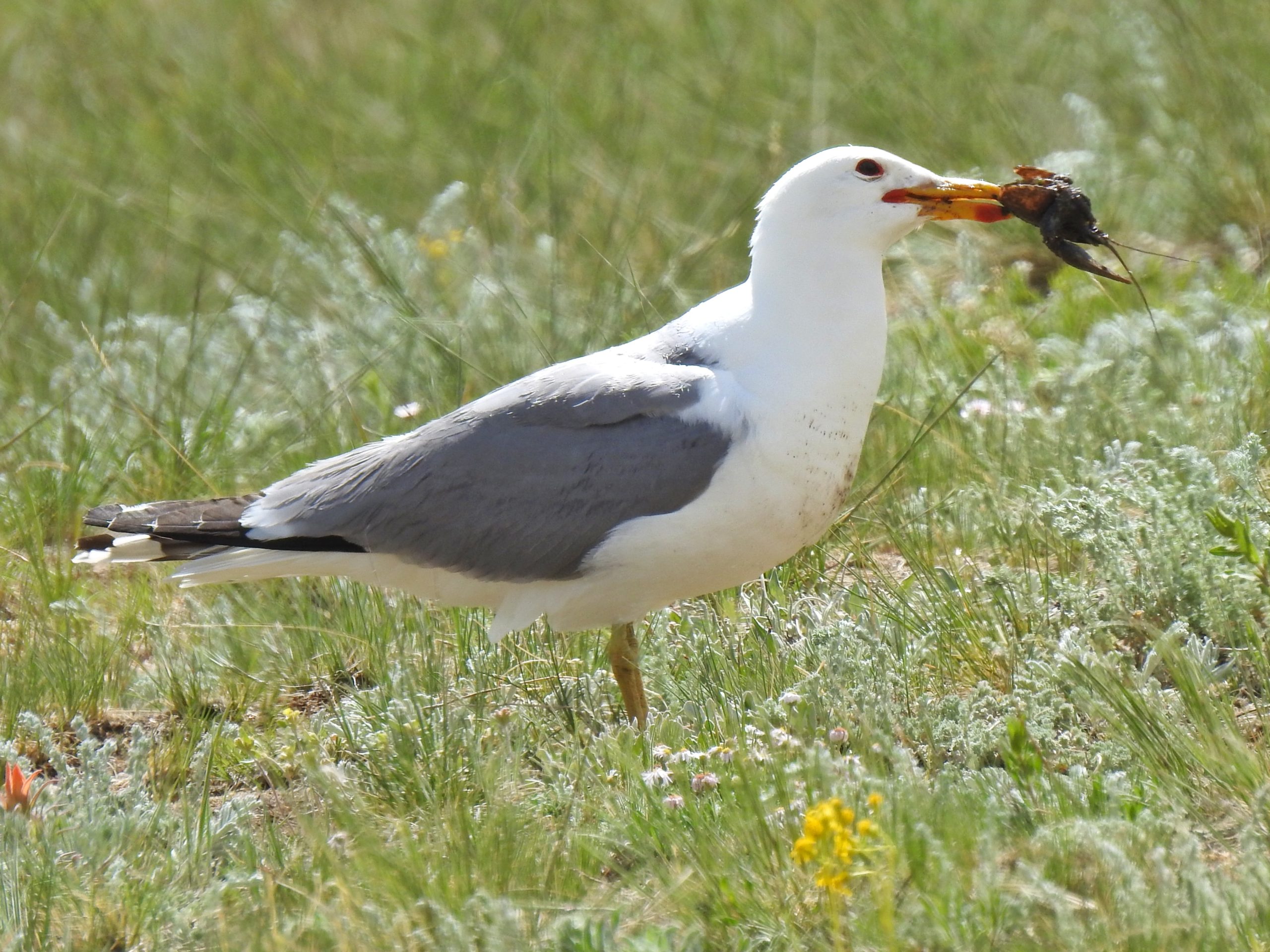 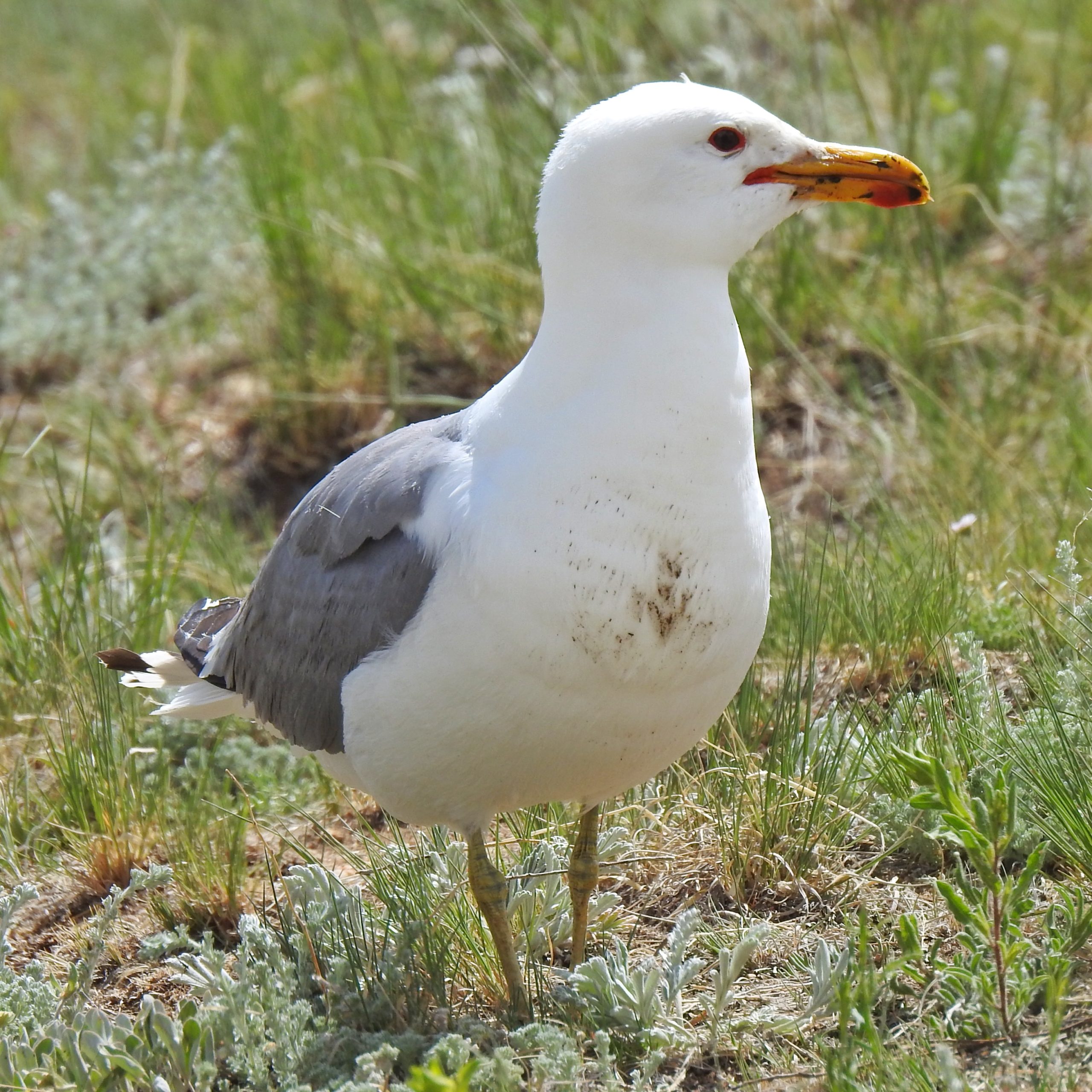 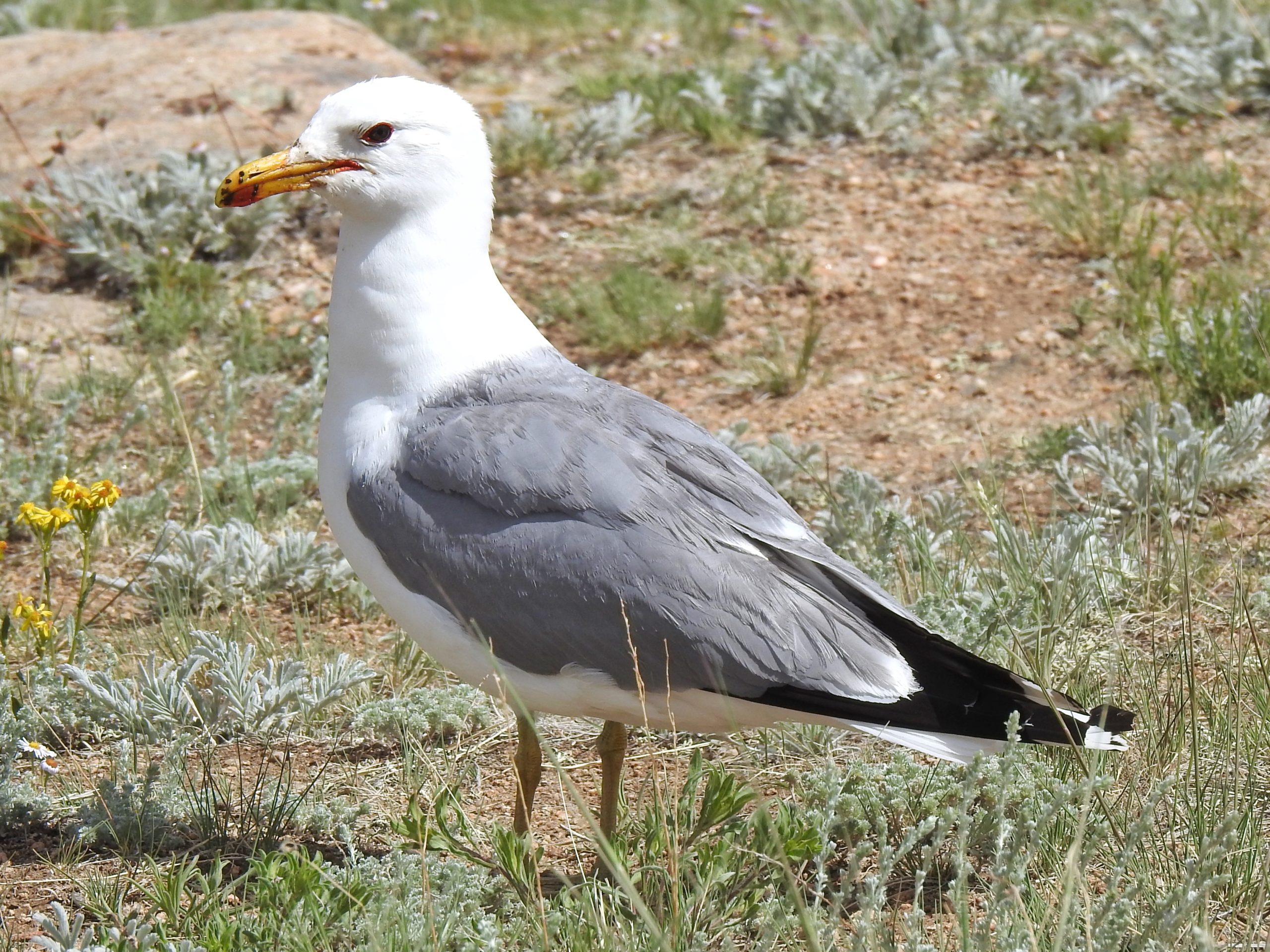