Joshua and I stopped at Clear Springs Ranch to look (in vain) for the screech-owl. We weren’t seeing much of anything until we got back to the parking lot. A male Northern Harrier was standing in the middle of the mown field next to I-25. He flew around a bit, then landed again. A Prairie Falcon flew over and landed in a cottonwood about 70 yards away. Within seconds, the harrier was chasing the falcon away. I managed to get two quick shots of the short confrontation. 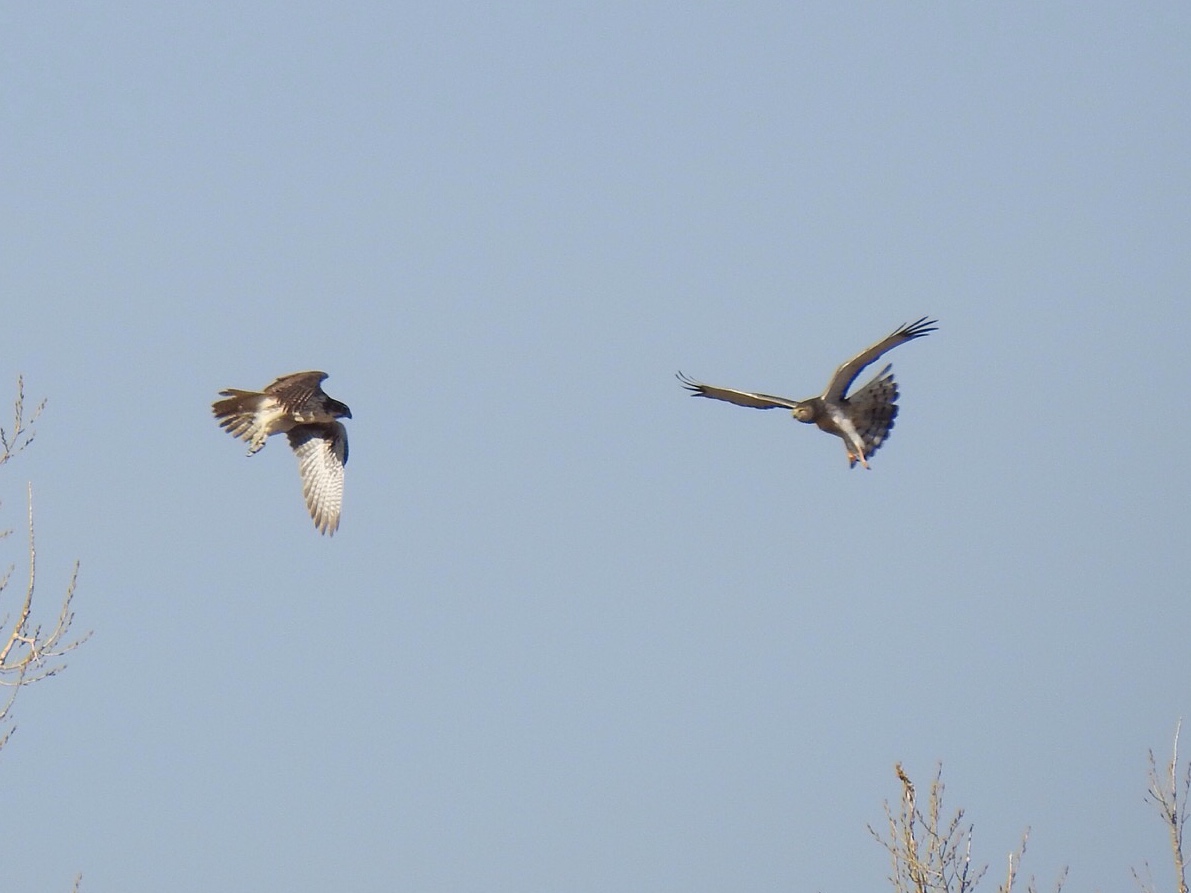 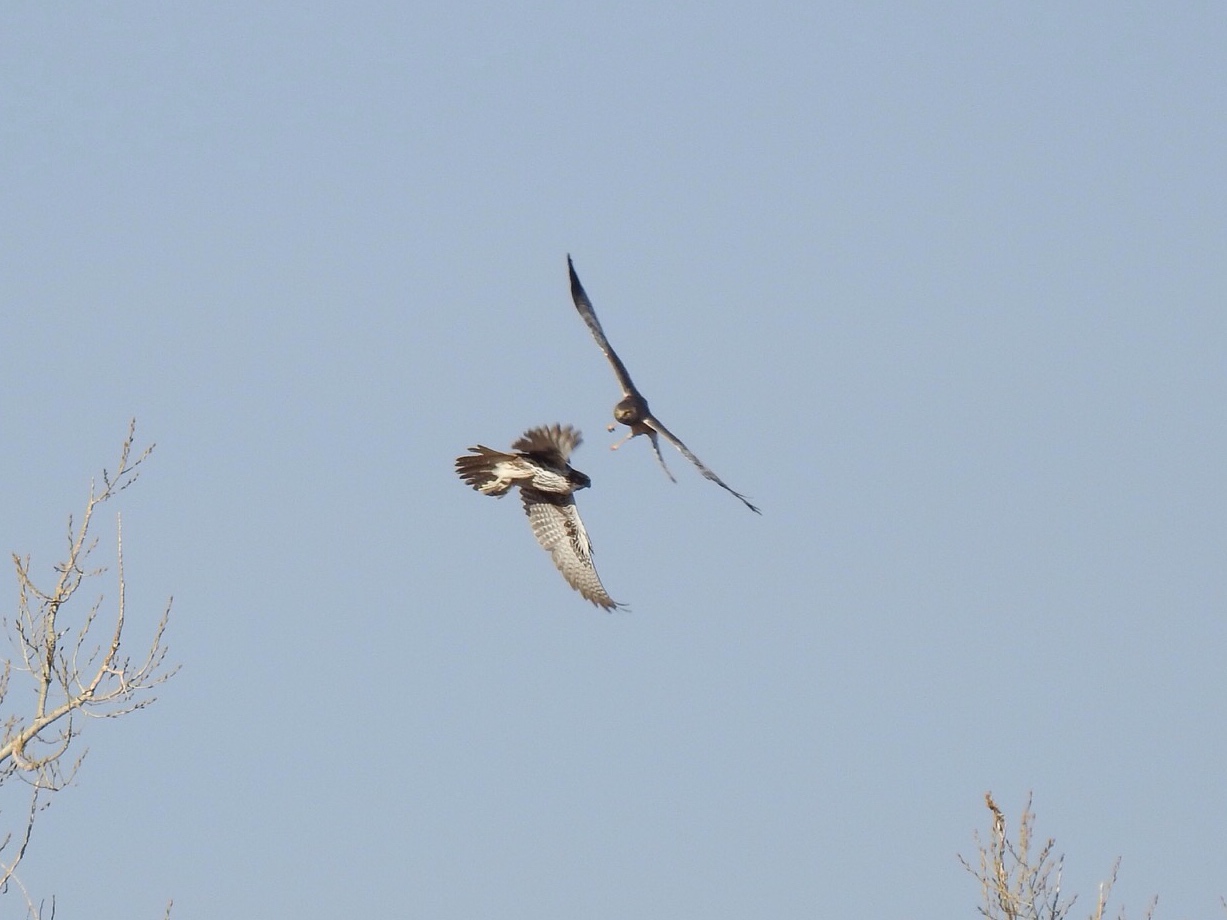 We spent the morning at Lake Pueblo State Park where we walked the loop along the Arkansas River below the dam and then checked out the gulls at the South Marina. On a rock bar in the river, I picked out this lone Least Sandpiper. Some birder reported on Sunday that because of this photo, which I posted on eBird, he and another birder walked along the river and found two Least Sandpipers, which are pretty rare in Colorado in January. 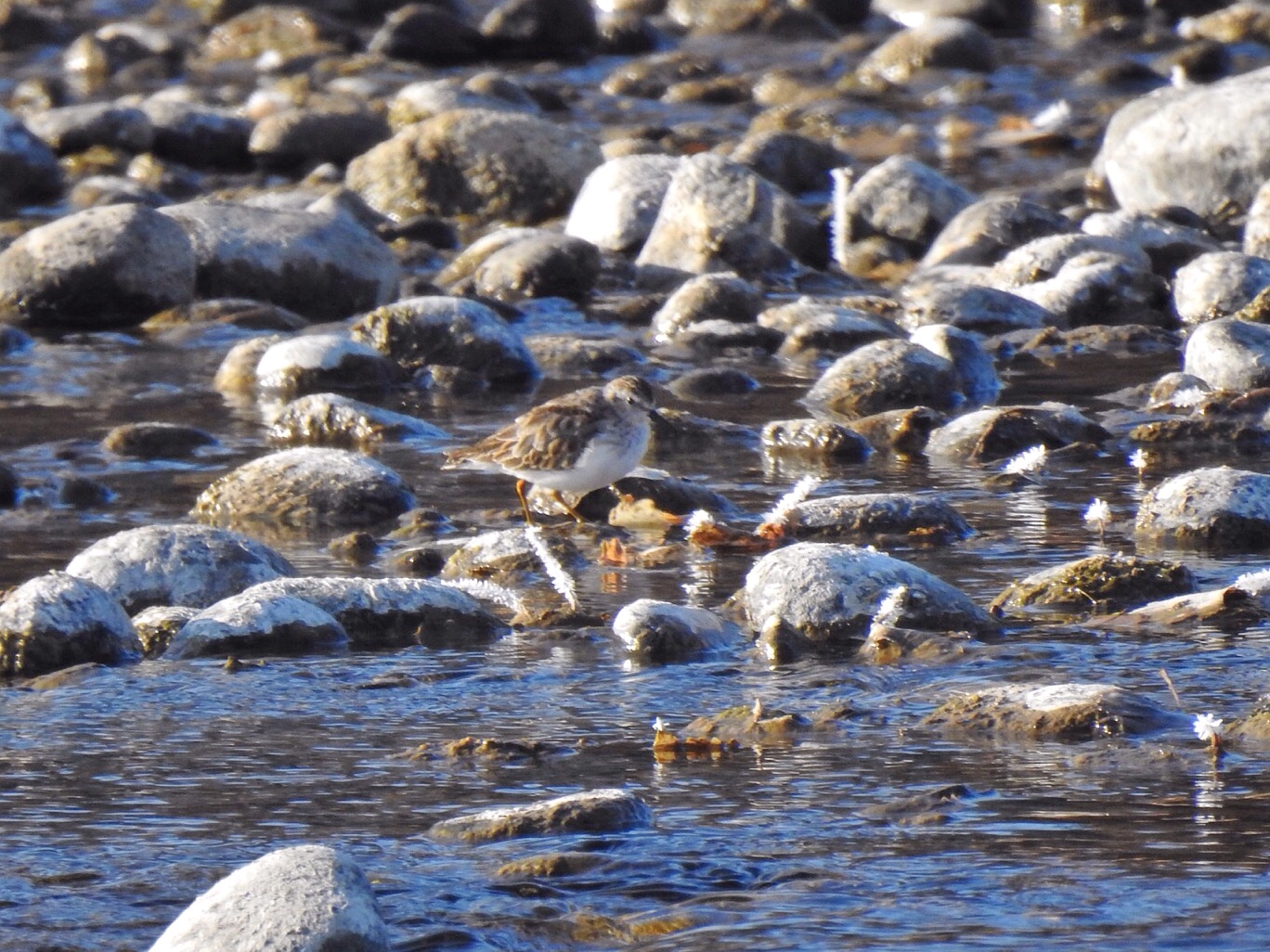 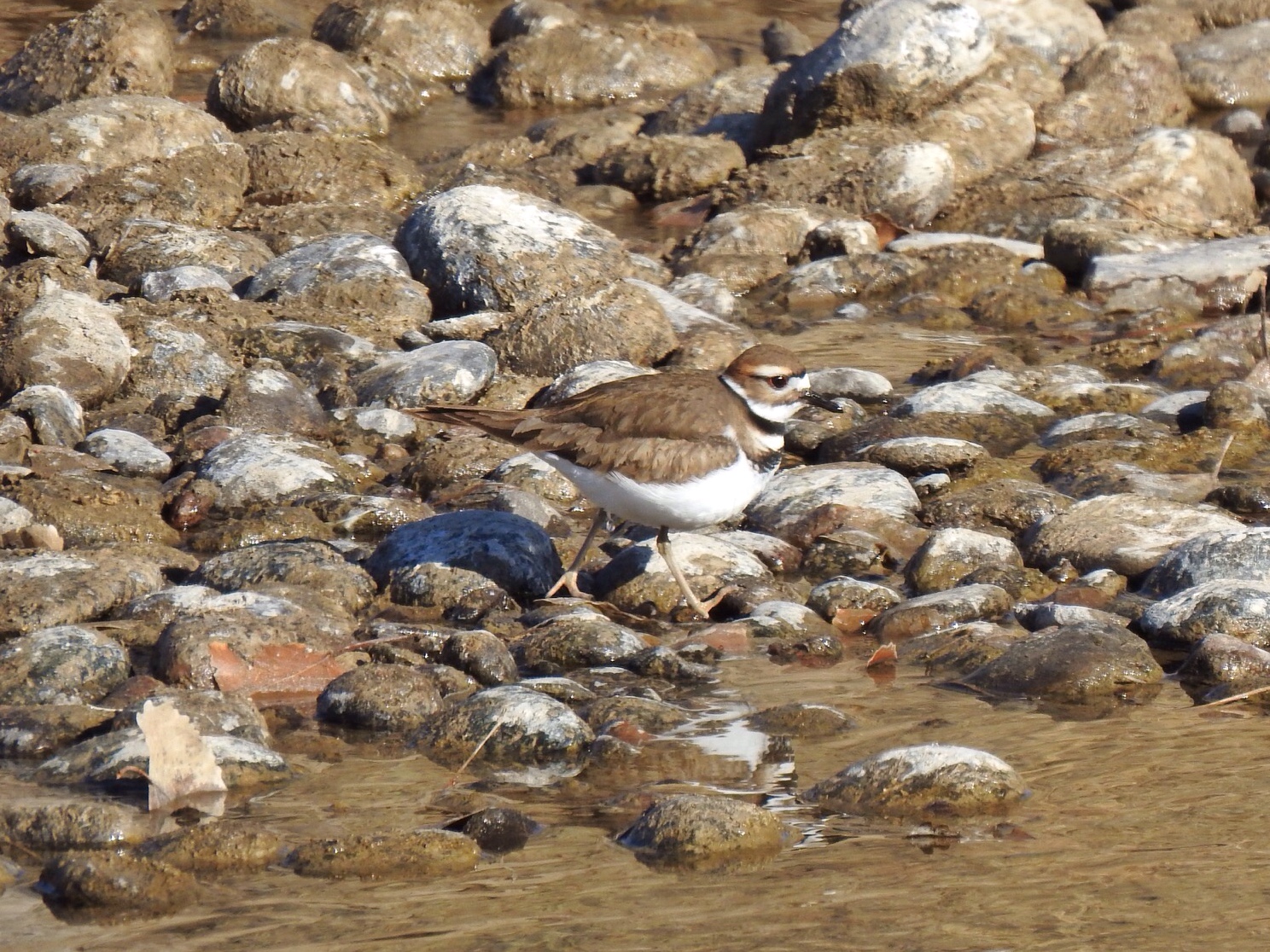 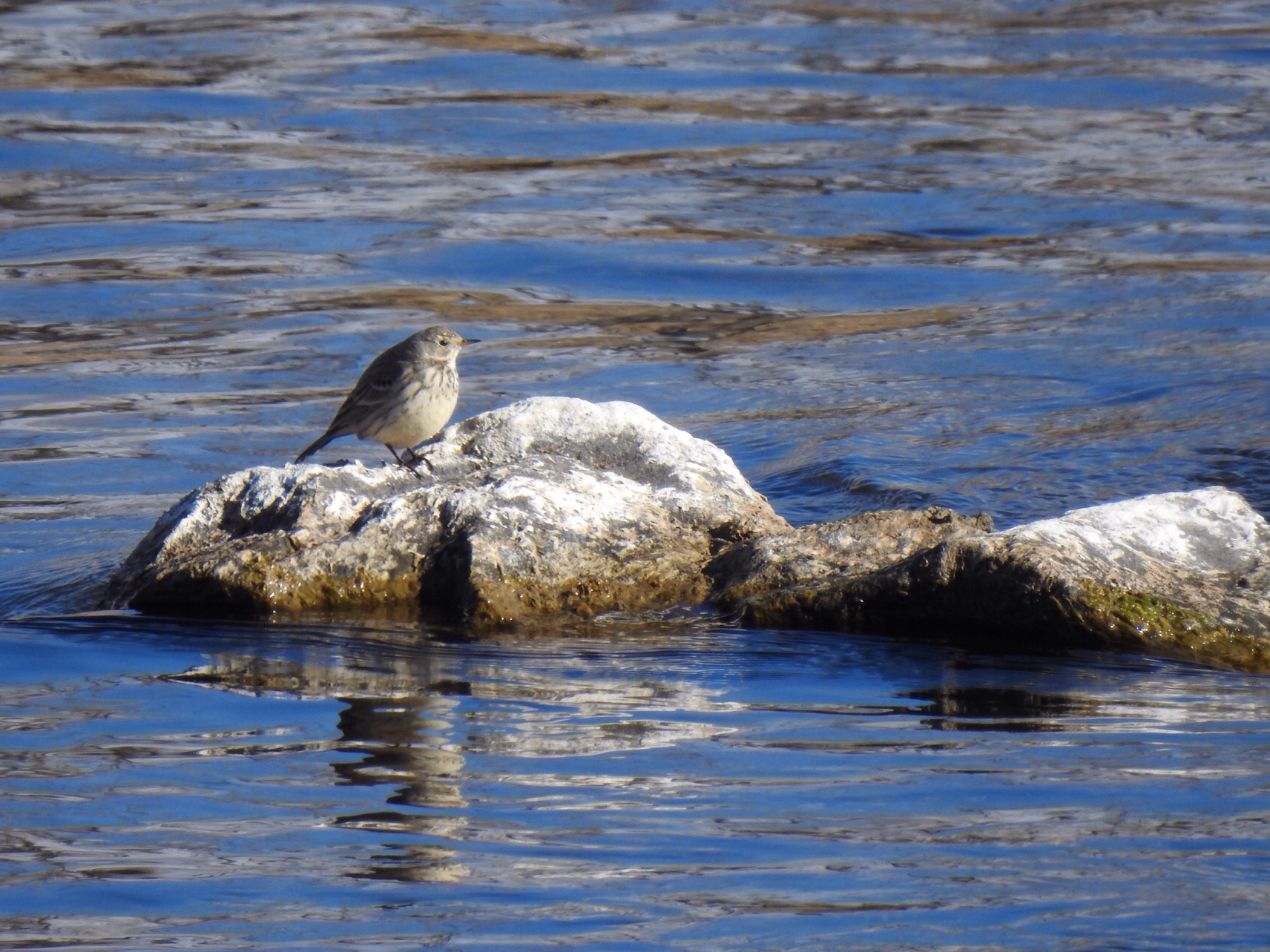 And a female Belted Kingfisher 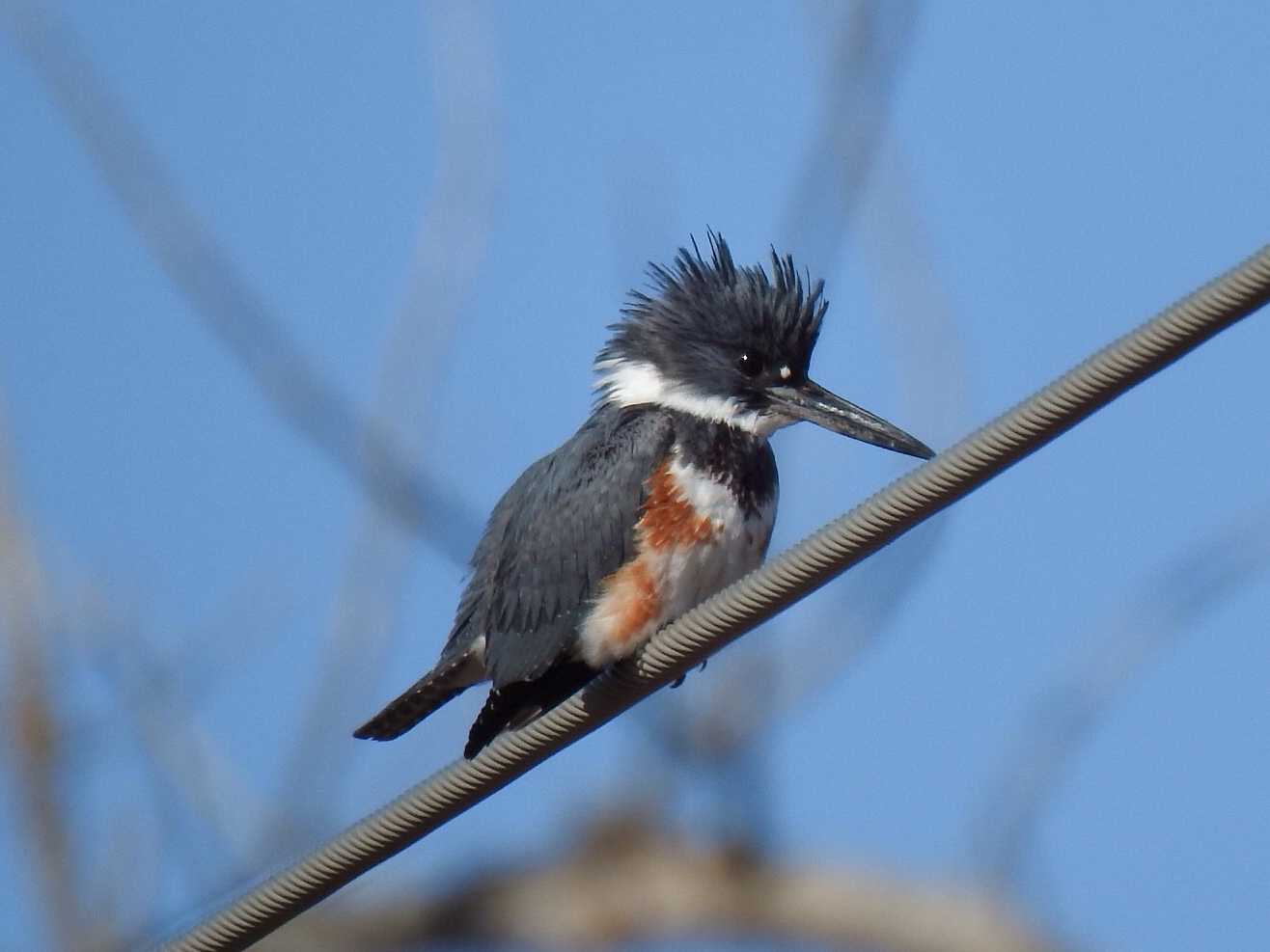 In all, we saw 40 species, including two Dunlin on the tires at the South Marina, a Pacific Loon swimming near the dam, and all three mergansers at once at Valco Ponds.

At the marina, we ran into a 16-year-old kid who was birding with his parents. I’d met them briefly in Arvada last week when I was looking for the Brant. Apparently birding is a family affair for them, which is cool. They were very nice and pointed out some birds for us, including a flyover Bald Eagle.. I was able to point out the Dunlins and the Pacific Loon for them. We were hoping to find a Red-throated Loon with the Pacific Loon. I said I’d only seen one in my life. The kid said he’d only seen one too. I told him we needed to put this in perspective—he was 16. I’ve been birding for 40 years.