I took another day off work to bird. But where? I’d seen the majority of the common birds that can be easily found this time of year. A day at Black Forest or along the creek would have yielded a few more to my 2020 list, but those are birds I can pick up anytime. They aren’t worth investing a day off to find.

I decided to make the effort to track down six rare or easy-to-miss birds around the Denver area.

Bird #1—A Brant of the Pacific/black subspecies has been hanging around with other geese at Arbor Lake in Arvada for about a week. I got there around 9:00 and was told by three other birders that it had just taken off. The remaining Cackling and Canada geese also took off, leaving the lake to Northern Shovelers and Mallards. I walked the path around the lake to pass the time and get some steps in but then decided to head elsewhere.

I came back around noon. Many of the geese had returned. There were large groups on the lake and a mess on the lawn next to the water. I scanned the ones on the water first. The wind had kicked up and it was a blustery afternoon. I next turned my attention to the 500 or so geese on the lawn. I scanned from one side of the flock to the other, them moved to another spot and did it again. And then did it again. I’m not sure what kept me looking—I was pretty convinced I’d seen what there was to see. And then suddenly there was the Brant, right in the middle of the flock. Most of the time, I got looks like this. When you see it, it’s definitely different, but it’s still very easy to miss. 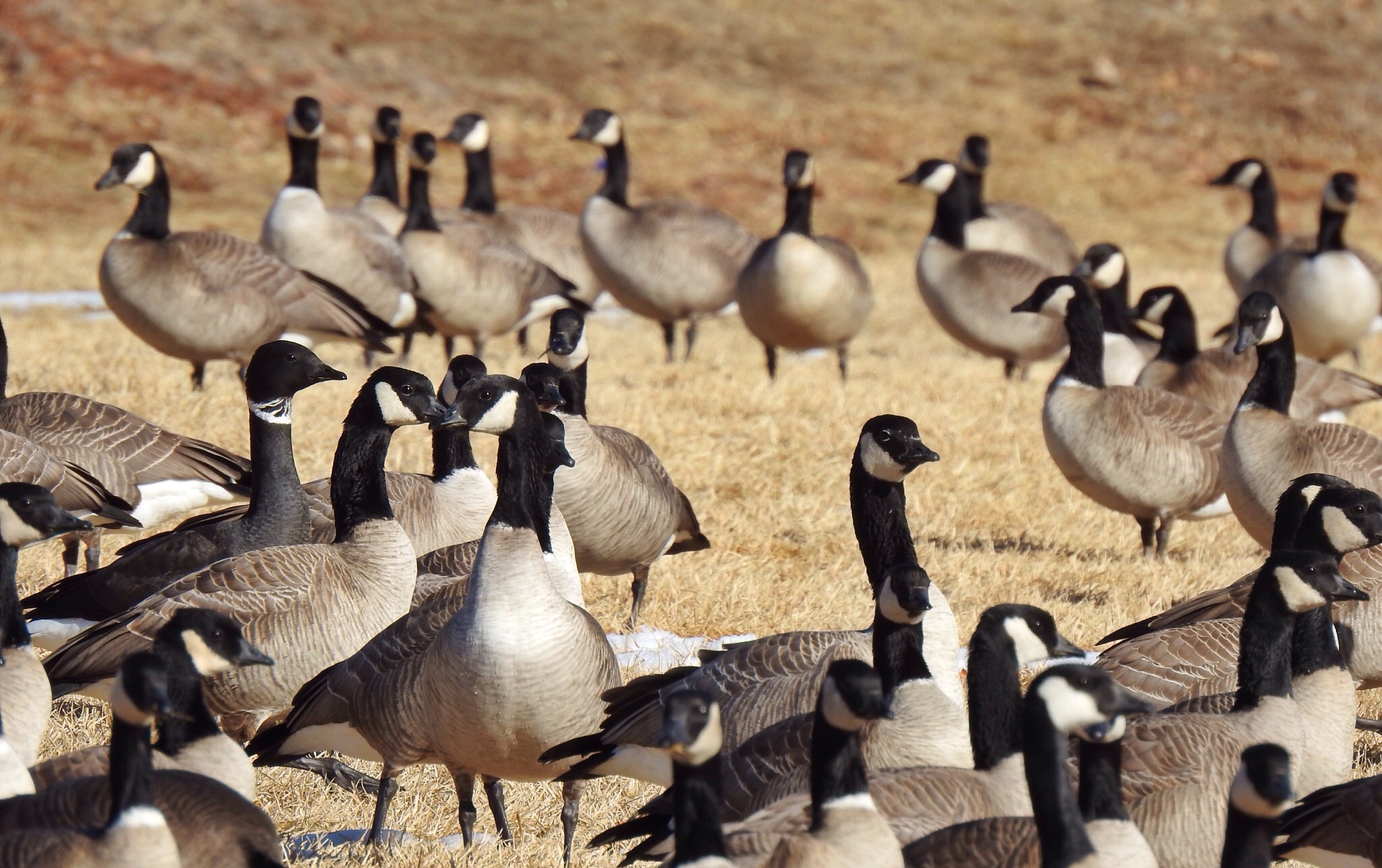 I walked back and forth, trying to get an unobstructed view. 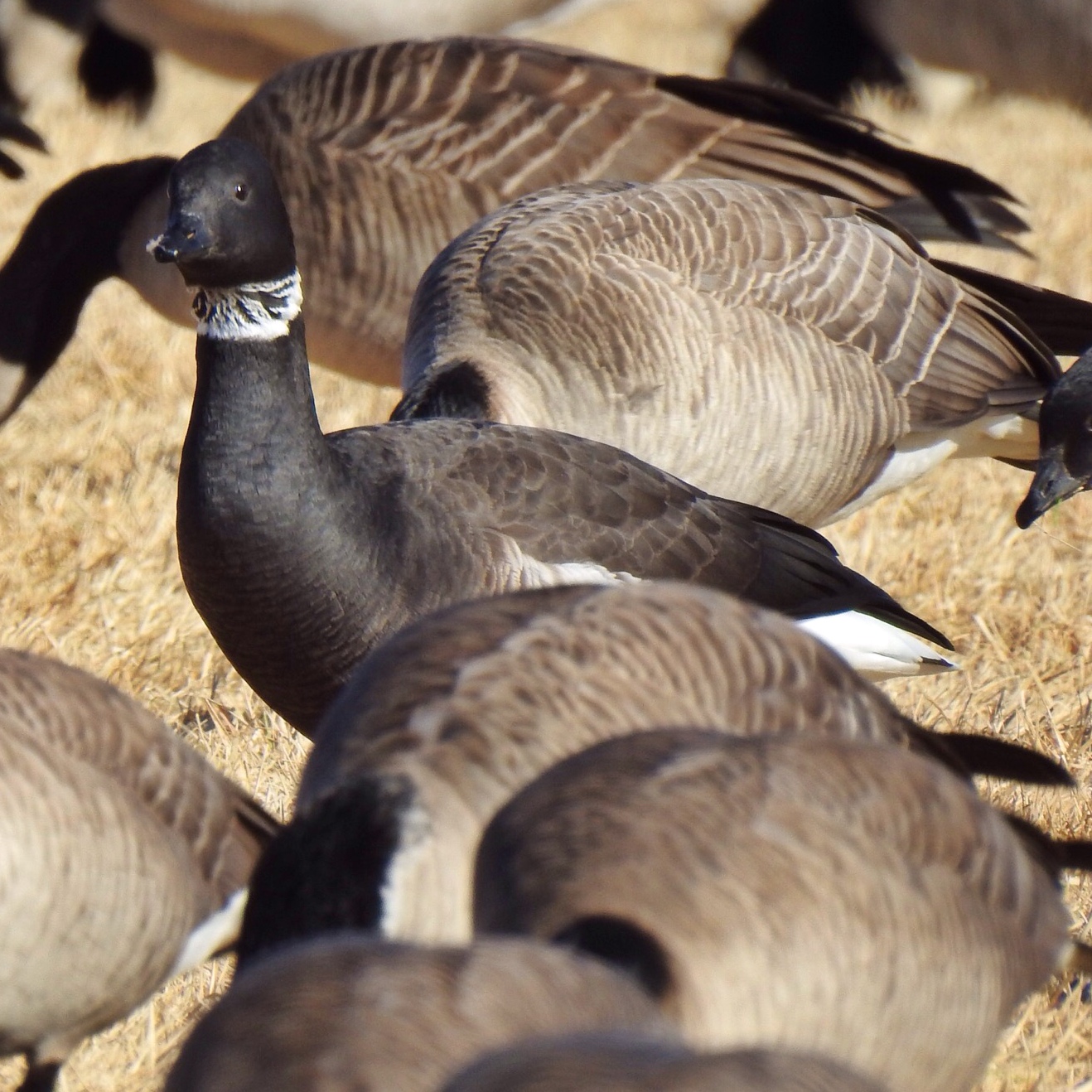 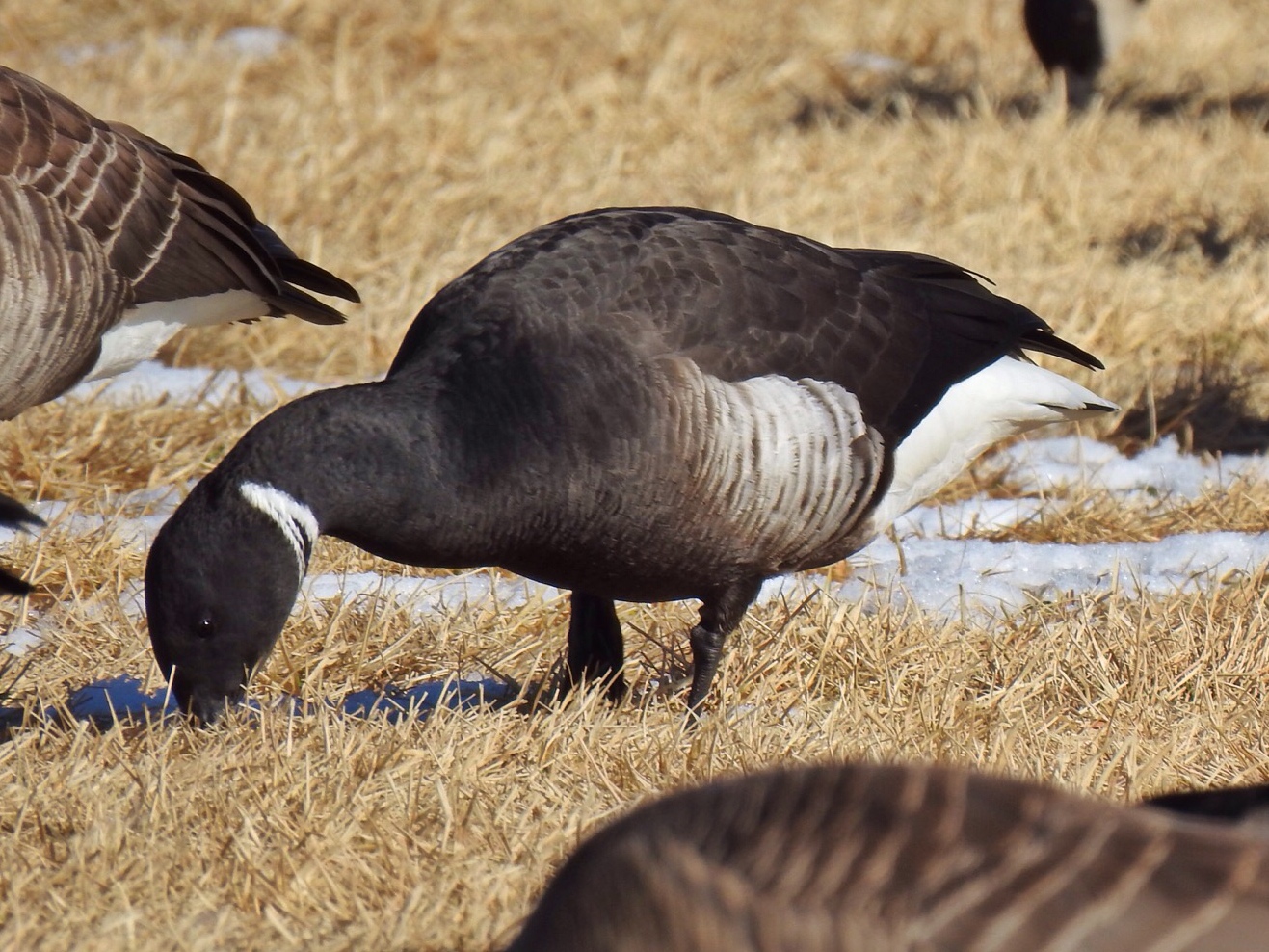 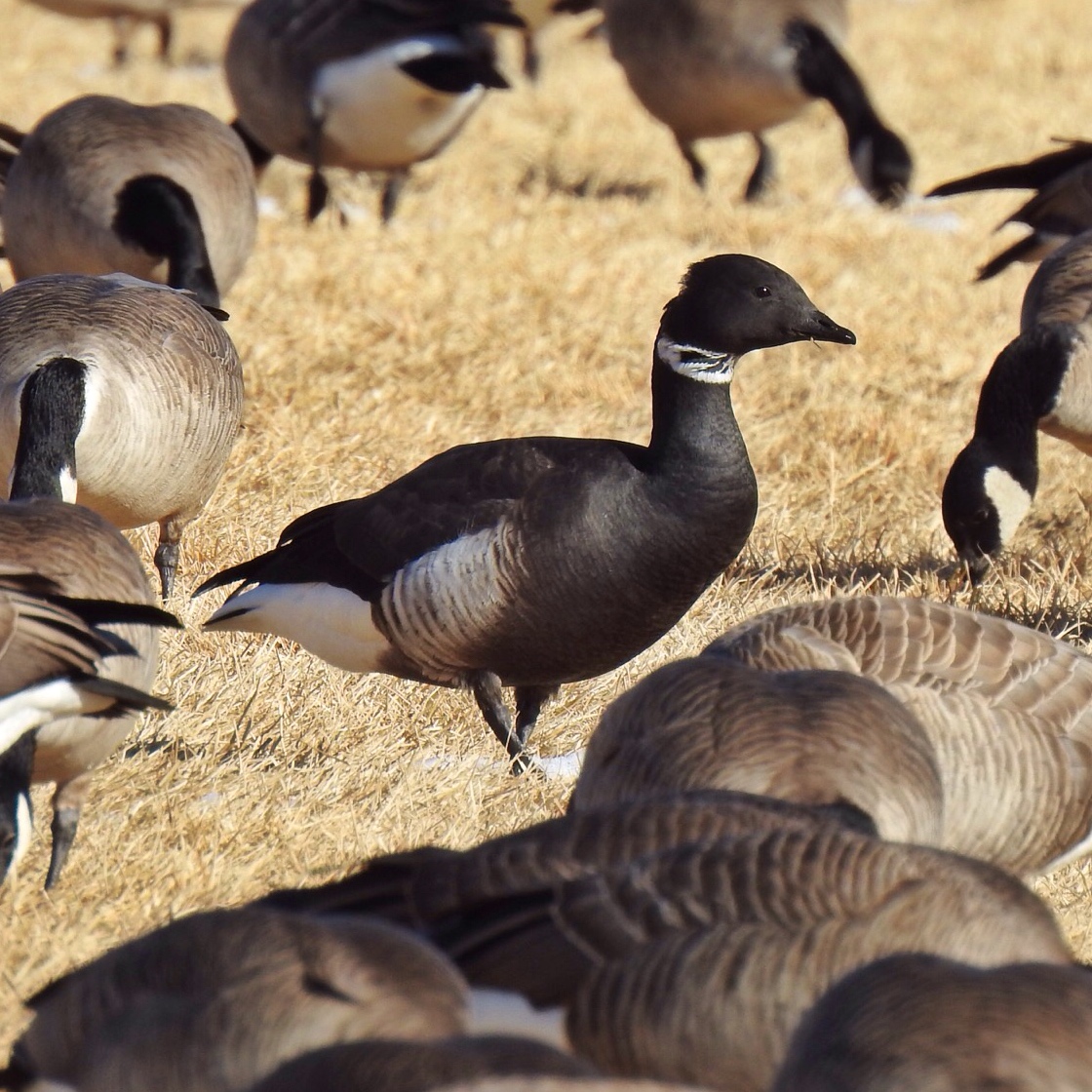 Speaking of Cackling Geese … They look exactly like Canada Geese except smaller. It would be an exercise in extreme patience to scan an entire mixed flock and try to i.d. every bird. Some, I’m convinced, can’t be differentiated. Add to that the different postures they assume and it’s a challenge. I’ve decided on this criteria for my own satisfaction: If the distance from the tip of the bill to the back of the white chin patch is longer than or about the same as the length of the neck, it’s a Cackling Goose. If it’s shorter than the neck, it’s a Canada Goose. By that criteria, these are definitely Cackling Geese. They were only marginally larger than the nearby Mallards. 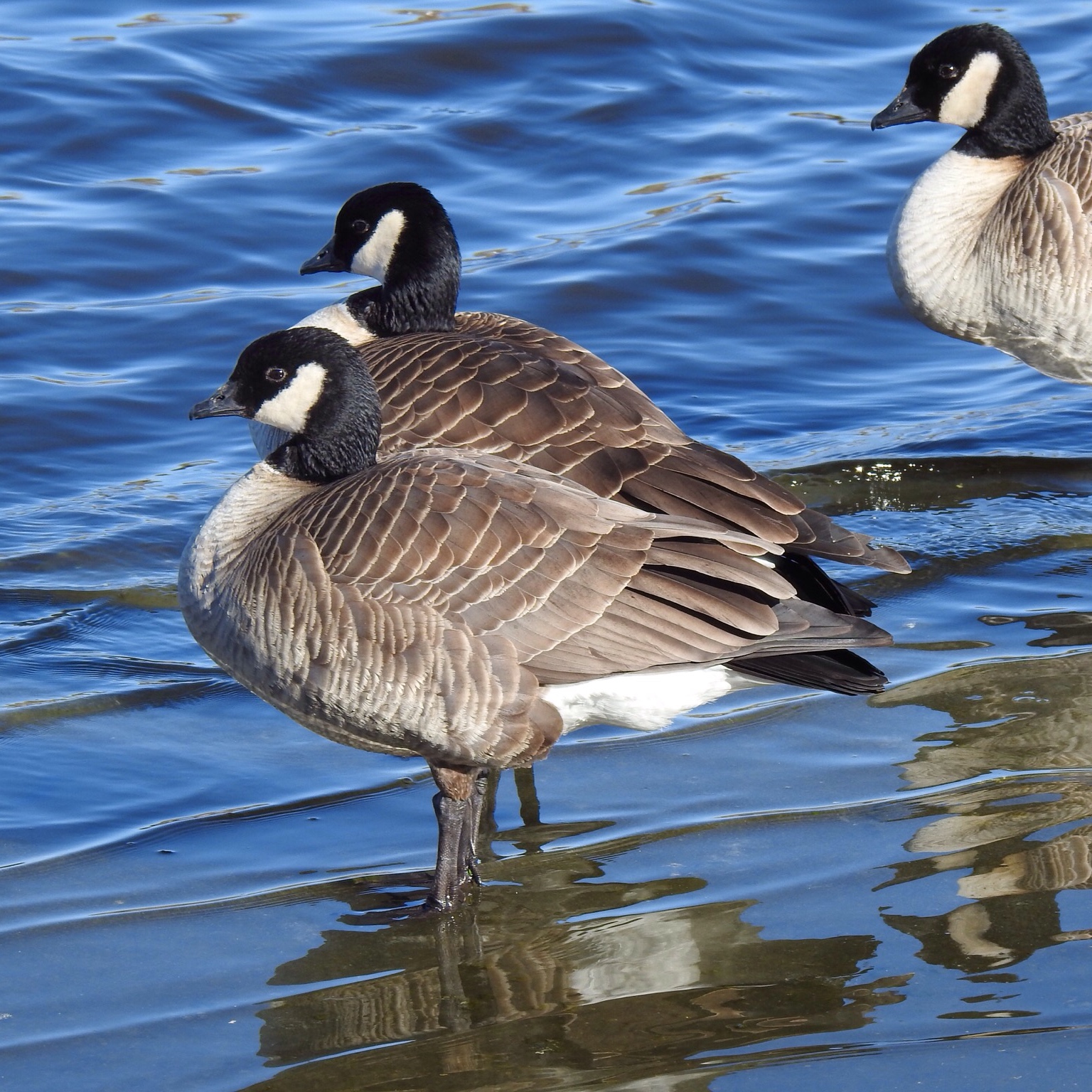 Bird #2—In between my to visits to Arbor Lake, I drove 18 miles east to the South Platte River in Thornton. Northern Pintails have been seen there in recent days, and this is an easy bird to miss in Colorado. Last year I only saw a lone female. The pintails were there, along with a lot of other ducks scattered up and down the half-mile of river I walked. 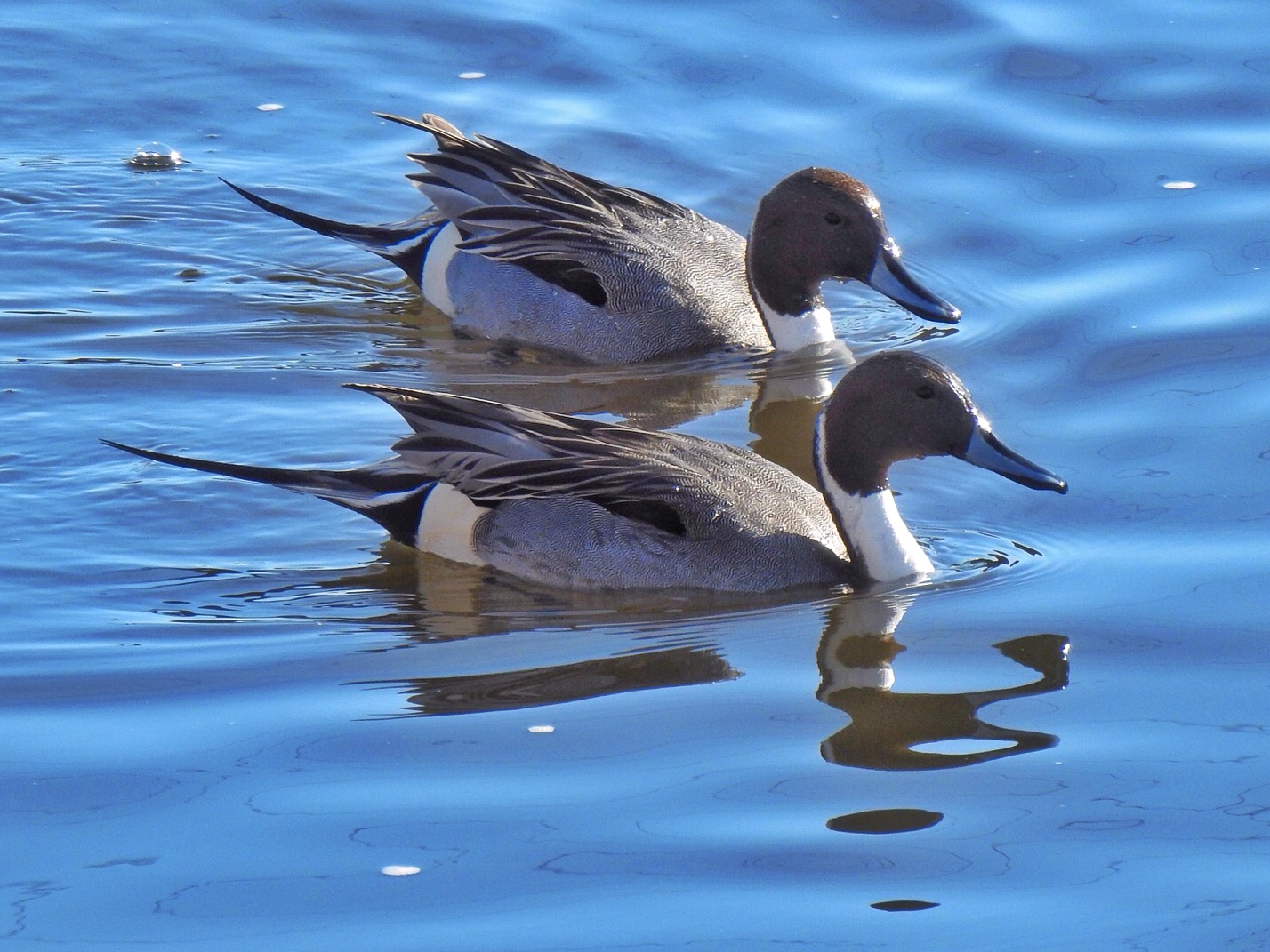 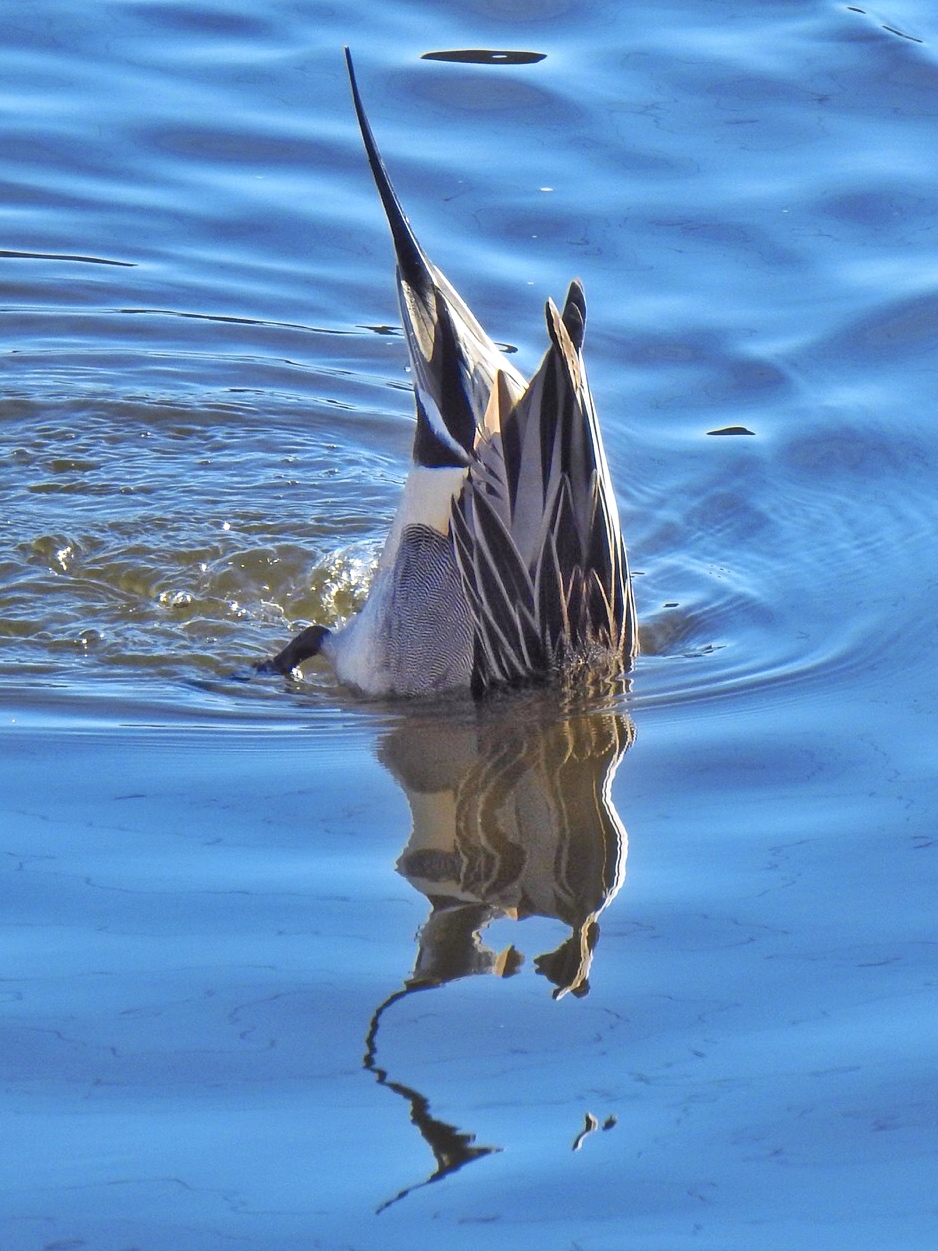 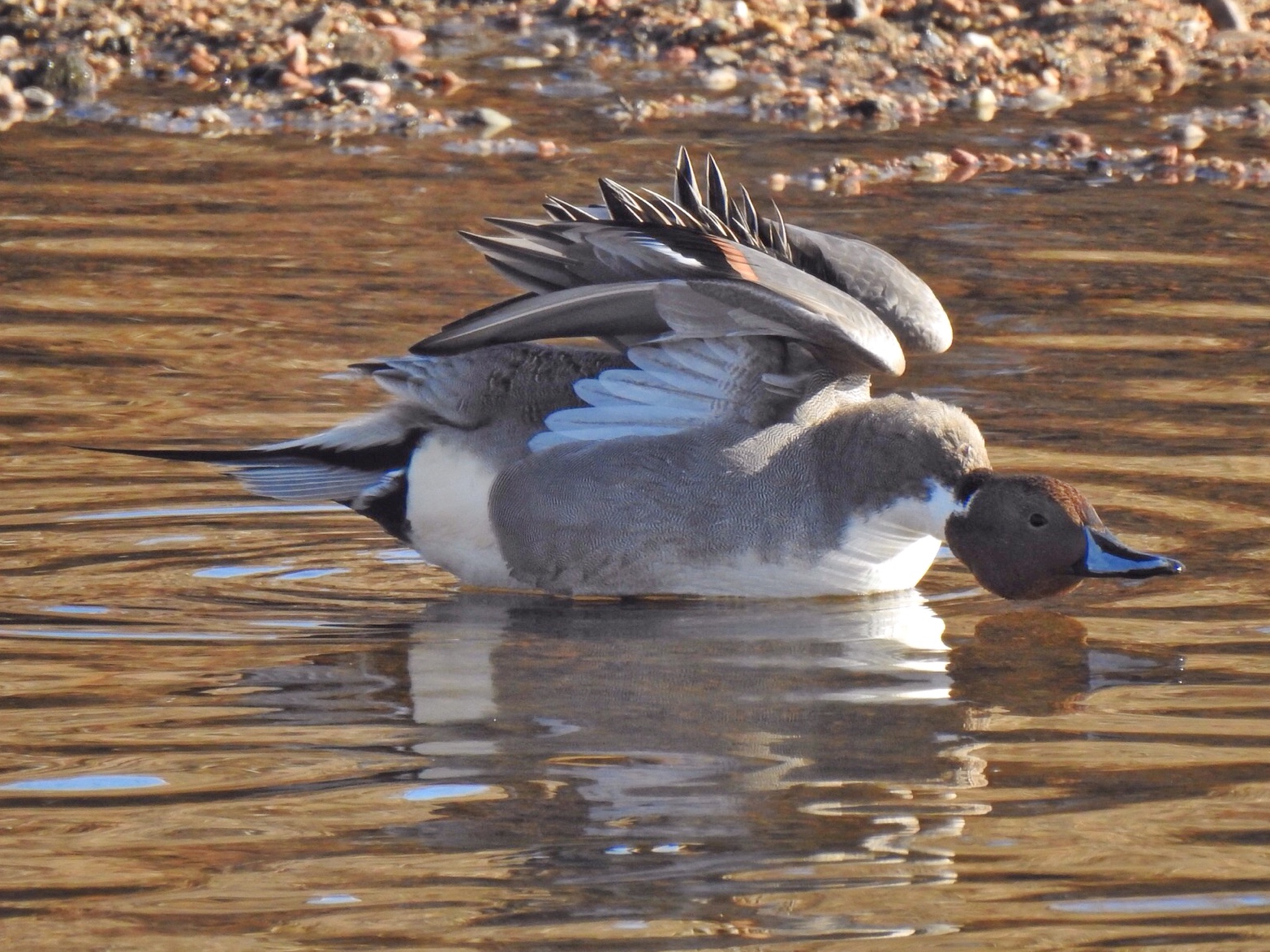 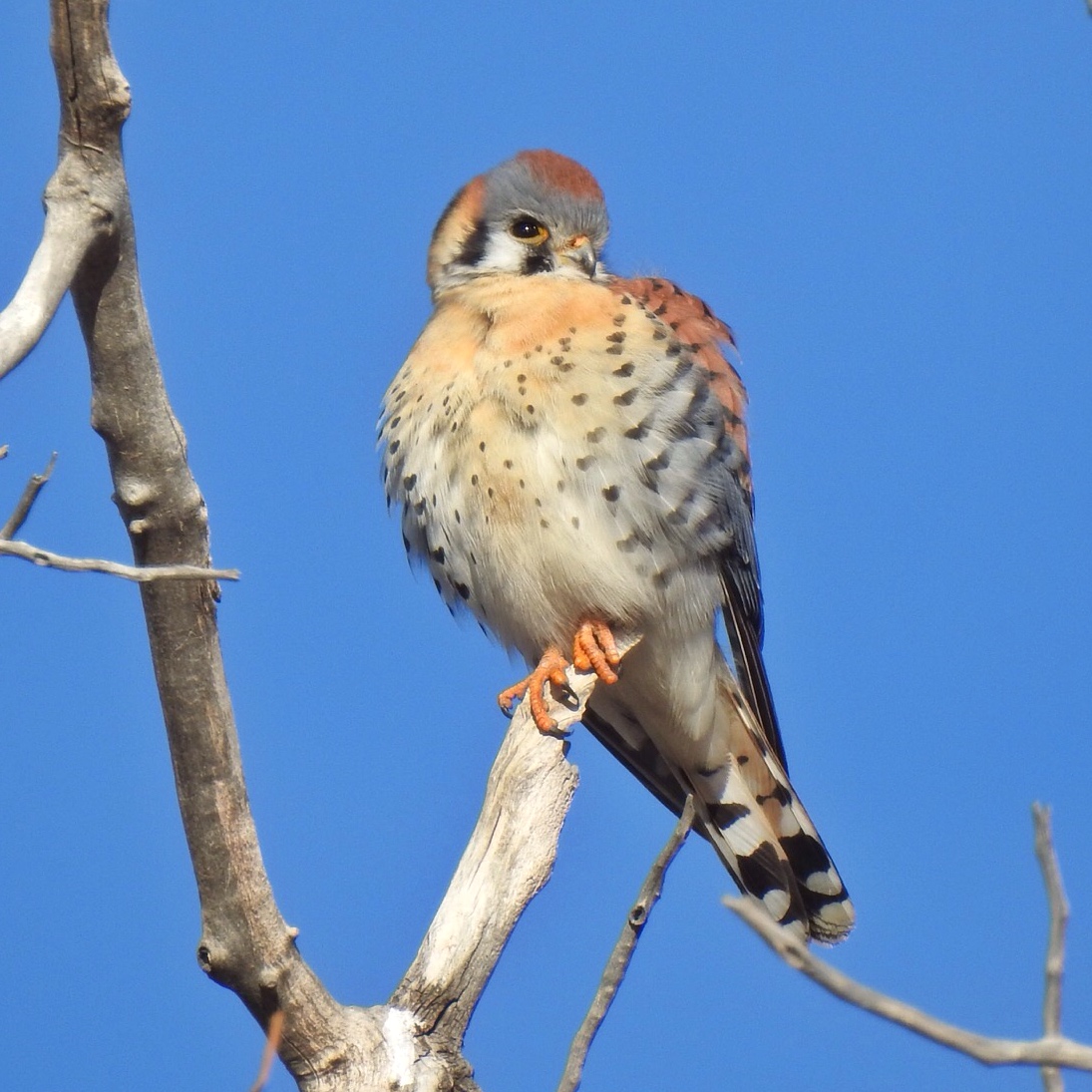 and a female Northern (red-shafted) Flicker. 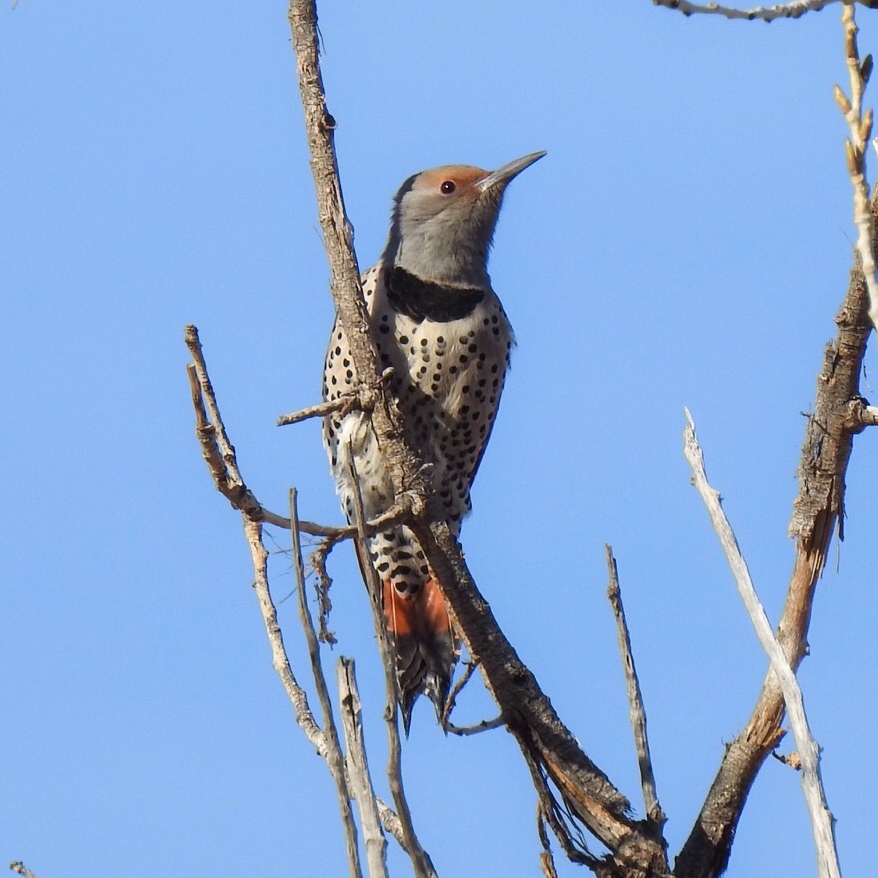 Bird #3—I fought Friday afternoon traffic to the park in Littleton where I found my lifer Eastern Screech-Owl last fall. It was a long drive in vain—the hole was empty.

Bird #4 and #5—A White-winged Scoter and a Pacific Loon have been hanging around the reservoir at Chatfield State Park for a month or so. I’ve gotten very close looks at the scoter, but only frustrating distant looks at the loon. I’m pretty sure I saw both from the Jefferson County side of the reservoir, but both were too far off to be sure of. After taking a short hike to look for bird #6, I drove around to the Douglas County side and found both birds again. They were still way off, but the light was better and I was able to confirm both, although in the case of the loon, I’d still like to see it closer. While I was driving through the park, I saw the Bald Eagle hanging out in the tree where it always hangs out.

Bird #6—American Dipper should be easy in Colorado, but I missed it last year in spite of looking for one several times. One was seen along the river below the dam yesterday, so I took a short walk to the spot but saw nothing dipperish.

Final tally, I saw four of the six birds I targeted and added a Bald Eagle for five new birds for the year, bringing my total up to 63. My list today was 33 species. To get those five birds took me 10 hours and almost 200 miles of driving. Not fun, exactly, but it was better than it would have been if I’d missed more of the birds.