Our guide to Grant’s house in Georgetown lived in Ripley. She spoke so highly of the John Rankin House, and particularly of the view of the Ohio River that we decided to drive the 13 miles south to see it.

My GPS got us to Ripley and took us through town and up a narrow lane that inclined steeply up the bluff. We turned onto another, even narrower path that led to the driveways of two houses perched precariously on the slope. A small sign pointed to a path that was overgrown and barely visible and announced it as the “path and stairs to the John Rankin House.” There was no place to park, and no evidence that anybody had gone up the path in a very long time. We quickly decided that if a climb up that hill on that path was the only way to get to the house, we weren’t going.

But then we were faced with the challenge of getting out of there. I pulled forward into a tiny driveway, then backed steeply uphill into another one and managed to extricate the car. When we got back to the bottom of the hill, I spotted a guy on a motorcycle backing out of his driveway. I pulled over and told him we were looking for the Rankin house. I told him my GPS had directed me to the path on the hill. He laughed and said, “You don’t want to go up there.” I said, “That’s why I’m down here talking to you.” He directed us through town to a road that led up the hill.

We climbed steeply and finally found the house. It sat in a clearing on the bluff and afforded tremendous views up and down the river. 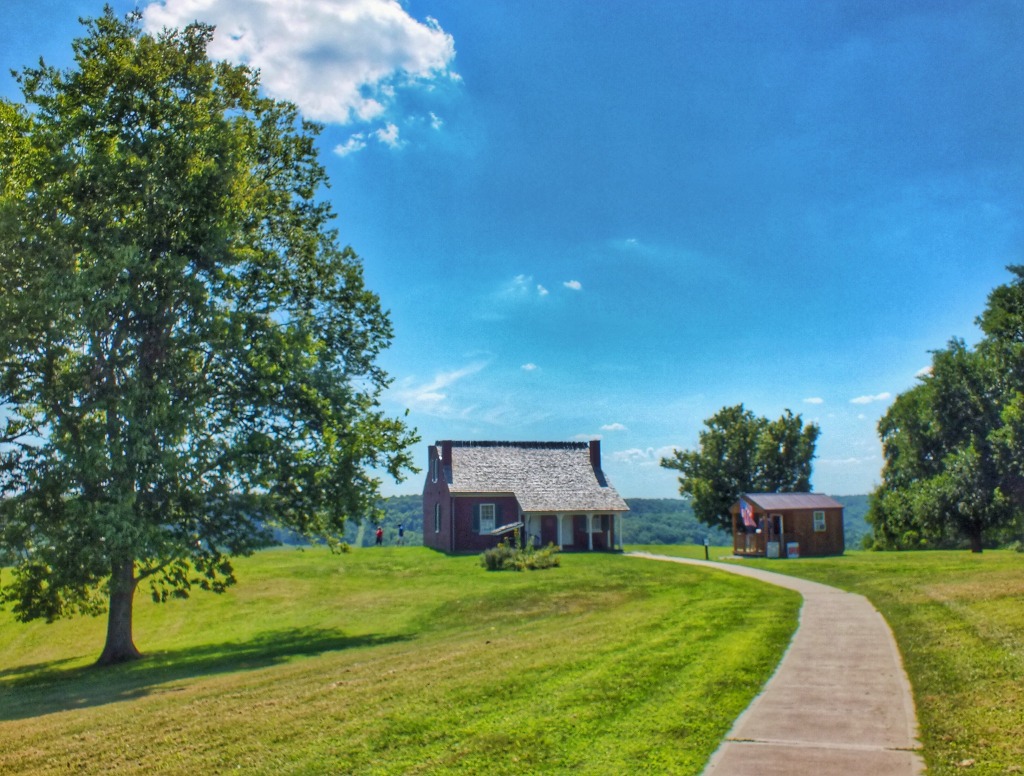 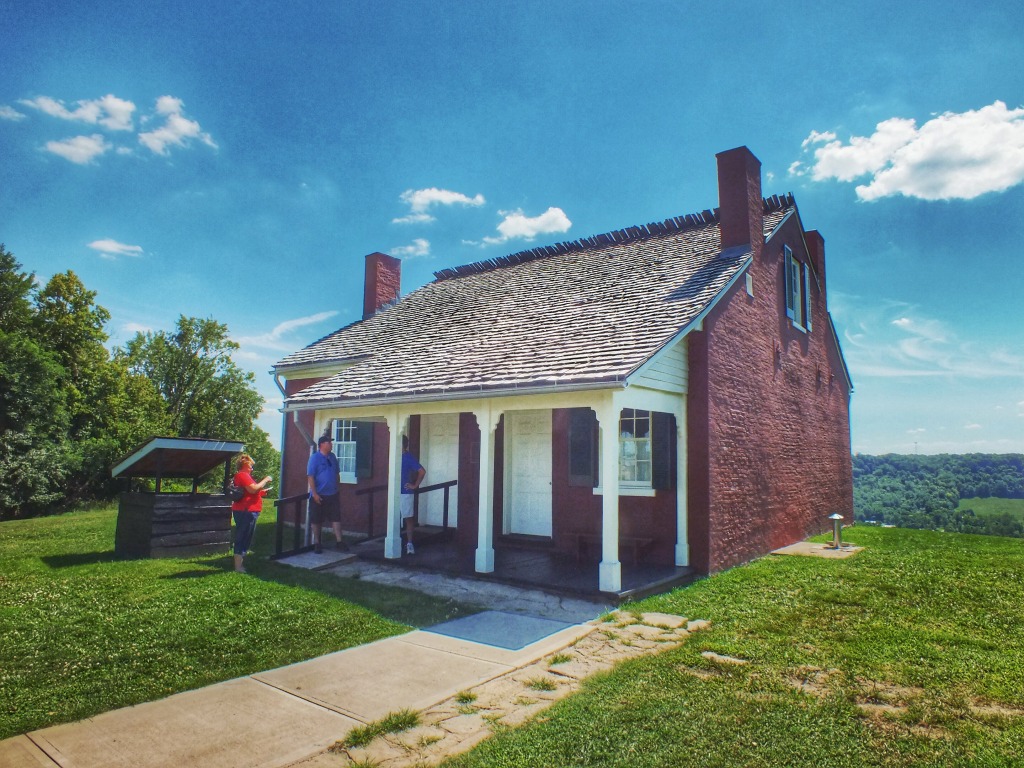 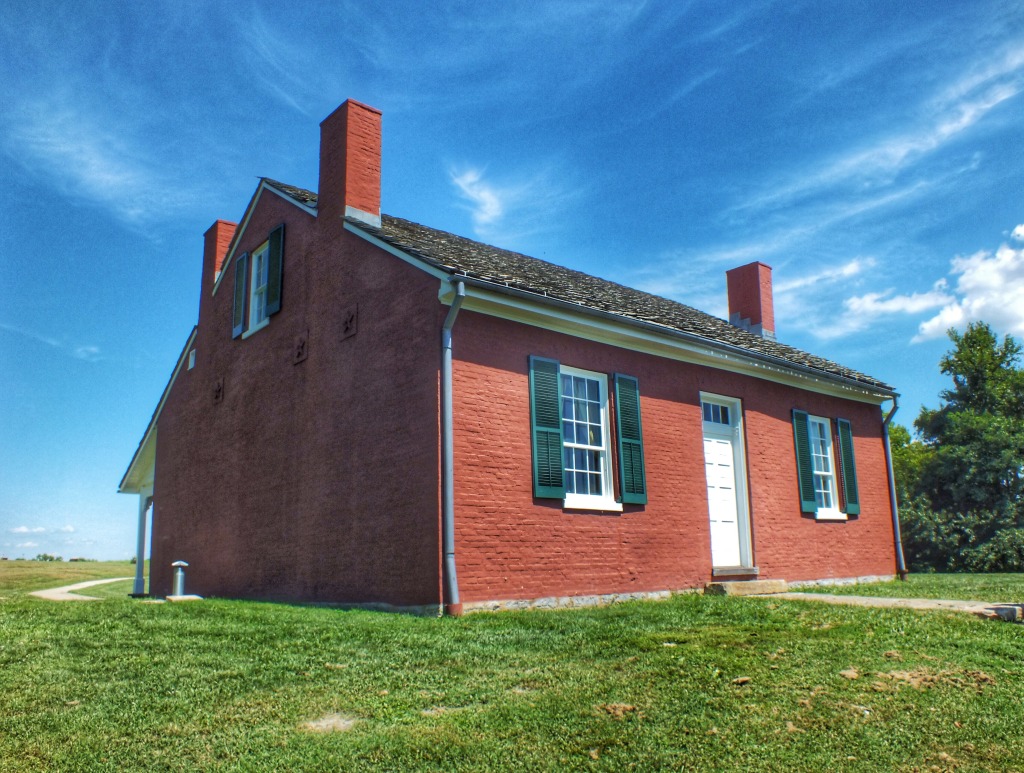 Built in 1825, the Rankin House was home to abolitionist and Presbyterian minister John Rankin, his wife Jean, and their thirteen children. Rankin said that 2,000 slaves stayed at his house on their way to freedom. Slavery was illegal in Ohio, but runaway slaves could still be apprehended due to the Fugitive Slave Law of 1850. In order to avoid danger, slaves had to leave the United States, so after meeting their immediate needs, the escapees would be escorted to a church about five miles away, the next link in the Underground Railroad.

The staircase visible in these photos was used by slaves who crossed the river to get to the sanctuary of Rankin’s house. It’s the top portion of the path we were directed to earlier down in the town. The wooden portion is new, of course, but the stone steps at the top are original. 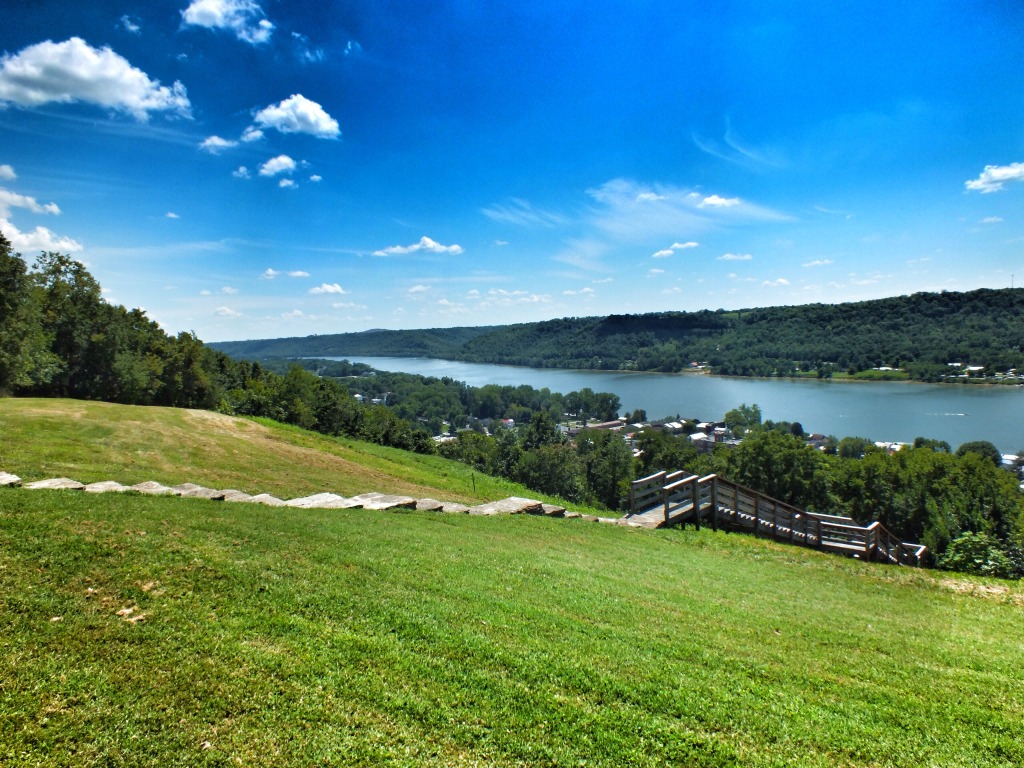 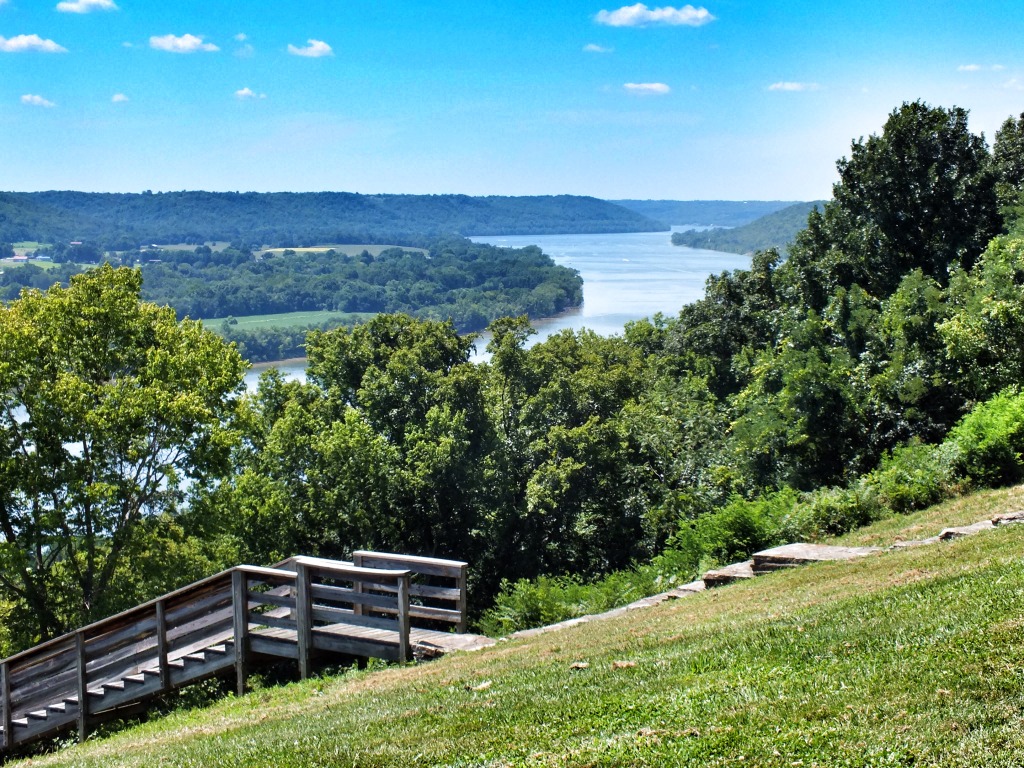 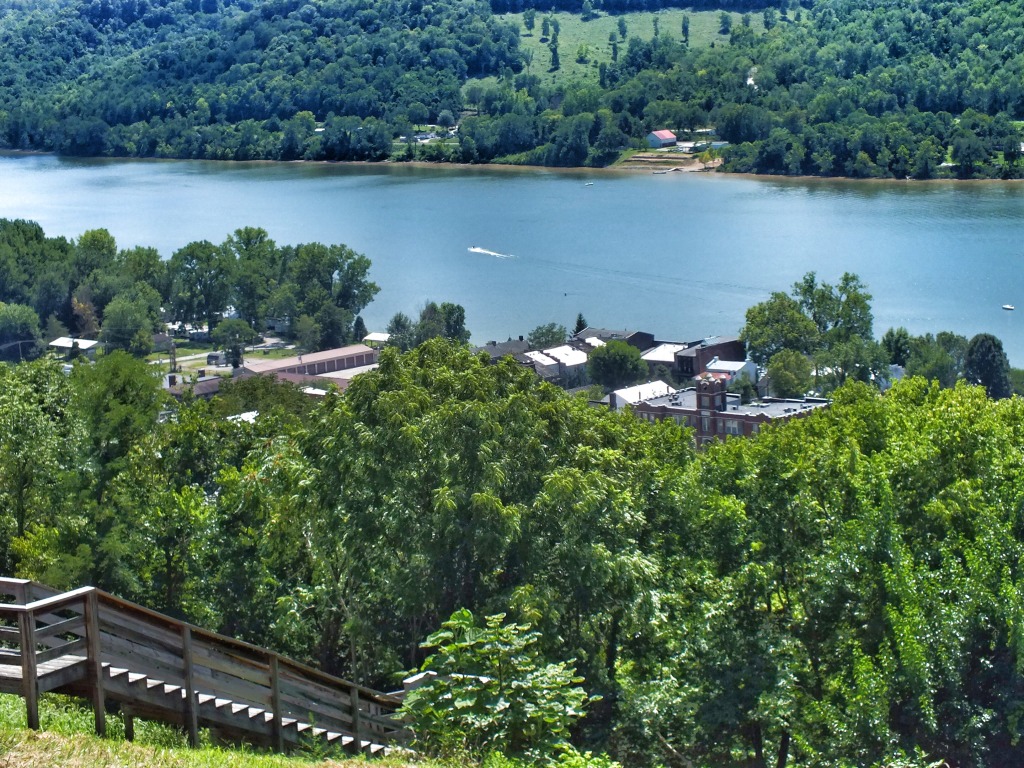 Harriet Beecher Stowe knew the Rankins. From John she heard the story of a slave woman who crossed the river on the ice with a child in her arms. She had to leave two children behind. Years later, when she’d earned enough money to buy them out of slavery, she could only find one of them. On her path across the frozen river, the woman fell through twice, and then ran into a slave catcher who was patrolling the Ohio shore hoping to cash in on the bounty for recovered slaves. After watching her trip across the river, he was struck with a burst of mercy and allowed her to continue. She spent some time in Rankins’ parlor before being escorted further inland. Stowe later wrote a fictionalized version of the account into her book Uncle Tom’s Cabin. 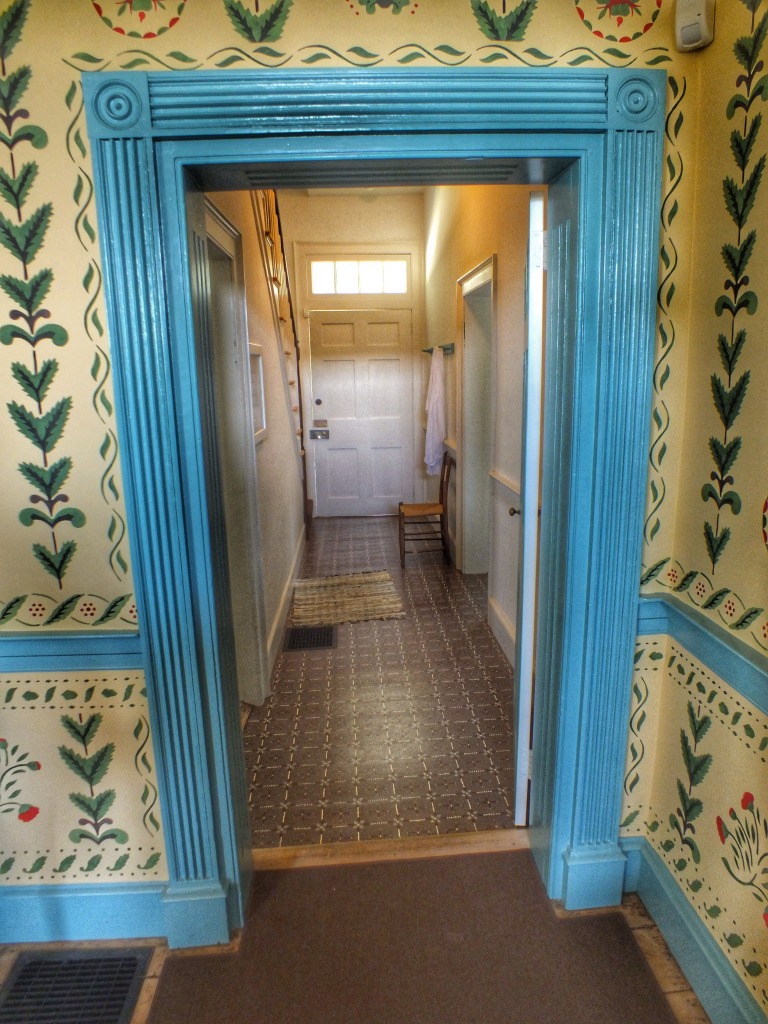 There were also two bedrooms and a dining room on the first floor of the house and two bedrooms upstairs. With 15 people living in the house, there would have to be a lot of beds and bed-sharing.

Our guide was earnest and informed and made his information enjoyable. We shared the tour with another couple. When we first walked up, the guy was saying something sarcastic to the guide. His wife said, “Pay no attention to him. He’s a jerk.” The guy spent the tour subtly proving her correct. 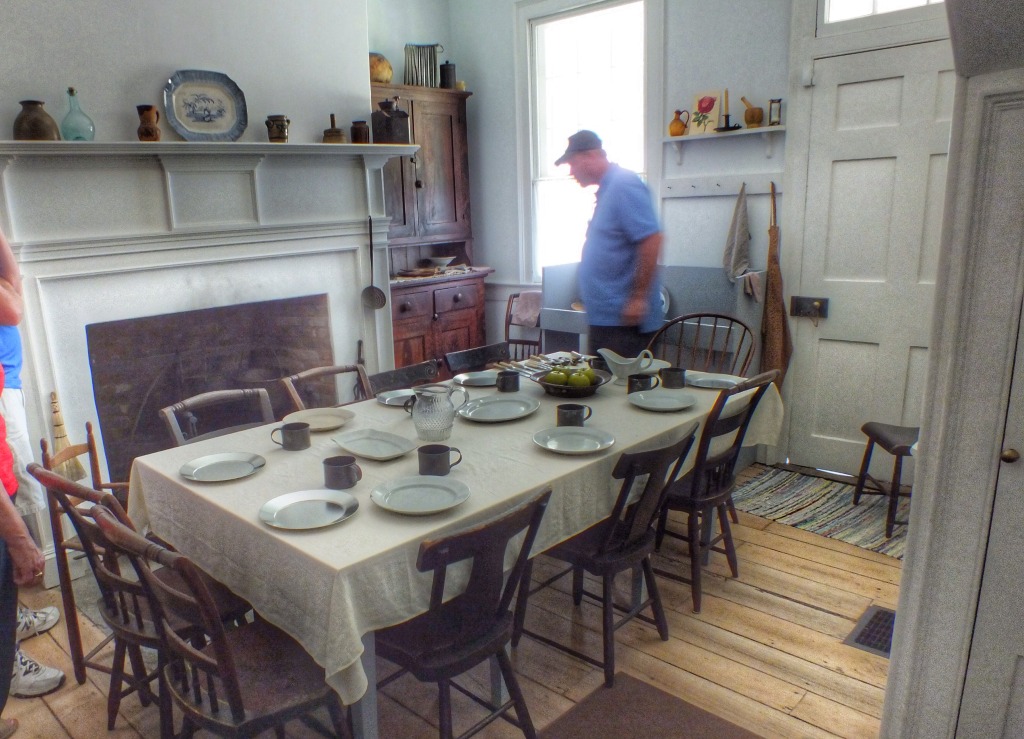 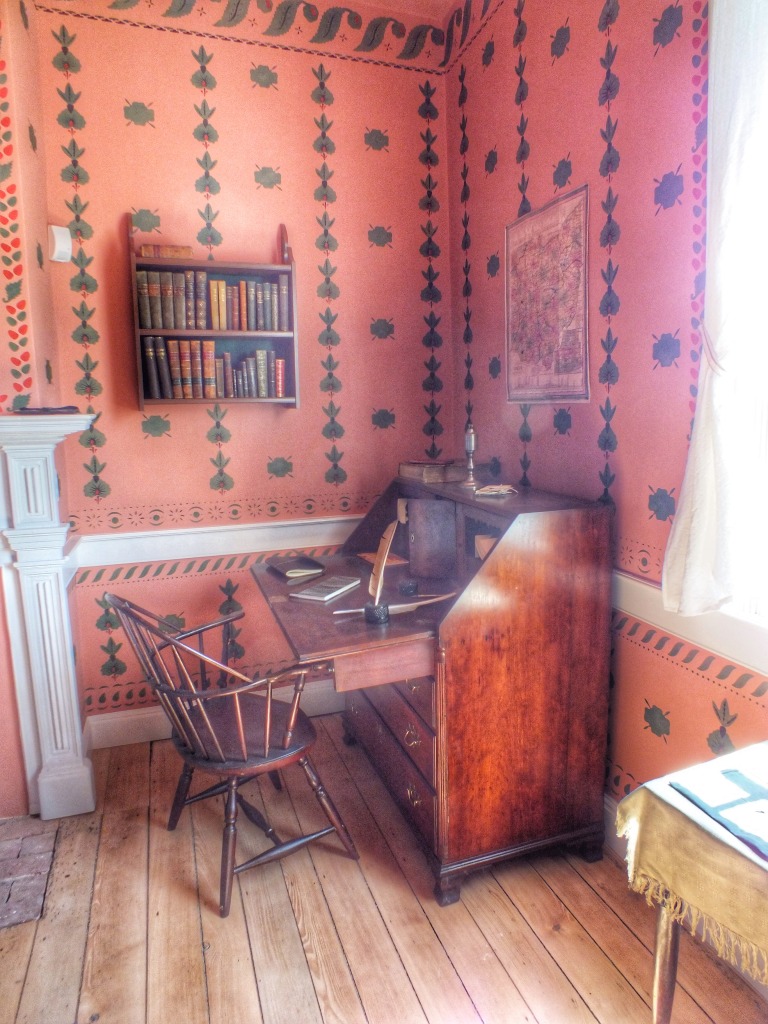 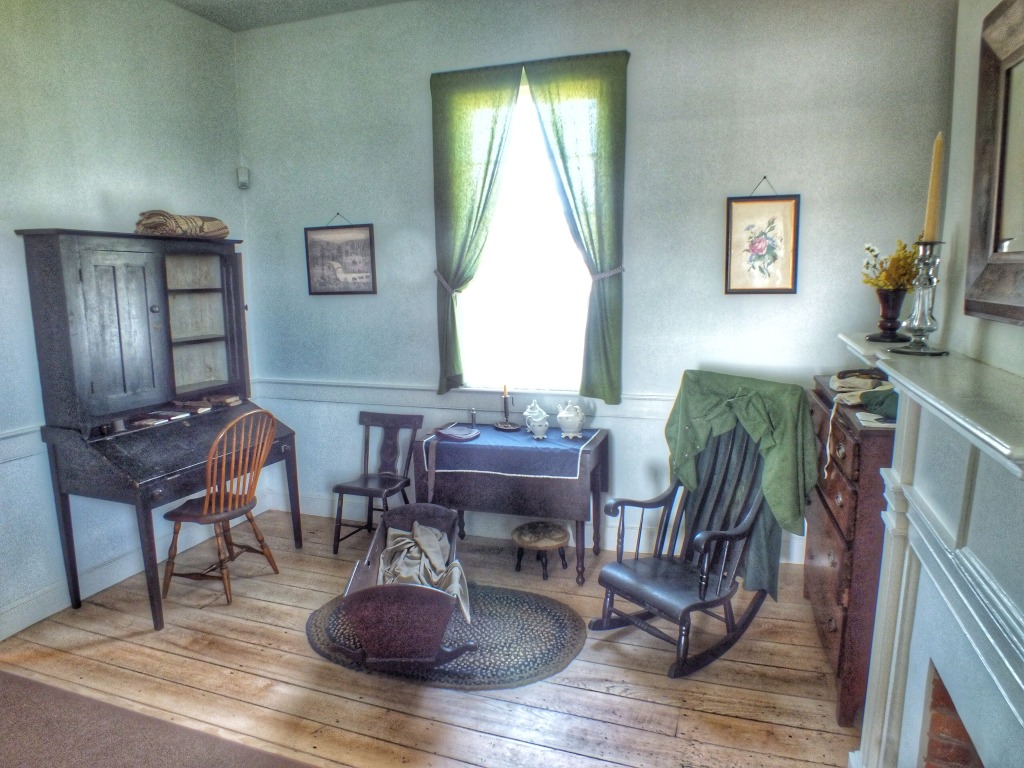 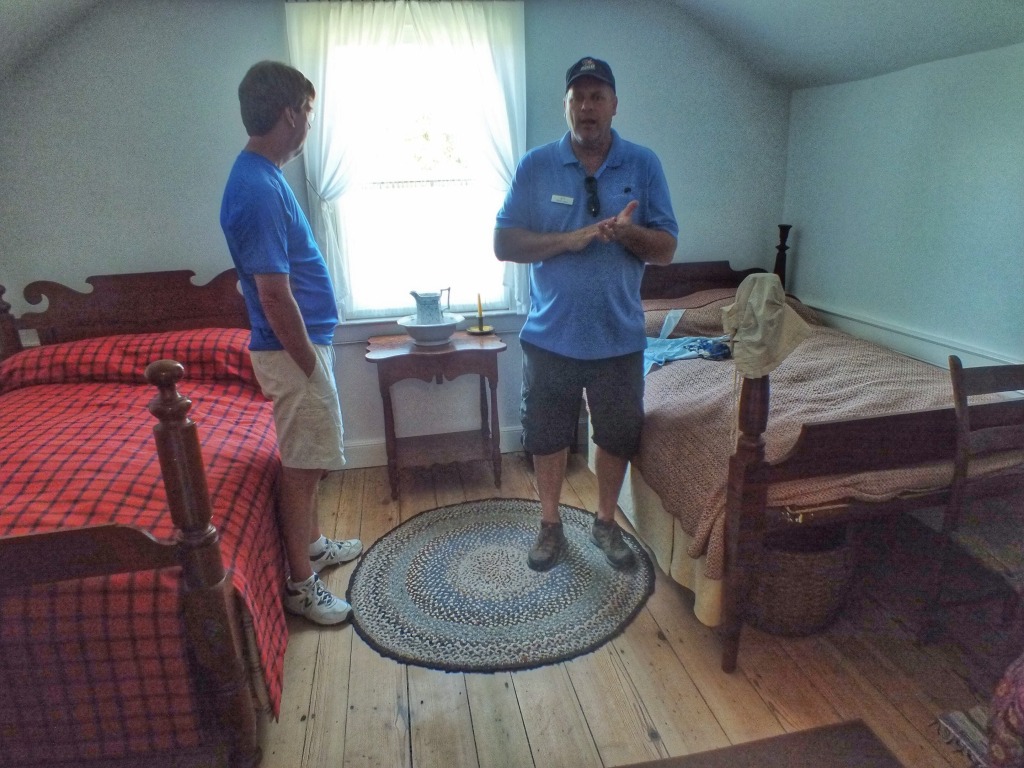 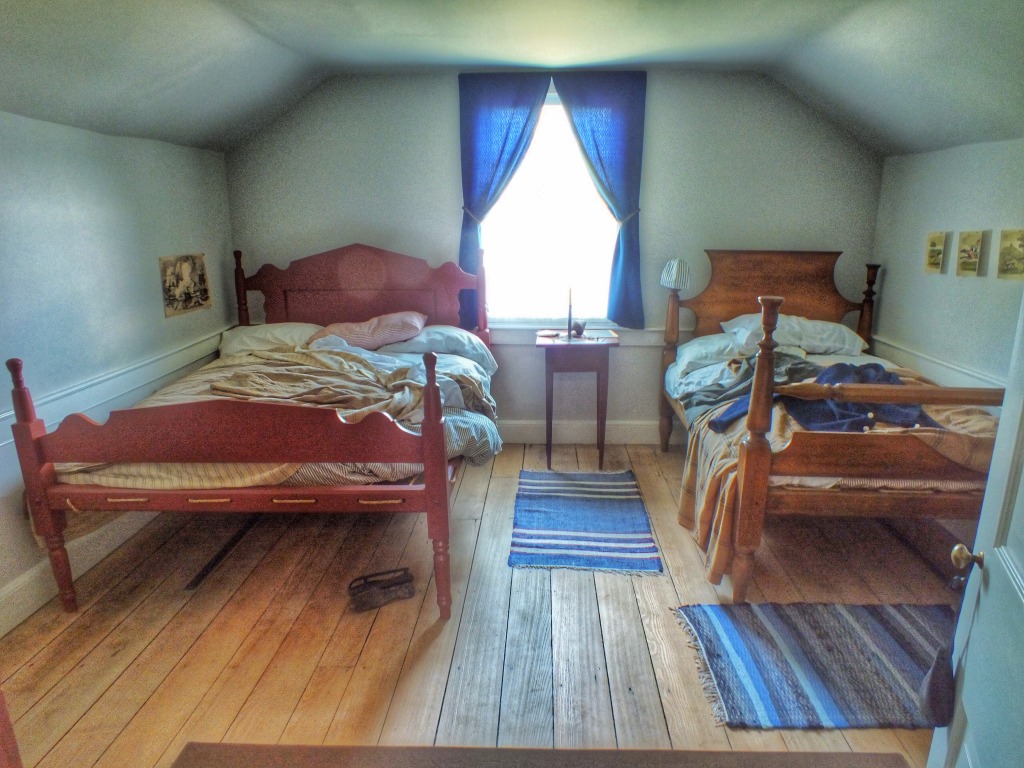 There were a lot of abolitionists in and around Ripley, but there were also many who were pro-slavery and didn’t care for the Rankins. The house and family were attacked at least once. Shots were fired on both sides but nobody was killed. 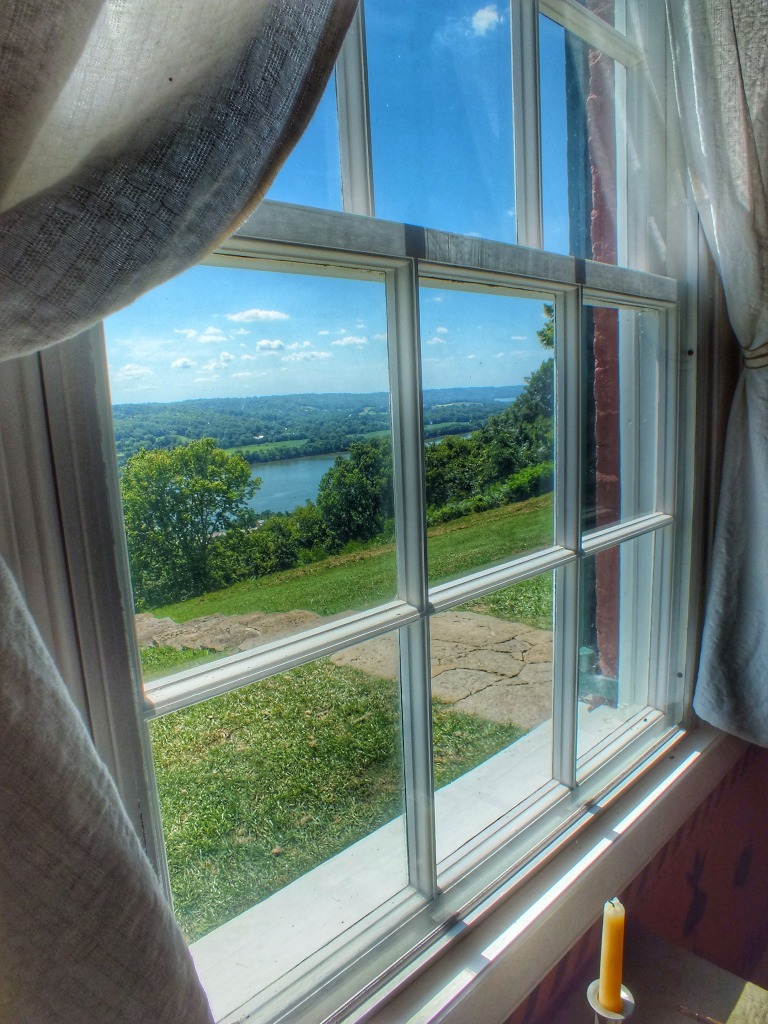 Here’s the house as seen from the banks of the Ohio River in Ripley. That’s the hill we would have had to have climbed if we listened to our GPS. 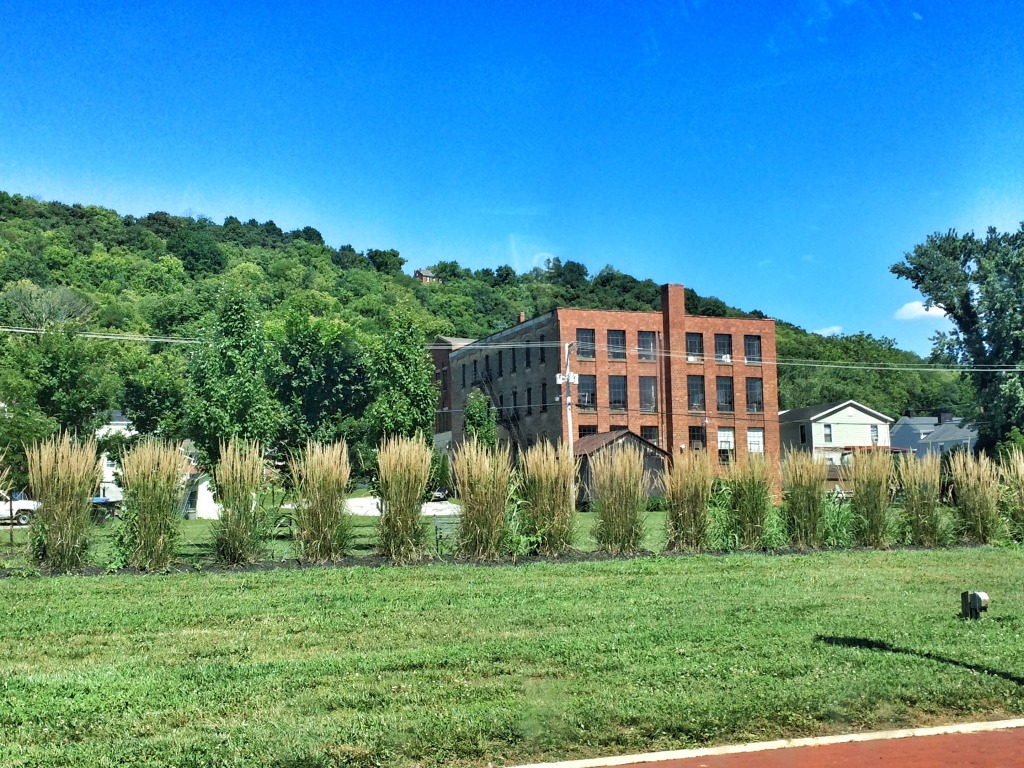 We drove over to see the church to which the Rankins escorted the slaves. 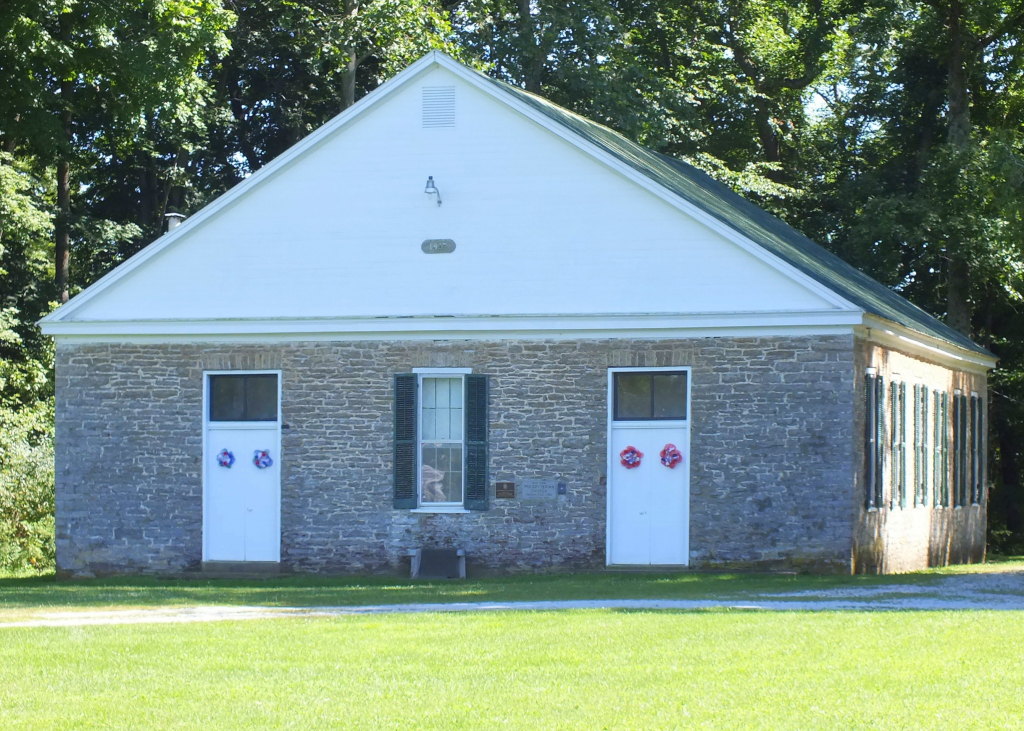 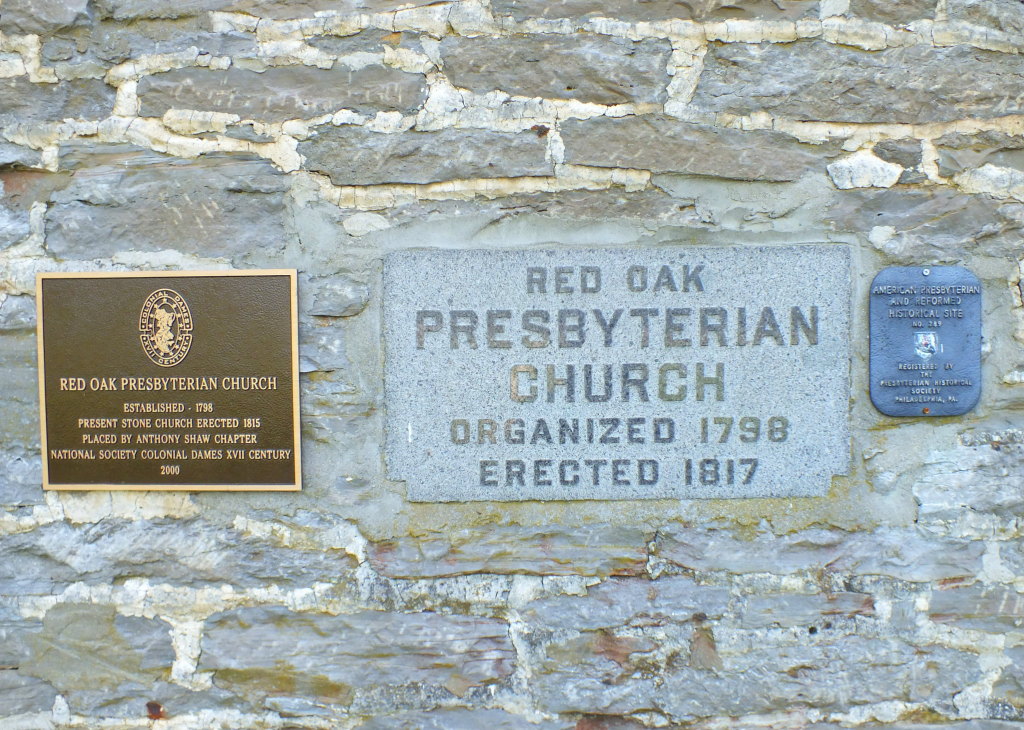 The church cemetery is also the final resting place of Aunt Jemima, of syrup fame. 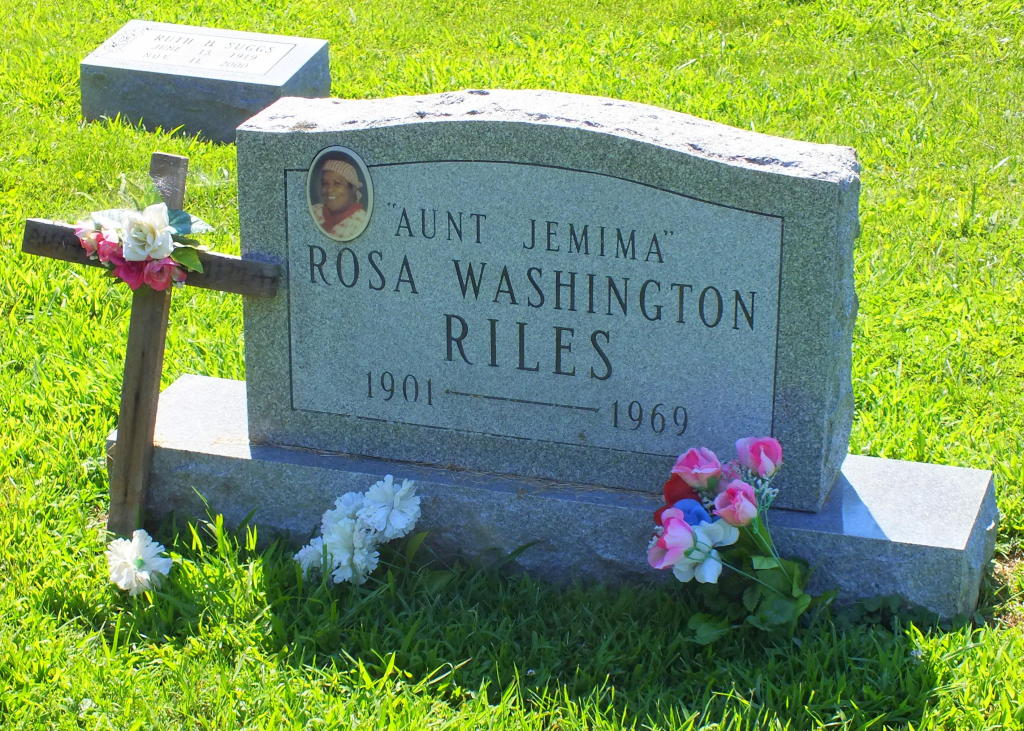