We’ve wanted to go to Red Rocks Amphitheatre ever since we moved to Colorado almost three years ago. But we were waiting for a performer that at least one of us actually wanted to see. Josh Groban fit that description exactly.

On the way, I predicted that the audience would be made up mostly of women in their 50’s. I was right.

A friend who’s been to Red Rocks on several occasions recommended that we park in the northern lot. I drove around that way, only to be directed to a slow-moving line of cars that wound through the entire park to the southernmost lot. We had a long walk to the arena—probably about half a mile, all of it steeply uphill.

After we found our seats, I had time to climb to the very top of the arena and buy a bottled water. For some reason, the woman in the concession stand wouldn’t give me the top to my bottle, so I had to protect it all night to keep it from tipping. I saw other people with exactly the same brand of water, complete with caps, so I remain confused.

It was hot as we walked from the car, but once the sun went down the weather could not have been better—around 70°, clear sky, mild breeze. There were very few empty seats, but one of them was next to my wife, so we were able to spread out a little. The “seats” are wooden slats attached to the front of stone steps. By the end of the night, I had numb-butt.

The venue was visually stunning, with towering cliffs on all sides, the lights on the stage, the crowd, and the lights of Denver in the distance. I took this photo when I walked up to the top to get my water. 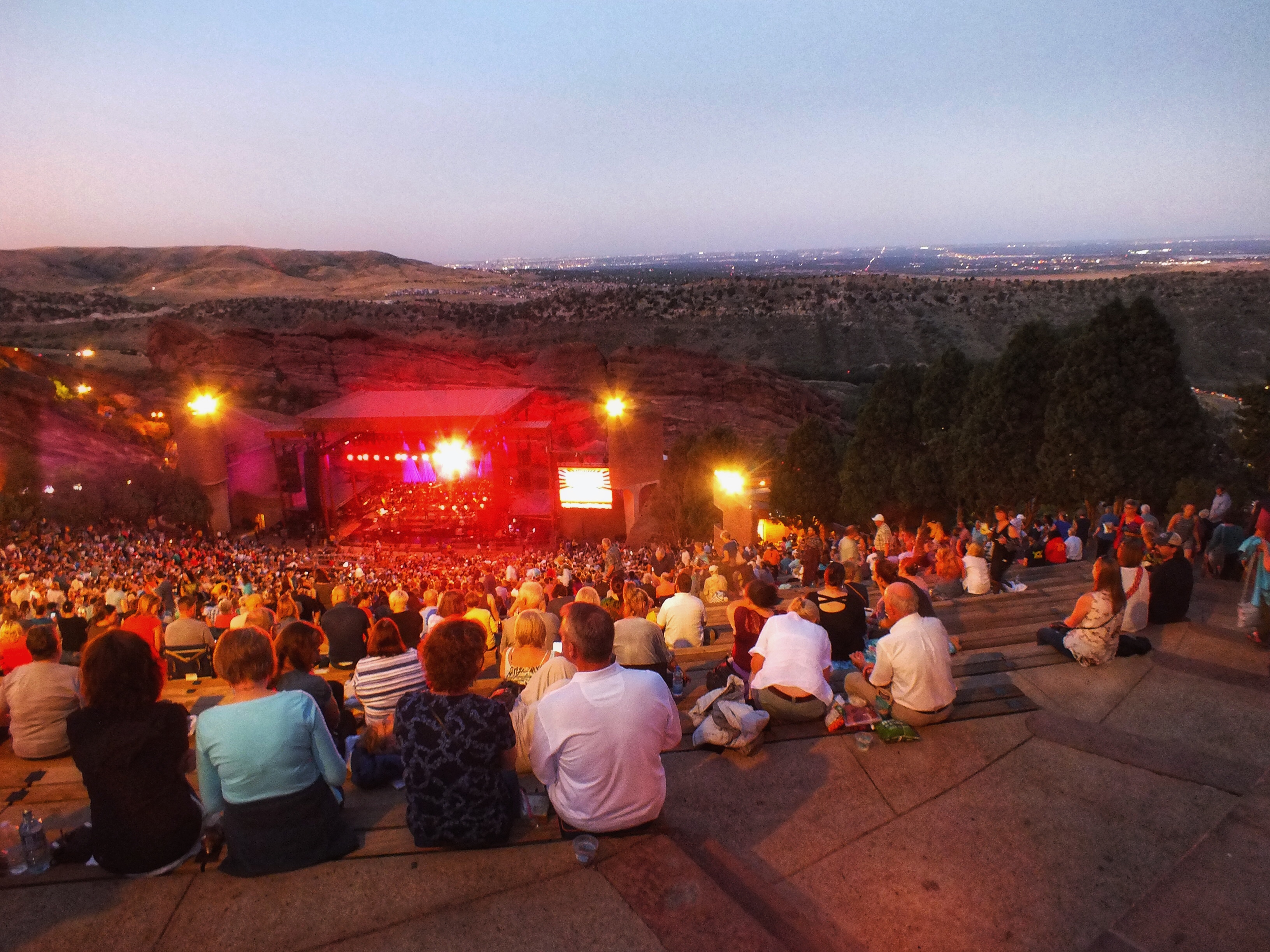 The concert was scheduled to begin at 8:00, but Groban didn’t come out until almost 9:00. For part of that hour, the Colorado Symphony Orchestra performed. 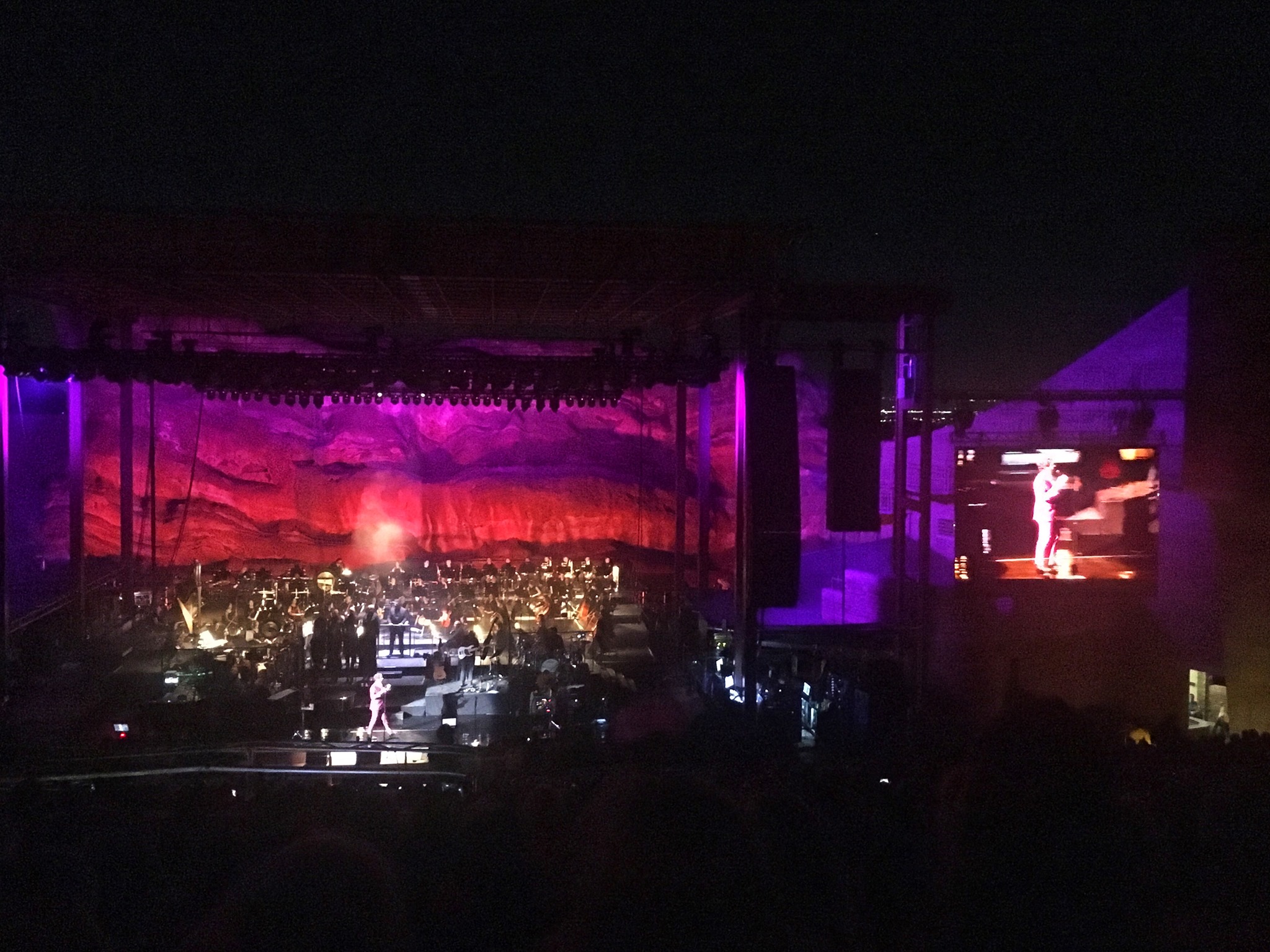 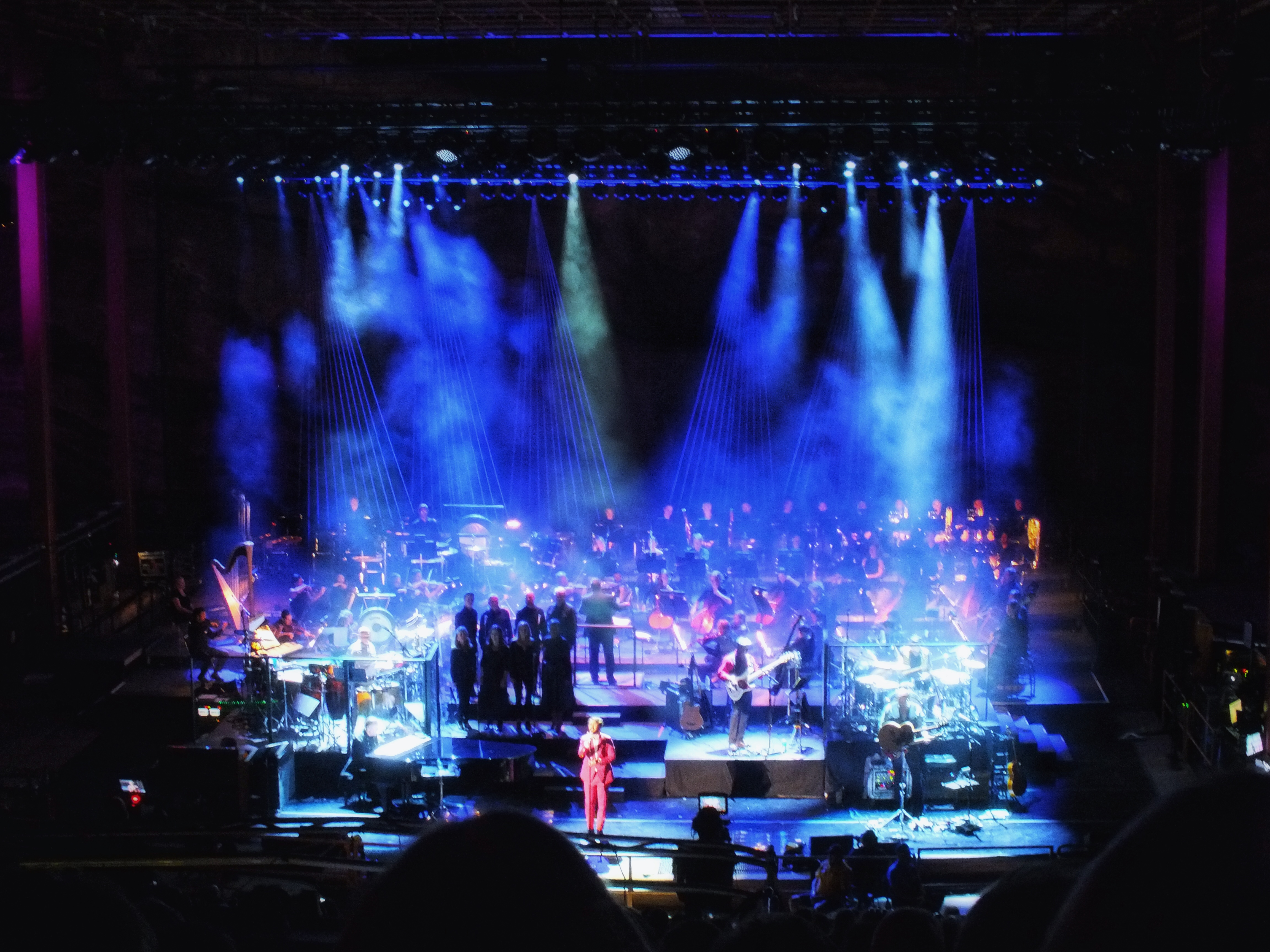 Josh Groban sang perhaps 15 songs, maybe 6 of which I’d heard before. There were a lot of show tunes and three or four in another language. I enjoyed myself, but He’s not really my dish of tea. Between songs, Groban gave some of his personal story and cracked some jokes. I liked him better when he sang. 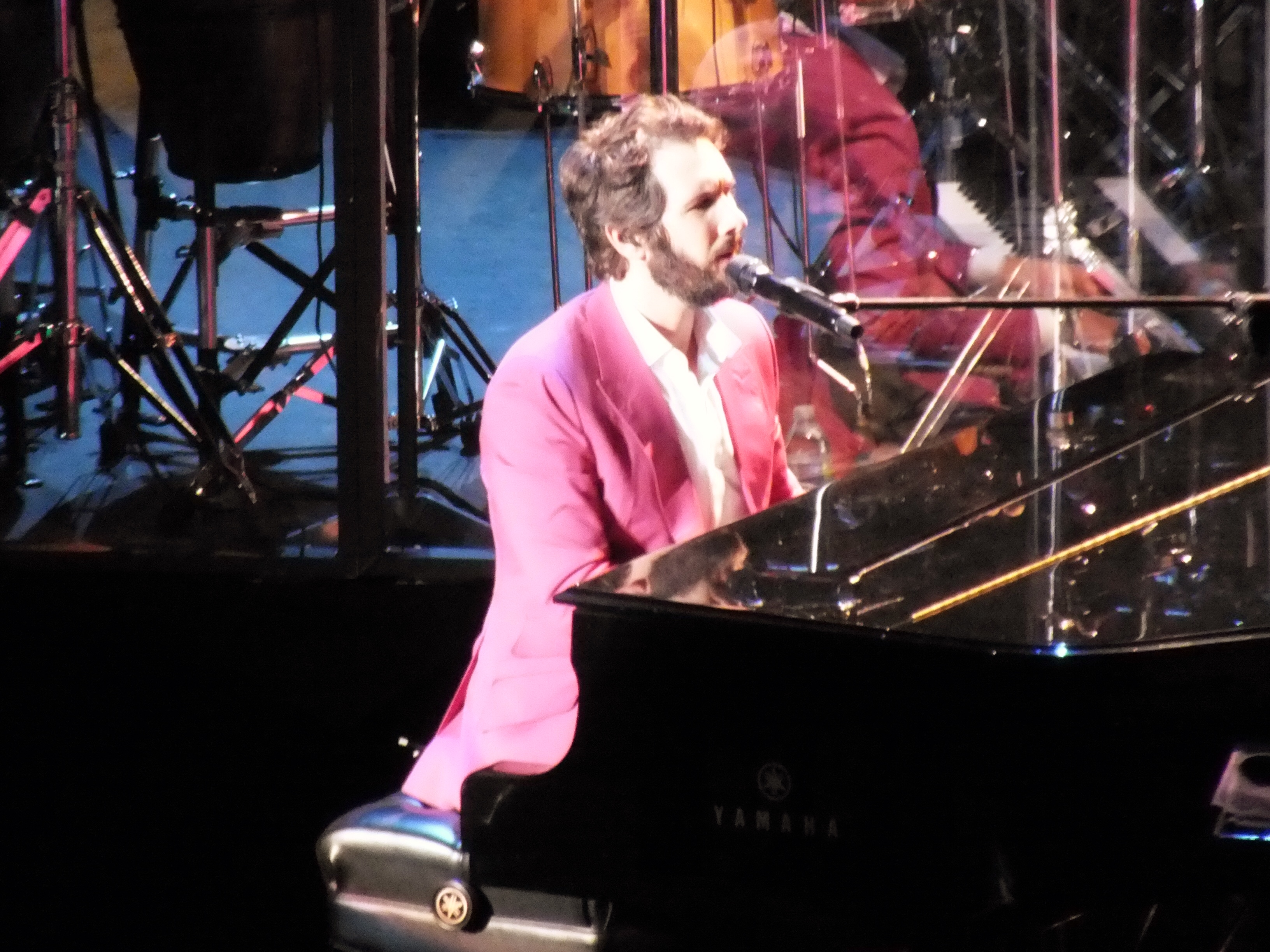 The concert ended around 11:00. We got out of the arena, out of the parking lot, and onto the highway much quicker than I’d expected to, but with construction on I-25, we didn’t get home until almost 1:00 am.