I booked rides on the Leadville Railroad at 10:00 am on Saturday. The town was about 20 minutes from our B&B. We were able to board right when we arrived, and we sat in an open car that had a roof to keep us out of the sun. 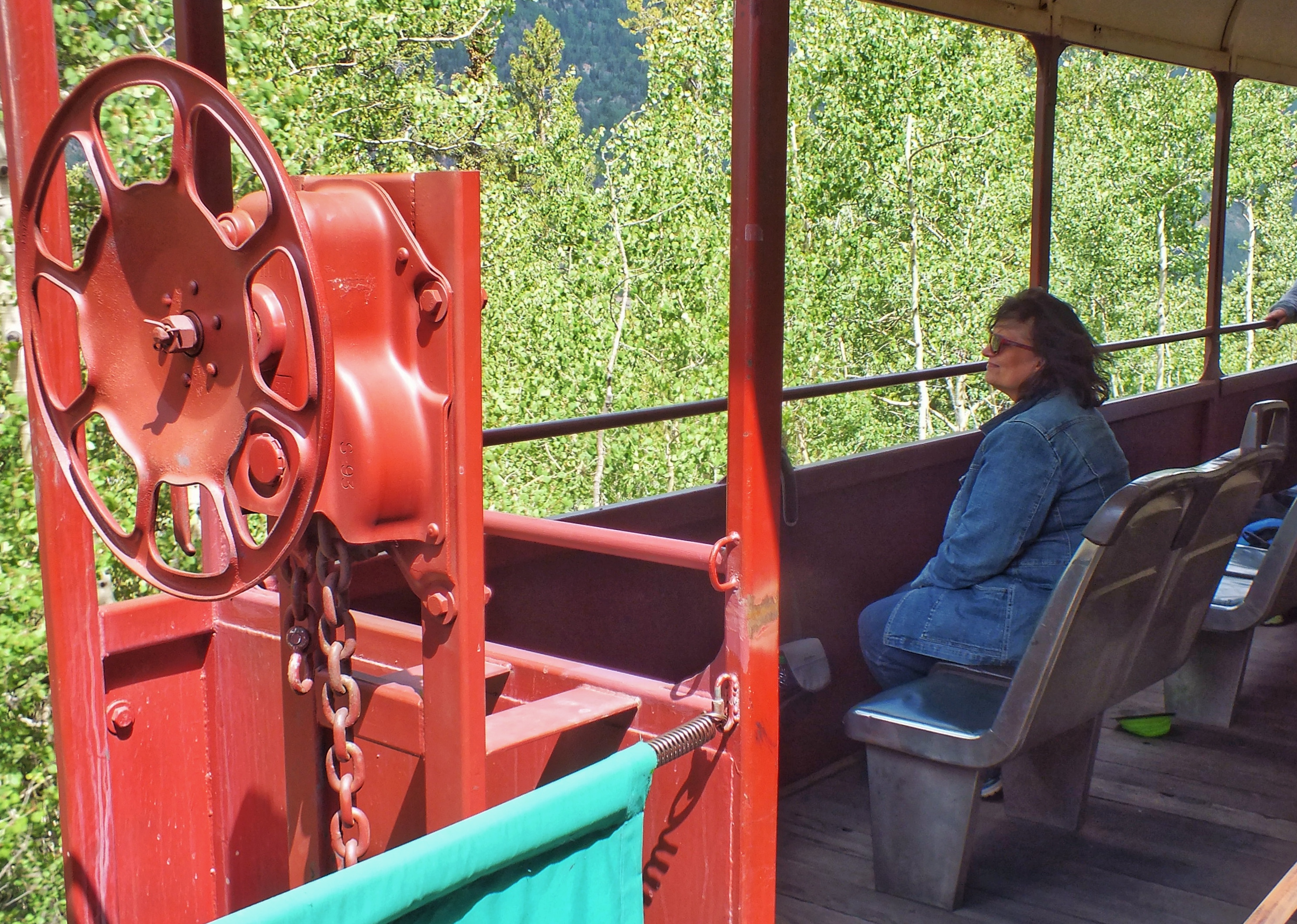 The ride went several miles up the Arkansas River Valley, then backed up and returned the way it came. A convention of people who owned Bernese mountain dogs were on the train with their dogs. The owners were enjoying themselves, but I didn’t see much evidence that the dogs were thrilled. 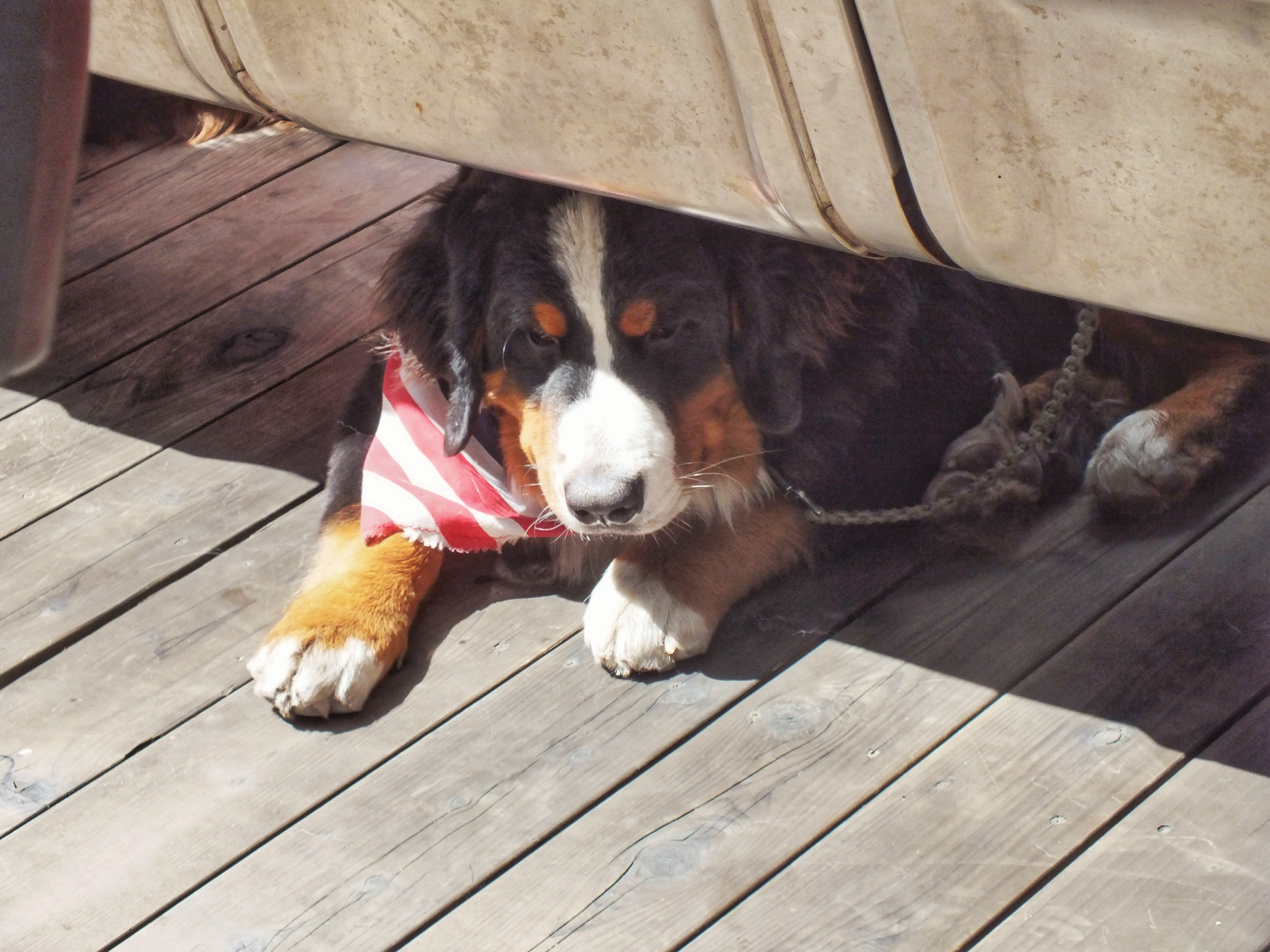 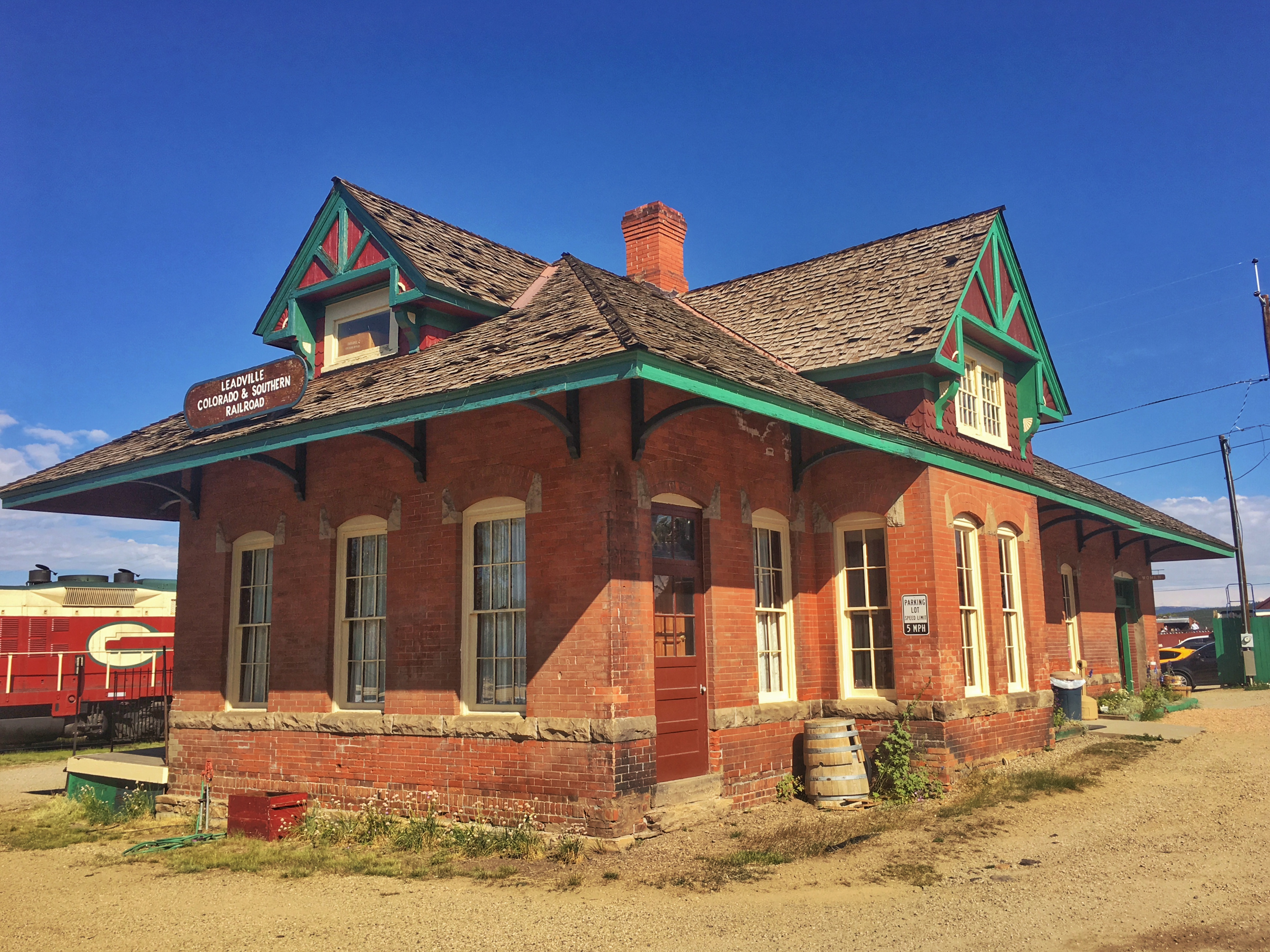 That’s the old freight station in the background. The brick building in the left distance used to be a hospital. 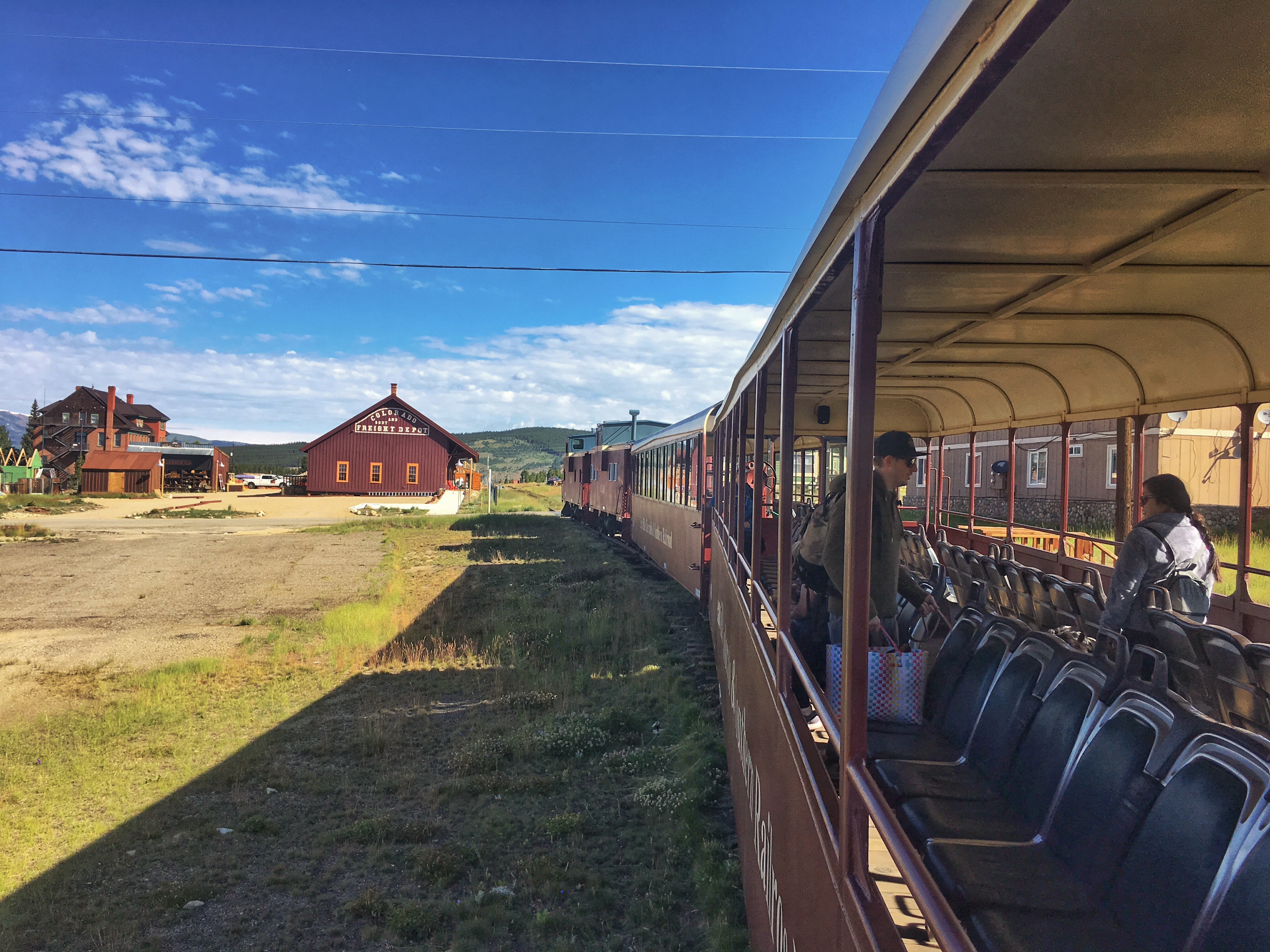 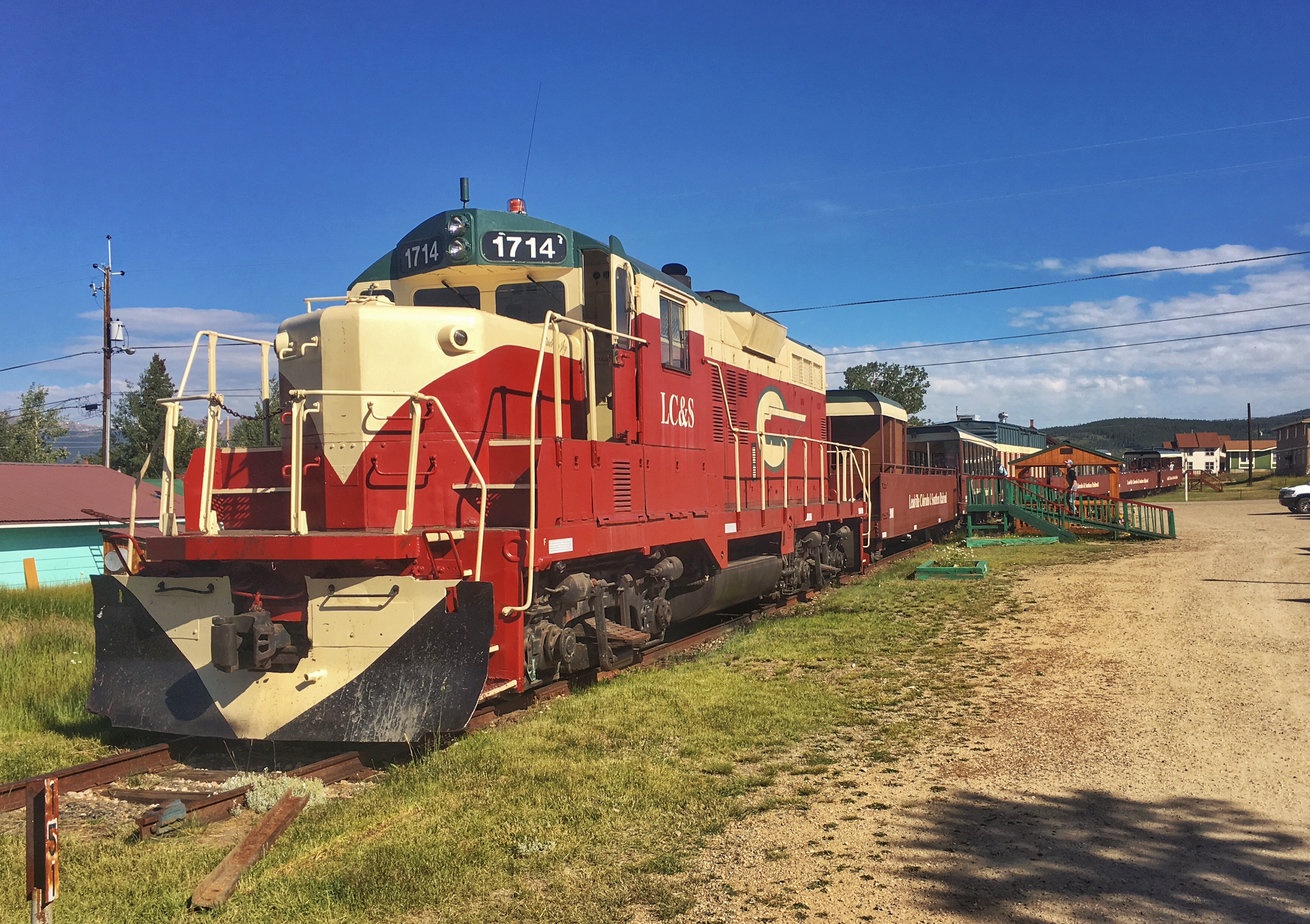 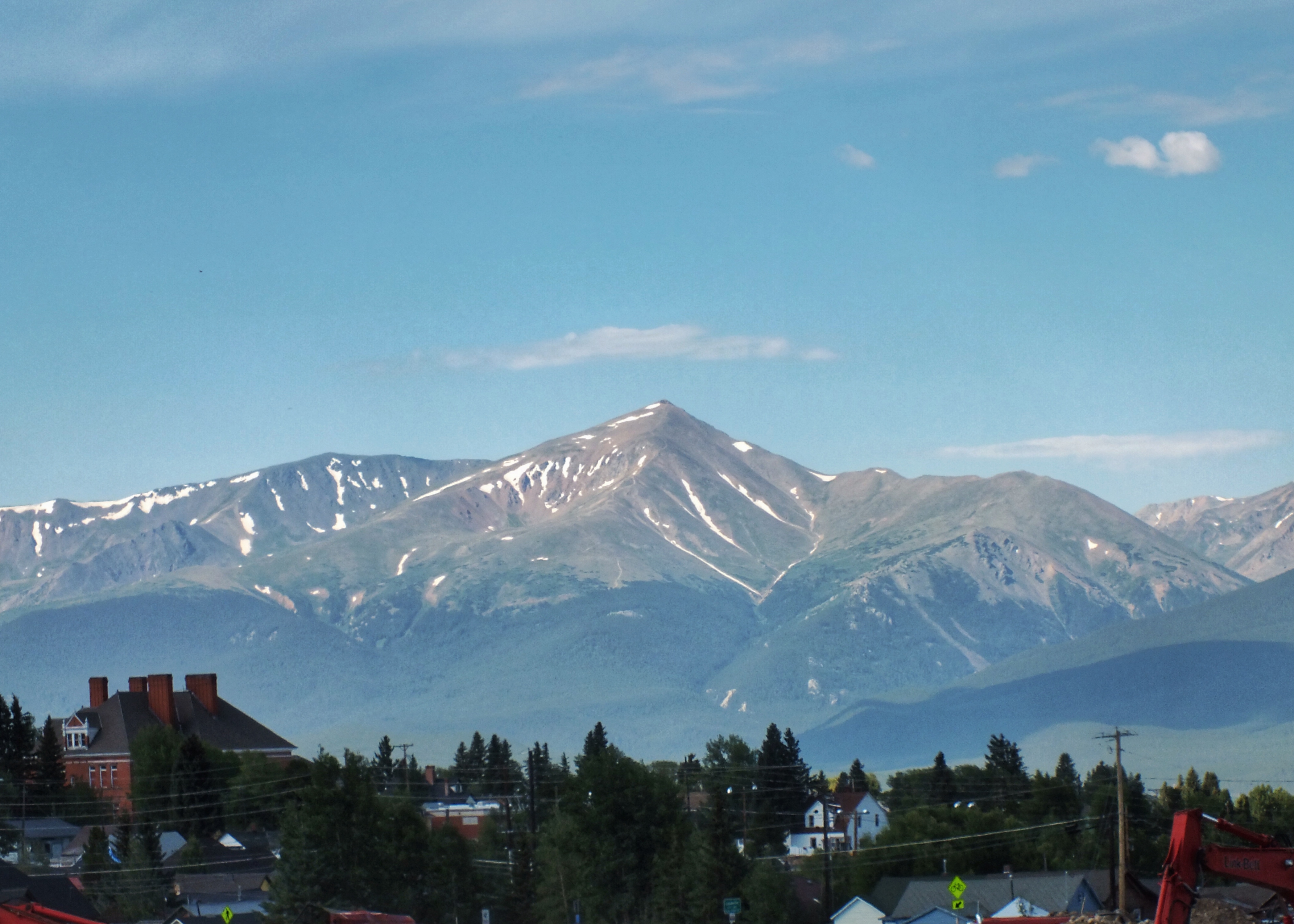 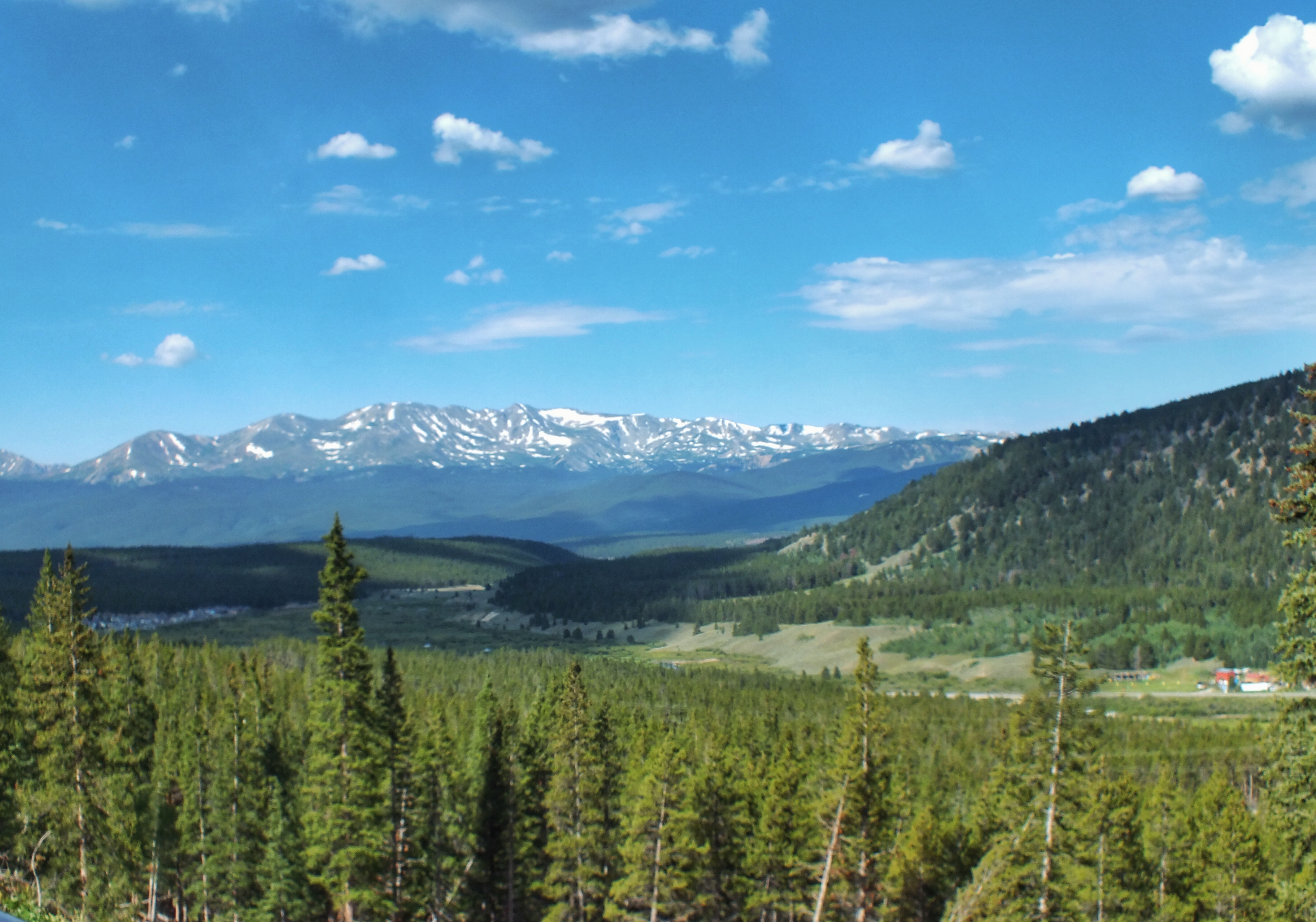 Arkansas Mountain. Runoff from this mountain forms the headwaters of the Arkansas River. 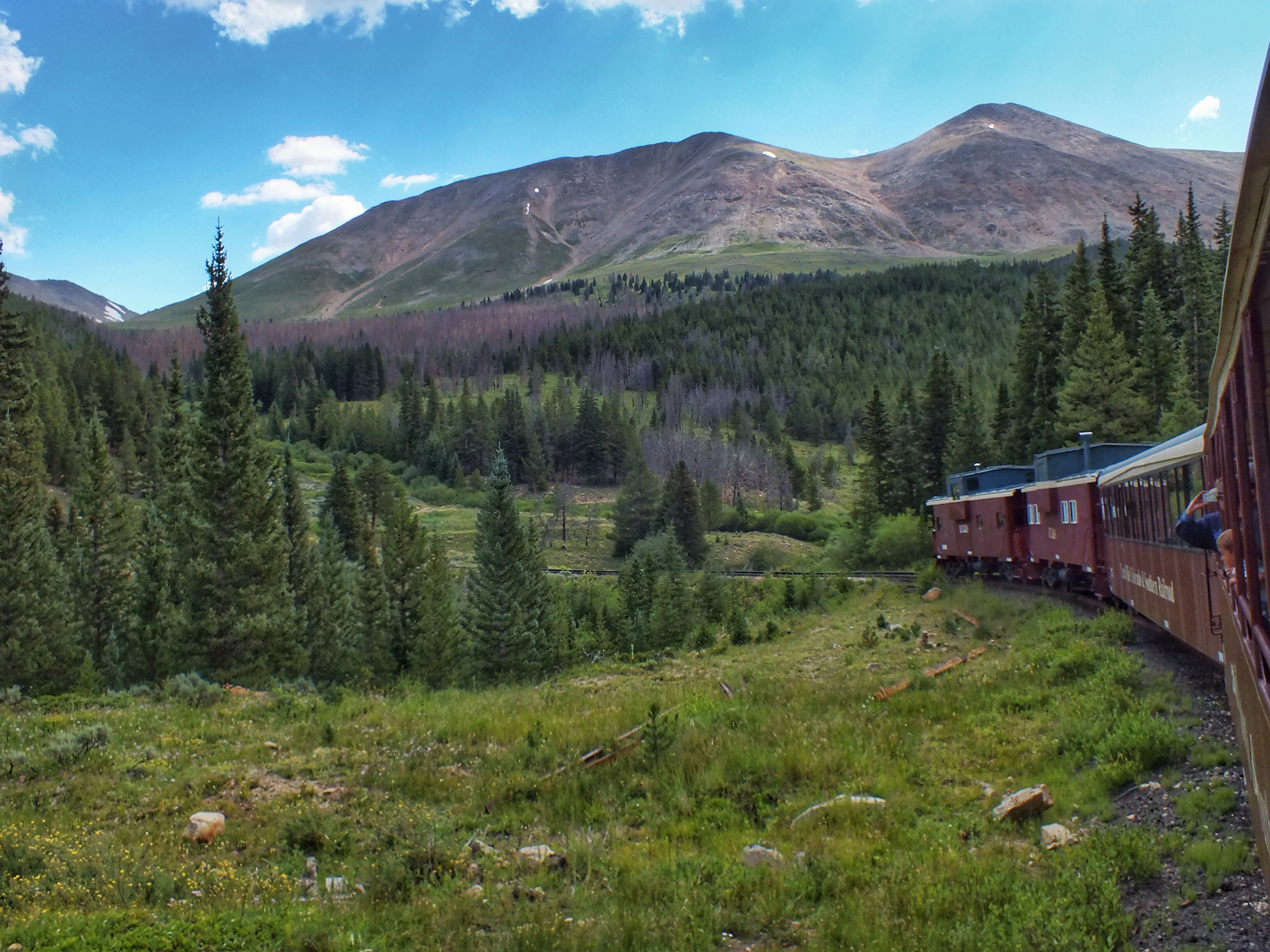 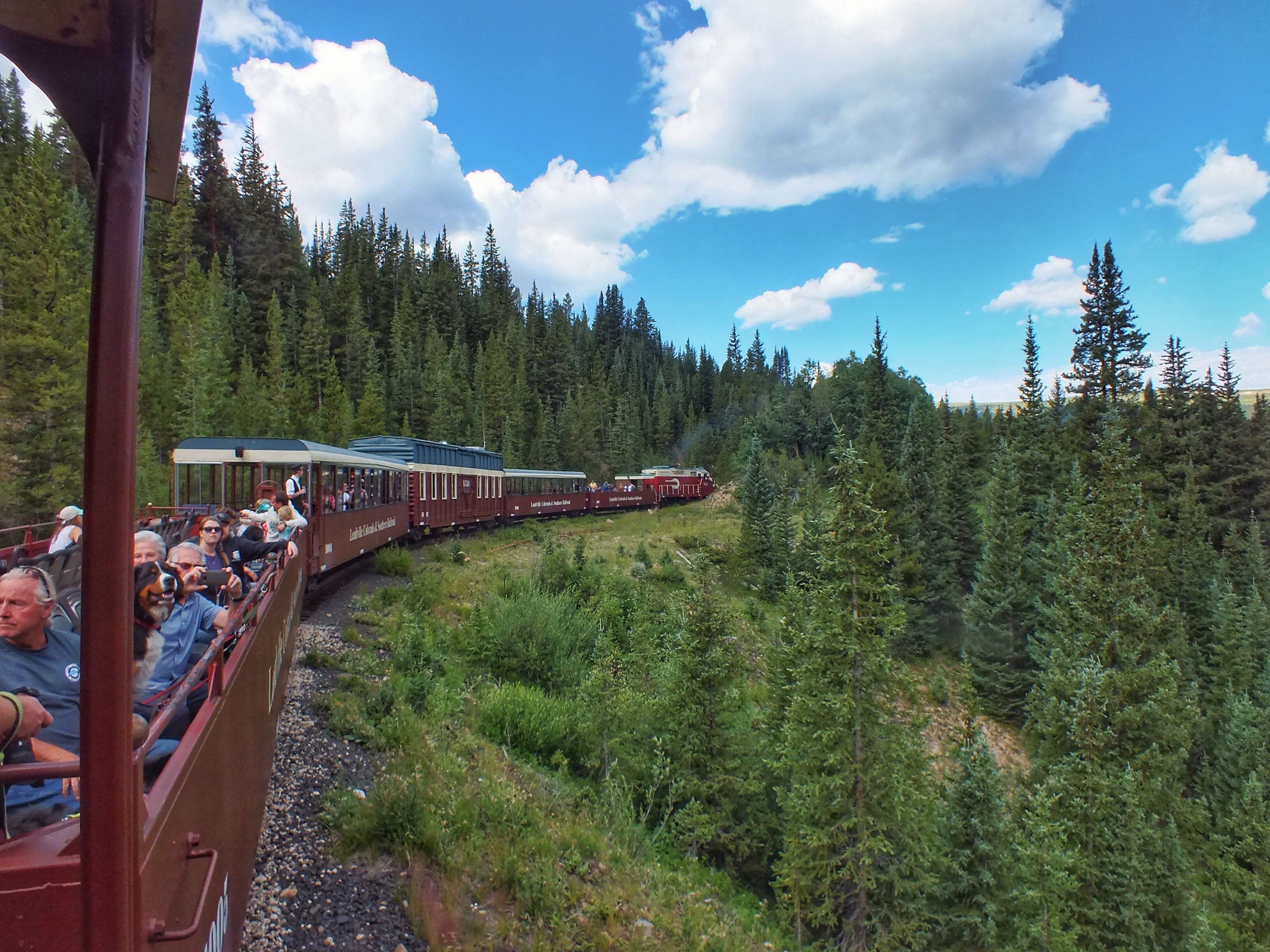 Looking south up the valley with Mount Massive in the distance. That tiny thread of water, mostly hidden in the thin band of dark green, is the river. 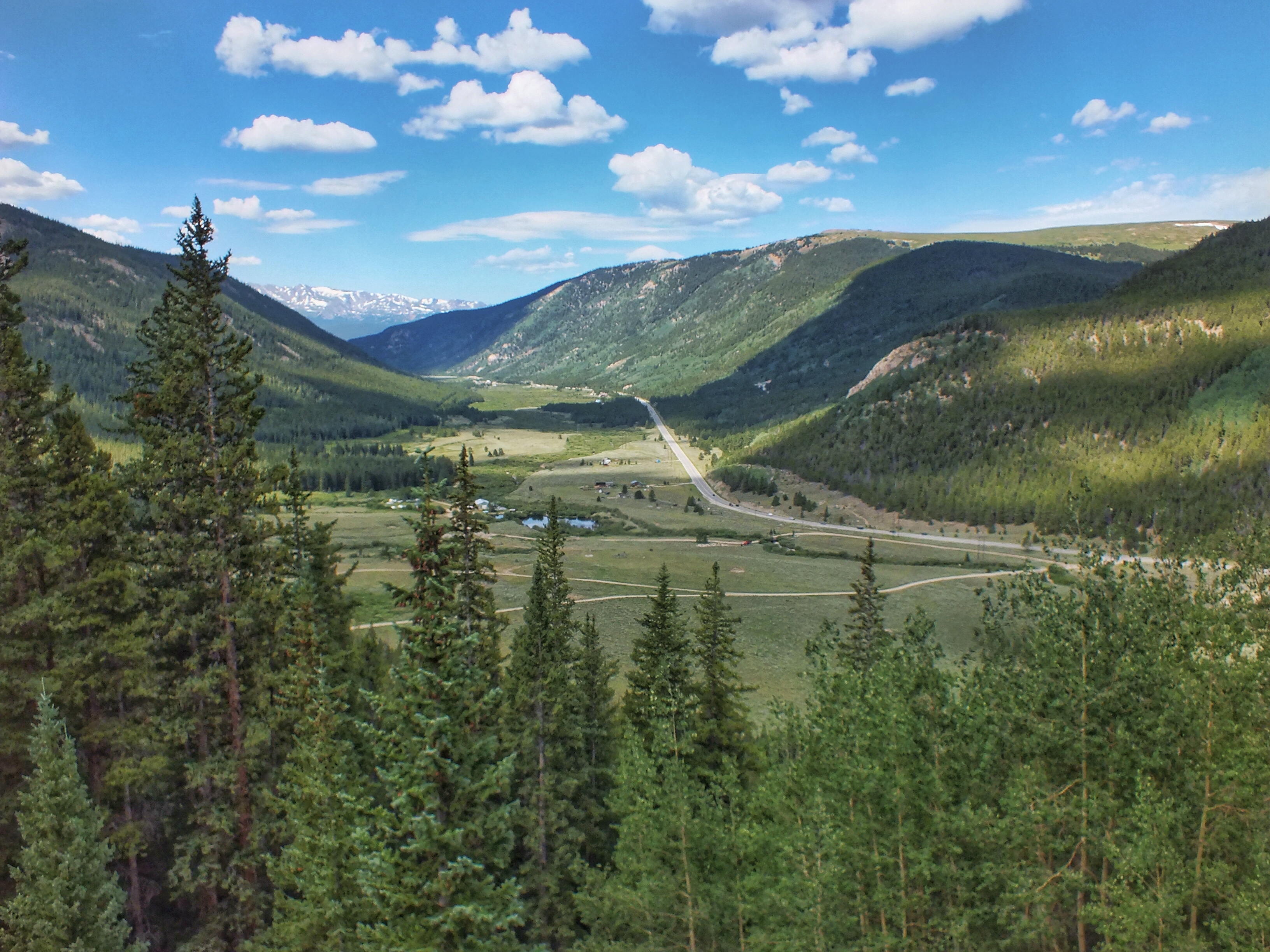 Also looking south from the place where we stopped and backed up. 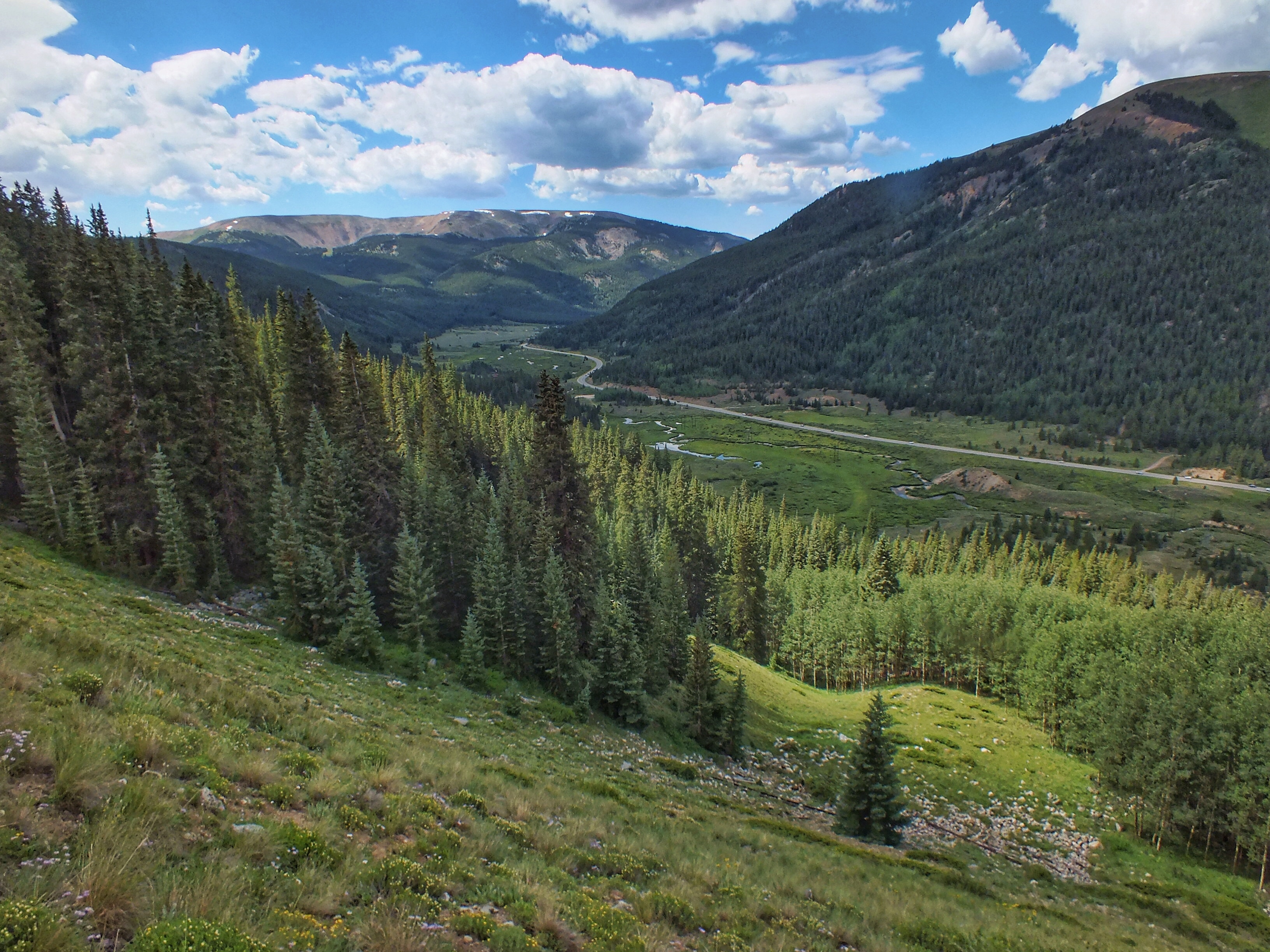 Looking north up the valley. We were 800 feet above the valley floor. 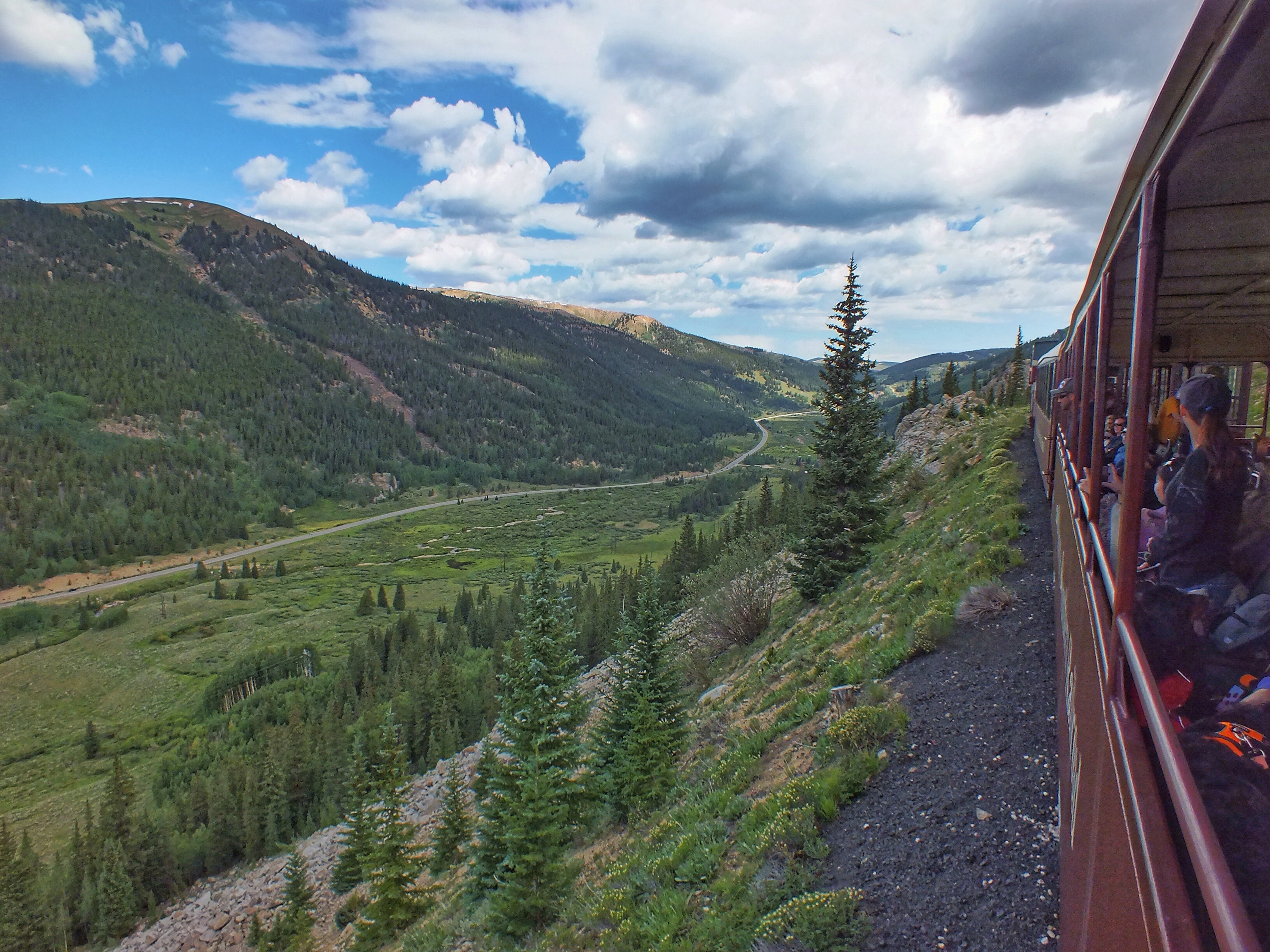 On the way back to Leadville, we stopped for 15 minutes or so and were allowed to detrain. There was an old water tower (no longer lined up with the tracks because the tracks were relaid after an avalanche). The conductor (on the left) spent much of the trip giving us the history and geography of the area. His information was good, but his overly-goofy voice was off-putting. 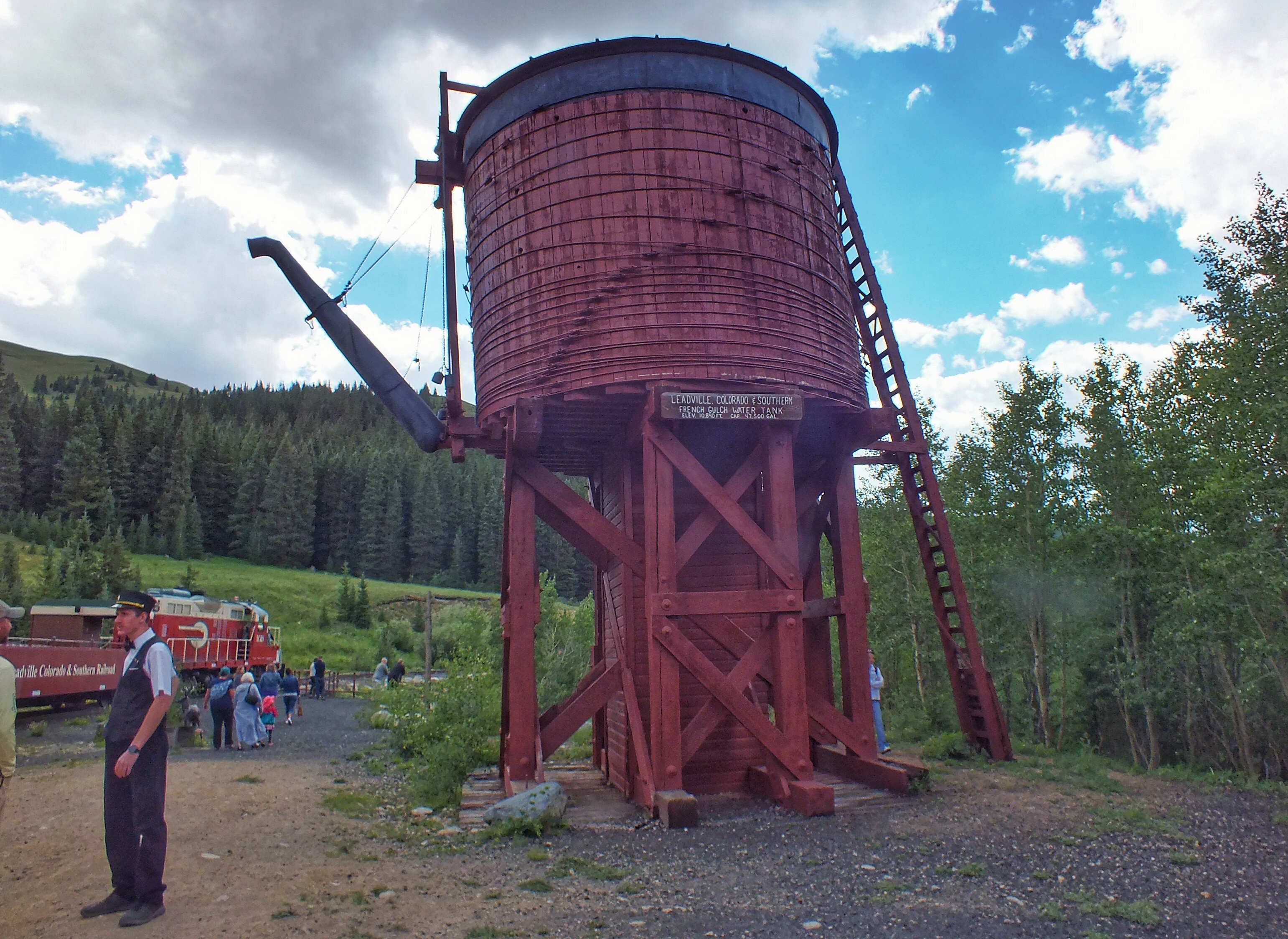 The ride was comfortable and fun and the scenery was stunning. We decided it wasn’t quite as enjoyable as the Durango-Silverton train ride, but was about as fun as the Royal Gorge Route.

We ate lunch at a pizza place in Leadville. The food was very good. We had to sit outside—as did 90% of the customers. The sun had gone behind clouds, and it was chilly. We walked up and down the main street but found little of interest. We were not impressed by Leadville. It looked and felt like a washed up Rust Belt neighborhood. 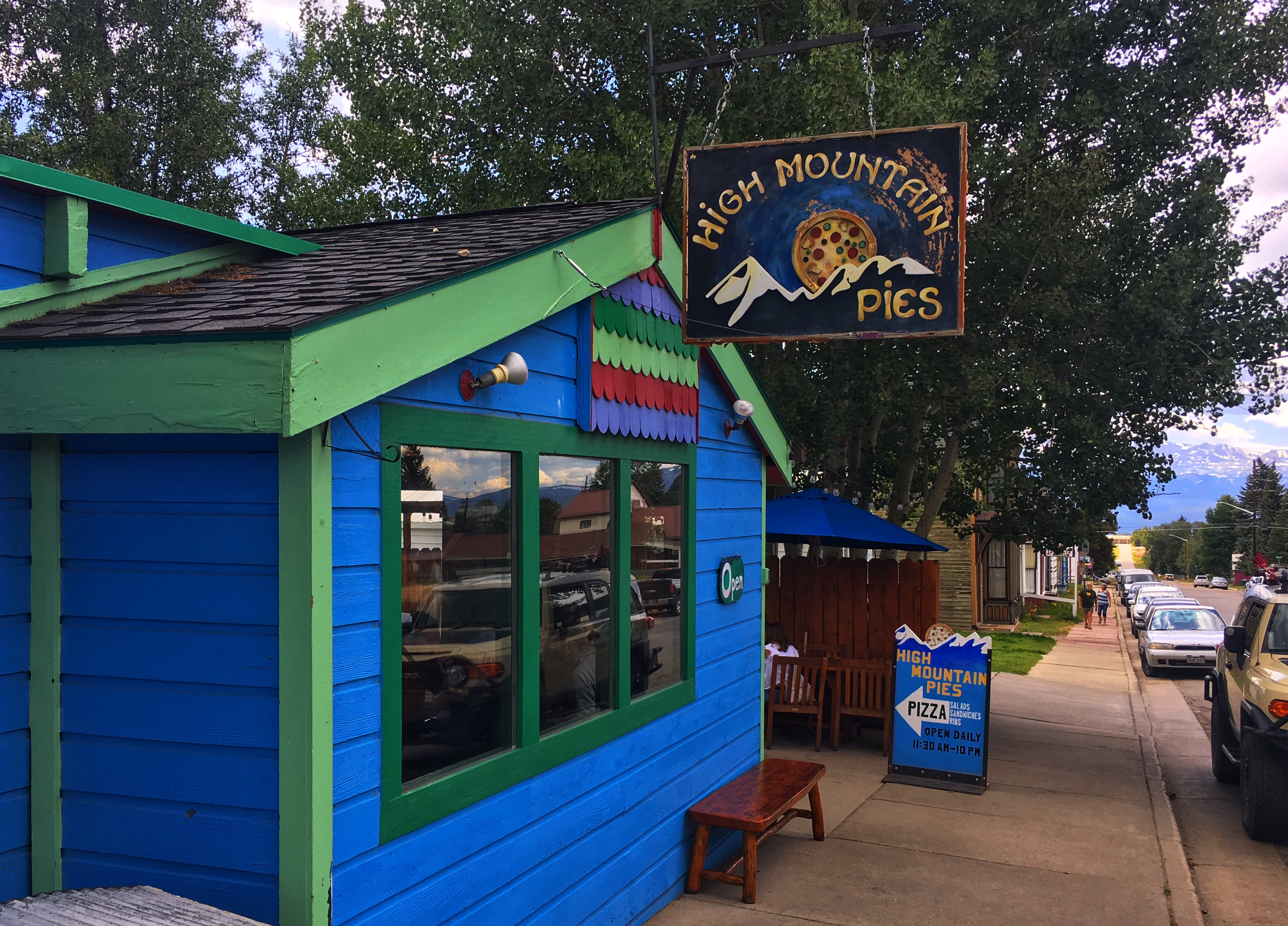 This entry was posted in Scenery, Transportation. Bookmark the permalink.