Sally said she wanted to get away for a weekend, and she wanted to go to Twin Lakes. It took no time at all to convince me. The town of Twin Lakes is tiny, and the lodging options are limited. I found a B&B that overlooked the water and reserved two nights.

We took off on Friday after work. We stopped at Rudy’s BBQ for supper and then drove across South Park as the sun set. 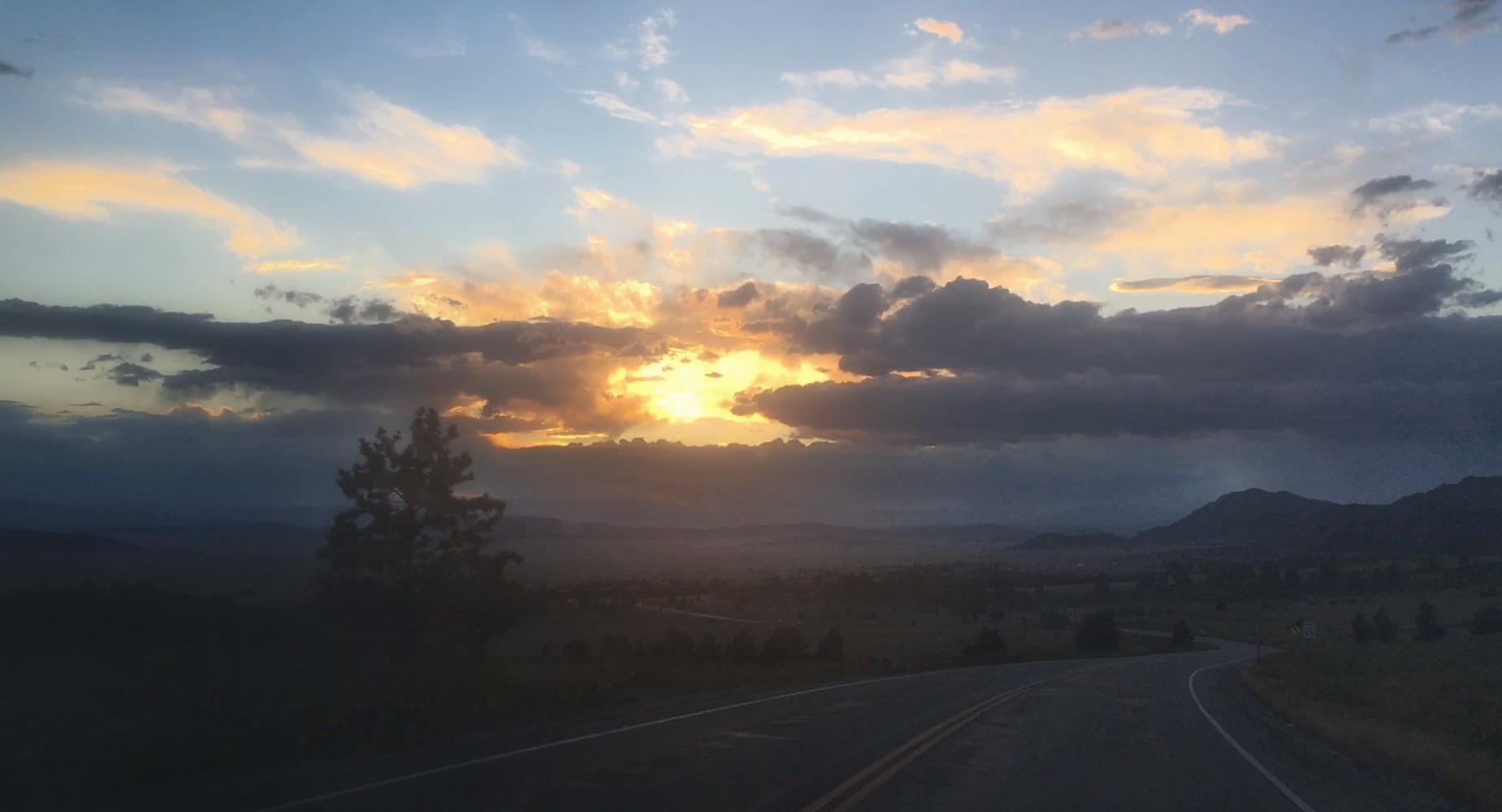 We were a few miles away from our destination at around 8:40 when my phone rang. It was Donna, the woman who owned the B&B. She asked if we were OK. Of course what she really wanted to know is whether we were still coming. When we arrived, she met us at the door. She gave Sally a hug as we walked in, and then proceeded to compliment her on her wrinkle-free complexion. 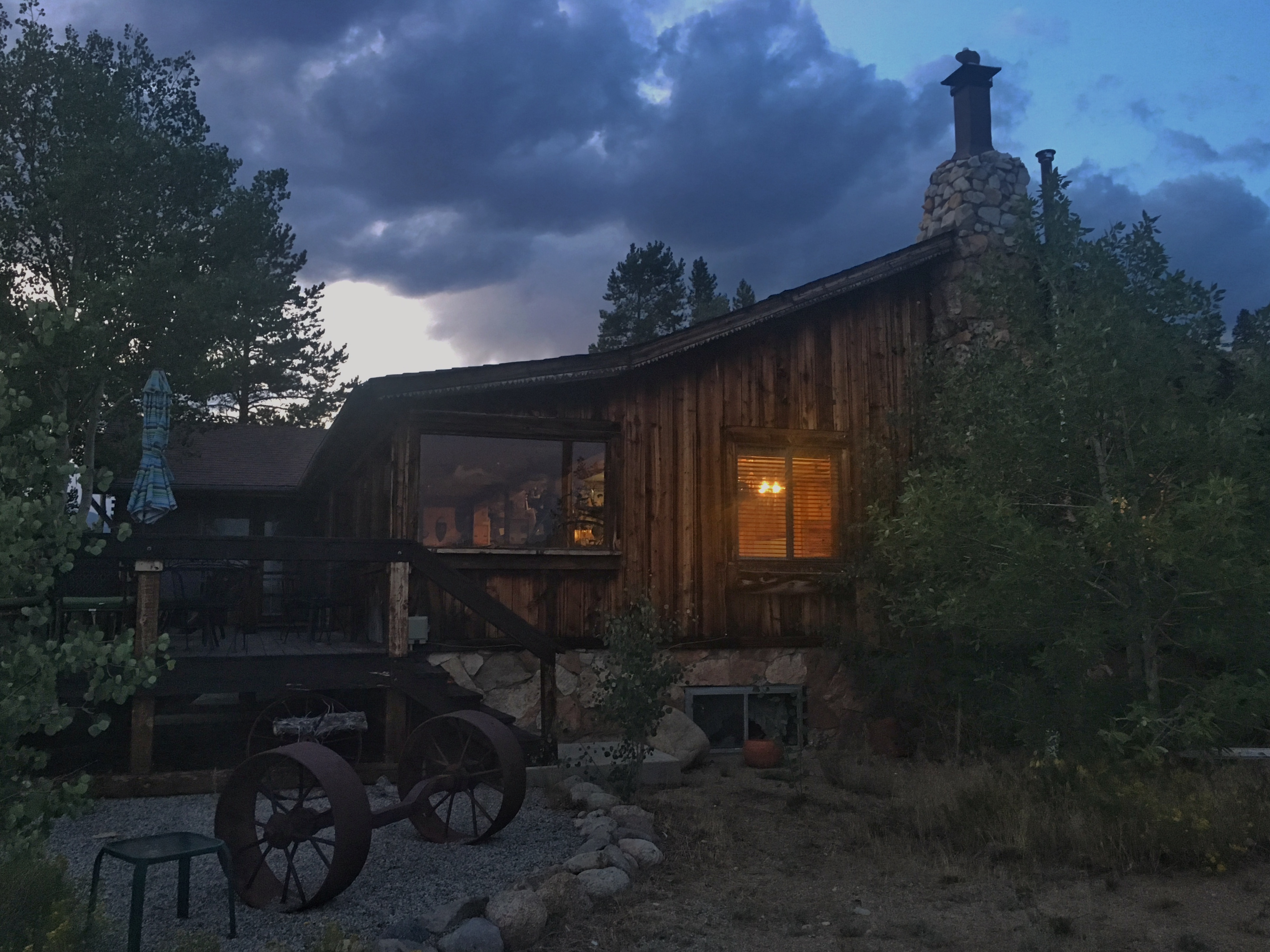 The name of the B&B was Ores & Mine in reference to the history of the area. There were mining artifacts scattered around. There was a full bar in the dining room, but Donna told us she didn’t have a liquor license so we’d have to bring our own alcohol.

Our room was in the front of the building. We had to walk through our bathroom to get to it. The mining theme was in full play here. Getting around in the room was a challenge—there were  myriad things to trip over or stub a digit on. 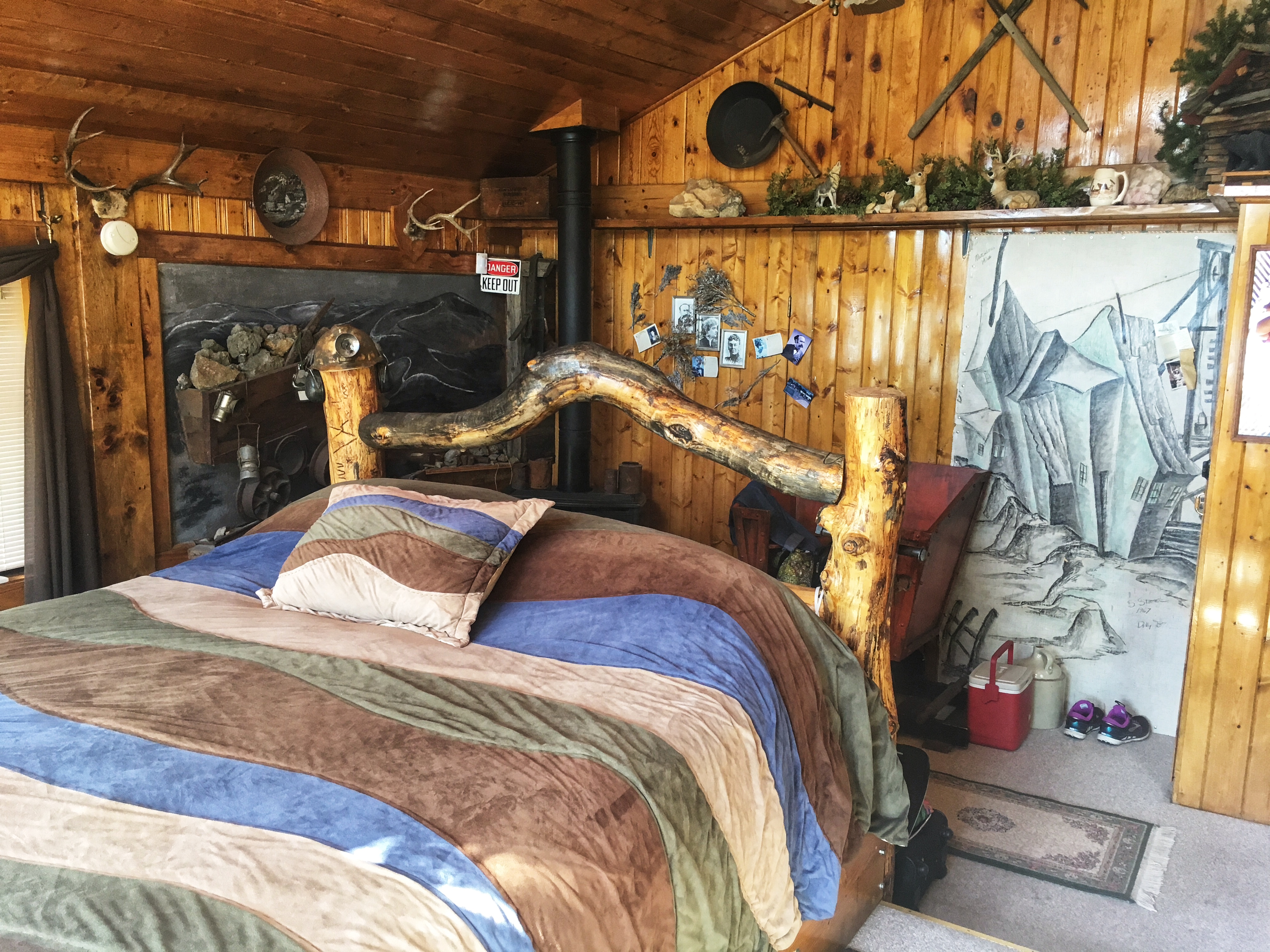 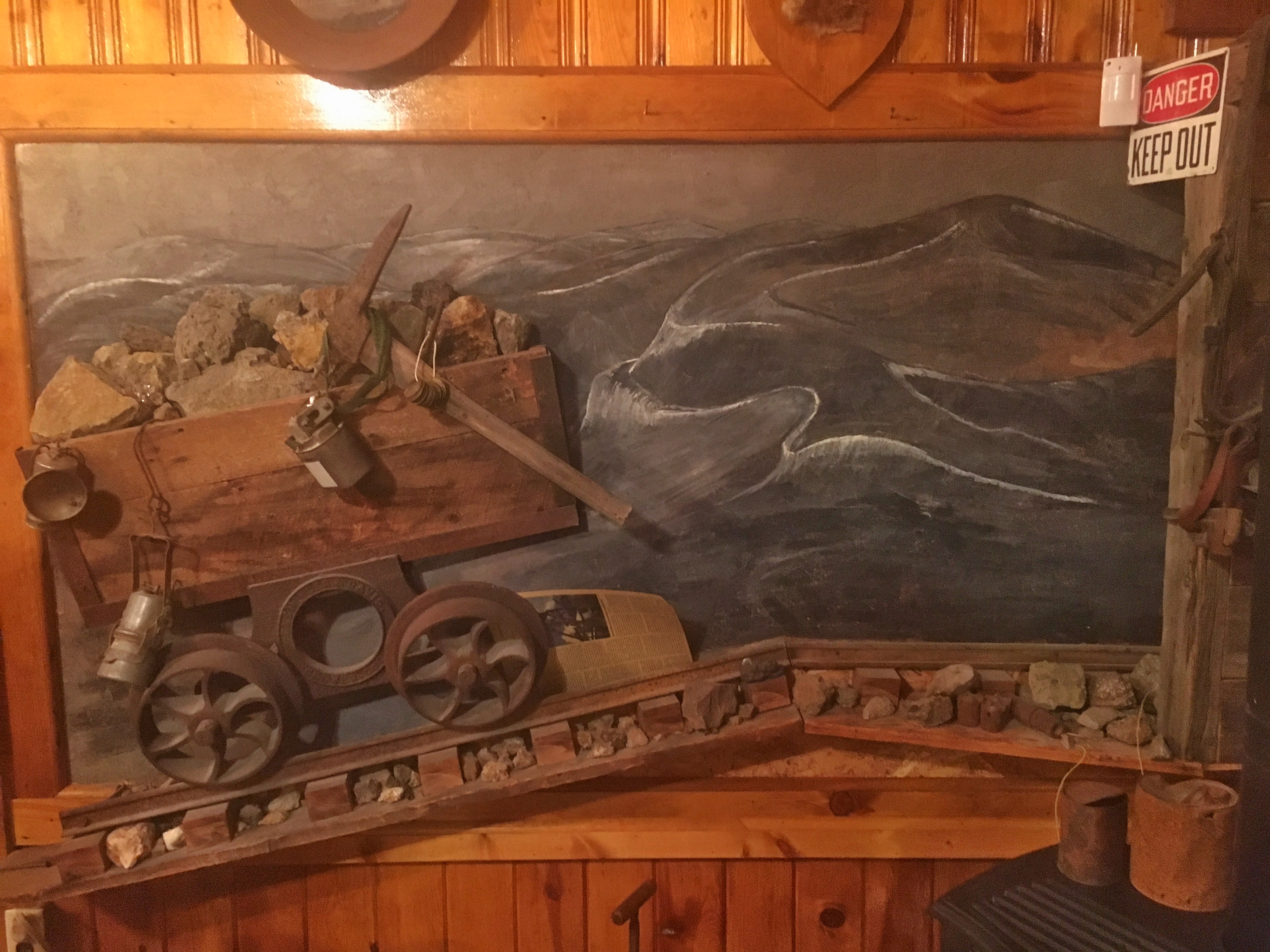 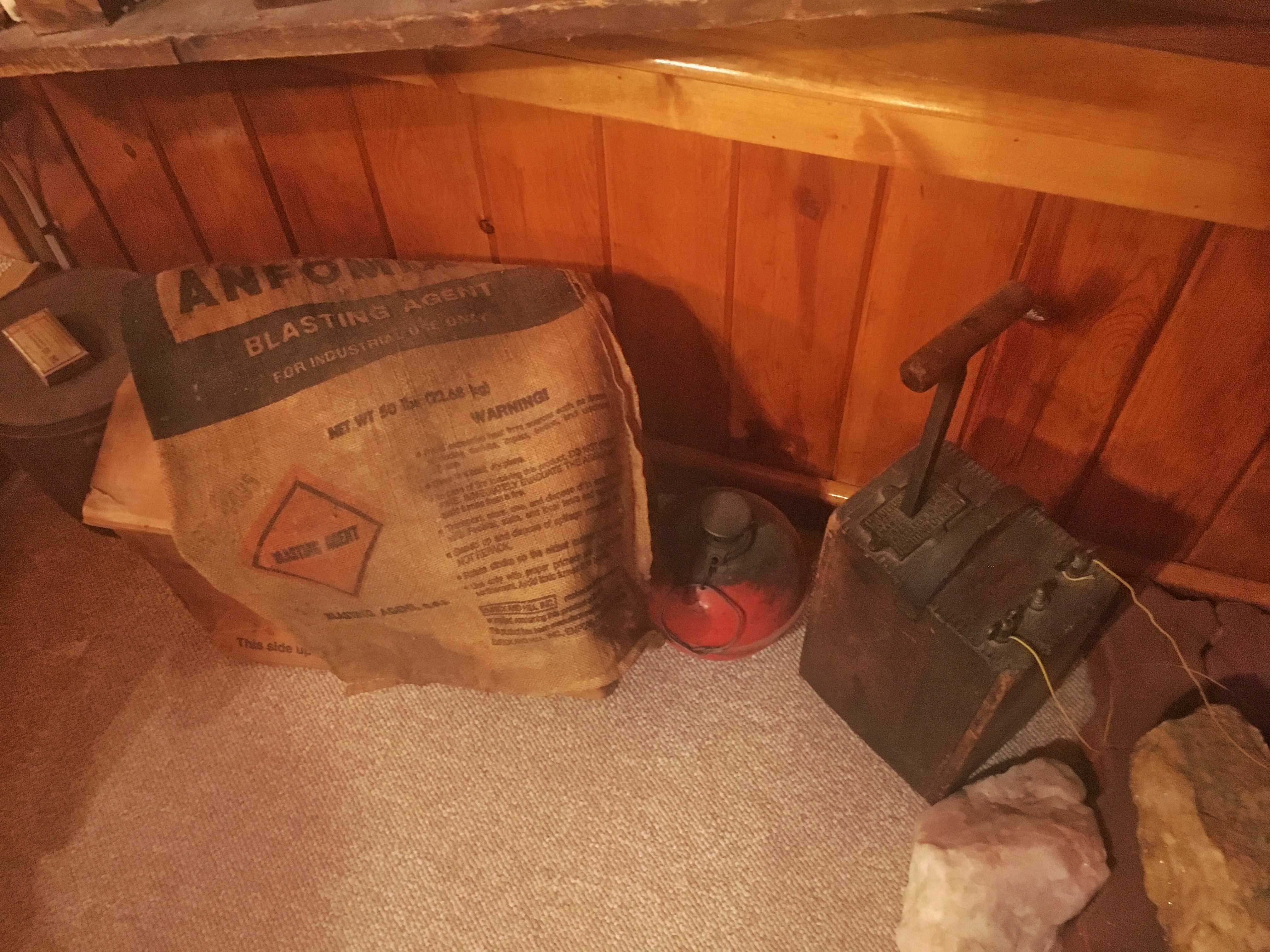 Donna told us that her husband John (who has been dead for eight years) was an amazing builder. We could certainly see evidence that somebody had been building and didn’t know when to stop. For example, the view out our window looking over the lake was partially blocked by an ugly fence and an empty shed that “was supposed to be a reading gazebo.” Fine, but why put it in the middle of the view? Donna’s 19-year-old grandson was on hand to help her run the place, but we didn’t see much of him. 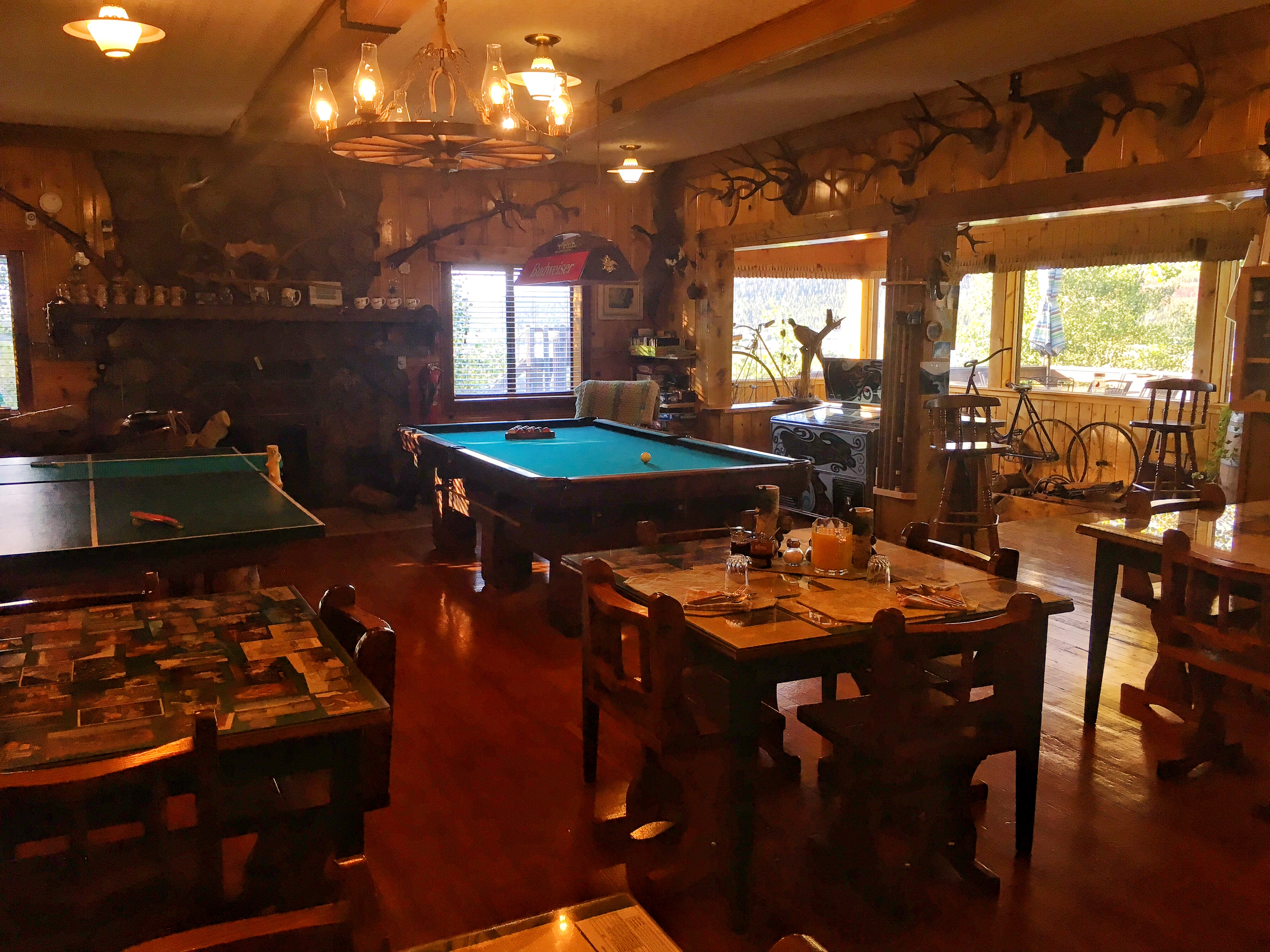 It was dark when we arrived, but when we got up in the morning, we saw this. 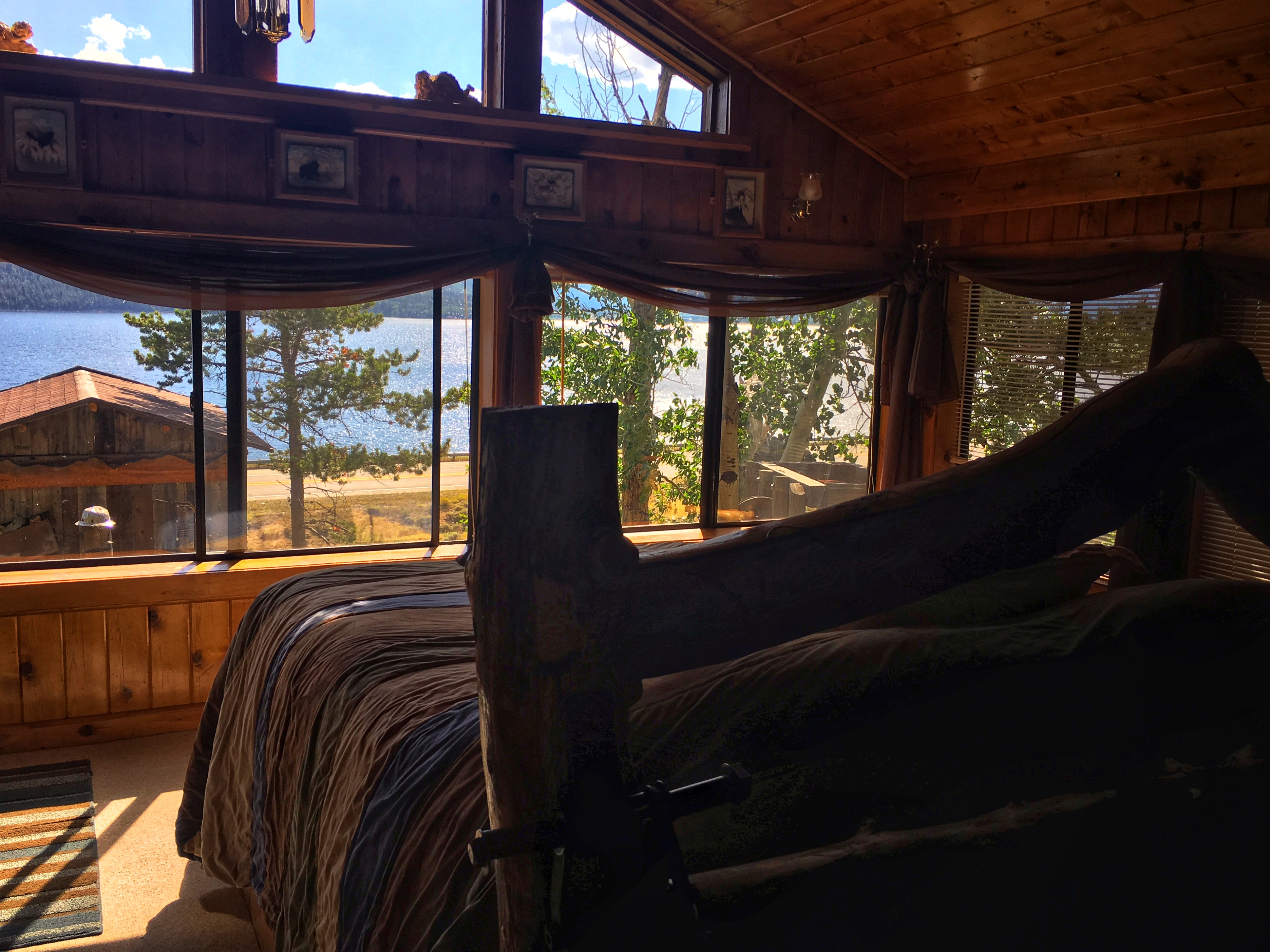 There was also a small porch off our room with a swinging chair. Both of us spent some time out there on Saturday, reading. 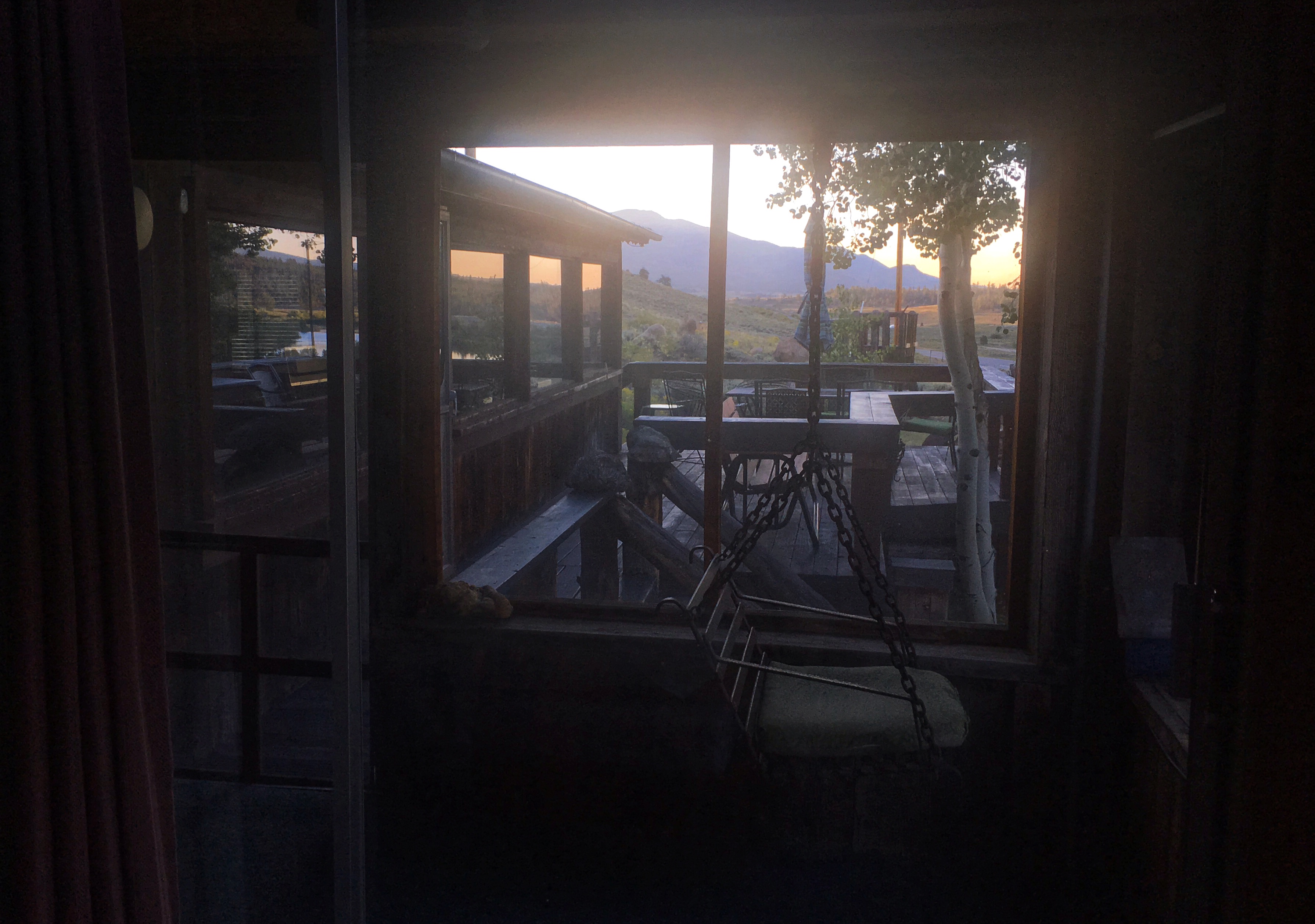 The morning view from our room. 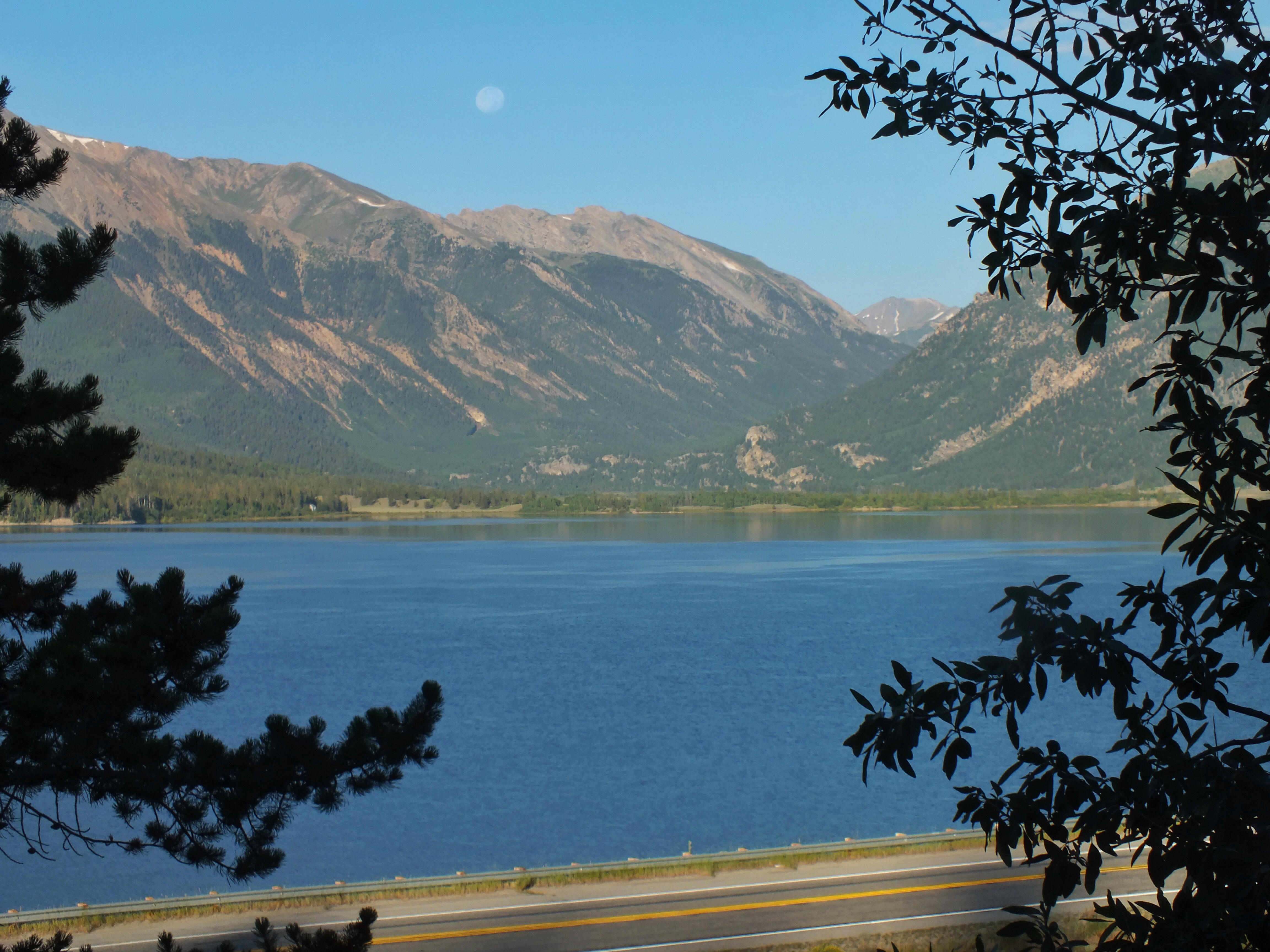 We were the only guests on the first night. Donna made us breakfast in the morning then sat down and chatted with us. She asked where I worked. As soon as I told her, she asked if we’d prayed over breakfast. I had, but I told her I was willing to do it again. She stood up and held our hands, and I thanked the Lord for the food and the beauty of His creation. 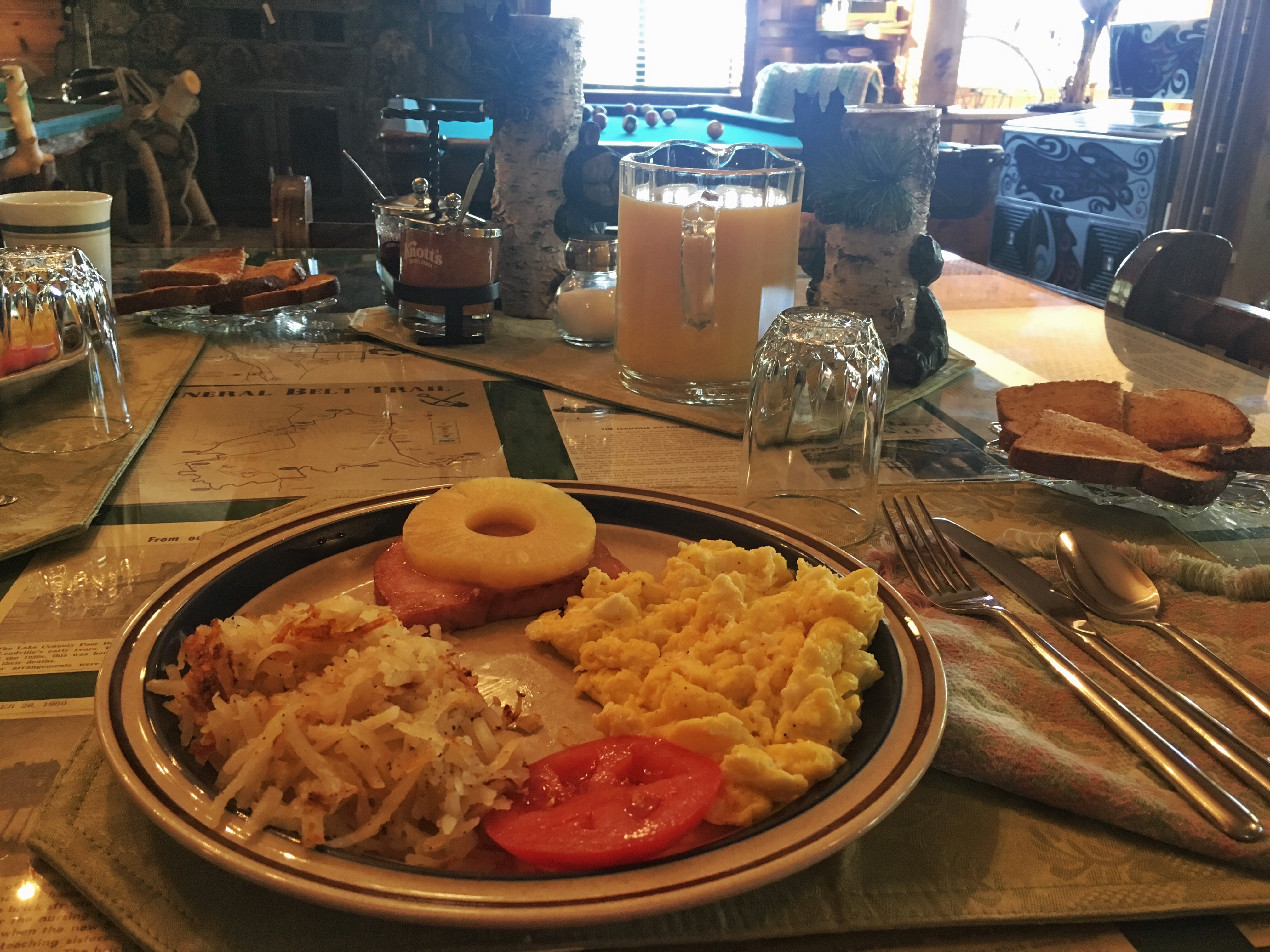 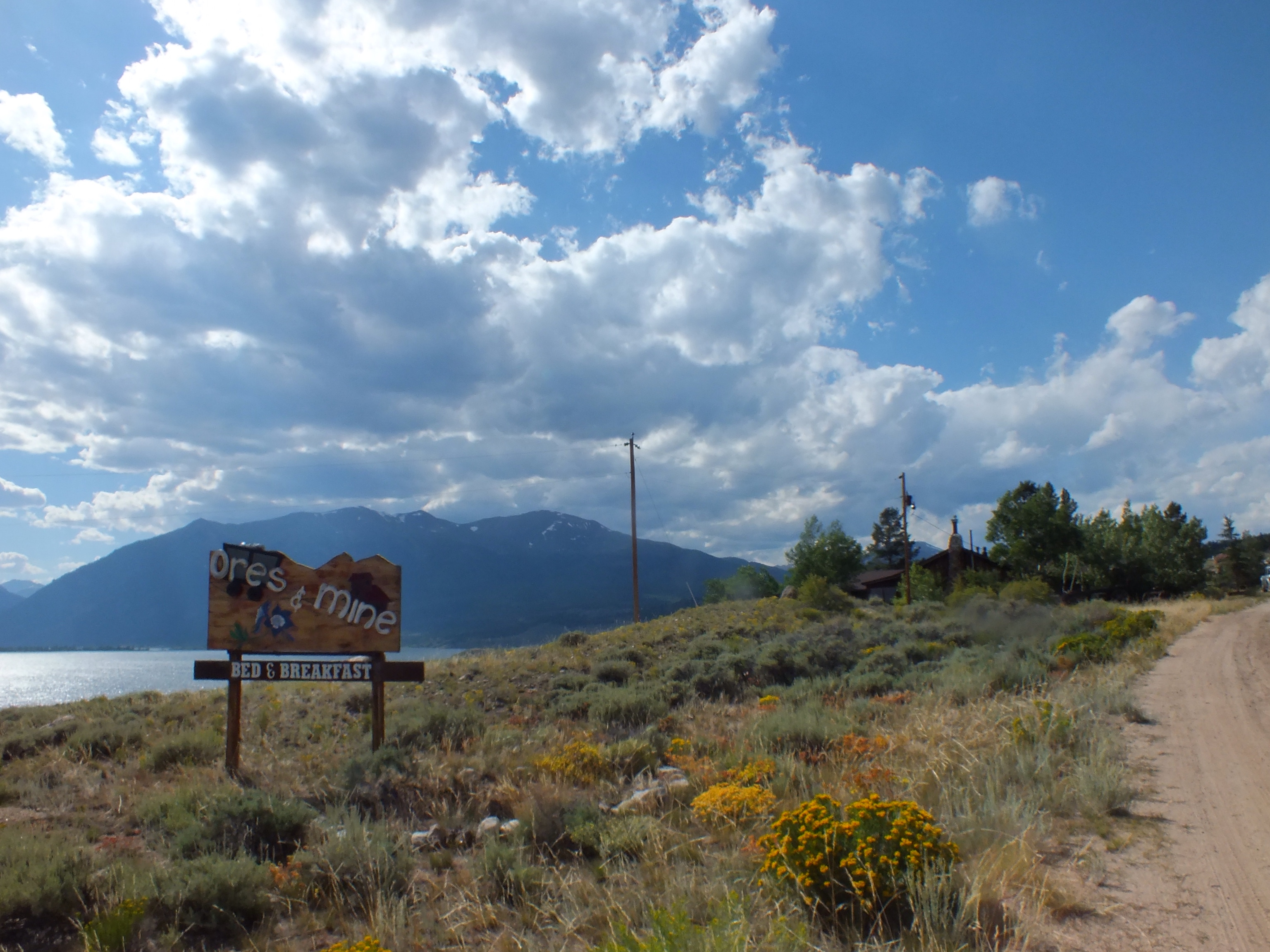 We spent Saturday in Leadville and got back to the house around 4:00. Sally read and napped in the room while I took a walk by the lake.

The peak in the middle of the photo is Mount Elbert. At 14,439 feet, it’s the tallest mountain in Colorado. The peak on the right is Mount Massive (14,429 feet). More of Mount Massive is above 14,000 feet than any other peak in North America. 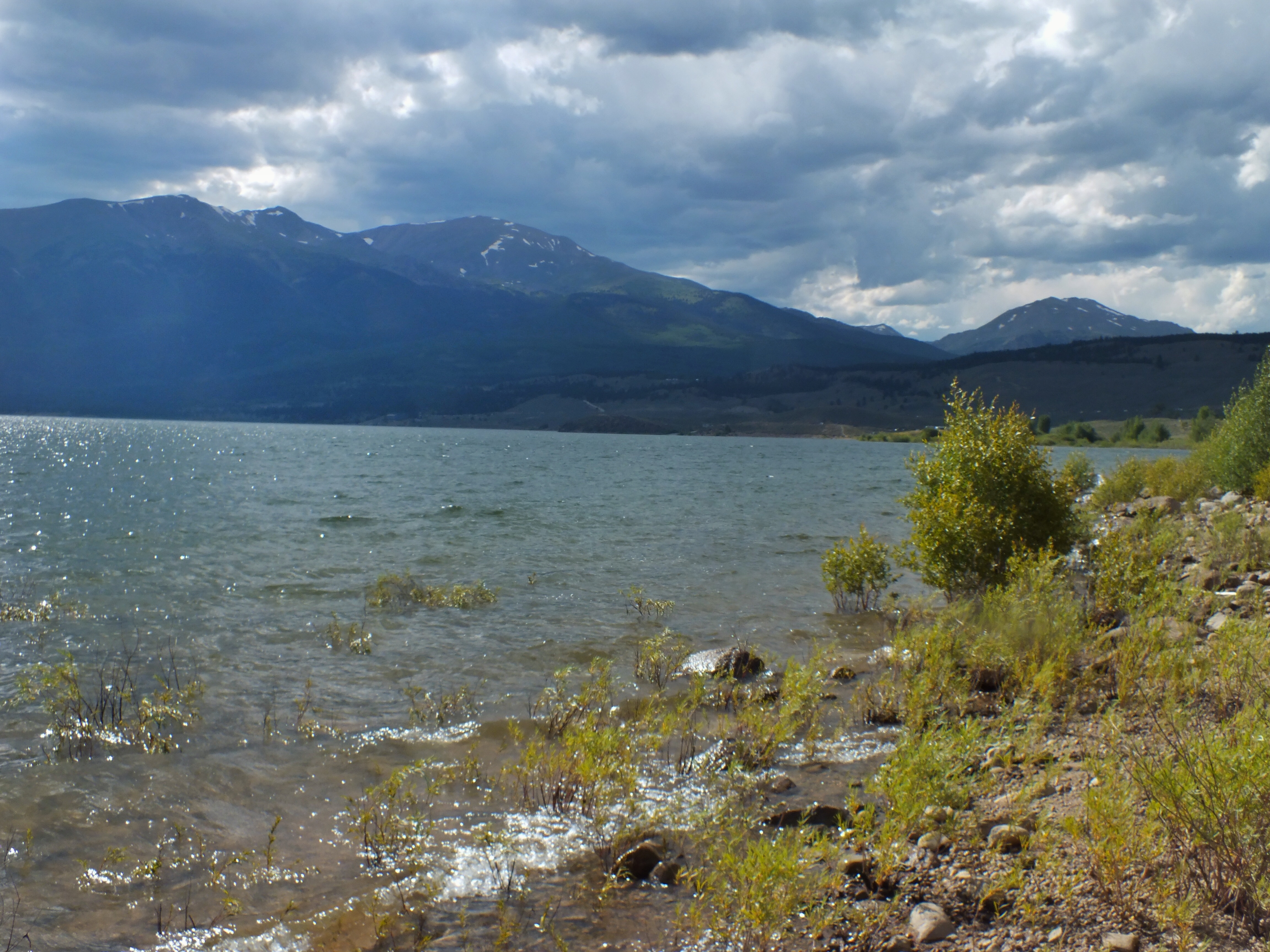 I walked about half a mile to the dam that forms the lakes, then crossed it to the campground on the other side. 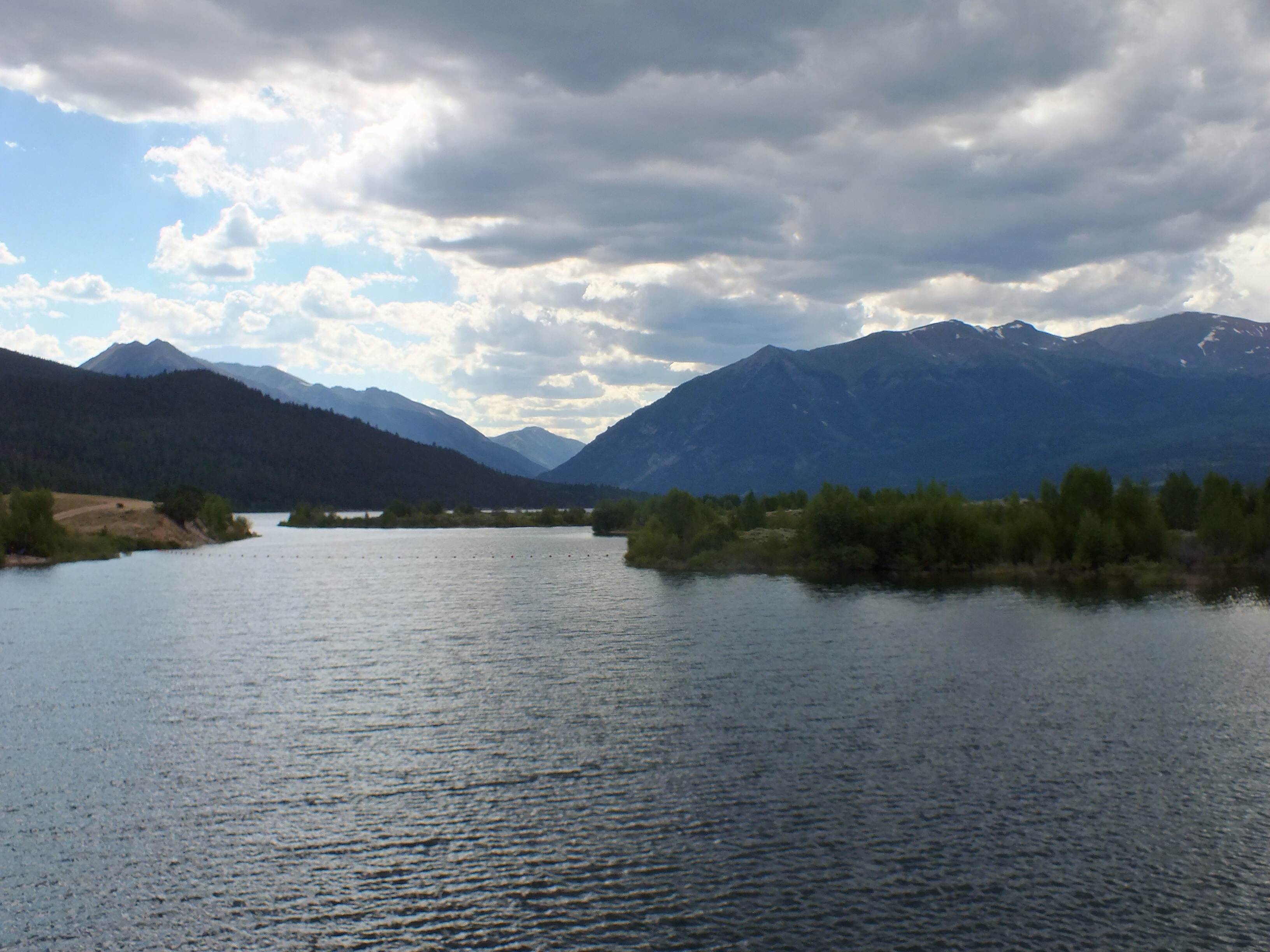 I had my binoculars with me, of course, but I didn’t see many birds. I did see an Osprey and this Rock Wren. 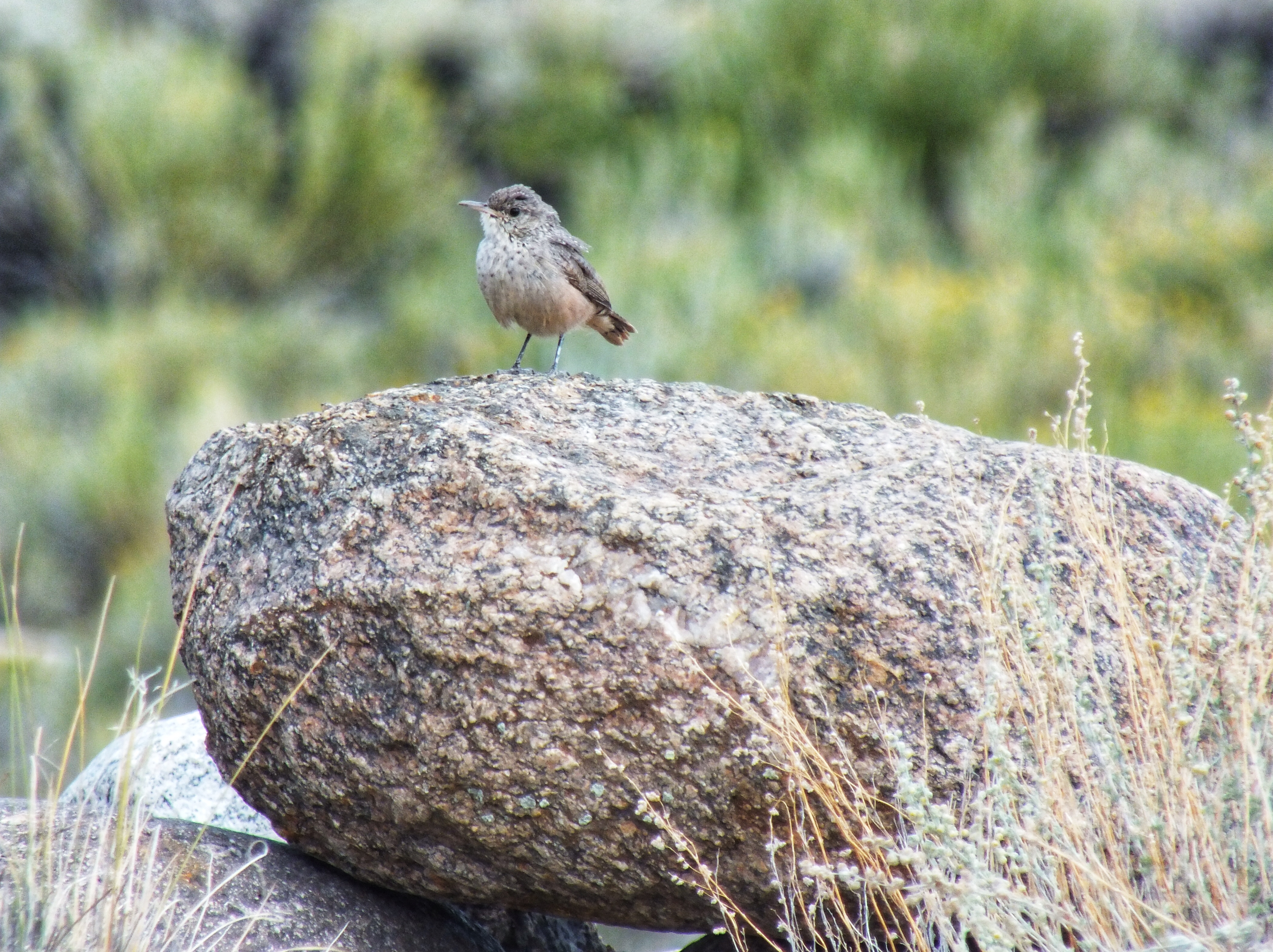 Here’s a shot of the B&B from near the dam. That’s our white CRV in the lot. 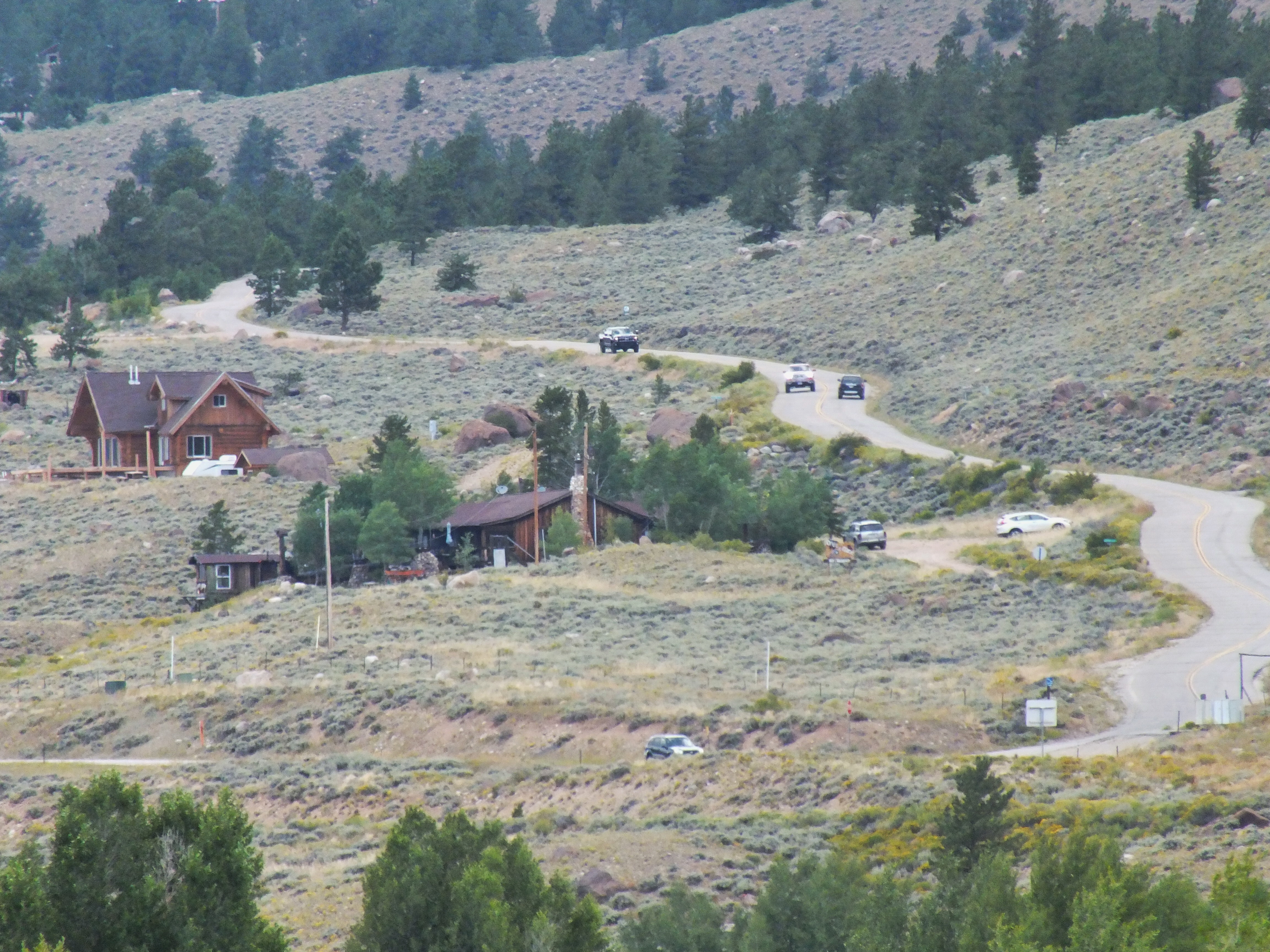 Donna gave us a tour of the B&B in the evening. There are three rooms downstairs, all of which lacked the explosive devises, sharp tools and rocks that were scattered about our room. The walls in the common areas were lined with display shelves filled with random collections of cultural stuff with an emphasis on Barbie dolls. 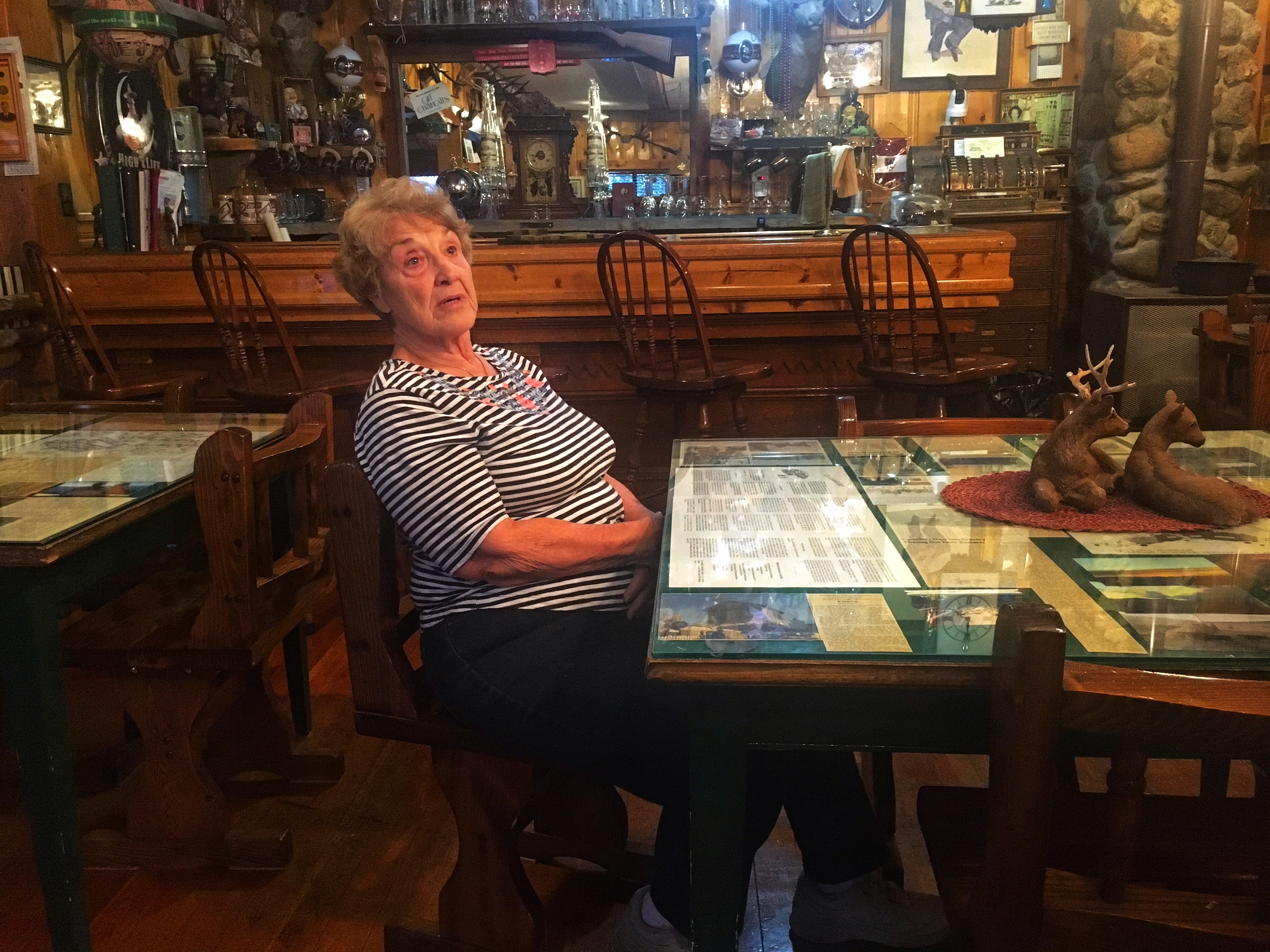 Our view on morning two. 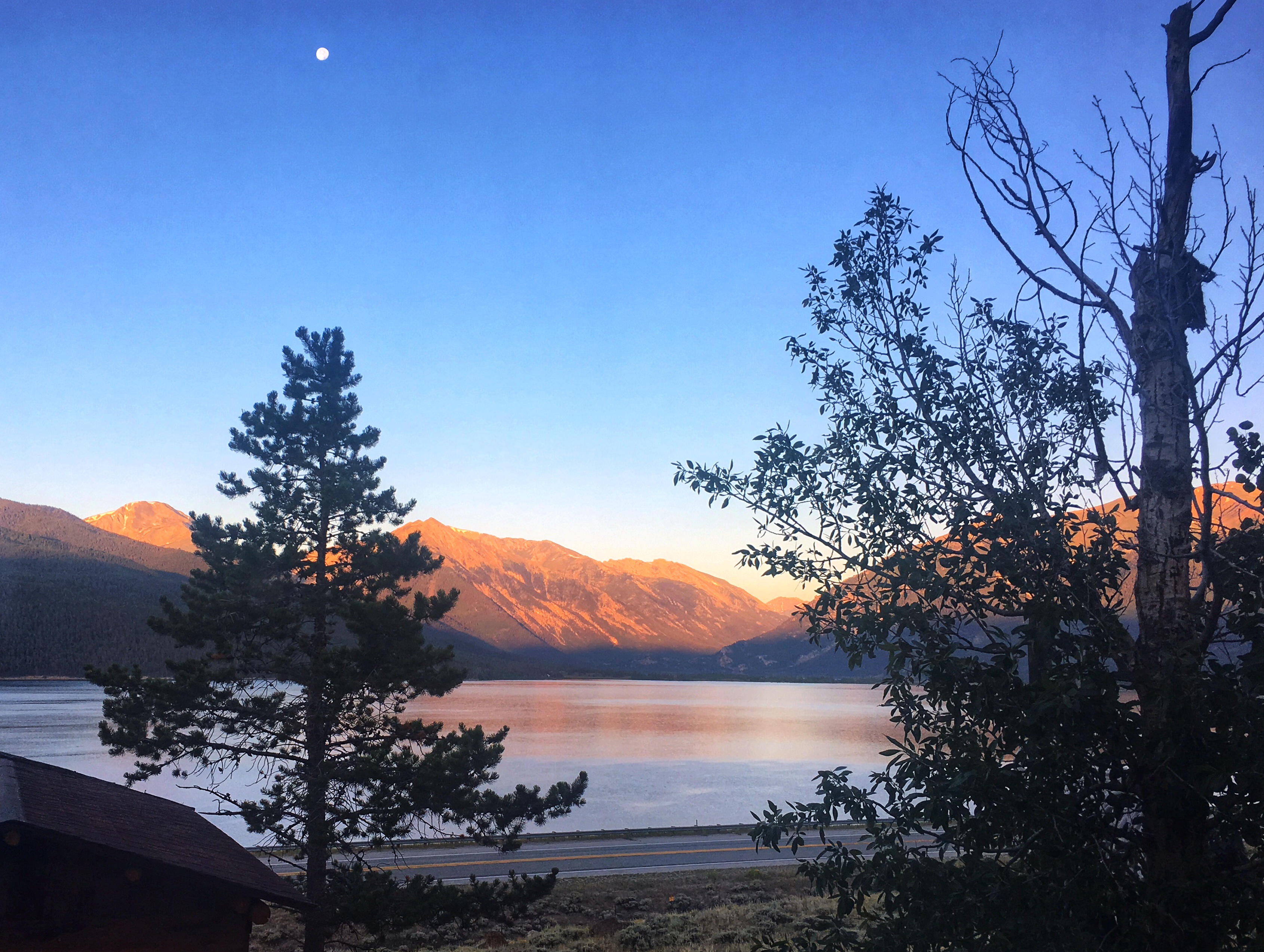 A family from Pueblo stayed downstairs on Saturday night. We ate breakfast with them on Sunday morning. The dad was reading the Mueller Report when I arrived, so I whispered to Sally not to bring up politics. We didn’t, but they did. The father had his college-age daughter tell us about a book she’d just read. The topic was gender roles and how women do worse on math tests if they have to identify themselves as women before the test begins and all sorts of goofiness like that. The rest of the family chimed in on how unfair it was. Sally and I listened politely and said little.

I was trying to figure out if they were pushing for a fight because of what had happened at the beginning of the meal. Donna came out again and stood next to me. She announced to the whole table that we were going to pray, and she had us hold hands around the table. Then she told me to pray. I thanked the Lord for the food, the beauty, and the fellowship.

Anyway, we took off right after we’d finished eating. As Donna was checking us out, she gave us both hugs. She told us we were now family and that we had to stop in every time we were in the area, even if we weren’t staying with her. As she was saying all this, she handed me our $402 bill. I wanted to ask if there wasn’t a family discount.

We had a good time, and we liked Donna. The place was clean and comfortable enough. The breakfasts were tasty. Minor negatives were the cluttered room and the partially-blocked view. It was definitely overpriced. But we enjoyed ourselves and weren’t sorry we stayed there.