After I heard the Mexican Whip-poor-will, I continued walking down the road towards my car. With the valley in shadow, things were quiet. I saw a bird fly across into an oak along the road. I knew immediately it was a myiarchus flycatcher by its posture and coloring. It had a brown crest and face, a gray breast, and a bright yellow belly. After only a second, it flew to another tree further into the woods and up the slope. It was now facing me. It was small for a myiarchus—obviously smaller than an Ash-throated. I knew to look for the pattern on the underside of the tail—there was no rufous. That and the small size proved it was a Dusky-capped. I decided to try for a photo even though it was back in the trees but as I took my camera out, I was distracted by a Hairy Woodpecker that landed nearby in the same tree. I was hoping it was an Arizona Woodpecker, so I checked it out. When I looked back, the flycatcher had disappeared. I hadn’t heard it call.

I had my lifer, but it wasn’t a satisfying look. I called it a day, but went back the next morning. After being distracted by the pesky trogon that came by to wish me a good morning, I walked down the canyon through the section of oak woods where I’d seen the flycatcher the night before. I heard, and then saw, a Dusky Flycatcher in the trees along the road. It was engaging in typical flycatcher behavior, sitting on branches looking around, then flitting out after insects. I now had audio as well as visual confirmation, but I wanted a photo. The bird wasn’t being super-cooperative, and I had to follow it off the road and into the woods for perhaps 100  yards before I managed good photos. By this time there were two of them flitting through the branches about 20 feet off the ground. 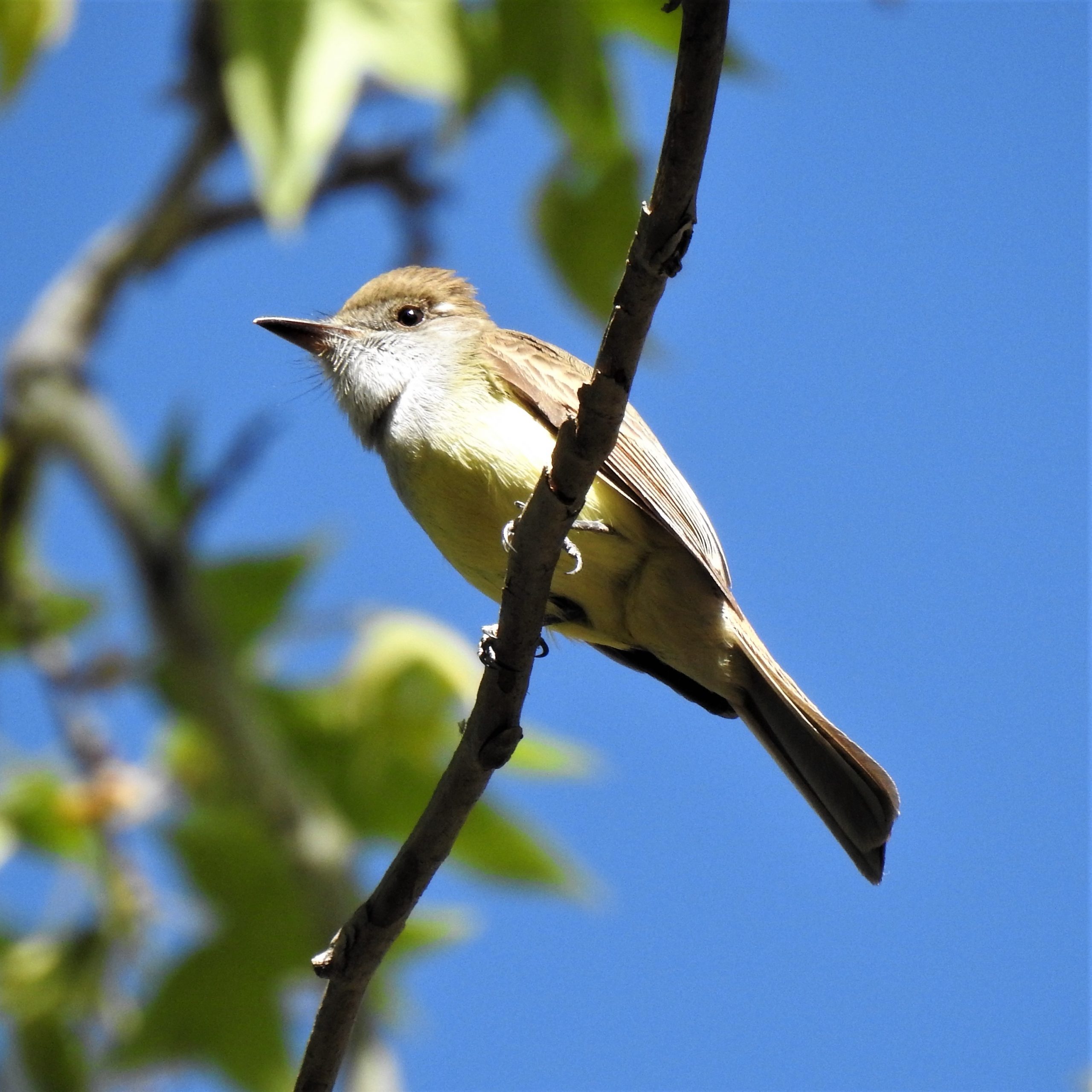 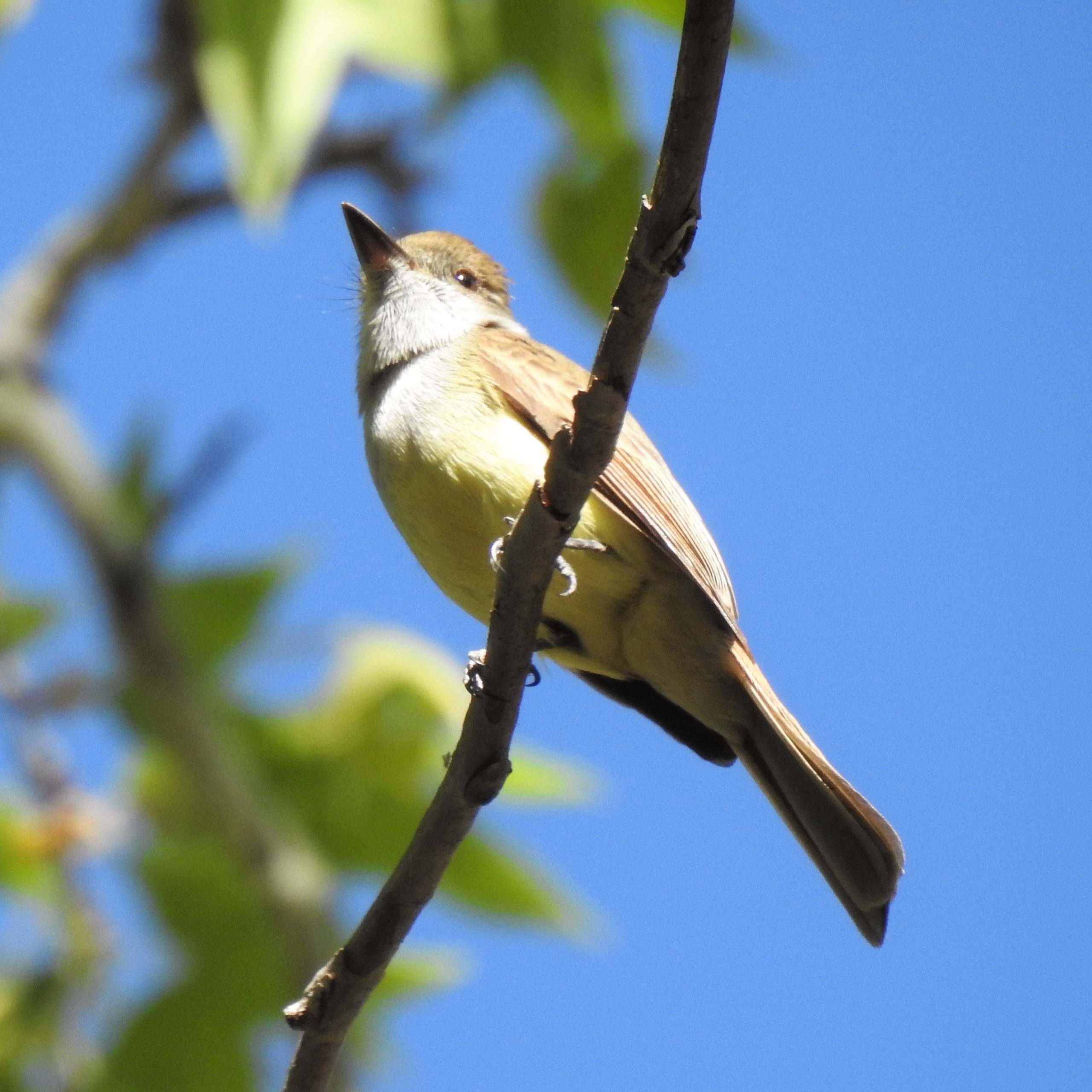 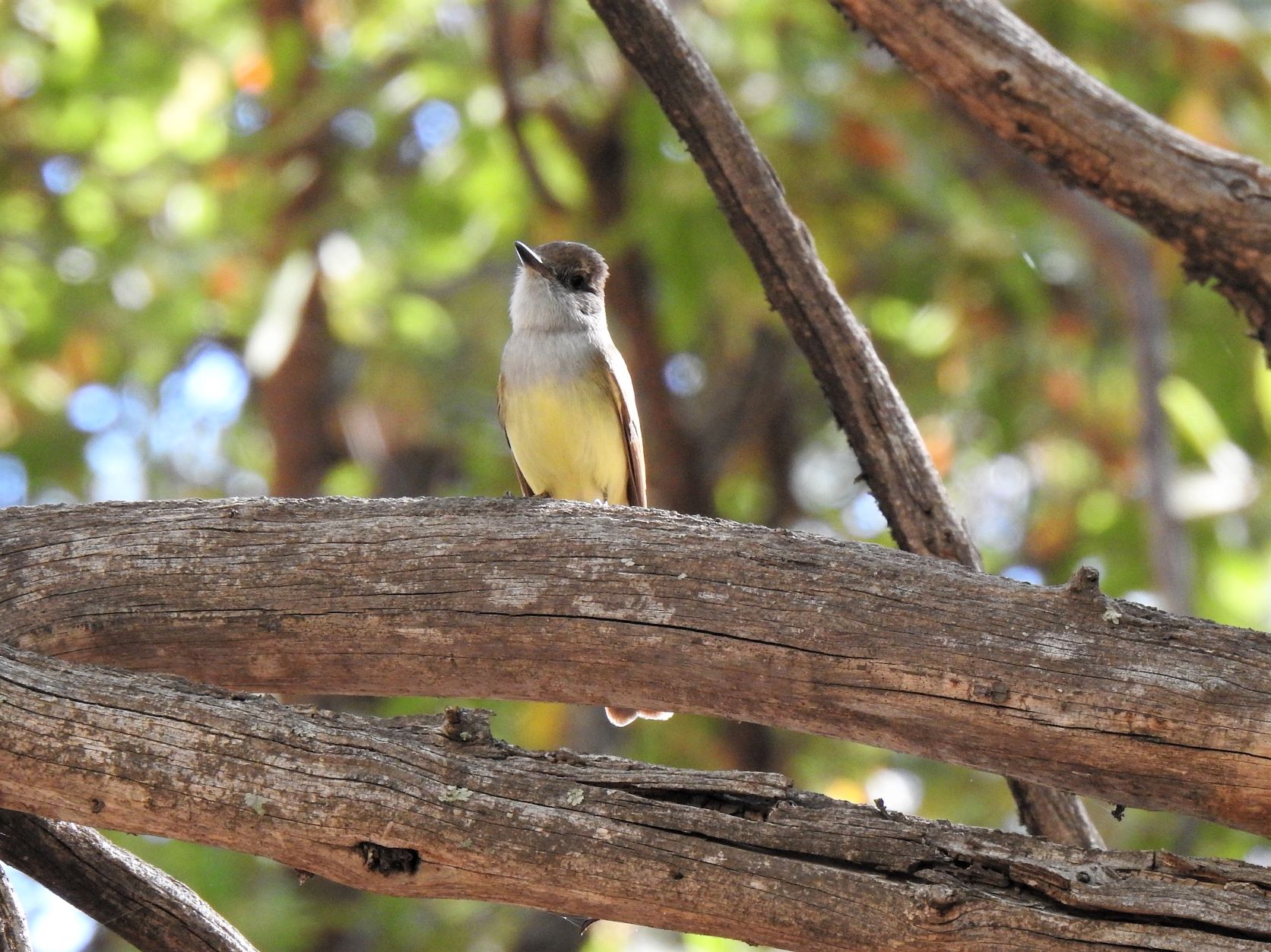 I’m very familiar with the Great Crested Flycatcher of the east. This bird looked similar but was obviously smaller. I saw a few others during the trip—at Tubac on my walk to see the Becard, at Paton’s in Patagonia, and along the trail through the hills nearby. I generally felt confident calling it a Dusky-capped by size alone.

When I finally tracked down the flycatcher for photos, I was along the creek and close to the canyon wall. I could see the rocks through the trees and spotted two creatures climbing up the steep slope. Through my binoculars, I could see that they were Coatis, an animal I’d seen very briefly on my previous trip to Arizona but didn’t expect to see again. Their huge tails were extended downhill behind them, giving them a very elongated, prehistoric look. I didn’t get my camera out in time, which I regretted. A few seconds later, I saw a third one through another gap in the trees. As it turned out, seeing Coatis was not hard. I ran into them at three locations near Patagonia and had my fill, but seeing these climbing the wall was a novel experience.