The Arizona Woodpecker is about halfway in size between a Downy and a Hairy Woodpecker. It’s brown instead of black, and the back is solidly colored with no white. It’s not a particularly flashy bird, but I like woodpeckers and I hadn’t seen one yet. When I mentioned it to other birders, they scoffed and told me it was easy to find along South Fork Road or, if not there, at any one of several feeder stations in the canyon.

I was returning to my car after a couple hours of beautiful but dusty birding. The dust was kicked up by the steady stream of cars driving further up the canyon in search of the trogon (which I kept seeing and hearing around the canyon this morning even though I wasn’t looking for it). I heard the tapping of a woodpecker. It sounded far away and I was struggling to locate it. After a few minutes of walking back and forth to triangulate, I spotted a male Arizona Woodpecker in a large pine right next to the road. 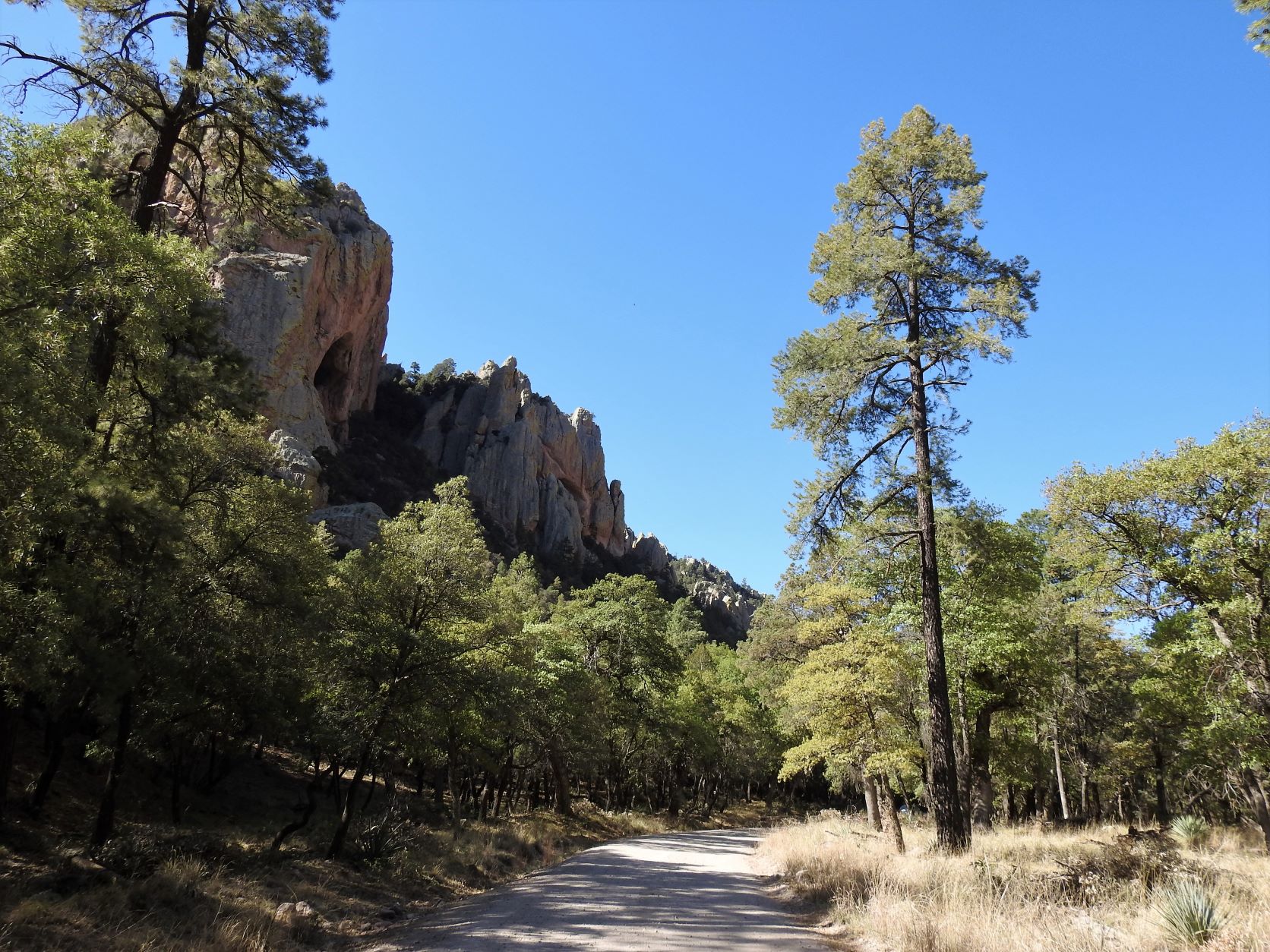 It was perched on the shady side of the tree right next to the stump of a short broken-off branch. The woodpecker would look around for 10-15 seconds, then turn its head and drum on the branch for a bit. The sound wasn’t all that loud. I watched for about eight  minutes before it flew off. About the size of a Hairy but the back was solid brown. It’s cheek was white. From my perspective, its bill seemed disproportionately long. Its chest and belly were streaked brown and white. 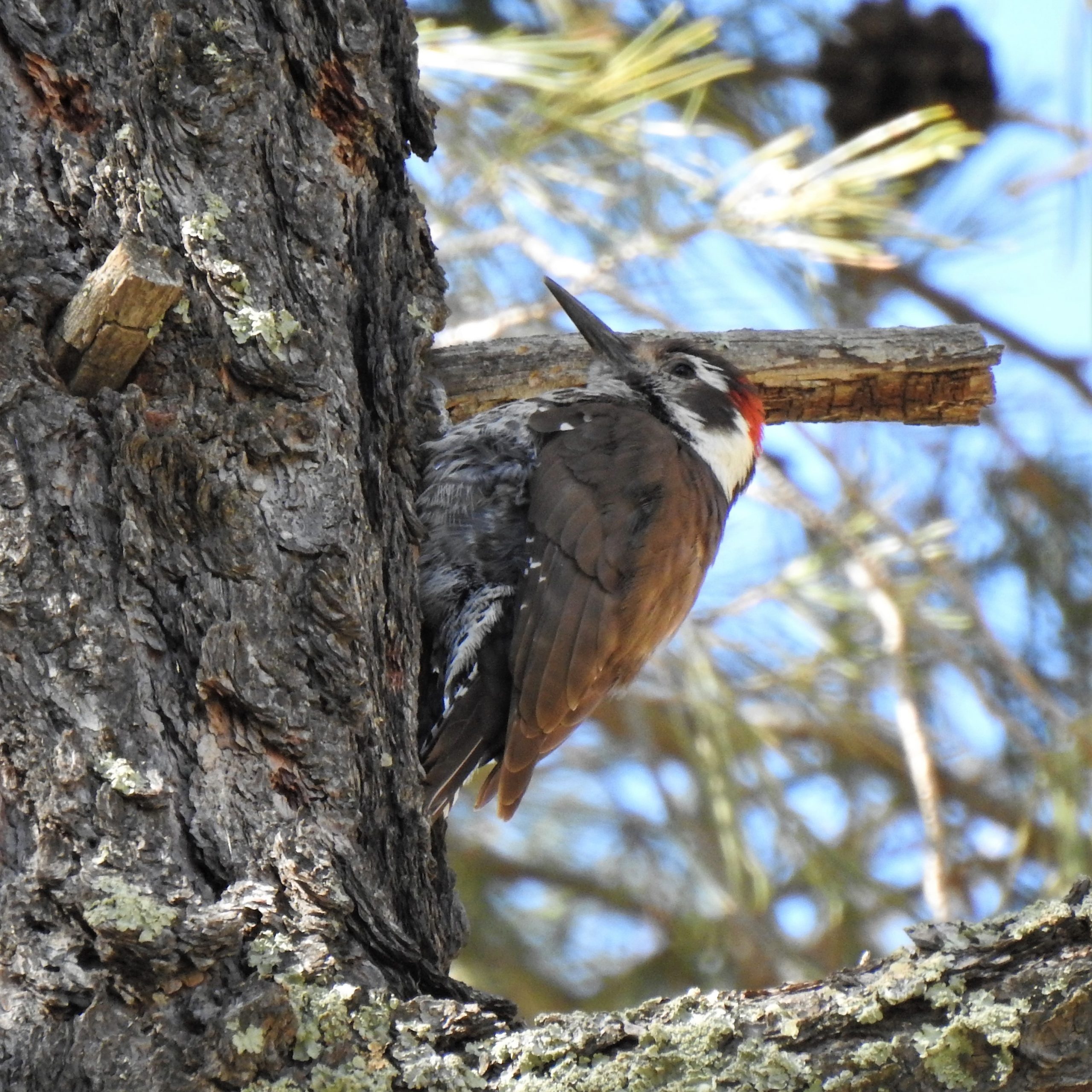 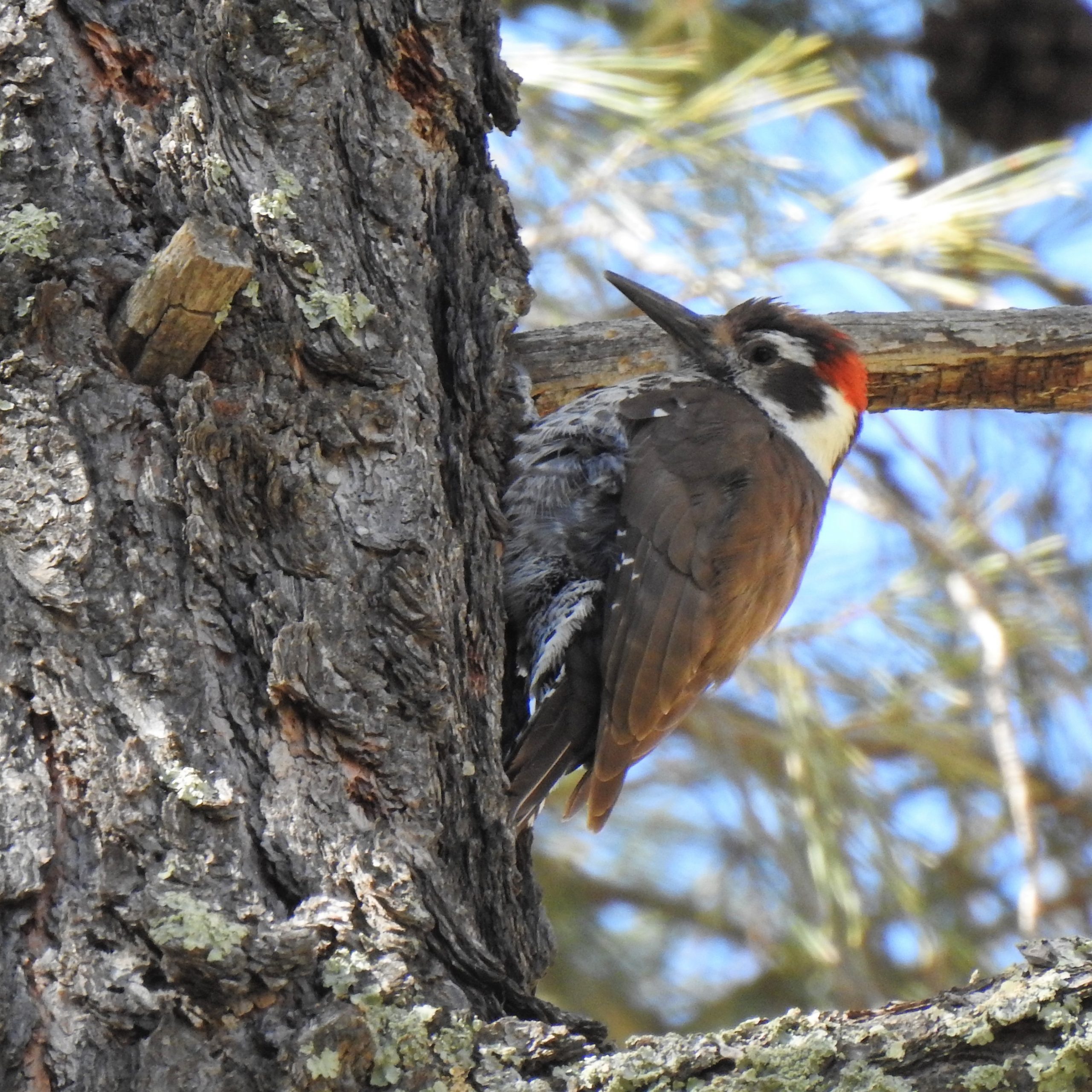 The only other one I saw on the trip was at the feeders at Santa Rita Lodge in Madera Canyon four days later. That one landed on a feeder at one end of the row and quickly made its way down the line, stopping very briefly at each, finding them all empty, then flying on disappearing when it got to the end of the line. 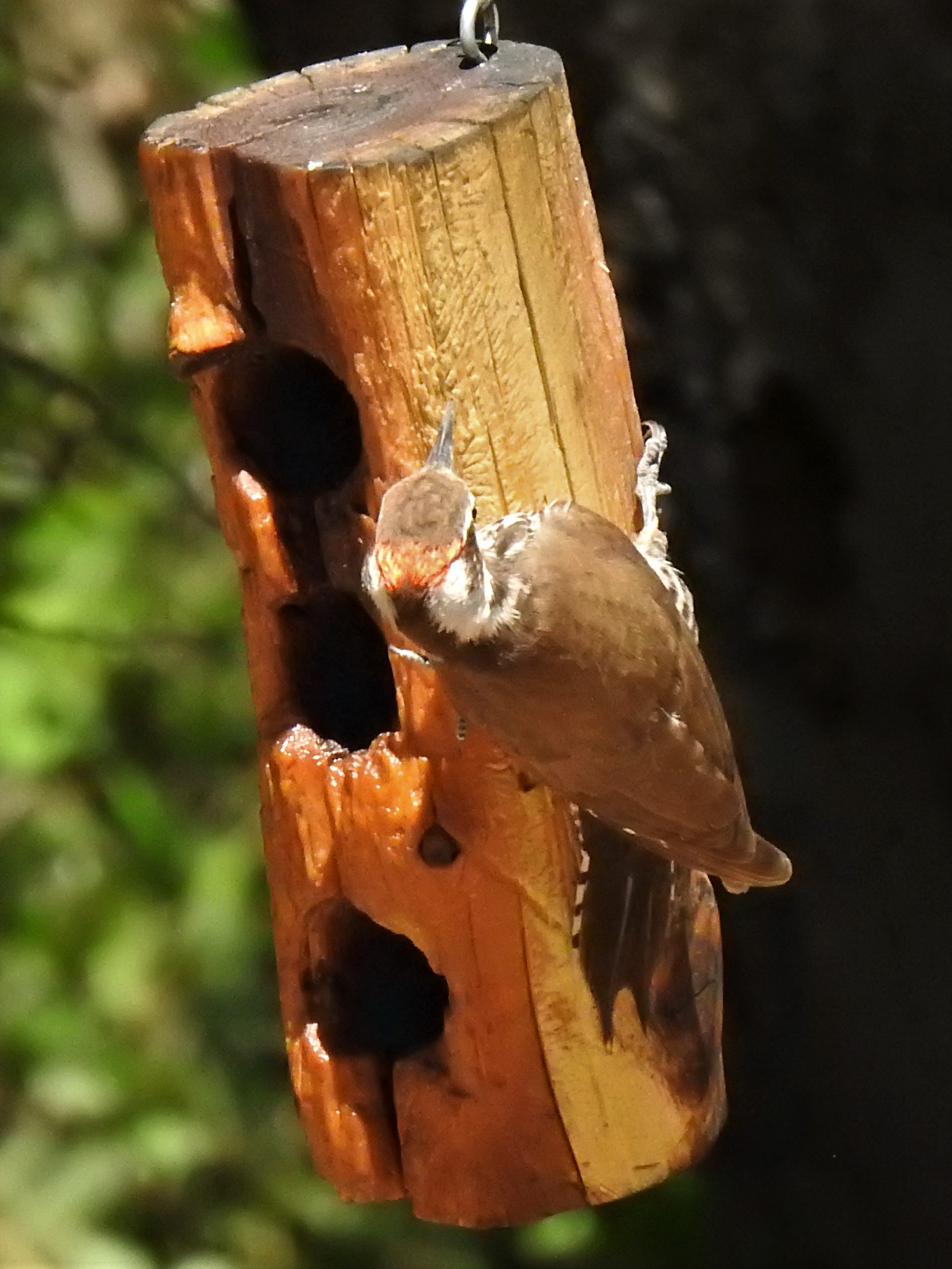