This park was nearly empty on this overcast, cool December afternoon. So much so that the National Park rangers decided it was a good day to wax the floors and we couldn’t enter half the building — one of those outrageous memorial buildings our forefathers were so fond of.

Thomas and Nancy Lincoln moved here from Kentucky in 1816, when Abraham was seven. They farmed 160 acres. Two years later, Nancy died of milk sickness after drinking milk from cows who had eaten white snakeroot. Thomas returned to Kentucky and came back with a new wife, Sarah Bush Johnston, and her three children. In 1830, the Lincolns moved to Illinois.

You could easily come to the conclusion that there’s a religion that worships Lincoln.

Thomas Lincoln made this cupboard. 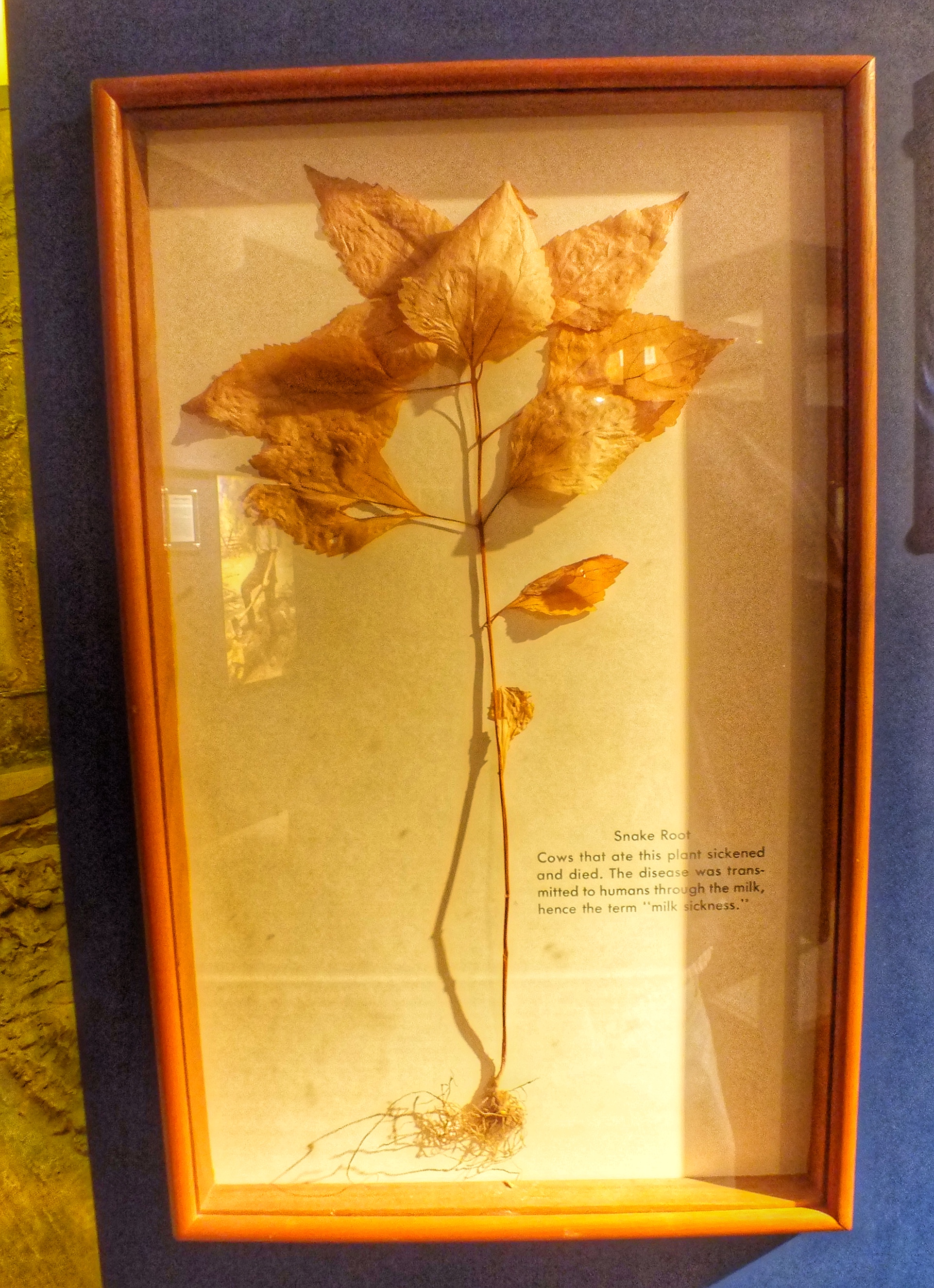 There was also a very pleasant room dedicated to Nancy Hanks Lincoln.

The foundation of a cabin the Lincolns built in 1829 has been discovered and reconstructed in bronze.

The hearth from this cabin has been reconstructed in the visitor center.

A “living” historical farm, made to look like a typical farm in the 1820s, has been constructed in the park, but the only things living there during our visit were some hungry chickens.

The spring used by the Lincolns is barely within the borders of the park.

From the farm back to the visitor center, we walked the Trail of Twelve Stones. 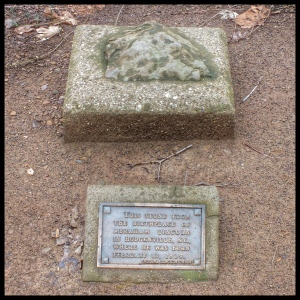 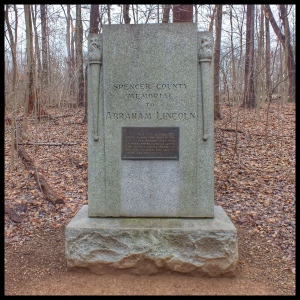 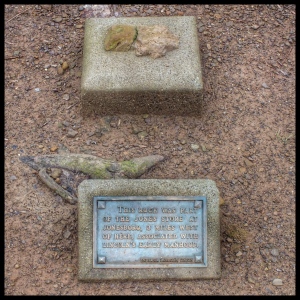 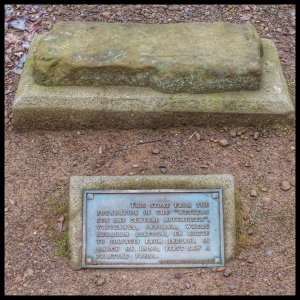 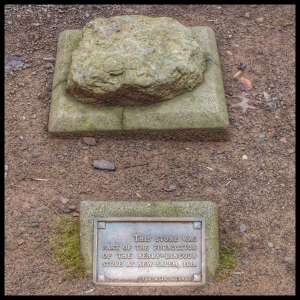 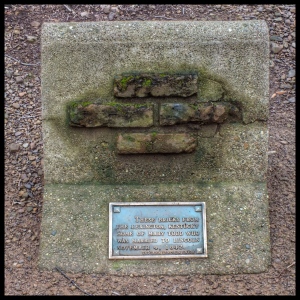 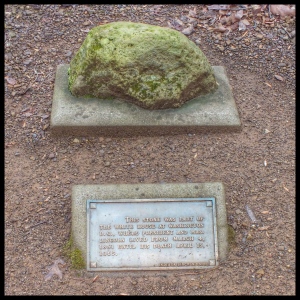 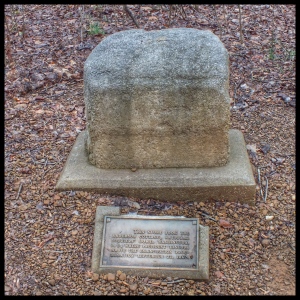 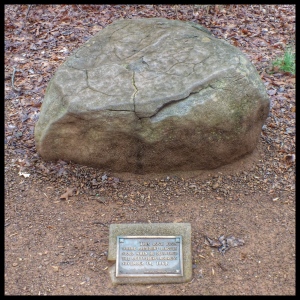 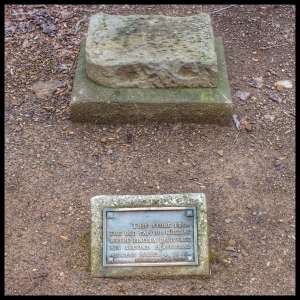 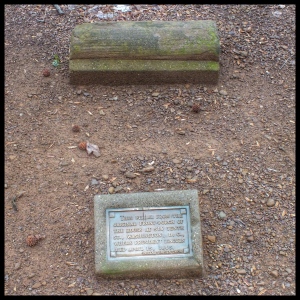 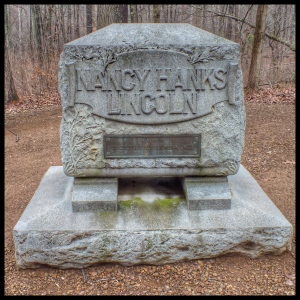 About stone six, I began predicting where the next stone would be from, and I got five of the six right.