From the Lincoln-Herndon Law Offices, we walked across the street to the building that served as the Illinois State Capitol from 1839 until 1876. Well, it’s sorta that building anyway. When the state of Illinois moved out, Sangamon County moved in and used it as a courthouse. They changed everything around and even jacked up the entire building and added a new first floor. 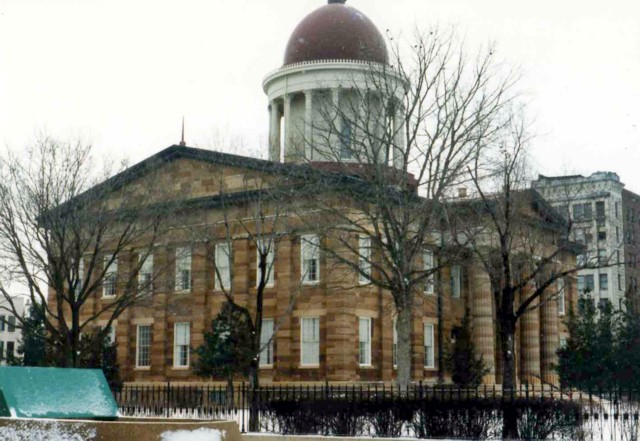 In the 1960’s, the building was taken totally apart. The bricks were stacked on the state fair grounds. The entire thing was then rebuilt, much of it based on guesswork. Only the exterior bricks and a few pieces of furniture are original.

When we walked in, the place was empty. A guy wandered out from somewhere and told us we could walk about if we cared to but there would be no tours. We were disappointed, but what could we do? We began ambling about. After just a few minutes, a lady came from somewhere and said she’d give us a tour. This meant that we actually got to go into the various rooms, which was nice, but it was obvious that she didn’t know much. She geared her entire talk to my daughter and made the assumption that she had an Illinois public school education. She kept asking her things like, “Have you ever heard of Abraham Lincoln?” Whenever I asked her a question, she rambled on and never really said anything. We found out a lot more about a party, recently held in the building, that a friend of hers had attended, than we did about the history of the capitol.

The building was beautiful, inside and out, but I was unhappy with the tour. I was also unhappy that the copy of the Gettysburg Address that was supposed to be on display in the lobby was nowhere to be seen.

Anyway, this is what the state clerk’s office might have looked like. The desk that is barely visible in the lower left-hand corner is one of the few original pieces of furniture in the building. 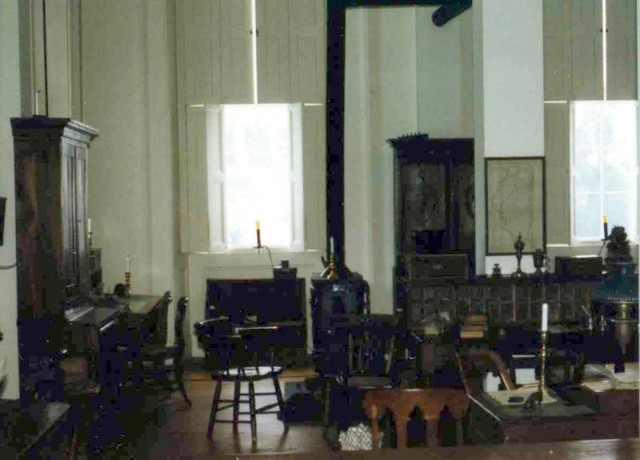 And this is the governor’s reception room, which served as Lincoln’s headquarters following his presidential nomination. It has been remodeled based on an engraving from Leslie’s Illustrated magazine, to look as it did at that time. 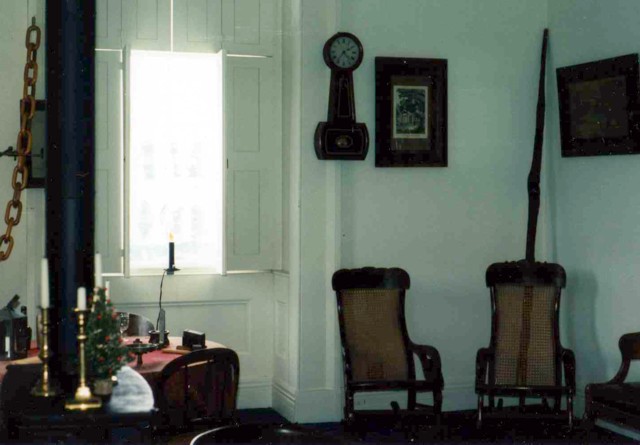 Continuing on our tour, here we have the senate chamber. One of the original desks is in the room, and the remainder were patterned after it. 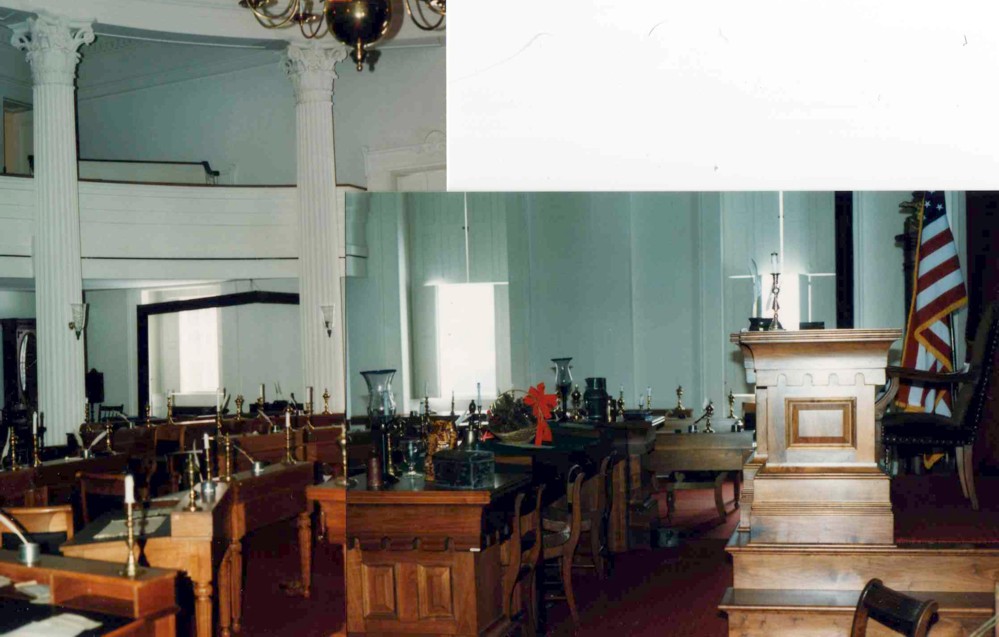 And here we have Representatives Hall. This is where the famous party took place, so all the furniture was pushed to one side of the room. It was in this room that Lincoln’s body was laid out for viewing after his death (duh!). 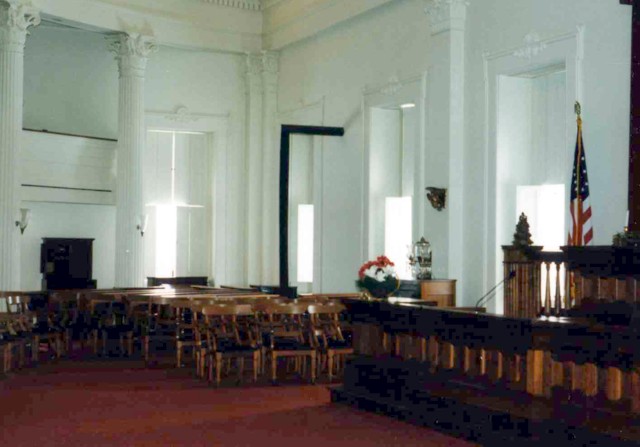