From the mid-1830’s through about 1870, immigrants and gold miners followed the Oregon Trail west along the Platte River. Traces of the trail can still be see near the town of Guernsey. 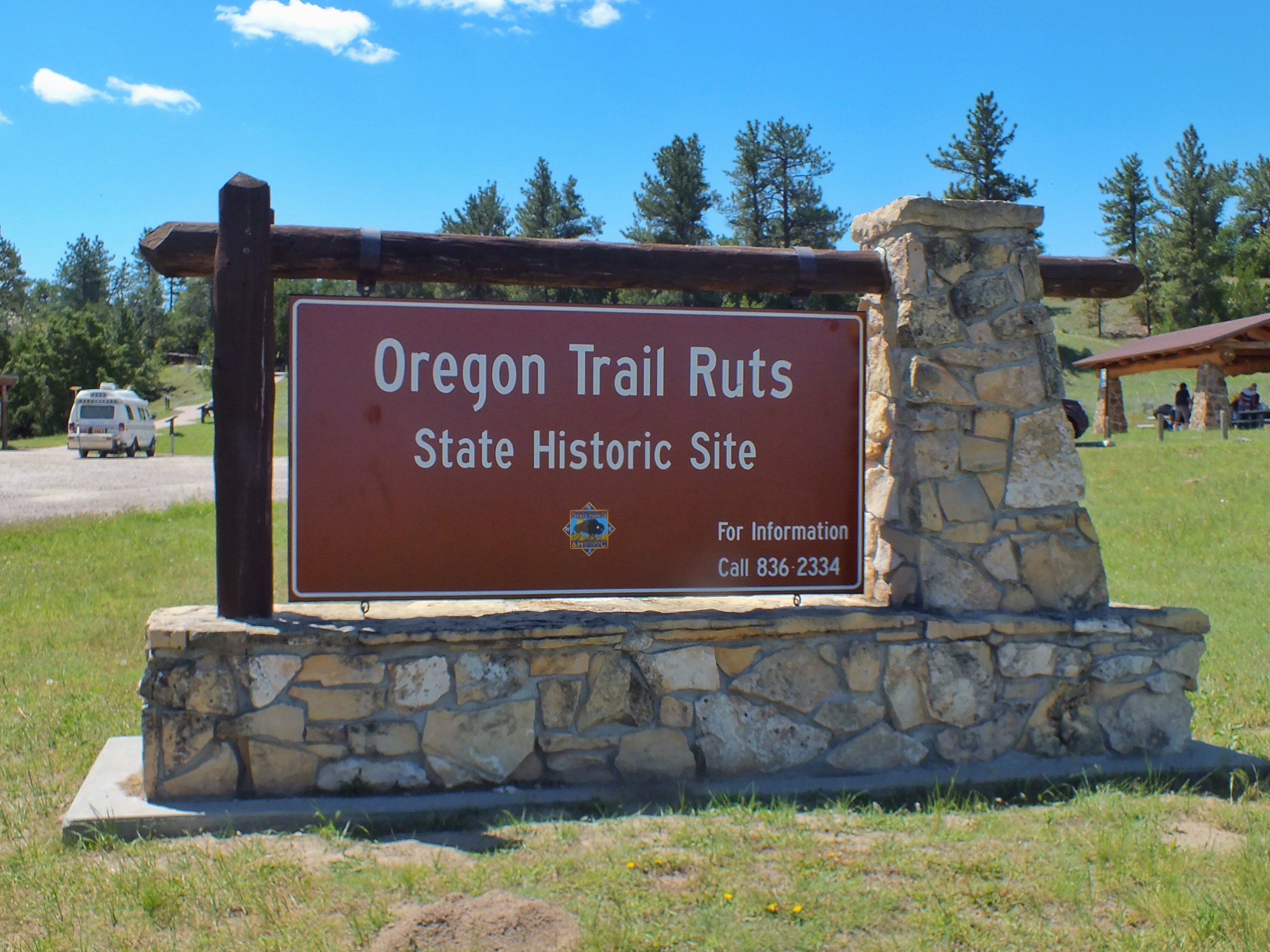 At Oregon Trail Ruts State Historic Site first, a short looped path runs along the trail. Over the years, the iron rims on wagon wheels cut a trench in the limestone on a low hill above the river. 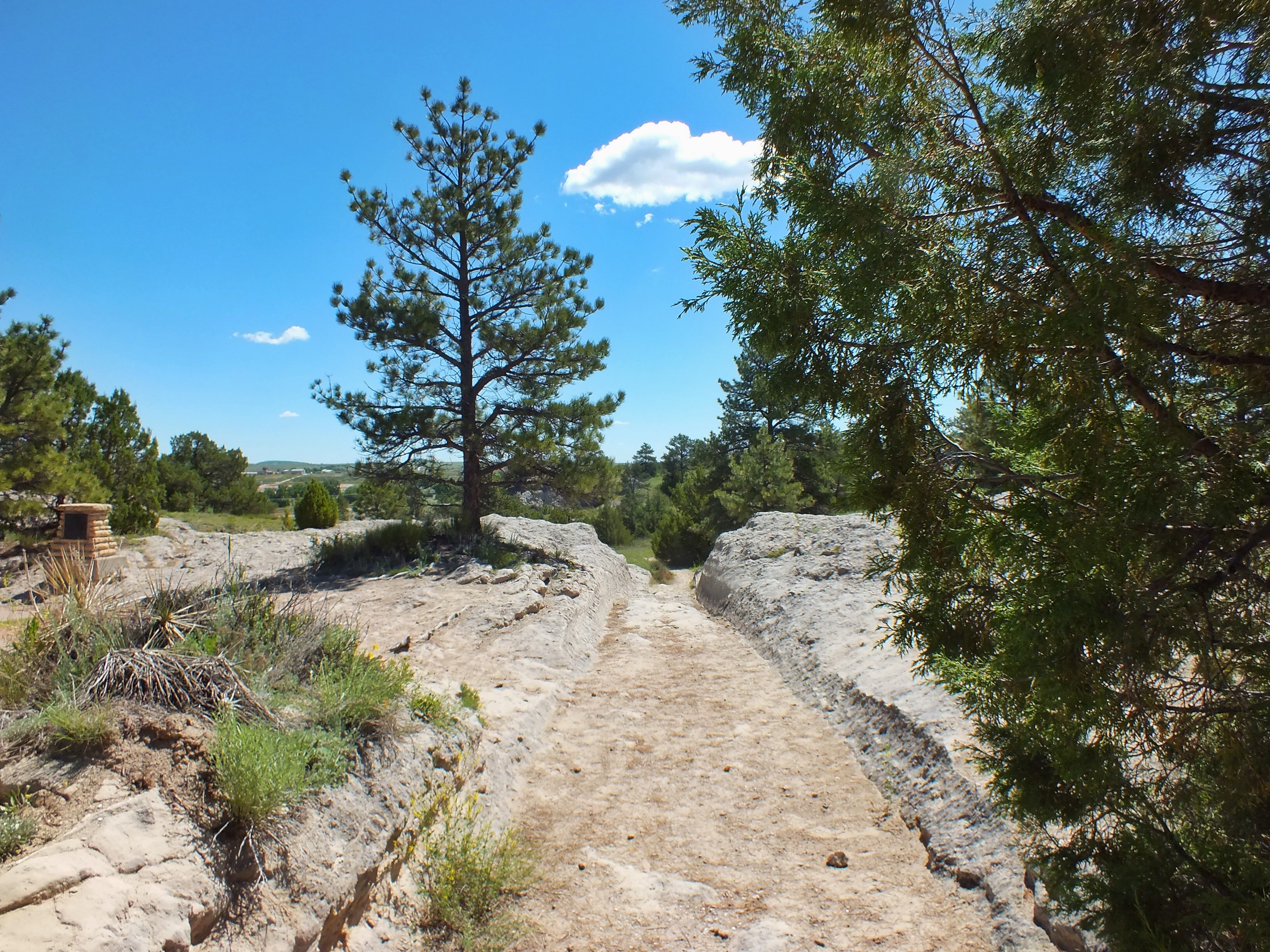 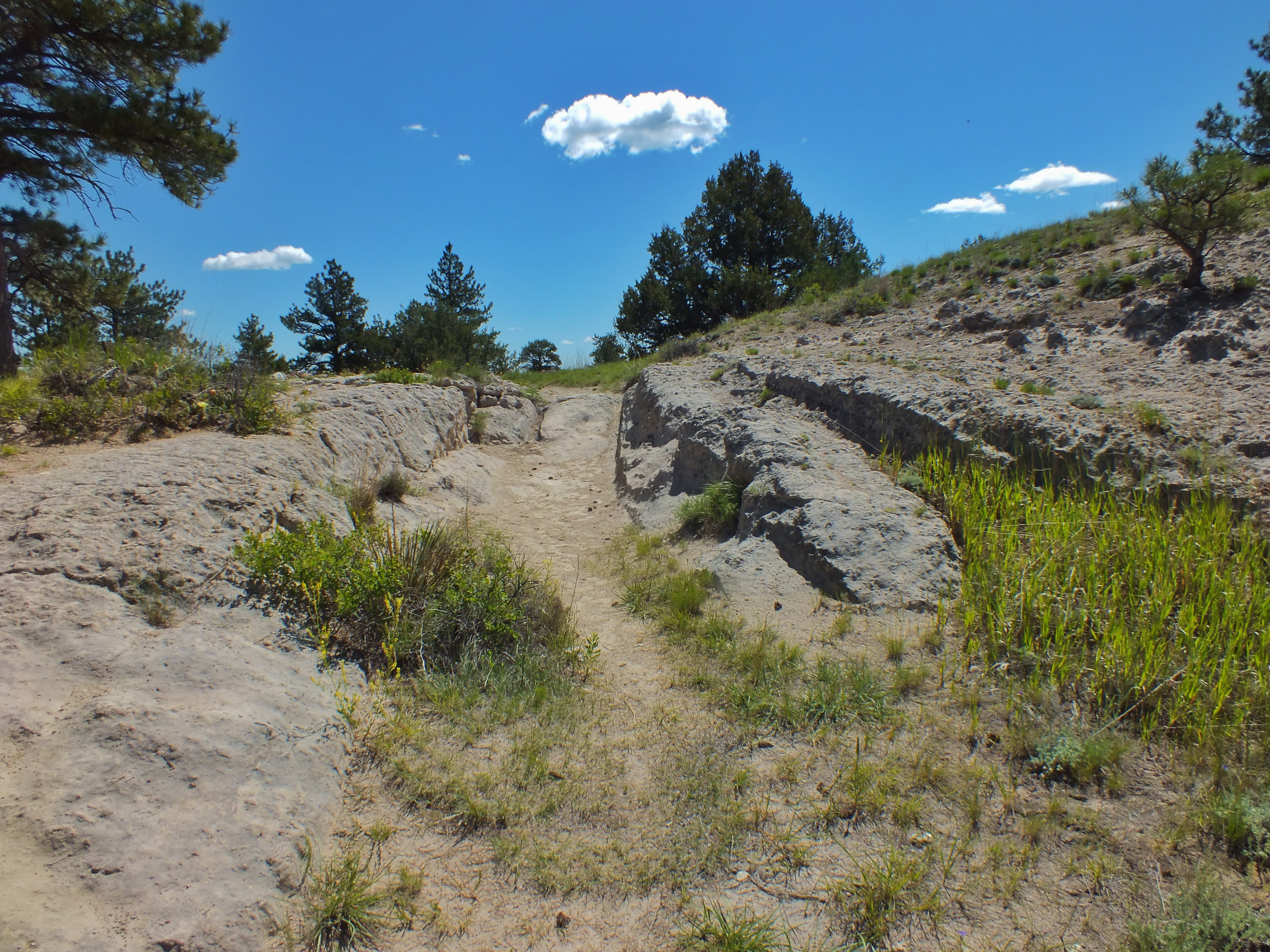 Even where there was no limestone, a depression marks the route of the old trail. 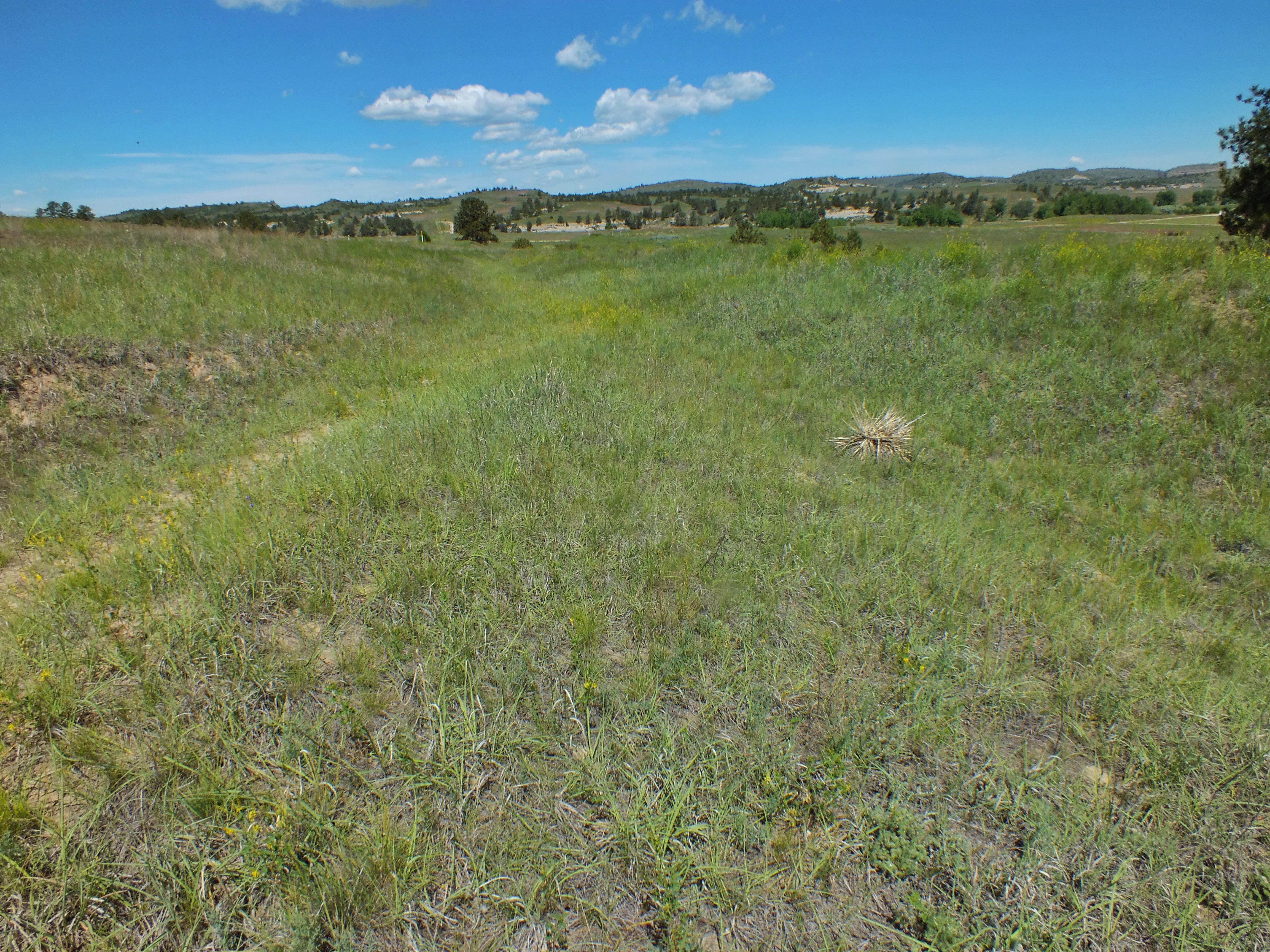 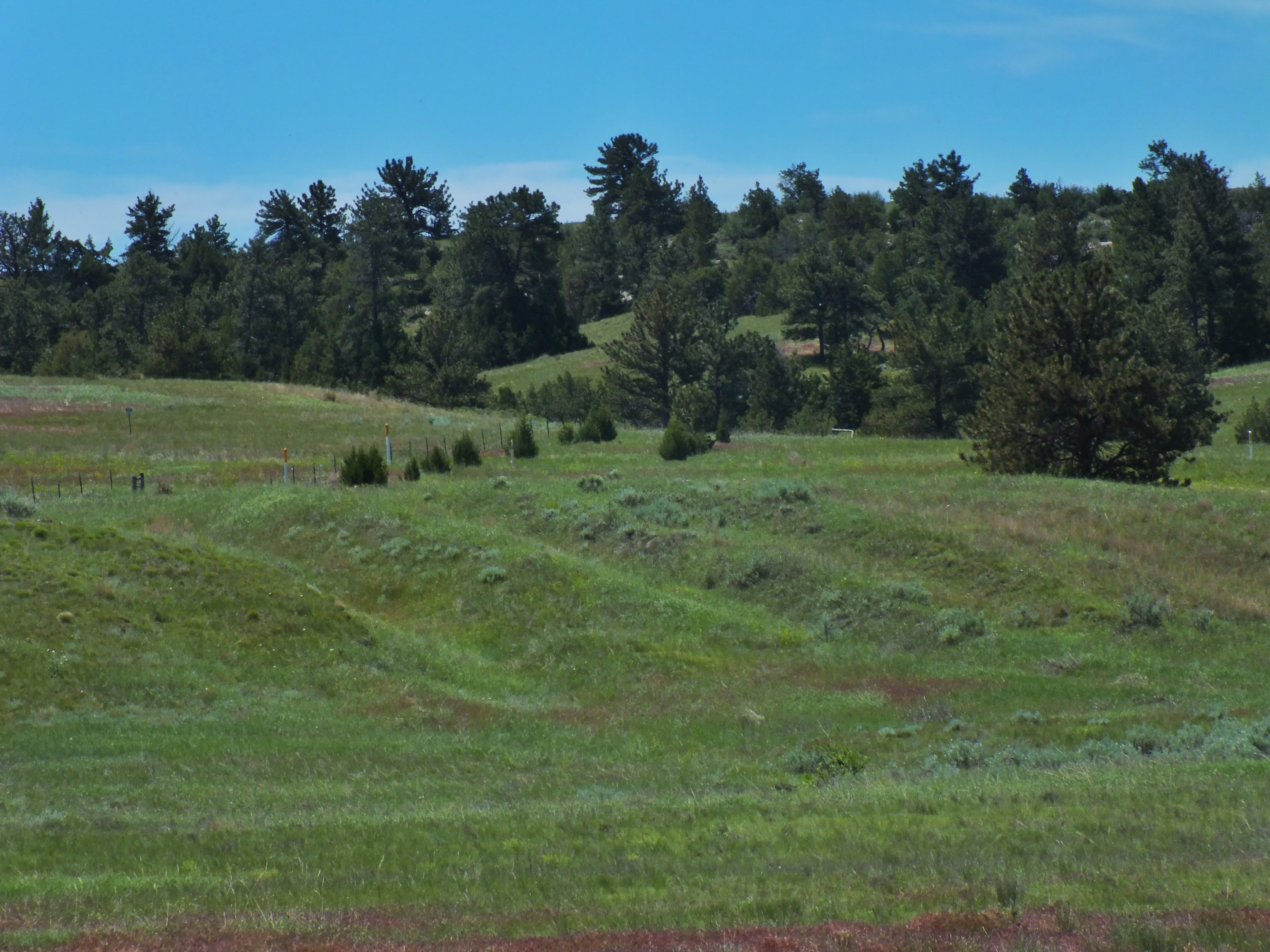 The park was also notable for one of the most over-written signs I’ve ever read. 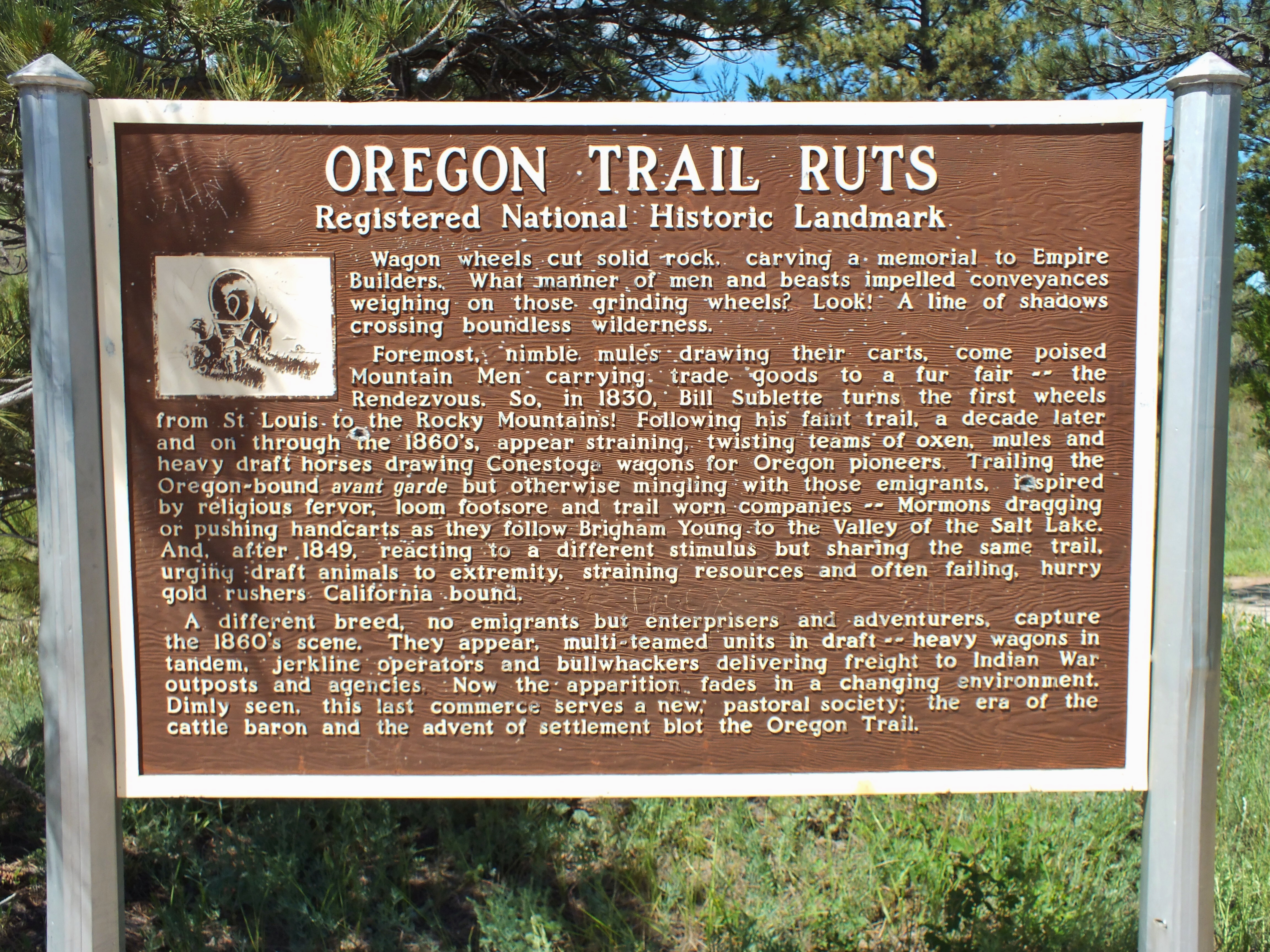 It took me perhaps 15 minutes to see all there was to see. I drove a couple miles to another site called Register Cliff.

This was a popular camping ground for immigrants on the trail, and many of them carved their names into the limestone cliff face. Hundreds of others have since carved their names too, and it was difficult in some places to find the old ones. But the state had protected one section of cliff with a fence, and here I could see many names carved in the 1850’s. 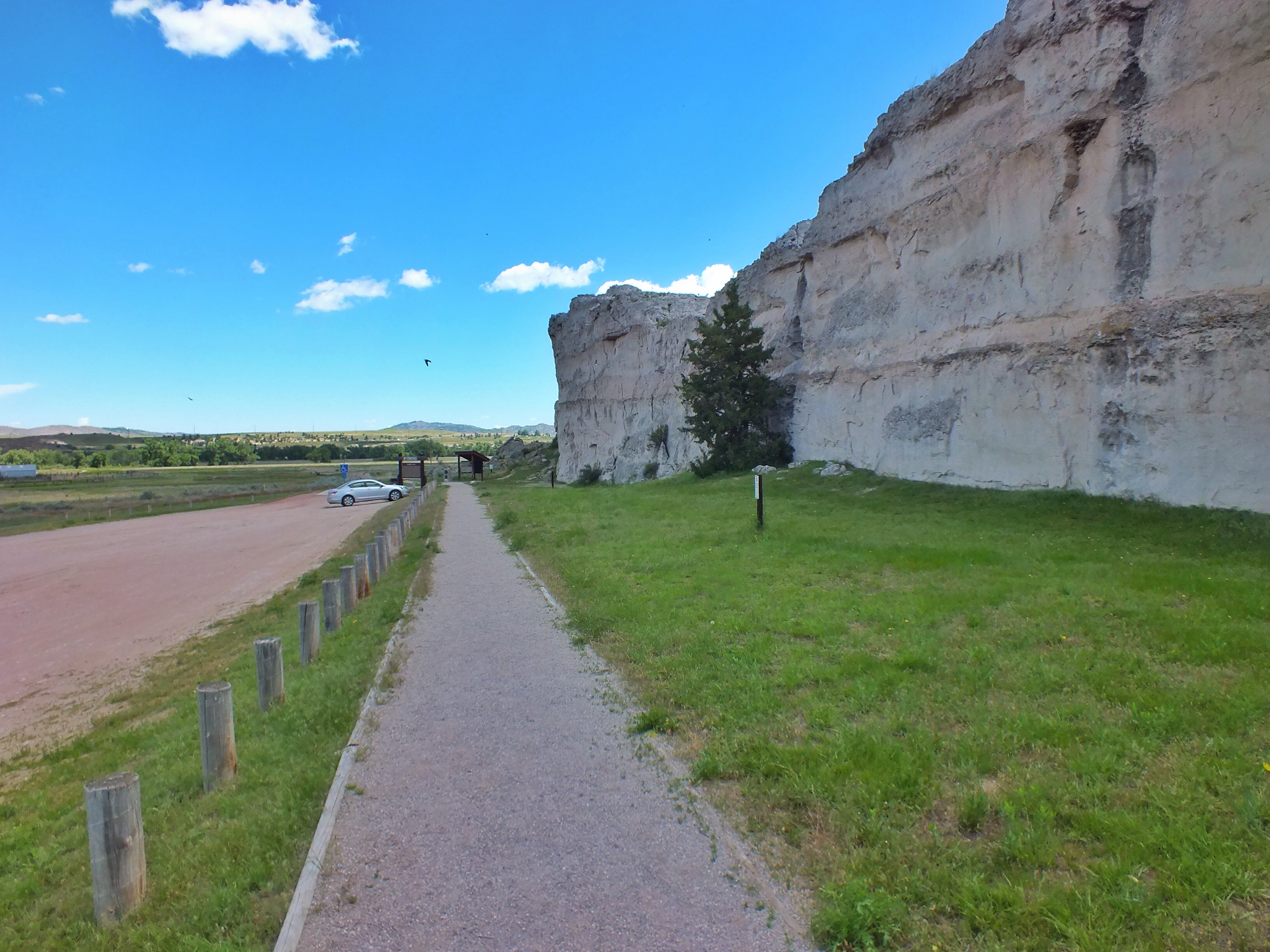 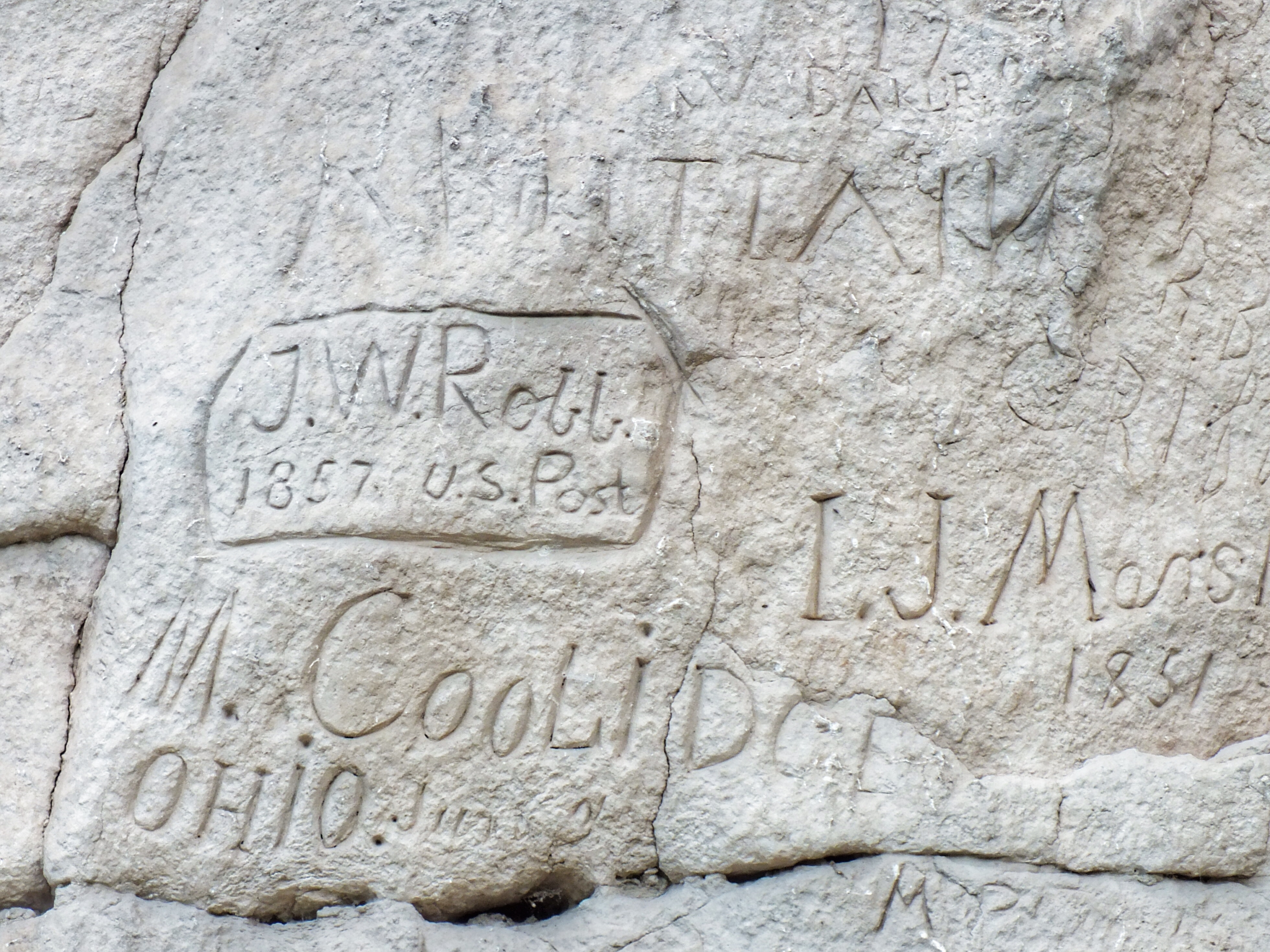 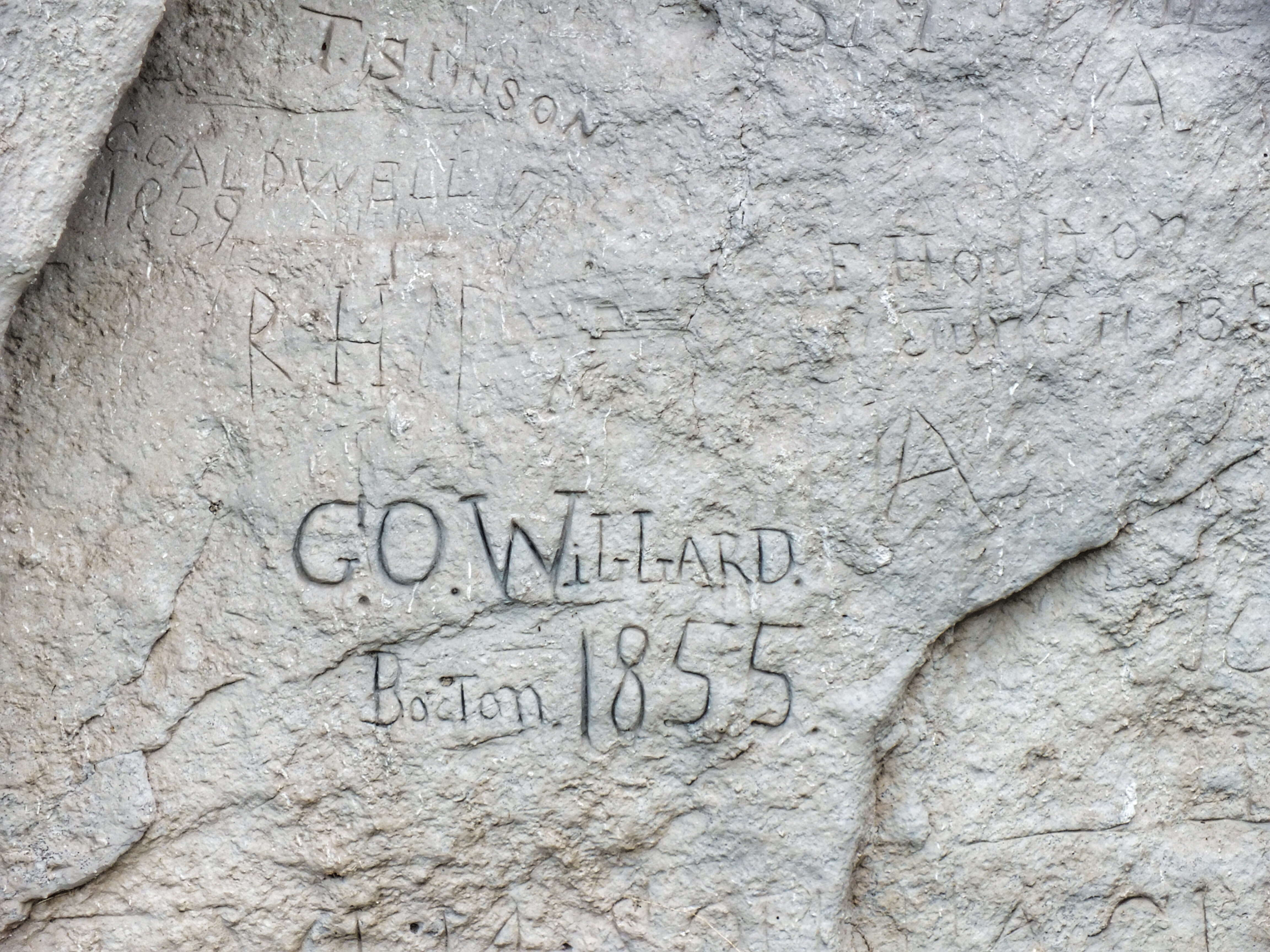 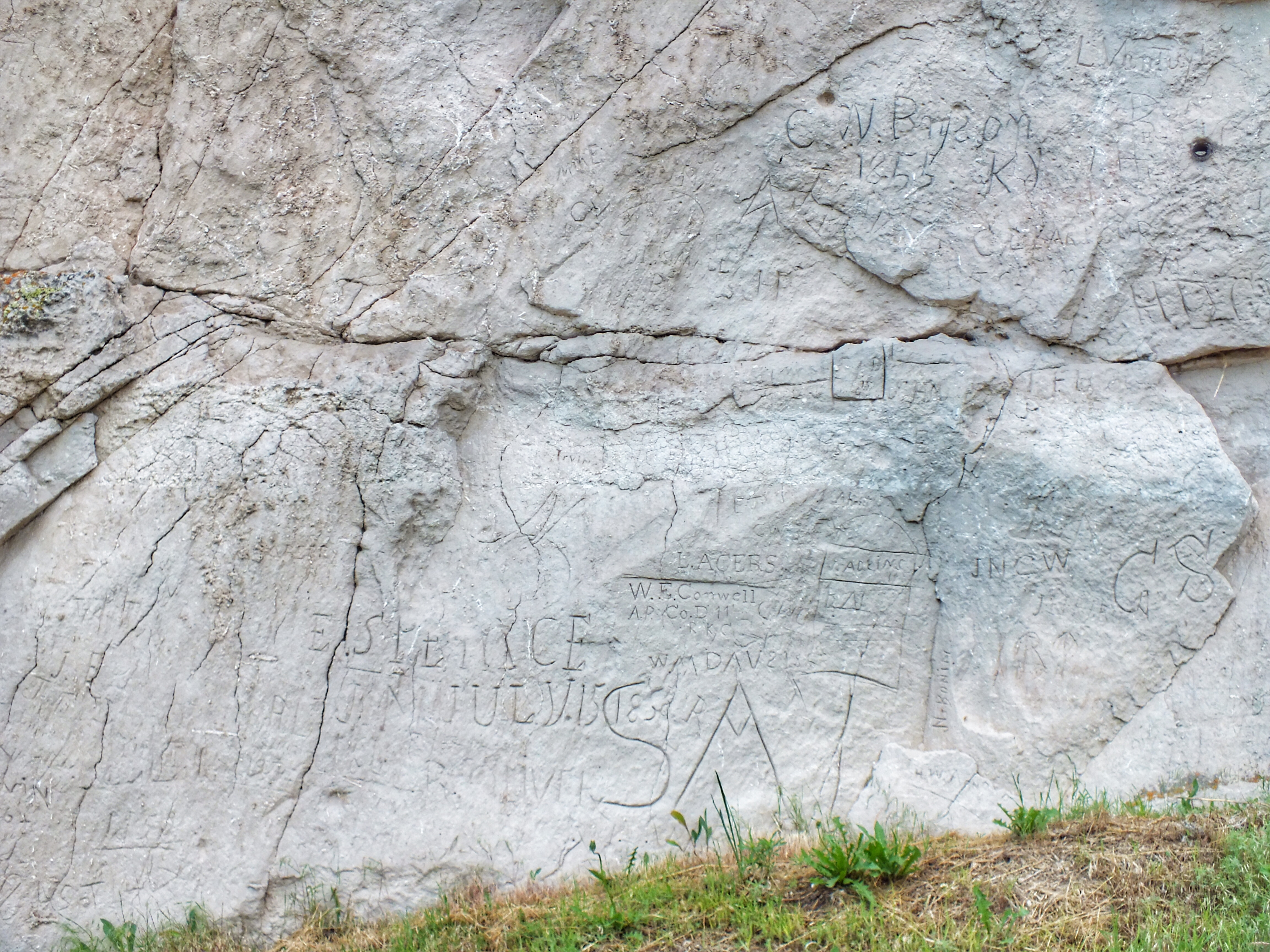 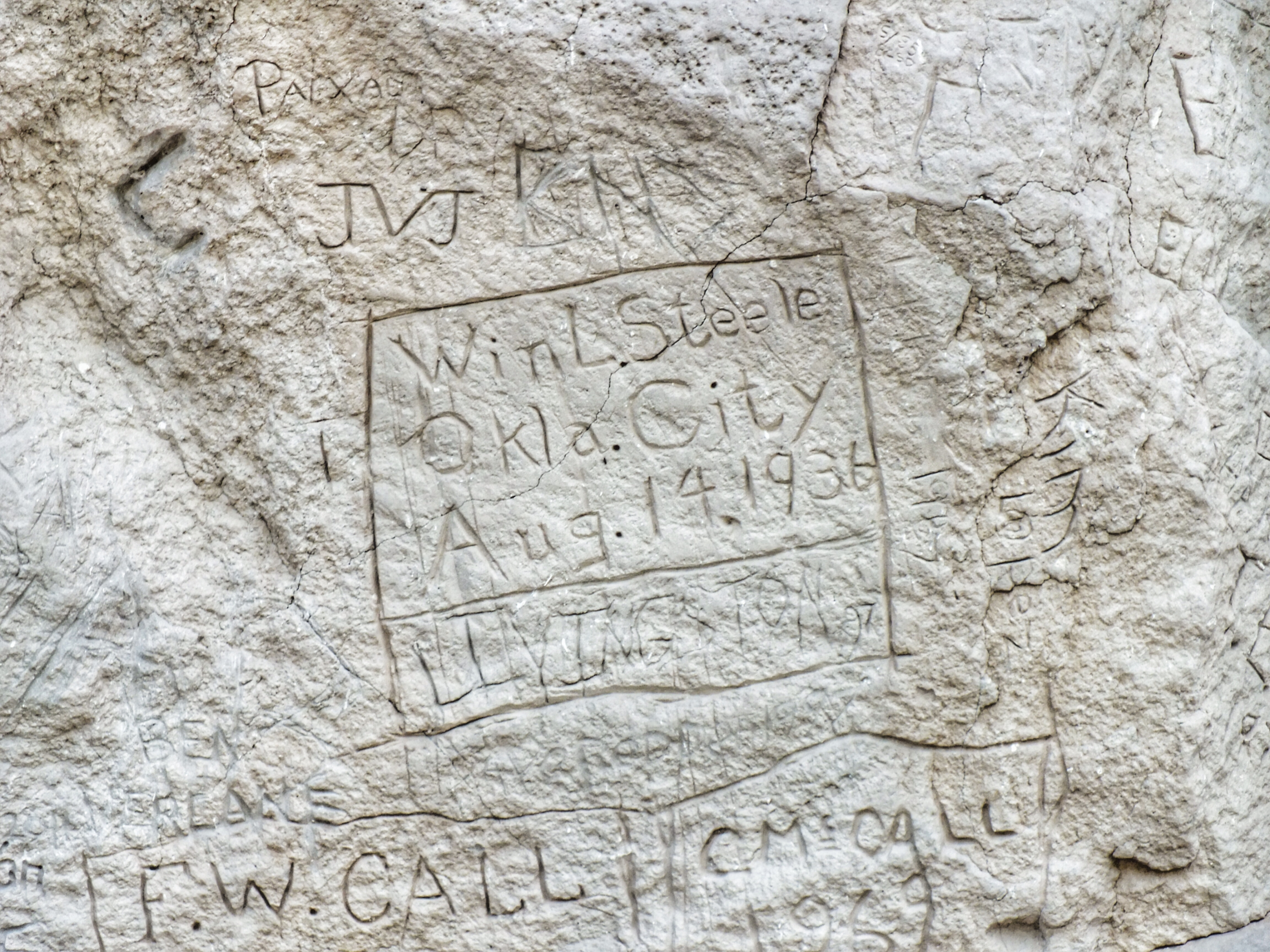 After traffic on the trail declined, settlers built their homes next to the cliffs. One homesteader dug a cave into the cliff for cold storage. You can see it just to the left of the sign in the panorama photo above. Hundreds of Cliff Swallows were flying in and out of nests everywhere the cliff provided any cover from the weather. 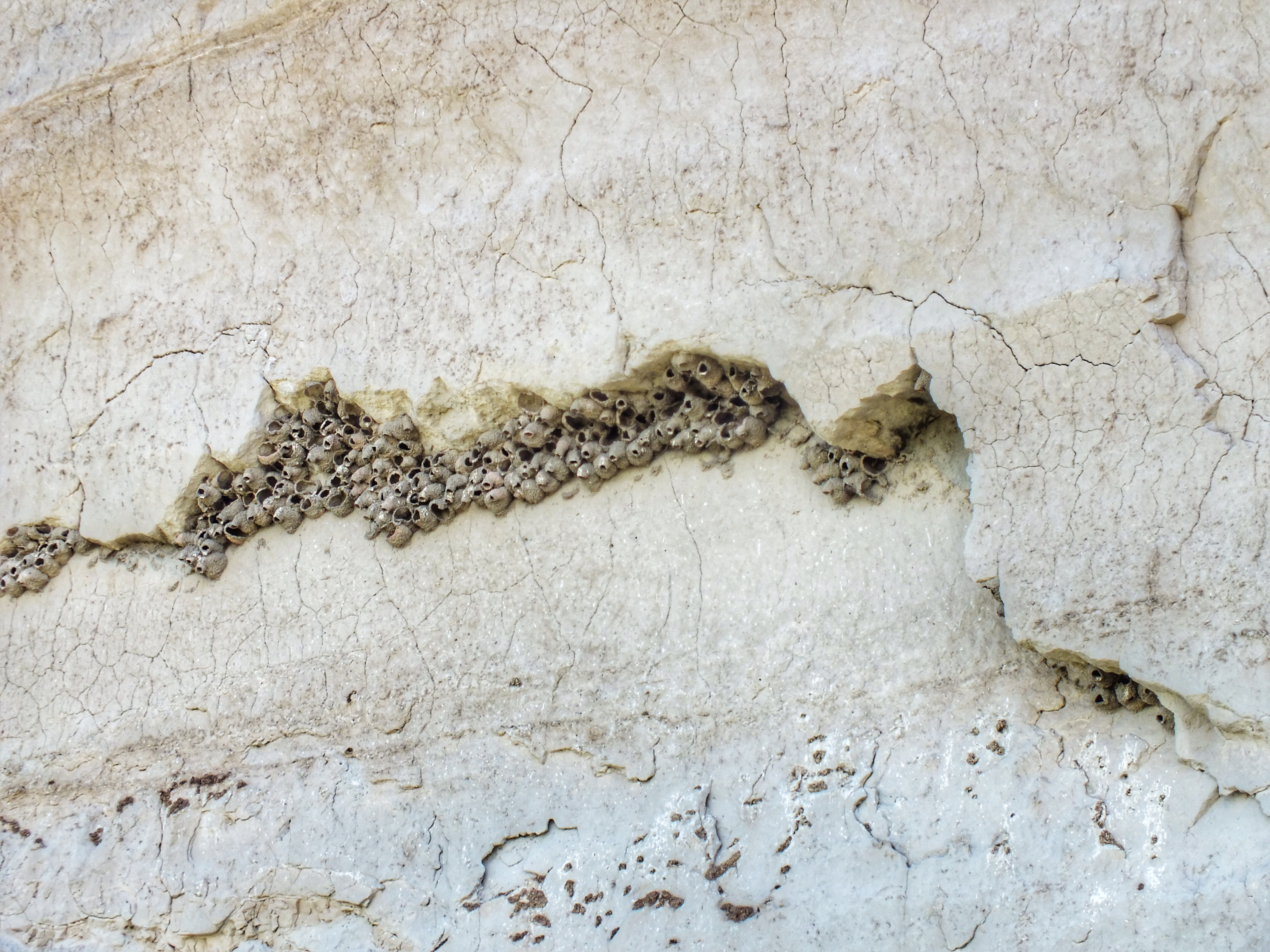 The Platte River is perhaps 150 yards from the base of the cliff. Near the parking lot, I found a Pony Express Trail marker along the bank. 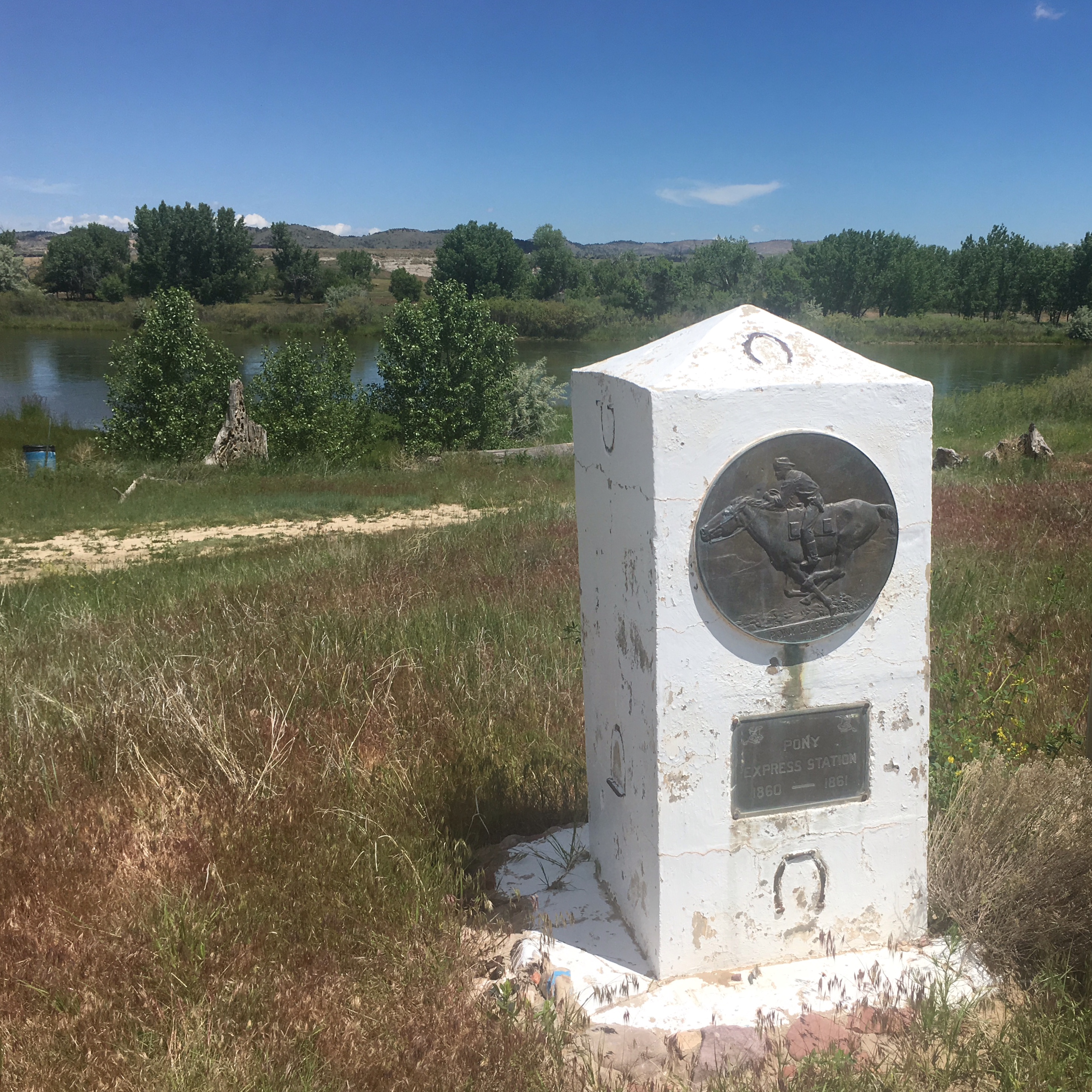 I ate lunch in Guernsey at a small cafe called Twister Eatery. It wasn’t fancy, but my ham and cheese sandwich was delicious and the wait staff was friendly.