A coworker offered us these tickets on Thursday, and we immediately accepted. It took us two hours to drive to Coors Field through Friday rush-hour traffic. We paid $30 to park a block away and another $28 for a surprisingly-good cheeseburger, hot dog, fries, peanuts, and a lemonade. We’d been in our seats for maybe two minutes when the game began.

I hadn’t been in a park this empty since I saw the White Sox/Royals in 2006.

The game was fun. The Rockies jumped off two a two-run lead on Nolan Arenado’s 40th home run of the season. The Padres came back in the top of the second to tie it on a homer by catcher Austin Hedges. The Rockies got a single run in the bottom of the 2nd and five in the 4th on back-to-back homers by Trevor Story and Garrett Hampson. San Diego scored five of their own in the 6th to draw within one. Story hit another homer in the 6th and the Rockies held on to win 10-8. There were three or four excellent fielding plays along the way.

We relaxed and enjoyed ourselves. After the fifth inning, people filtered down into our section from further up and made things less enjoyable. A clown sat in front of us who kept cracking jokes to his girlfriend and laughing loudly at them. A kid sat behind my wife and kicked her chair repeatedly until she turned around and stared at him. His mom kindly took him down to an empty section. We stayed until the final out, battled the construction traffic on I-25, and got home around 11:30.

Here’s a time-lapse of the eighth inning. 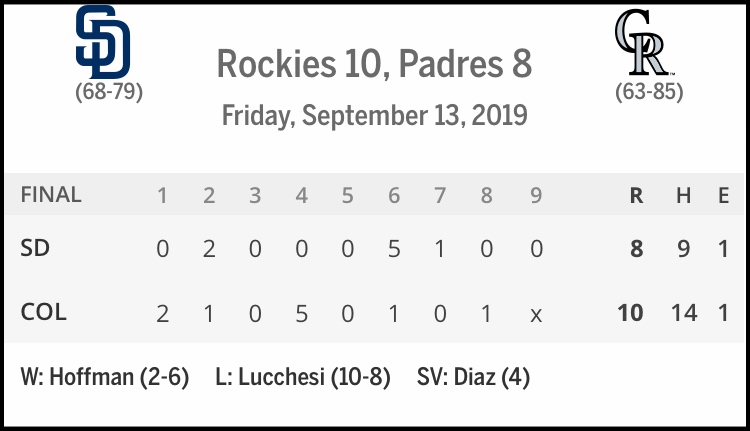 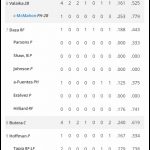 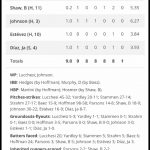 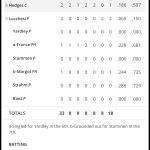 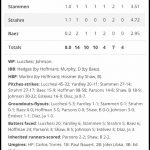