We went shopping on the way home from church. I was waiting patiently by the registers at King Soopers while my wife checked out. I looked at Facebook and saw a post from the Colorado Field Ornithologists that someone had found a Groove-billed Ani along Sand Creek on the north side of Denver. I informed my wife that I was taking off as soon as I dropped her and the groceries at home.

Groove-billed Anis are considered “local and uncommon” in south Texas during the summer. They do wander occasionally—as far as I can tell, this is the fifth one ever seen in Colorado. Anis are related to cuckoos, with long floppy tails and huge parrot-like bills.

I had a walk of about 200 yards from where I parked to where a large group of birders were lined up looking down into a brushy creek channel. None of them, I noticed immediately, were looking through their binoculars, cameras, or scopes. I spotted Chris, a birder I’ve bumped into a few times before, and asked him what was happening. He said the ani was down in the bushes along the creek and hadn’t been seen for about 35 minutes. He also said he expected the bird to show up again soon because it was far too early for it to have settled down for the day.

You can see a few birders on the left side of the photo. To their right, there’s a larger, darker-leafed tree. Just to the right of that is the patch of bushes where I saw the ani. 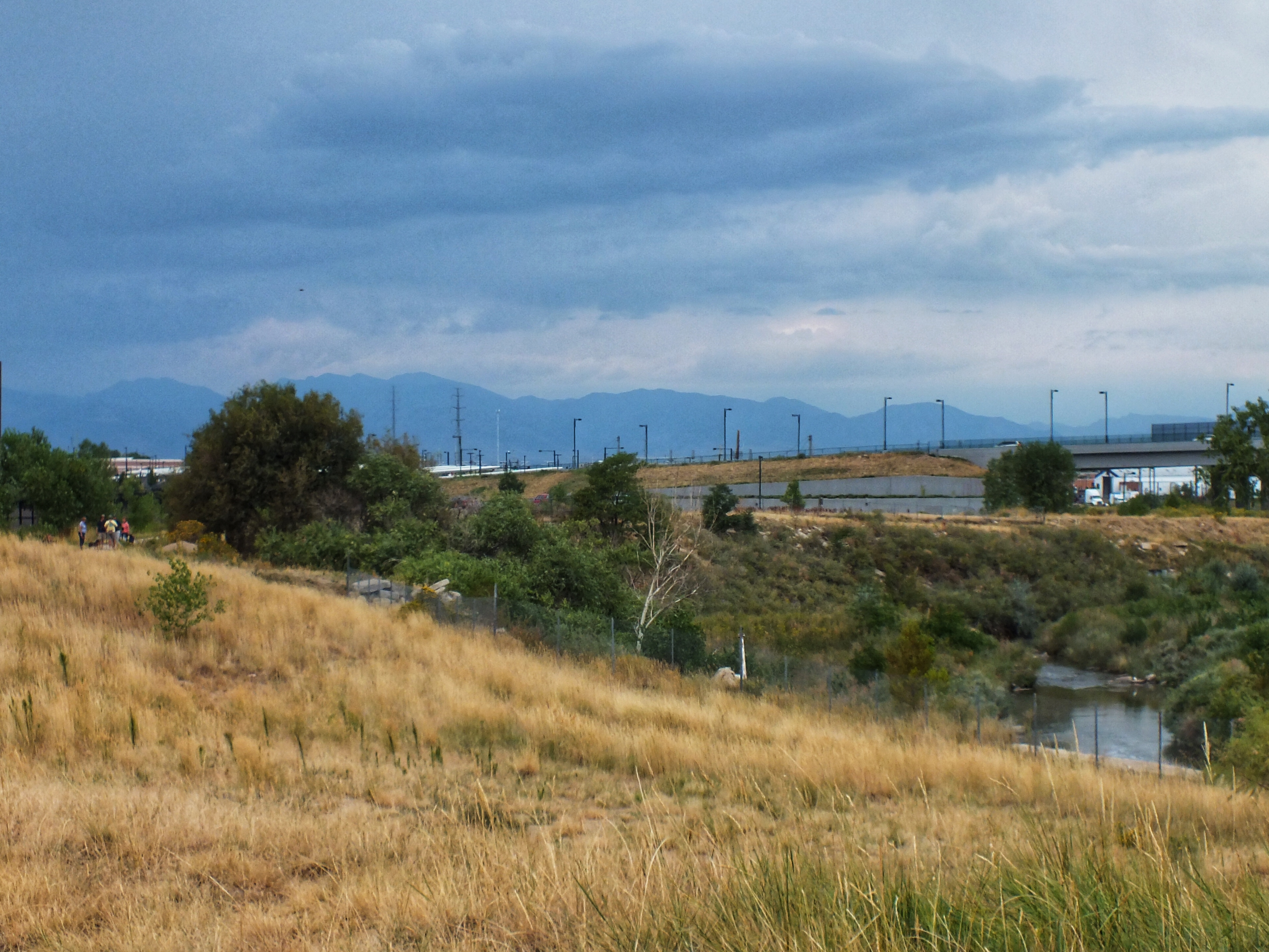 I joined the line and kept my eyes on the brush where the bird was last seen and on the clouds building to the west. It was a pleasant afternoon, compared to the hot summer we’ve had. It was around 80° with a light breeze and more humidity than is the norm for Colorado.

After perhaps 25 minutes, I heard a sharp “pep, pep, pep” coming from a bush right along the bank of the creek. A few seconds later, someone yelled, “There it goes. ” I spotted a thin black bird trailing a tail that seemed to be as long as the rest of its body. It flapped fairly slowly for about 30 yards across a grassy patch and then dove into a clump of bushes.

We all moved down that way. I found a spot to stand on top of a small hill of dirt that allowed me to see down into the bushes. Seconds later, the ani flew and landed on a branch in a small opening right in front of me. Although parts of it were generally hidden by cottonwood leaves blowing in the wind, I had good views. I think I was the first person to spot it in that location, and I was able to show it to several other birders. After I took several photos and videos, I stepped aside to let others see it. 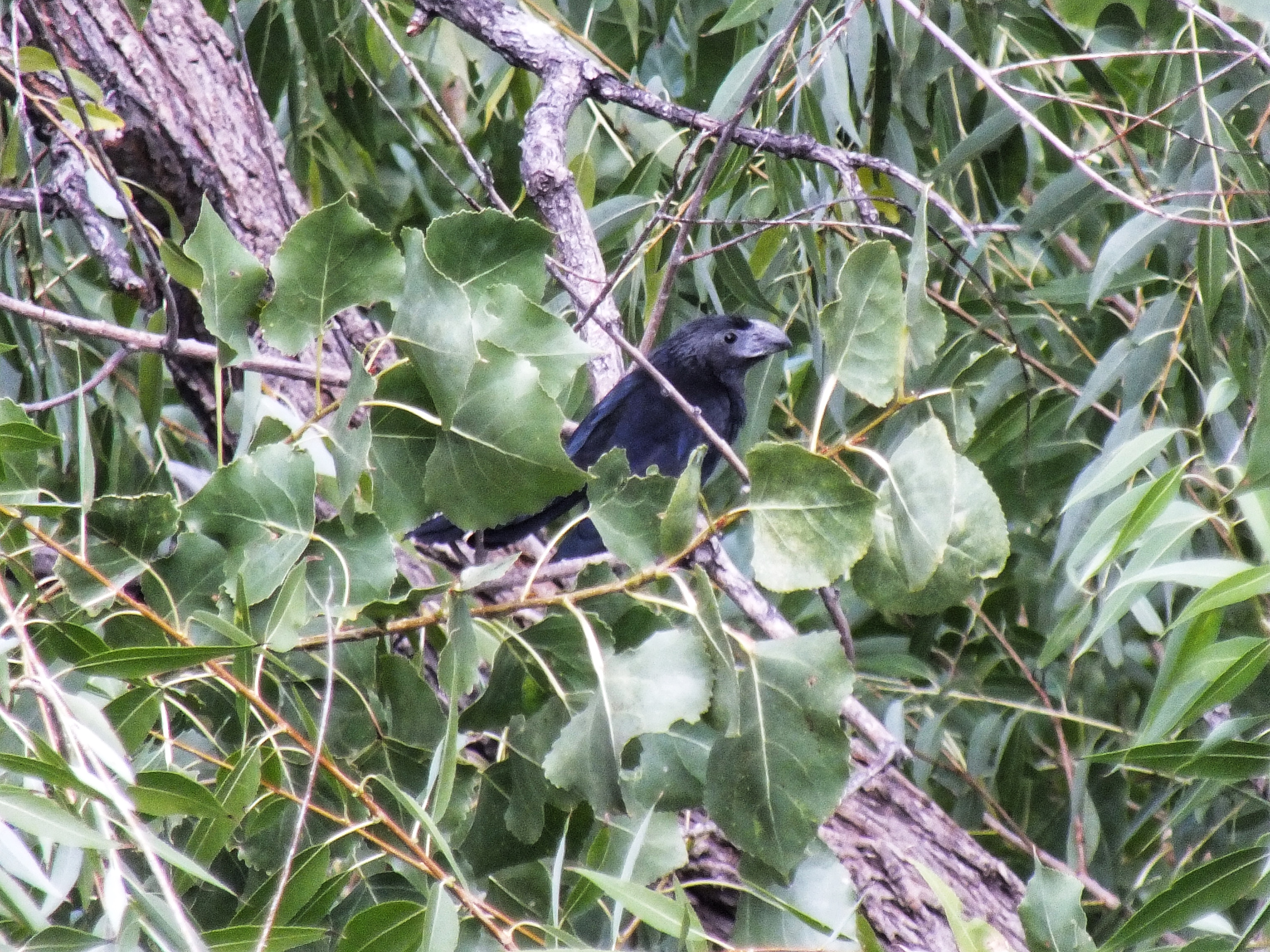 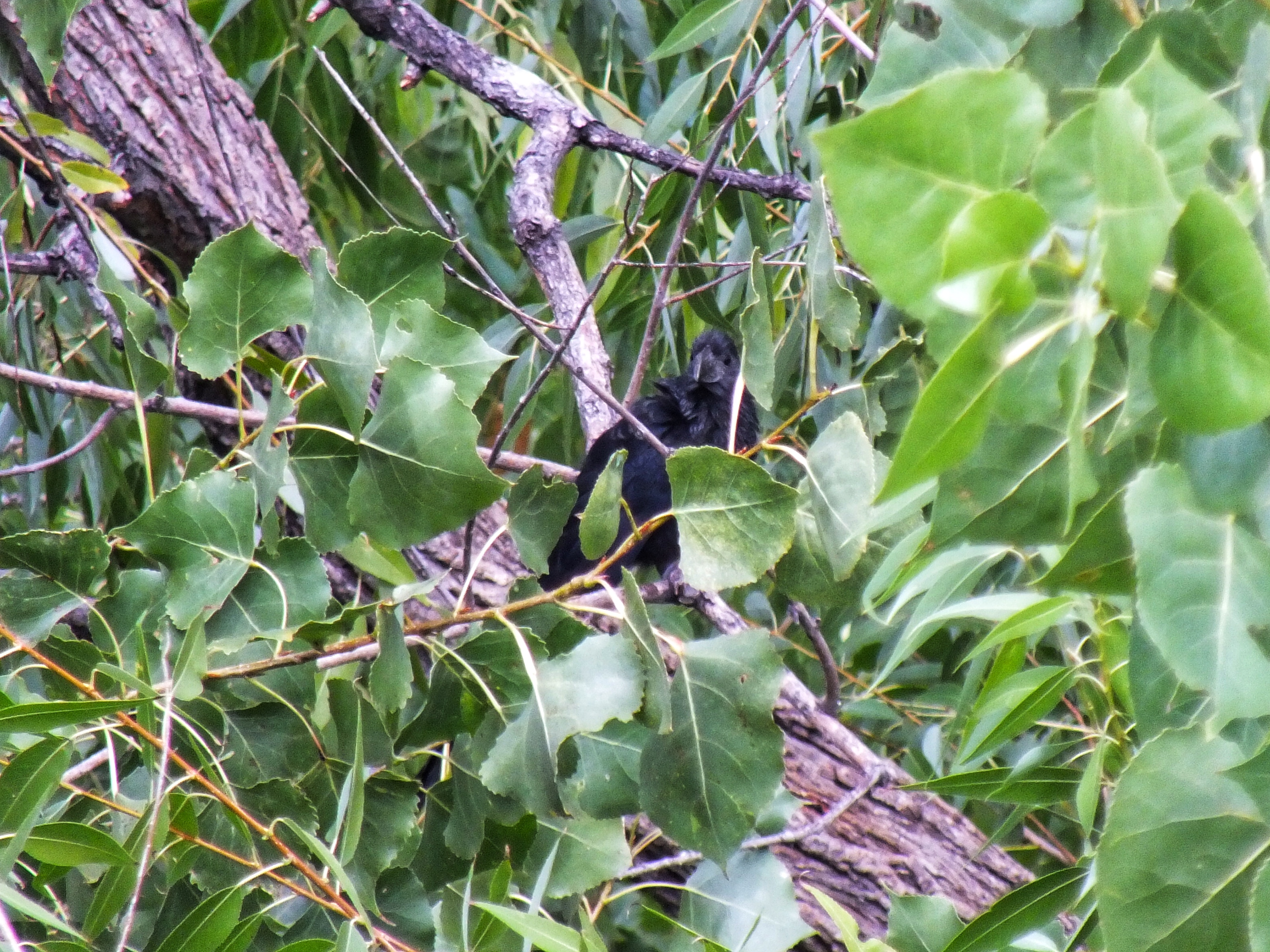 I spotted it again from a couple other angles, but my first view was the best. When I went back to that spot, it had moved slightly and was more hidden. I’d gotten good looks, so I headed for home, arriving around 5:00.

When I got home, I found this photo on Facebook. I can be seen in the center, behind the woman with the denim shorts. You can tell it’s me because my camera lens is about a 10th the size of everyone else’s. 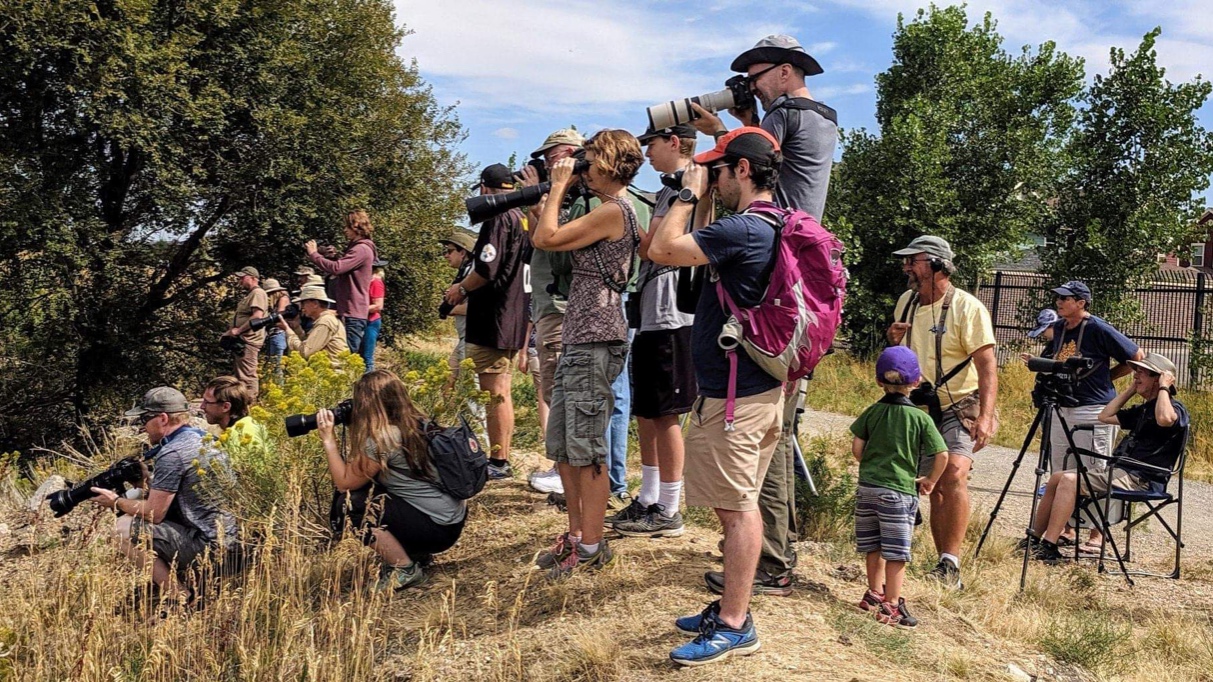 I went back a week later and saw it again. This time, I got even better photos.