The AAA Colorado Springs Sky Sox have taken off for greener pastures, or at least for pastures where it doesn’t storm every evening and the ball doesn’t travel ridiculously far. In their place, Colorado Springs is now home to a short-season Rookie-Advanced team, just a half-click above the absolute bottom level of pro ball.

The new team is called the Rocky Mountain Vibes. In the program, the name is explained like this:

In June of 2018, a “Name  Your Team” contest was issued to residents of Colorado Springs to engage the community with the rebranding process. the team received over 2000 name suggestions, indicating the excitement about the new team!

In July, we announced the five finalists and allowed our fans and our community to vote on a potential name for the next chapter of baseball. The goal was to represent the different elements of colorful, warm Colorado Springs, but the five remaining finalists didn’t quite seem to fit. So, the search for a new name and brand continued.

President and General Manager Christ Phillips sought a name to represent the region on a greater scale, one that checked all of the boxes. Phillips was intrigued by the “Happy Campers” finalist choice. He often wondered what made the Rocky Mountains such an enjoyable place to experience and live in. Was it the scenery? The weather? The vibe? Therein lies the answer and our eventual  name of the team. The Rocky Mountain Vibes. It is an emotion that encapsulates all of Colorado’s beauty and the feeling of enjoying our community and the outdoors, whether it’s hiking a trail or sitting by a campfire.

In other words, who cares about the fans. We’ll just go with some stupid name and logo we came up with ourselves. I suspect “Rocky Mountain Oysters” won the contest, and the team just couldn’t handle that. Along the way, the name of the park changed from Security Service Field to uchealth Park—which any normal person would pronounce as “yooch elth.” 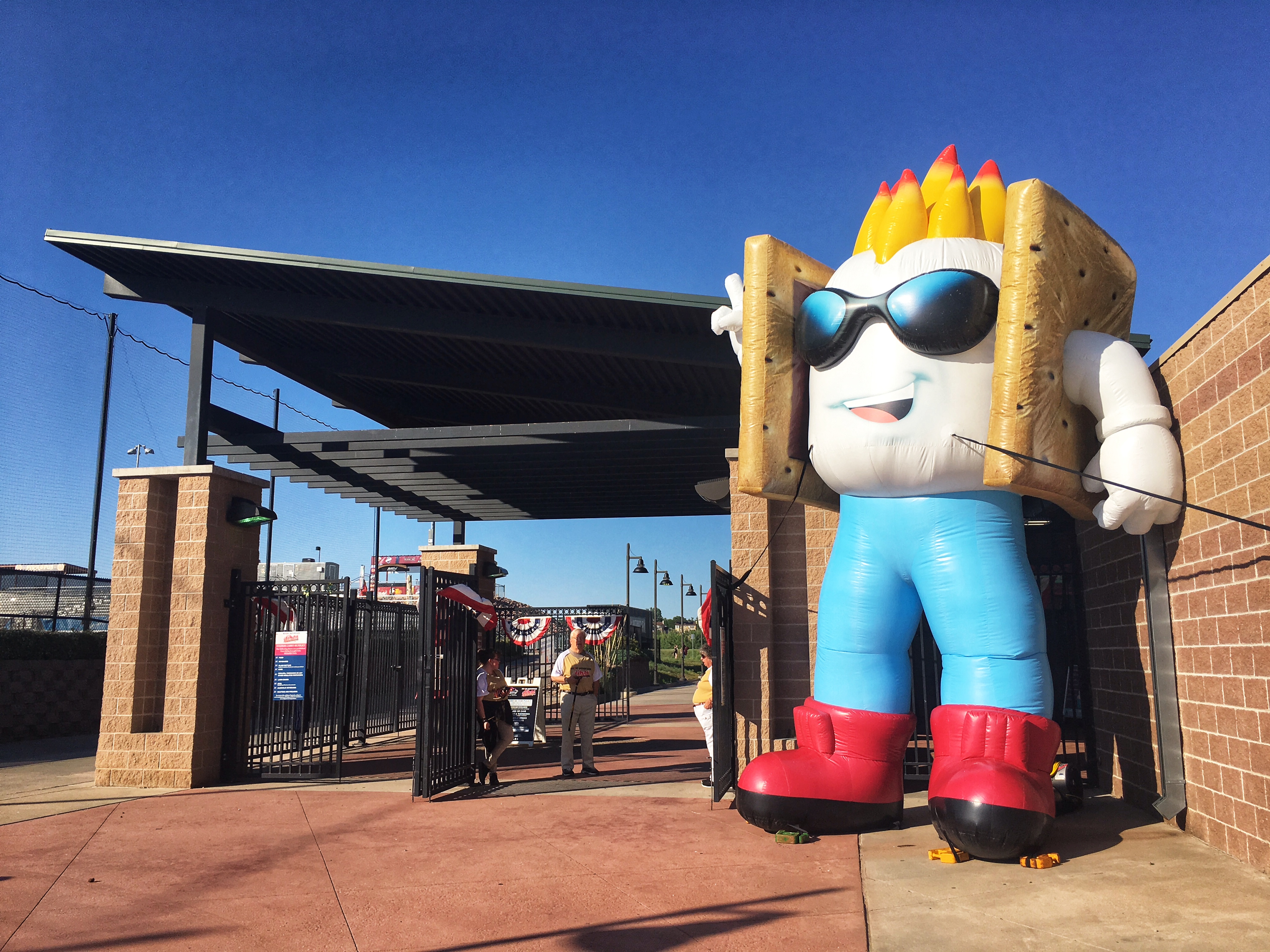 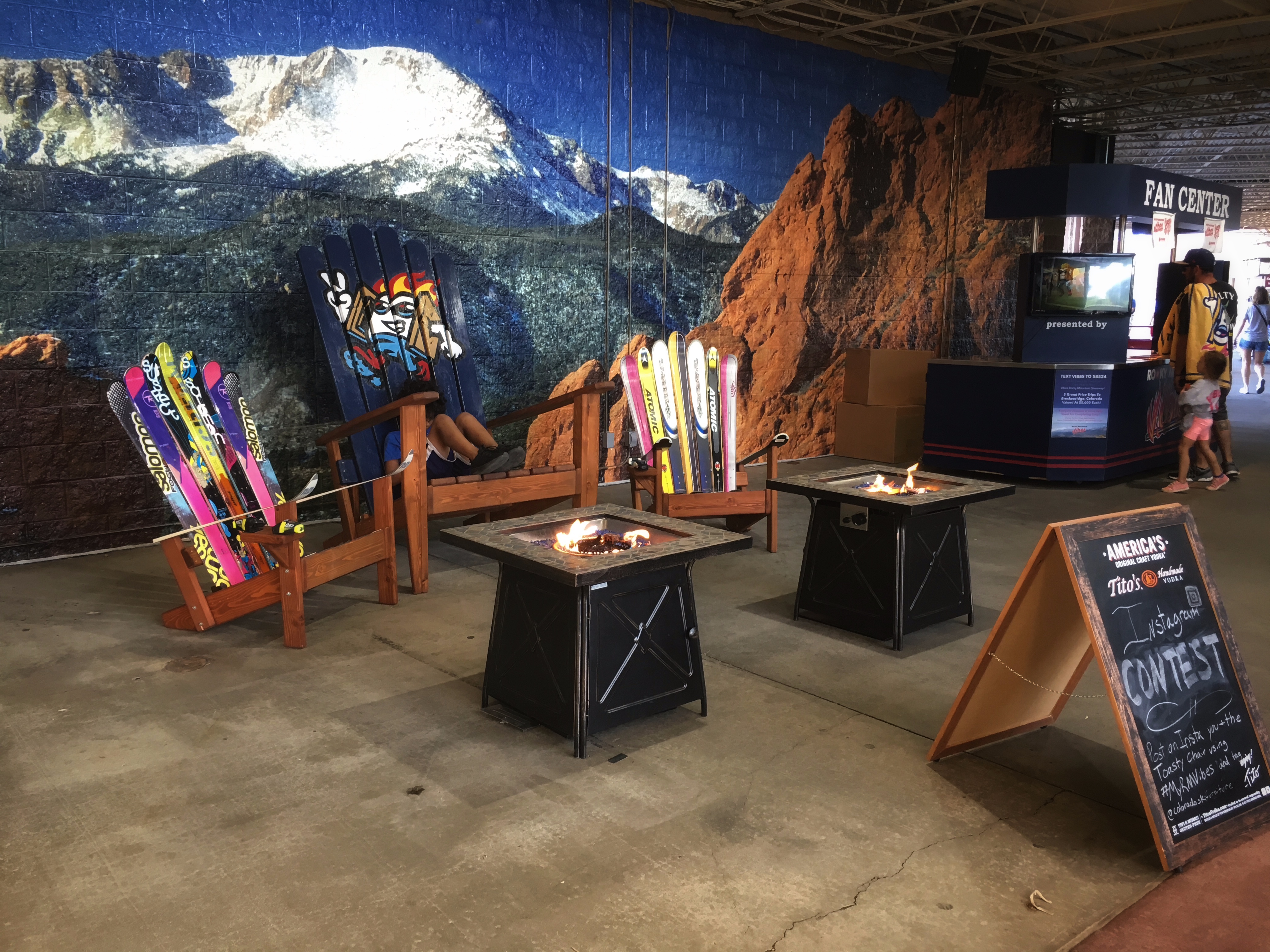 There is certainly more team branding around the park than there was when the Sky Sox played there.

I didn’t buy my tickets ahead of time, but there was no need. I got a seat in the third row behind home plate. It was only $3 more than the seats on the incredibly uncomfortable ridged benches that fill the rest of the park. 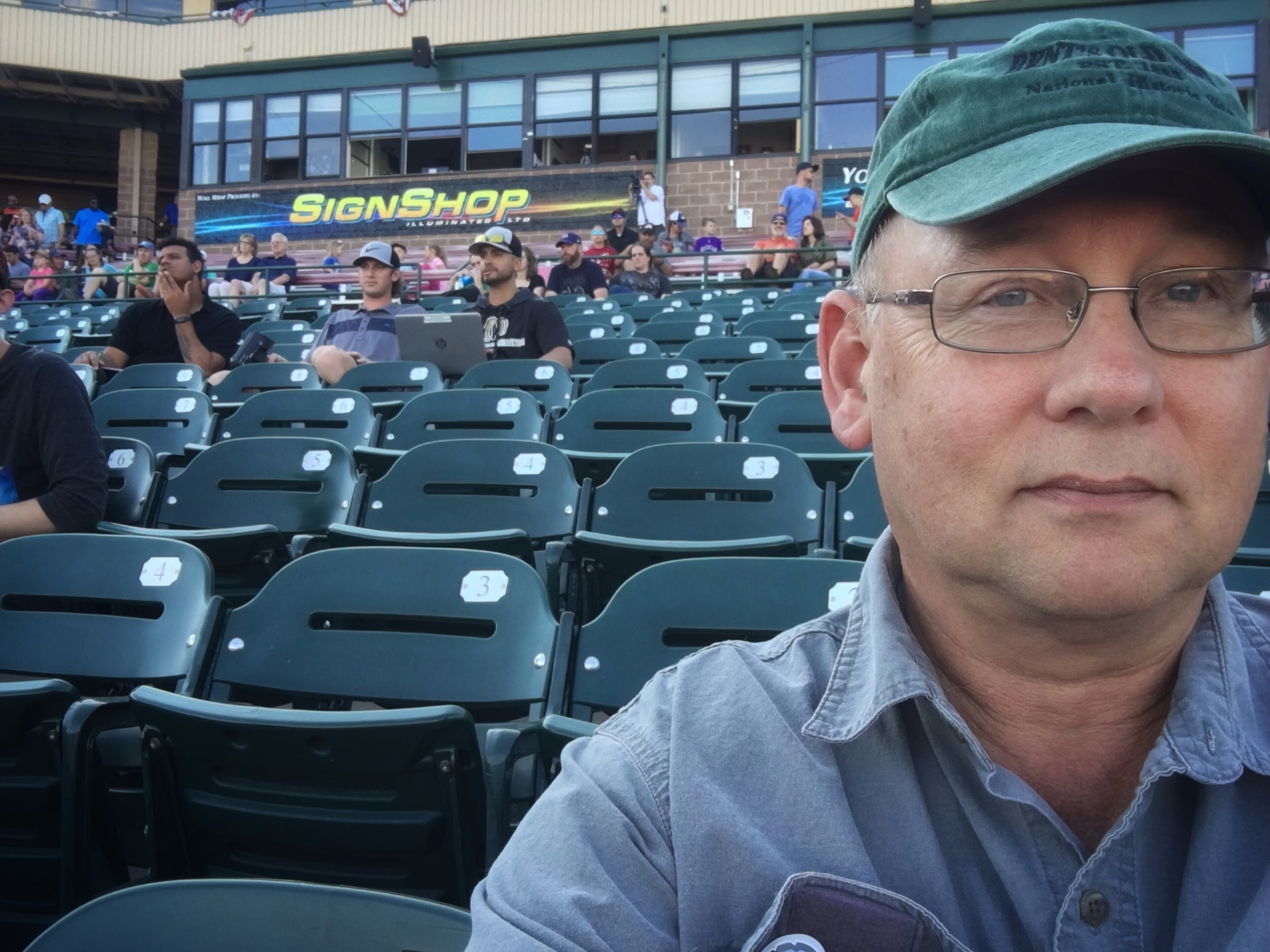 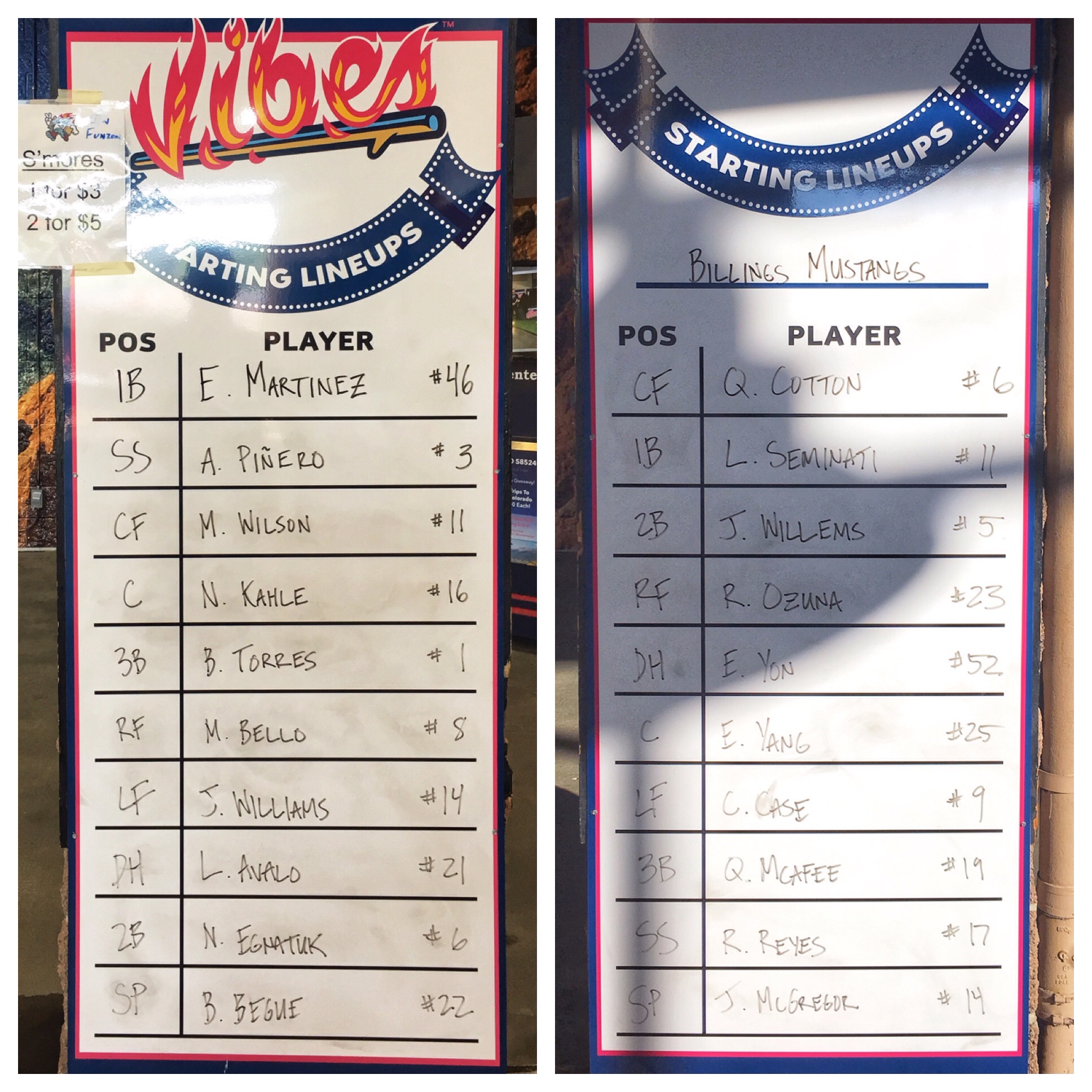 Most of the players will never make it to the Majors, but their talent is far above that of the average fan. I found myself rooting for whichever team was at bat.  Both teams scored two in the early innings, but then things got flat for a while. 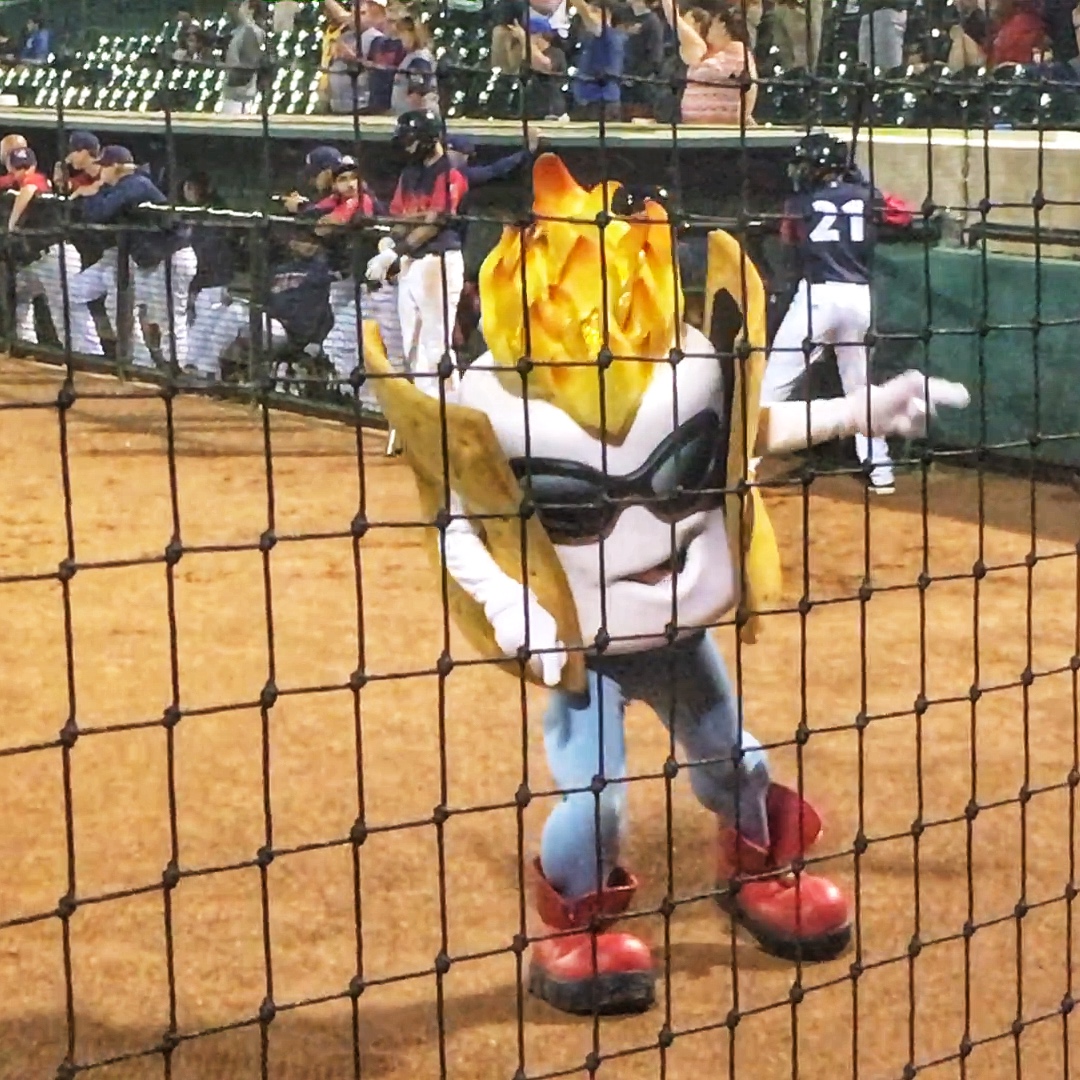 Billings scored three runs in the seventh and again in the ninth to take a big lead. The Vibes scored three in the bottom of the ninth and loaded the bases to bring the winning run to the plate, but the next batter lifted a lazy fly to center and the game was over.

For the last half inning, I moved over to the front row next to the Vibes dugout to get a different perspective. I was about three feet away from the Vibes’ on-deck circle. 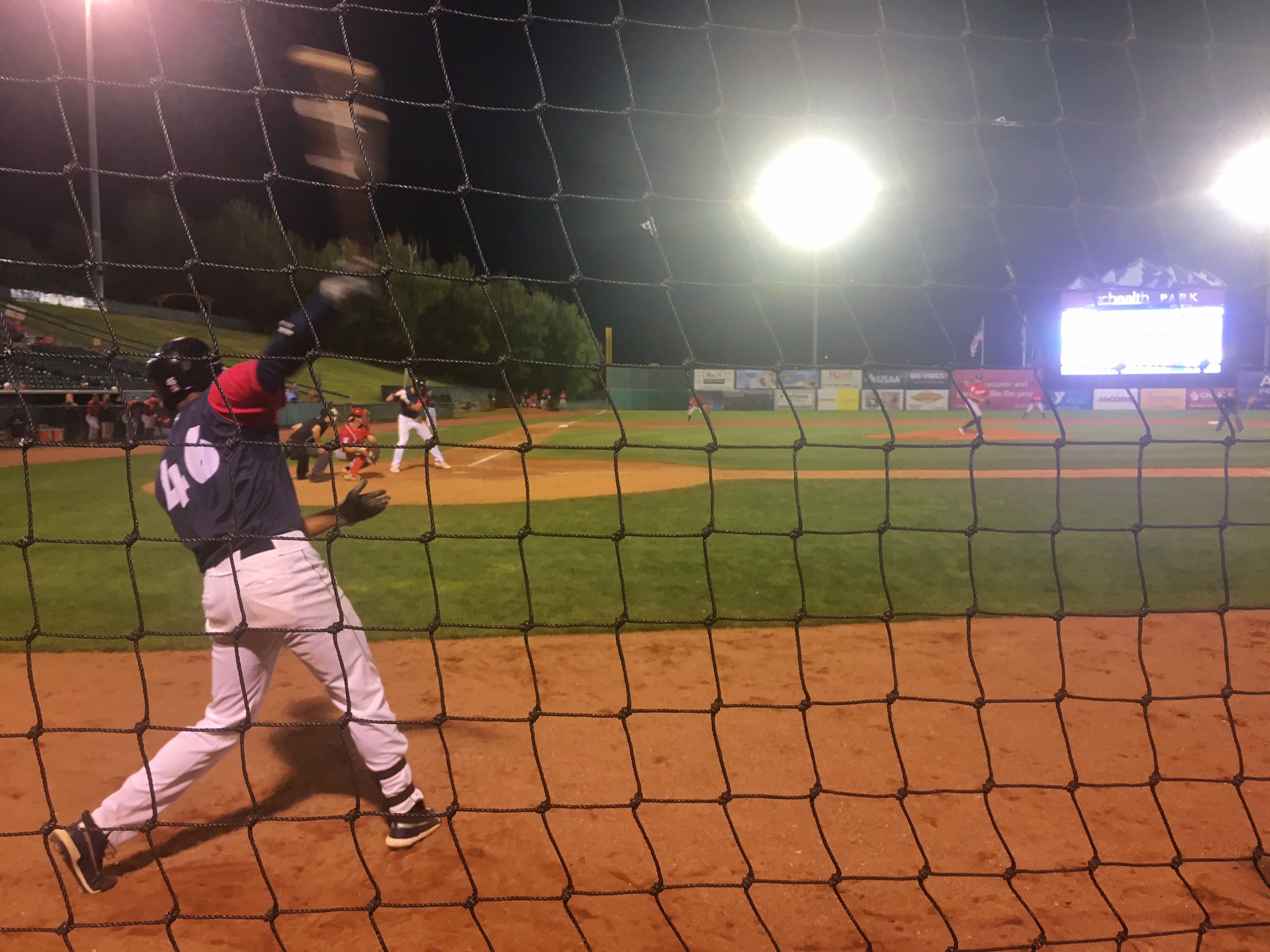 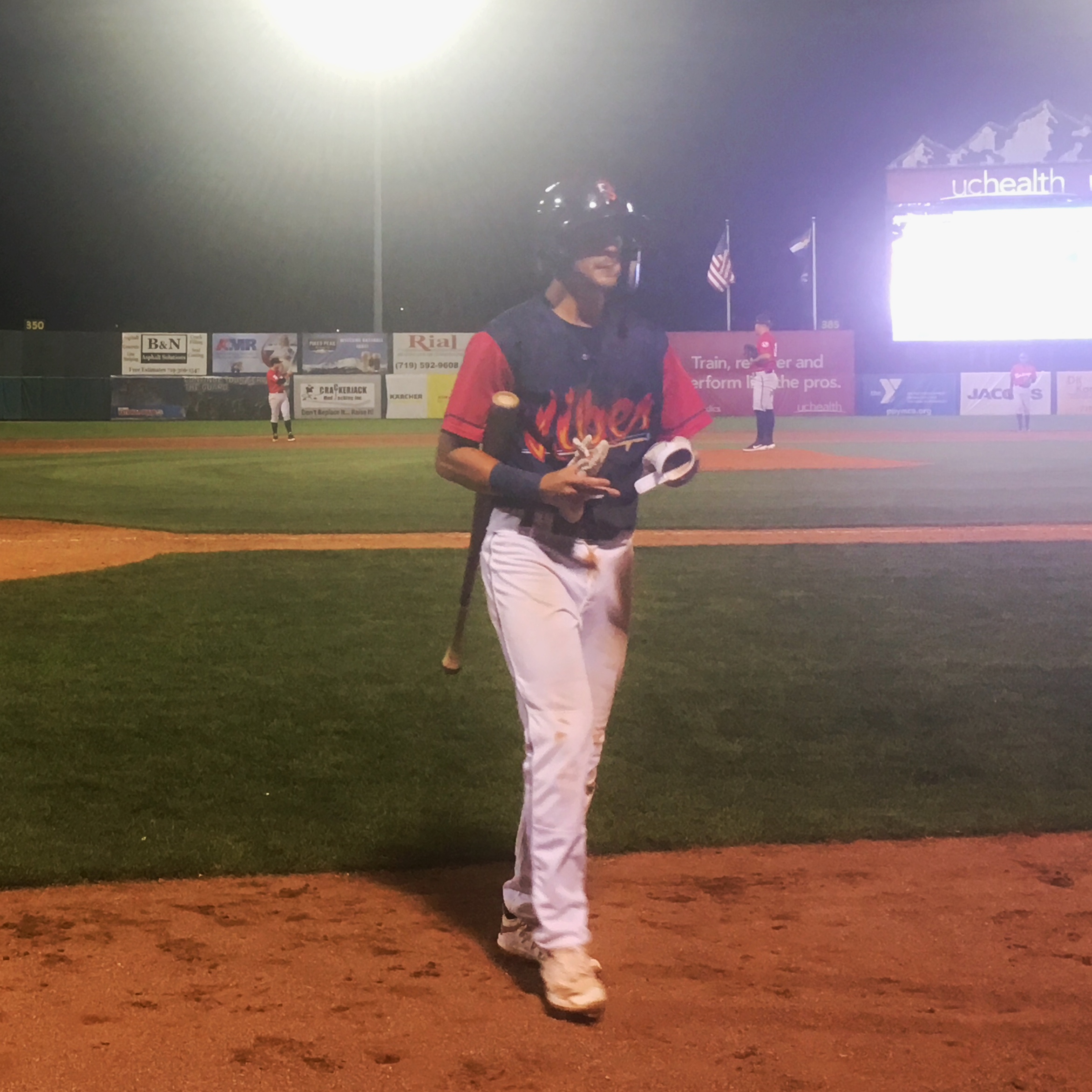 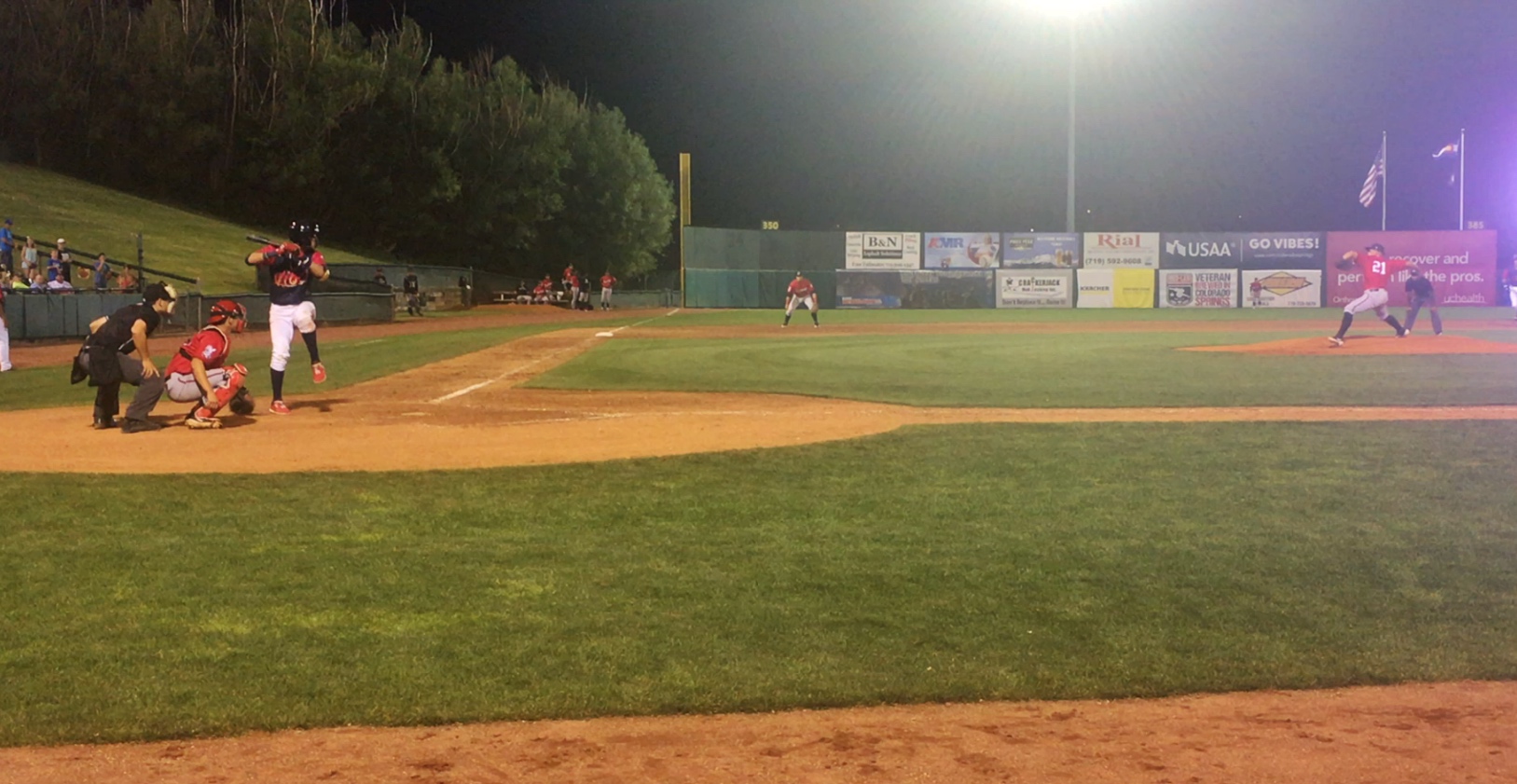 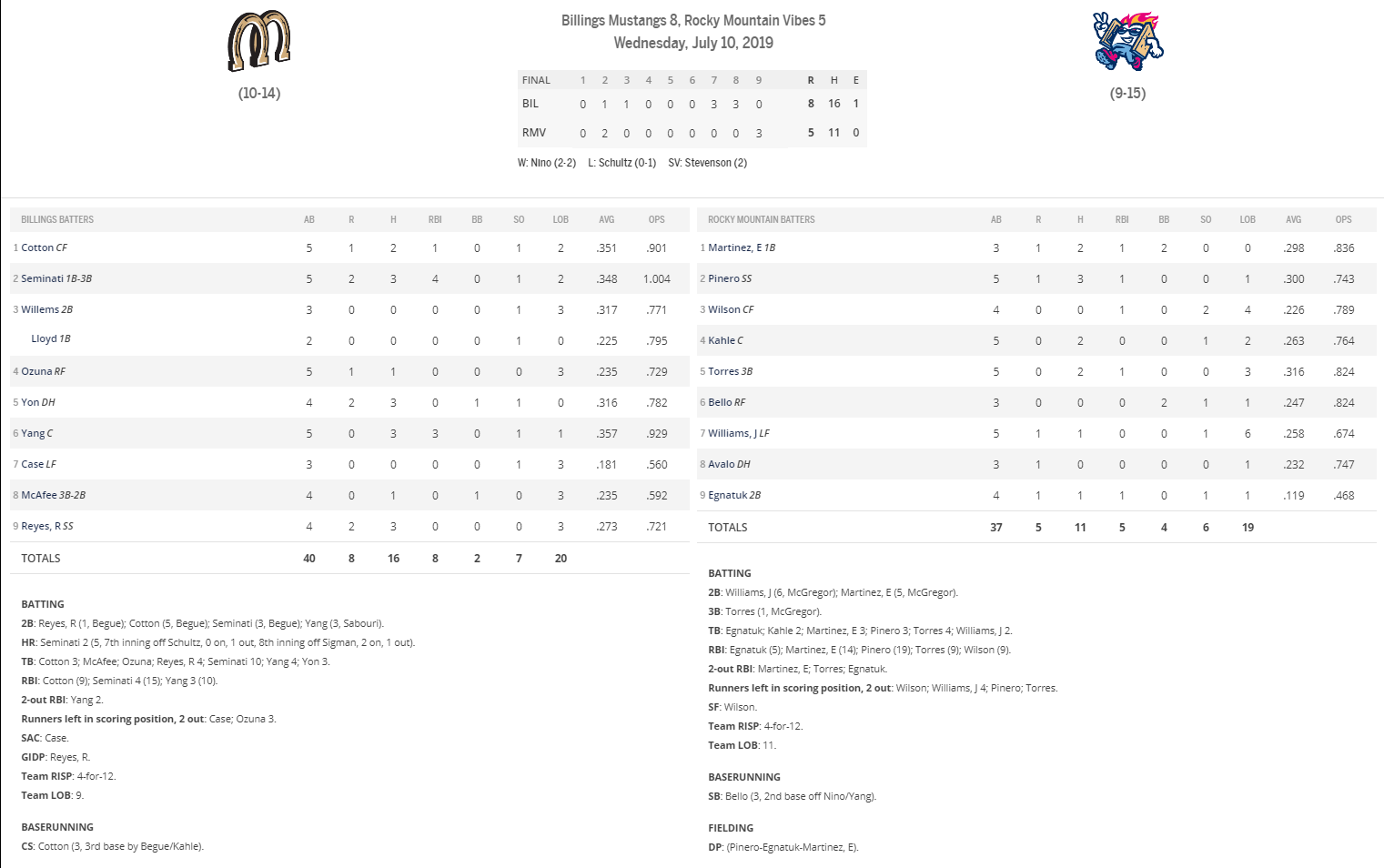 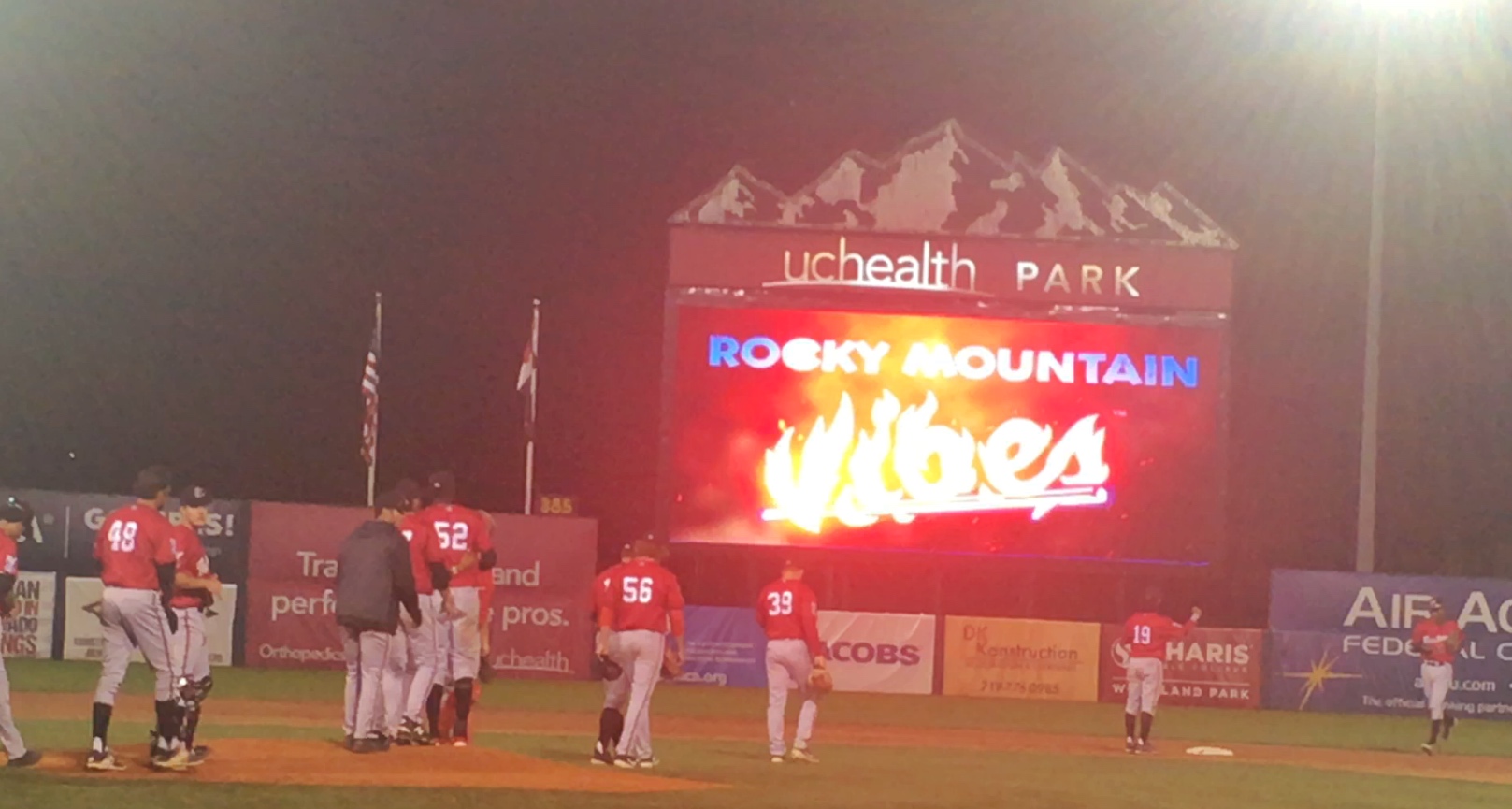