This was a day when you could fry an egg on any surface. It was close to 100° in Denver and not much better anywhere east of the mountains. I decided to check off some things on my list that wouldn’t provide a whole day’s worth of entertainment by themselves. 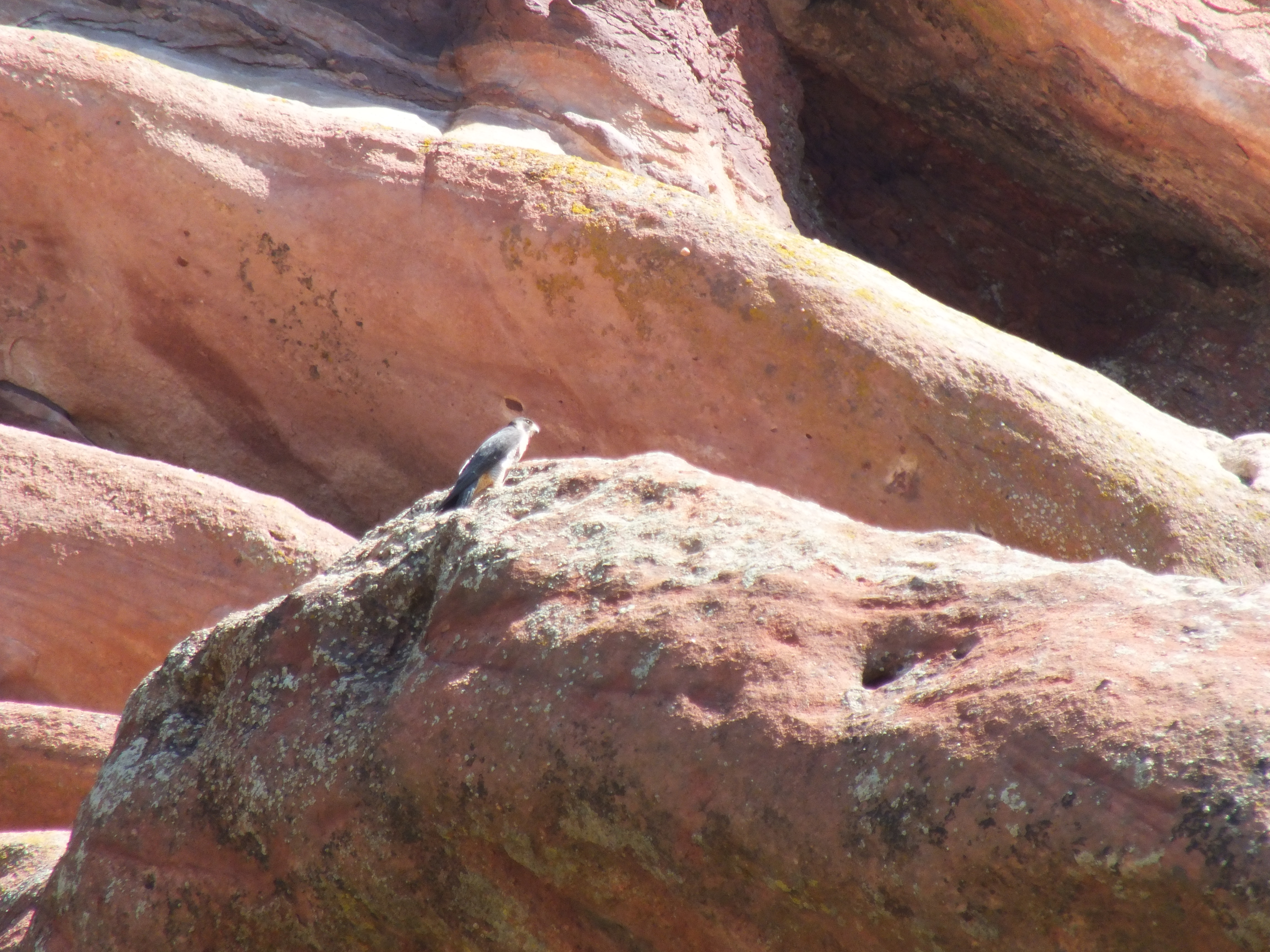 At the owl cliff, an American Kestrel was harassing a Prairie Falcon, making this (I believe) my first three-falcon day. The owls were in their hole. I could see the face of one of the adults back in the shadows. 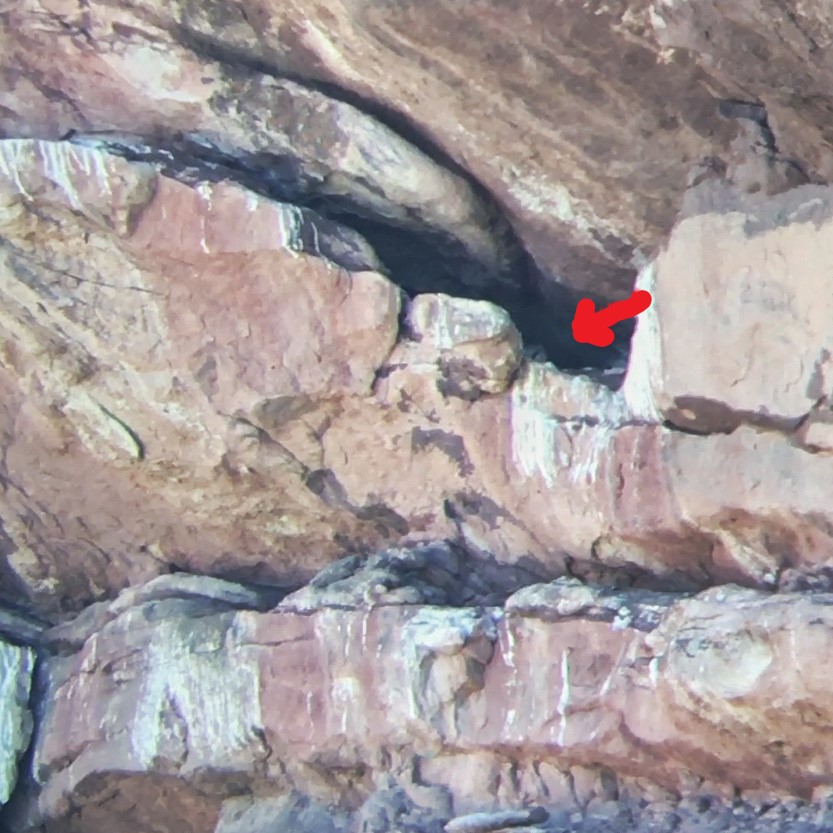 The Barn Owl stood up briefly, and another birder allowed me to look through her scope to see it. I also let a young couple look through my binoculars after they asked me what we were looking at. Their brother-in-law is studying to be an ornithologist, and they were happy to see something cool they could tell him about.

I drove to Superior and arrived at Wayne’s Smoke Shack just after it opened. It was voted by somebody or other to be the best BBQ in Colorado, and I had high hopes. There were a lot of people there, and the place LOOKED like the food ought to be good, but I was disappointed. The brisket had no smokey taste—I didn’t even finish it all. The sauce was bland. The peach cobbler was dull. I won’t be back.

I headed further north again, this time to Longmont, to visit the Dougherty Museum. It’s a smallish, privately-owned museum housing a collection of antique cars, farm equipment, and player pianos gathered by a local turkey farmer named Ray Dougherty. Most of the pieces were found locally. A handful of people were walking about for the first half of my stay, but then I had the museum to myself except for the four or five older folks who sat in the lobby to greet people and take their money. The guide book says, “In 1998 the Boulder County Commissioners offered to include the museum among the sites to which tax-workoff participants could be assigned to serve as desk personnel and tour guides.” Which I think is a funny thing to print in a booklet that the “participants” themselves were handing out.

I took photos of most of the cars and so forth, but I’ll try to limit the number I post.

1902 Mobile Steamer — Perhaps the first car ever seen in Boulder County. It was owned by a bank president. The driver would sit in the backseat and steer with that lever. A mirror allowed the driver to see the water level in the boiler. 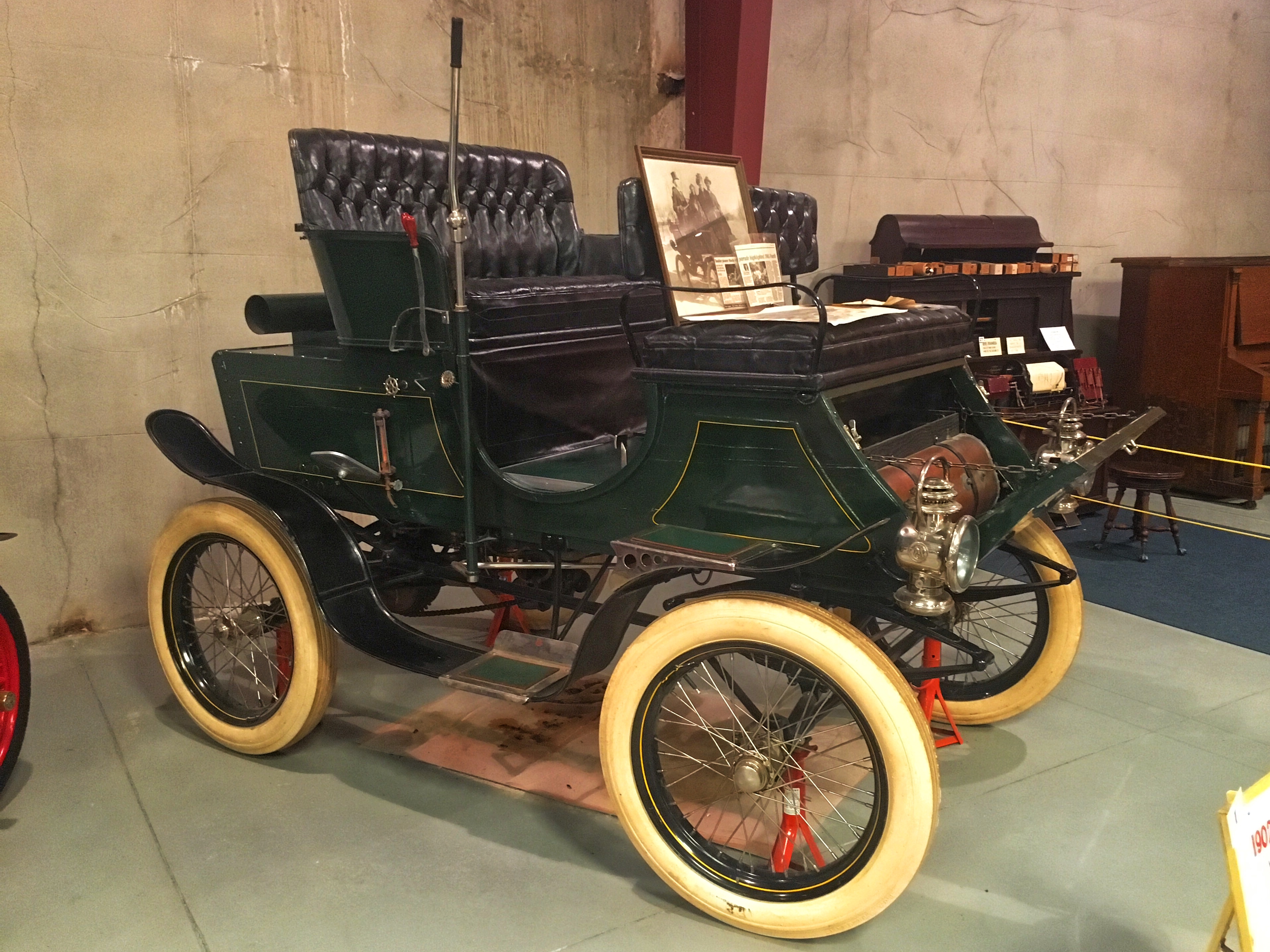 1915 Stanley Steamer 12-Passenger Mountain Wagon — This car was owned by a geology professor at the University of Wyoming and used to take his students on field trips. The professor tried to take it to California, but the car broke down in Laramie and  was left at a gas station. The prof never returned for his car. 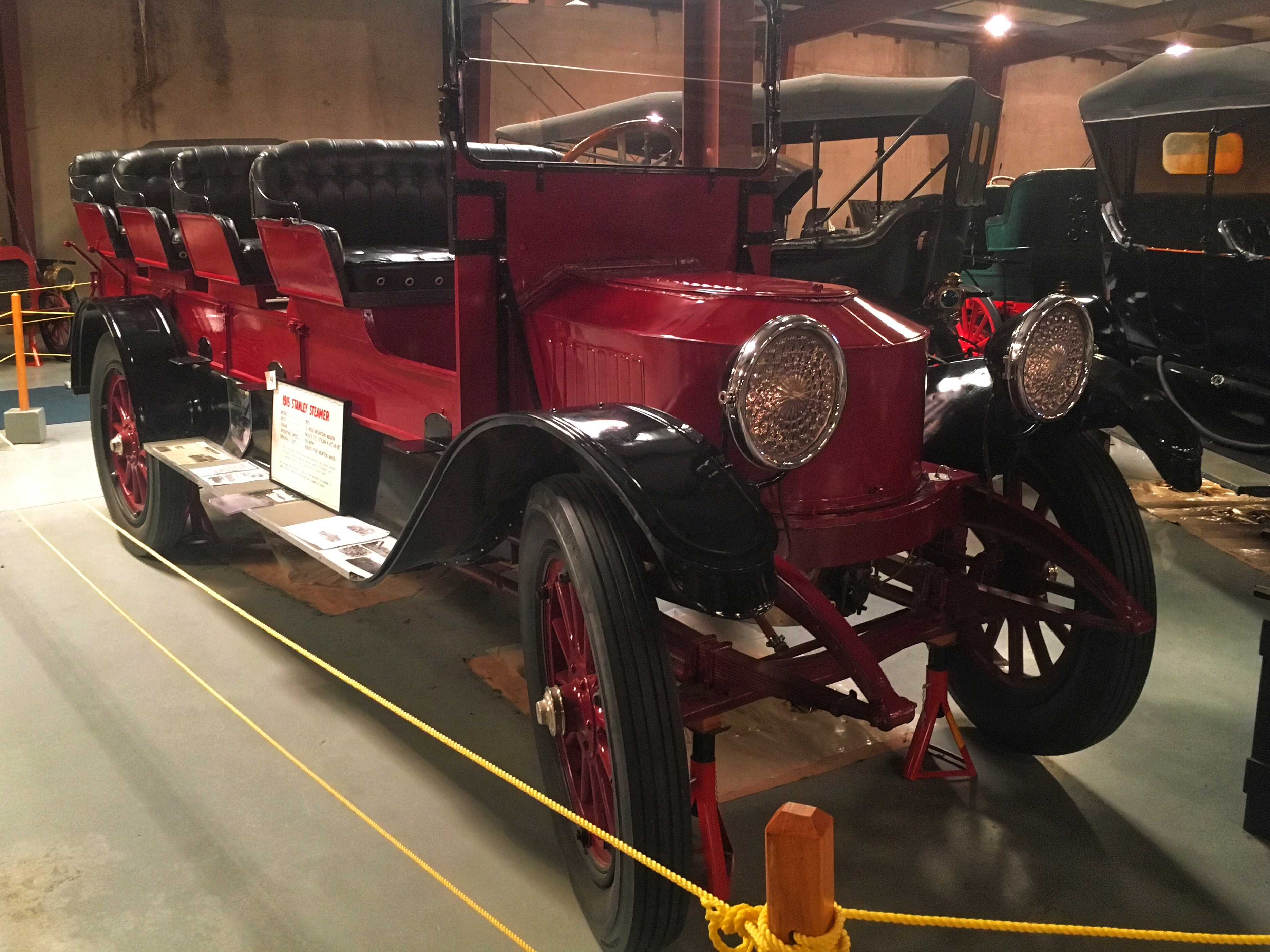 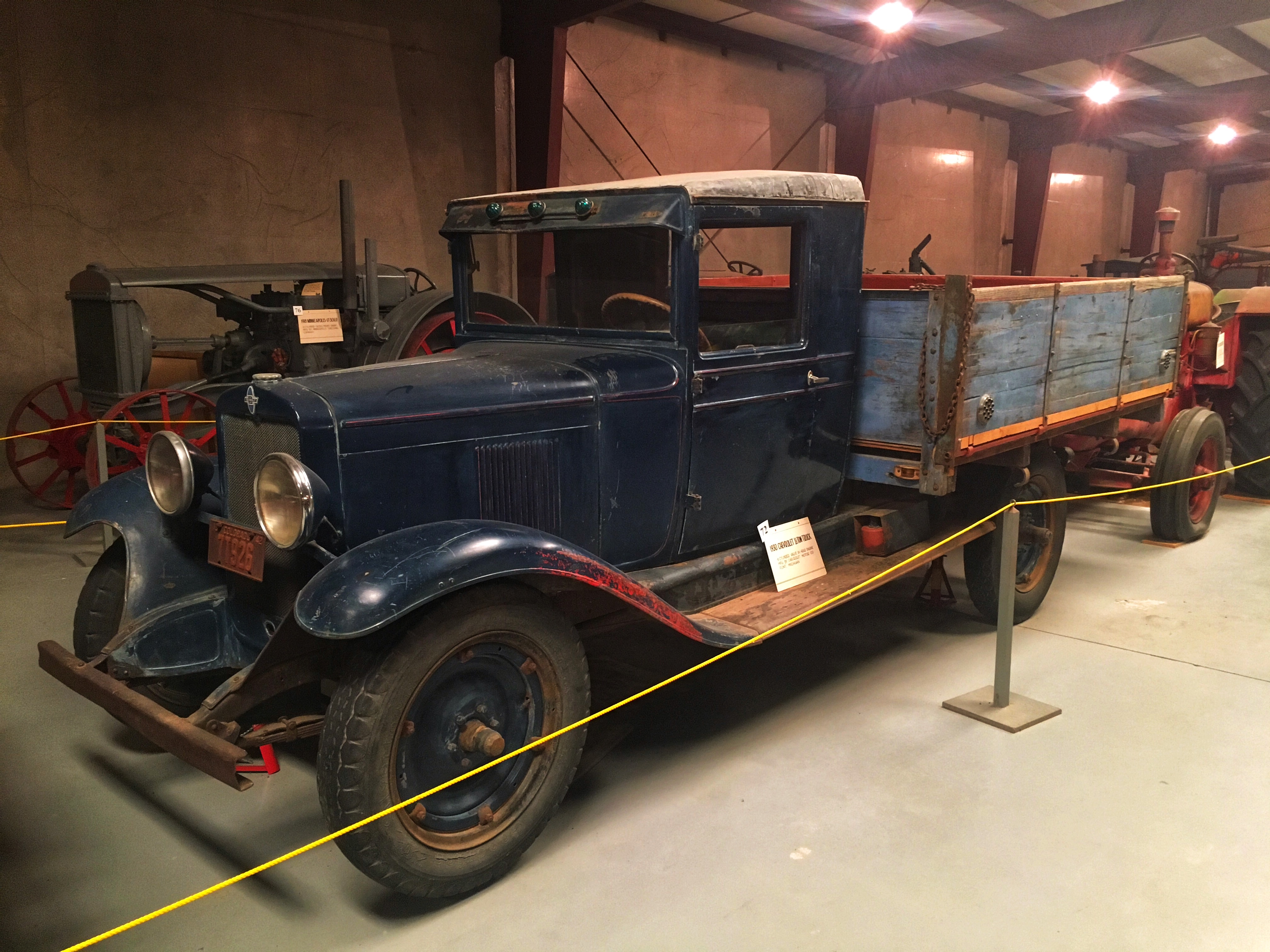 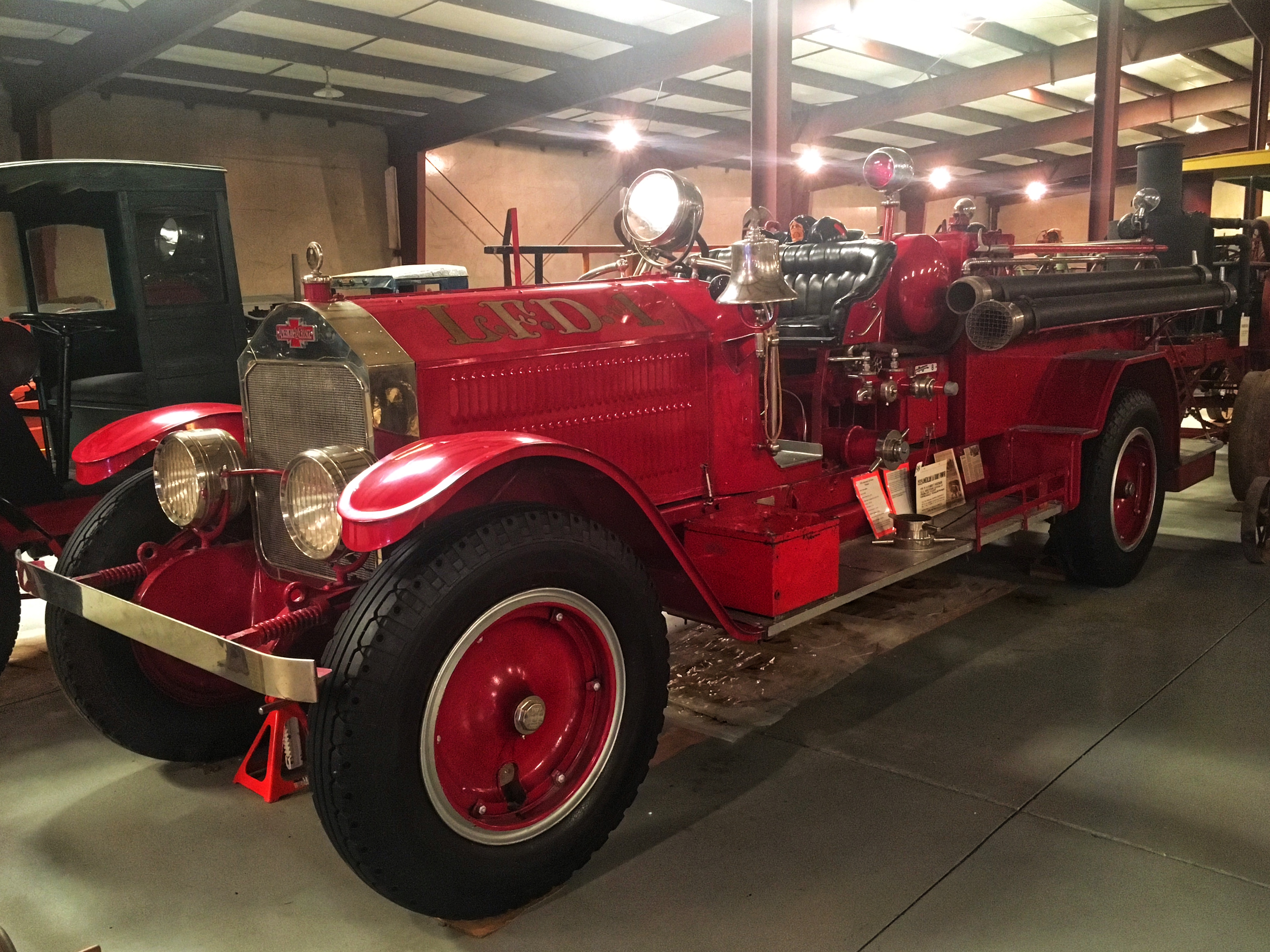 I was mostly impressed by the size of these two tractors, which is why I put myself in the photo. The guide book gives very little information. The one next to me is a 1918 Aultman and Taylor Steam Traction and the one behind it is a 1916 Aultman and Taylor. 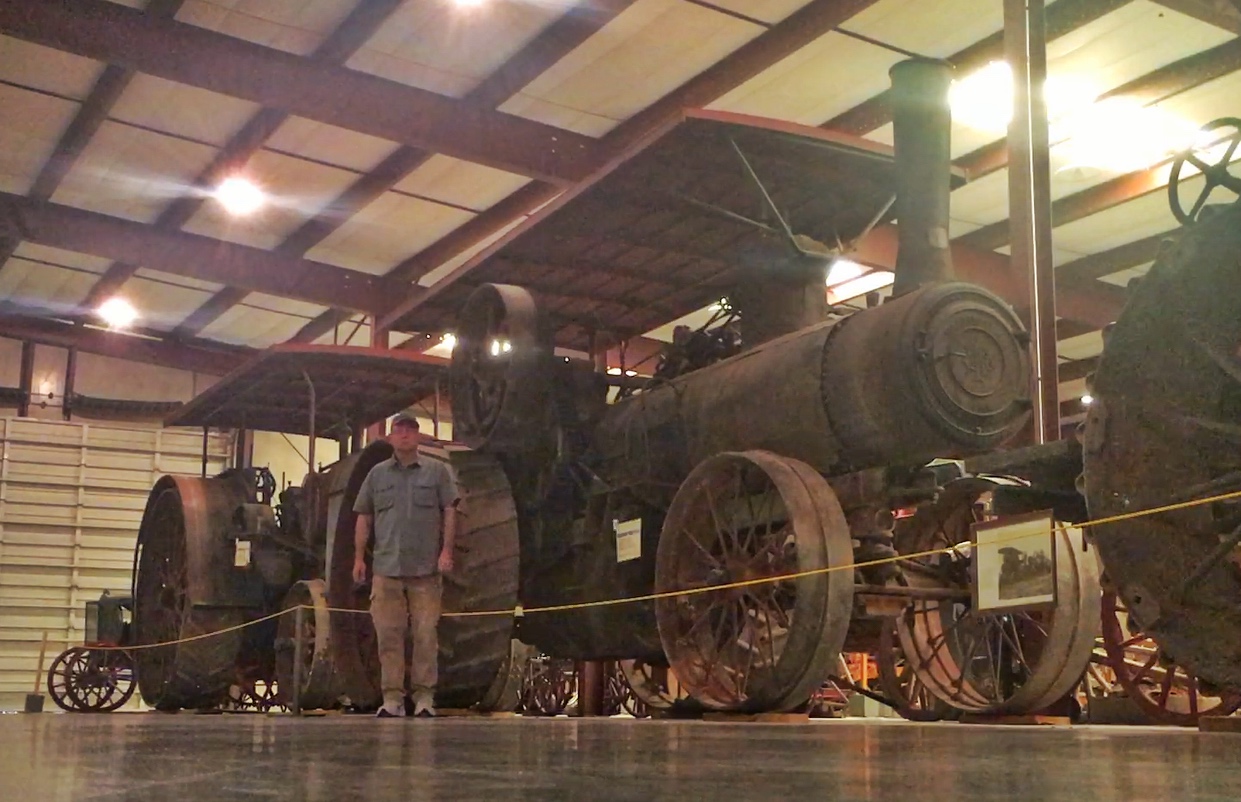 1913 Case 12-25 hp — My chief thought when looking at the old farm equipment is that there were a lot of ways to get seriously mangled in the old days. 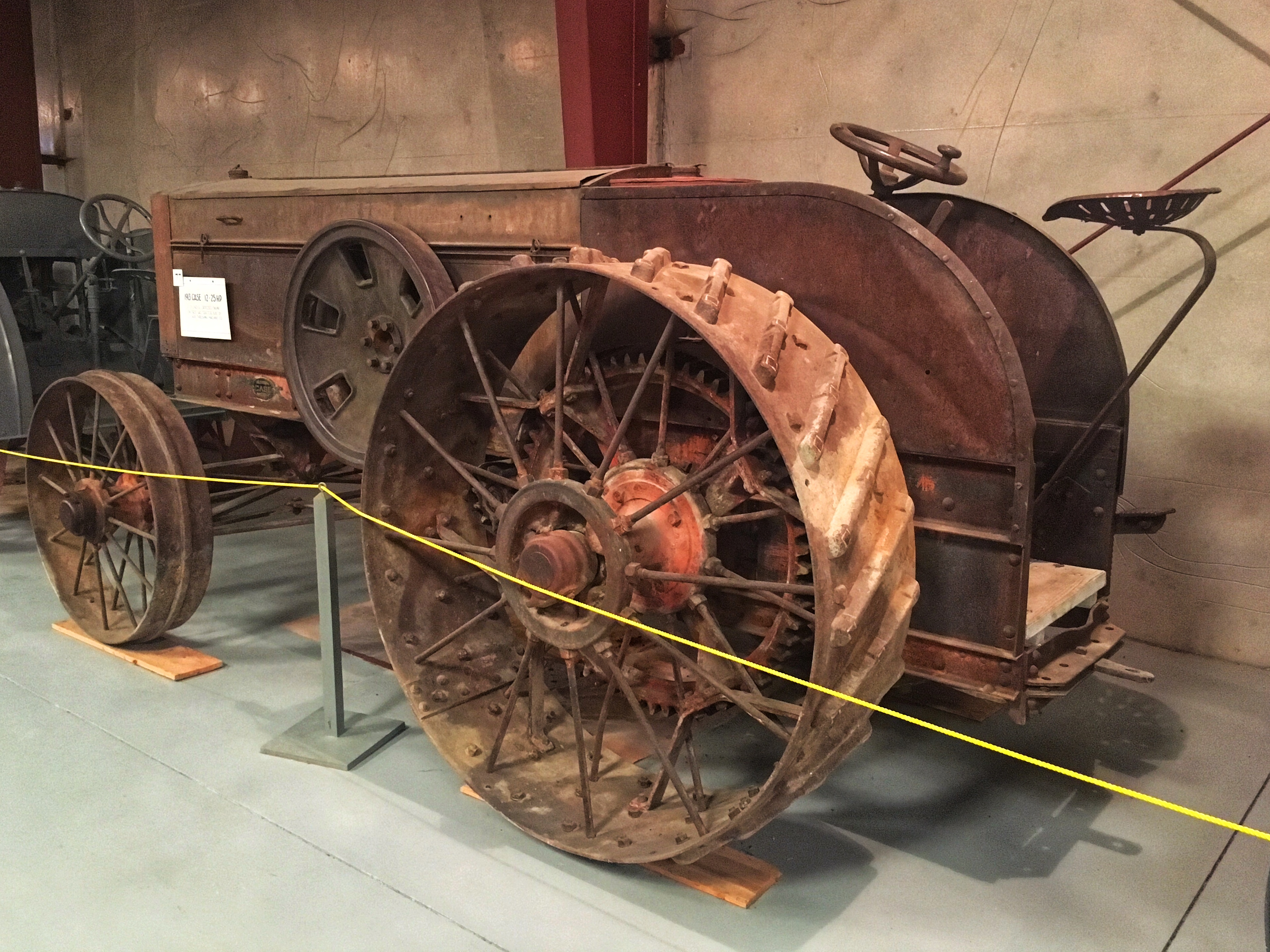 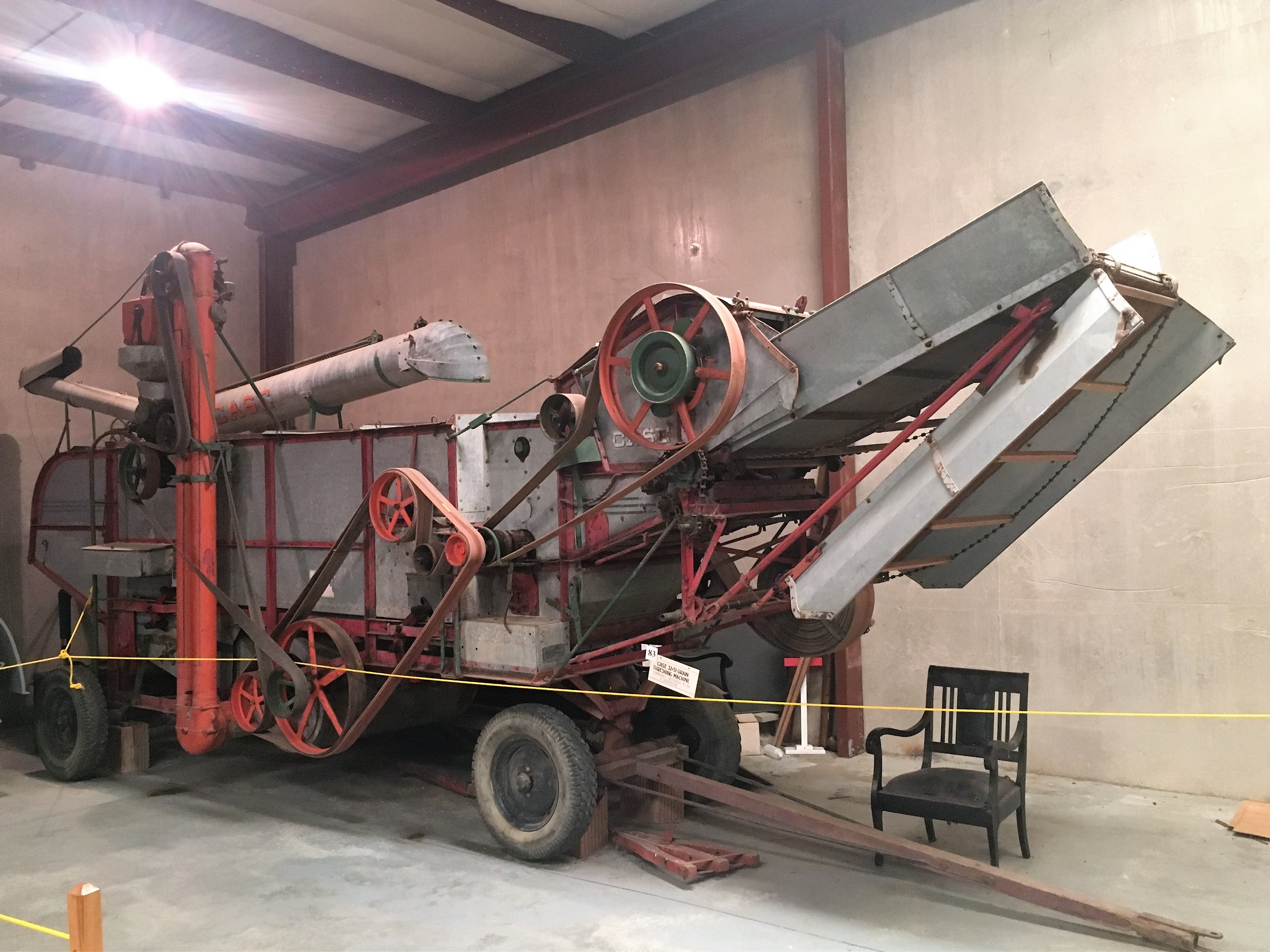 1915 Threshing Cook Car — Used by a local farmer to prepare food for his threshing crews. Usually threshing took about a month each year. There’s a wood stove, cabinets for cookware, and bins for apples, potatoes, and ice. The average crew had 20 members. 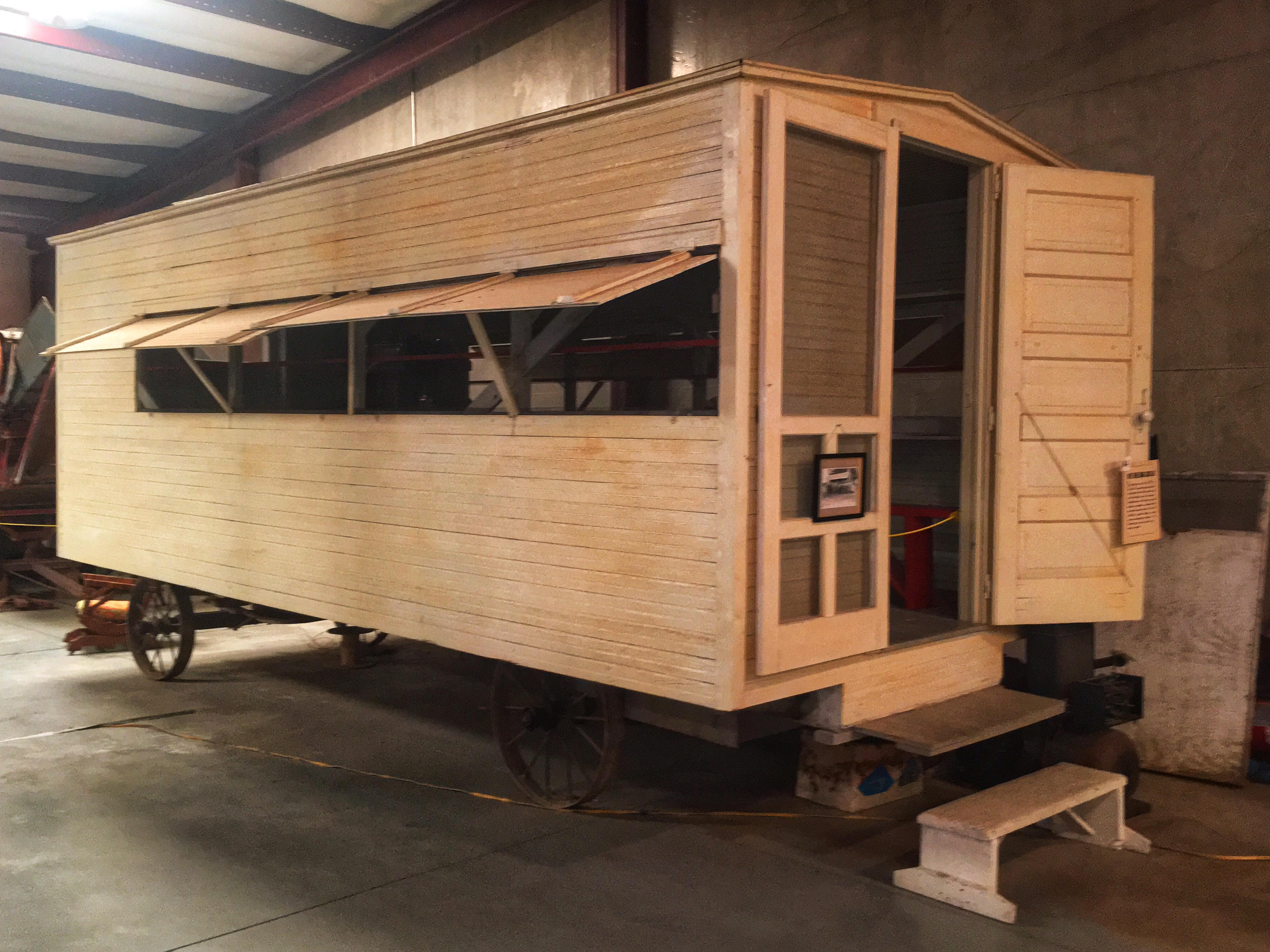 Mitchell Heavy Duty Farm Wagon with Grain Box — Used to haul grain from the field to the threshing machine. 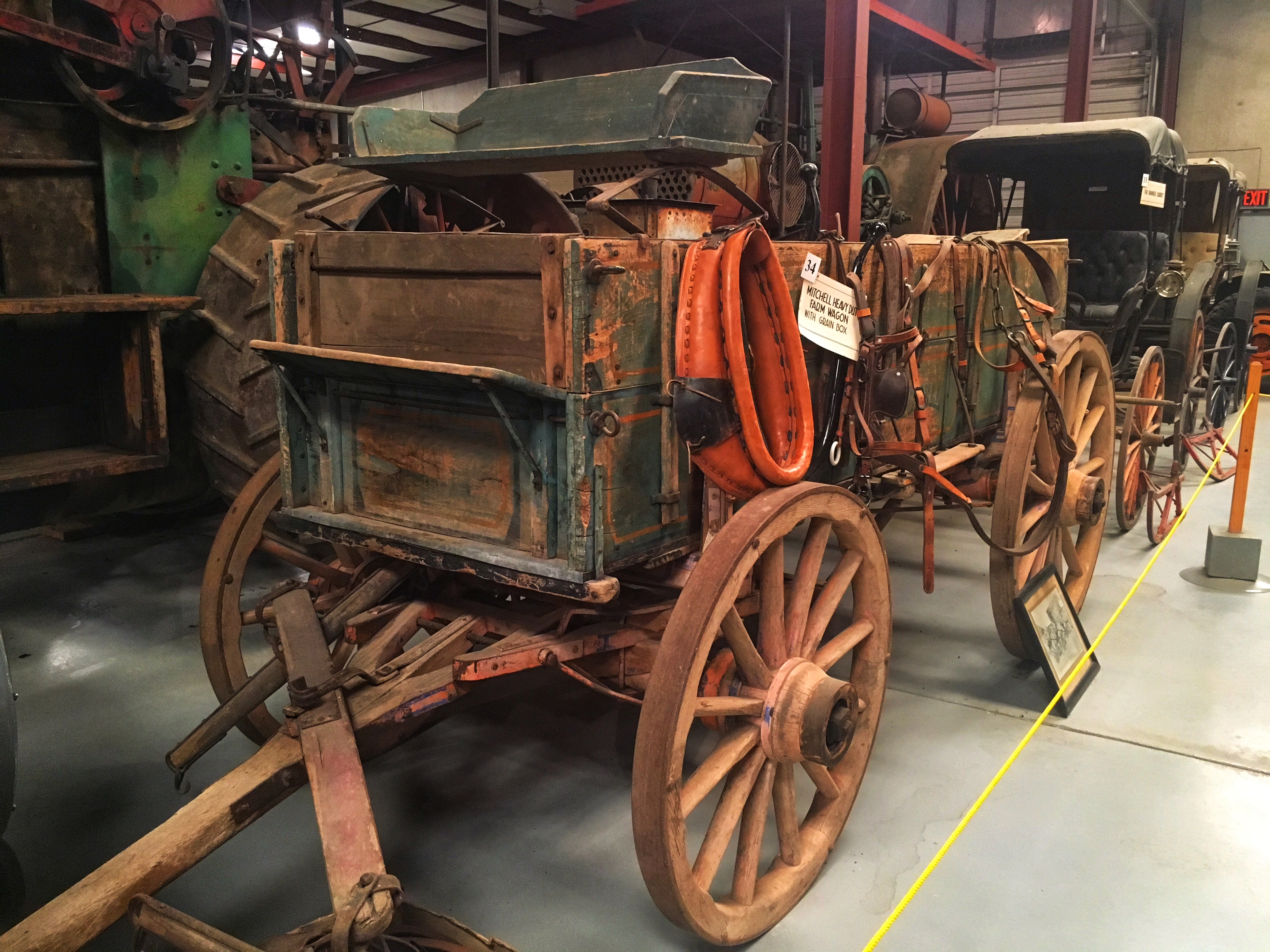 1867 Concord Overland Coach — Six-horse coach built in New Hampshire and purchased by Wells Fargo. This particular coach ran between  Denver and Central City and later between Breckenridge and Fairplay. It was last used in 1910, after which it sat outside at an amusement park for years. It’s been heavily restored. 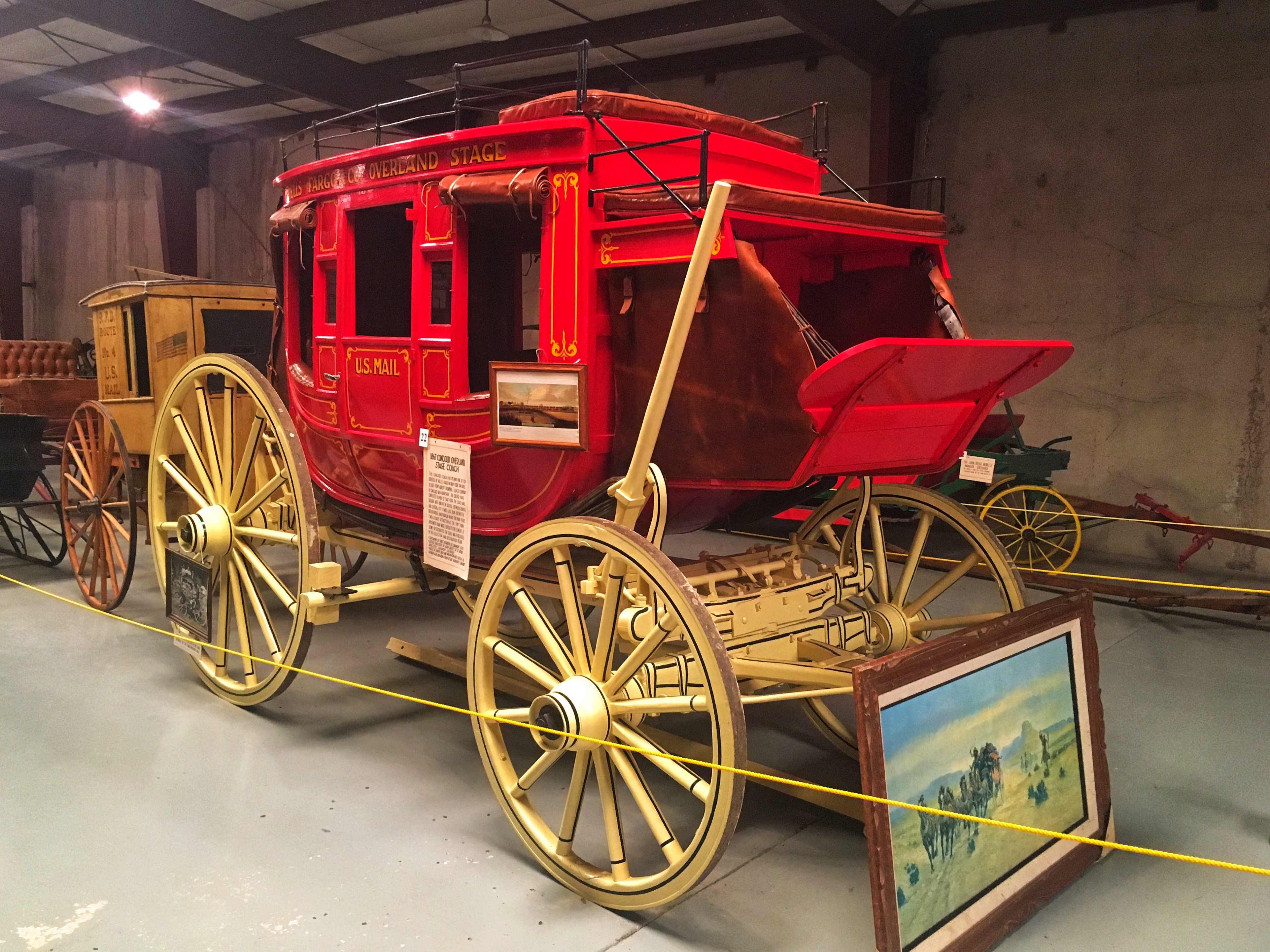 1908 Rural Mail Carrier One Horse Cart — Used on a mail route northeast of Longmont. There’s a leather seat inside for the mailman. The windows can be rolled or slid open. 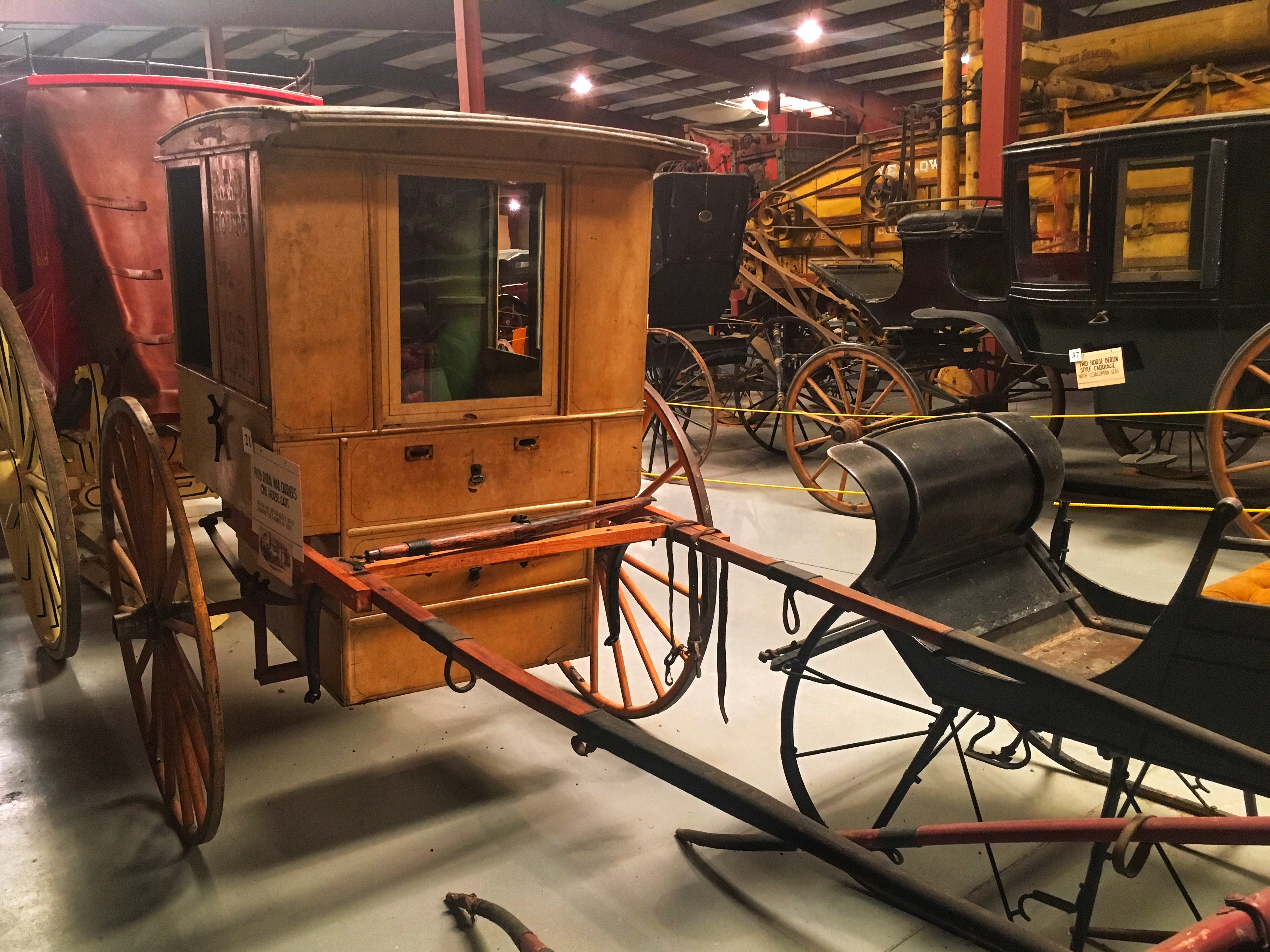 From Longmont, I drove into Denver to Mile High Comics, which bills itself as the largest comic book store in the world. About two-thirds of it is storage accessible only by employees. I wandered for about an hour in the mood to buy, but I guess my comic book days are officially over because I saw nothing I wanted for a price I was willing to pay. There were books, clothing, figurines … The inventory wasn’t very well cared for, and many of the shelves were filled with a random mess. I did get a selfie with Sully, so the visit wasn’t a complete loss. 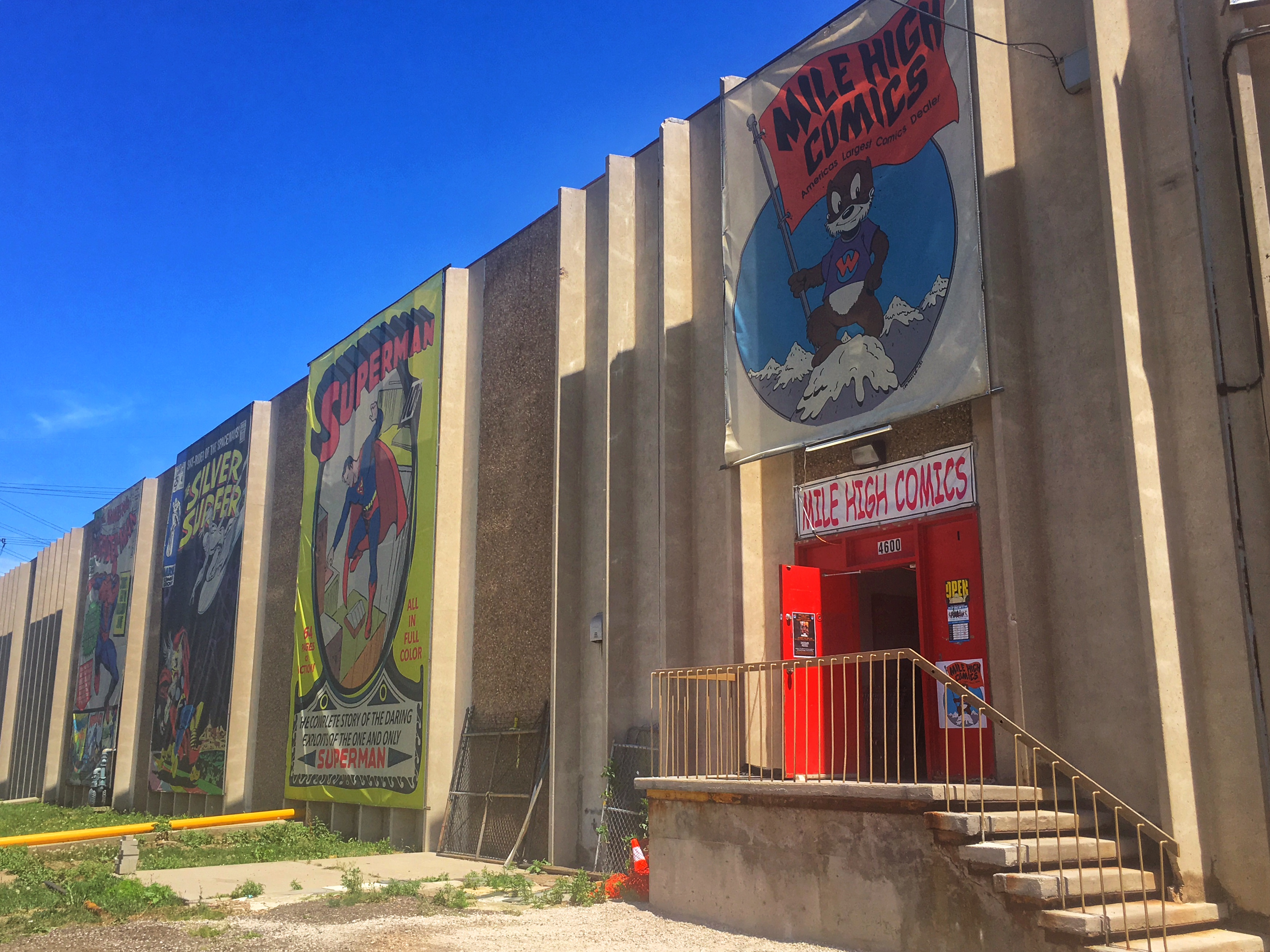 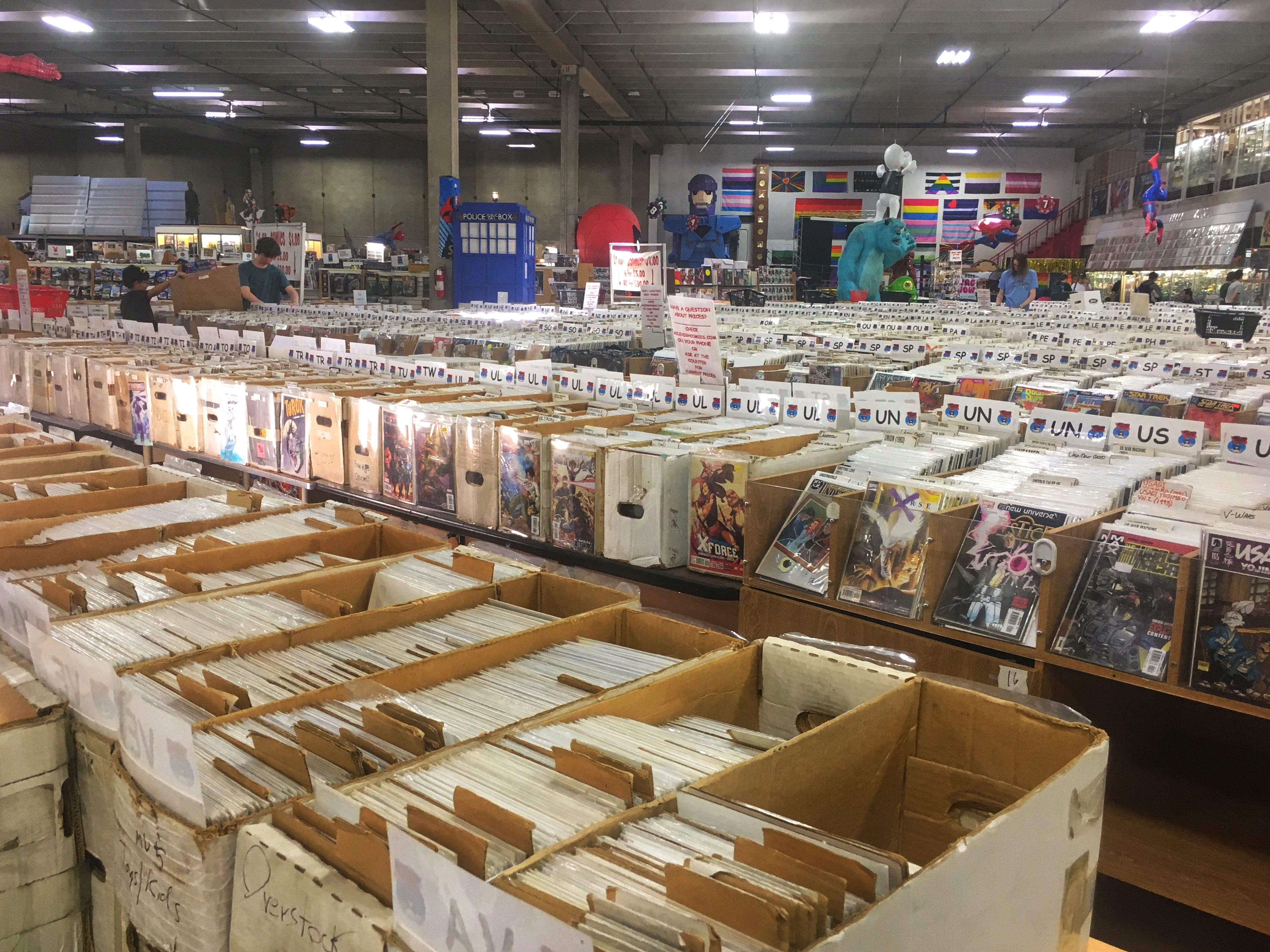 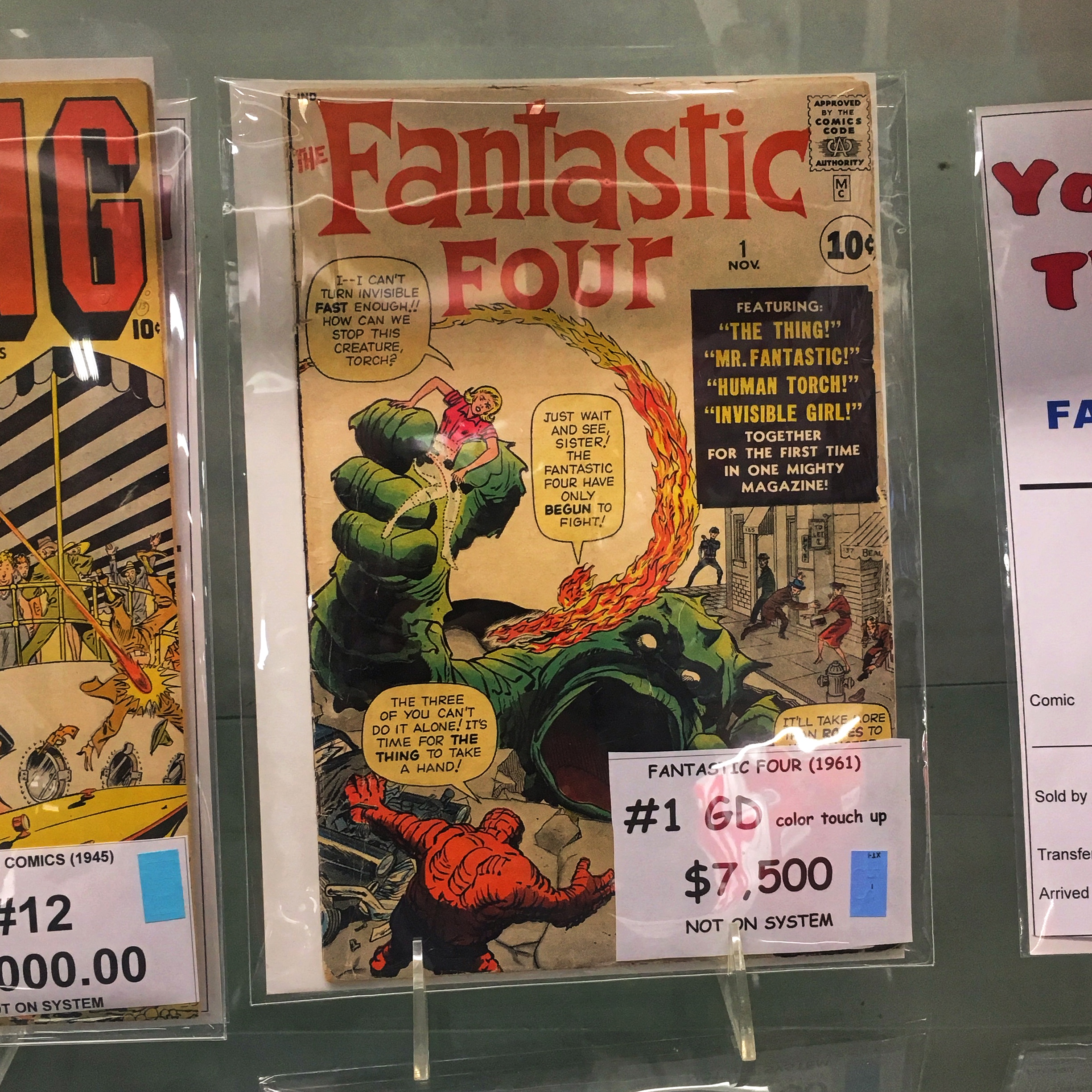 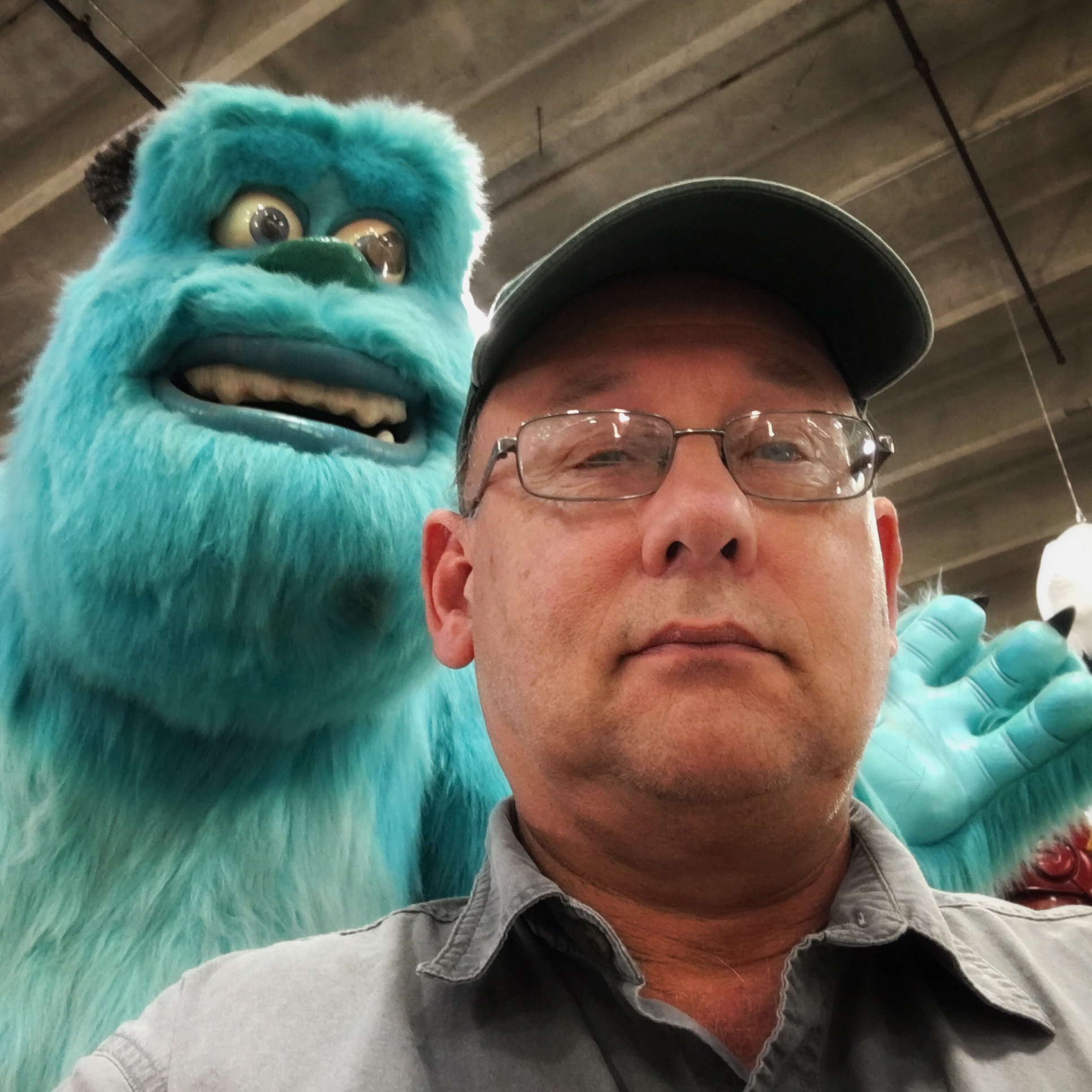 I stopped a couple miles away at Enstrom Candies, known for their toffee — which was indeed very tasty. 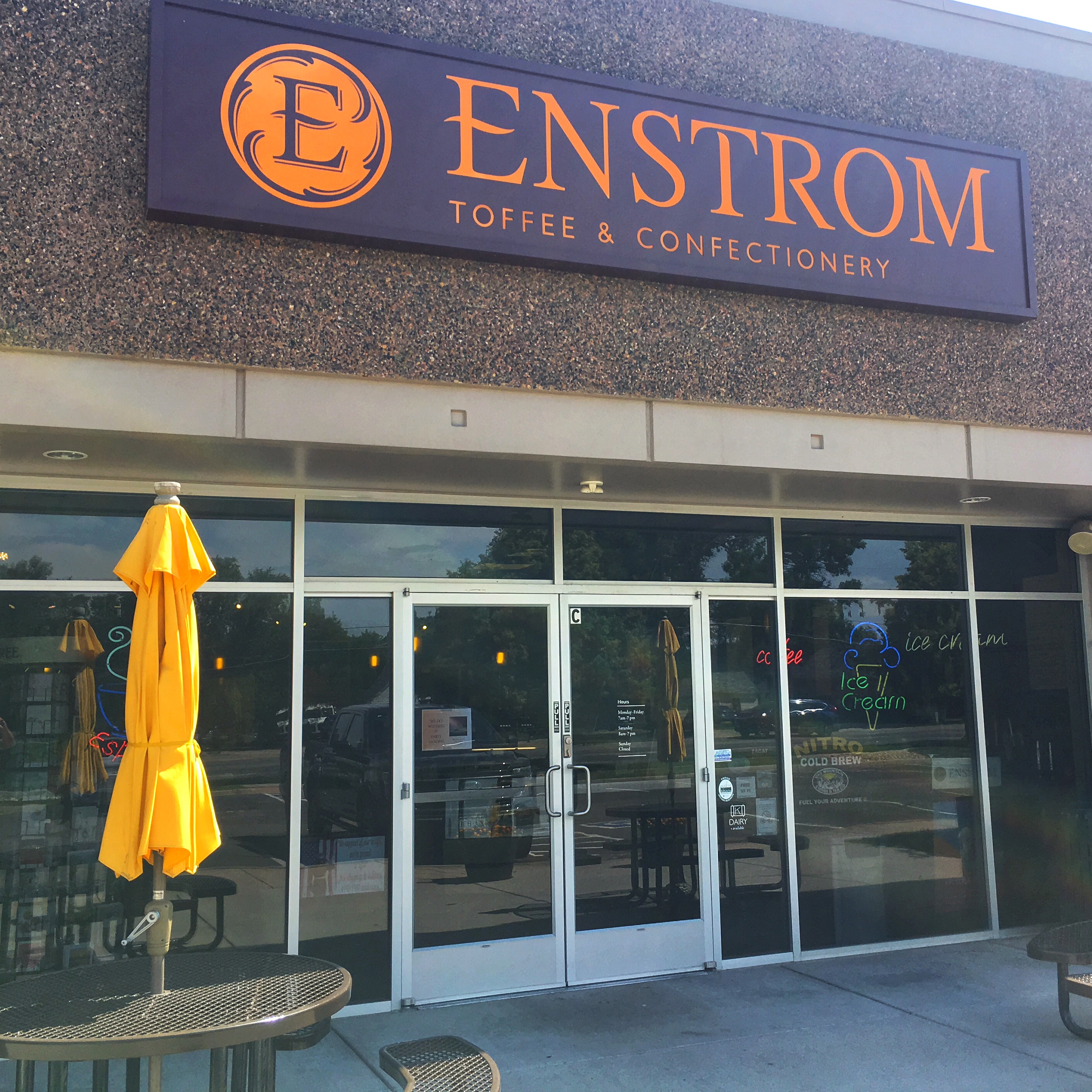