On my way to Honey Springs Battlefield, I passed a sign near Sallisaw, Oklahoma, that pointed the way to Sequoyah’s Cabin. I decided to stop in if I had time on the way back to Devil’s Den. It was a little after noon when I made it back to the area, so I stopped.

Sequoyah was half Cherokee, half White—he was also known as George Gist. He was born in Tennessee around 1770 and moved from there to Alabama in the early 1800s. While there, he worked as a metalsmith and created a syllabary of the Cherokee language (in which symbols stand for syllables). The syllabary was adopted quickly and is still in use in some areas. He later moved to Arkansas and then to Indian Territory where he built the house that still stands on this site. He spent the later part of his life trying to reconcile the factions of the Cherokee nation that had split over the selling of their lands in the East.

An addition was built on the cabin at some point. When it was preserved, the addition was removed and the logs were used to build a small visitor center on the site. The original, restored cabin was enclosed in a stone building by the WPA in 1936. The man in the visitor center was very nice and explained how the language worked. 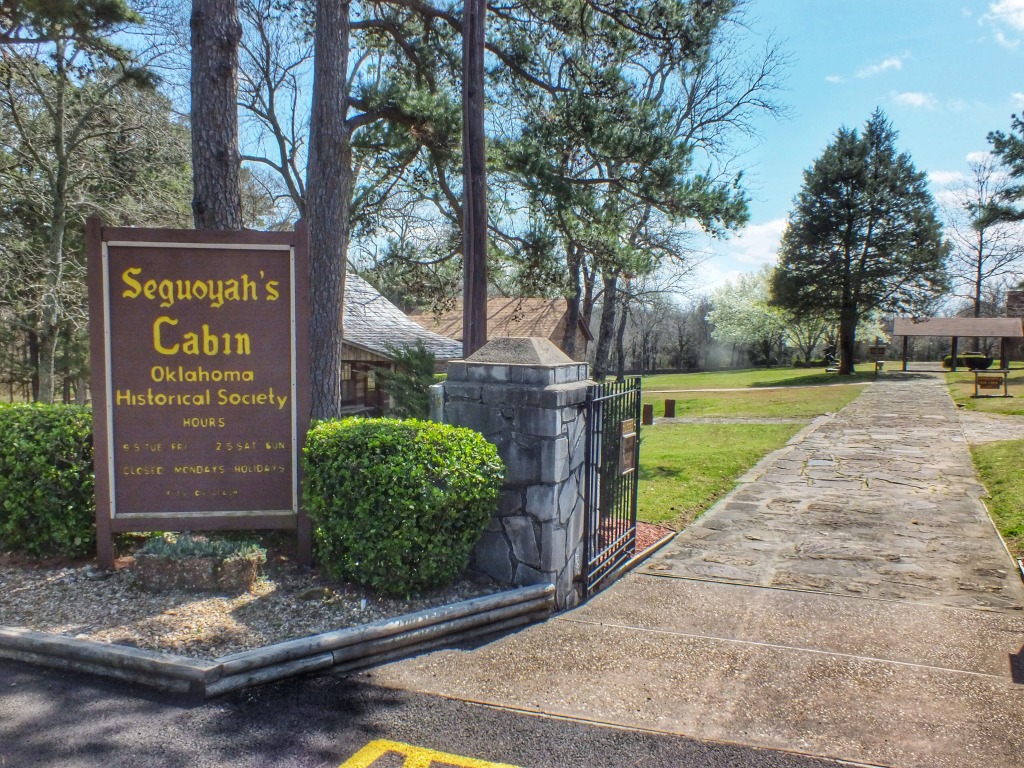 A statue of Sequoyah. He was lame for much of his life, but nobody knows why. 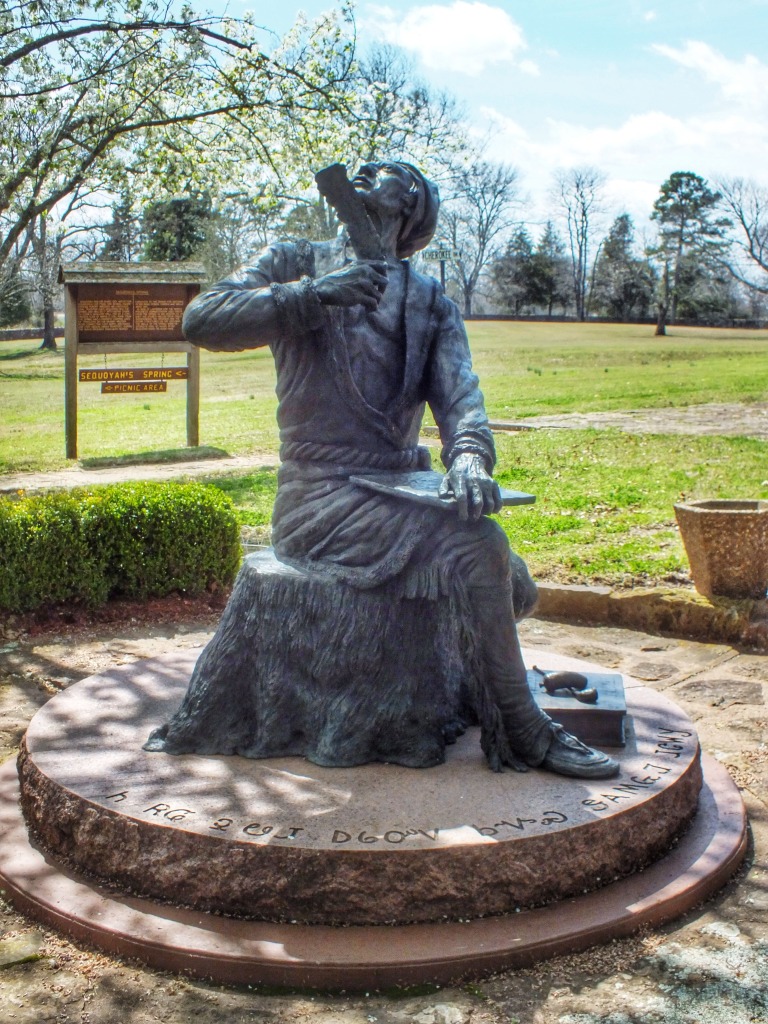 A small fountain honoring Sequoyah as an Army veteran of the War of 1812. 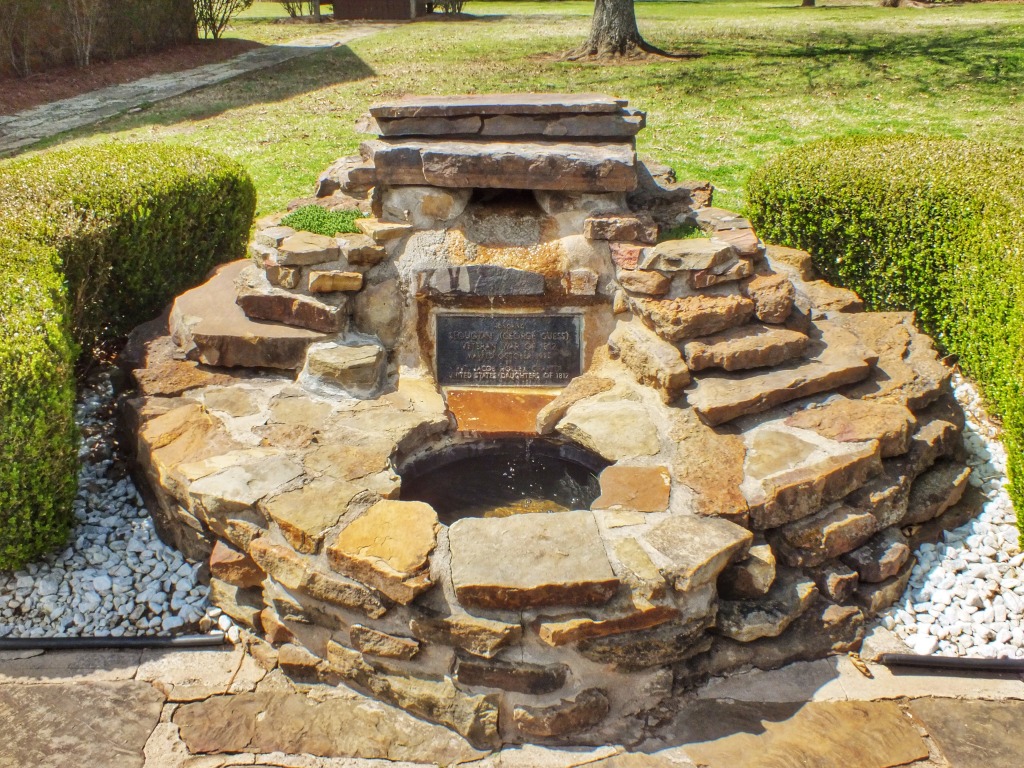 The WPA building that houses the cabin. 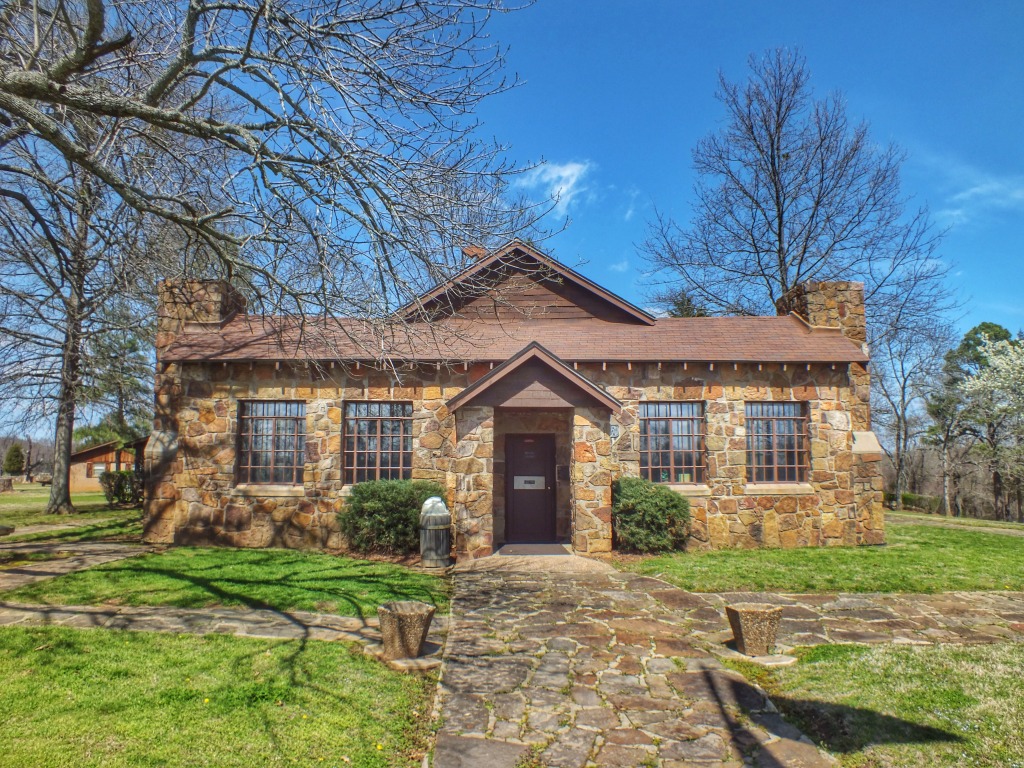 The cabin inside the WPA building. 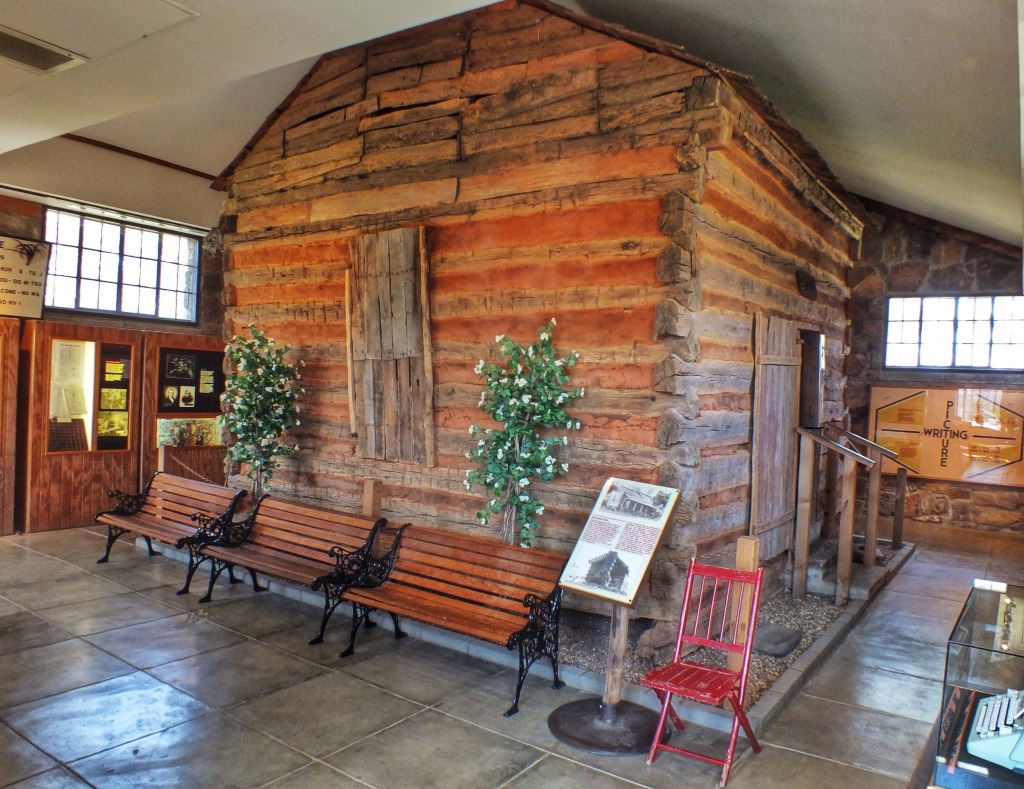 Inside the cabin. Nothing is authentic except the spinning wheel which was owned by Sequoyah’s wife. It is thought that he may have made the metal parts in his blacksmith shop. 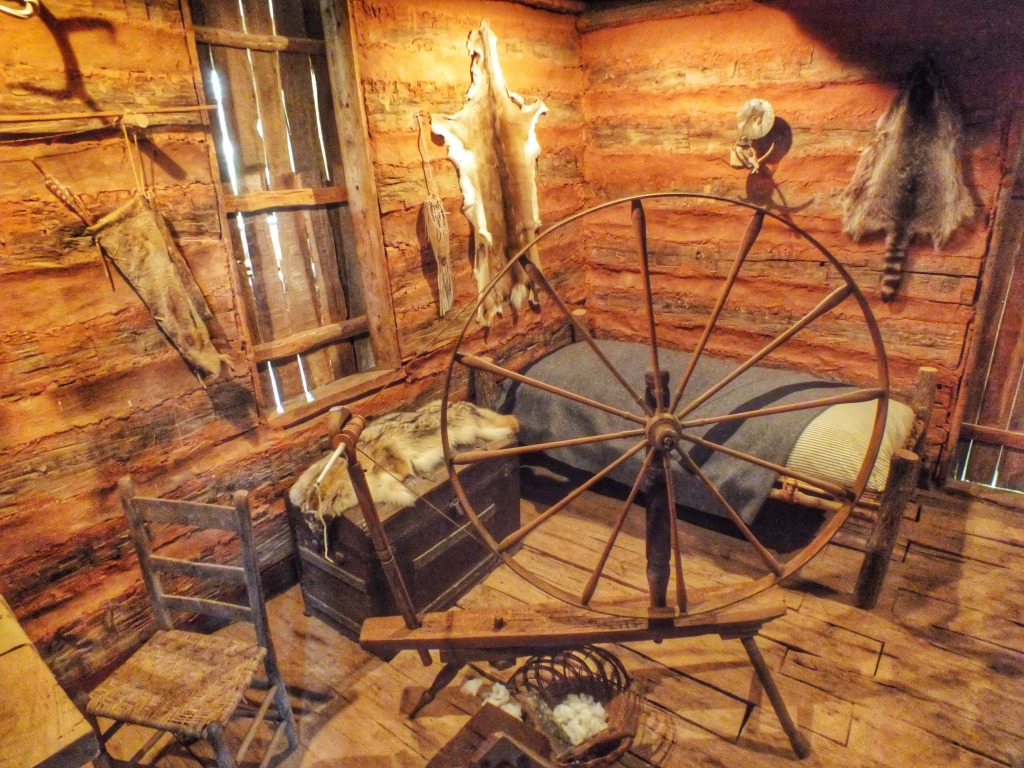 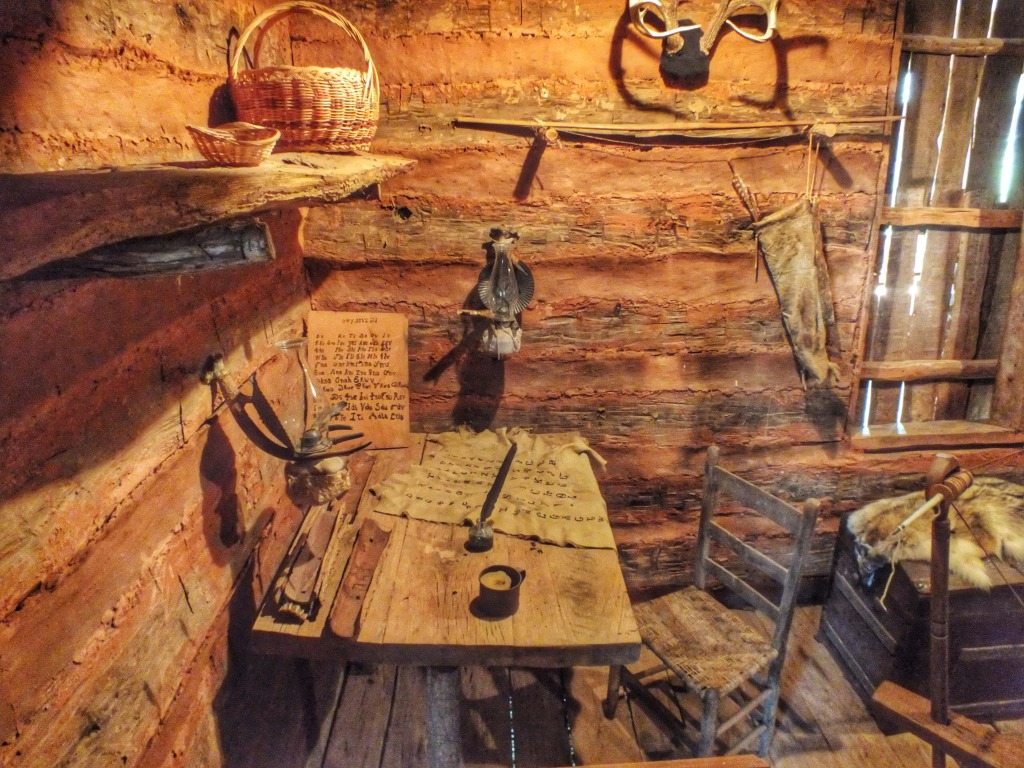 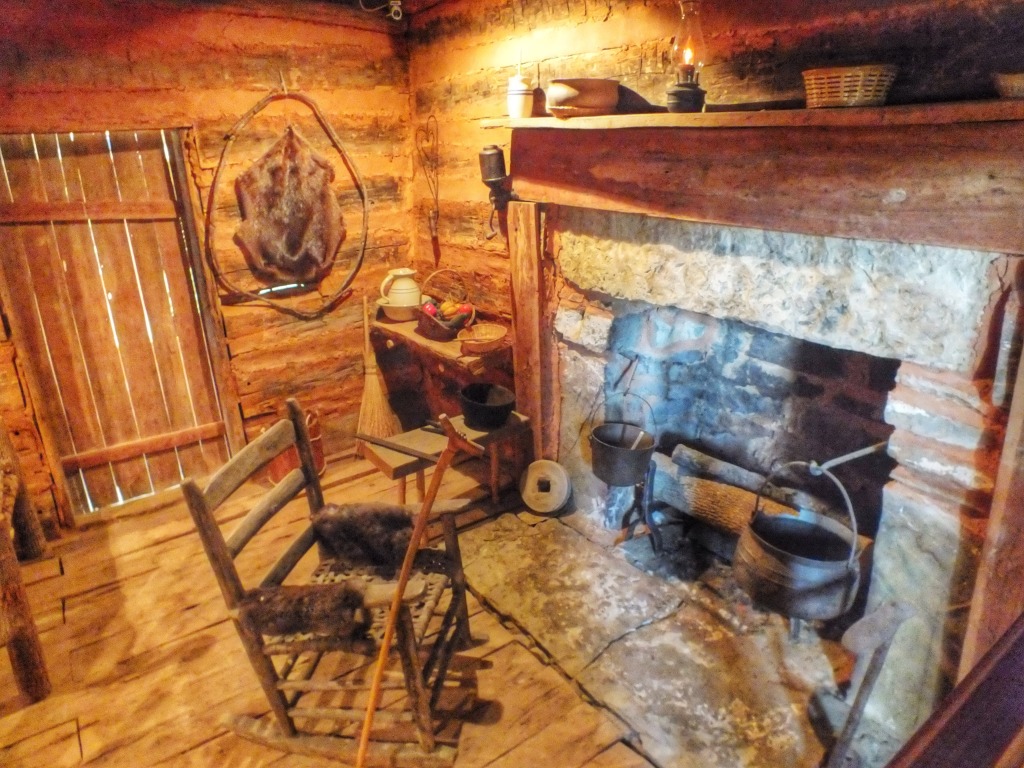 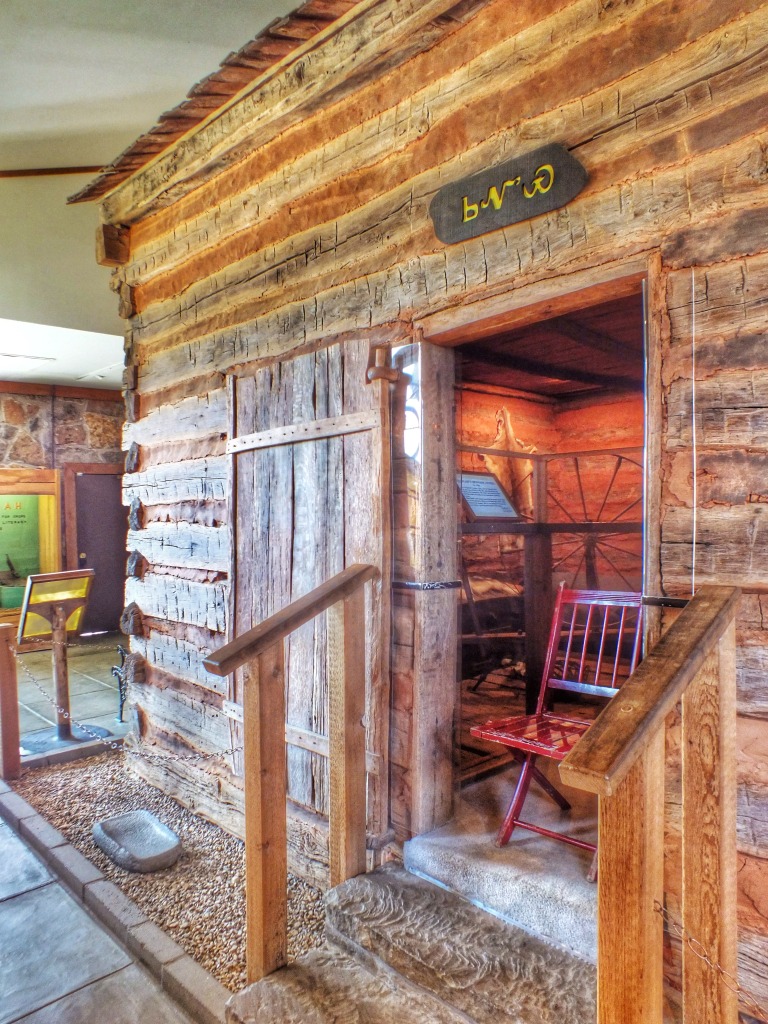 Not a lot is known about Sequoyah, and there isn’t a great deal to see here. I wouldn’t recommend a special trip to visit, but if you happen to be in the immediate area, it’s an interesting way to spend a half hour.