I planned an Option A and an Option B for this afternoon. If the weather was nice, we would visit Garden of the Gods in the Shawnee National Forest and do some hiking. The weather was not nice. We went with Option B — driving a somewhat serpentine route through nine counties in Illinois I’d never been in before.

We drove north from New Harmony to Interstate 64 and almost immediately arrived at an accident scene just moments after the emergency vehicles got there — they’d actually passed us on the way. Two semi’s were off the road. One was tipped all the way over on its side. The other, a hundred yards or so down the highway, was upright in front but the back end of the trailer was twisted and lying down. 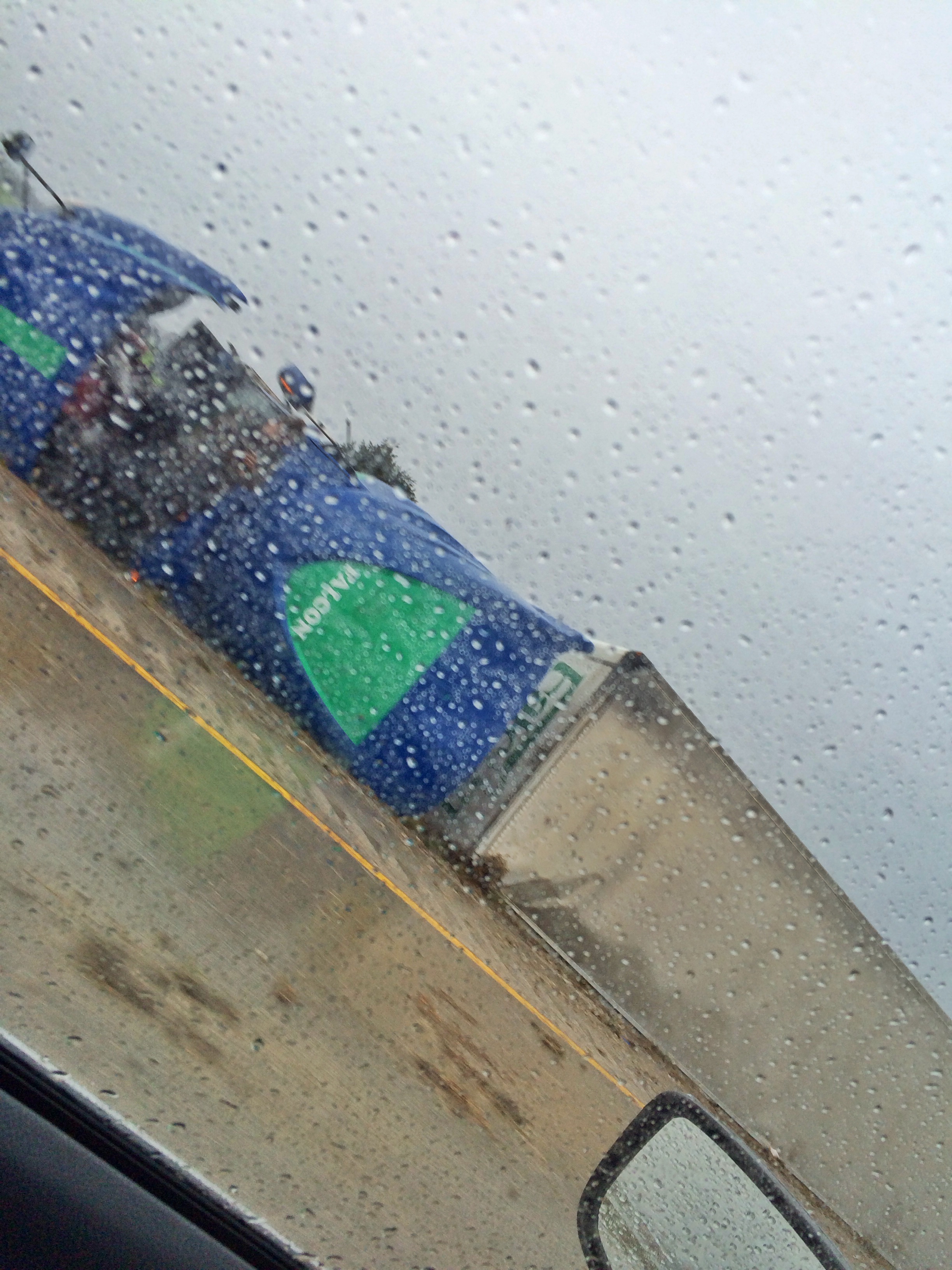 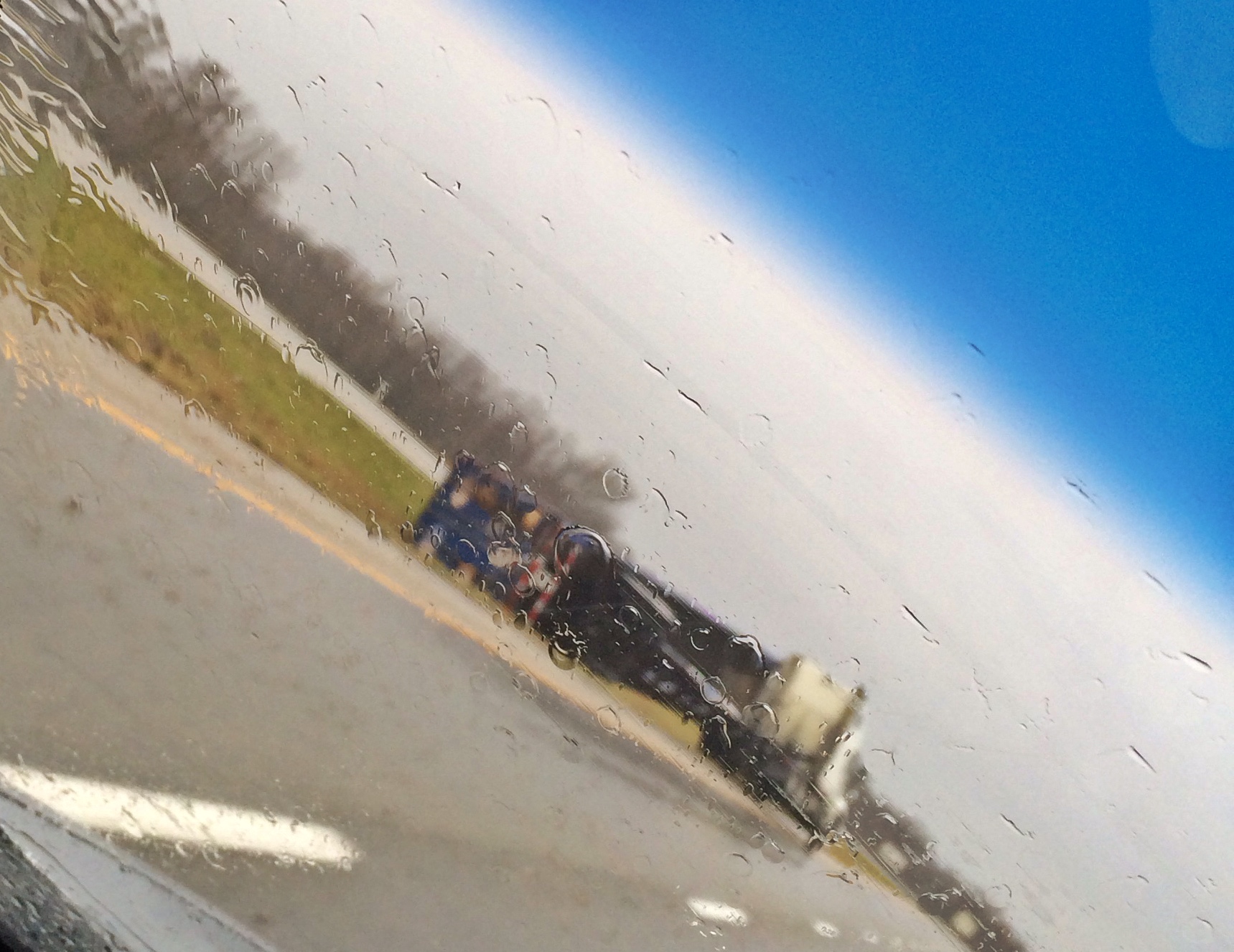 We cut north for about six miles to get Edwards and Wabash Counties, then got back on I-64 and drove west into Wayne County. The we headed south and spent the next three hours far off the Interstate. 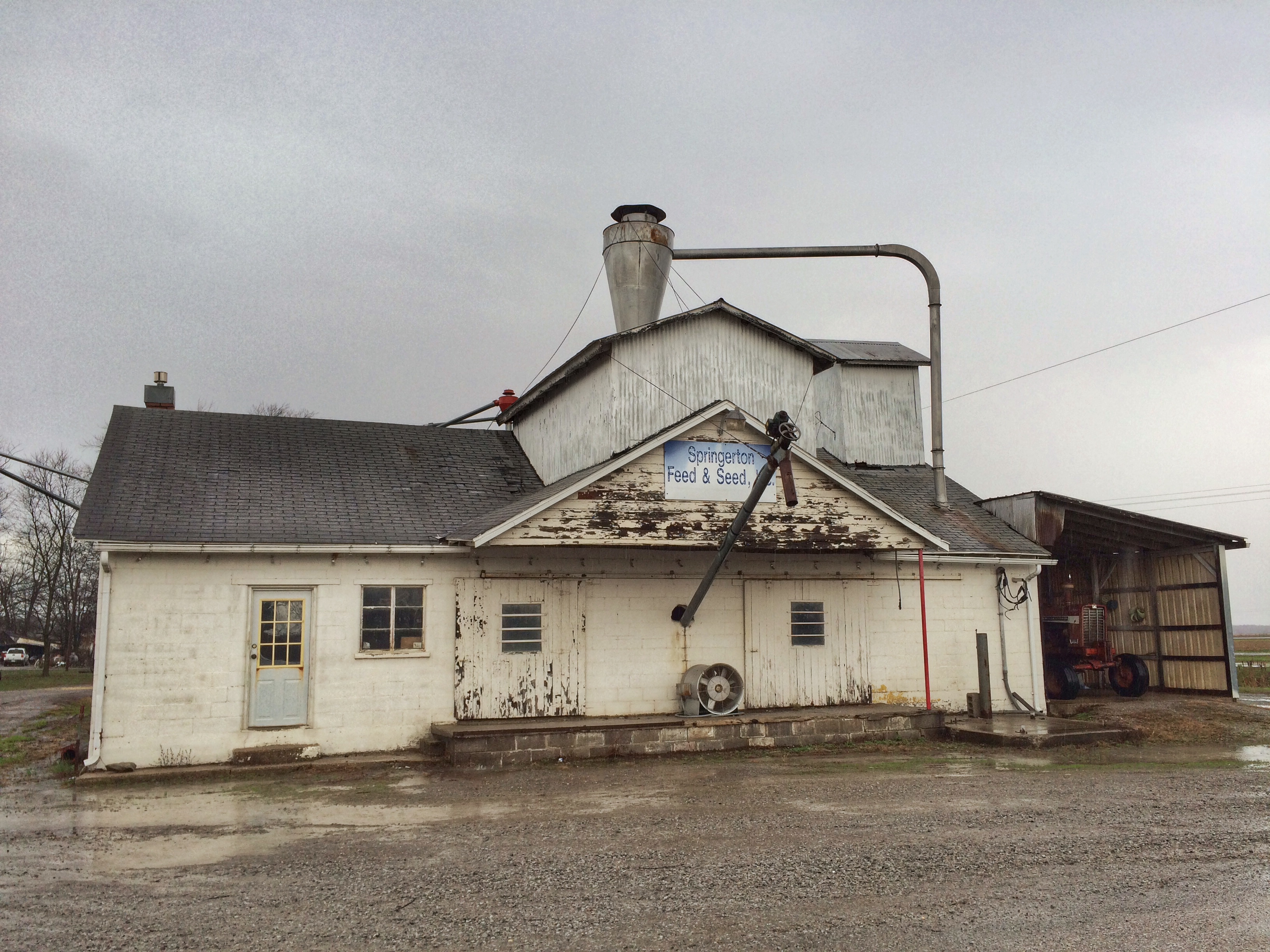 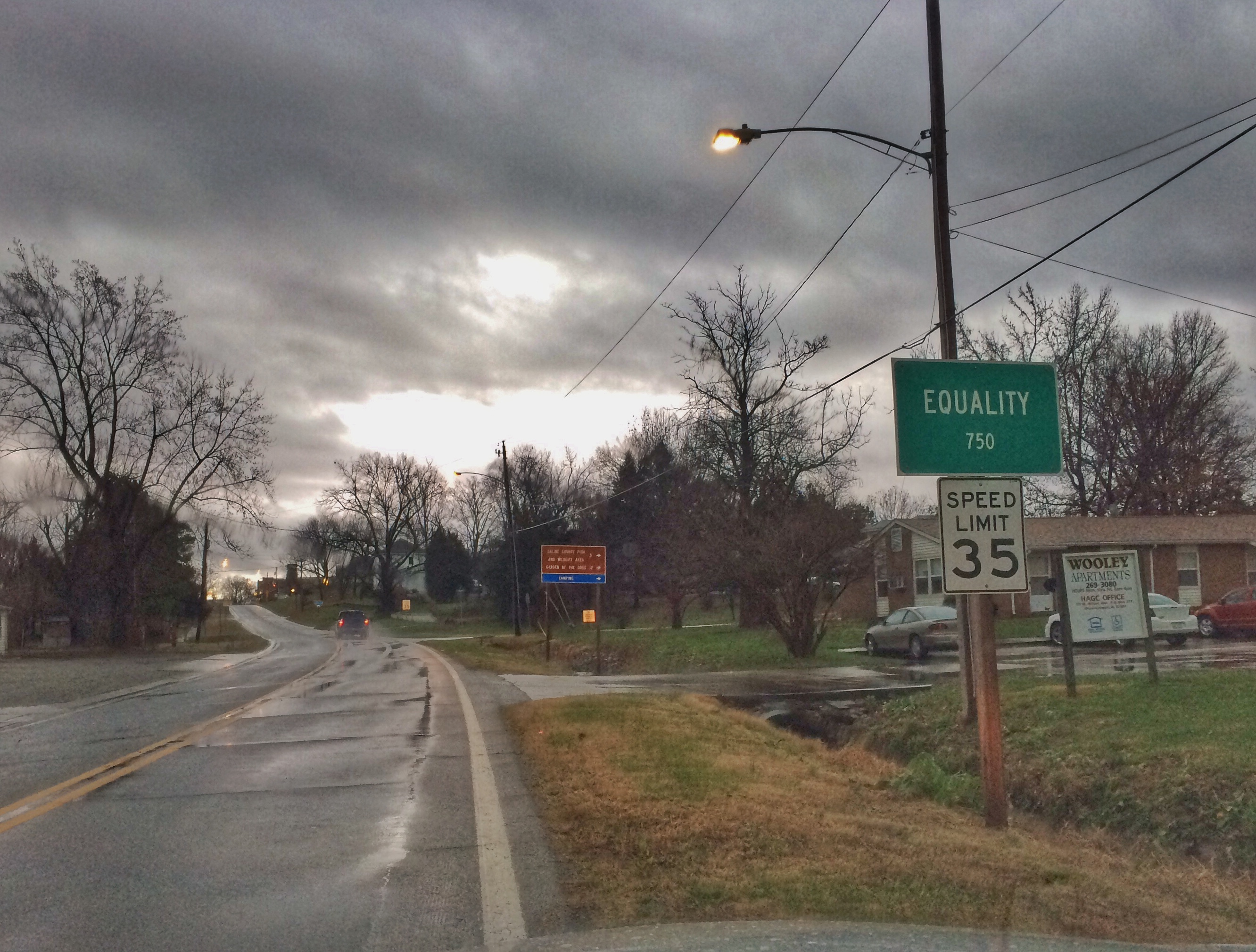 We made one stop along the way to get something to drink, in Harrisburg, at the only McDonald’s we saw all afternoon. I pulled next door to get a shot of Big John in front of a grocery store. 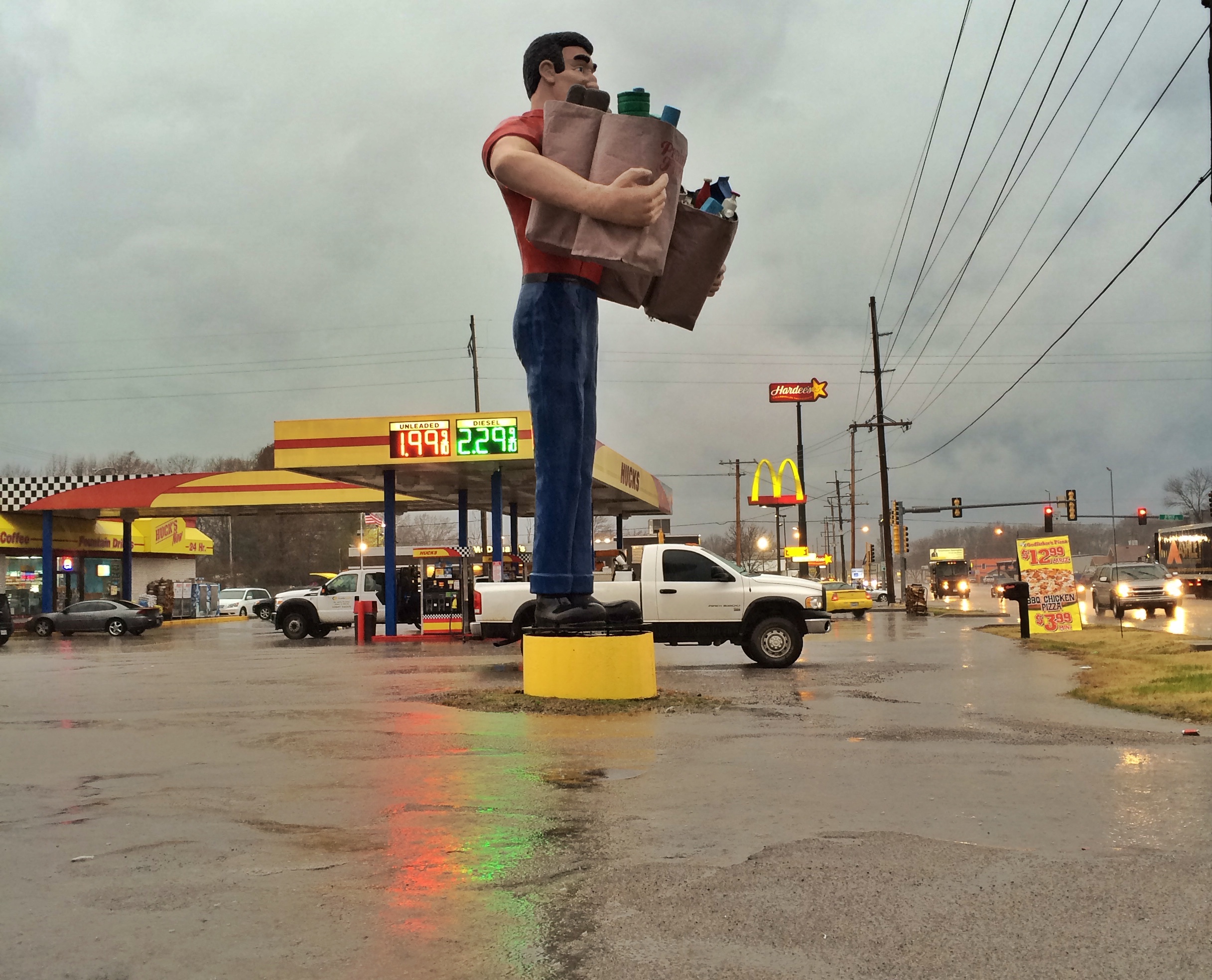 The rain continued all afternoon, with only occasional let-ups. I was looking forward to our drive through the National Forest, but that’s when it began raining the hardest. As we approached the hills, I could see them disappearing into the rain. Whatever the rain equivalent of a white-out is called, that’s what we had. I drove slowly through the woods, avoiding downed branches that were scattered all over the pavement.

When it finally let up a little, we saw a flock of about 15 Wild Turkeys stroll across in front of the car. 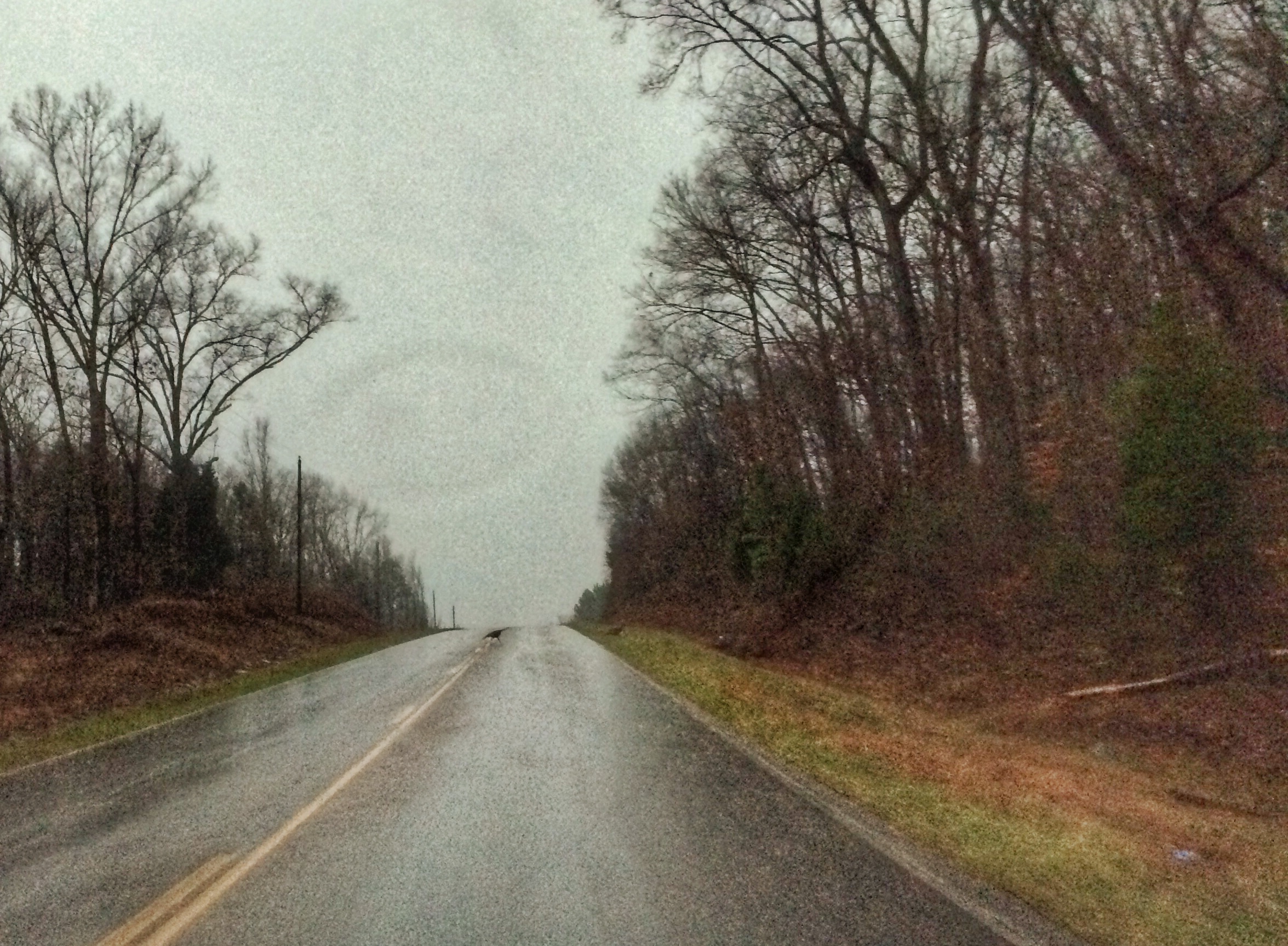 And then the storm passed and it turned into a lovely evening, complete with rainbows and sunsets. During the course of the afternoon, I took photos through the windshield of the various skies we saw. (For the rainbow picture, we stopped and I got out.) 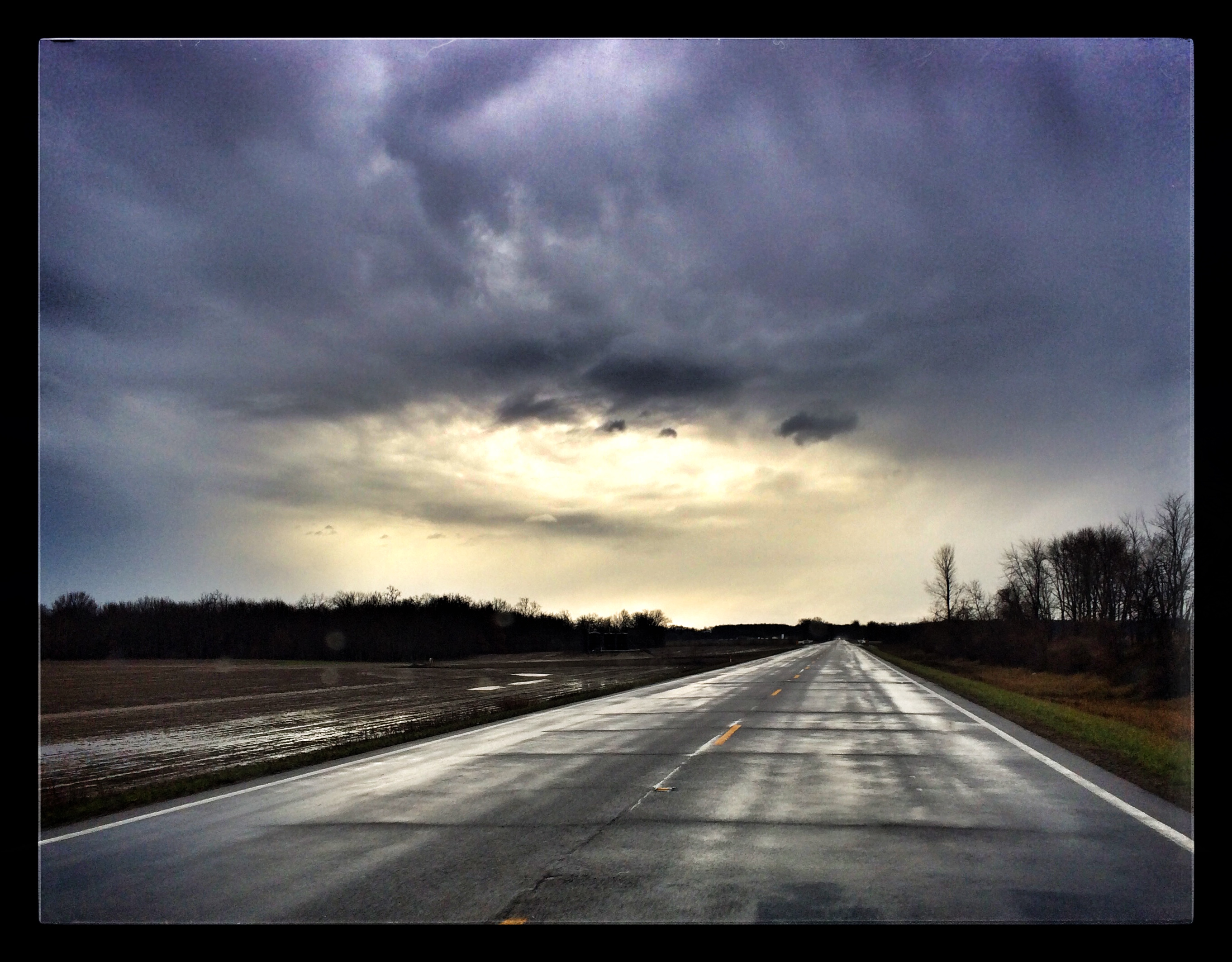 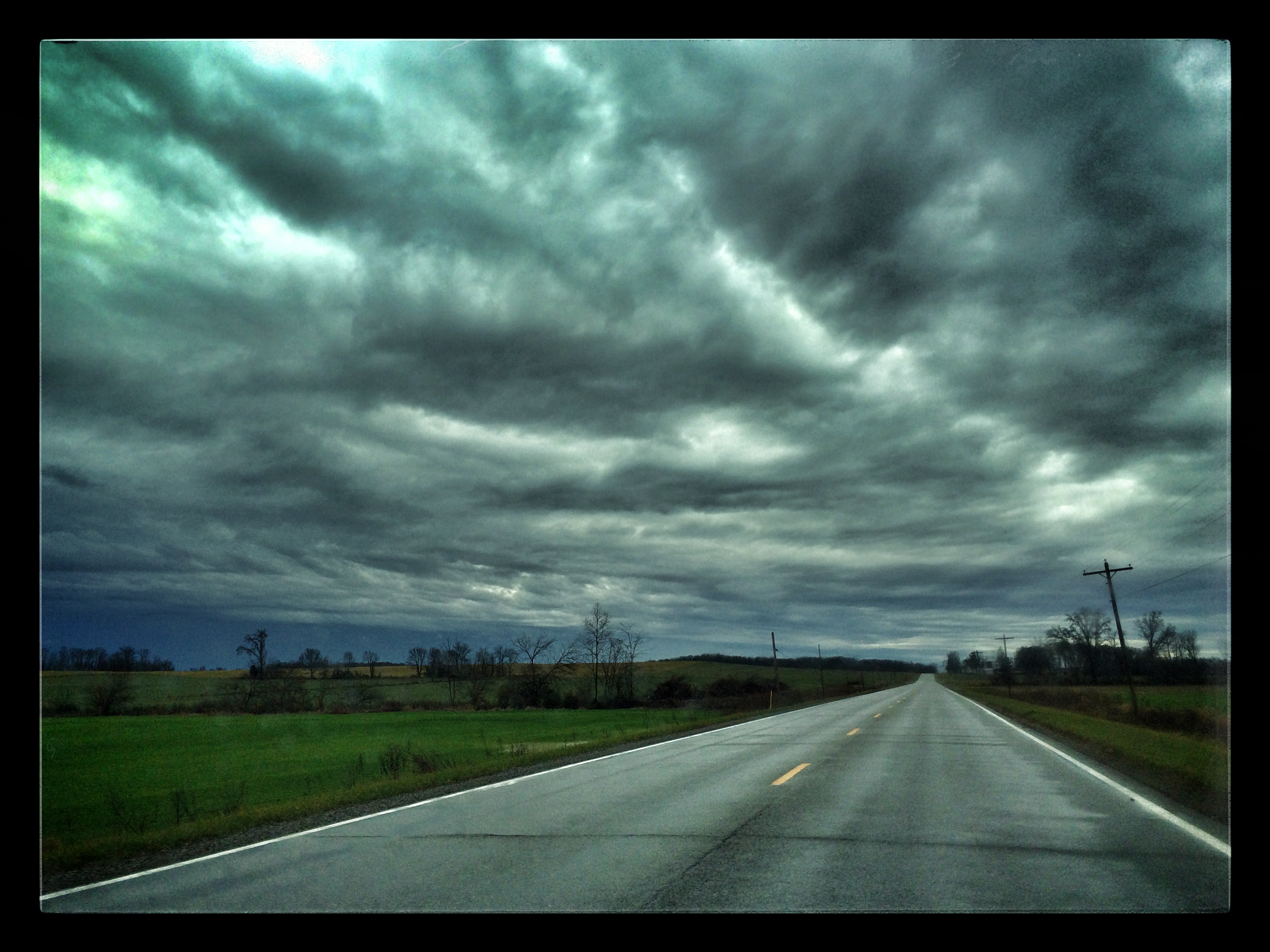 A flock of blackbirds crossing in front of us. 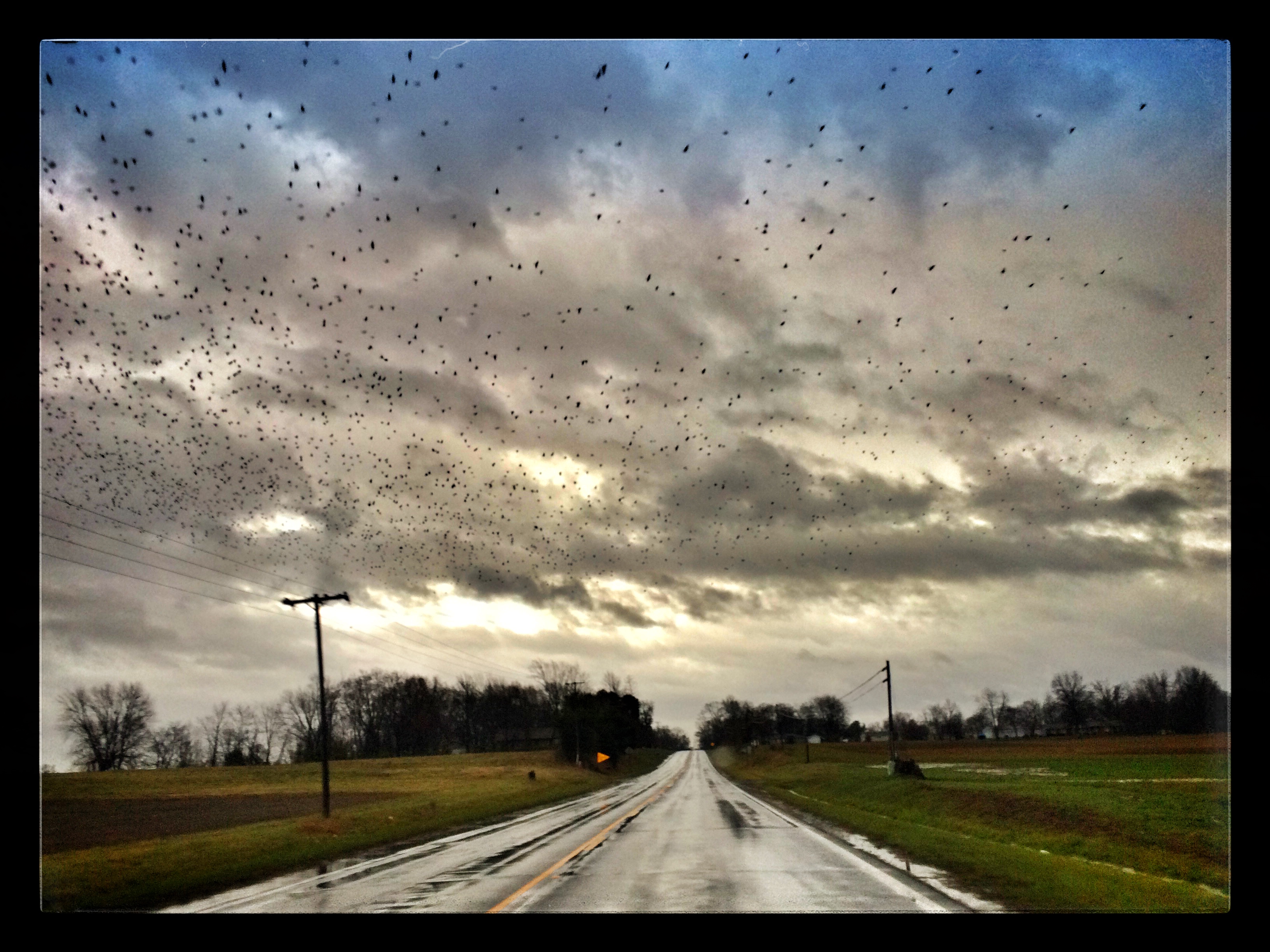 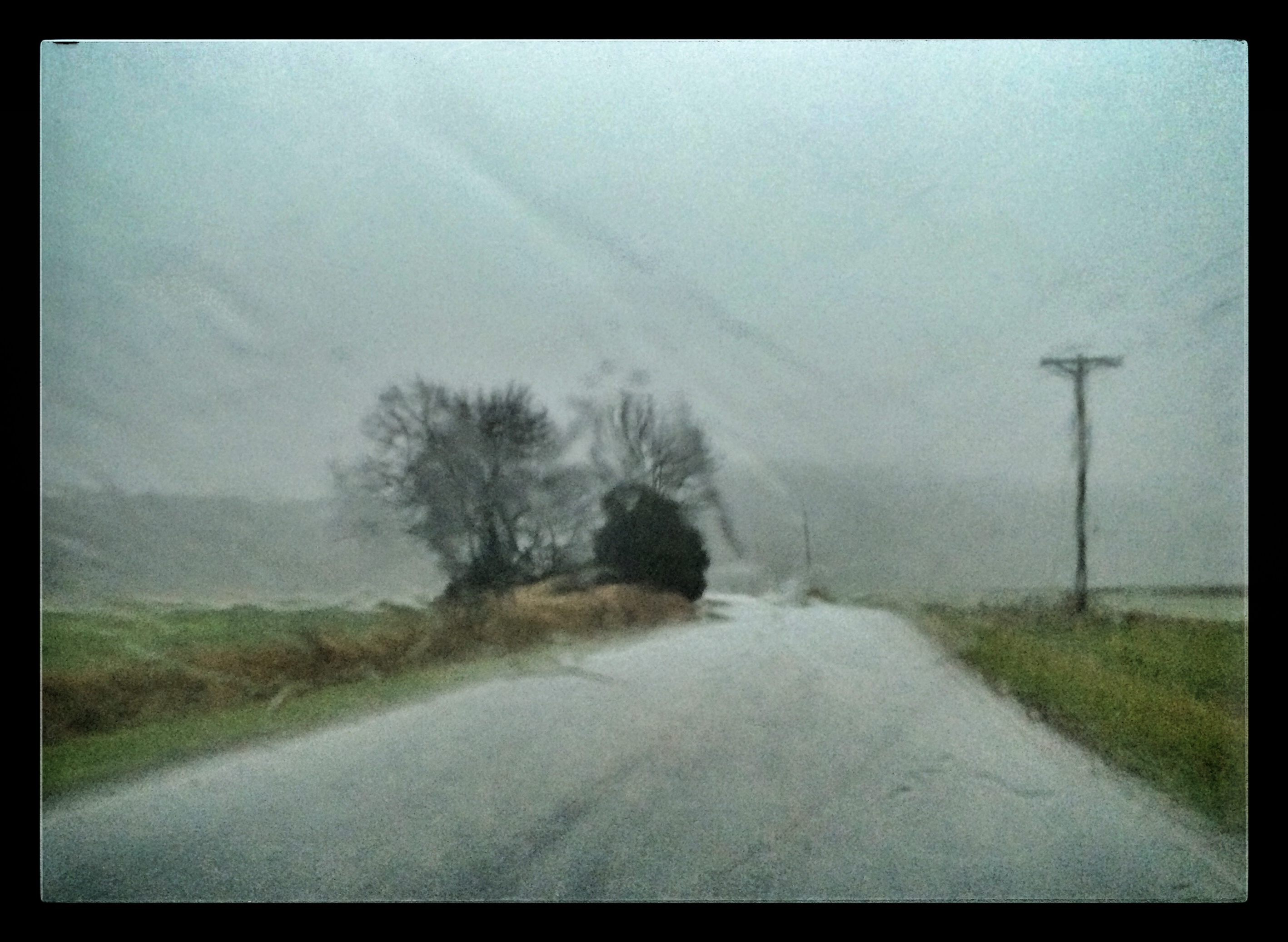 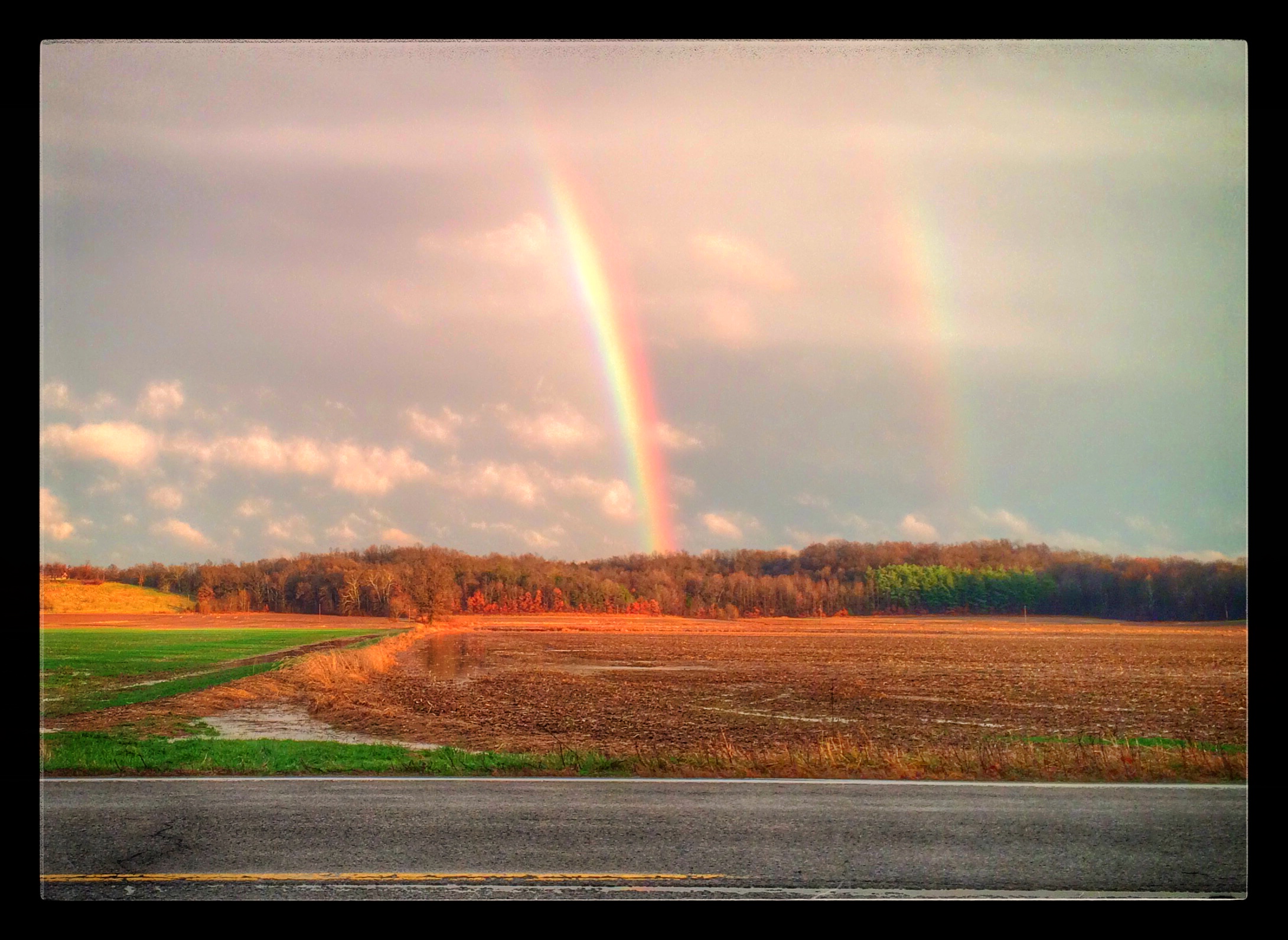 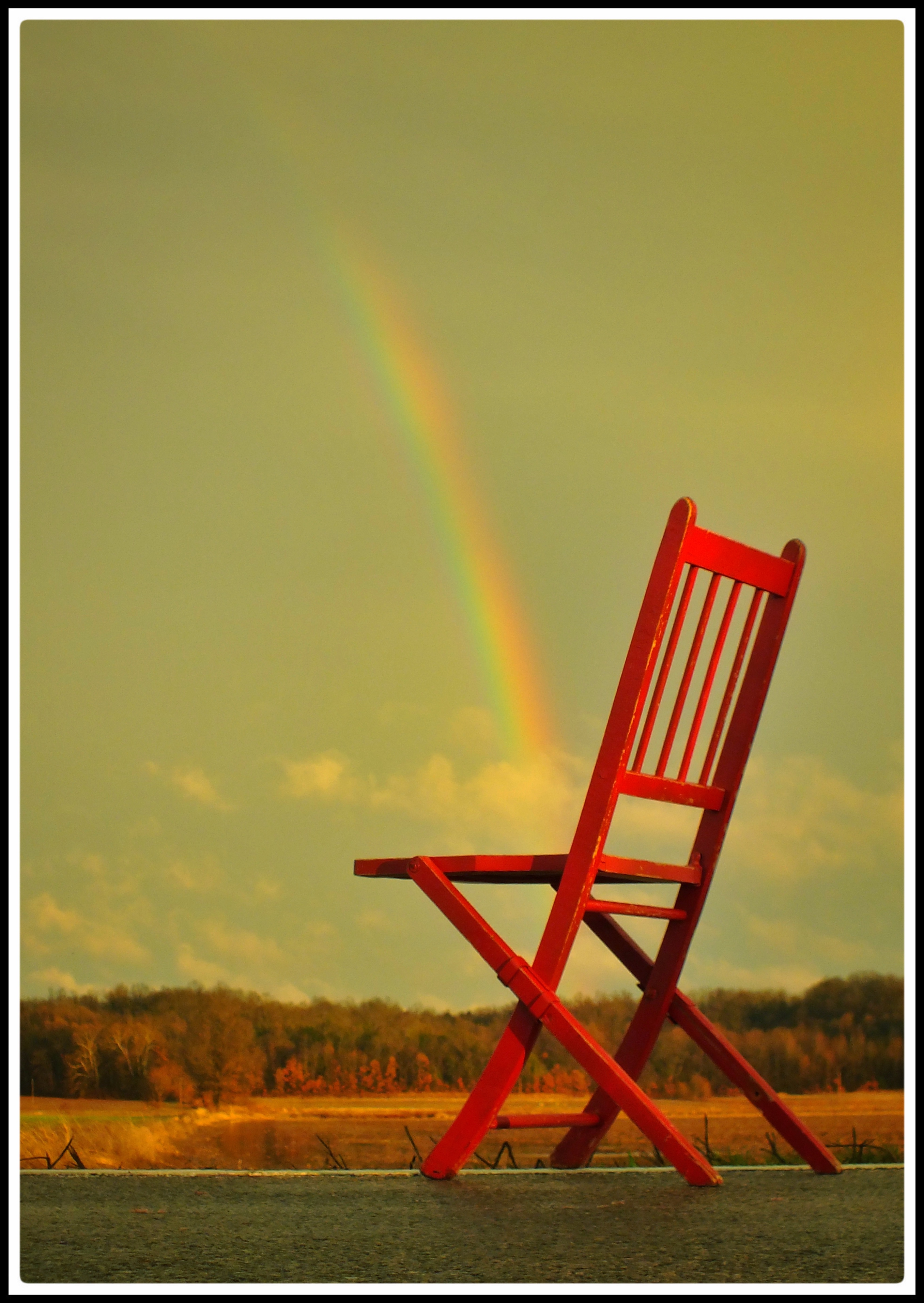 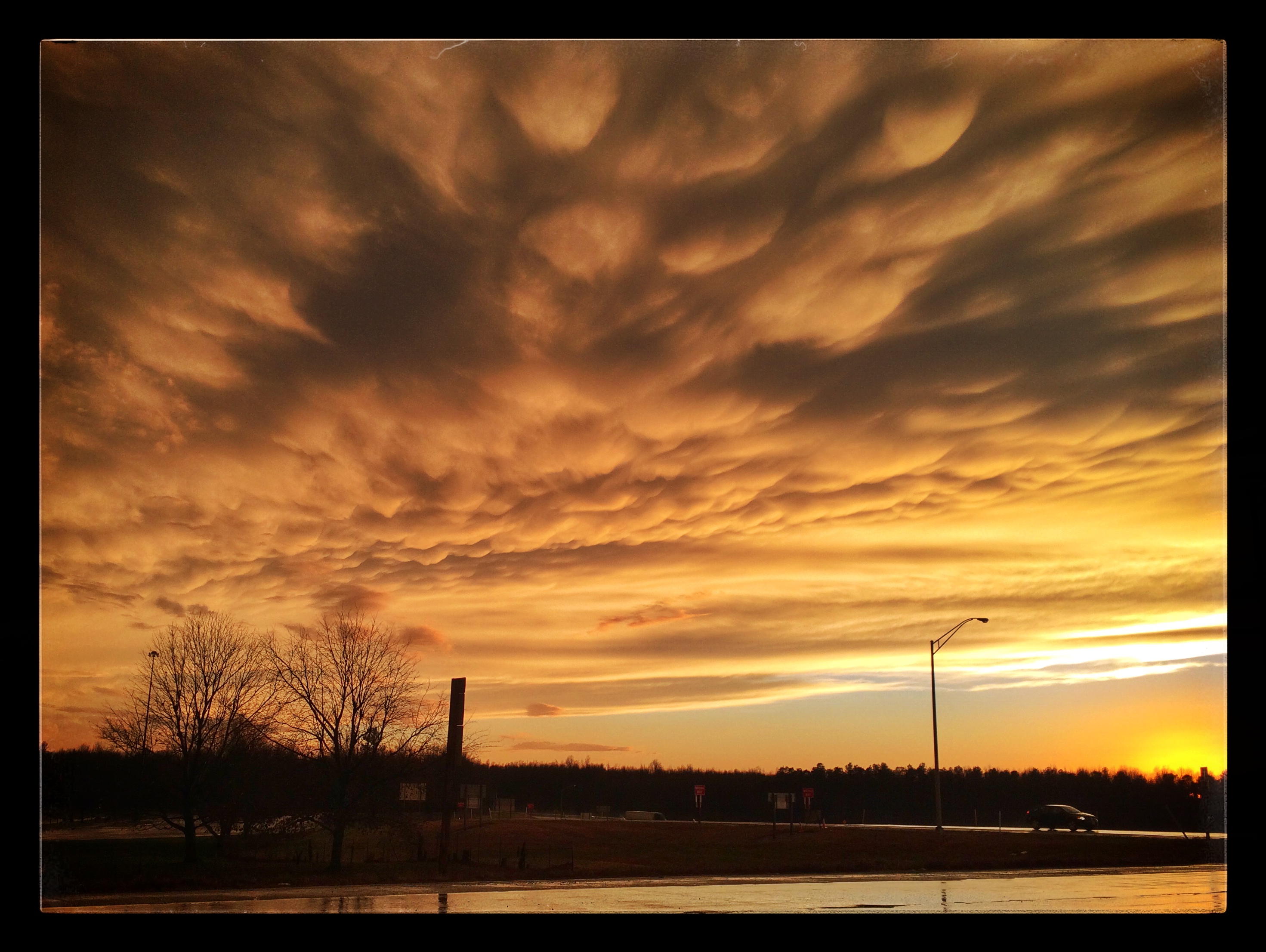 Crossing the Ohio River into Kentucky. 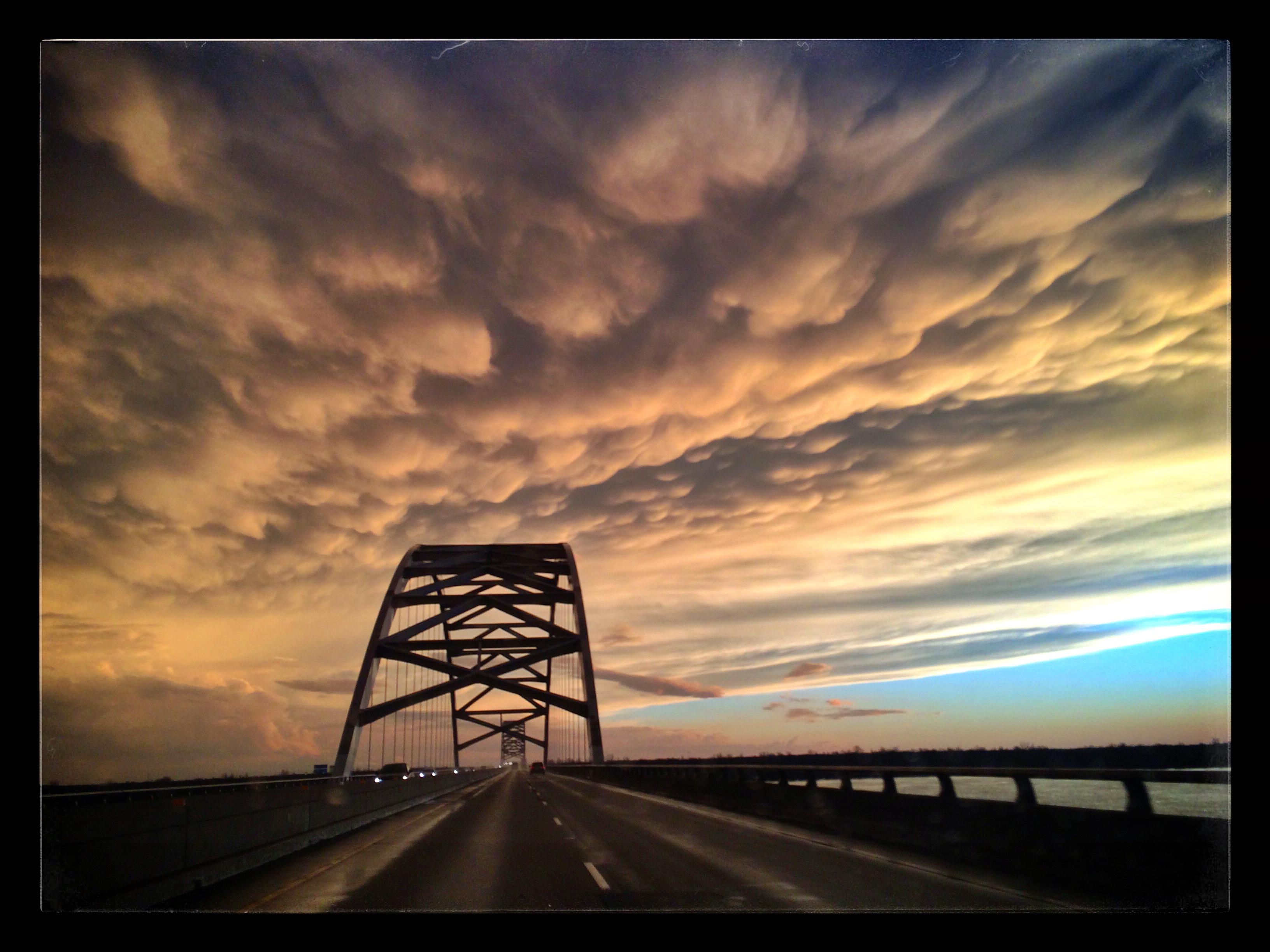 In the southern outskirts of Paducah. Even along here, we ran into showers. 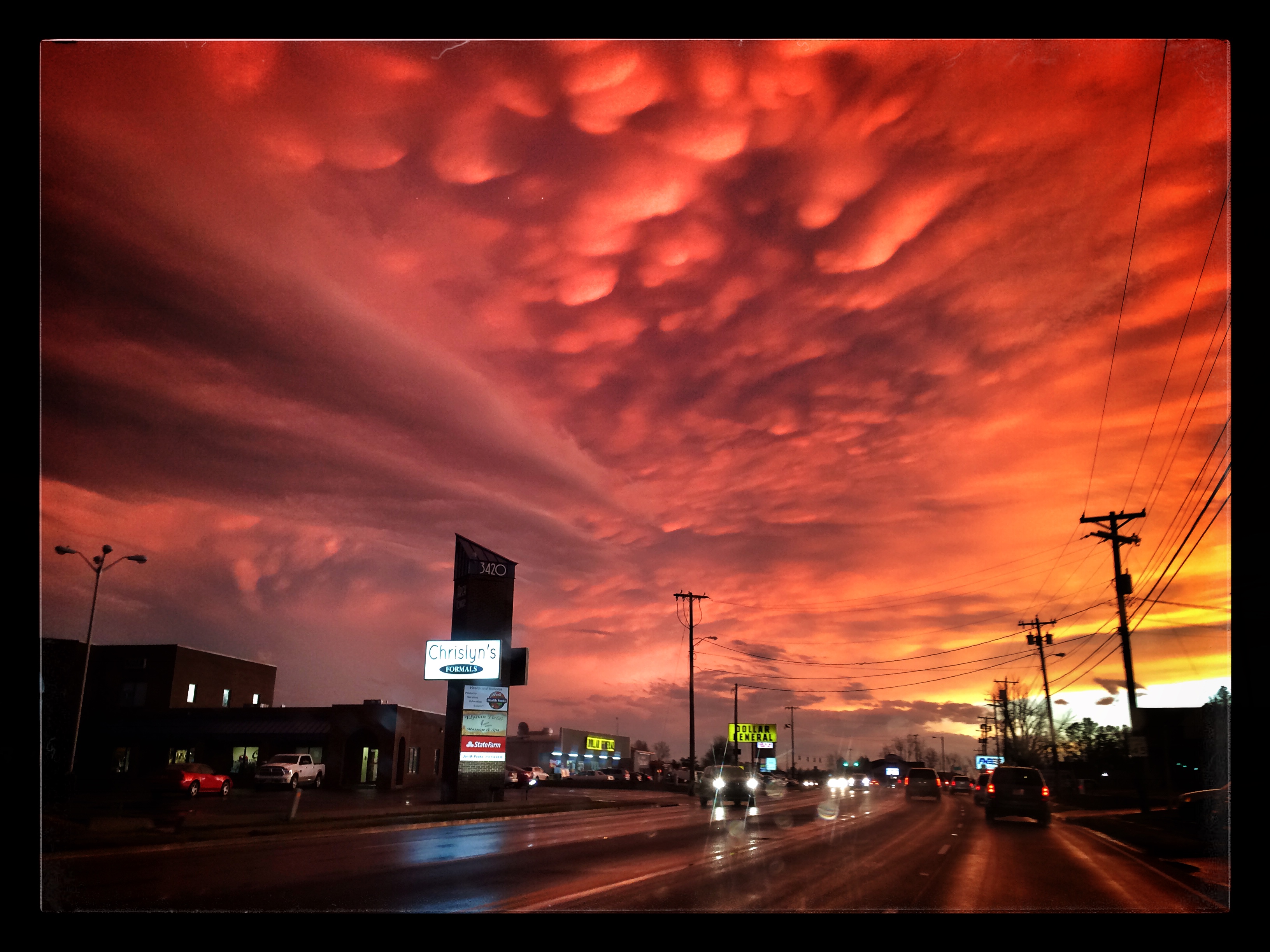 We drove until we got to Dyersburg, Tennessee and stopped at a Hampton Inn with an unlit parking lot. It was rather old and run down by HI standards, but OK. With very few attractive options for supper, I agreed to go to a Cracker Barrel, one of the restaurants on my “Not if I have anything to say about it” list. My wife insisted that her meal was good. My breakfast skillet was mediocre at best.

For the record, the other Illinois counties I added to my list were White, Hamilton, Gallatin, Saline, Pope, and Hardin.

This entry was posted in Red Chair, Road Trips, The Sky. Bookmark the permalink.