There I sat on a Sunday evening between my wife and my boss in a wooden-domed theater watching a woman who had sorta trained some house cats to do tricks. It was Maddie’s fault. Her mom had purchased a table near the front of the arena and had three unfilled seats. I asked Maddie why she wasn’t going. She told me she thought everyone should go once, but that once was enough. 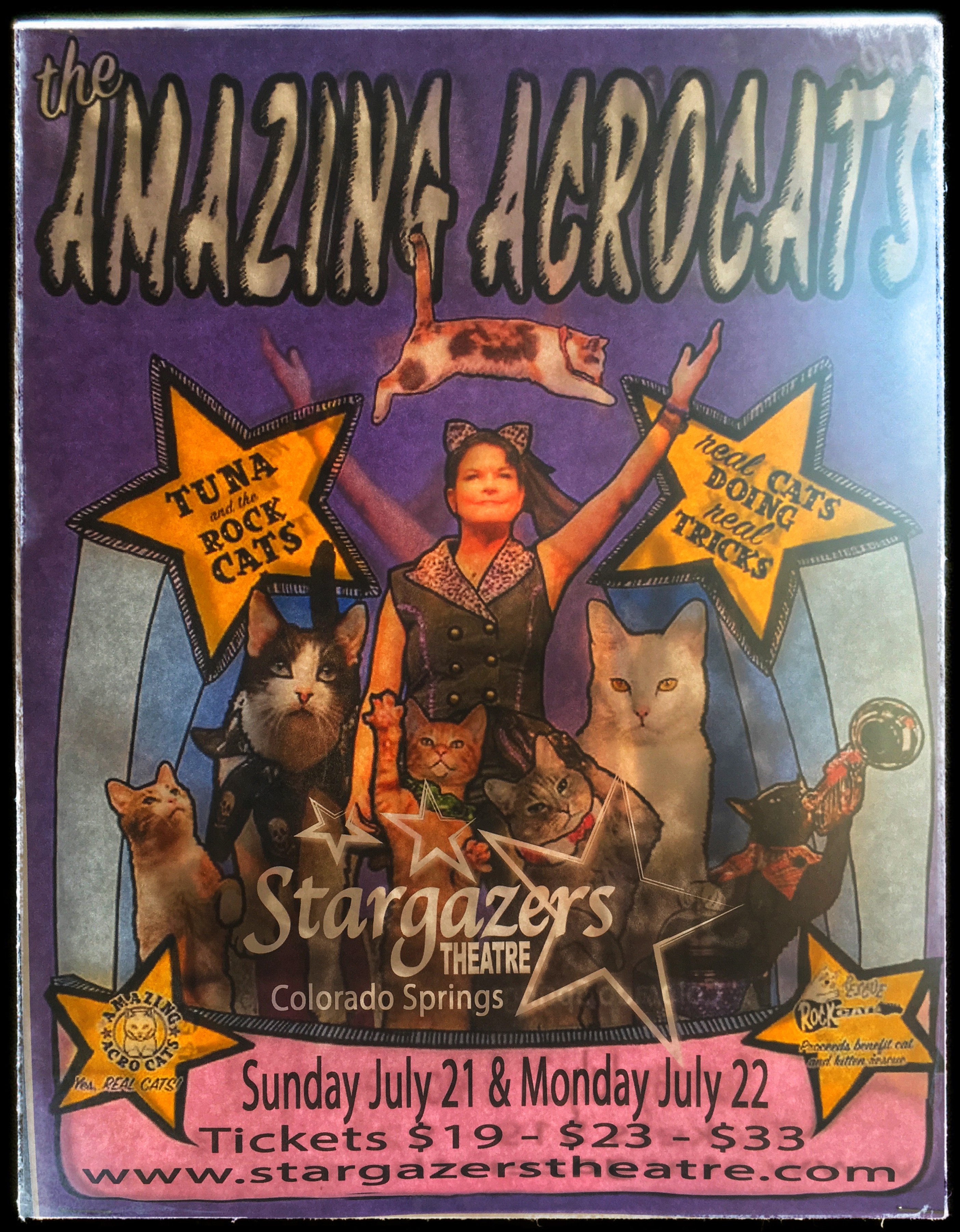 Very few of the tricks were actually impressive. The shtick was that the performers were cats and to get them to do anything was impressive. There was also a groundhog, a chicken, and two hat-wearing rats in the show. The creatures pushed things, jumped on things, batted at things, and wandered about aimlessly ignoring all instructions. The MC kept up a constant banter about the histories of the cats interspersed with lame jokes and subtle pleas for donations. Her two assistants held up funny signs and corralled wayward cats. 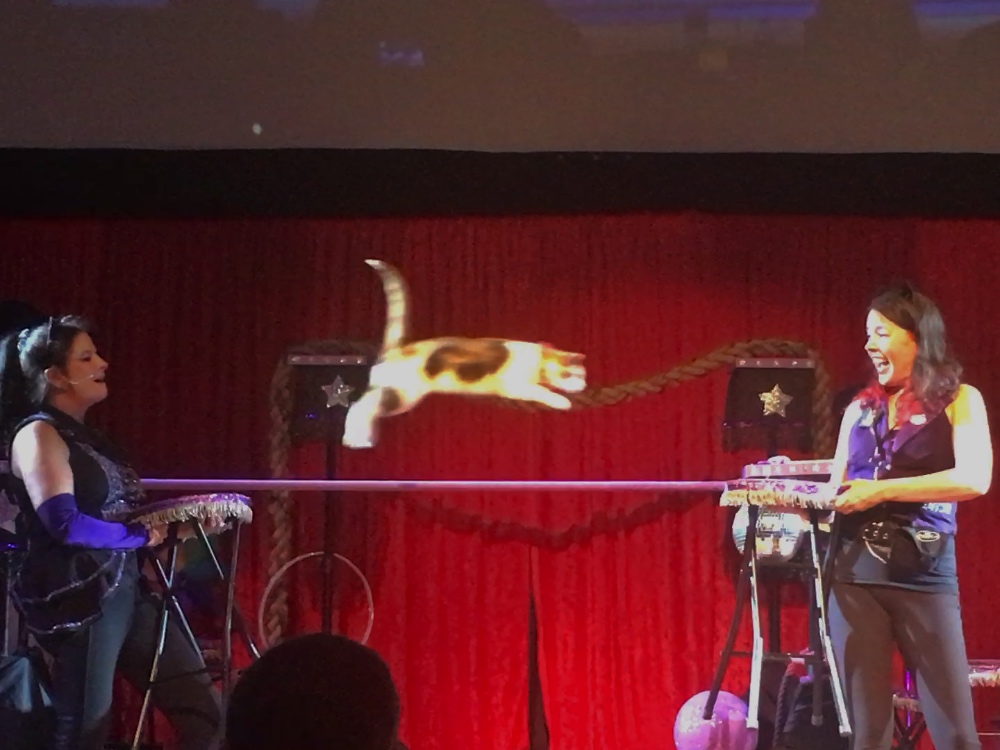 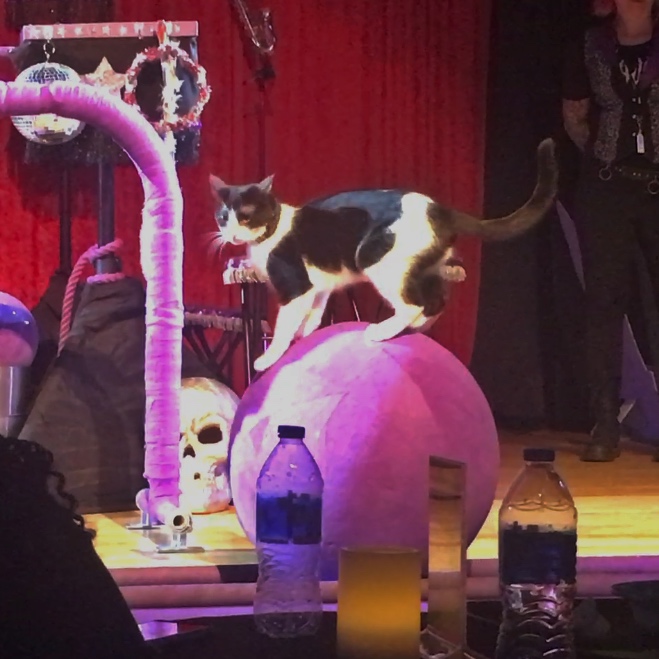 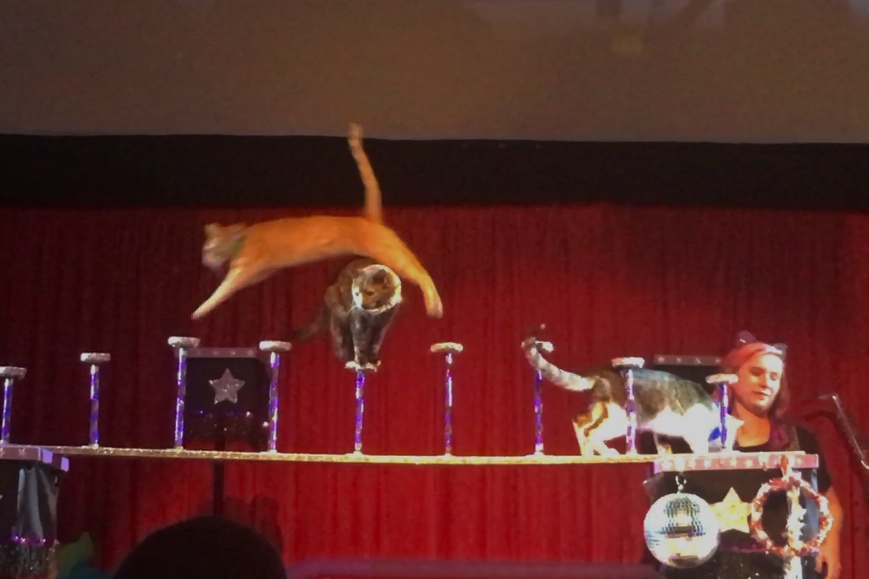 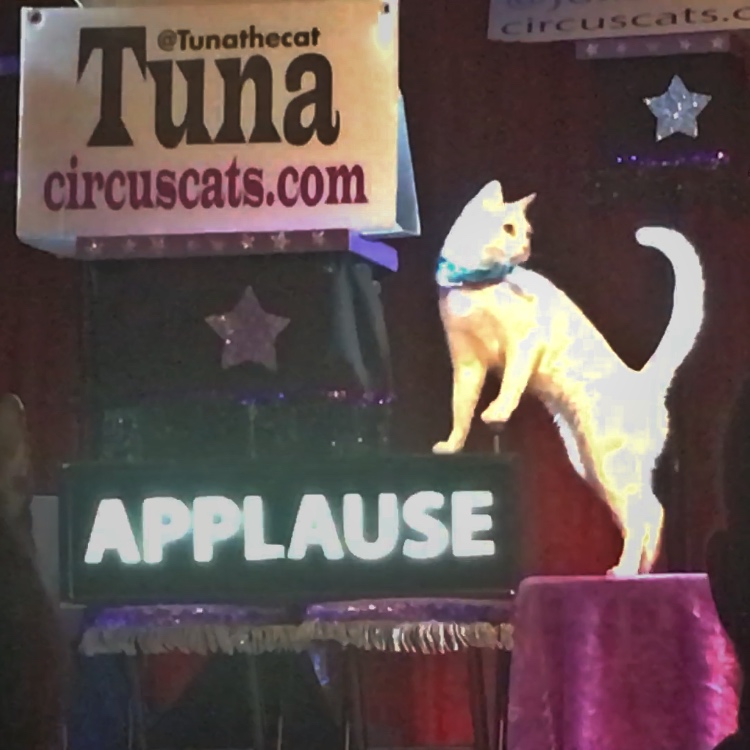 The grand finale was a band. The cats banged on a drum set, a keyboard, and a cowbell (while a recording of Christopher Walken saying “I gotta have more cowbell” played in the background). Others licked some kind of gunk from the mouthpieces of plastic trumpets while trumpet music played over the speakers. The chicken pecked on the cymbals. 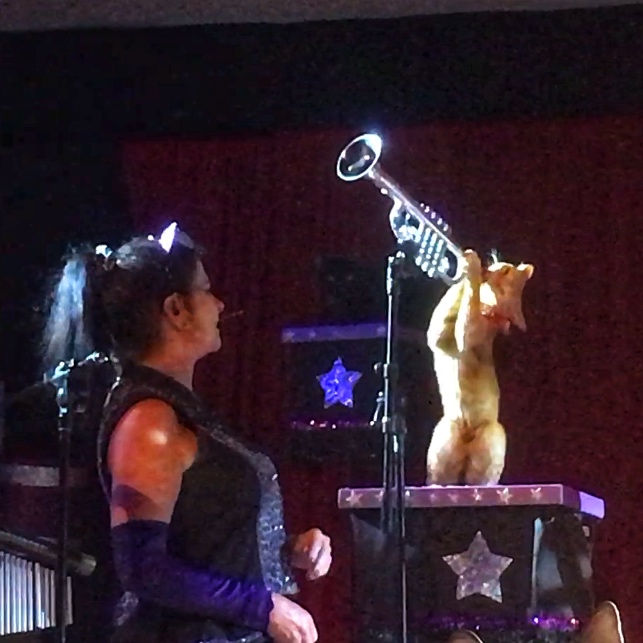 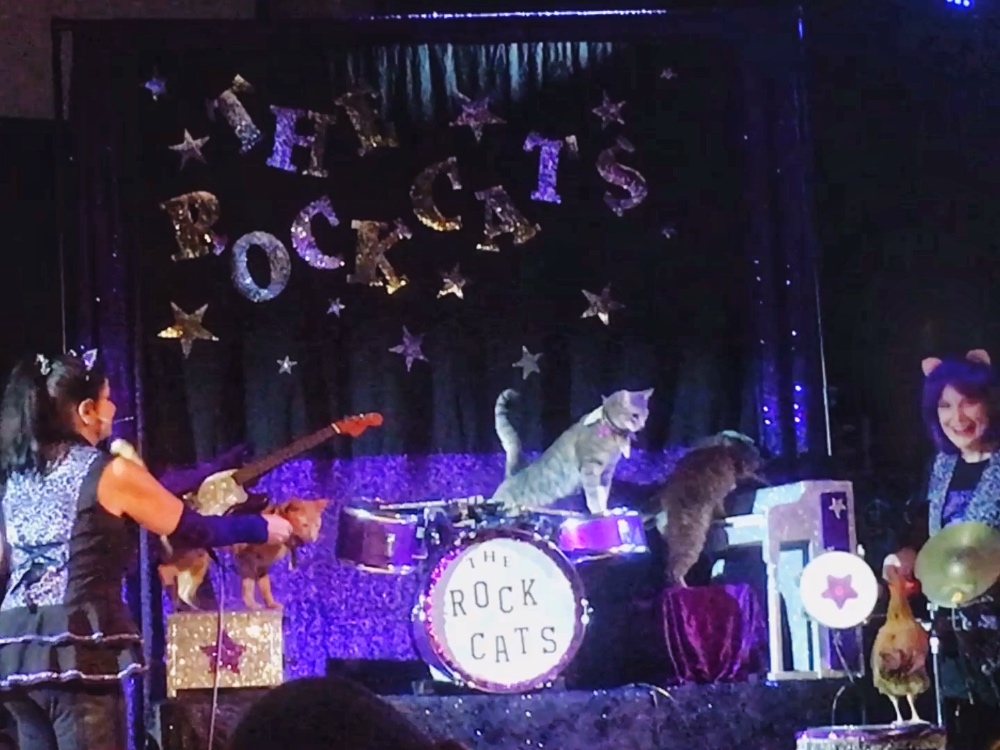 A selection of cat tricks can be seen on this video. You might want to just dip into it here and there rather than watch the whole thing.

It was enjoyable, but the enjoyment waned as the evening passed and we all got tired of laughing at cats being cats. Maddie was right. Once was fun—and once was enough.