I took a Wednesday off for my birthday, and Sally and I drove to Denver to tour the U.S. Mint. The tickets are first-come-first-serve. We arrived at 9:30 and got tickets for the 11:00 tour. But since it took a half hour to get everyone through the metal detectors, we only had an hour to wait. We hung out in the gift shop without buying anything, then walked around to look at the front of the building. 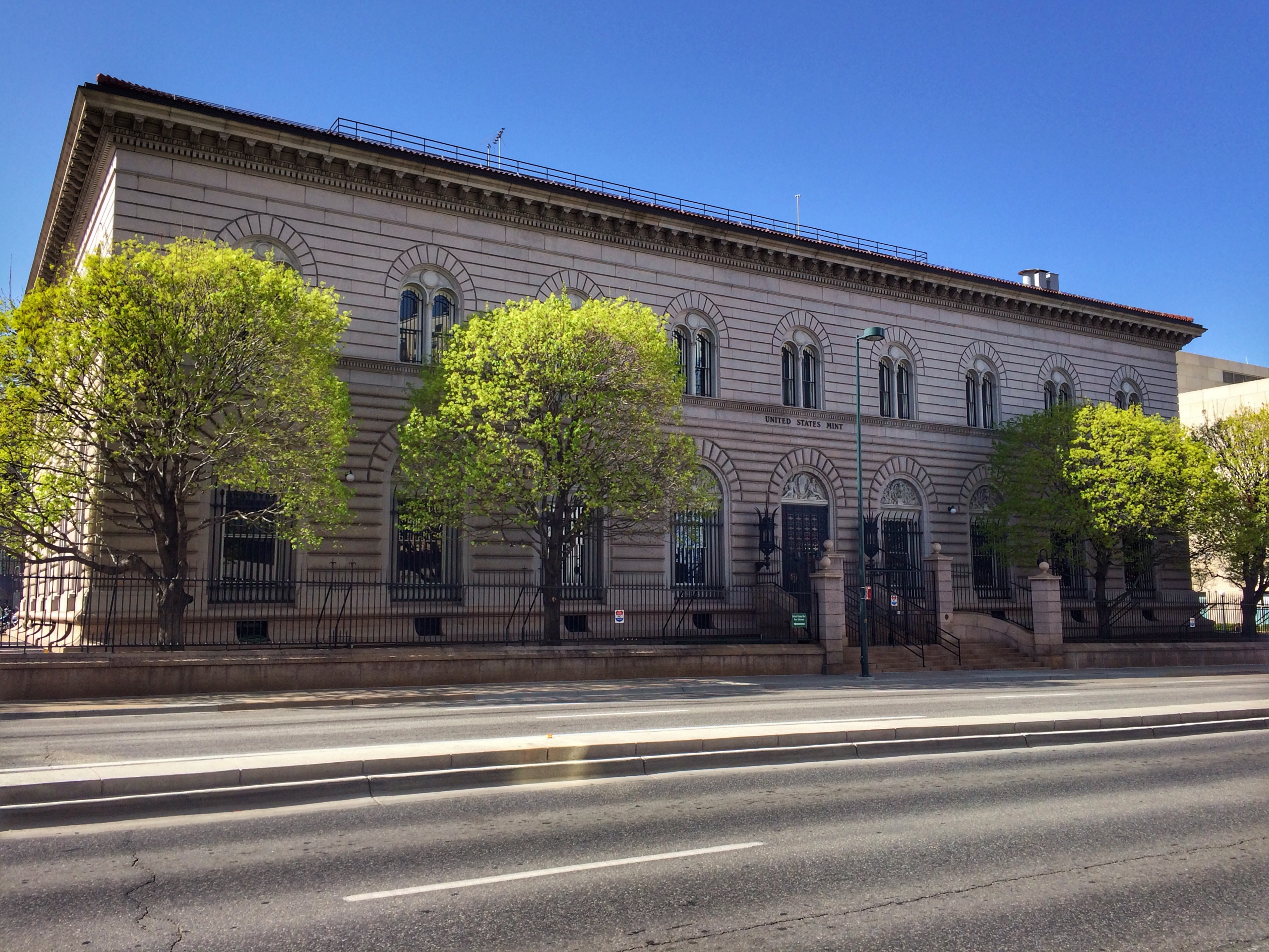 And we wondered what to do about our car. I’d parked in a lot a block away. I knew the tour was only 45 minutes long, so I paid for two hours of parking. But when we discovered which tour we’d be on, we realized we’d get back to the car 20 minutes late. We decided to risk it. (Our car was there when we returned, with no tickets or anything, so I guess we got a free 20 minutes.) 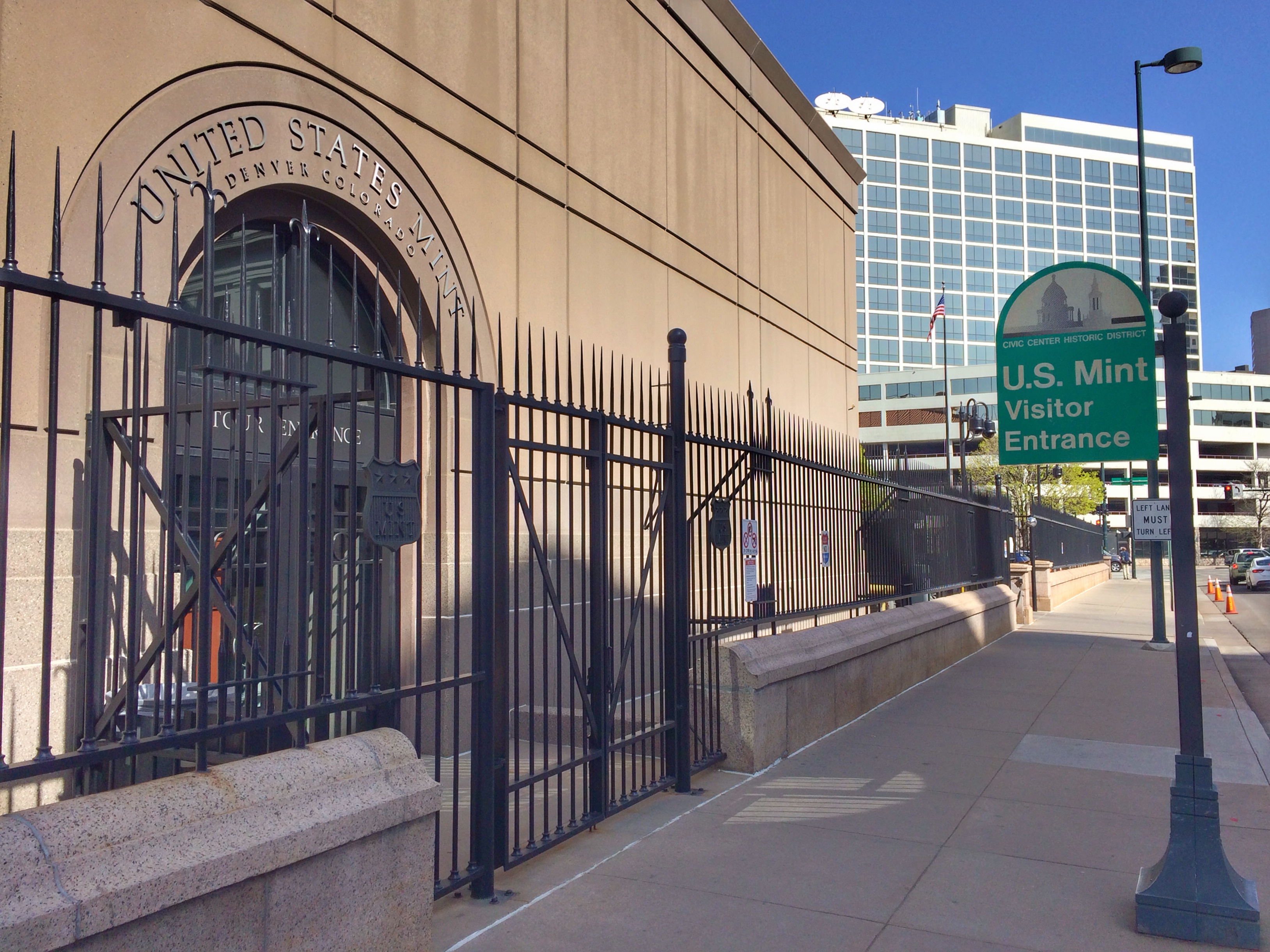 We were the fourth and fifth people through the metal detectors. We entered a room with several random displays where we were asked to wait until our tour began. There were displays on jewelry made from money, on different types of purses, on piggy banks. There was a little on the history of money, but it was all rather odd.

We weren’t allowed to take photos, which is a bit weird since you can go online and see photos of much more than we were shown.

A guy with a polished routine led our tour. He led us into a room with displays and artifacts from the mint. He explained the process and showed us some die and coils of metal and leftover bits. One wall was glass and looked out over one of the production rooms. There were several blue machines that, we were told, were used to mint coins. None of them was operating, and there were no people around. Right up next to the window there was a conveyor belt of trays that contained pennies, but I’m pretty sure they just run that for the tour groups so everyone can say they saw pennies being made.

They guide explained that the mint loses money making pennies and nickels but makes money on other coins and commemoratives— enough so that they make a profit of $35 million, or something like that.

We were then ushered into another room that was basically a commercial for the mint. The displays—and the talk—was about all the things that were available in the print shop. This room had two glass walls that gave us a view down into another room of blue machines that weren’t operating. We saw two employees, but they were just talking to each other. It was all a little dull.

In a corner there was a display about a mint employee from the 1920’s. He had a wooden leg, and over the course of several years, he sneaked out a couple hundred gold bars in his … coat pocket.

The tour ended in the original mint building. The architecture was impressive and ornate. We saw an armored sentry box where a guard used to sit with guns and tear gas. But there’s never been an attempted robbery there, or at any of the other mints.

And that was it. Interesting, but not thrilling. I’m glad it was free. 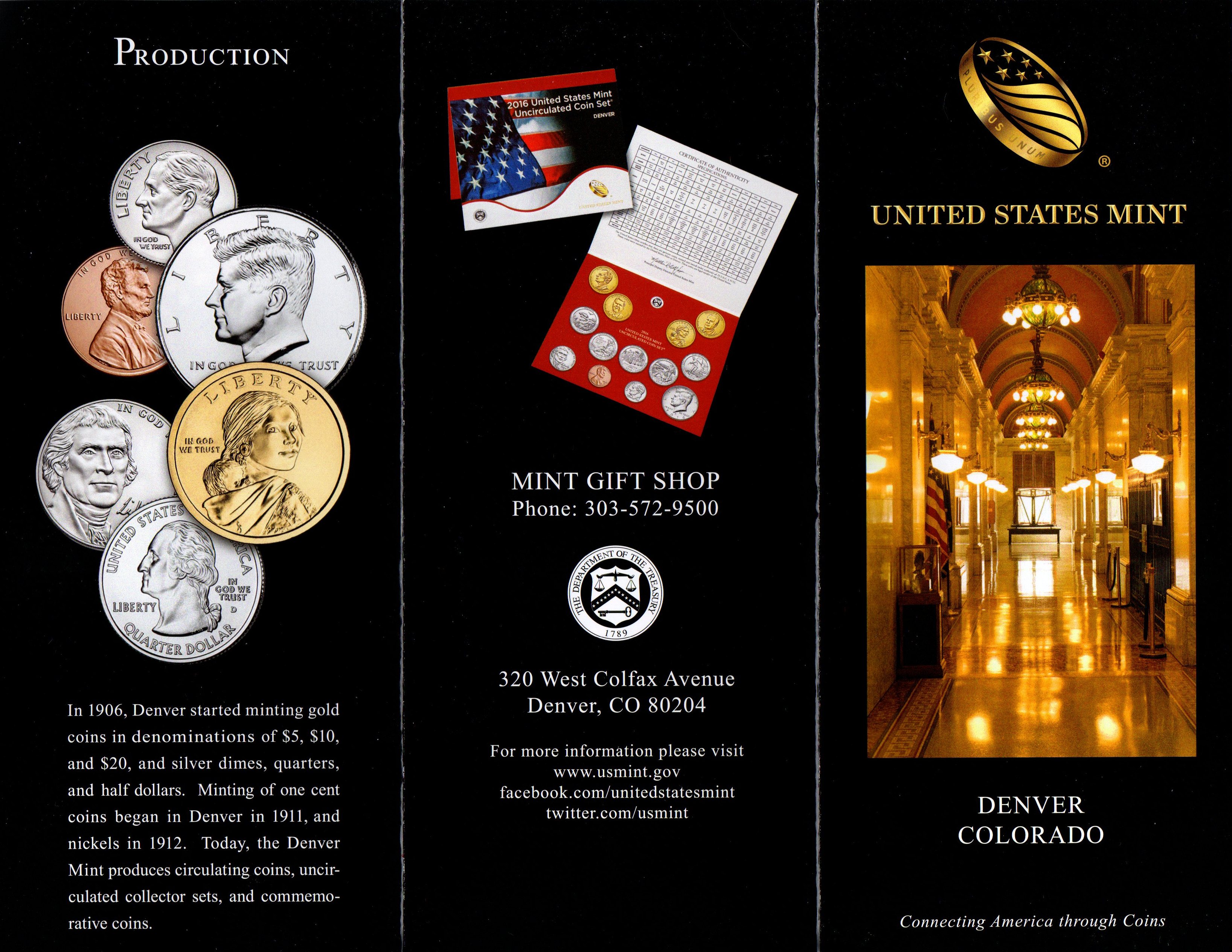 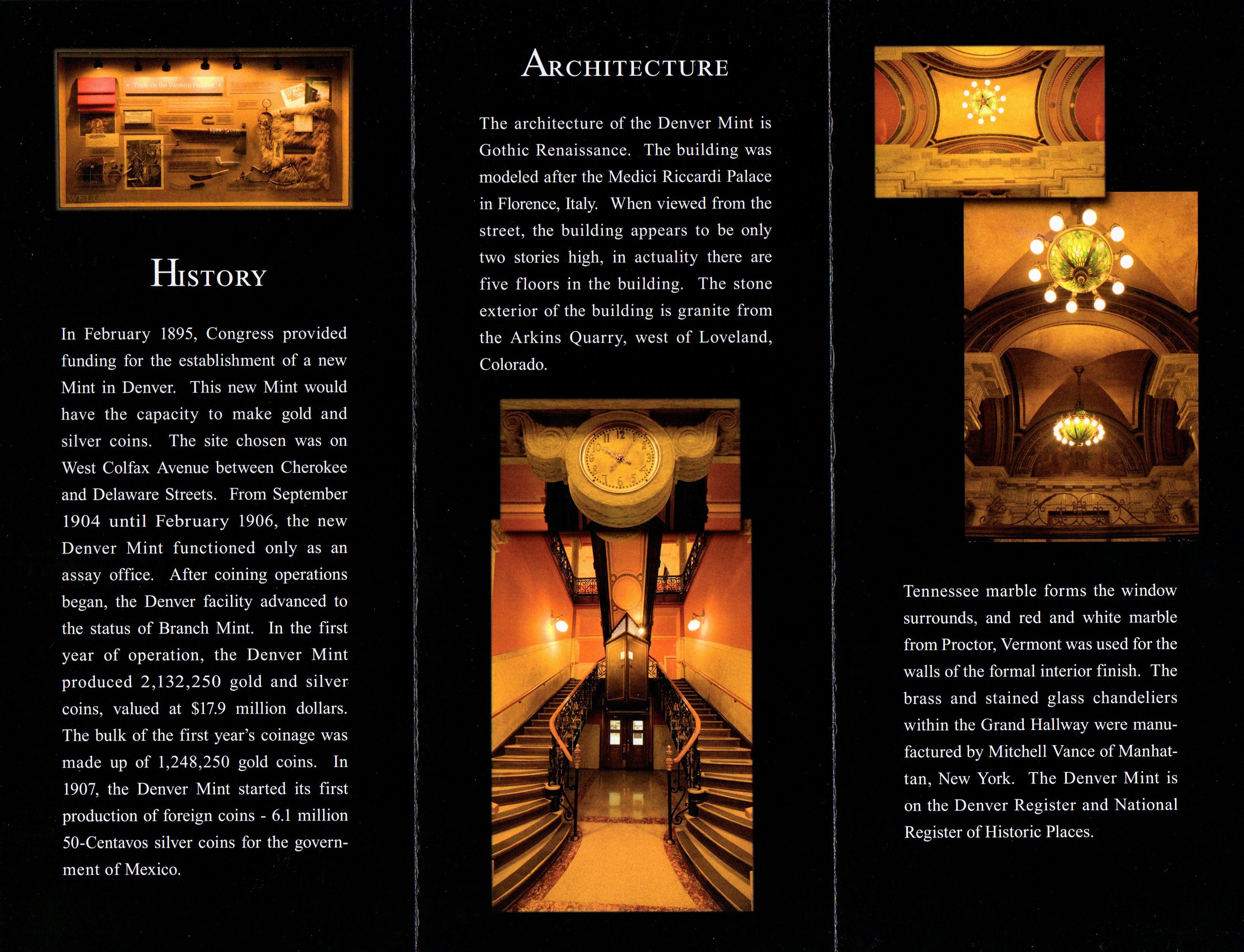 This entry was posted in Historic Buildings, Tours. Bookmark the permalink.