I didn’t stay long at McDonald’s — perhaps 15 minutes. I noticed that while I was sitting there, I wasn’t getting any closer to my goal, and I had decided to press on. I stopped at a nearby Jewel and bought a bottle of water and a package of cookies. I picked up the trail again and headed north.

The north side of McHenry is growing quickly. I thought this photo captured the nature of the area well. A dirt farm field, then a housing development, then a silo. That silo belongs to a farm that has gotten smaller and smaller. It is now sandwiched between a big box store and the houses. There’s probably two acres of farm left, with a muddy pasture with three cows — smack in the middle of suburbia. 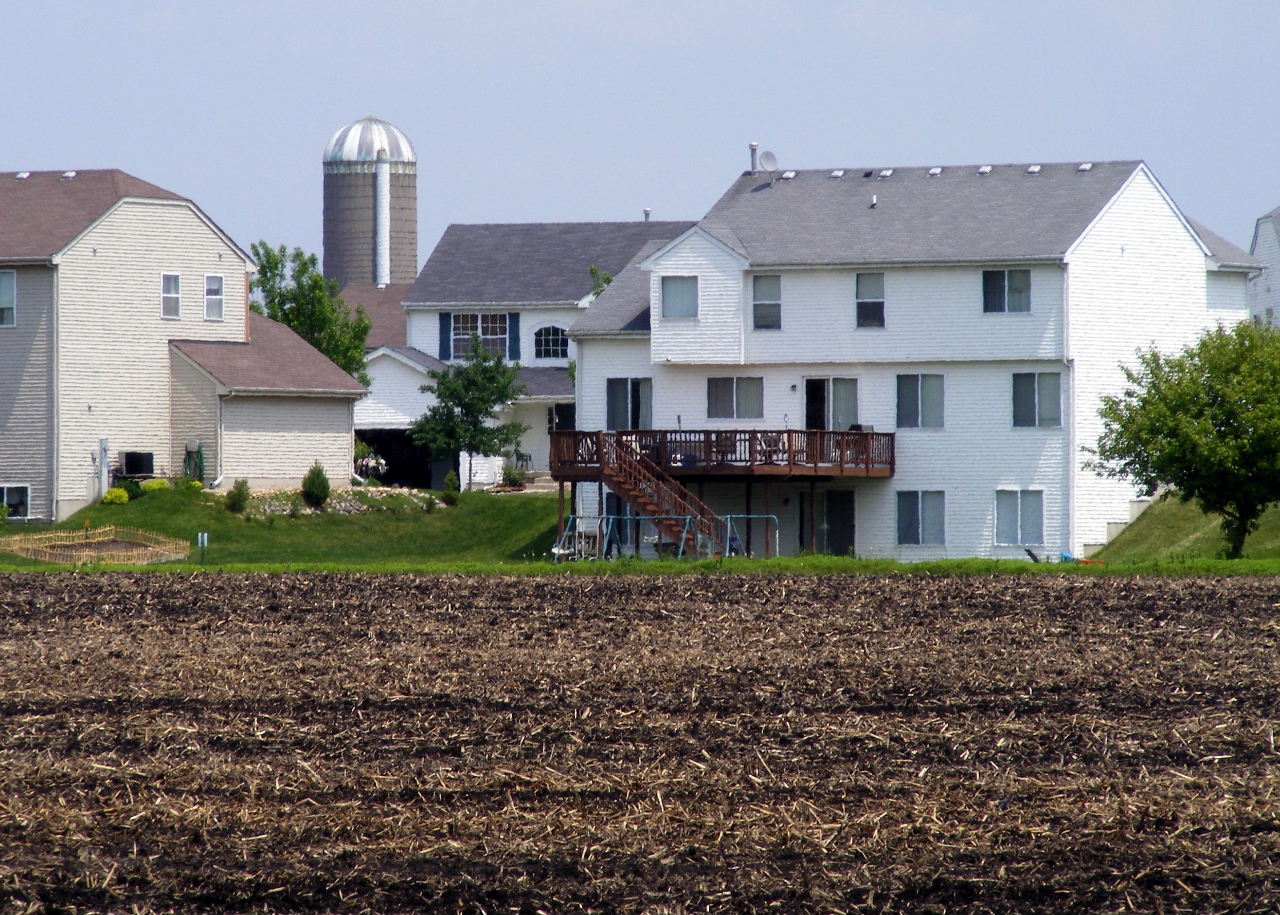 The path took me past McCullom Lake, where I’ve been birding many times. Although it’s surrounded by residential area, it is often filled with ducks, grebes, and loons in the spring.

I was near McCullom Lake when two older folks, probably in their late 60’s or early 70’s, biked by in the other direction. They both wore bright blue T-shirts that said “Safety Watch” on the front and back. I know I felt much safer. 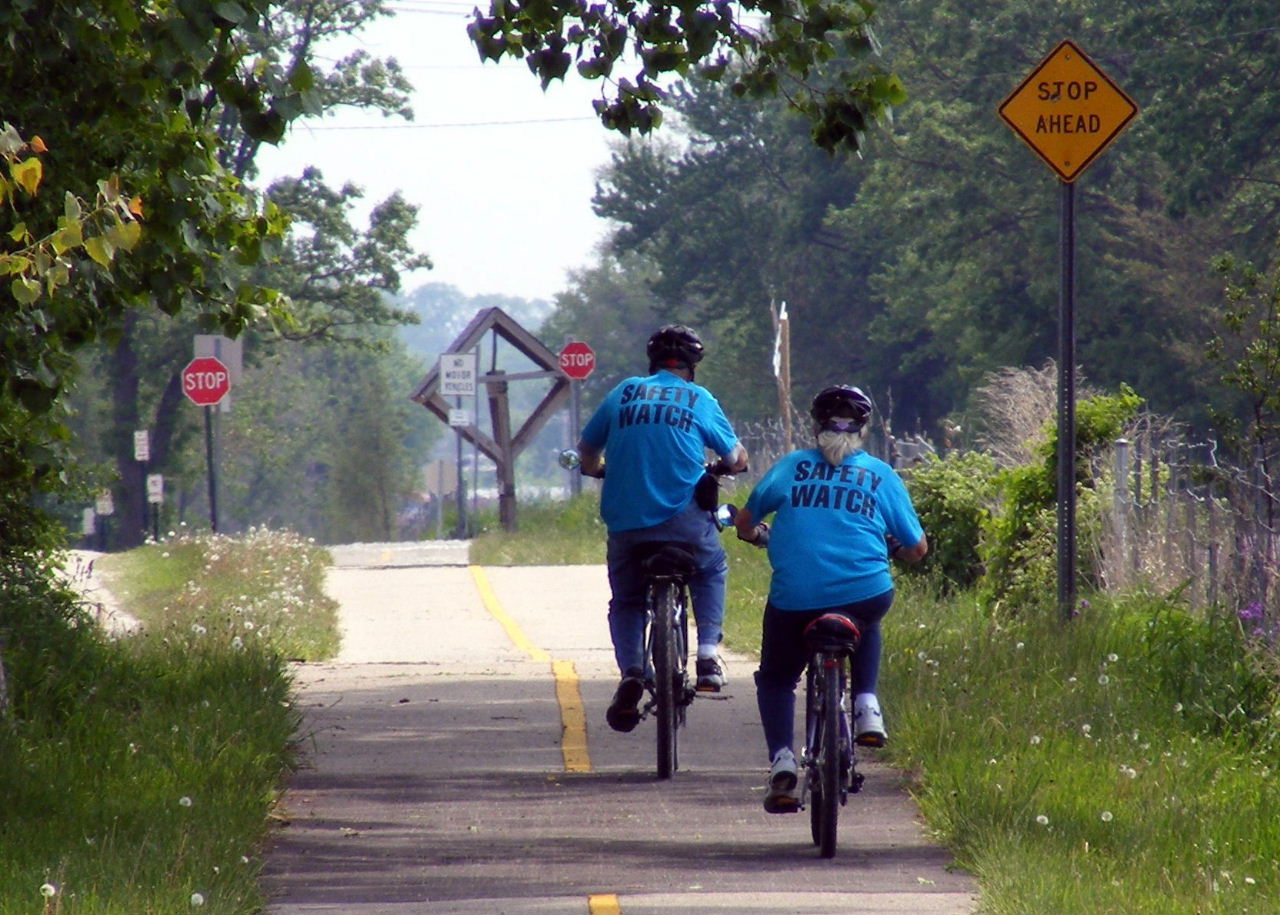 I was now out in the country again. The sun was out, and I was hot and still sore. Lunch hadn’t really rejuvenated me to any noticeable degree. The path stretched ruler straight up this long, long hill. 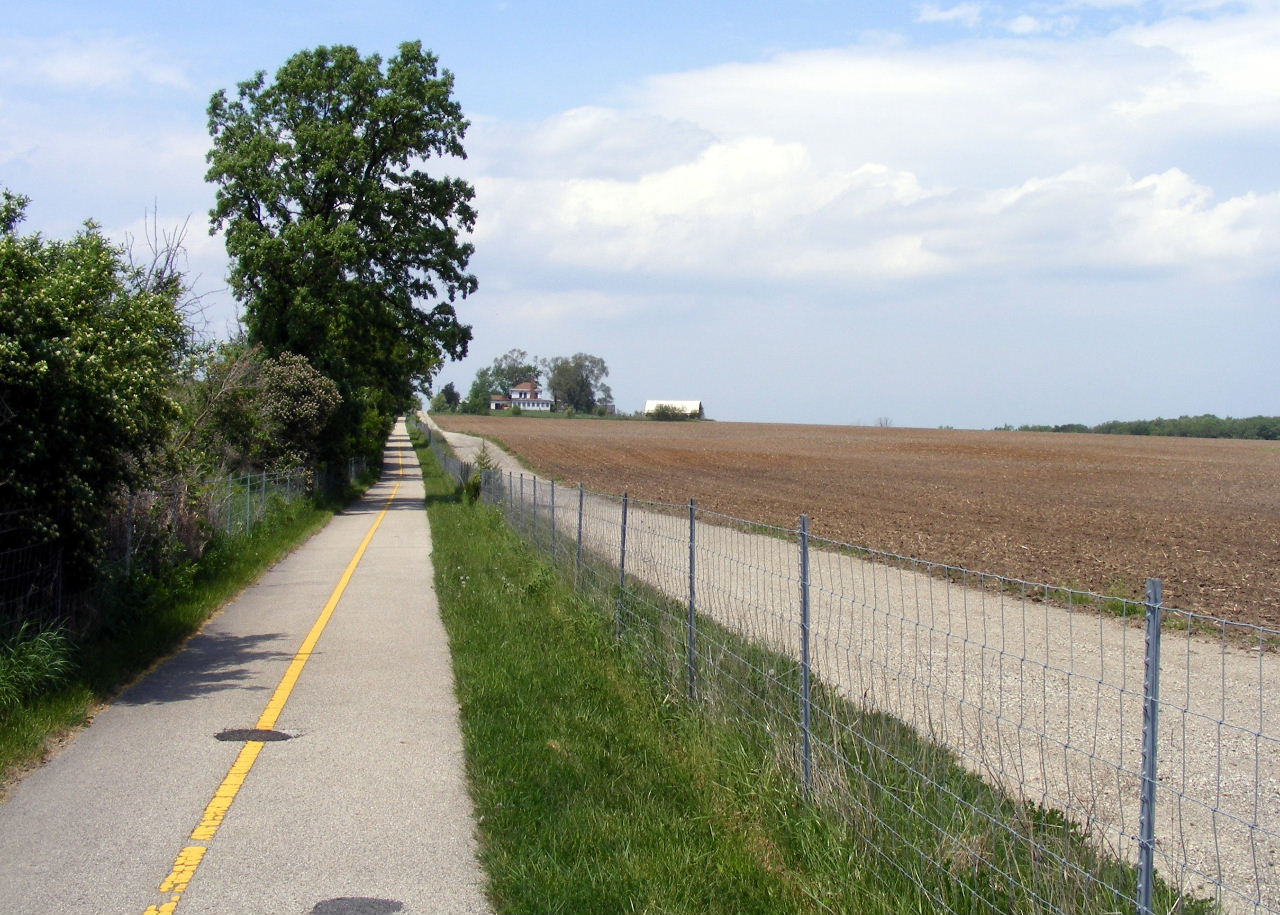 To my total surprise, when I got to the top of the hill, I got a second wind. My feet still hurt, but my hip decided it might as well get with the program and stop hurting. After another two miles through scenery that looked just like that in the shot above (just downhill) and I arrived at Well #8 Buffalo Box (whatever that means?). 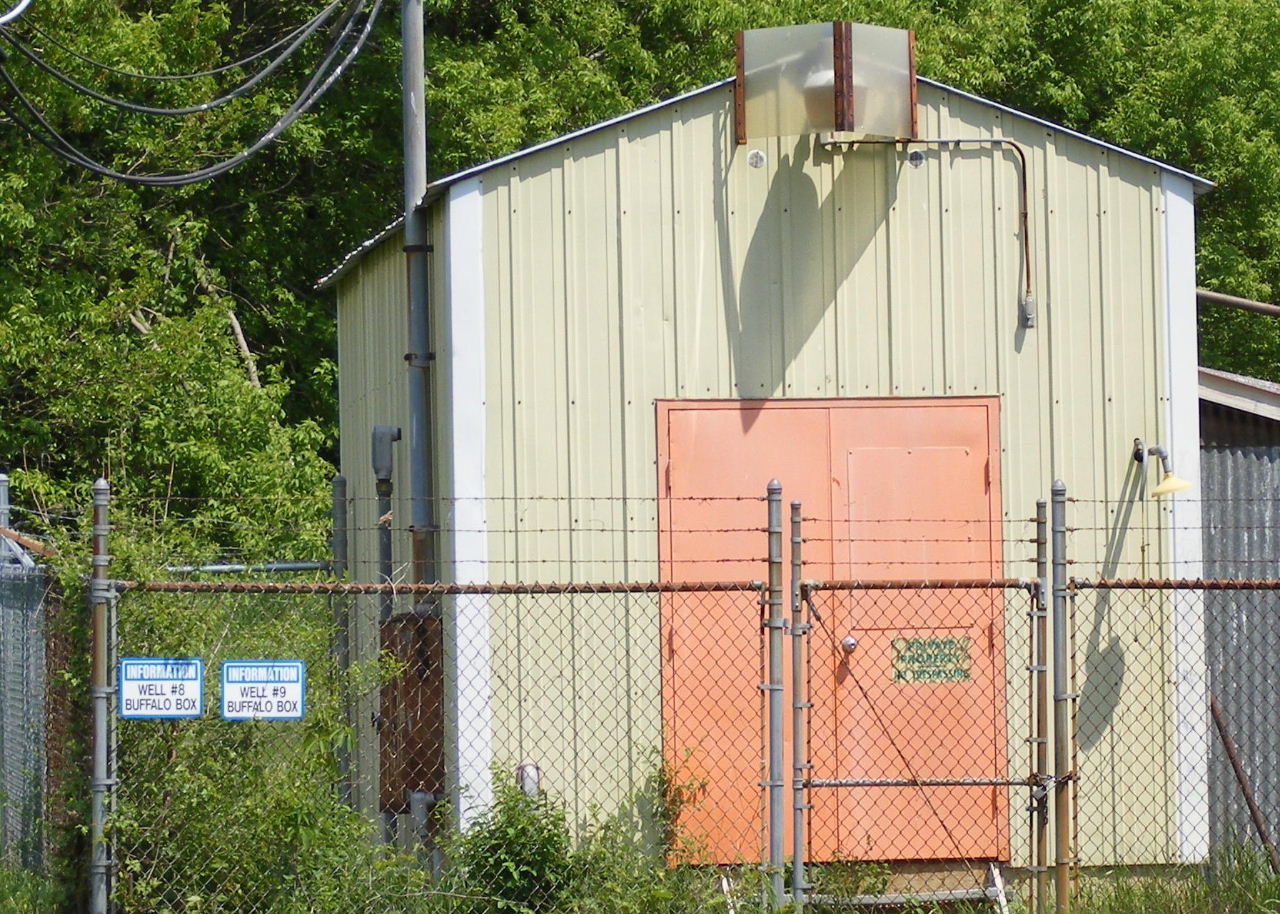 When I got to Ringwood, I knew I’d make it the whole way. To celebrate, I pulled out the cookies I purchased in McHenry and compared the actual product with the picture on the package. (I also ate one of them.) 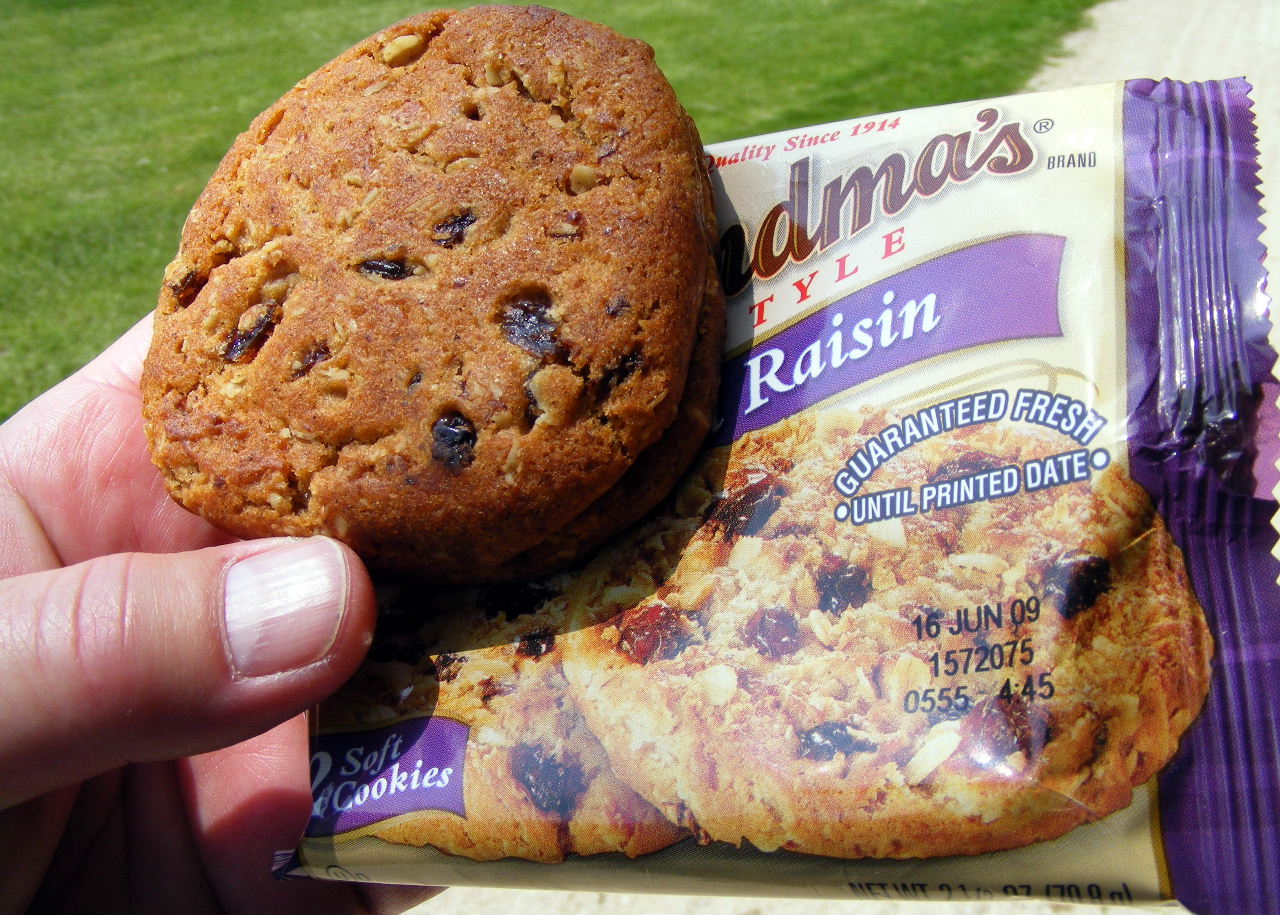 The thrilling town of Ringwood hasn’t painted its name on its water tower. I did manage to find the town name in front of the tower. 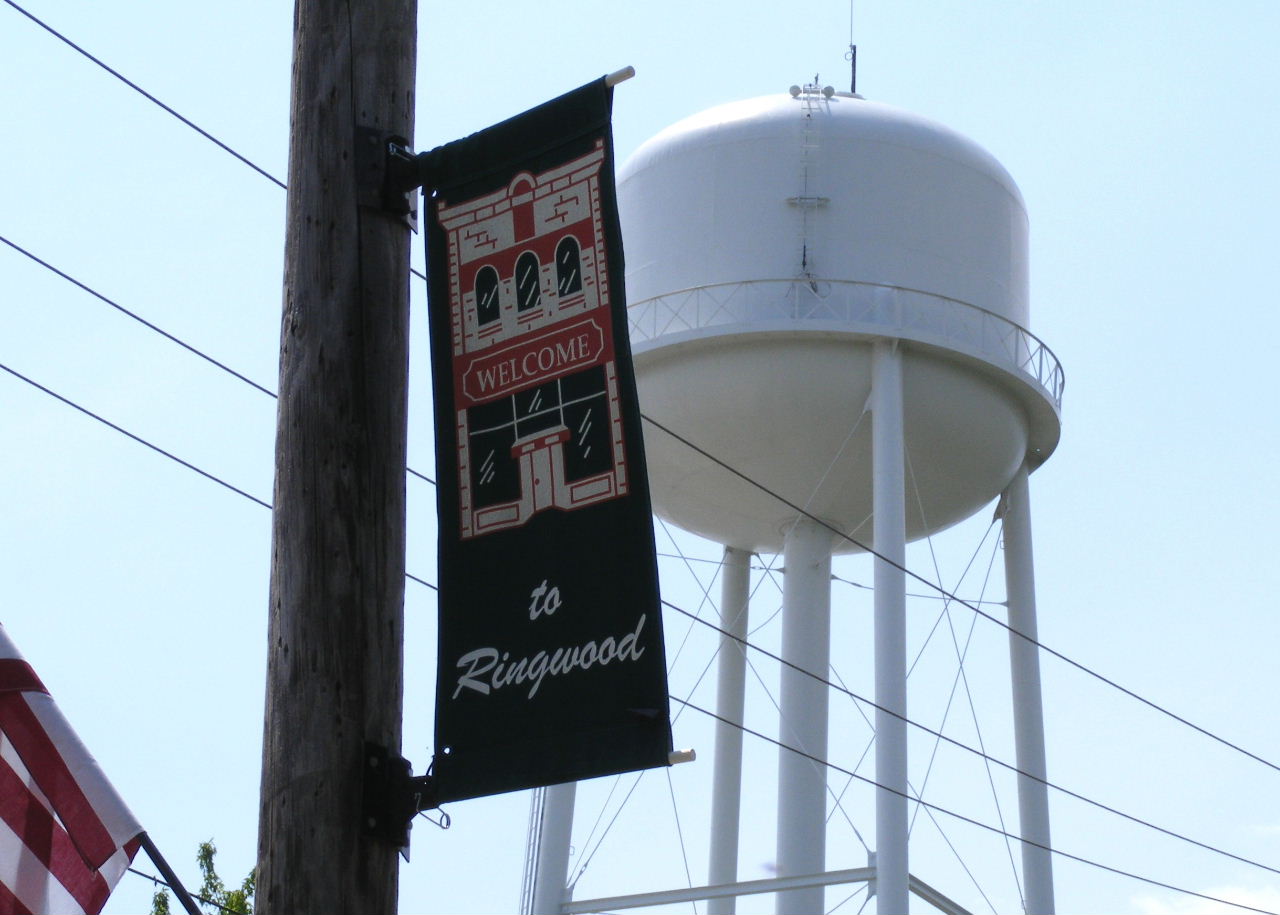 I decided this wasn’t good enough and that I was the one to do something about it. I borrowed a Sharpie, climbed the tower and made things right. (Unfortunately, I made a slight spelling error and Sharpies have indelible ink.) 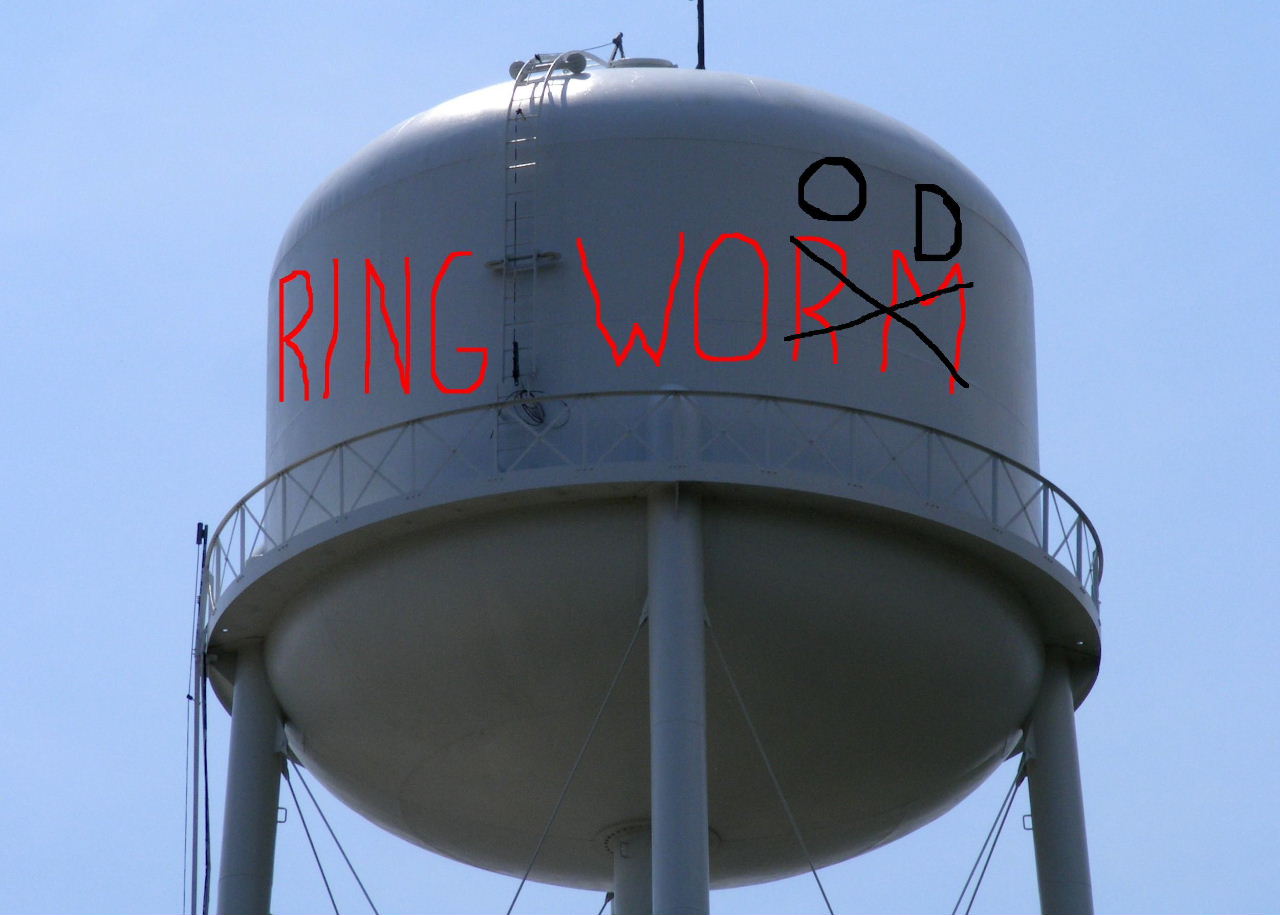 North of Ringwood, the path surface changed from blacktop to crushed gravel. 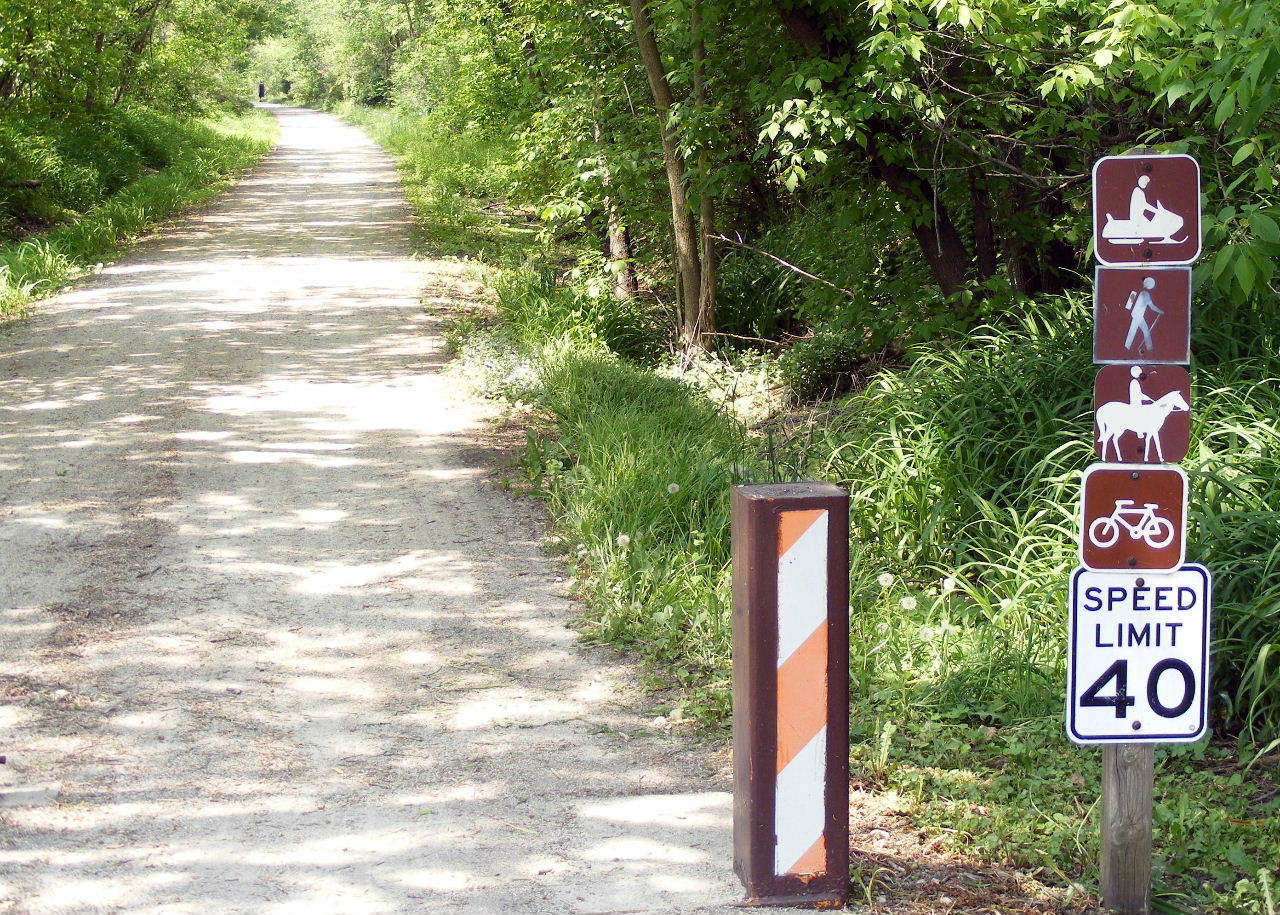 For some strange reason, the powers that be decided to start the mile numbering all over again. The kid in the black shirt, also visible in the above photo, was behaving oddly. He didn’t look at all the sort to be walking a hiking trail, and he kept looking back over his shoulder at me. He was in no hurry, and I kept getting closer and closer. The path along this stretch runs through woods, and there was nobody else around.

Just before I caught up with him, he stopped alongside the trail and pretended like he was tying his shoes. He didn’t so much as glance at me as I walked by. A few moments after I went by, he started walking behind me. This made me rather nervous, but he didn’t walk any faster that he’d been doing all along, and I soon lost sight of him. 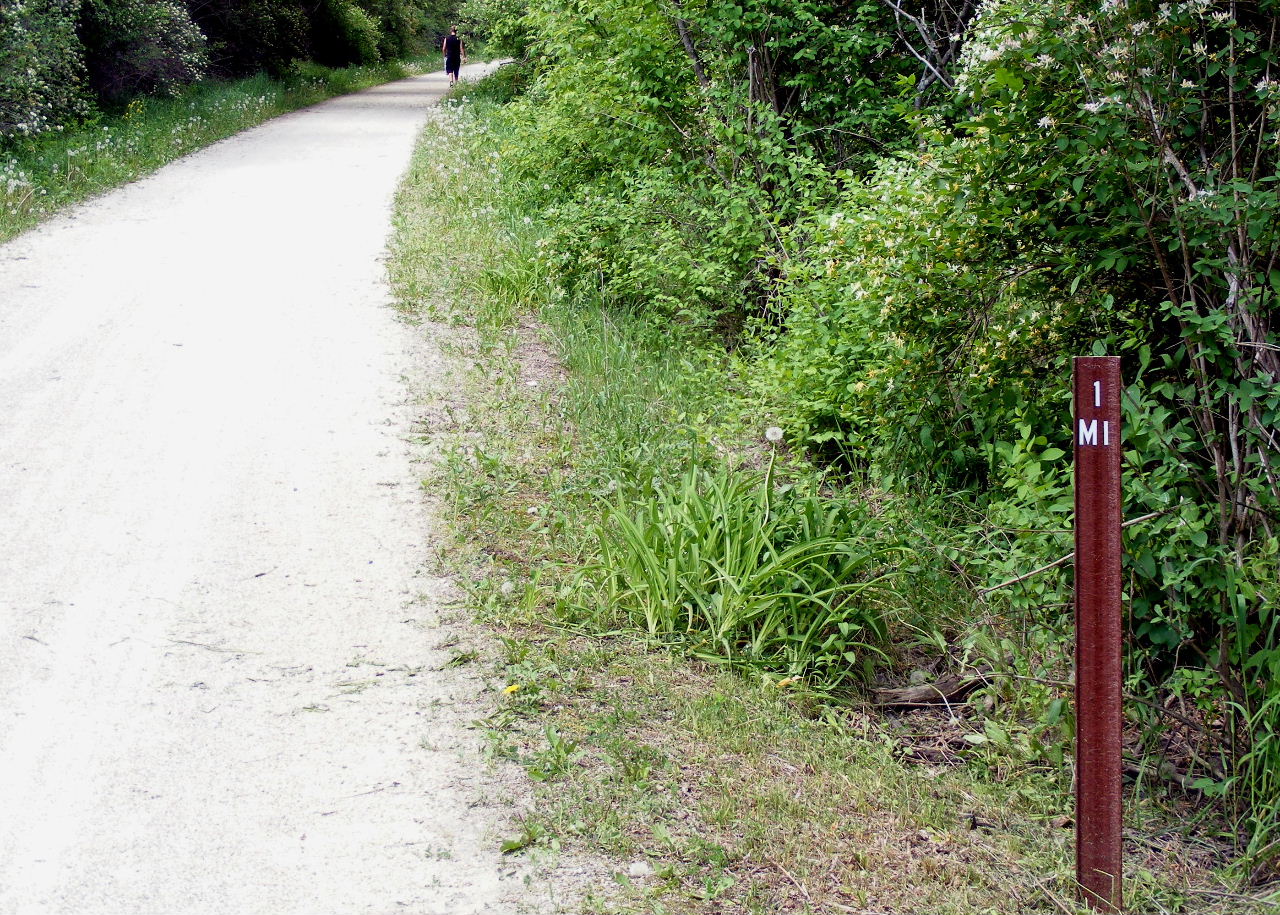 The path ran through Glacial Park, a huge McHenry County forest preserve. I’ve birded there many, many times, but I don’t get there as often as I’d like to because it’s so far from home. And now I’d walked there. The sky was clouding over quickly, and I felt a few raindrops as I crossed the prairie. 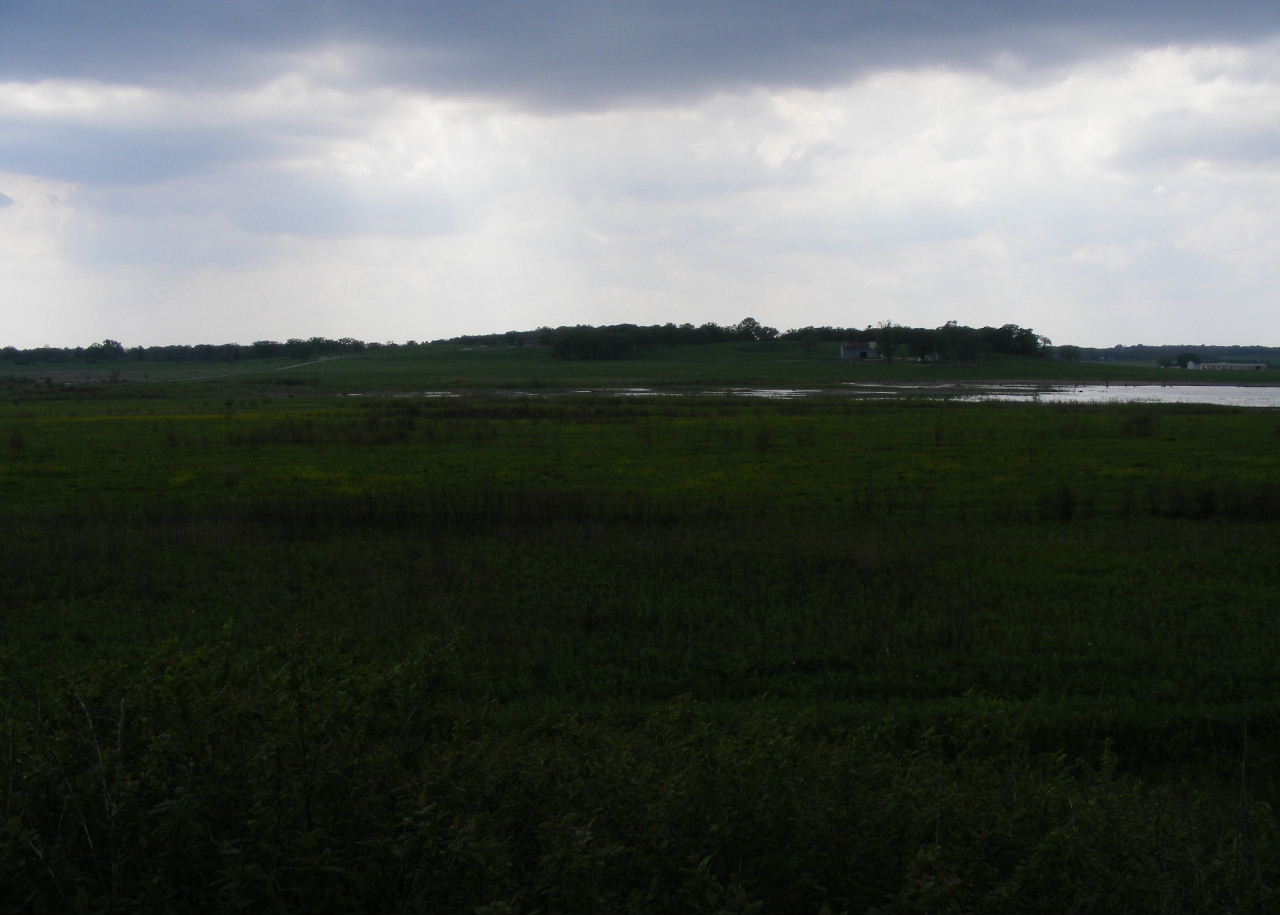 It was raining hard when I crossed the bridge over Nippersink Creek, but under the trees, the mosquitoes were out in force. What remained of my second wind was gone by this time. 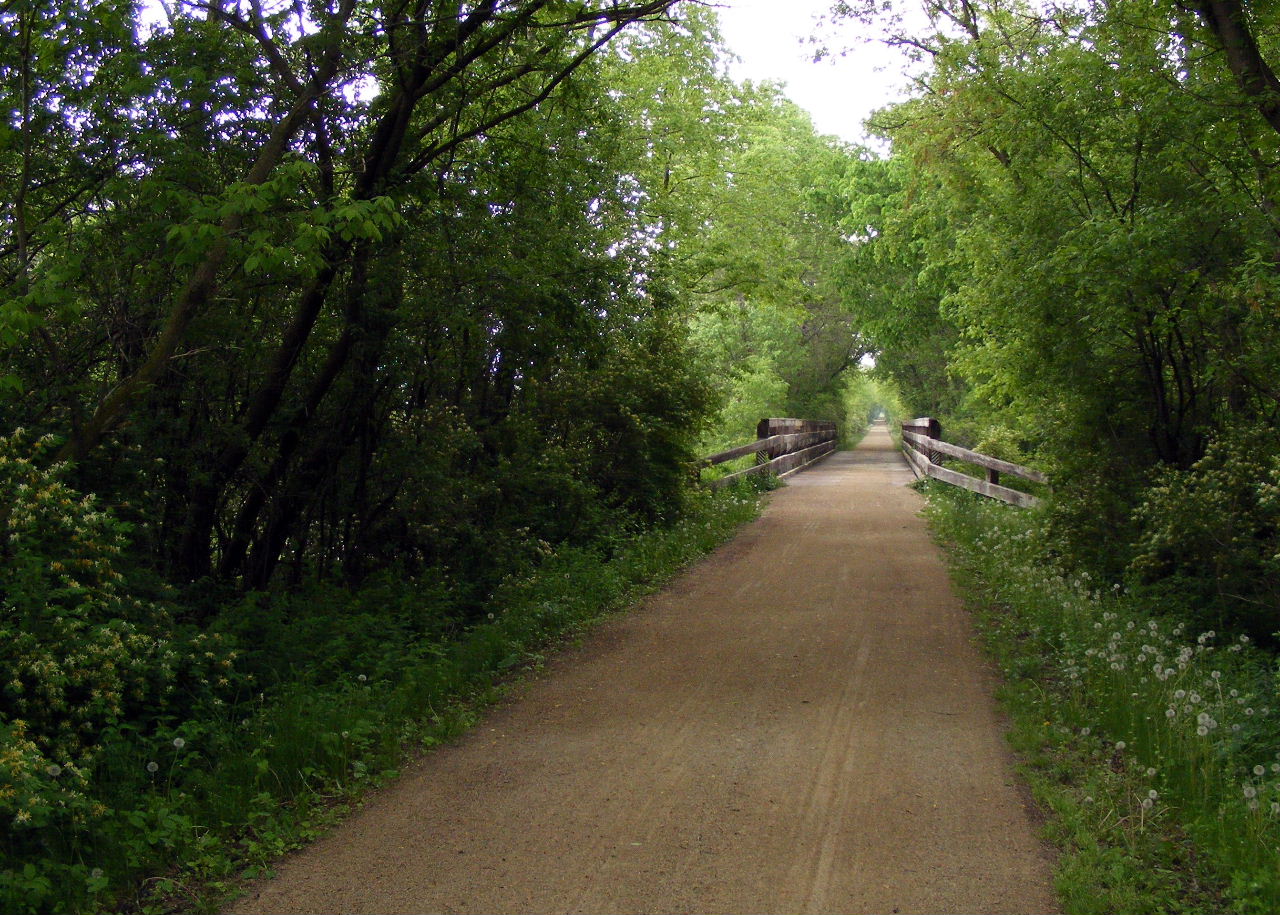 Here’s the creek as seen from the bridge. 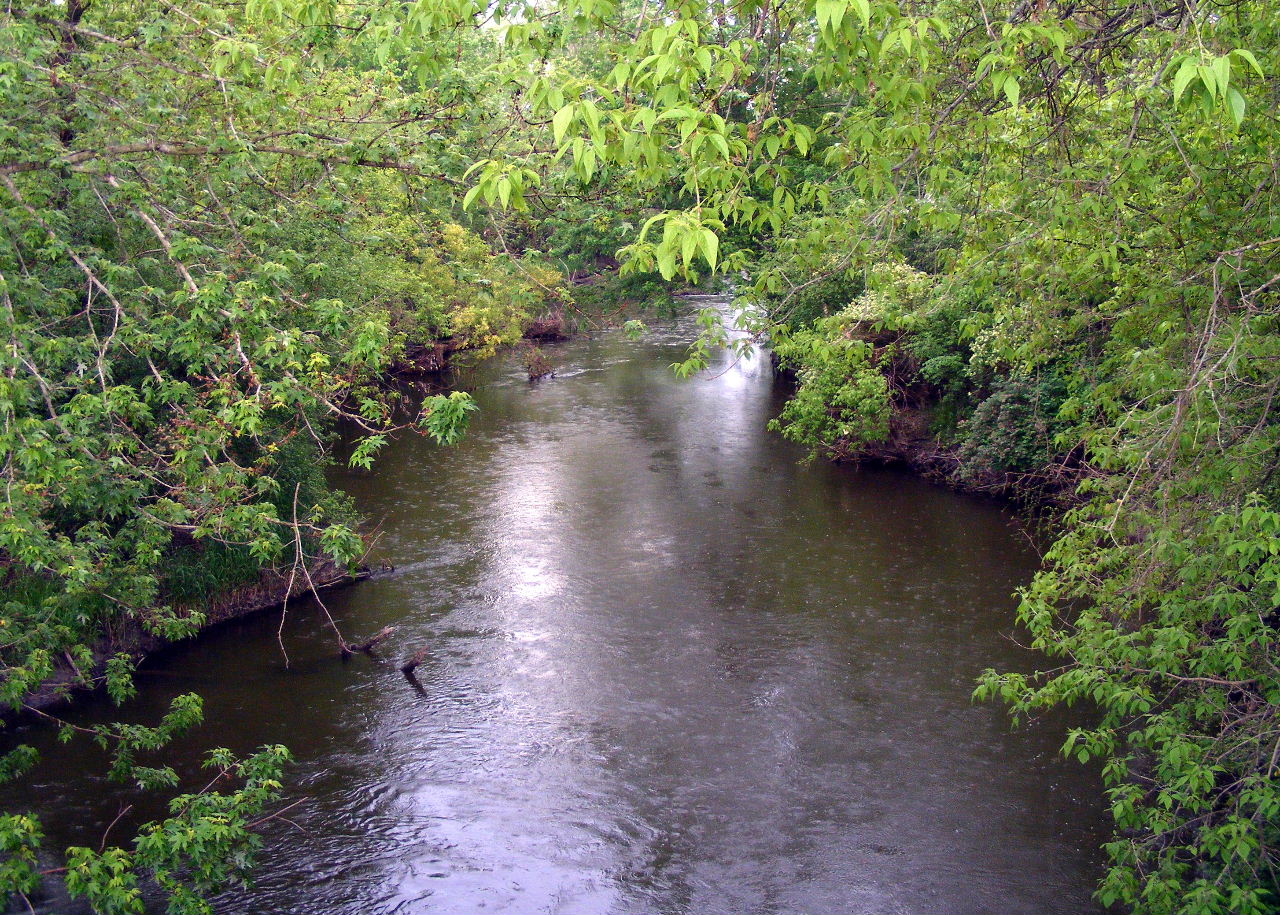 The longest I’d ever walked in a single day was 21.1 miles — around Lake Geneva. It was somewhere in Glacial Park that I passed that mark. Tune in tomorrow for the final chapter of my saga.