When yesterday’s post ended, I was a little north of Crystal Lake. For the next three or four miles, the trail runs alongside a huge sod farm. Although this pan makes the trail look curved, it runs as straight as an arrow for this entire stretch.

Obviously, one of their employees didn’t get the word about “green side up.” 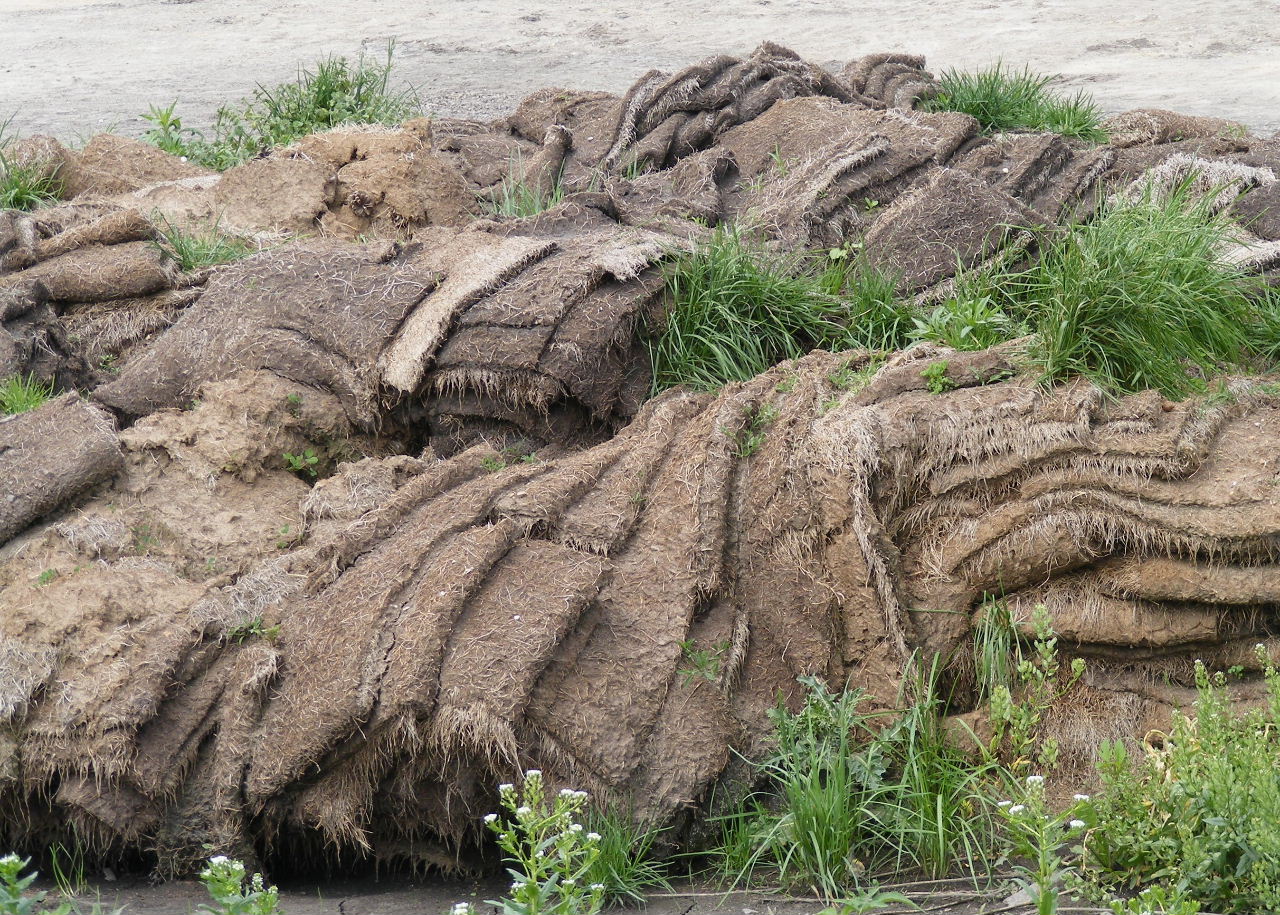 Every half mile, a marker was embedded in the trail to remind me how little progress I was making. 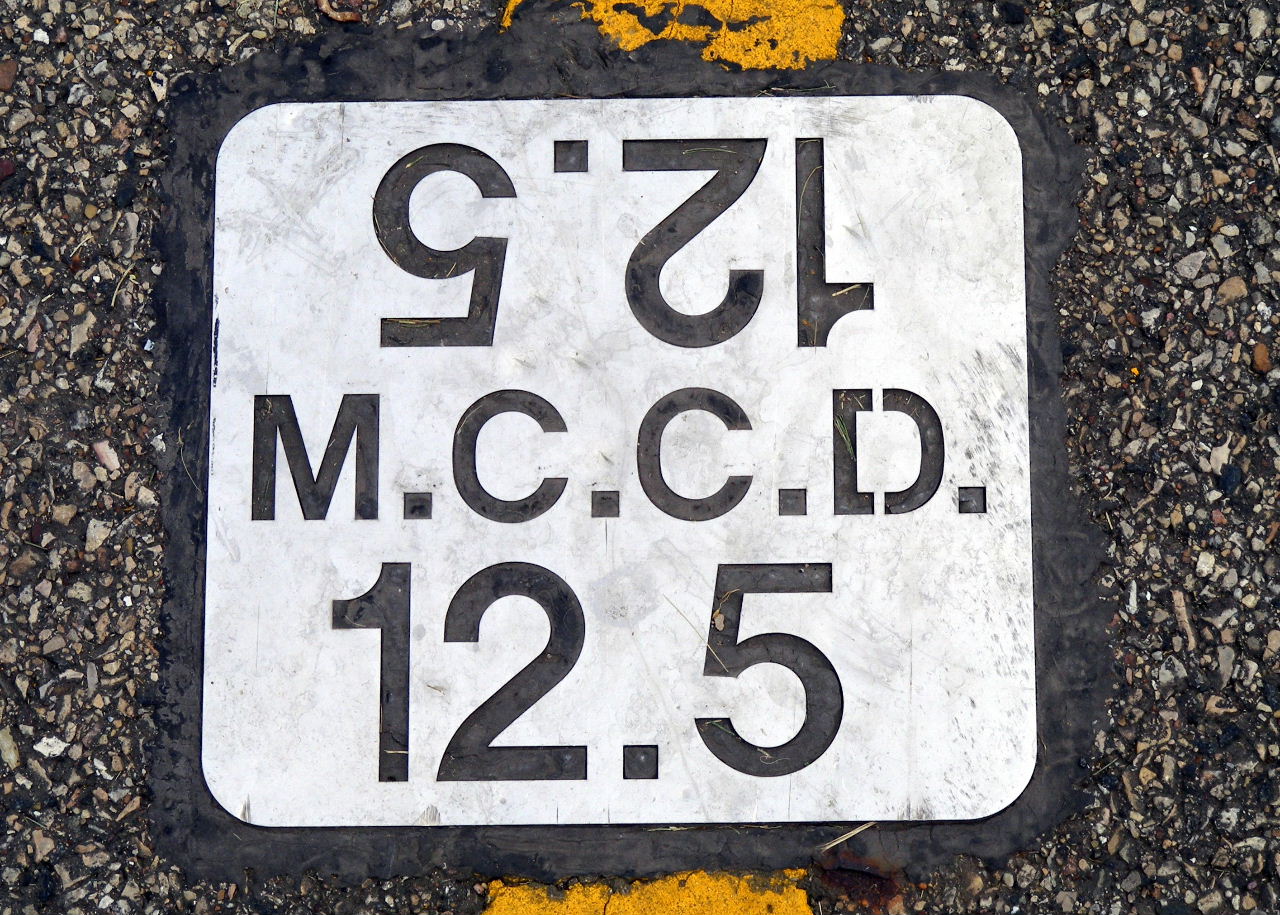 As I entered McHenry, the trail ran alongside backyards and vegetable gardens. 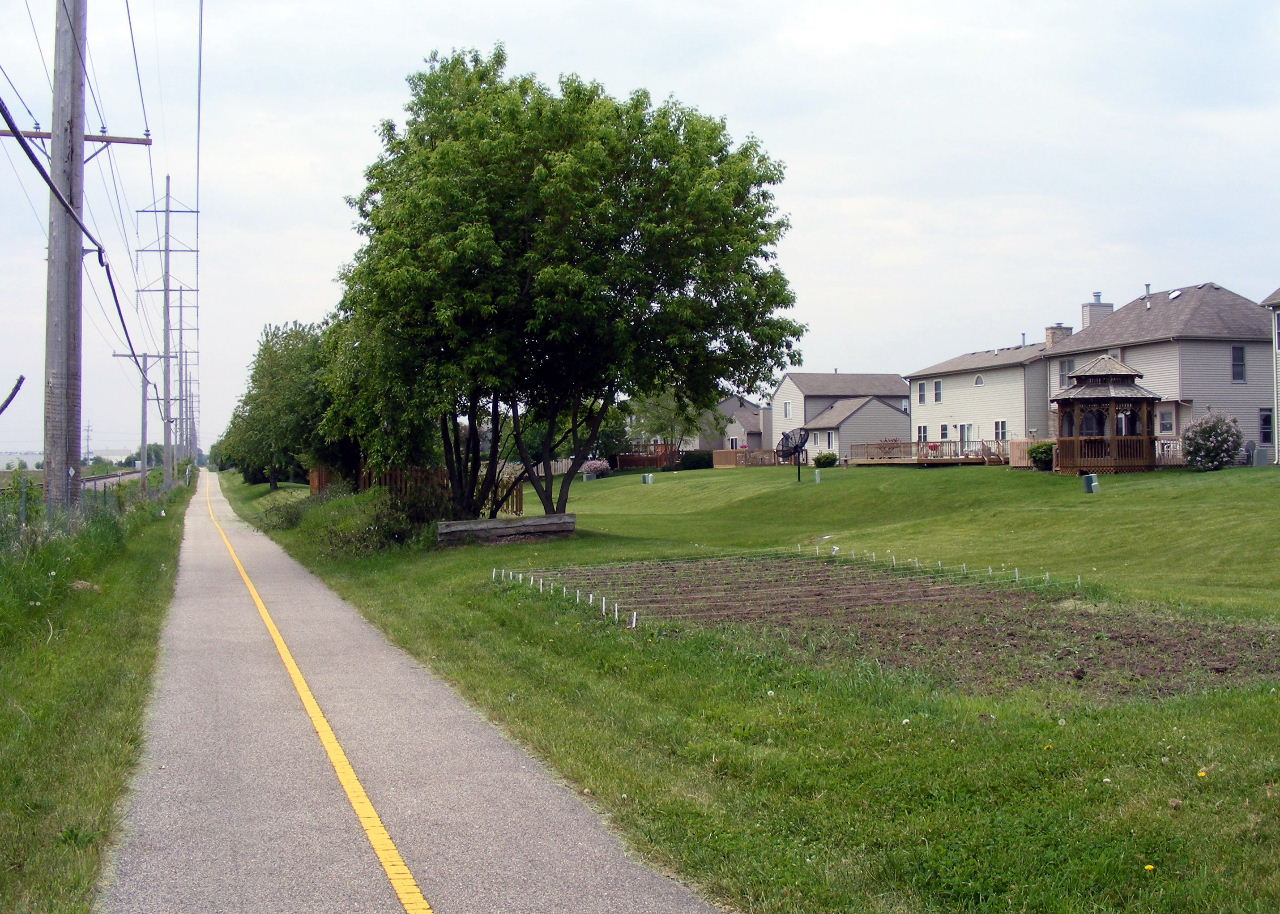 In a small marshy area in the middle of McHenry, I spotted this deer. It was only 15 feet or so off the path, but almost hidden in the reeds. We stared at each other for a couple minutes, and then she decided to take off. 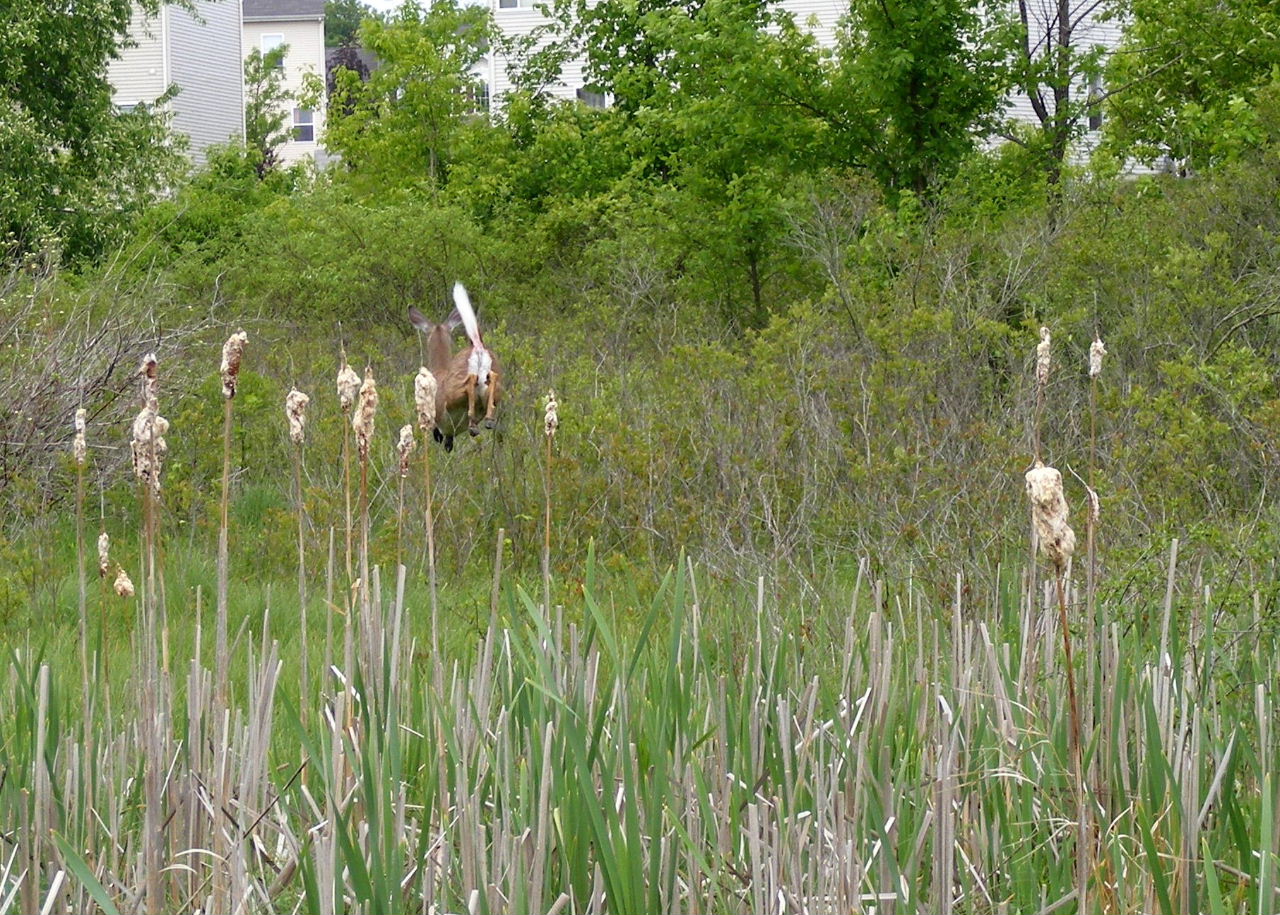 When I took the water tower photo, I was pretty close to halfway done with my walk. 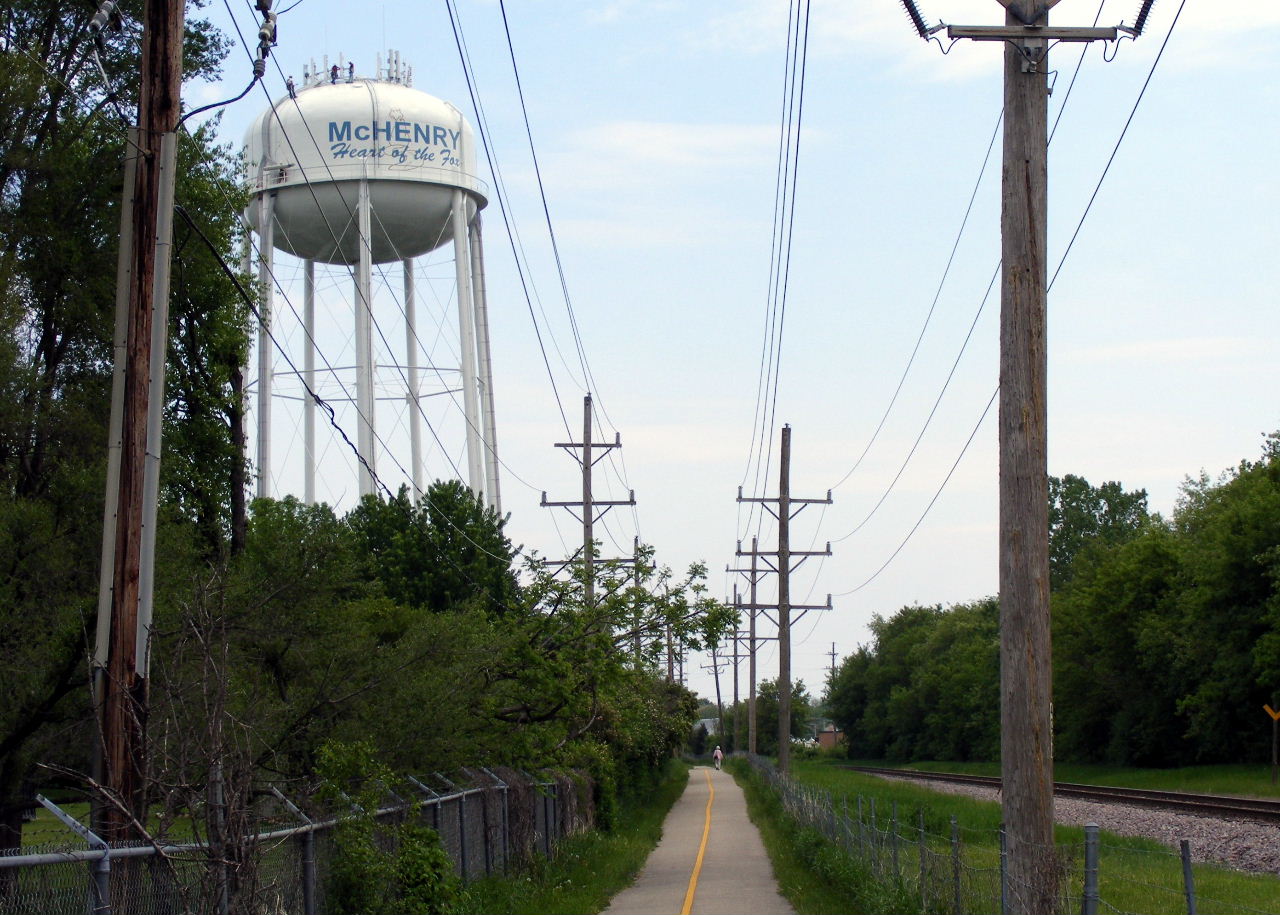 Here’s a closeup of the top of the water tower. As I walked by, one of the guys was shouting like he was pretending he was falling off. 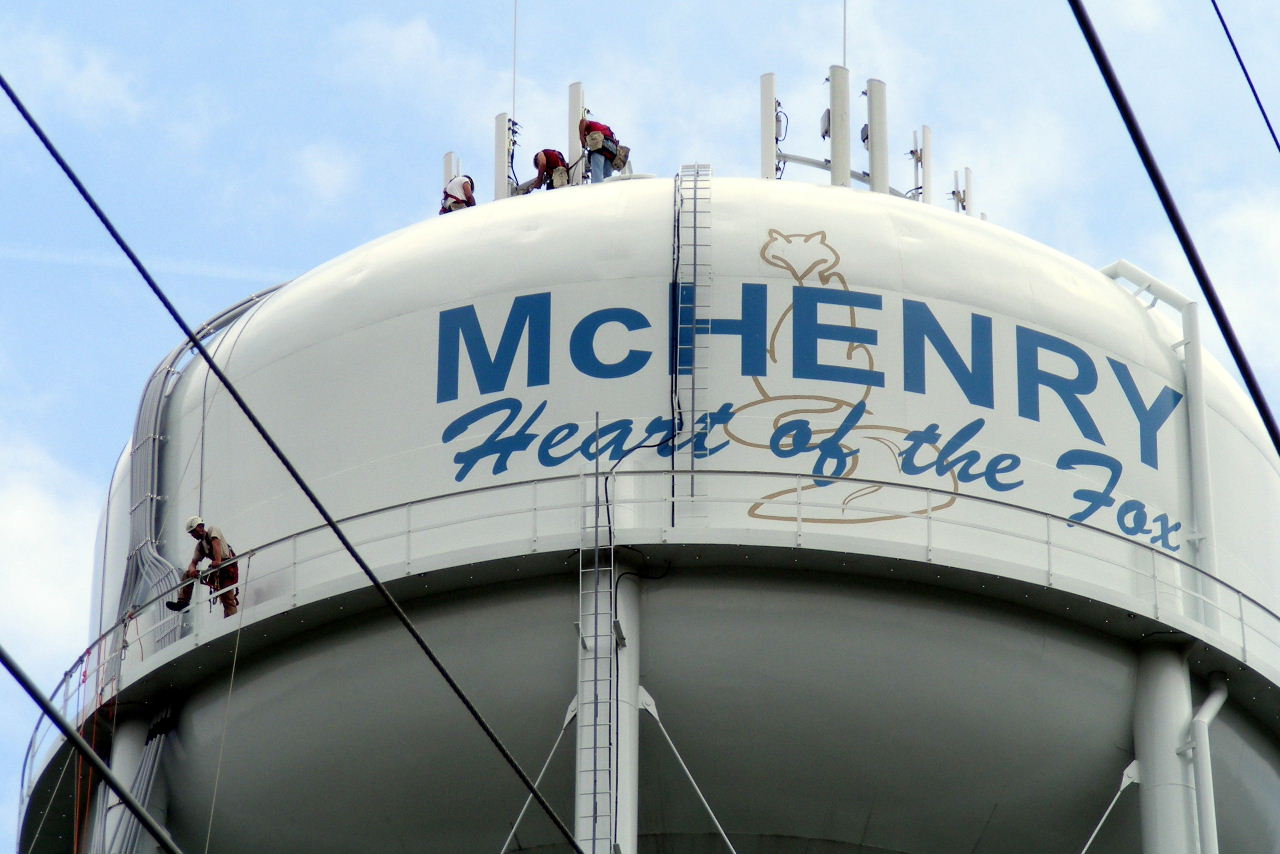 I walked past the Metra coach storage area. Shortly after I took this shot, I passed the woman in the pink shirt up ahead. She jumped when I went by and said, “I didn’t know anybody could be quiet enough to sneak up on me.” 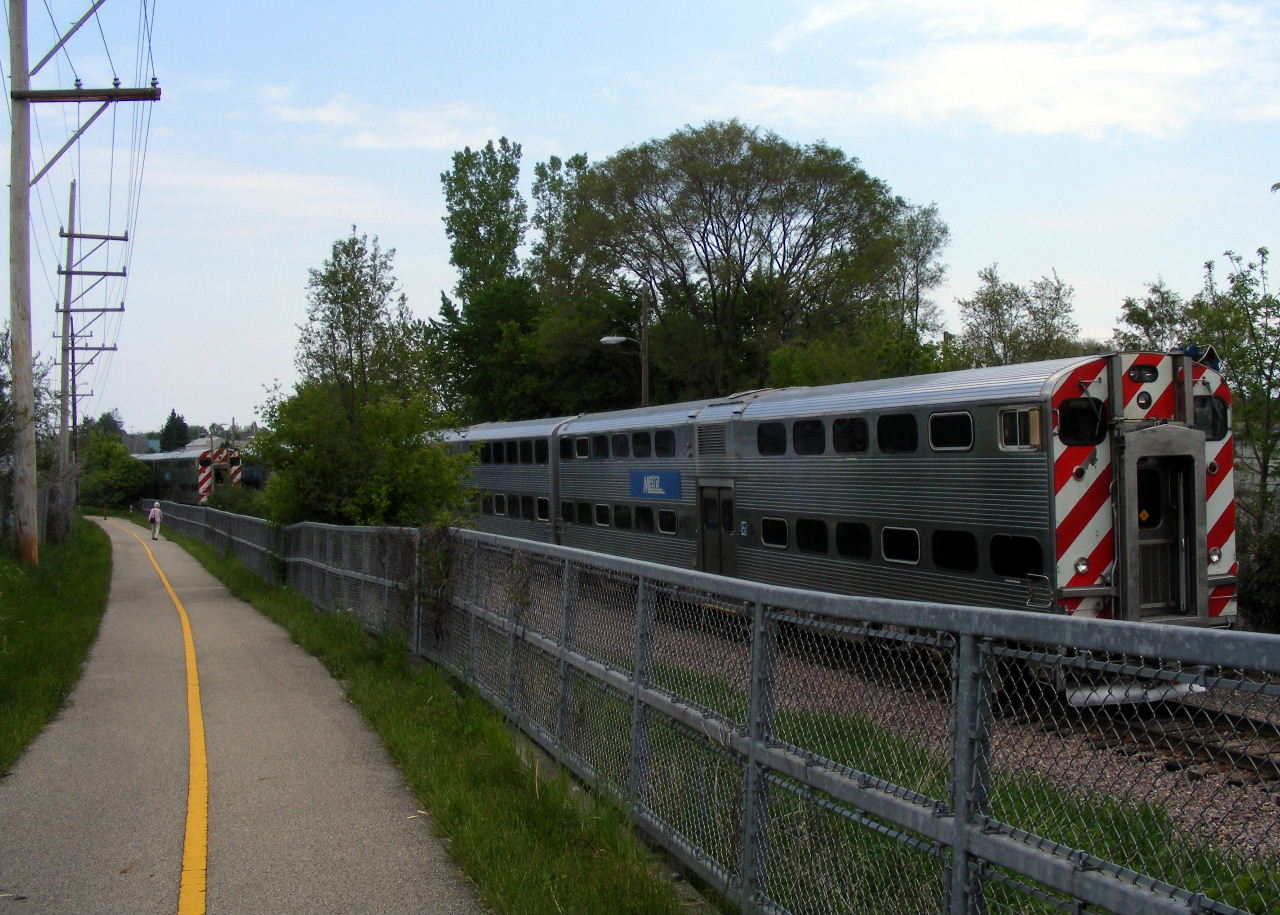 It was now 12:10. I’d walked for four hours without a break and I’d gone about 15.5 miles. And I was tired. All of the walking I’d done so far was on a blacktop surface. My feet hurt and my right hip was killing me. I seriously considered calling my wife and asking her to come pick me up. After all, it wasn’t like I’d trained for this.

Then I thought about how far I’d come and the rather uninteresting terrain I’d passed. I knew I’d very likely never want to make the effort again. I decided to find somewhere to eat lunch before I made up my mind.

When I came to Route 120 in McHenry, I stood and looked over my options. To the right, there was an I-Hop, a Tommy’s Red Hots and a Taco Bell. To the left, there was Burrito City, Pizza Hut, McDonald’s and Burger King. I opted for McDonald’s. Say what you will  … it’s better walking food than a burrito. 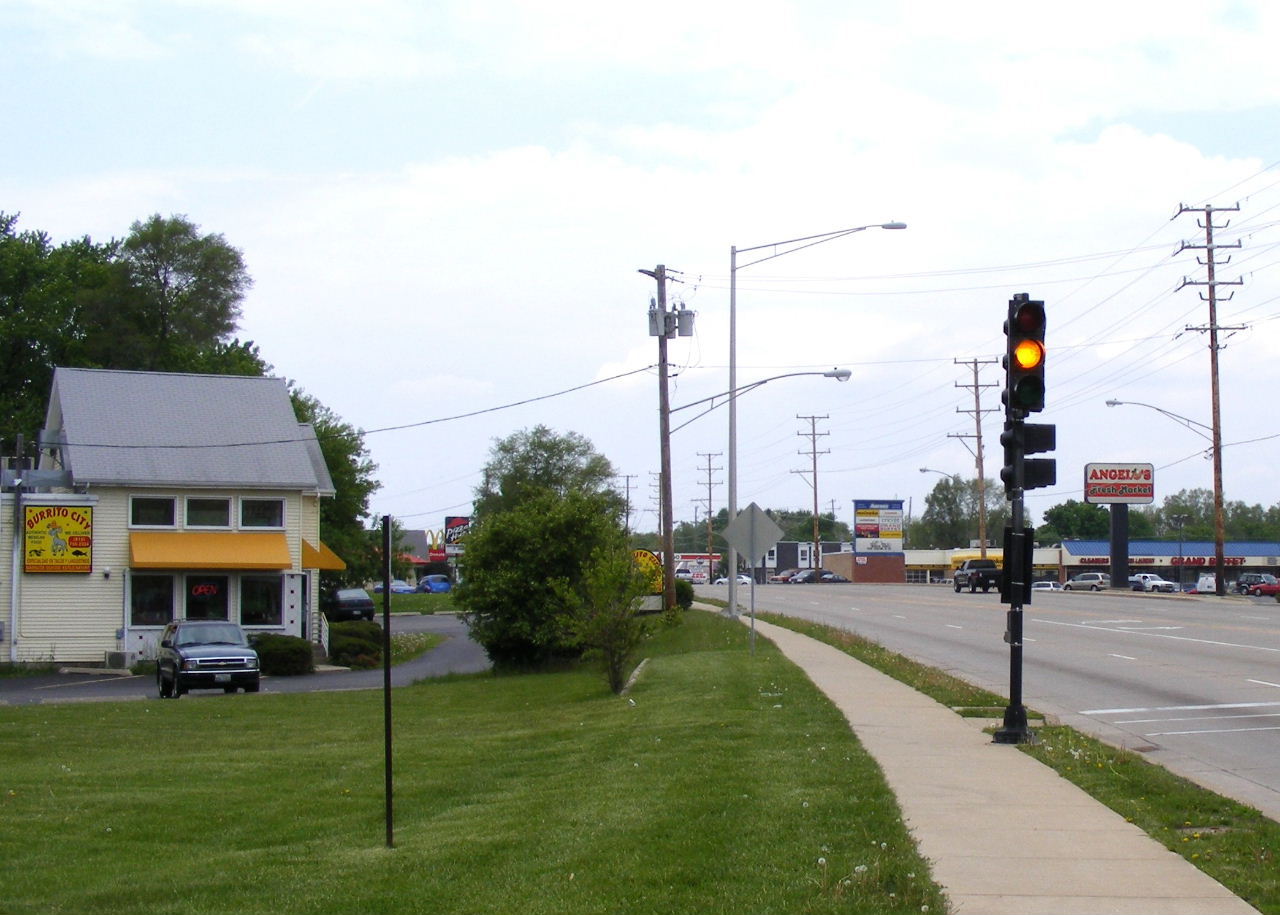 I bought a Big N Tasty with cheese, a large fries (for the salt), and a large Diet Coke. According to the message on my cup, I made the right choice. 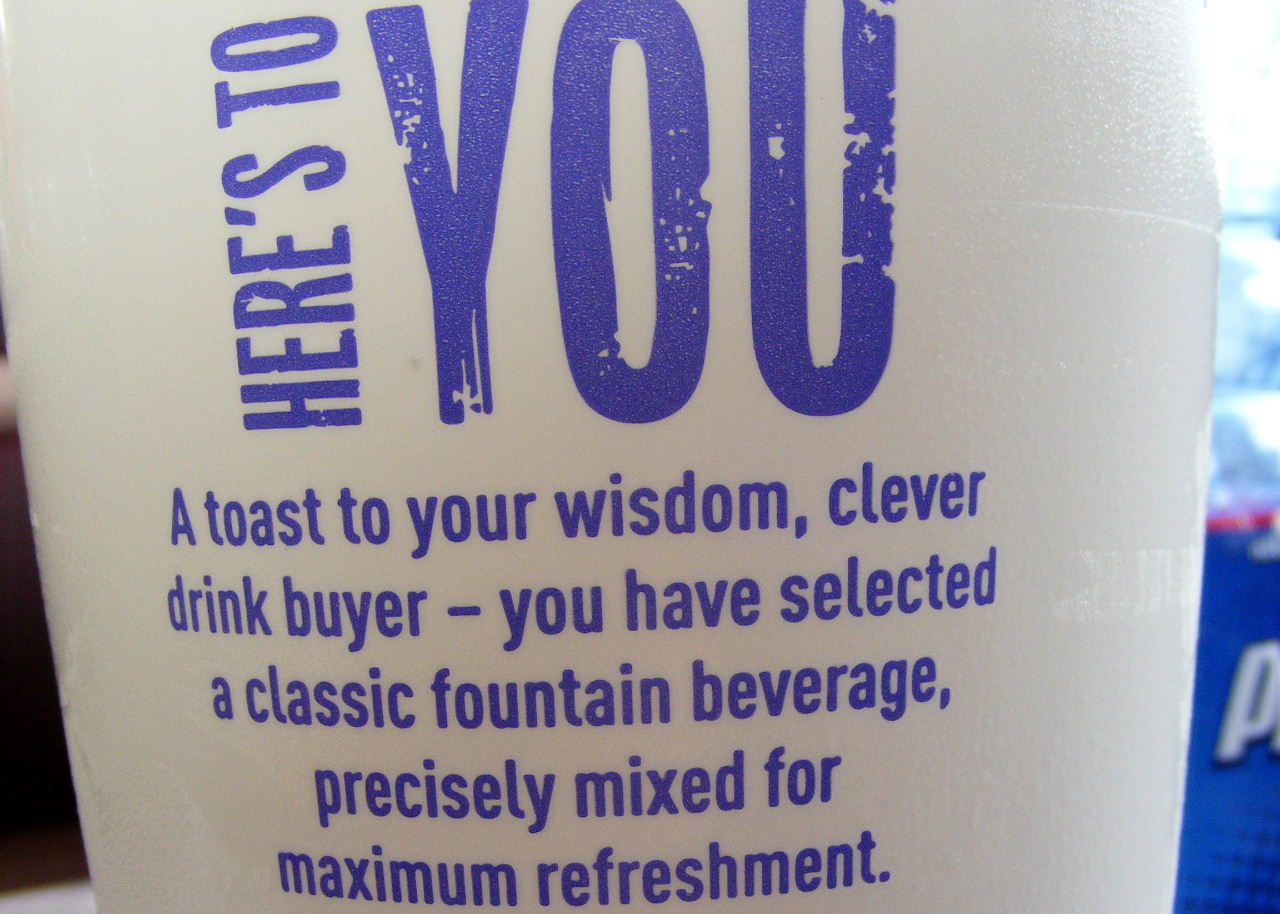 As I ate, a gentleman with a yellow jumpsuit and rather startling red hair asked if he could get his picture taken with me because he’d heard about my walk and knew I would soon be famous. I wasn’t that thrilled about it, as you can see, but I reluctantly agreed. 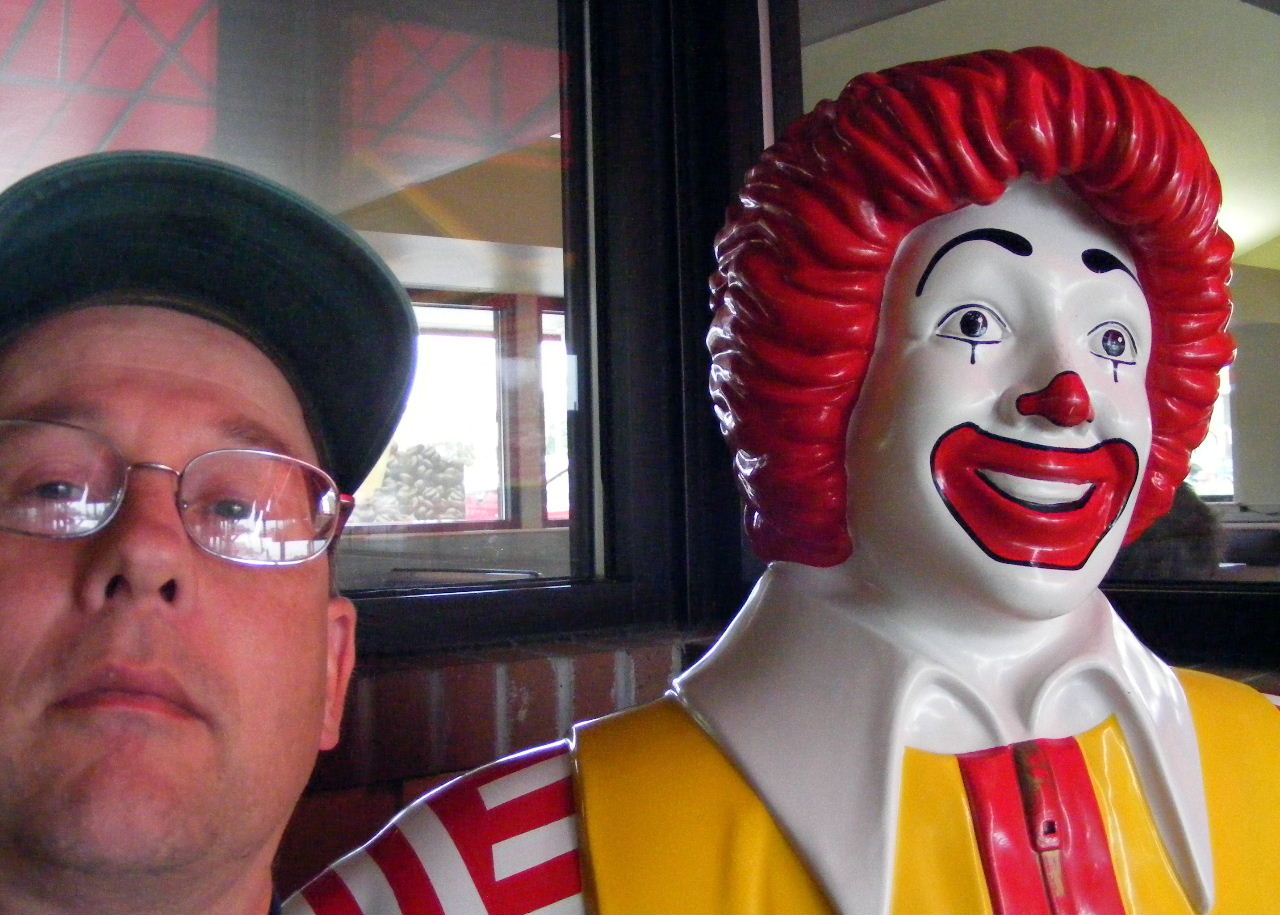 Come back tomorrow for chapter three.