The sanctuary is located in the barren high desert northwest of Denver. It exists to house animals that are confiscated from or donated by zoos, circuses, and private owners. Once here, the animals are introduced to others of their species and released into large enclosures. All of that is great. But they go way over the top with the propaganda about animal rights and saving lives.

The price of admission was $30 per person plus a donation—which isn’t really a donation if it’s required. We had to watch a video about the importance of their mission. and we were given a booklet with the stories of all the animals, which all sounded very much alike. “Animal name was kept in a small cage at an amusement park/zoo/backyard until the owner couldn’t/wouldn’t/didn’t want to take care of it anymore. Now animal name enjoys peace and friendship in a large enclosure with plenty to eat and a nice safe burrow.”

Supposedly, animals view humans on the ground as a threat or invasion, but humans on a boardwalk are ignored. The boardwalk extends more than a mile from the entrance tent to the tiger roundhouse. All of the cages have underground bunkers accessible through cement sewer pipes, and many of the animals were nowhere to be seen. 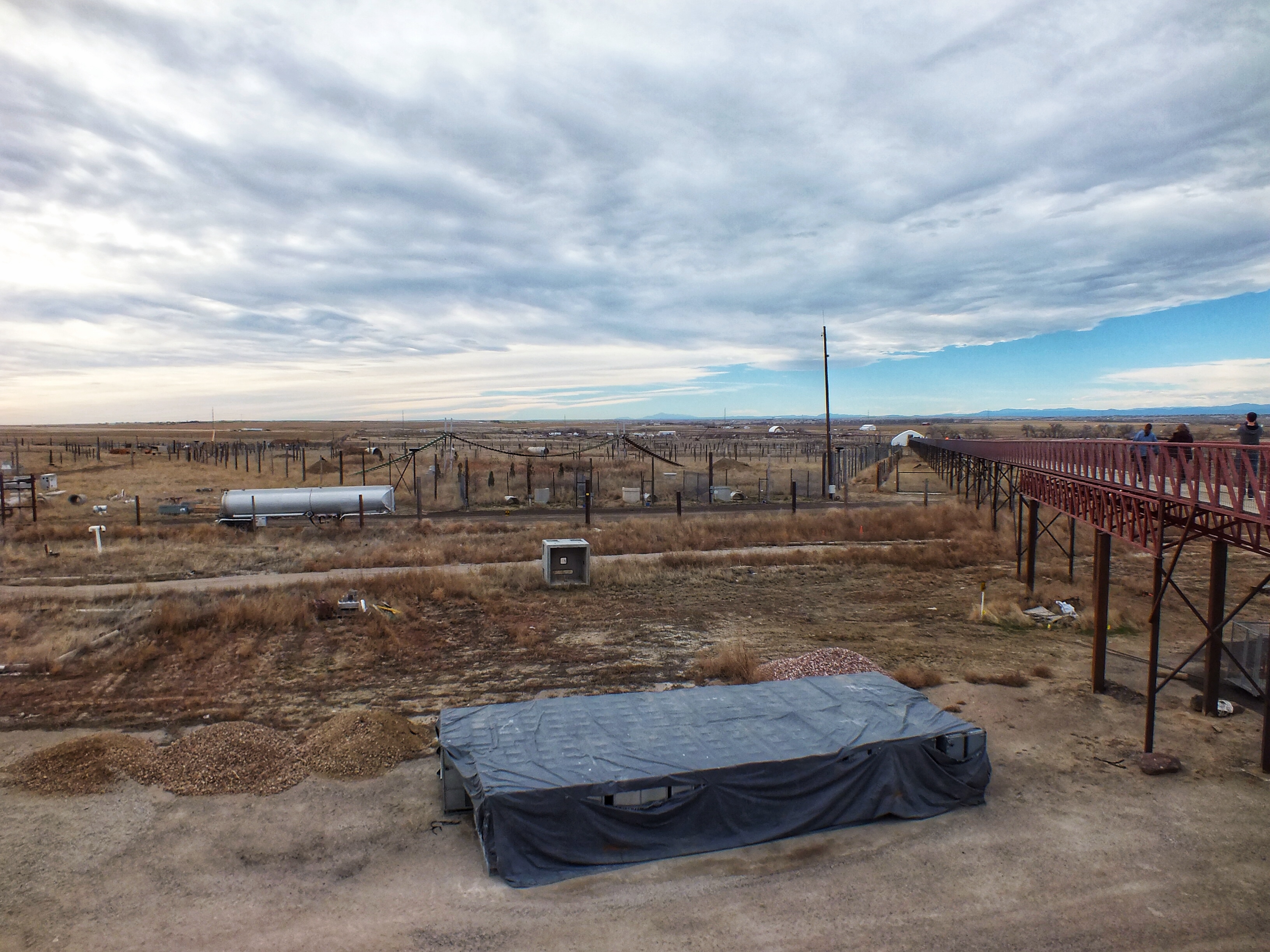 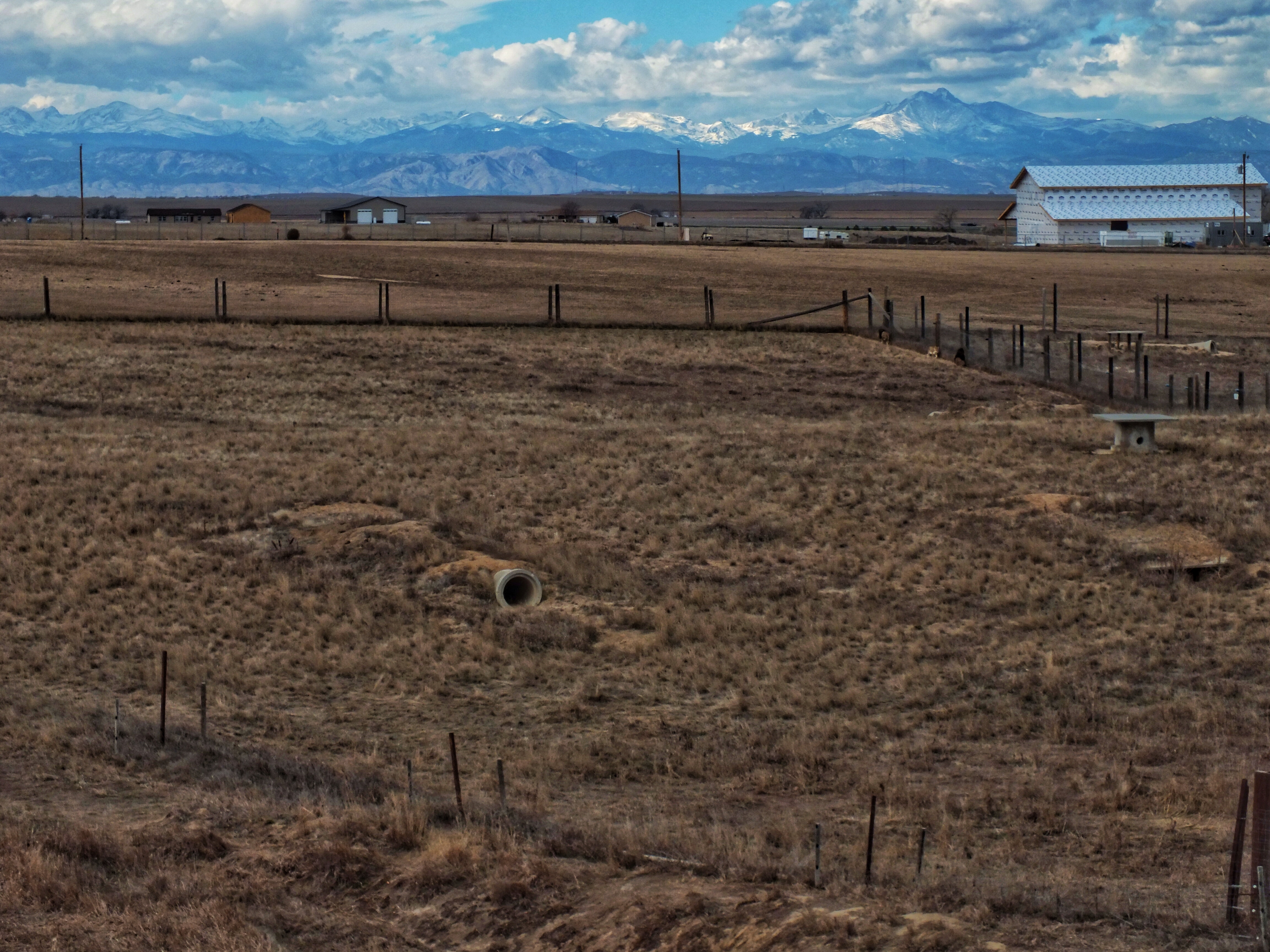 Signs placed by the various enclosures all said pretty much the same thing too—the animal was kept in a cage by itself until it acclimated. Then it was put in another cage next to the group area. Once it was accepted by the group, it was allowed out in the big area.

The lions were active early on, pacing and roaring and running. 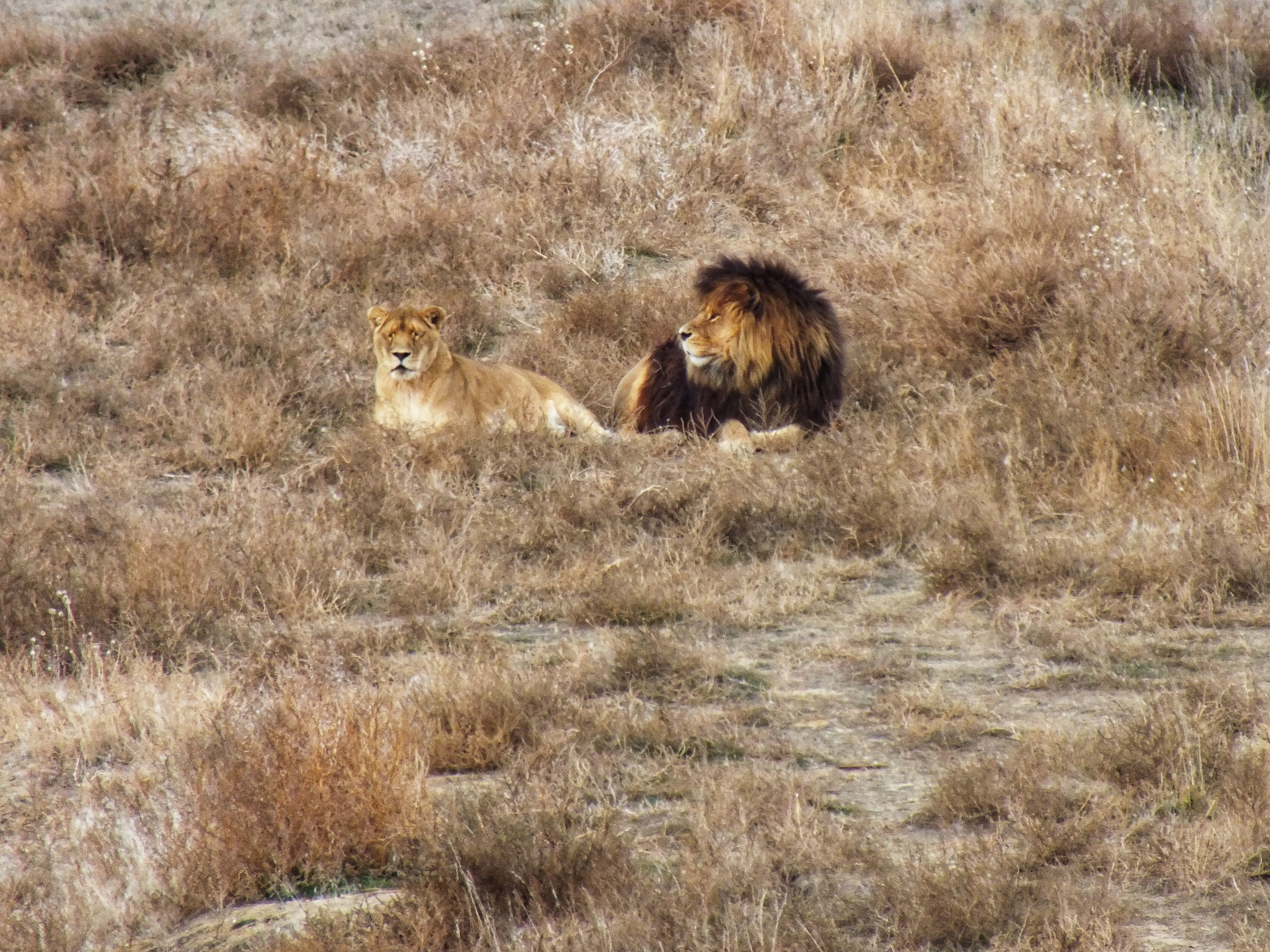 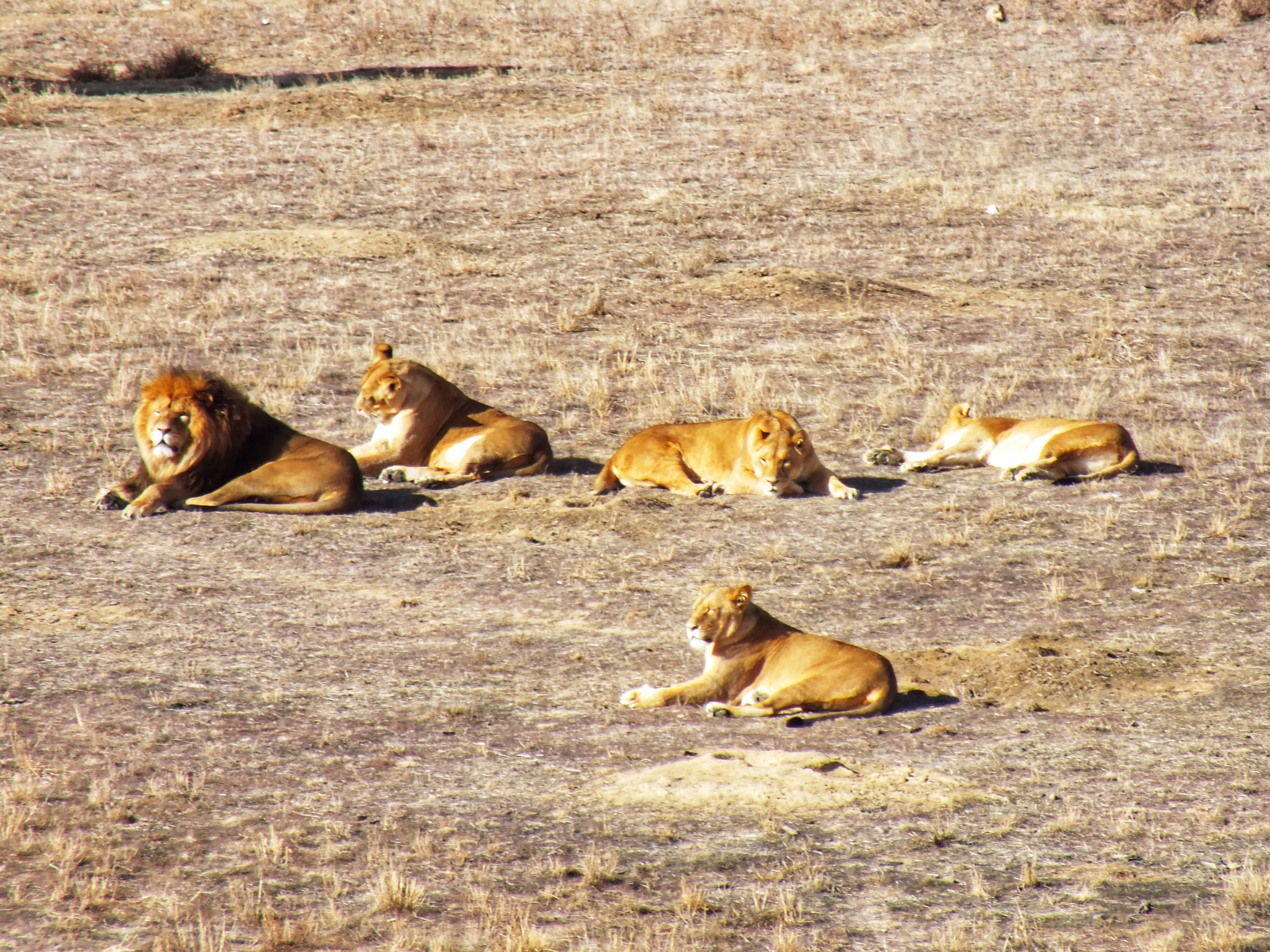 A few other animals were lying about or wandering slowly across their areas. 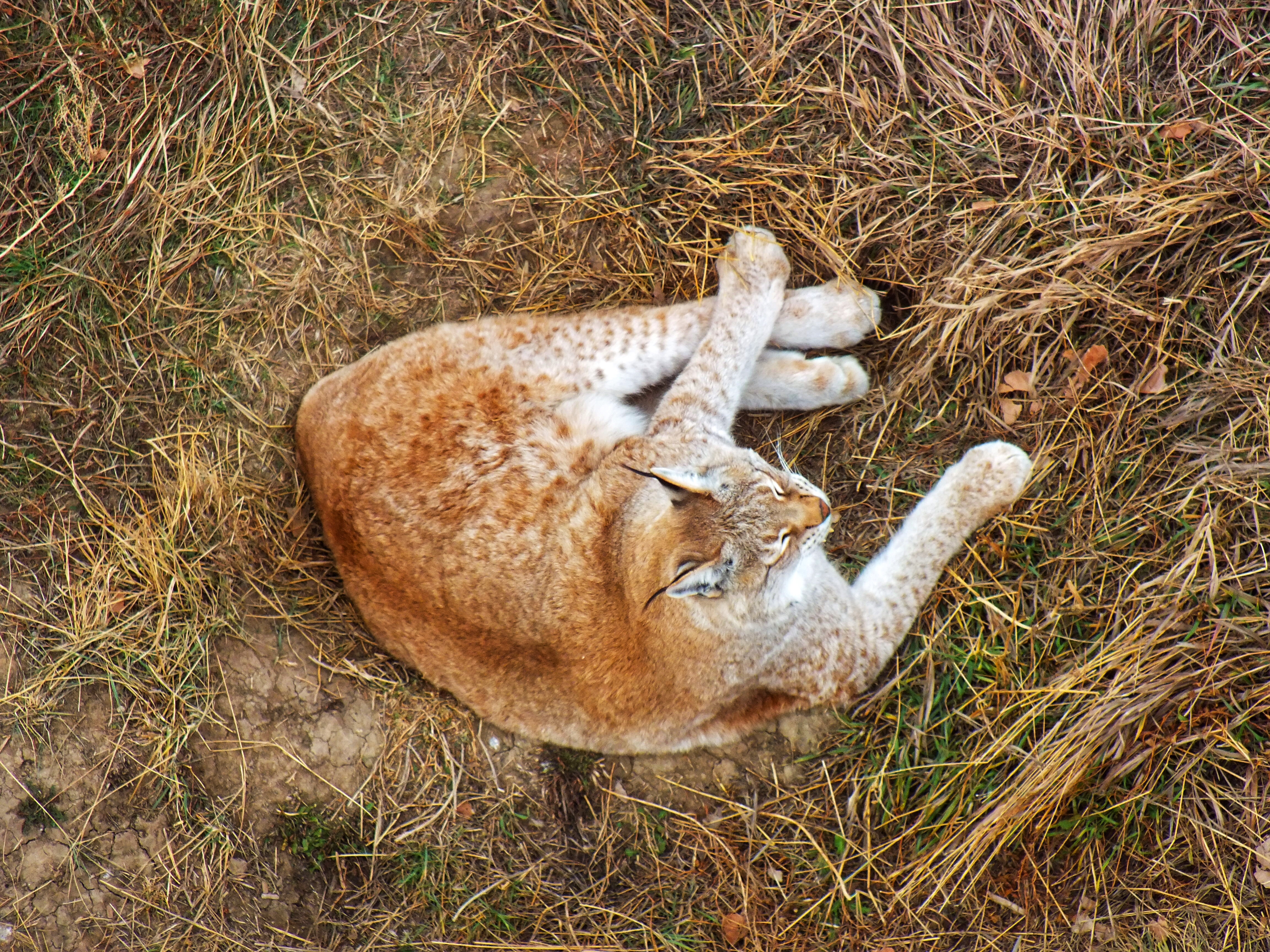 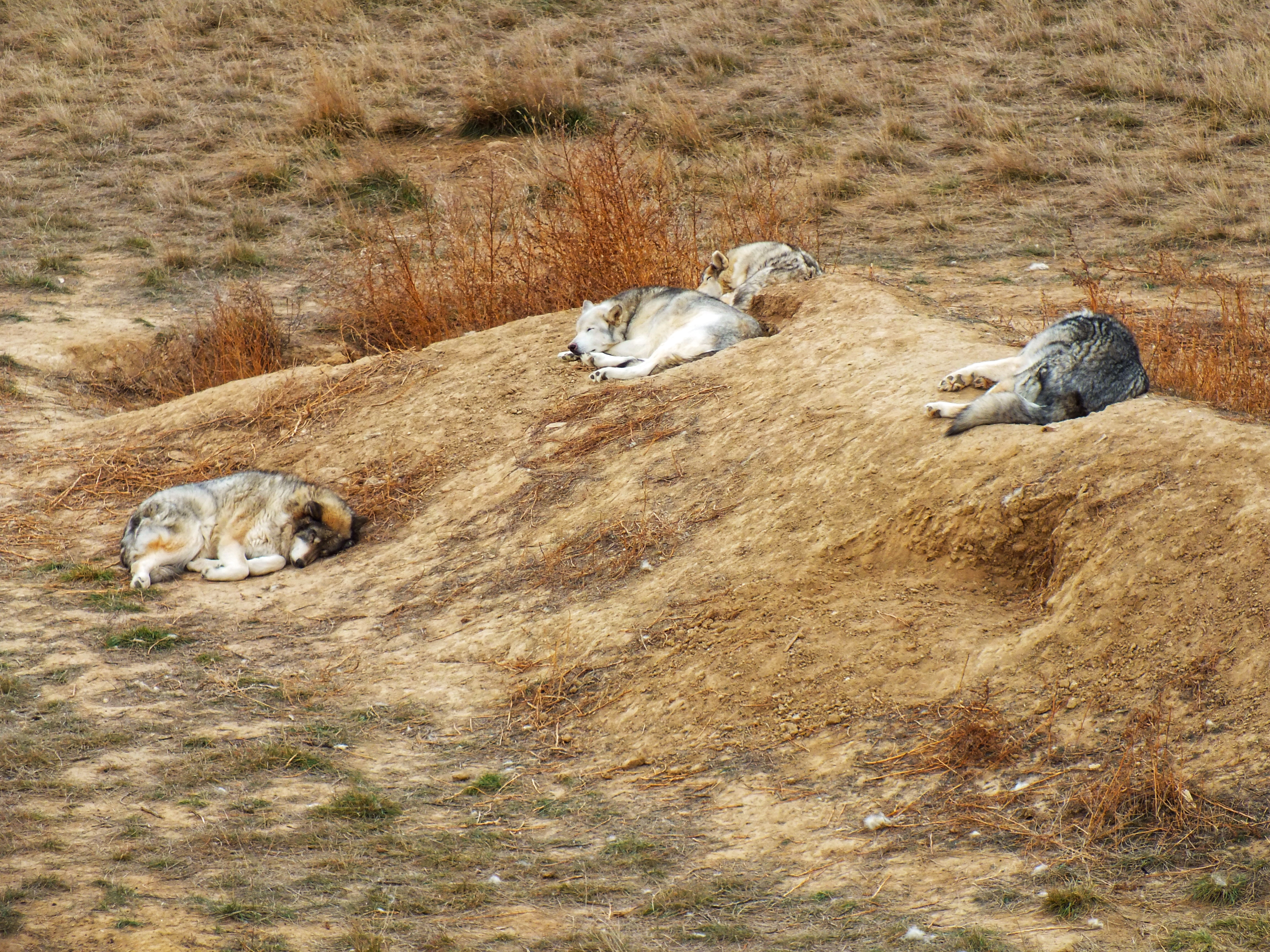 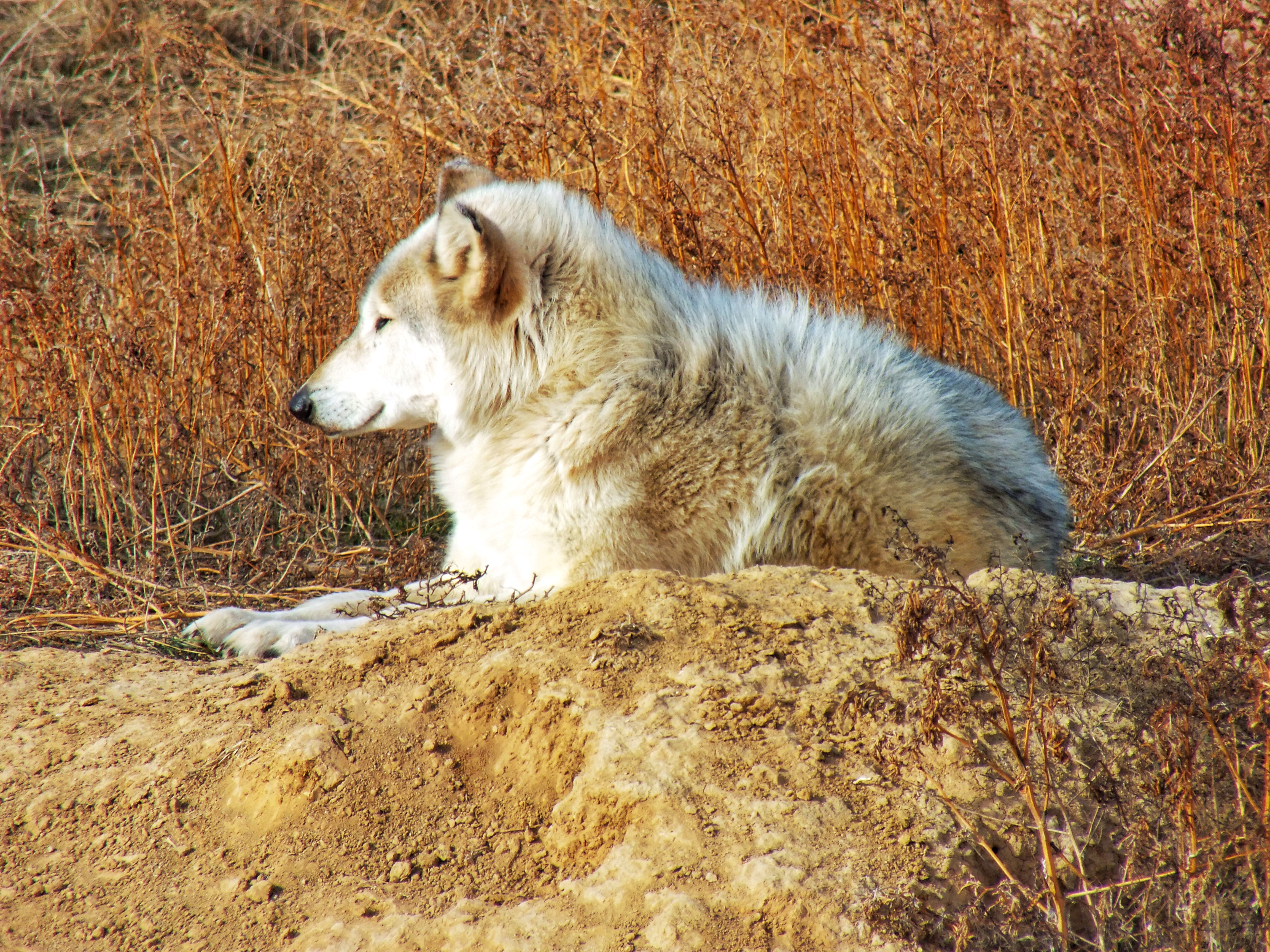 Black Bear (most of the bears were hibernating) 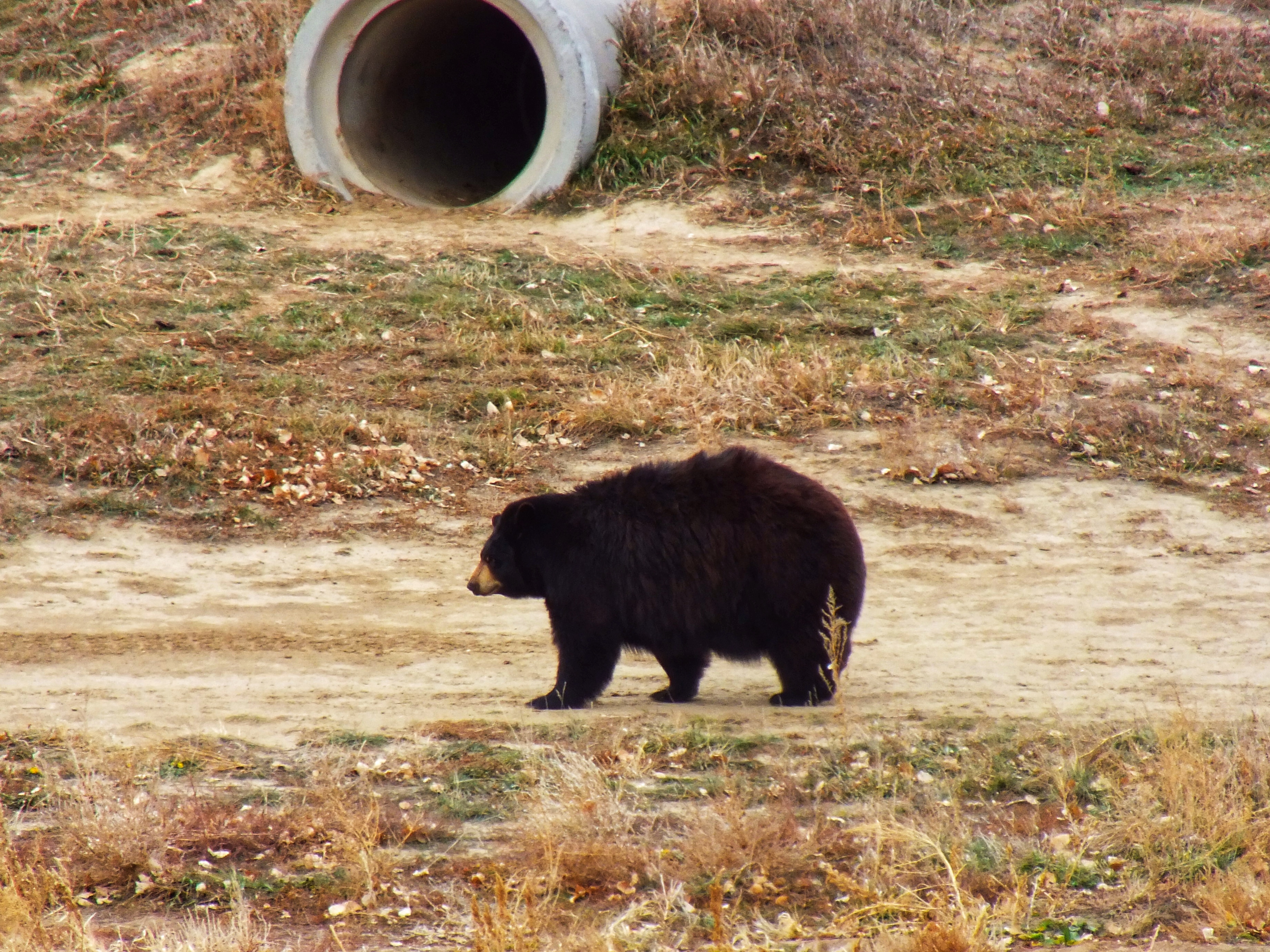 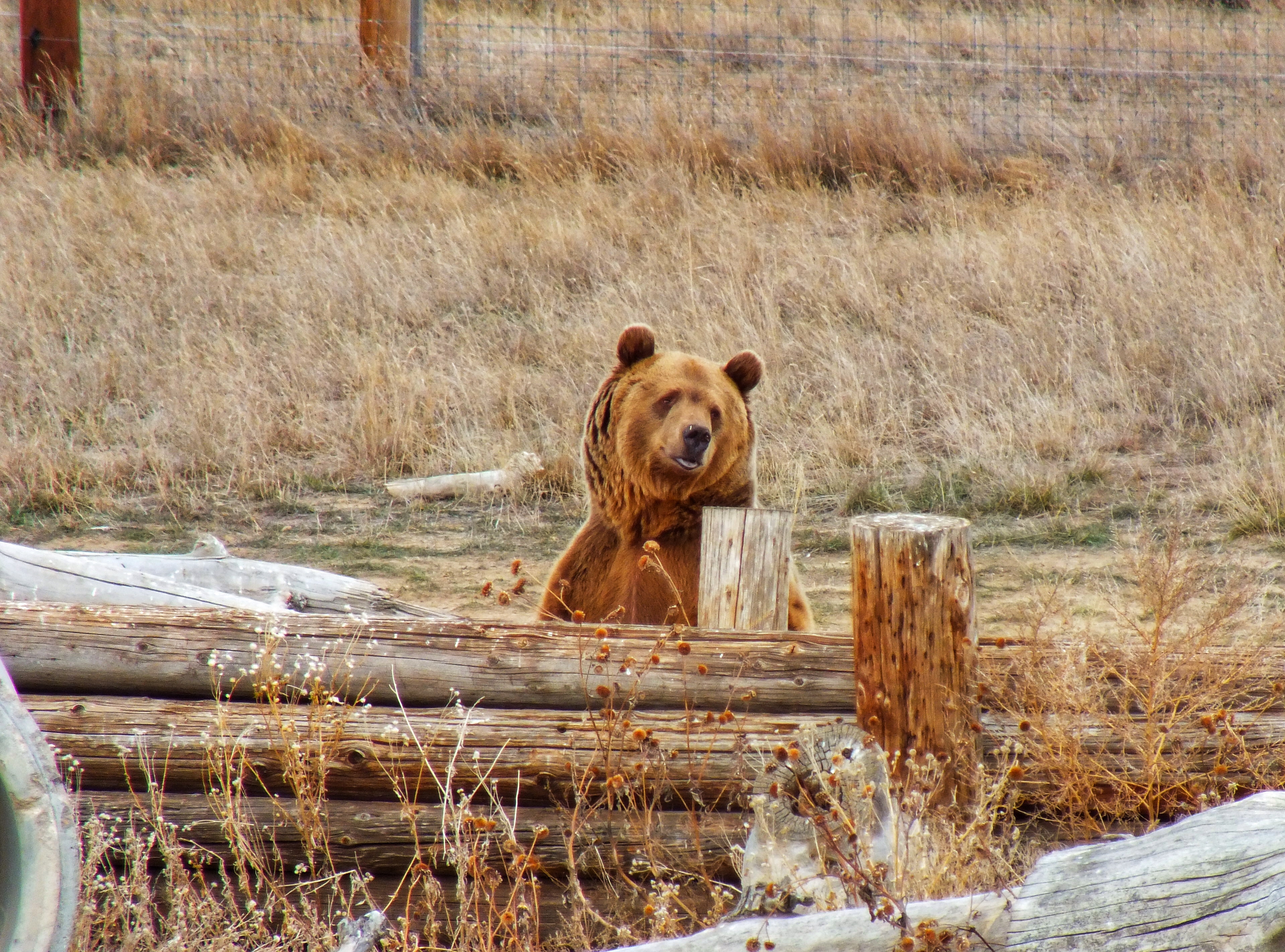 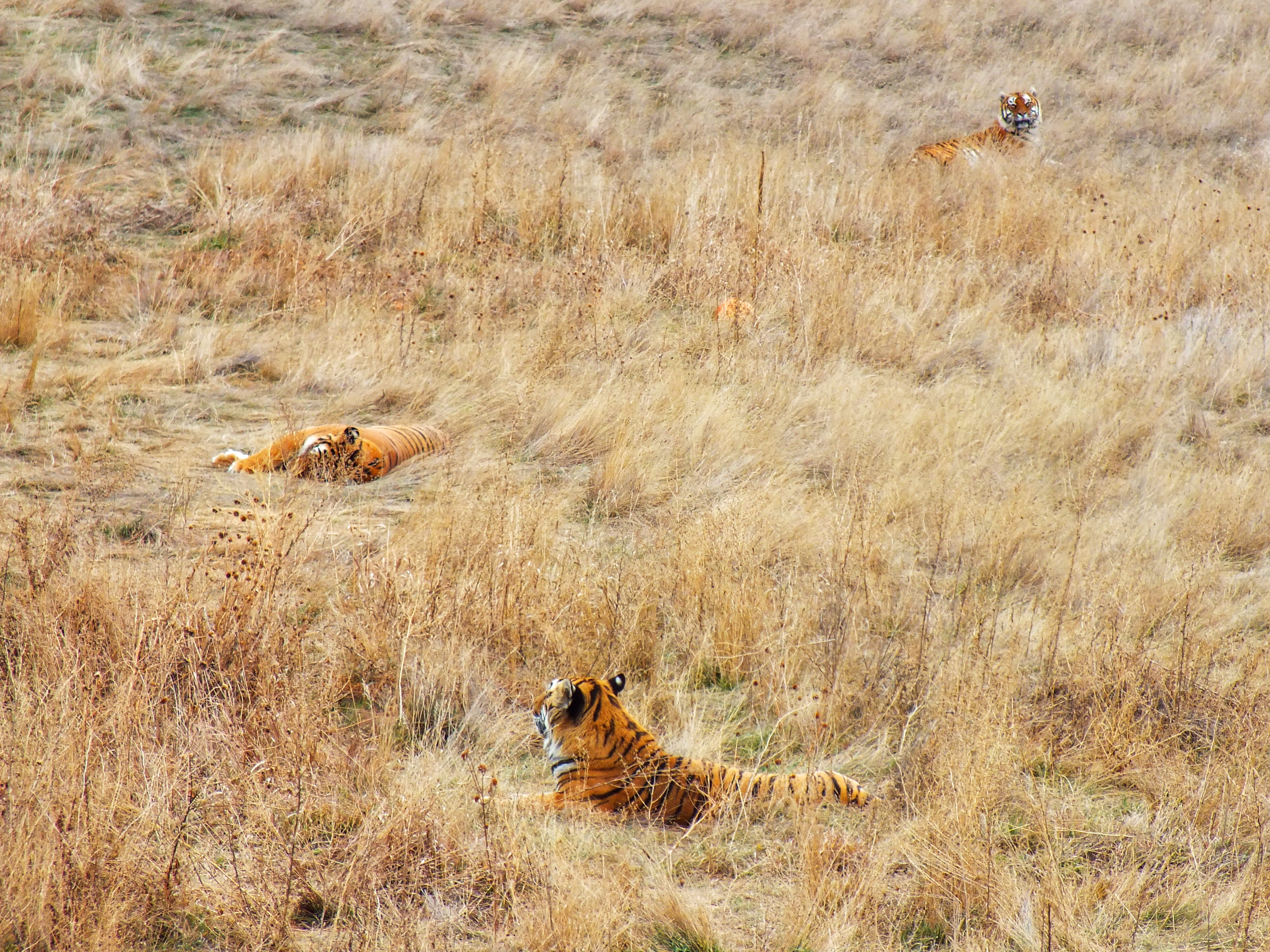 At the end of the walkway was the tiger roundhouse. Since tigers are loners in the wild, it takes longer to acclimate them to being around other tigers. They’re kept in smaller cages but allowed out, one at a time, into a larger area with a waterfall. 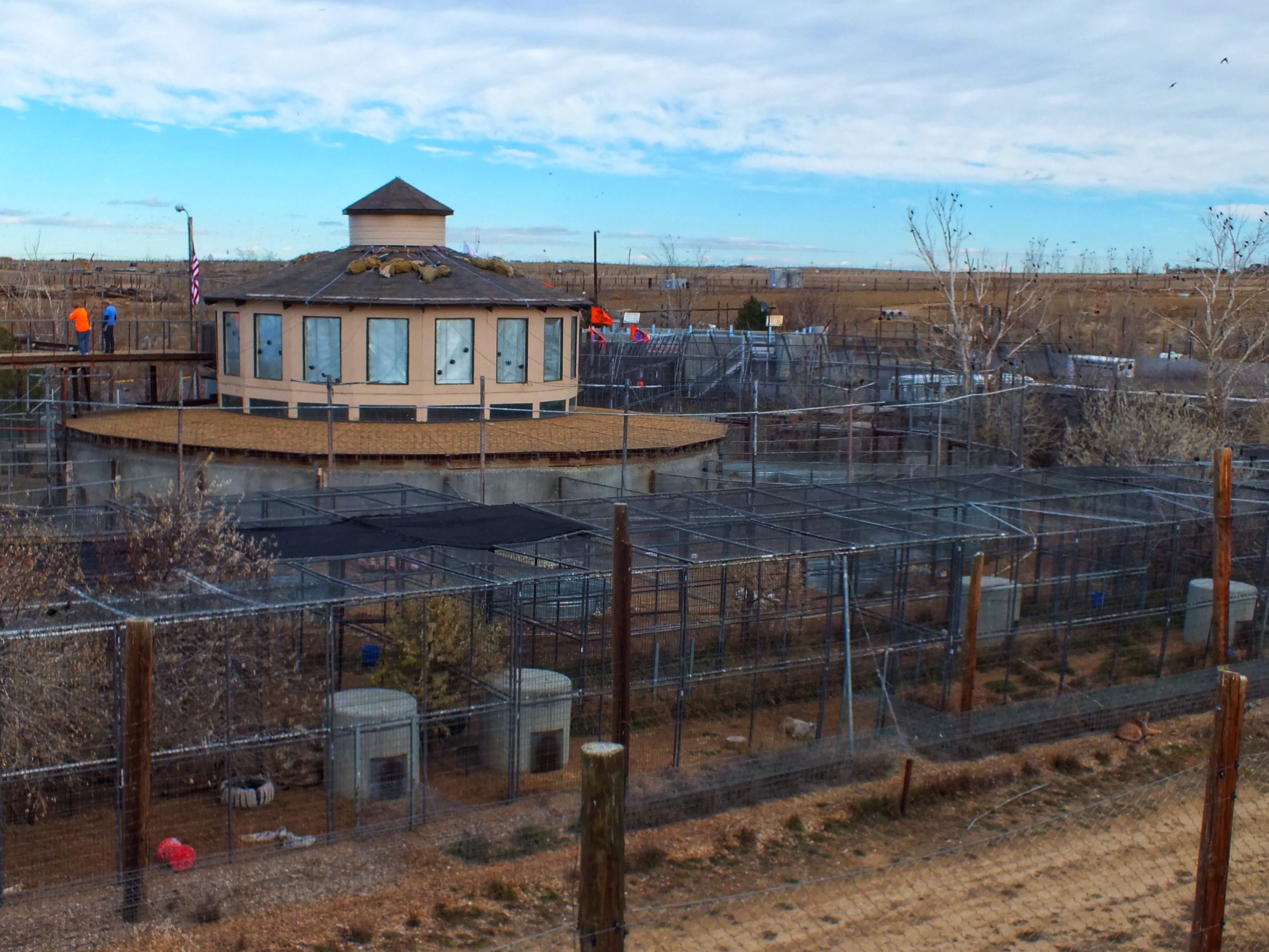 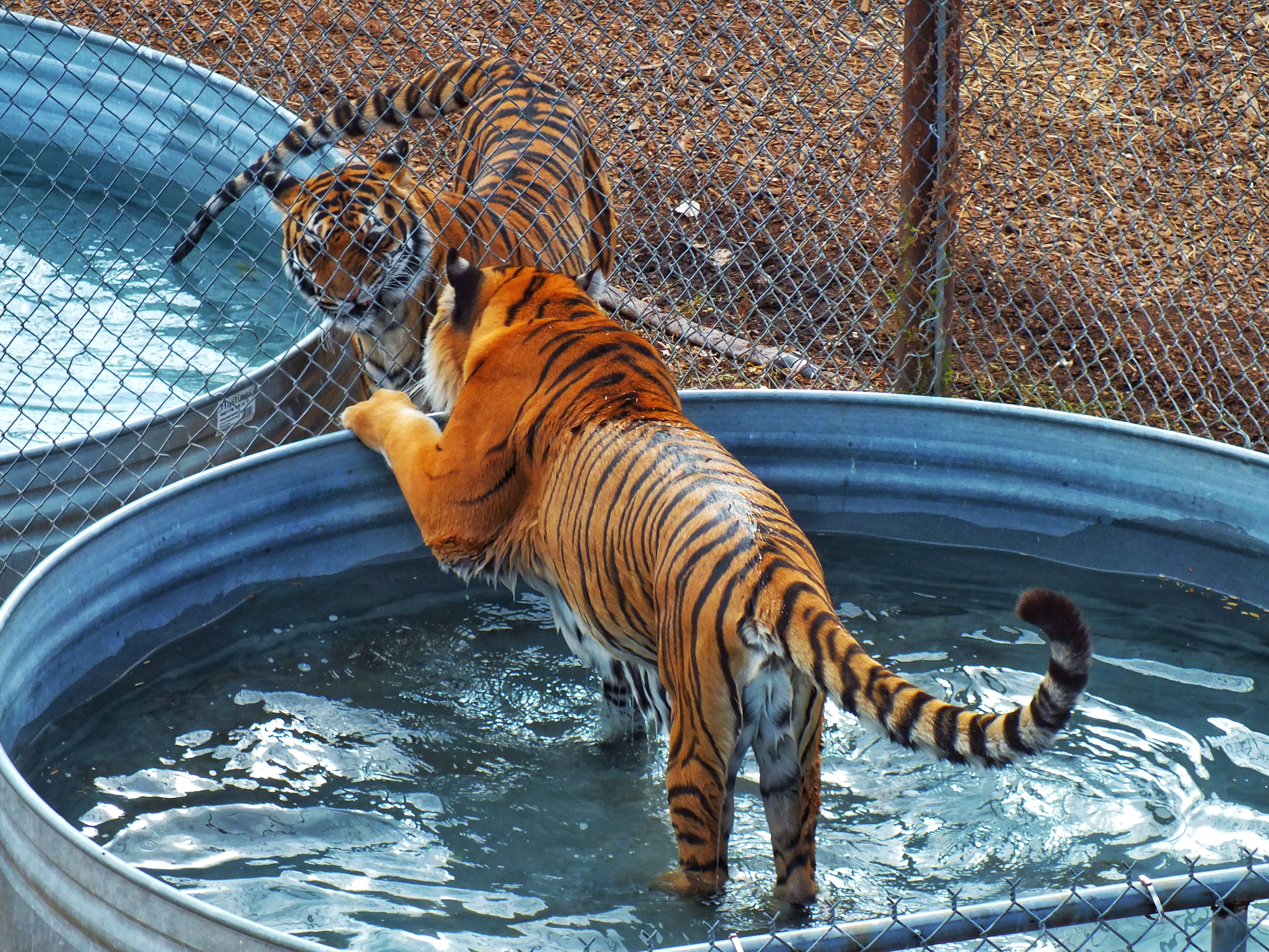 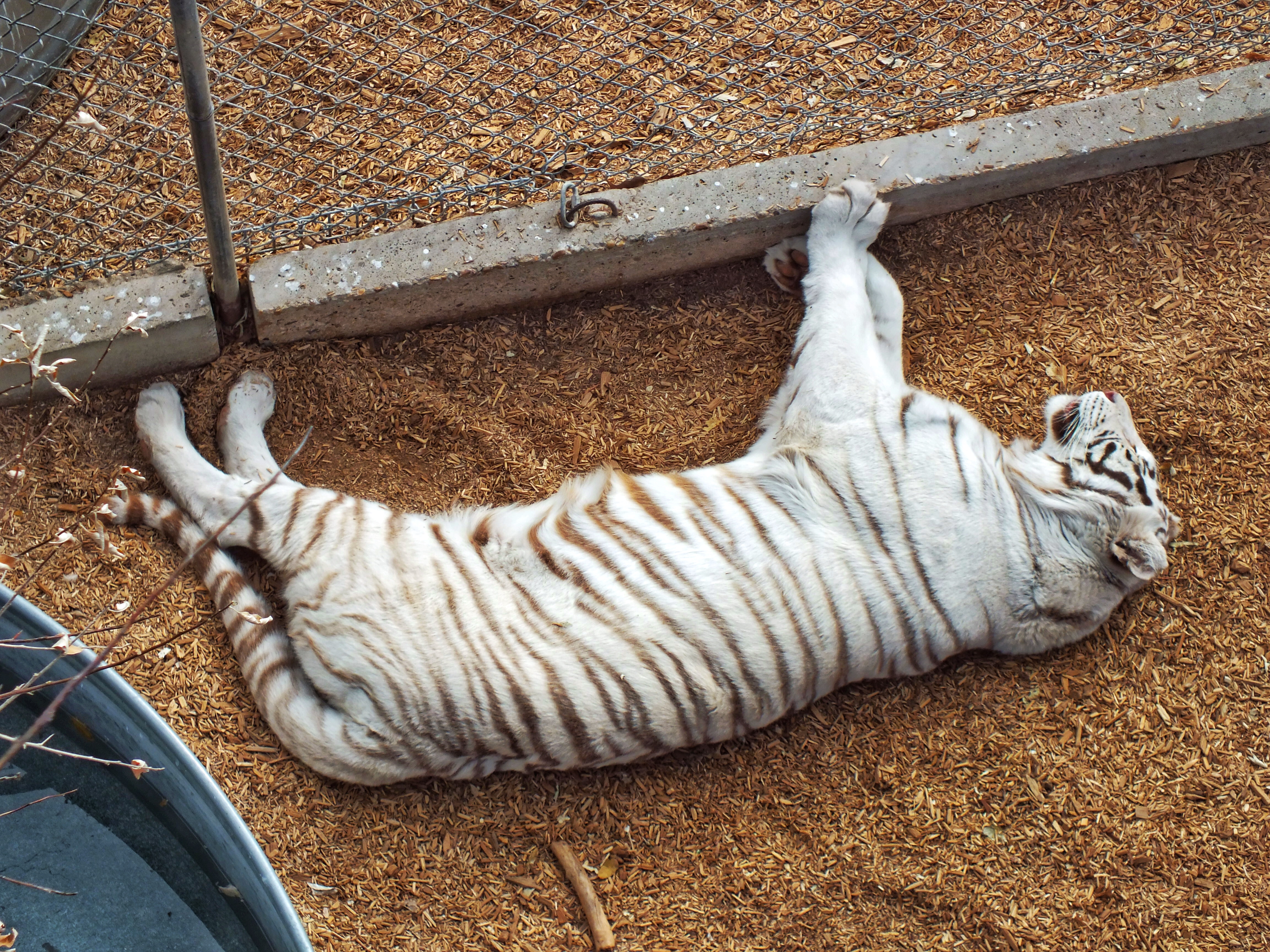 They’ve also rescued some animals that aren’t large predators—like ostriches, camels, horses, alpacas, and some coyotes and wolves that were at least half dog. 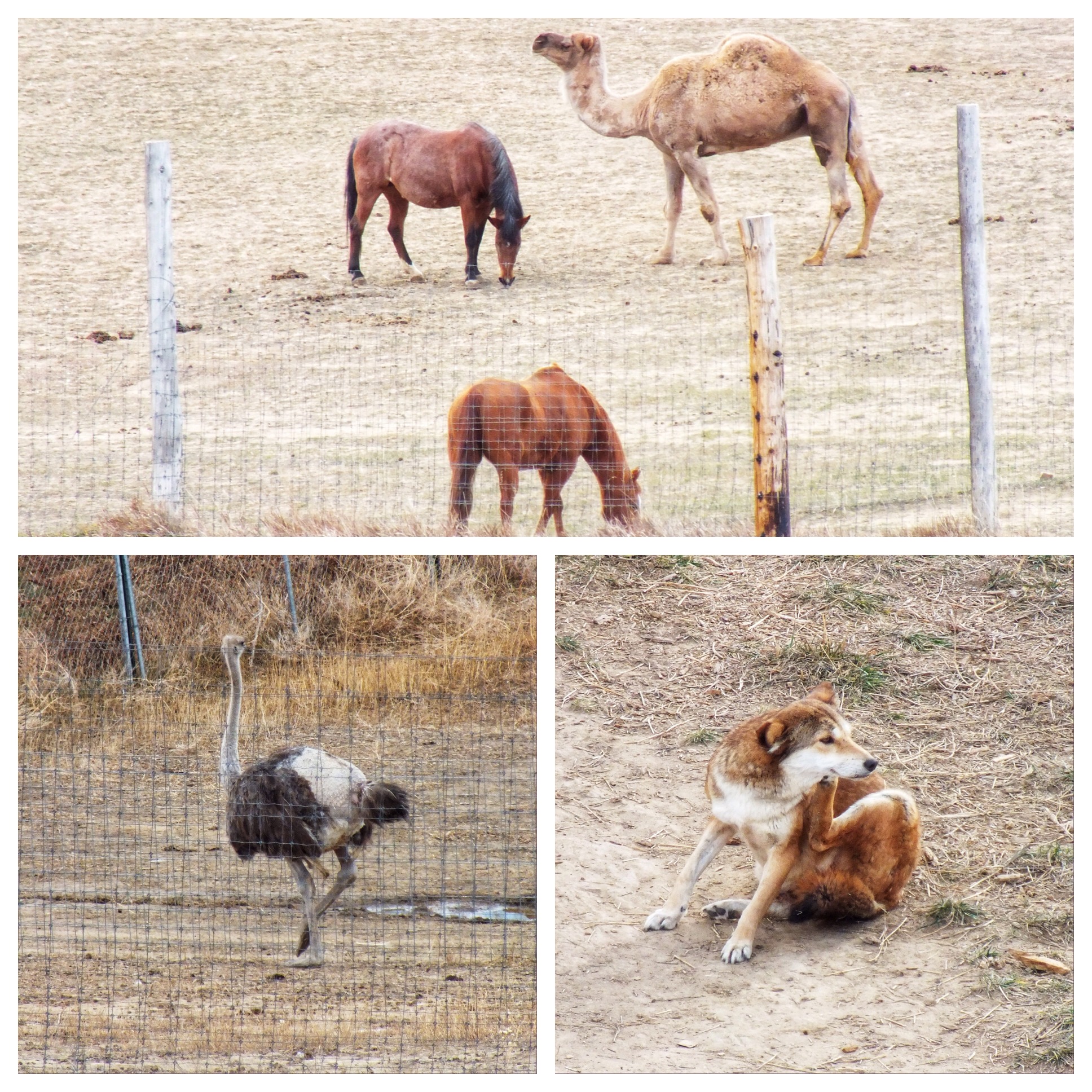 When we finished looking, we had the long walk back the way we came. Some animals that had been out earlier had disappeared. A few others were out that weren’t earlier. There were many more people going the other way that we had to dodge around, although it doesn’t look like it from this photo. 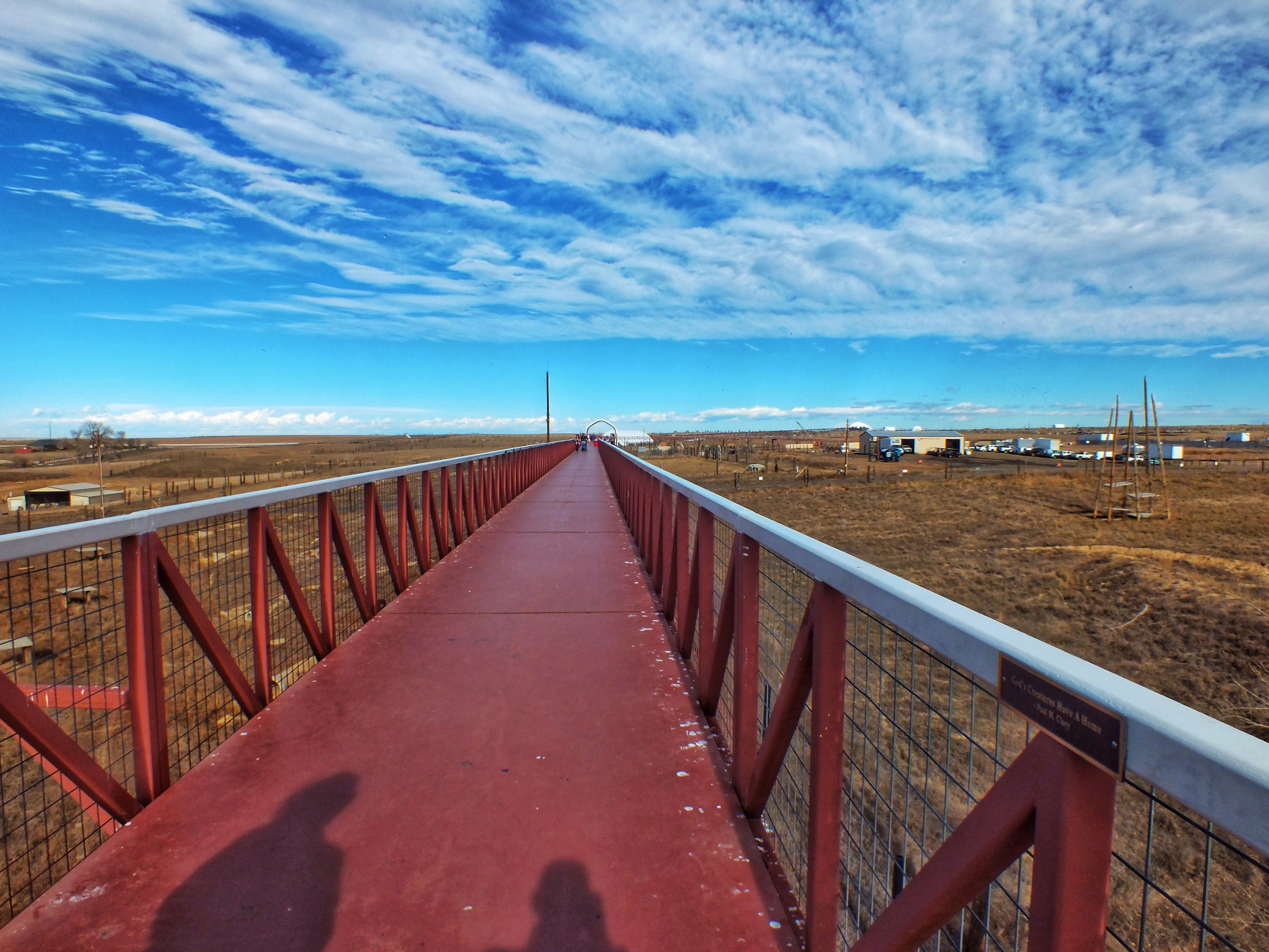 Of more interest to me than the animals were the birds that knew a good thing when they saw it. There was an immense flock of starlings and another of Ring-billed Gulls with a few Herring Gulls mixed in. When they put out the meat for the animals, the birds congregated and, I’m sure, ate much more food than the animals. I did see one wolf who made a point of patrolling his cage scaring off the birds, but otherwise they pretty much had their feast. 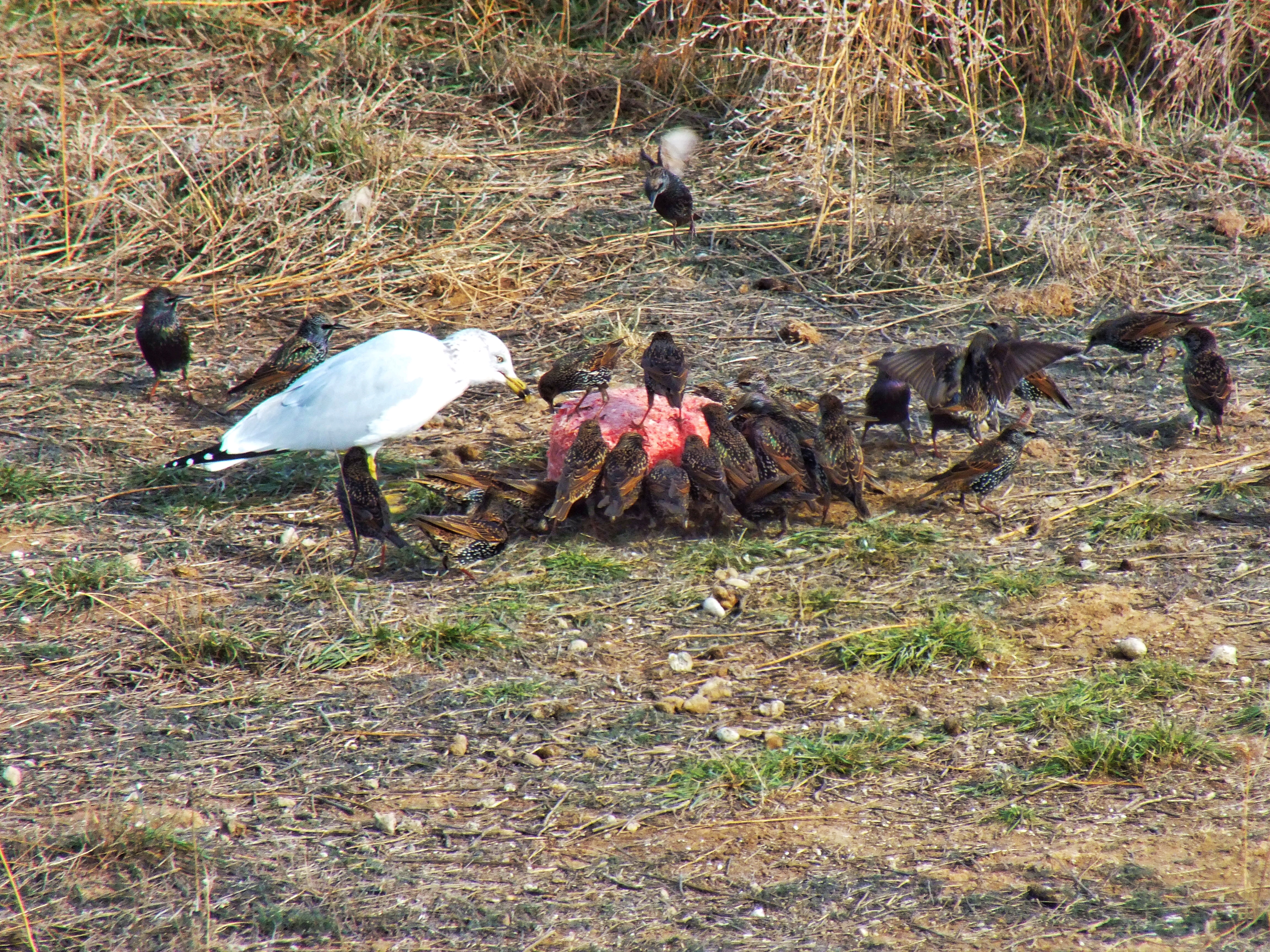 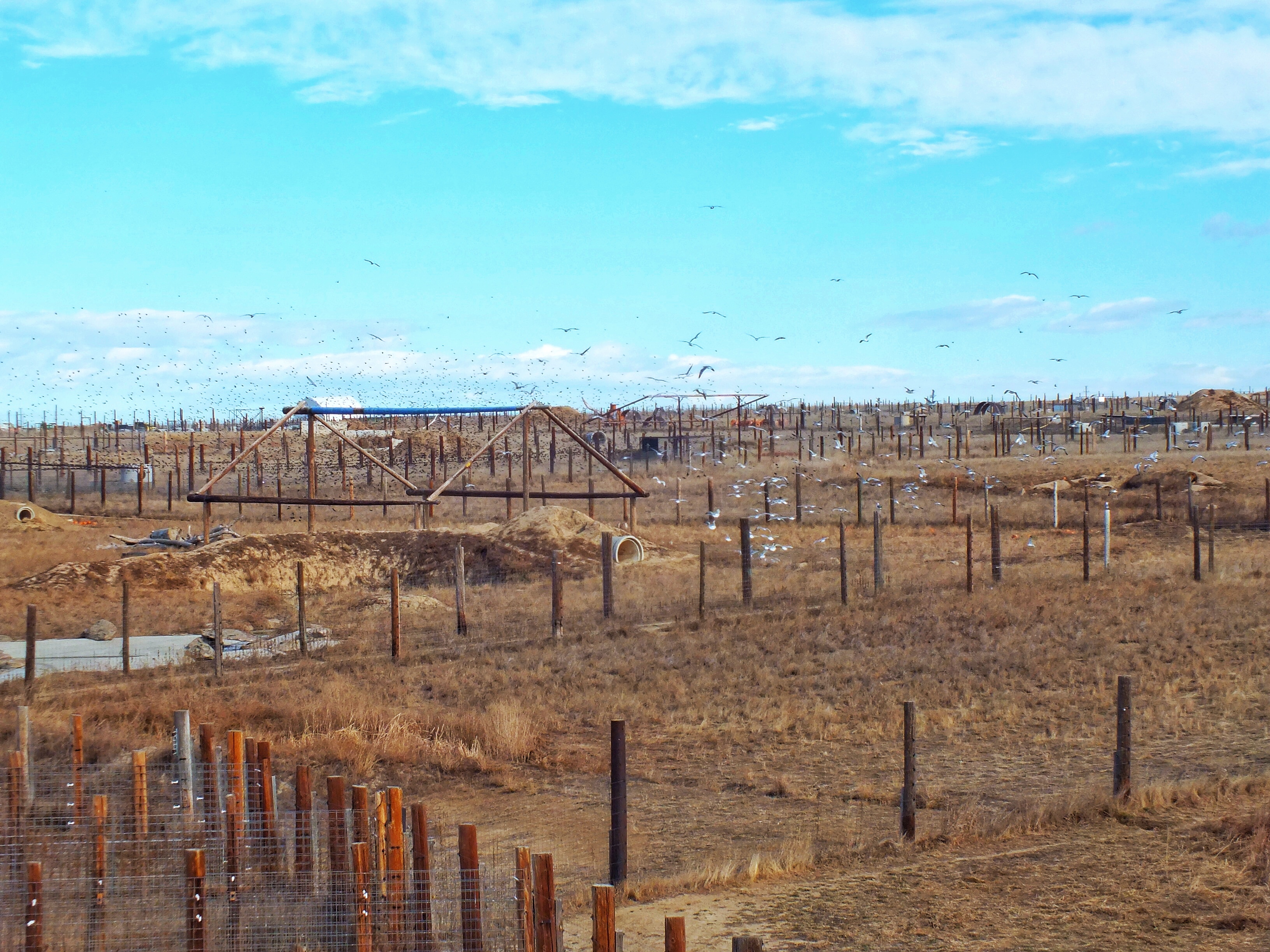 But in addition to the starlings and gulls, I spotted a Ferruginous Hawk, a Northern Harrier, an American Kestrel, and four Bald Eagles. I also think I saw a Prairie Falcon. 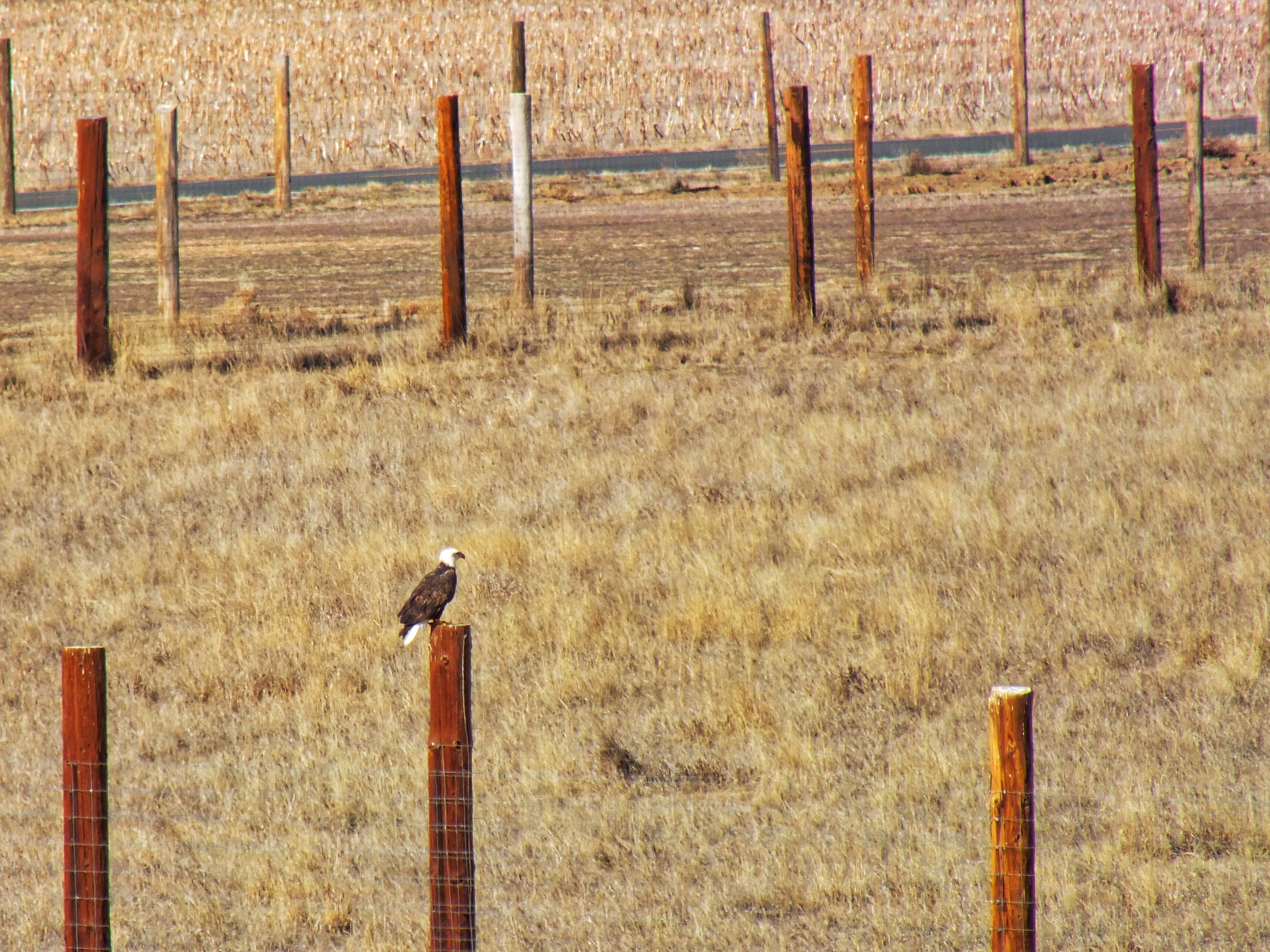 We were there maybe two hours. We’re glad we went, but don’t feel a strong need to go again.

This entry was posted in Birds, Zoos, Aquariums and Animal Parks. Bookmark the permalink.