Wednesday, December 23 was damp and overcast, with rain forecast for most of the day. I drove to Heber Springs to see the Trumpeter Swans that have chosen three random ponds as their annual wintering spot. When I first visited two years ago, it was also a gloomy, damp day. There weren’t quite as many swans this year, but that doesn’t mean there weren’t any. 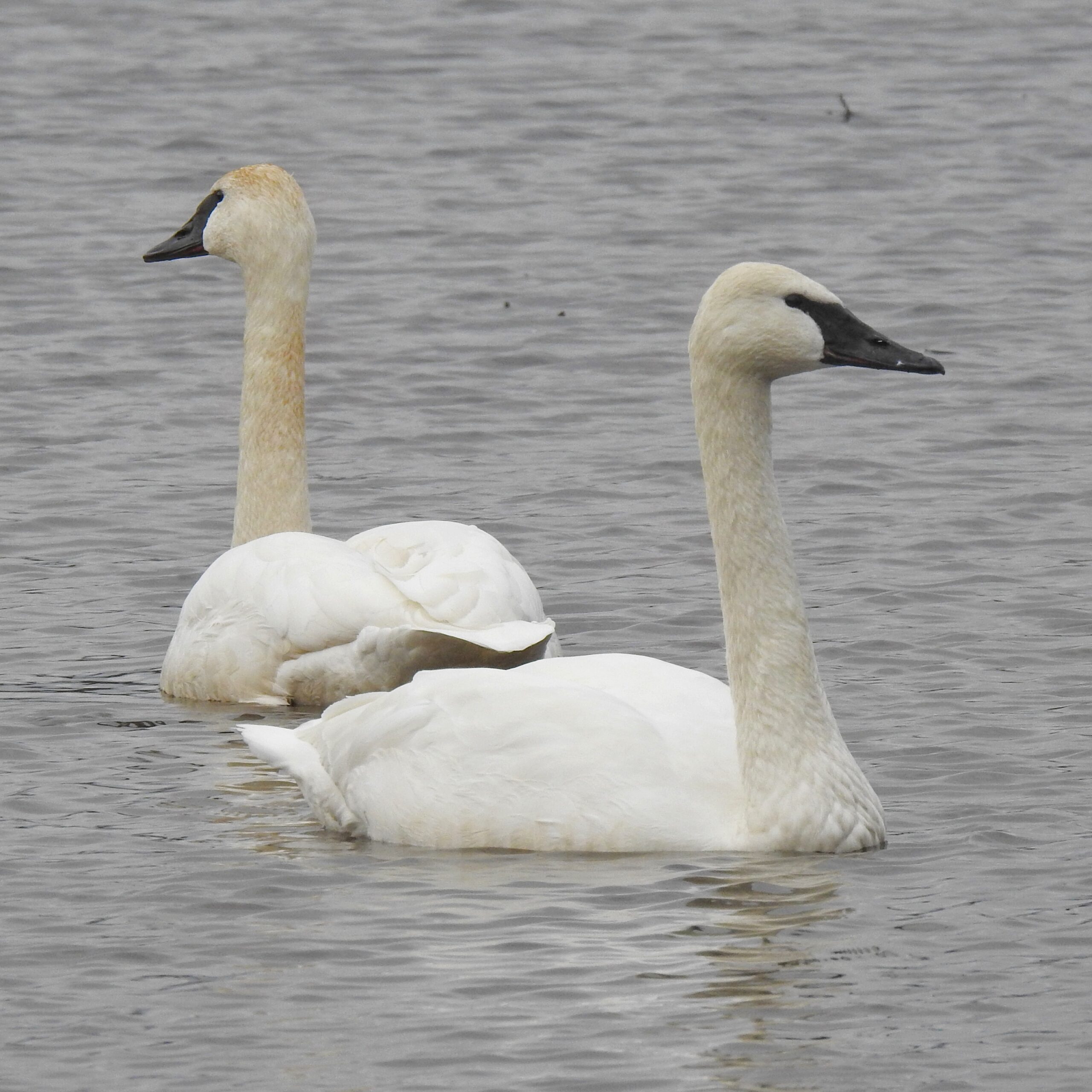 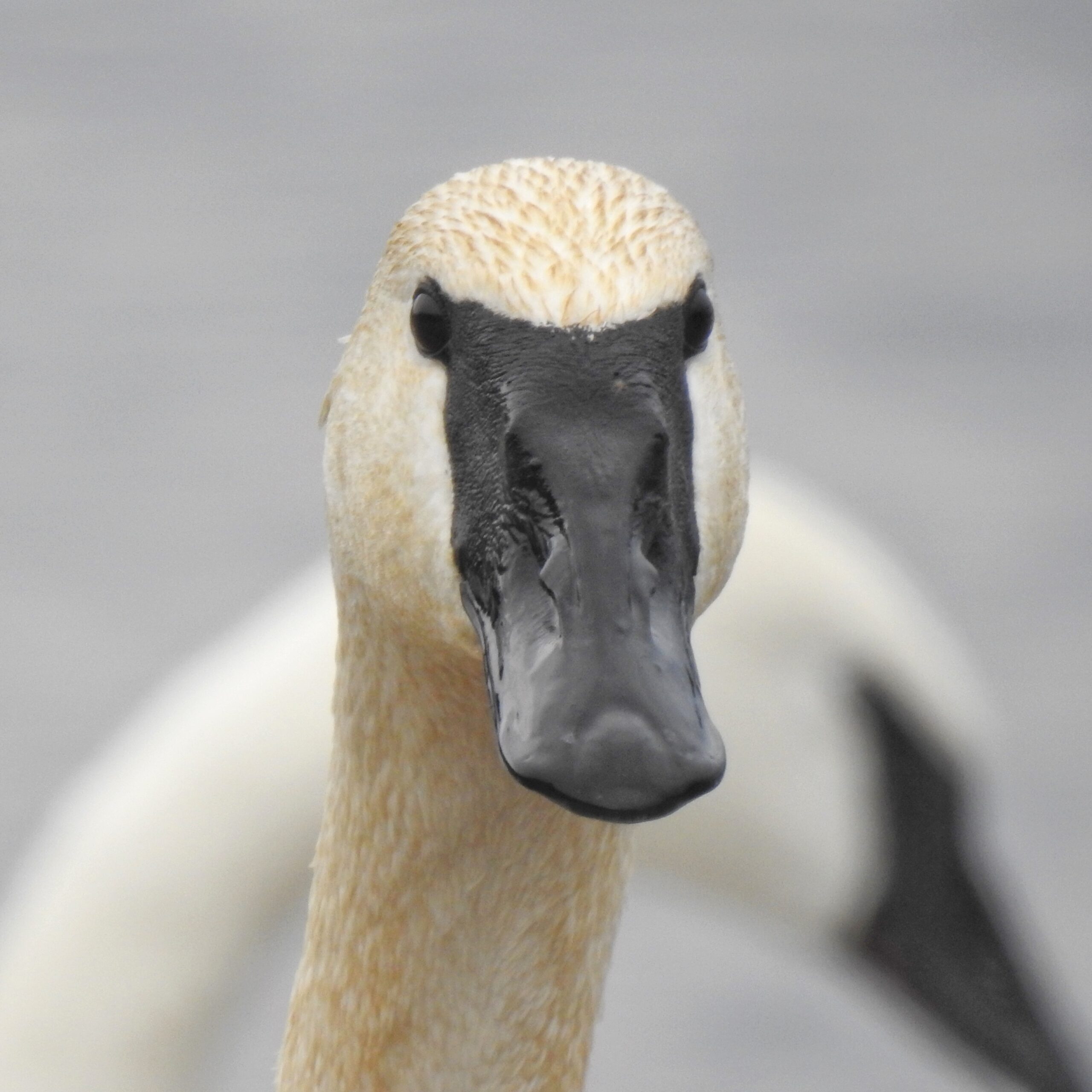 I saw Ring-necked Ducks and Buffleheads at all three ponds, but at the third location, they paid no attention to me and allowed me to get some amazing photos. 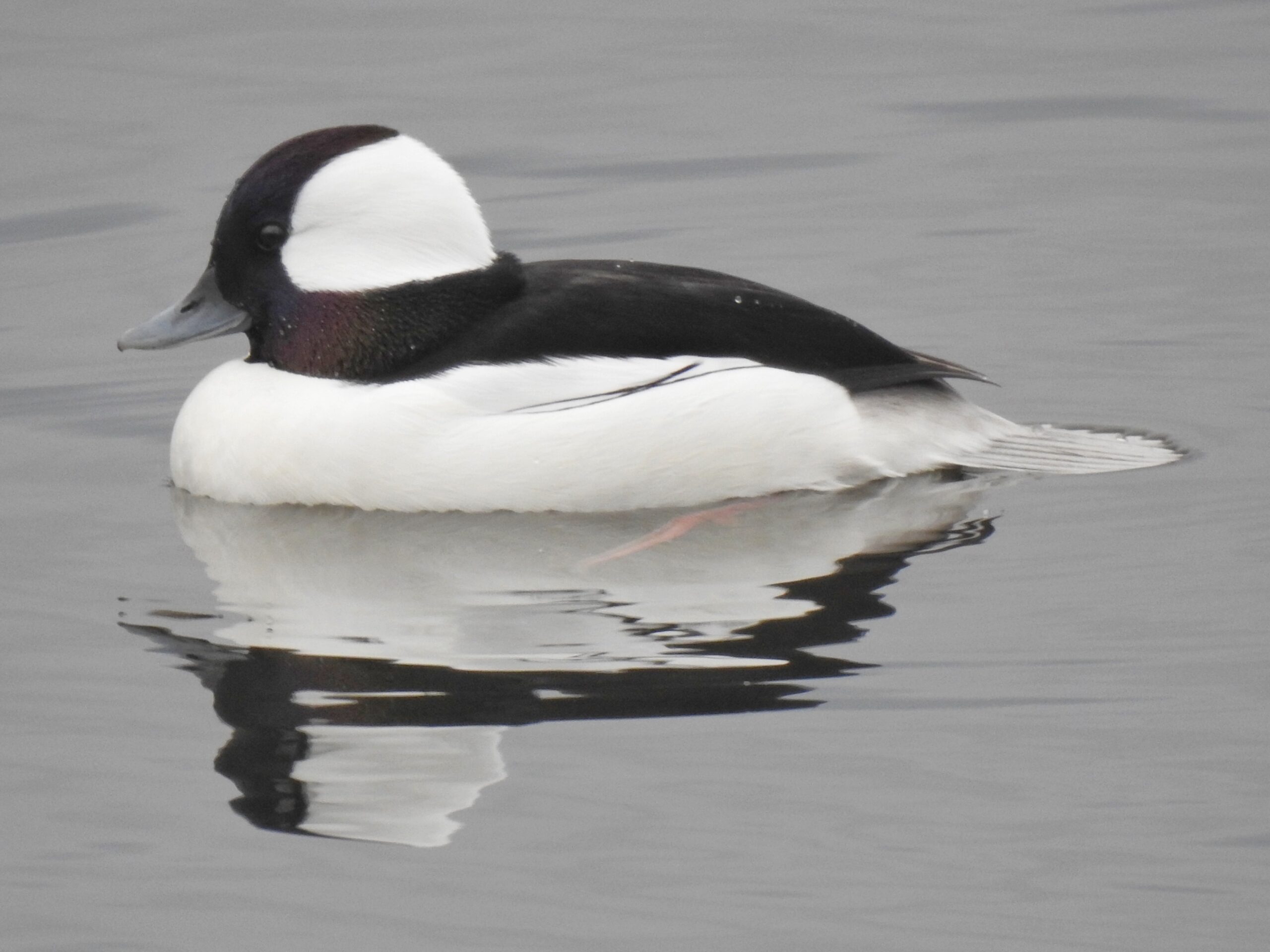 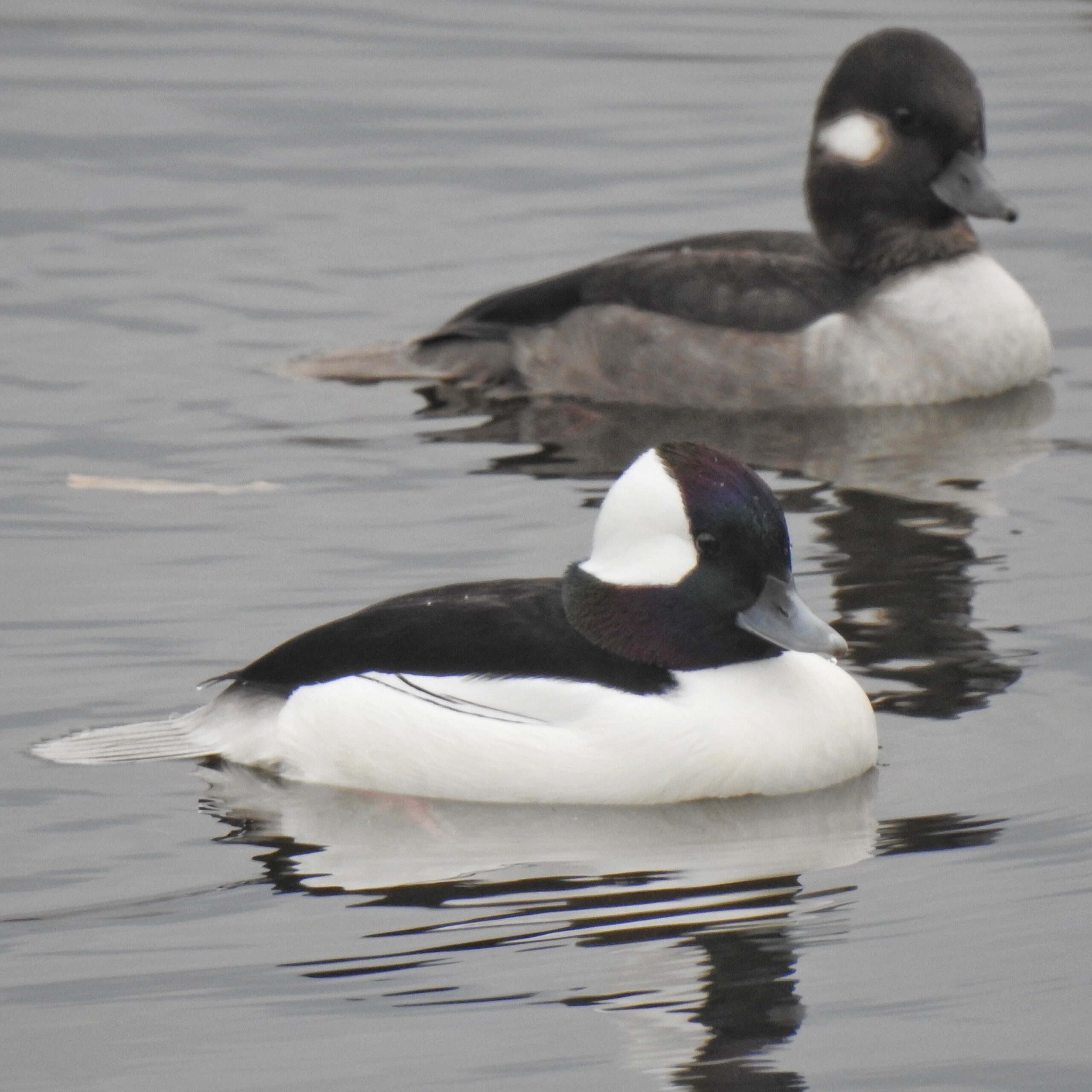 Ring-necked Ducks — Males outnumbered females by about 20-1. I wonder why? 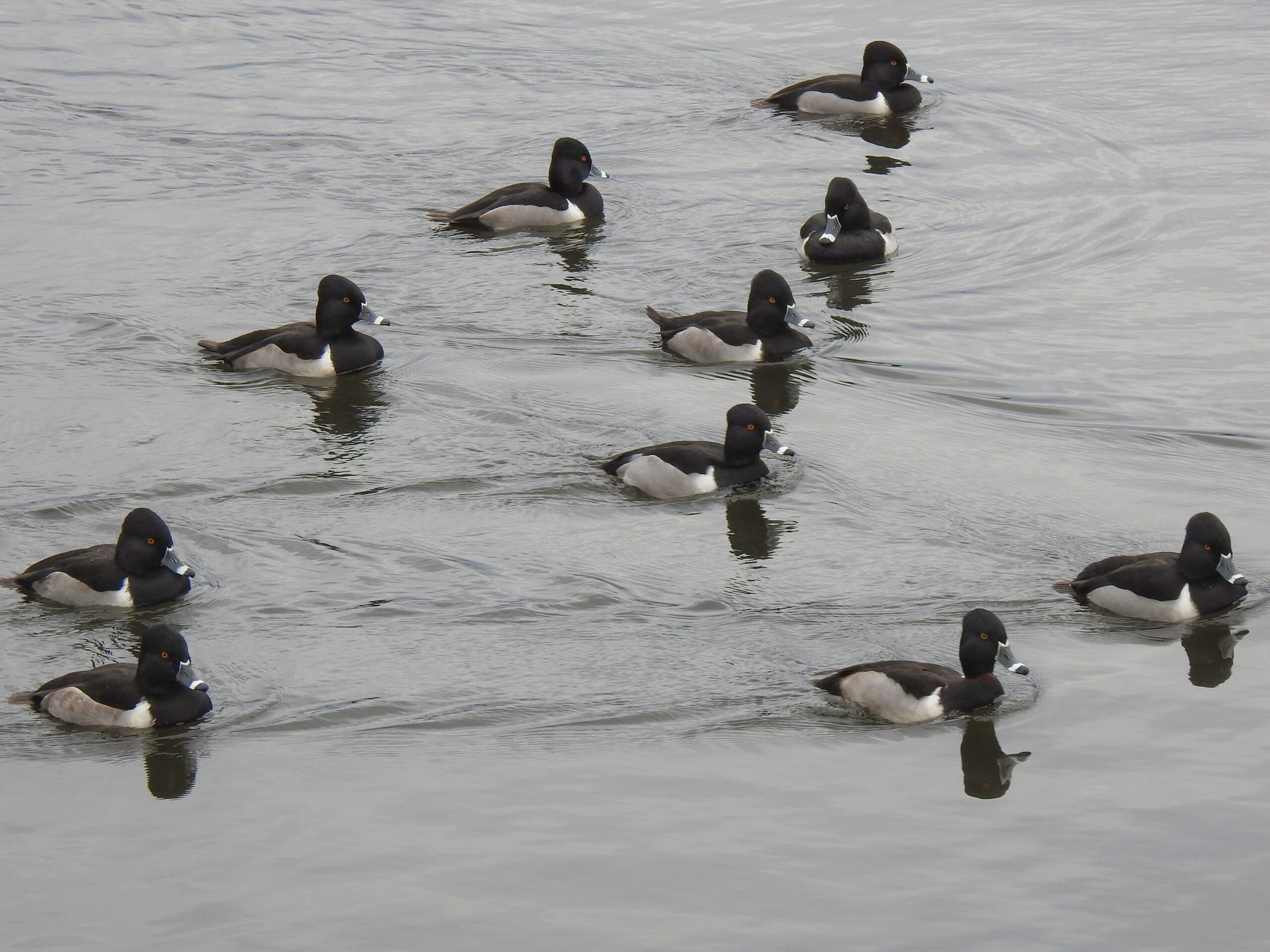 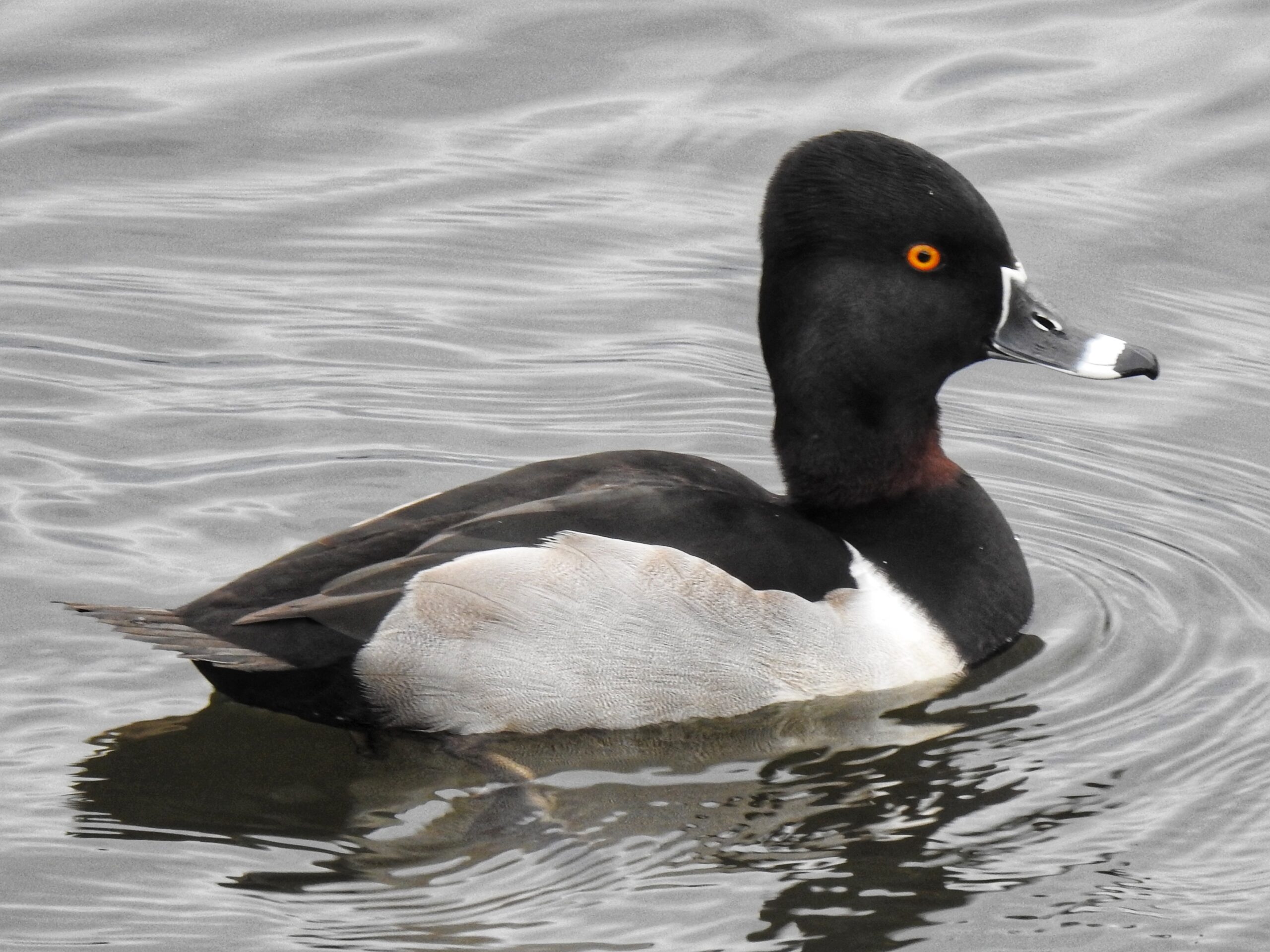 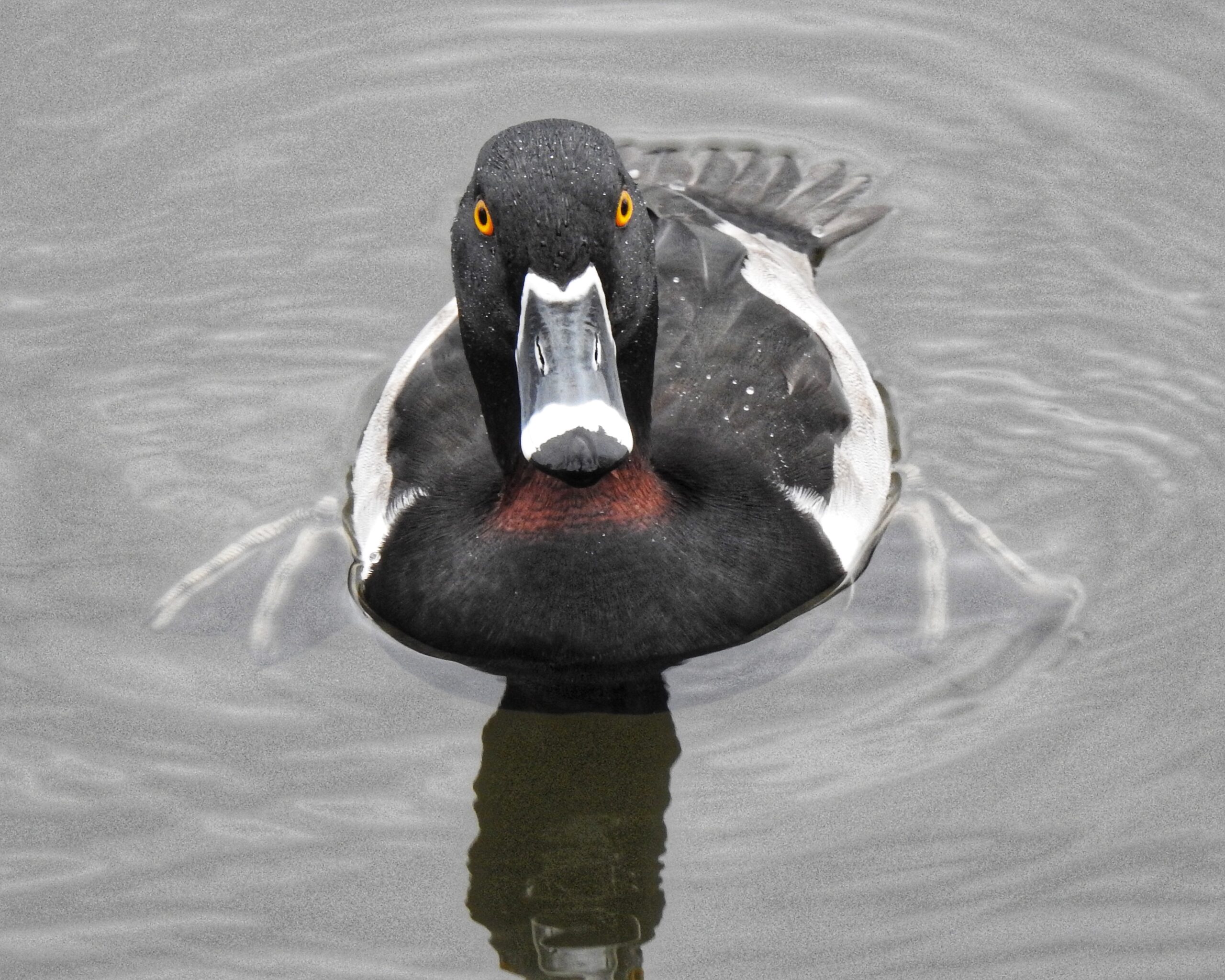 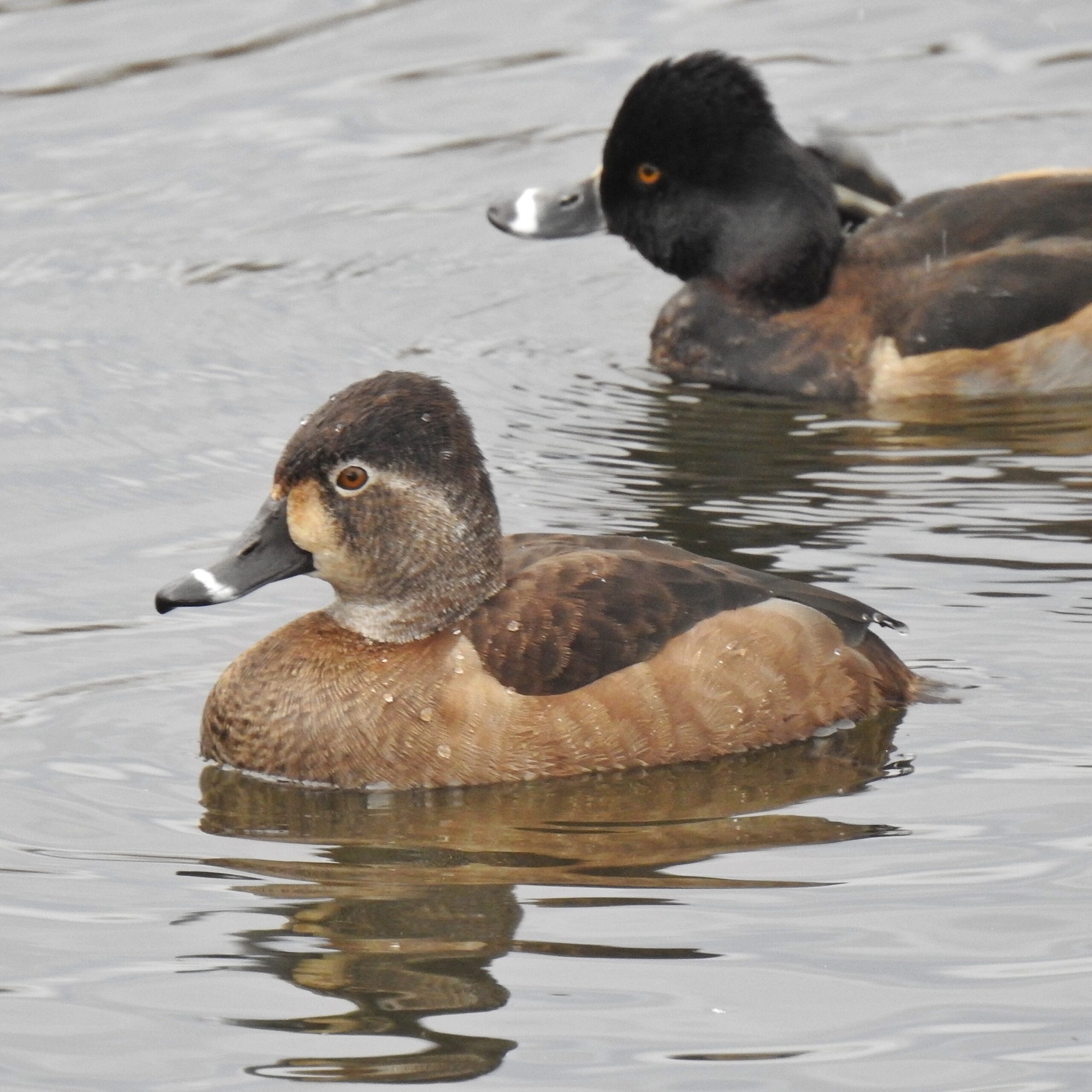 The rain never came, so after a McRib lunch and a stop at an antique mall, I wandered around Beaverfork Lake in Conway.

A few of perhaps 20 Northern Cardinals that were hopping around under the pines. 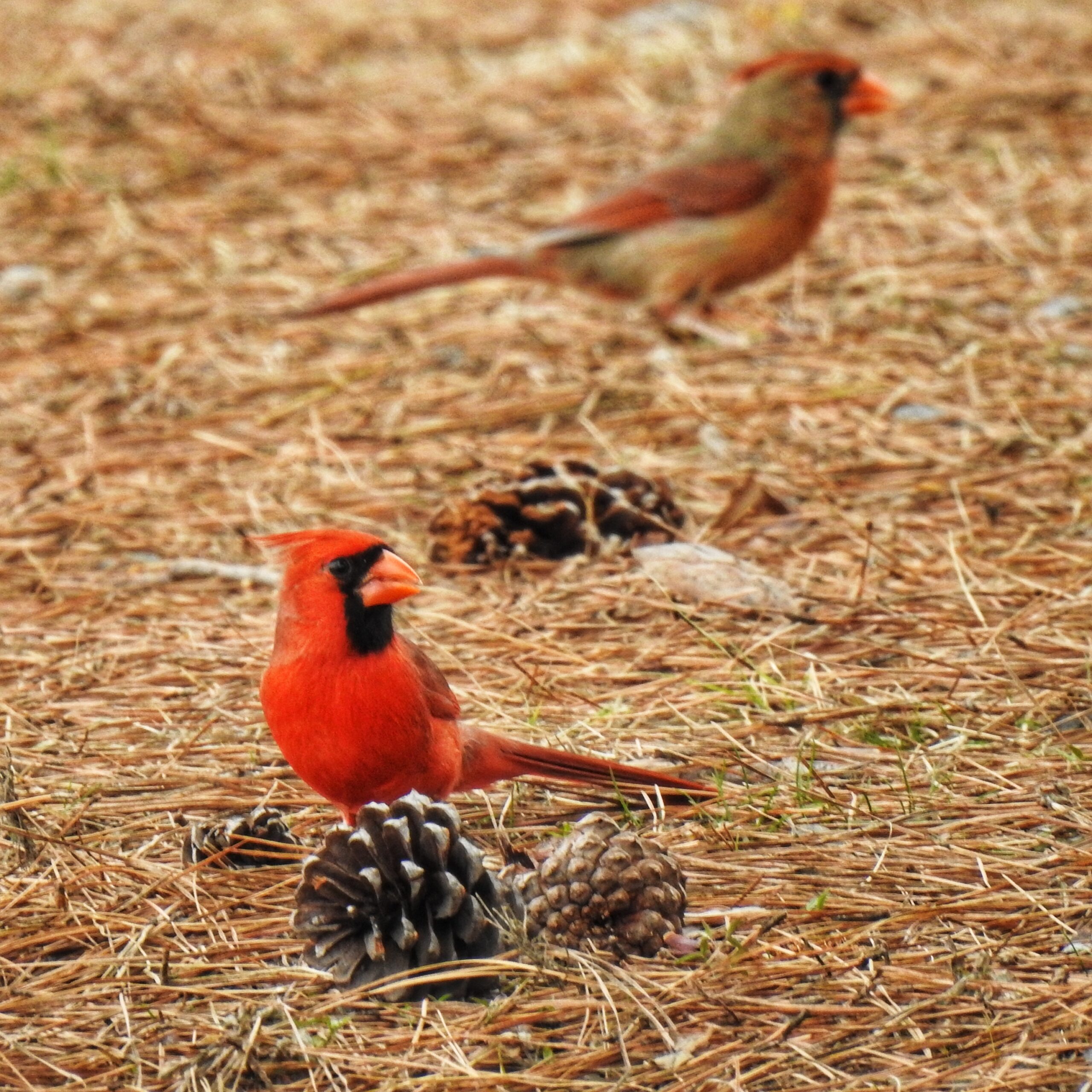 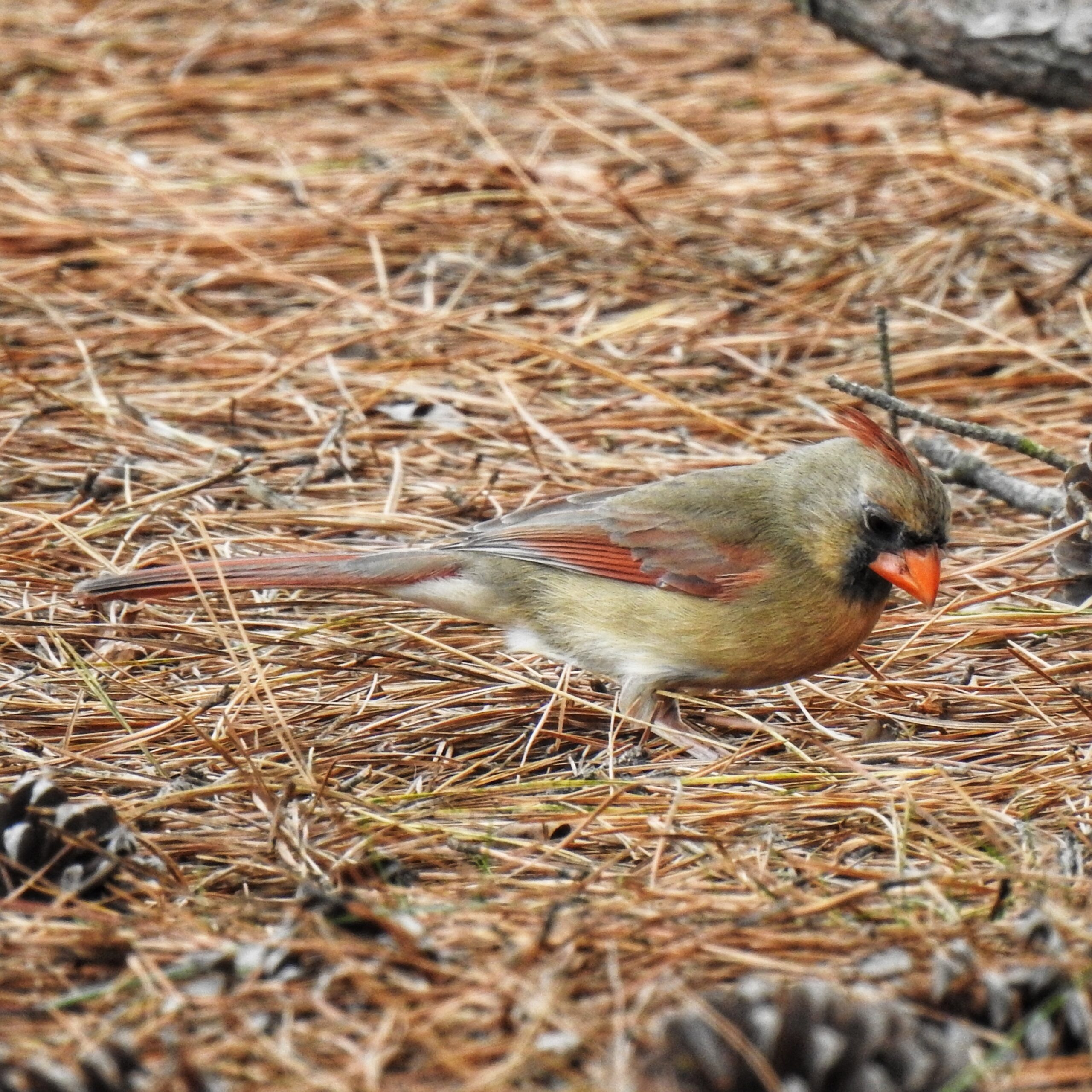 A Brown-headed Nuthatch. Not a great photo, obviously, but I caught the bird in mid-shiver and I think it’s kinda funny. 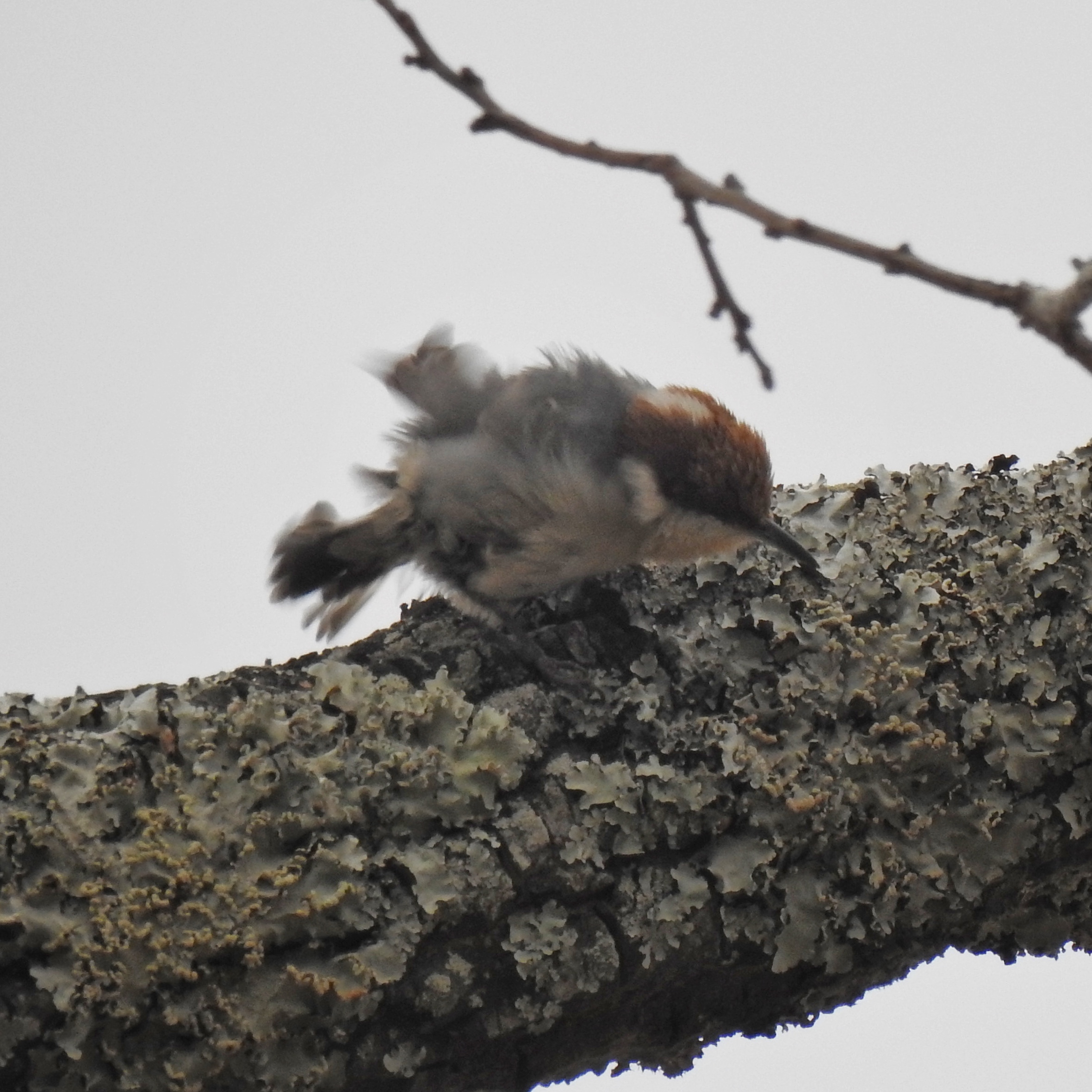 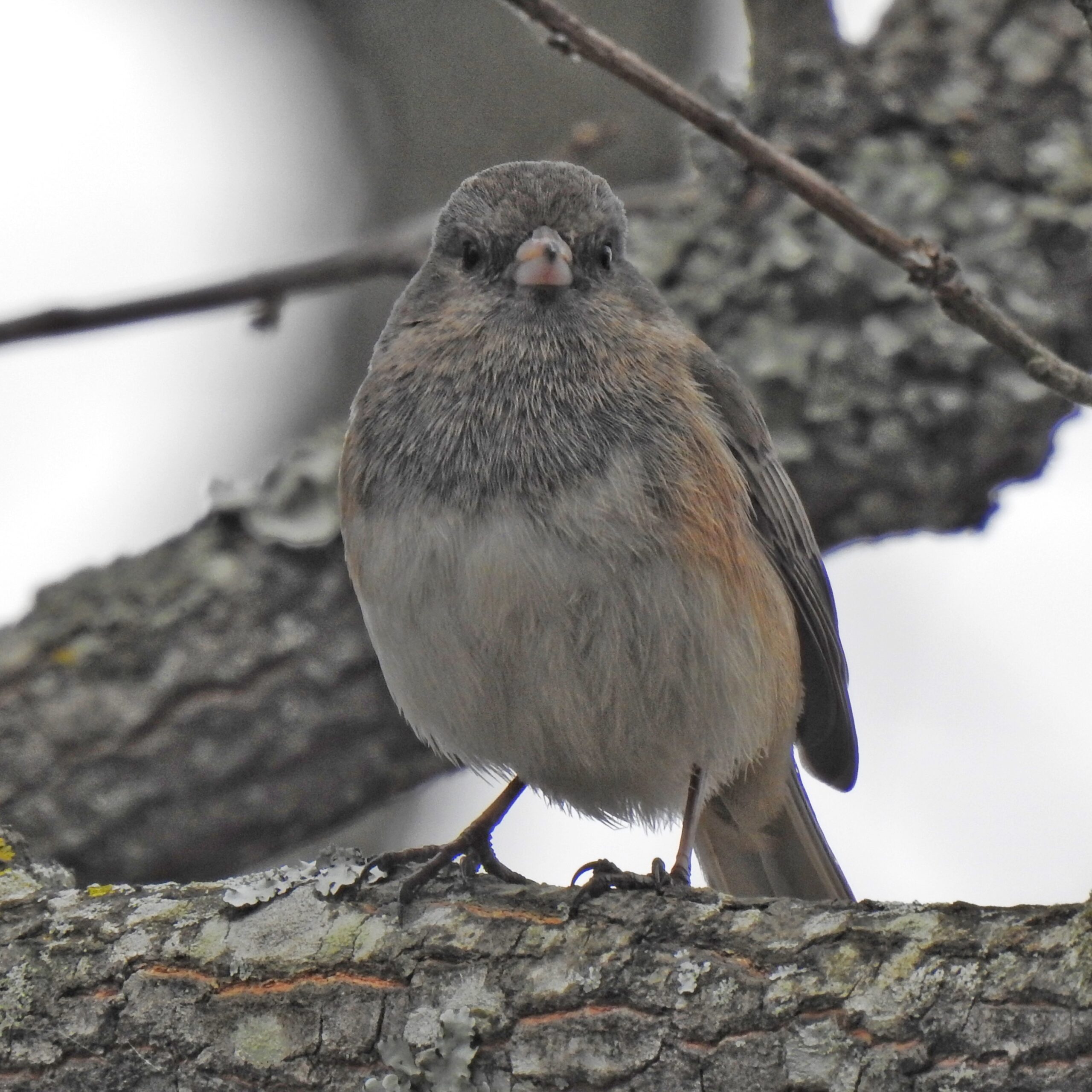 On Thursday, I drove to Pine Bluff to see the Tropical Kingbird (next post). There was a twofer on rare flycatchers in Arkansas this year. Somebody found a Fork-tailed Flycatcher in rural Desha County, about half a mile west of the Mississippi. This is a South American bird, but every year one or two wander north and show up somewhere in the states. I saw one in Cook County in 2005. But I didn’t have my camera then. Since November 16, it’s been hanging around the fields along a country road—and sometimes on the road or on the wire that crosses it. There’s nothing about the spot that looks particularly inviting, particularly on this day when the wind was howling across the flats.

I parked and watched for it. Then I got out and walked. Then I got back in the car and watched some more. After perhaps 20 minutes, I figured I’d missed. I drove south along the road for perhaps half a mile, then turned around and drove slowly back. I spotted the bird as it landed low in a bush about 25 yards off the pavement. I pulled up next to it. For the next 10 minutes, I looked at it while it looked around and tried to balance in the wind. 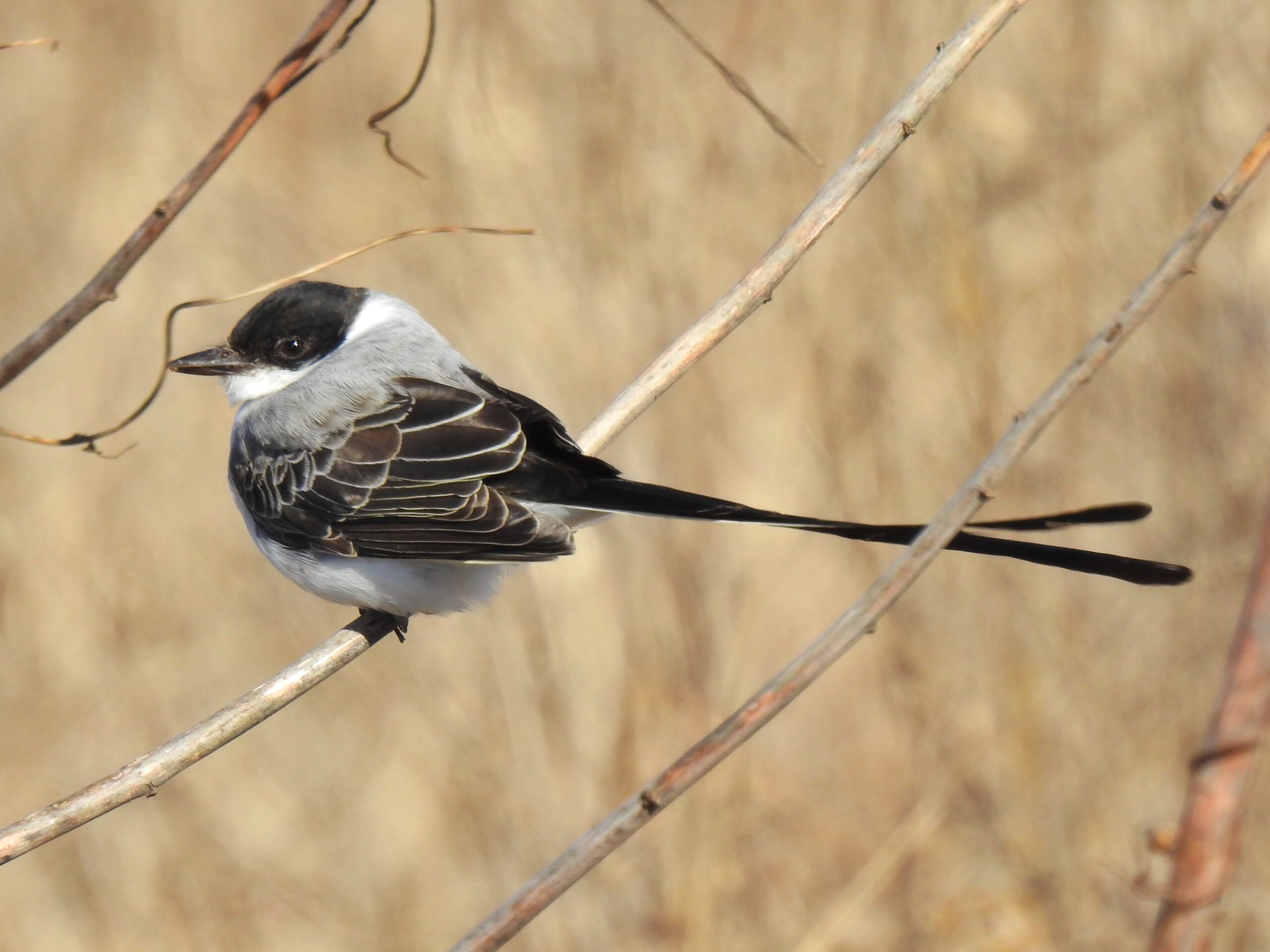 You can see it in this photo as the small gray spot in the lower center. 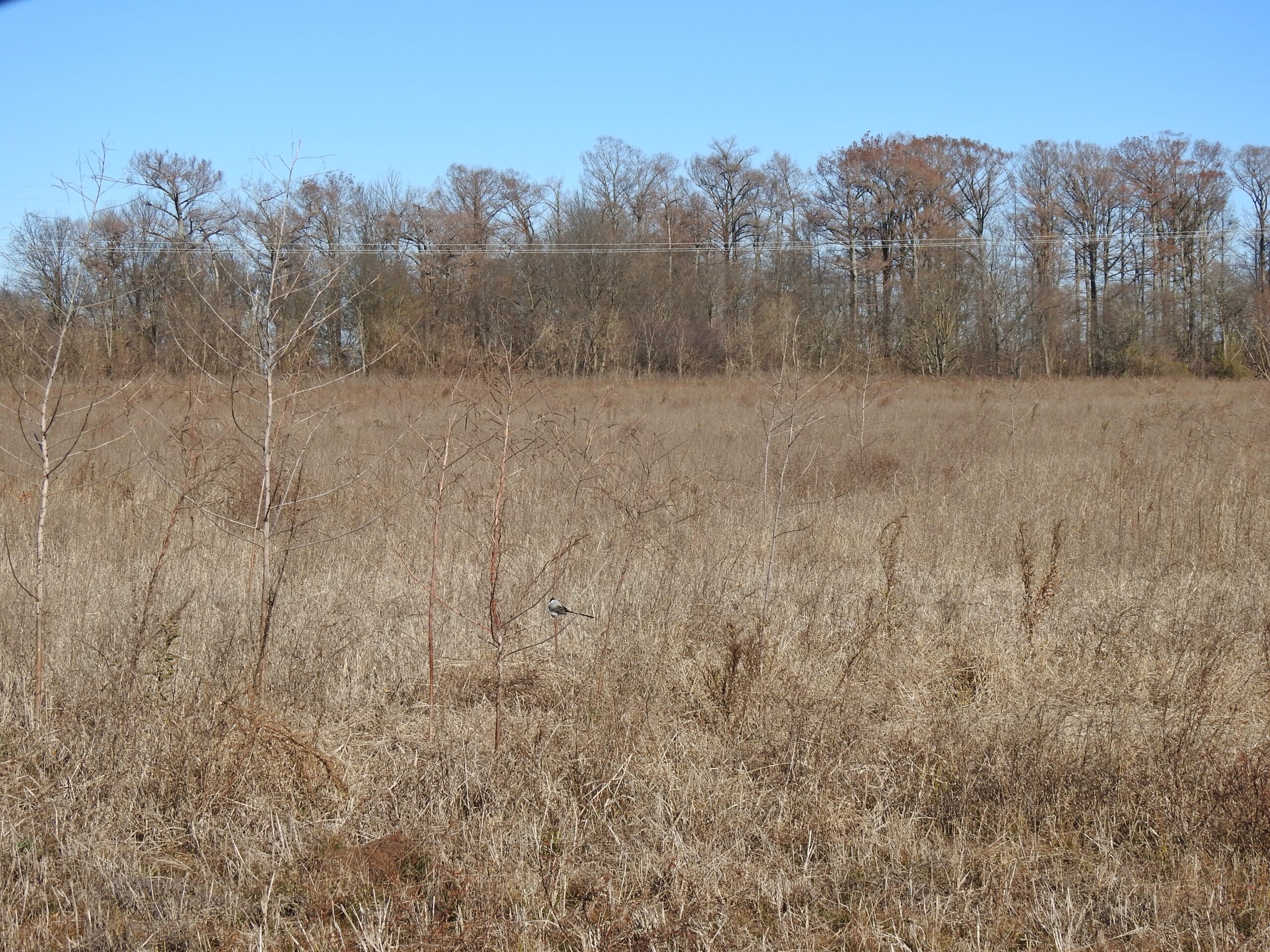 It flew back behind me to a wire, then off into the field on the other side of the road, then to the wire that crosses the road. 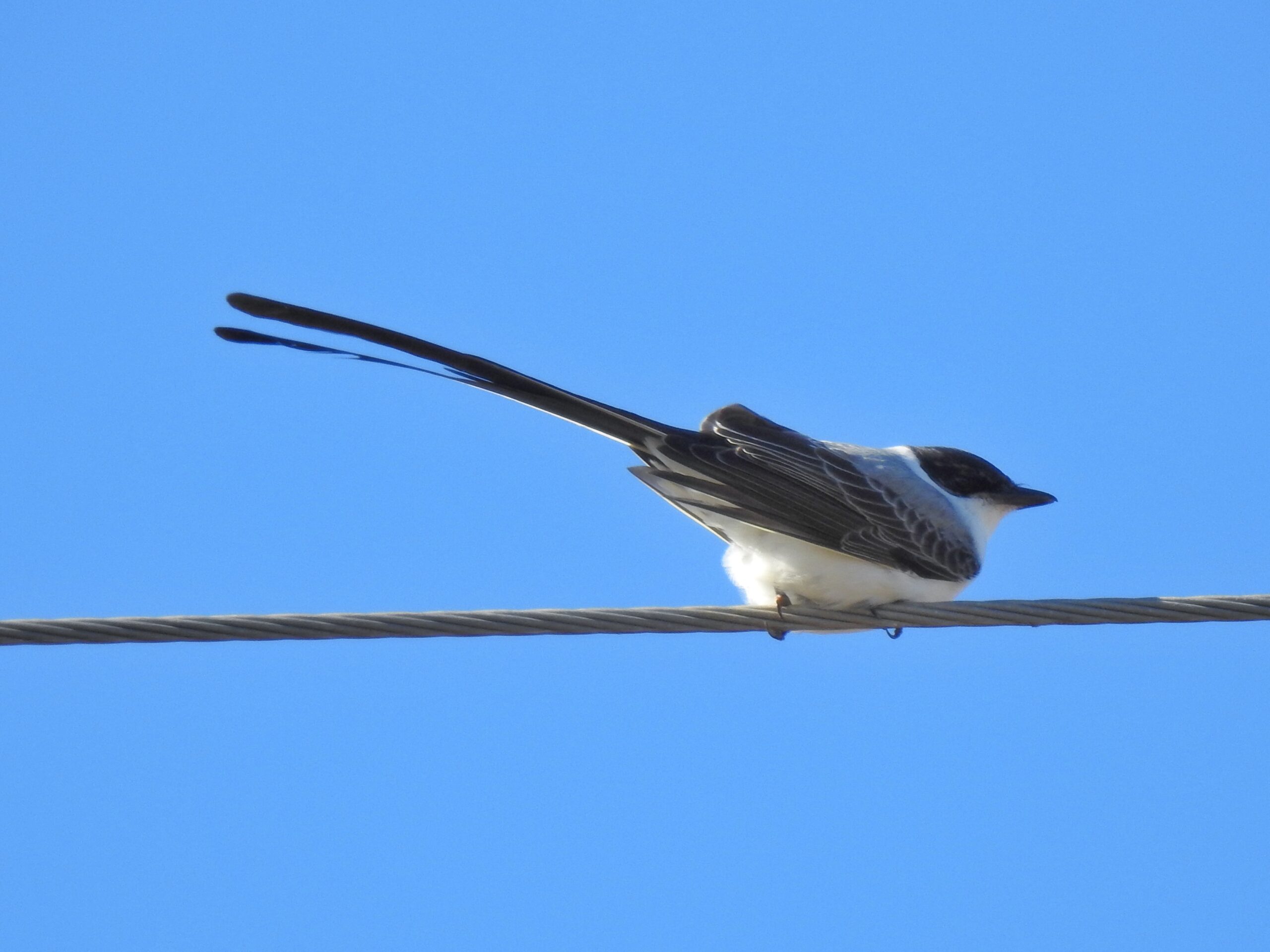 When one of the many trucks from a nearby paper company rolled by, it flew off across the field and disappeared. The only other birds braving the wind in that field were a few Savannah Sparrows. 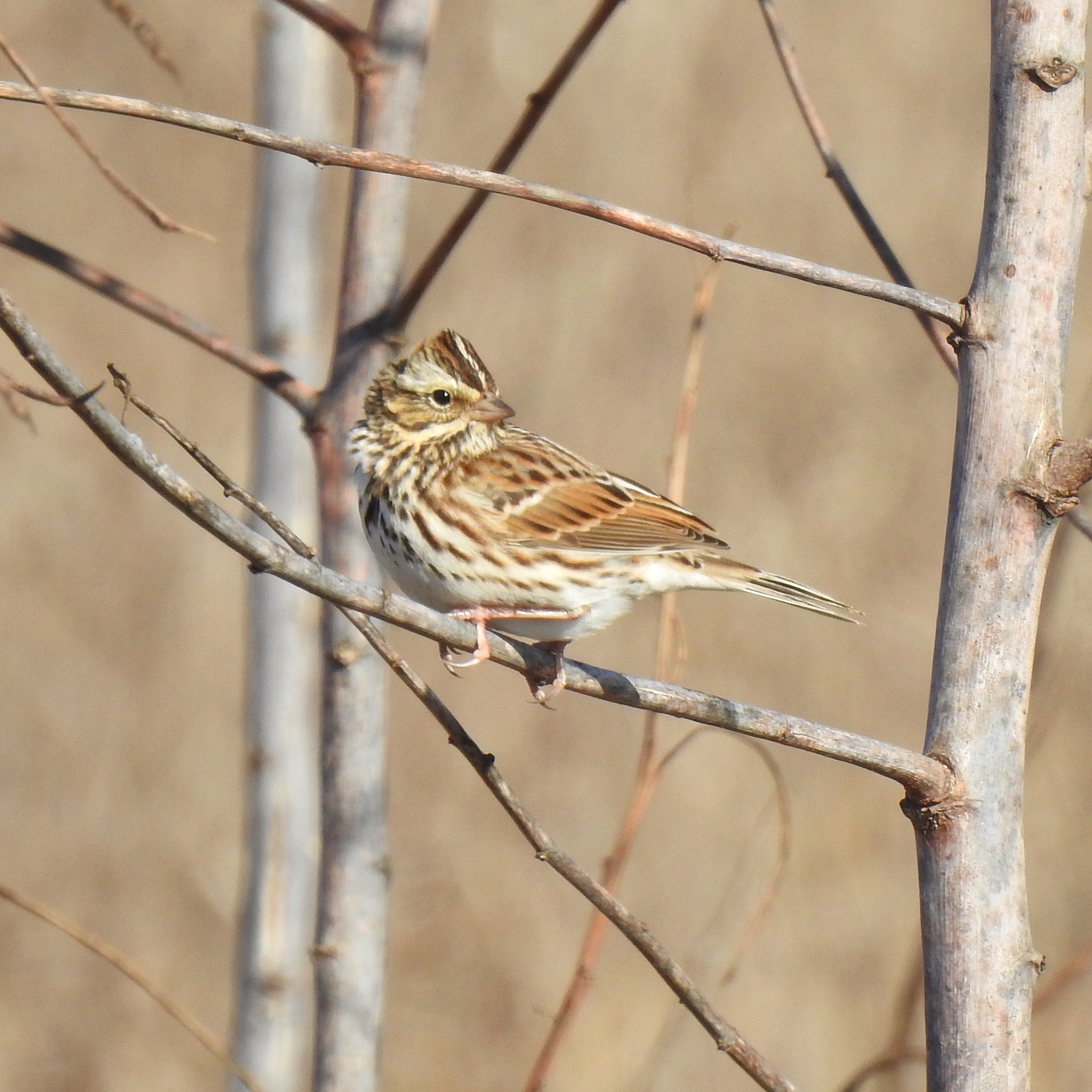 On my way back, I went by way of Stuttgart and passed seven or eight huge flocks of geese. Most of them were Snow Geese—both blue and white phase—but there were also many Greater White-fronted Geese and a few Ross’s Geese. When I say huge, I mean 10s of thousands. They never let me get very close, so my photos aren’t great. Here is a small flock of White-fronts. 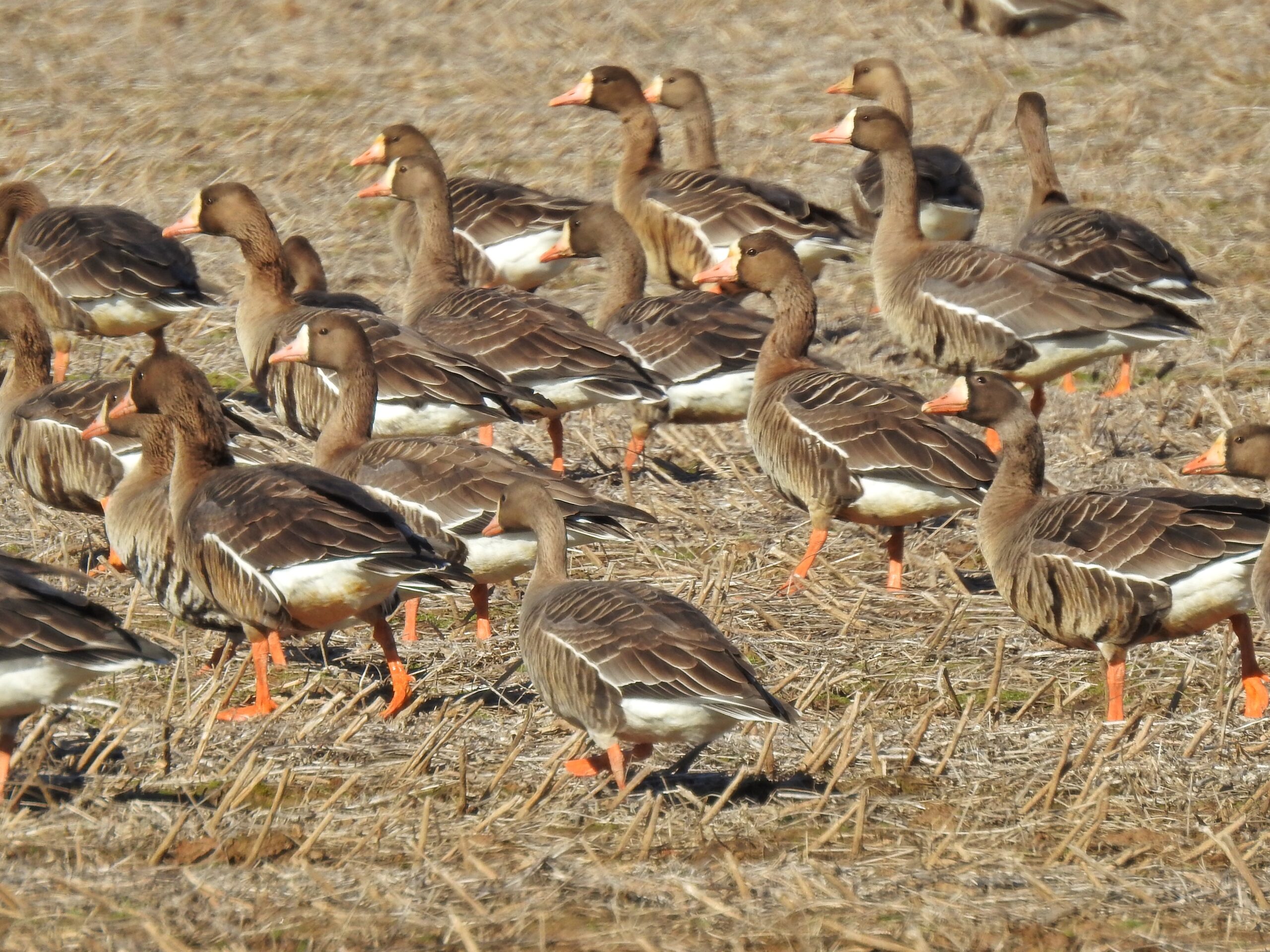 On Sunday, I spent several hours at Holla Bend. If you made a list of the 50 birds most likely found in Arkansas in December—that’s my list. I saw nothing out of the ordinary, but I had a good time and got my walking miles in. 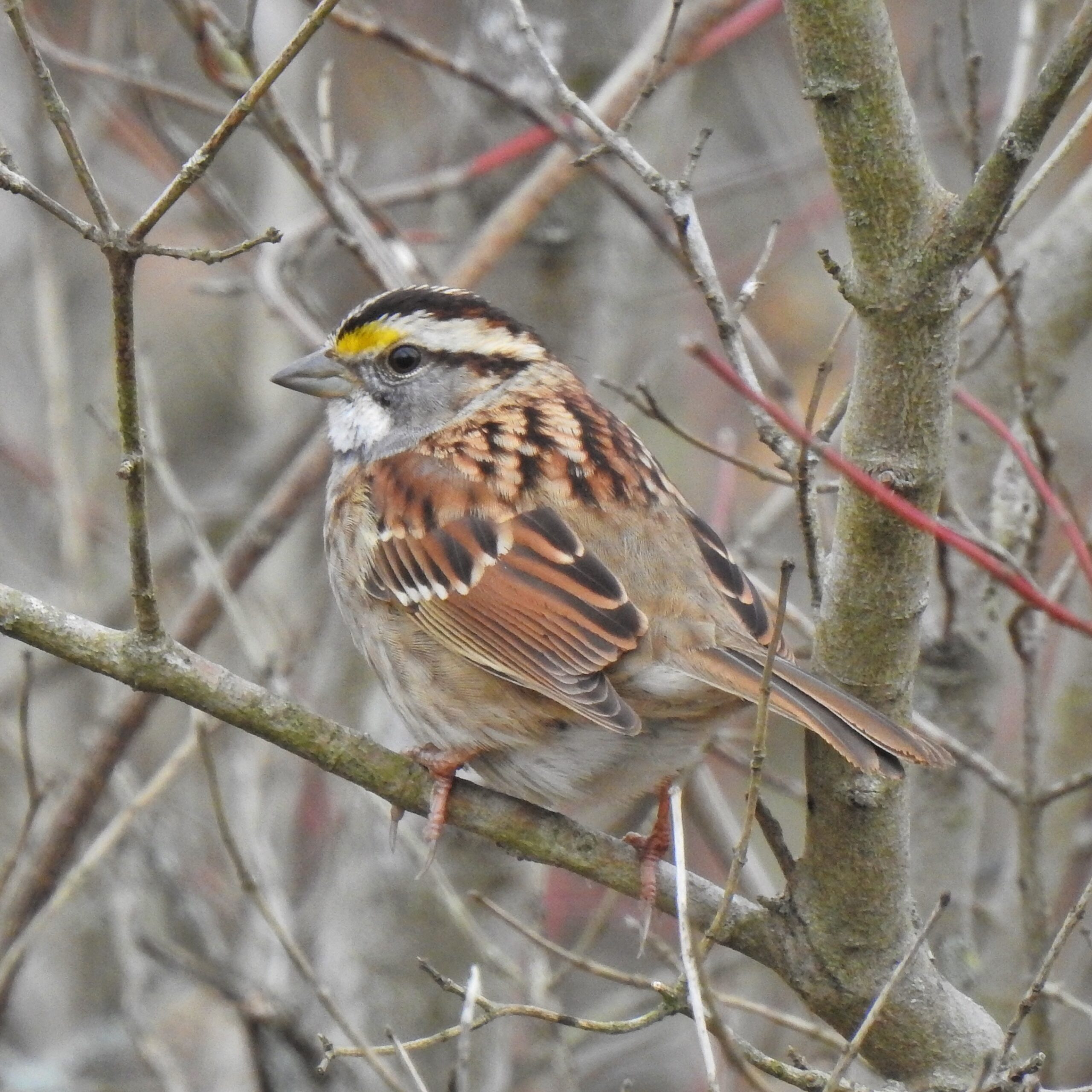 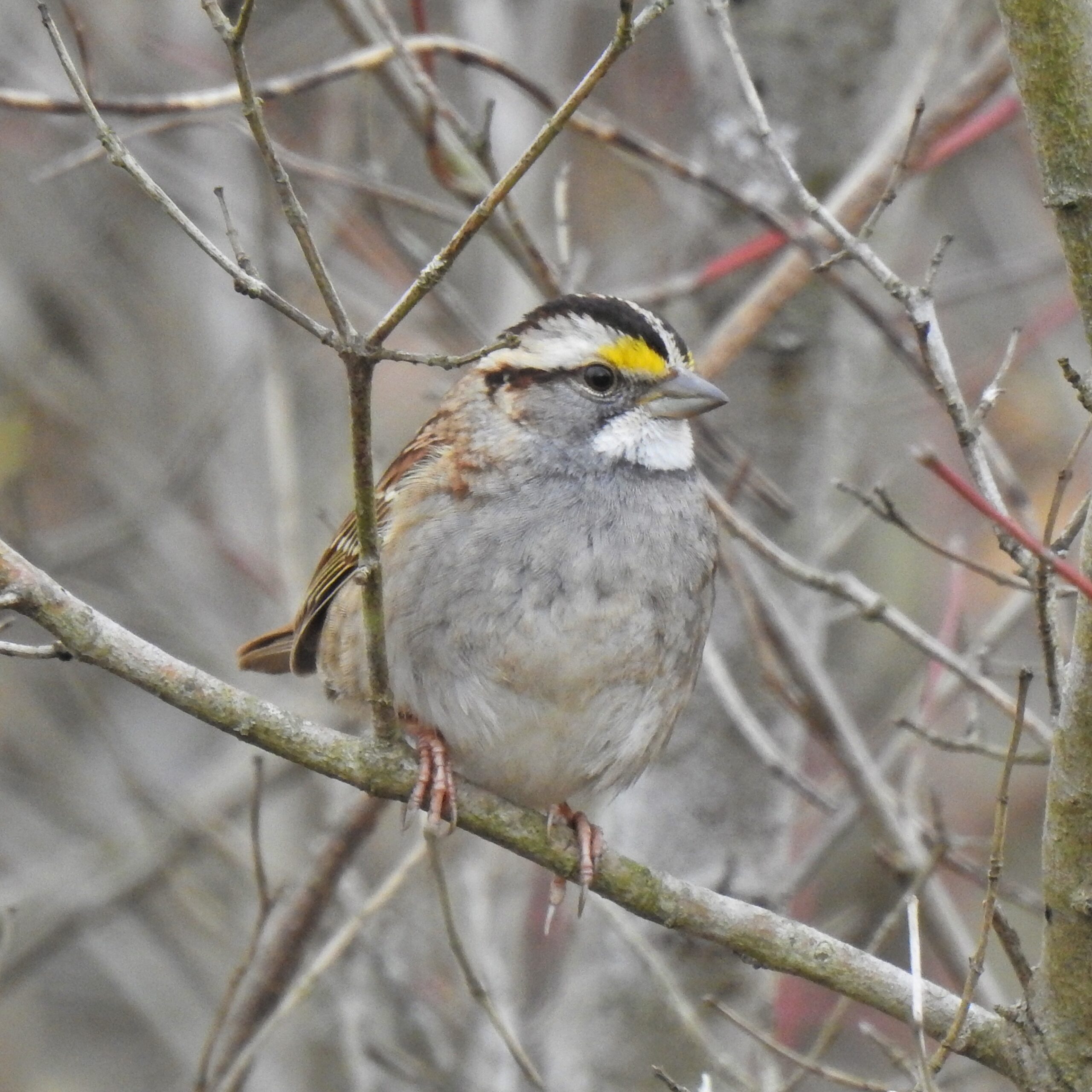 Rain was forecasted for Wednesday, Thursday, and Friday, so I went out on another gray, gloomy day on Tuesday to Bona Dea Trails in Russellville. 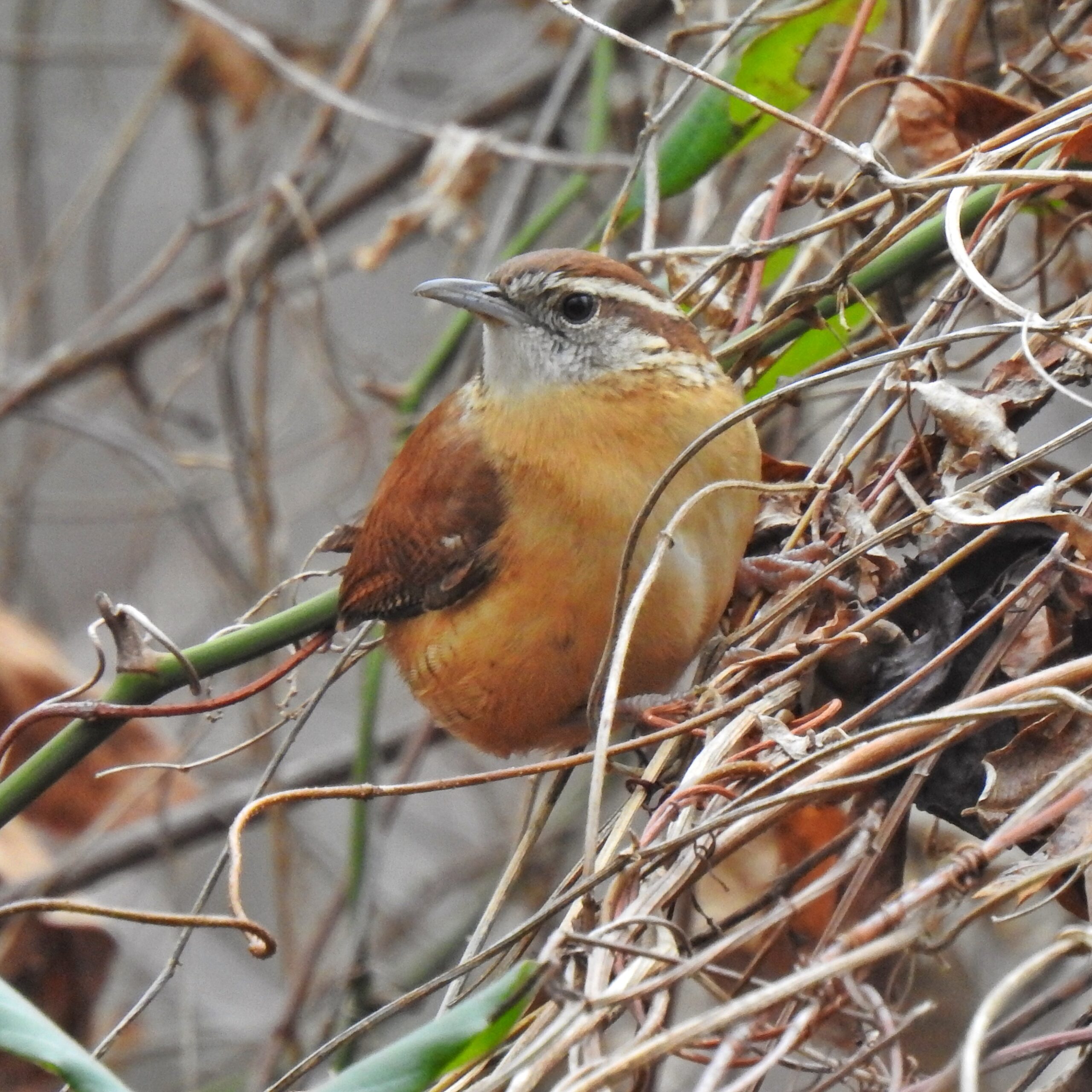 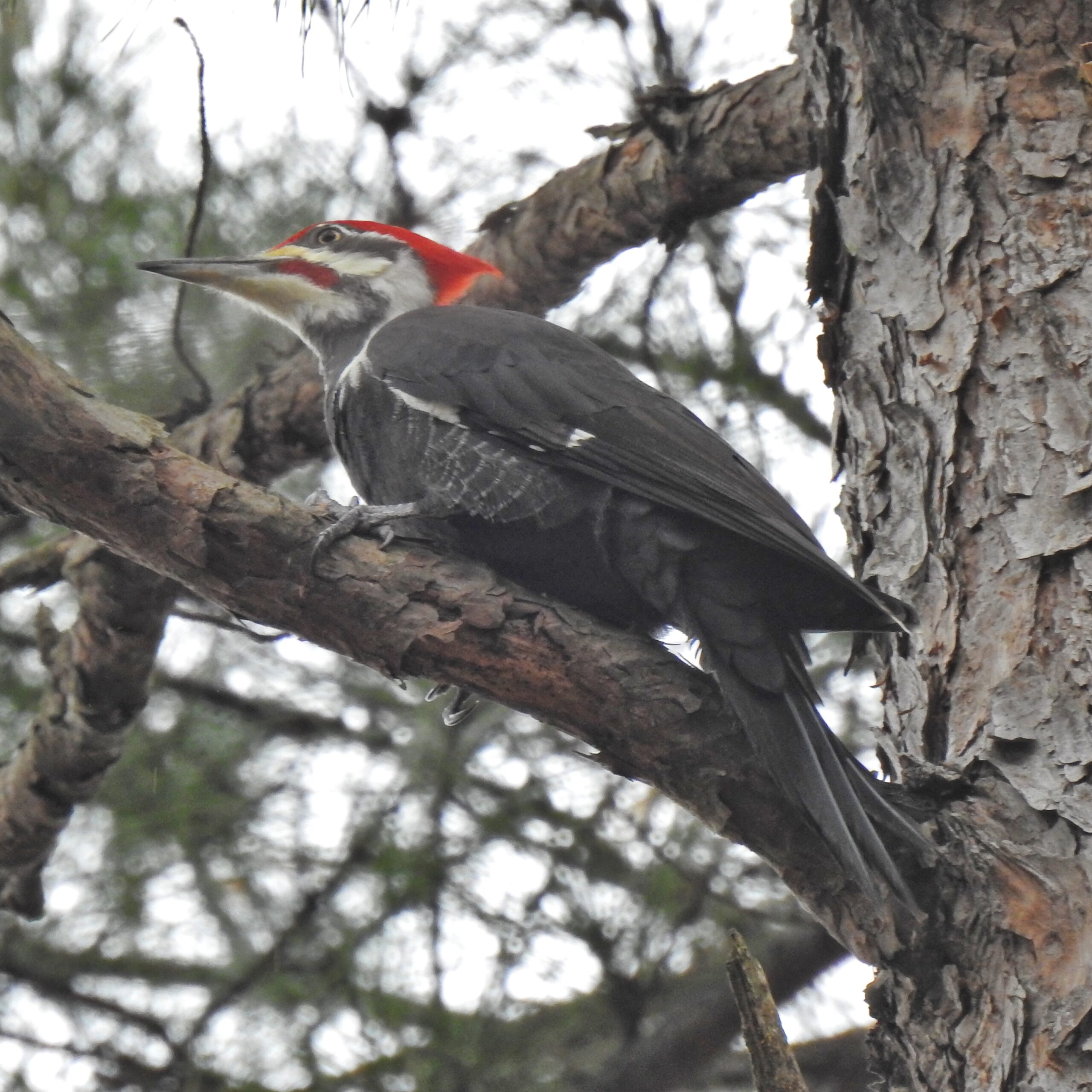 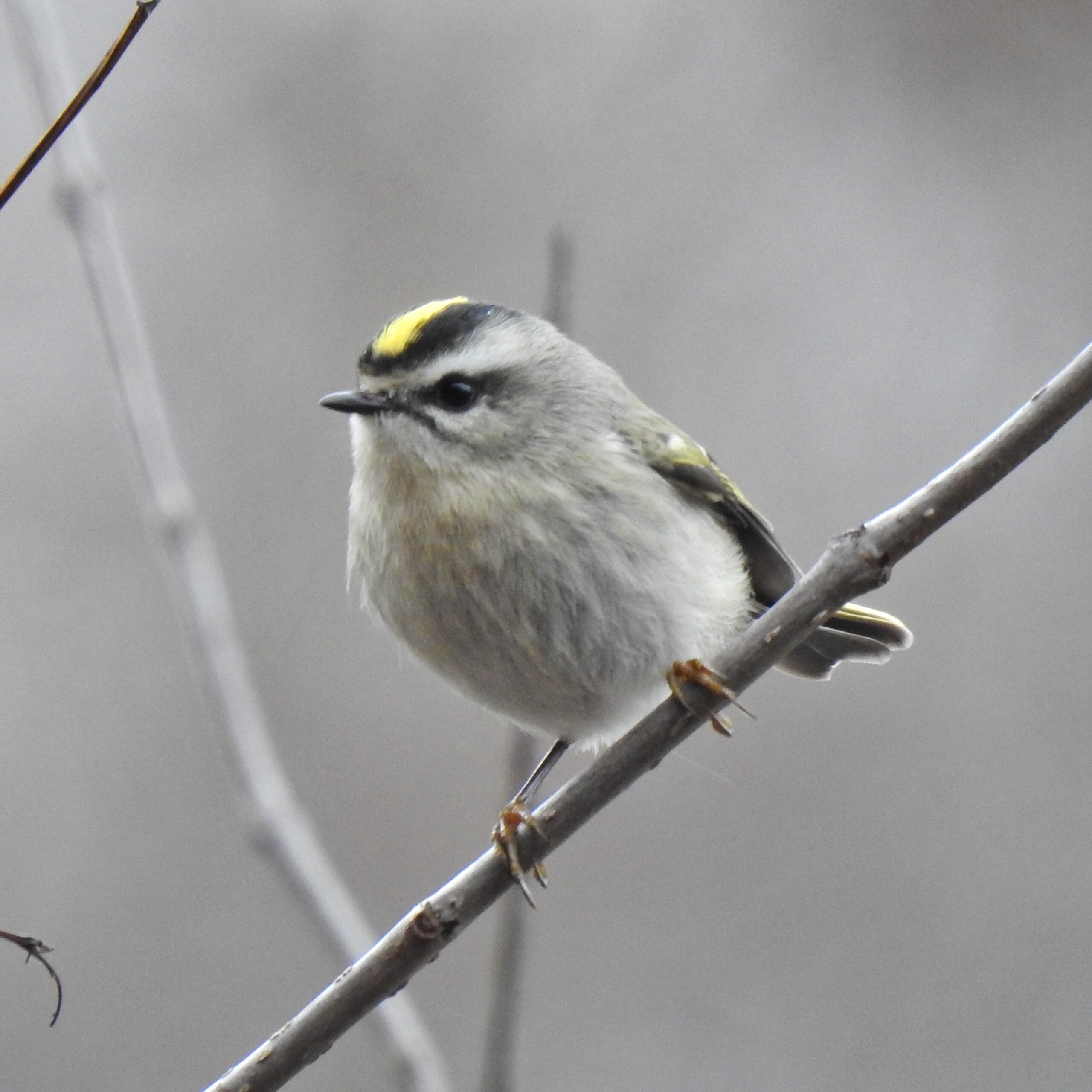 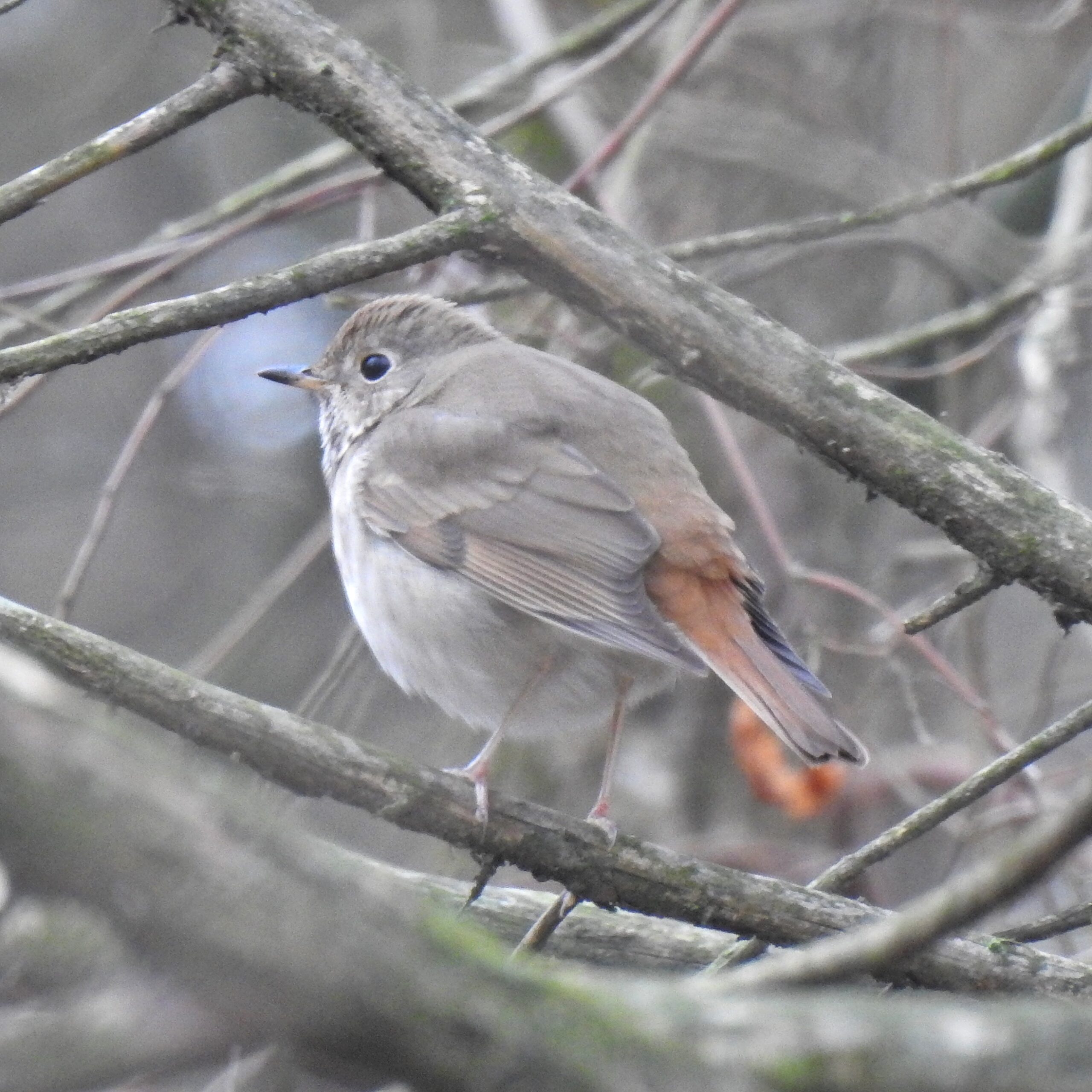 Other photos I took during the week. 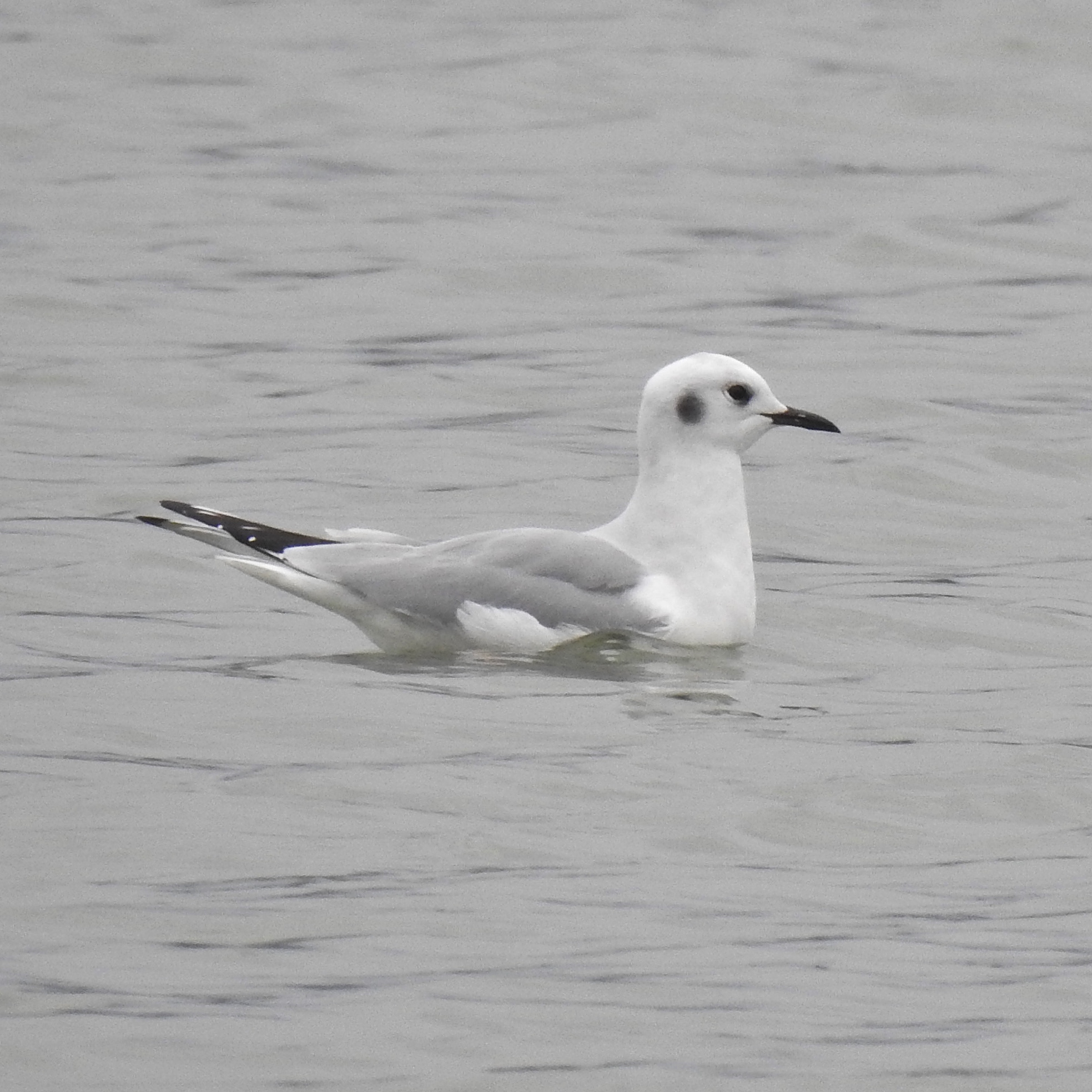 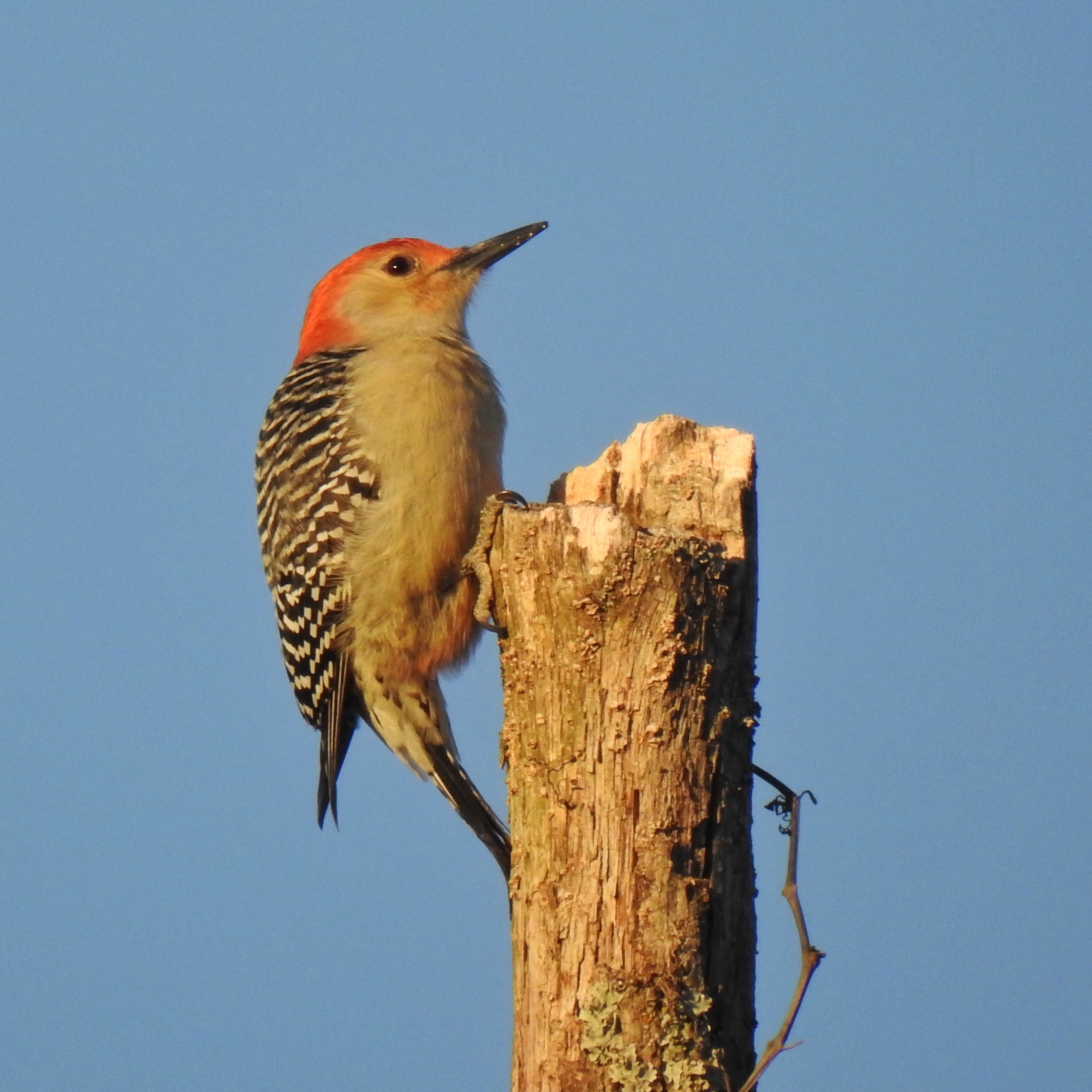 I ended up with 82 species for the week.